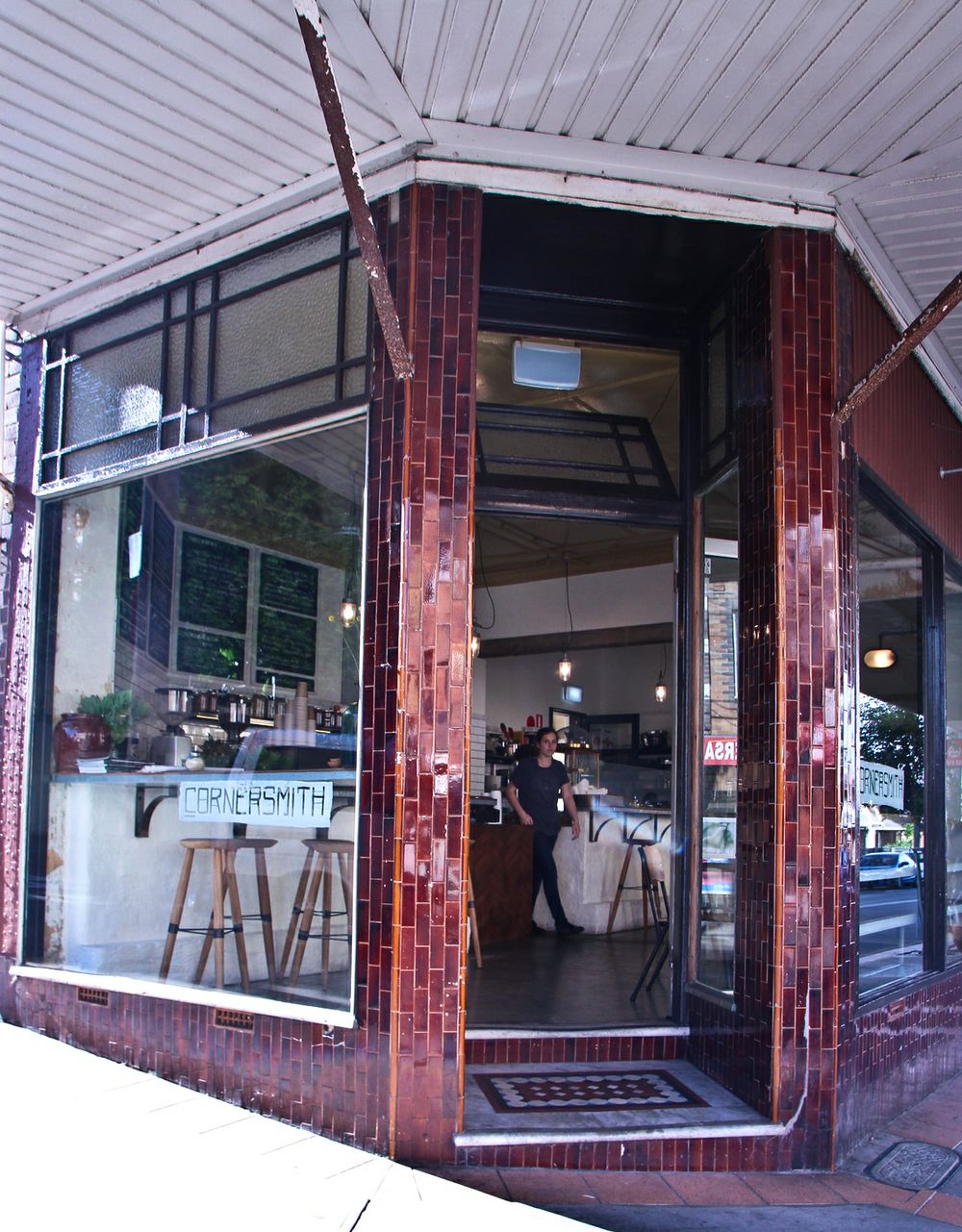 When I was in High School I used to use all sorts of excuses to get out of doing P.E. I would say invent all sorts of ailments  because excuses like "the dog ate my homework" wouldn't exactly suffice (and does anyone really use that excuse anymore?). So when I first wanted to visit Cornersmith on a Monday I was dismayed to see that they were closed. But when I heard that they were closed on Mondays for pickling, well that just made me chuckle. 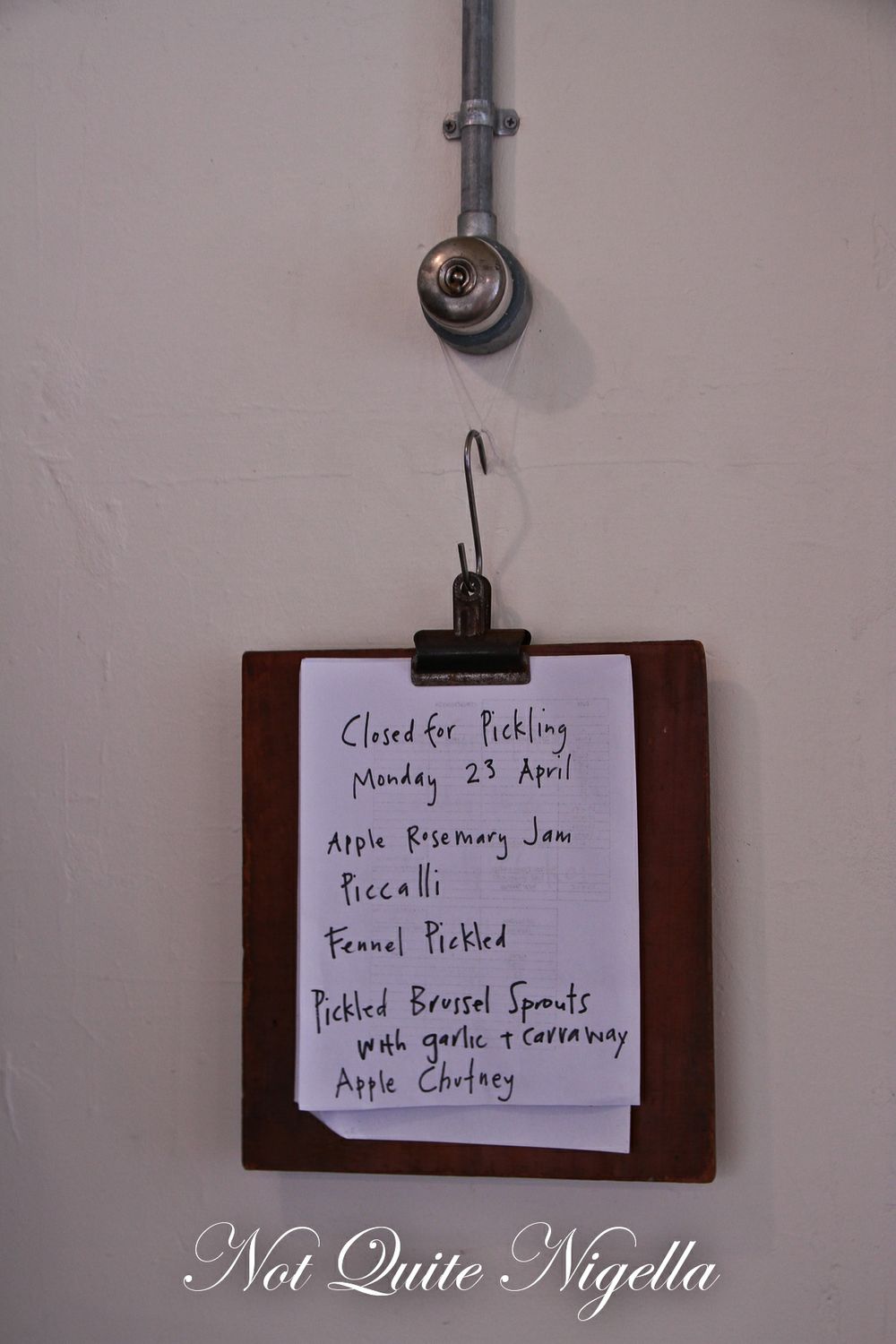 I was put onto Cornersmith by my cousin in law Catherine who is a Marrickville local. True to the name, it sits on the corner of Illawarra Road and Petersham Road, and has been open since January this year. Catherine's advice was go later on in the day as she described it as intensely busy and full during lunch time. And even when Buxom Wench and I meet there one Tuesday afternoon at 1:30pm she nabs the only free table (although there are bar seats). The room  is small and the menu in written on the chalkboard. 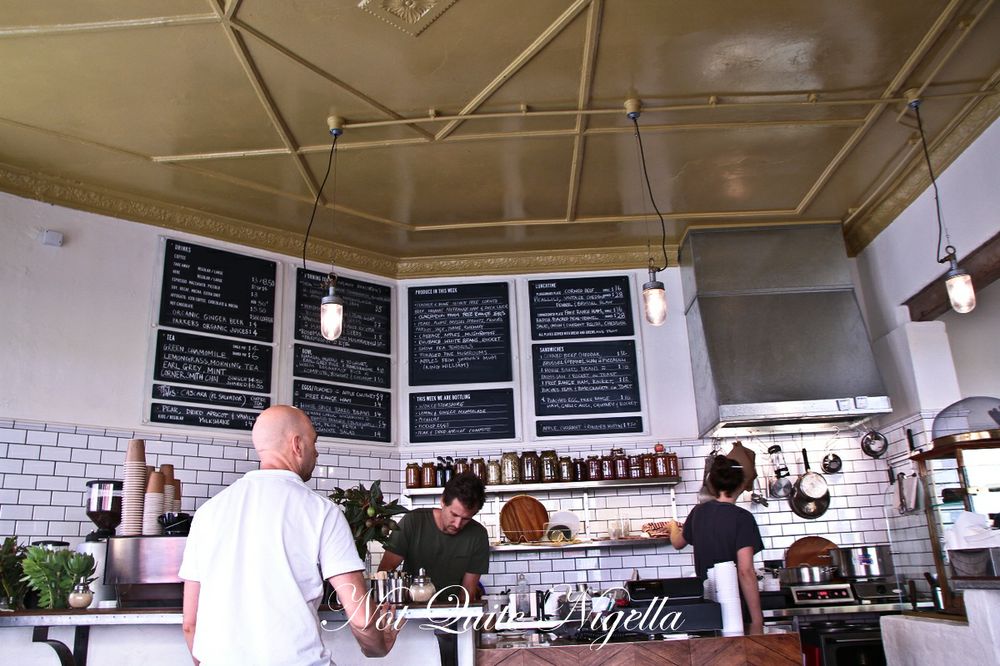 There is a list of "Produce this week" that outlines where all of the various ingredients are from. There is nitrate free corned beef, ham and duck liver from Feather and Bone, foraged pine mushrooms and King William "apples from Johnnie's mum". The bread is from Brasserie Bread and there is also a list of the items that they are bottling. 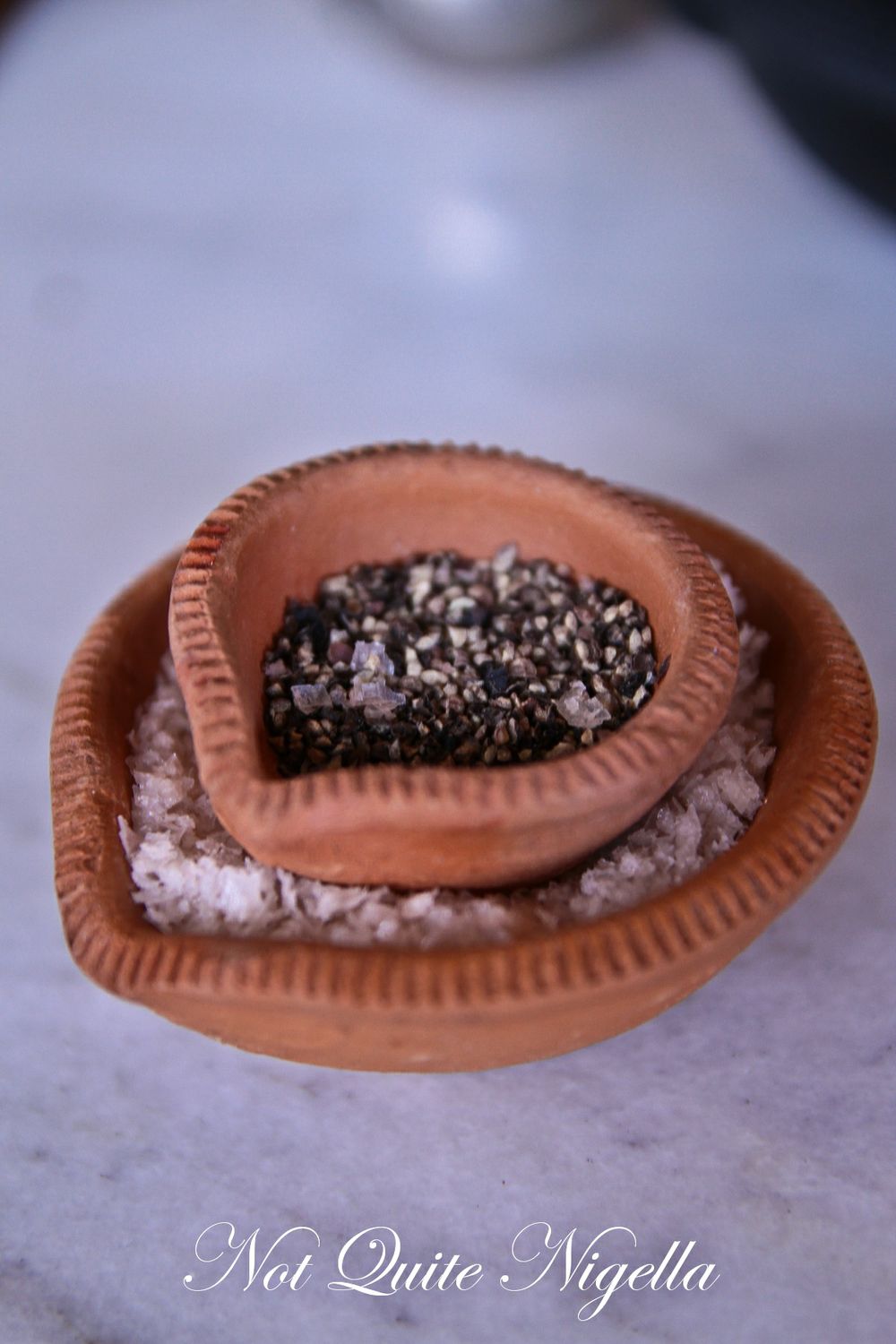 Menu items are broken down into sections like "morning toast", "bowl" and "eggs" and we ask the waitress what she recommends. We decide on a sandwich and one of the plates. Prices are very reasonable and you could certainly eat here without breaking the $20 barrier. And the atmosphere is welcoming hipster except and you don't feel like you need to have a pair of coloured Ray Ban Wayfarers to belong. 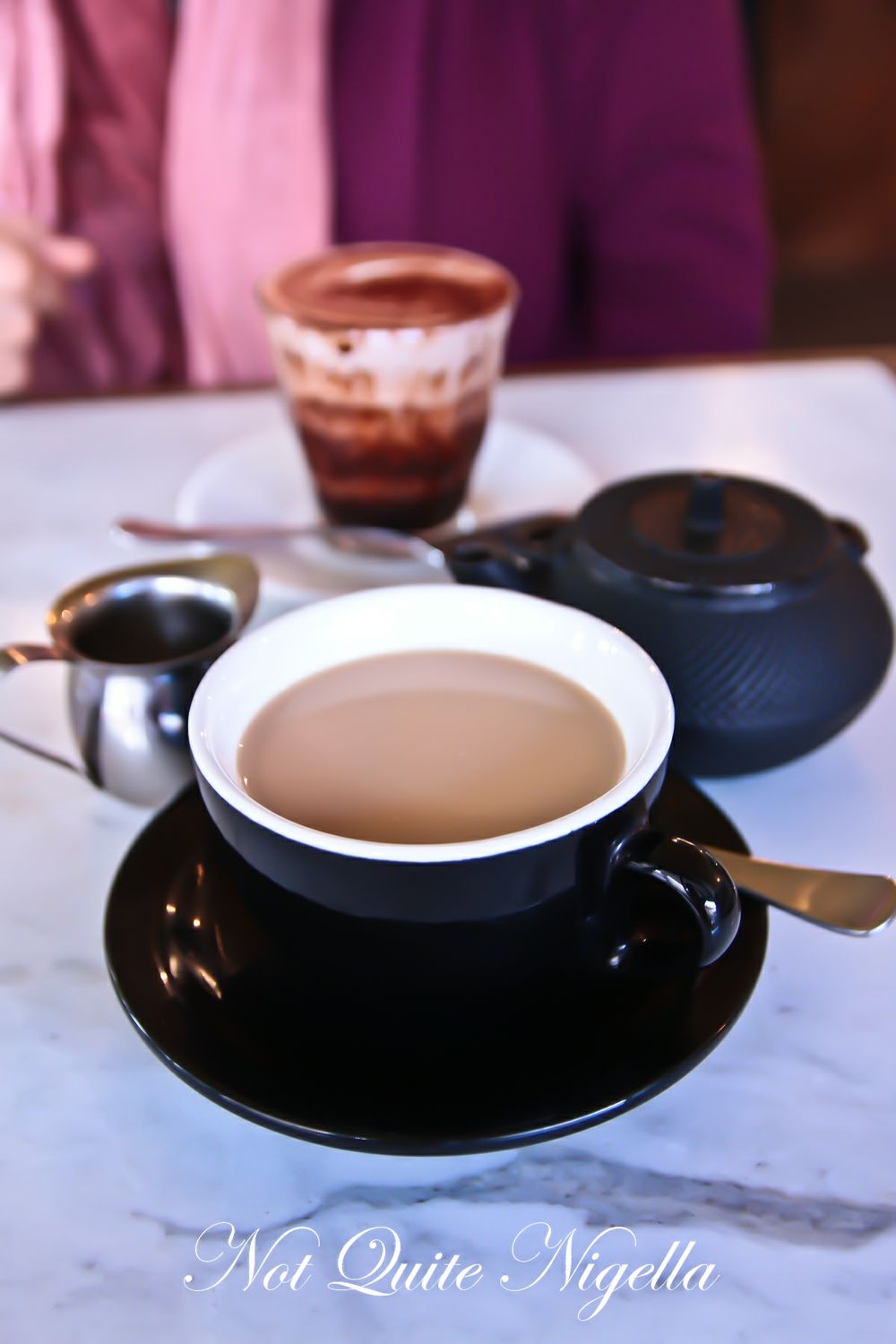 I tried the soy chai so that Buxom Wench could try some and it is aromatic and strong in star anise. I add some honey and it is very good-and you can't really taste  the soy much at all. 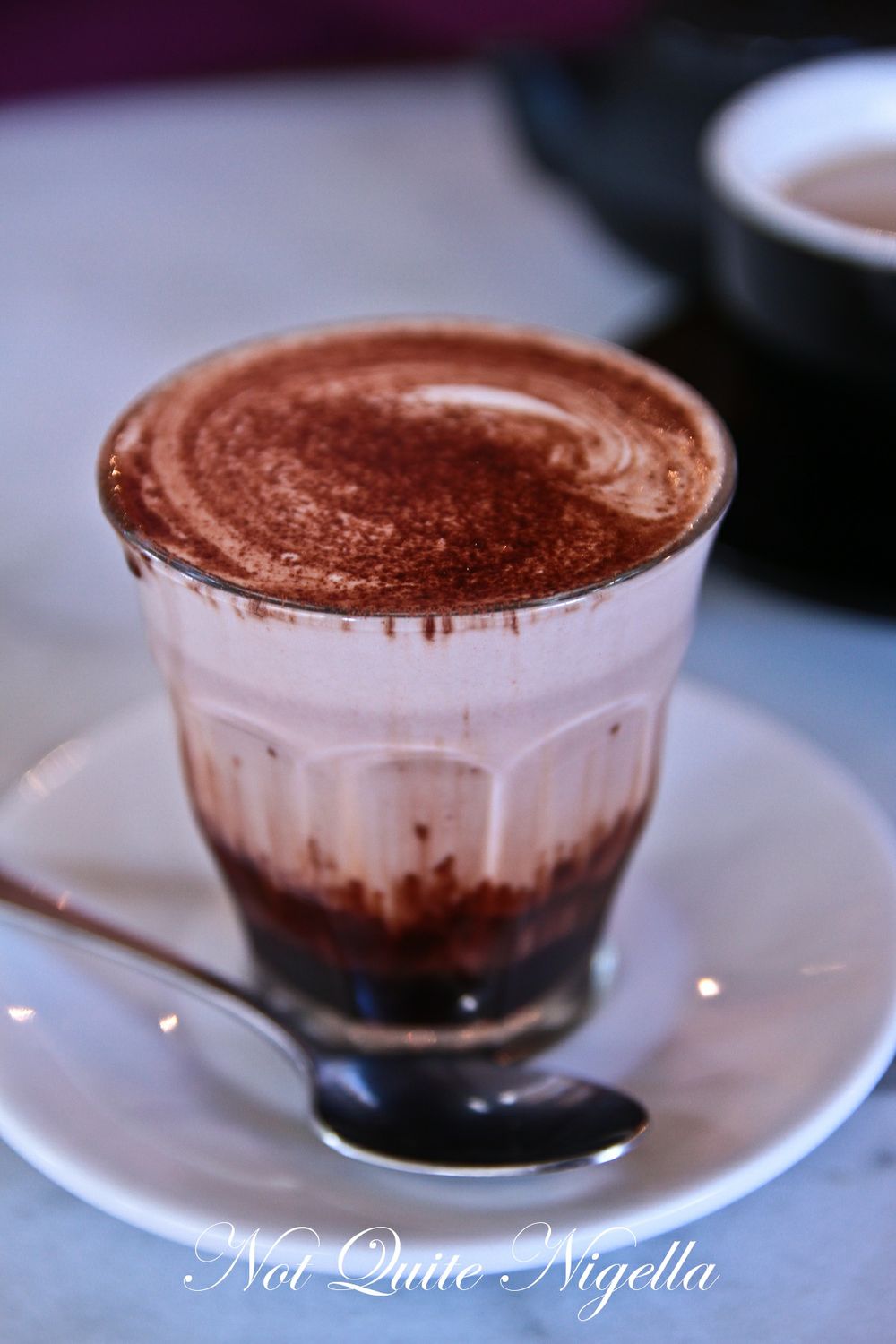 Buxom Wench is so taken by this soy hot chocolate that she orders another once it is done. I could taste the soy in this more than the chai though. 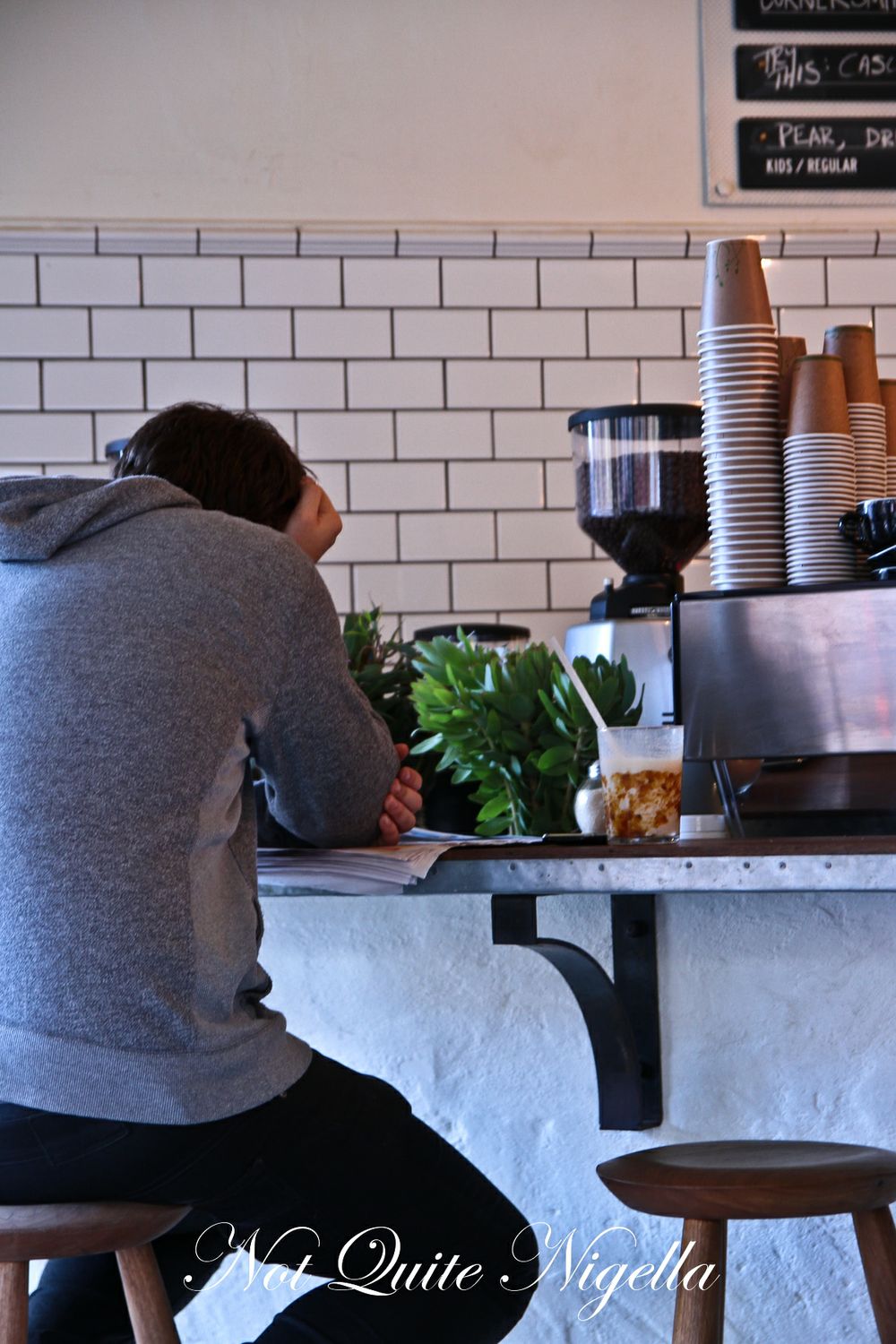 I watched this drink being carried to another patron and excited by the look of it. Buxom Wench followed my gaze and then whispered to me "Go on, ask him if you can take a photo of it!" Well I'm not that embarrassing (yet! ;) ) and I'd also have to try it too to be able to write about it and whilst he might be ok with me photographing it, I don't think it would extend to me trying some of his drink so I ordered one of my own. 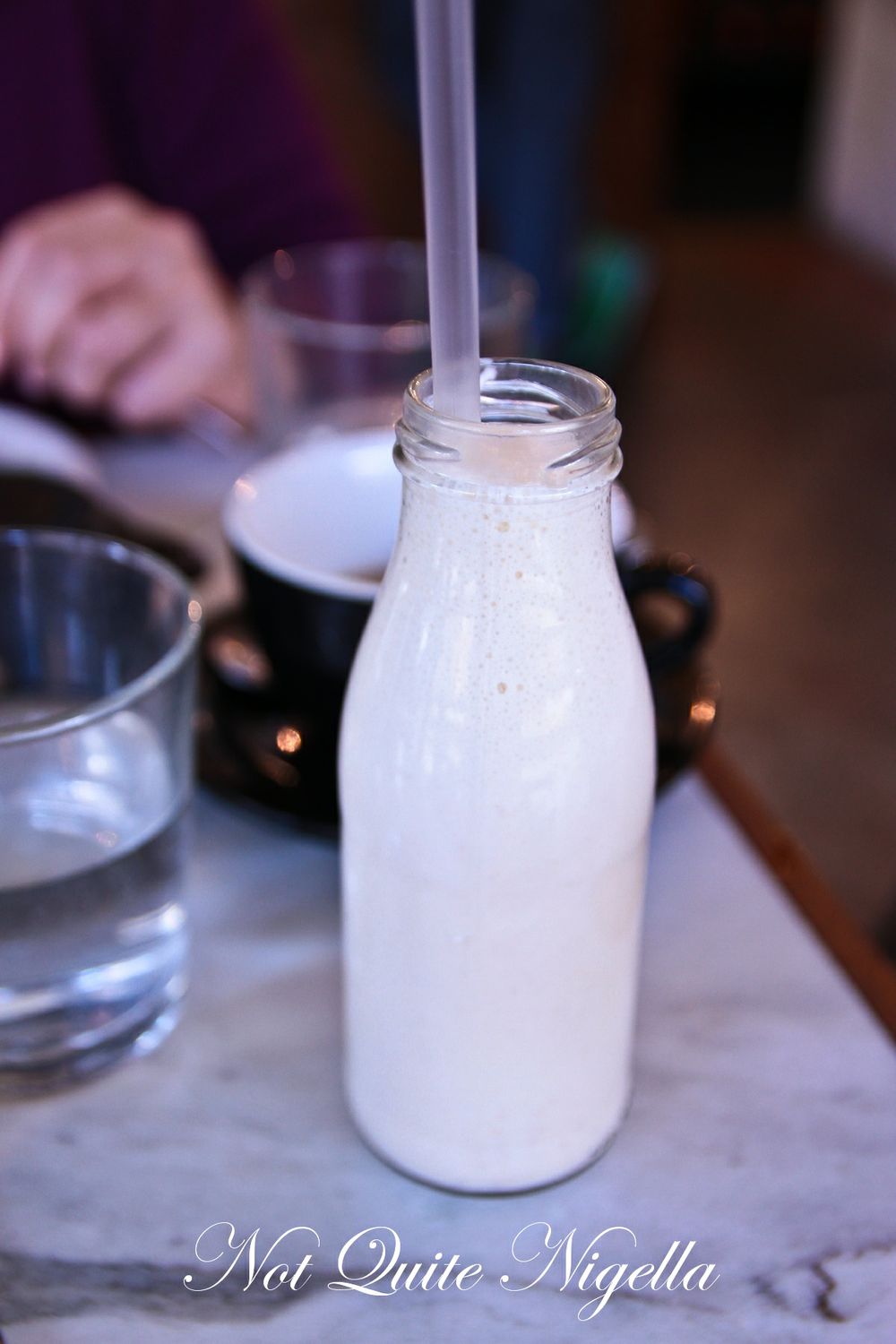 The small version arrives in a cute little glass but missing the streaking detail on the side which made the other one so eye-catching. No matter though as the milkshake is delicious, not overly sweet but sweet enough. It tasted healthier than other milkshakes but not too healthy. Perhaps it's the Goldilocks of milkshakes, it was juuust right and I'm not even a milkshake person. 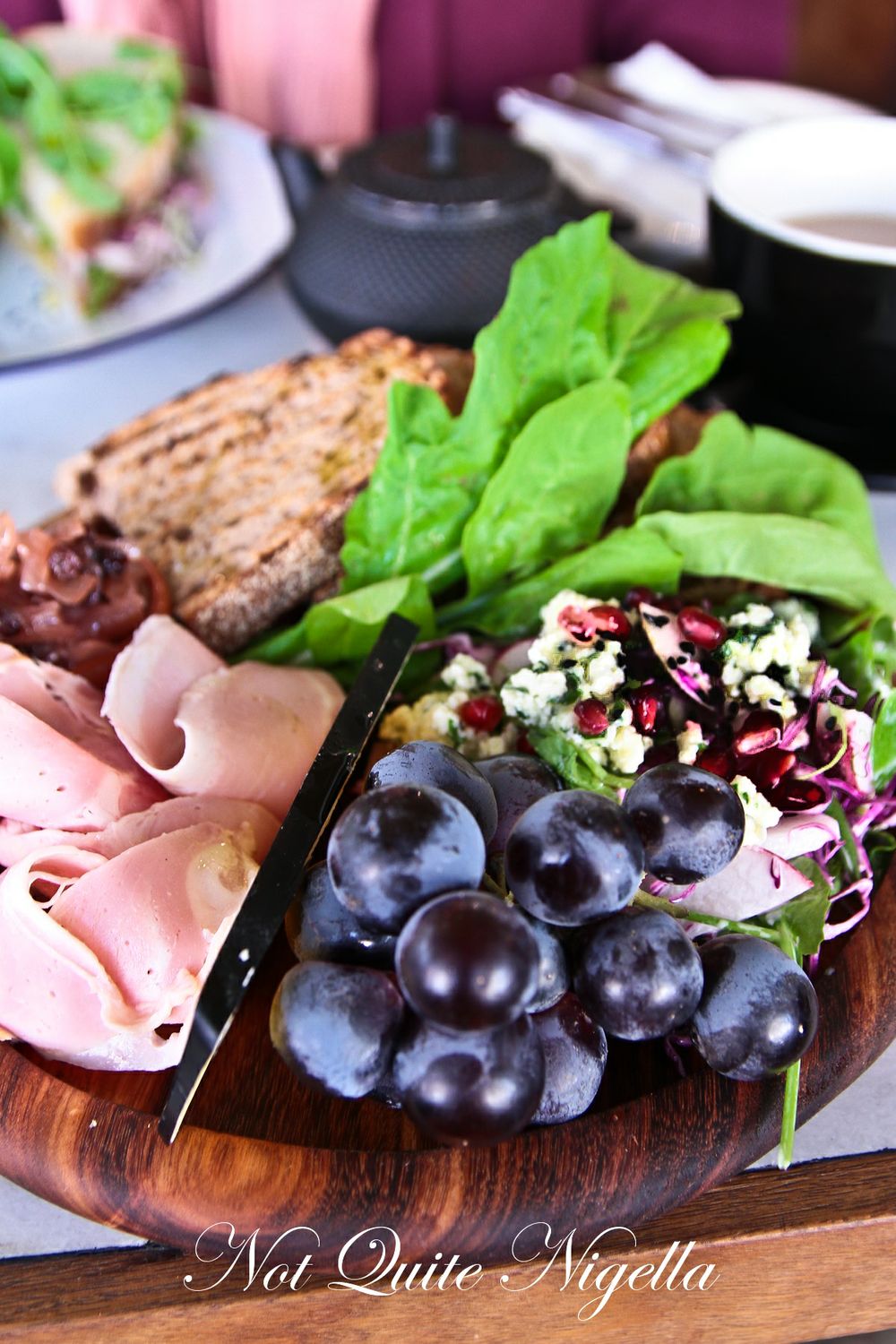 The Cornersmith Plate had free range ham, cheddar, a red cabbage, pear, feta and pomegranate salad with two slices of crunchy toasted bread cut in half. The ham was lovely and went well with the salad and the onion and the currant relish brought everything together nicely. There were also sweet black seedless grapes as "dessert." 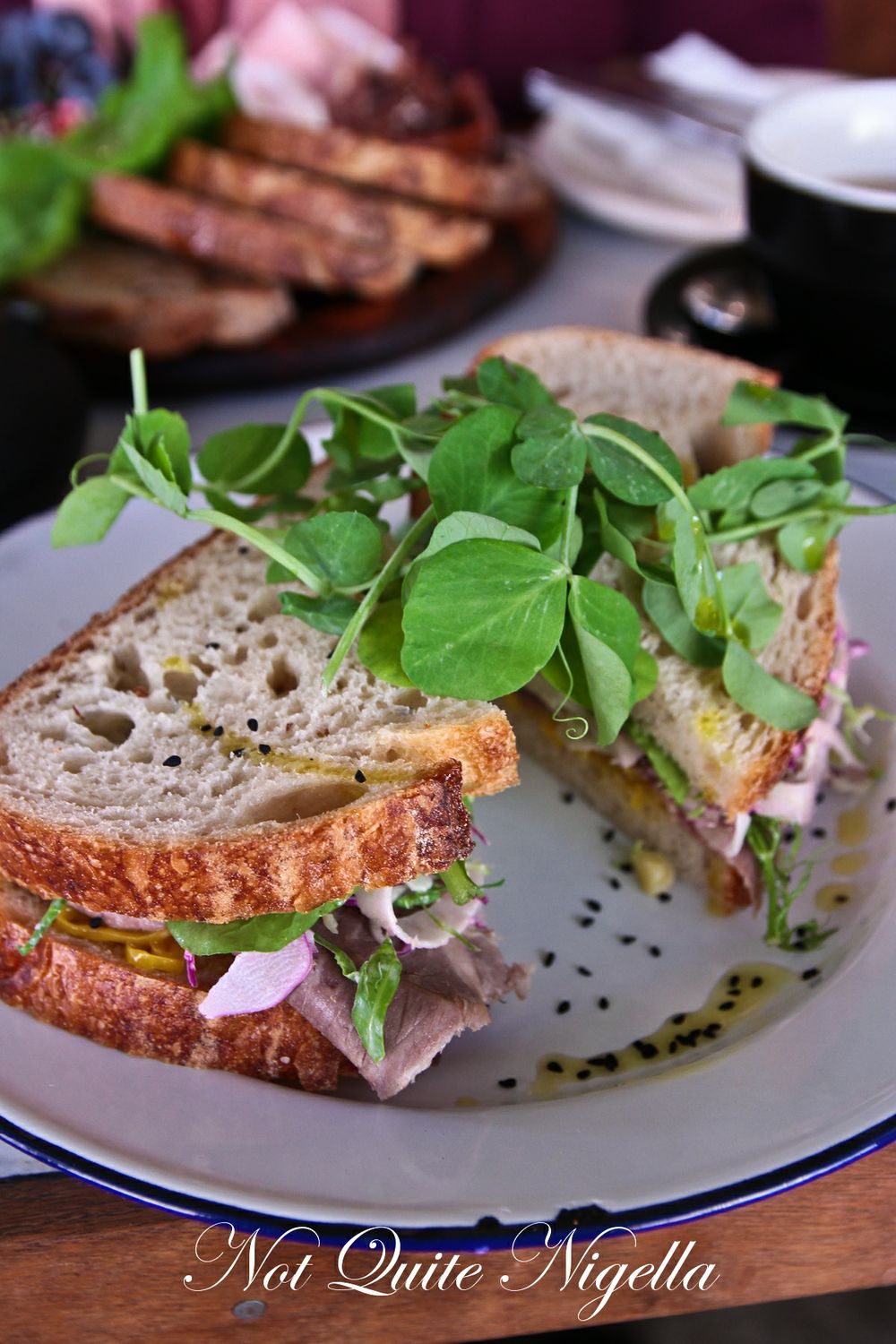 The bread was fresh but after reading about the corned beef there wasn't a lot of it on the sandwich and the filling to bread ratio was in favour of the bread. We should have probably ordered the baked beans or something else that would have gone better with the bread.

"So shall we have dessert?" Buxom Wench says and reminds me why I love dining with her. A quick chat to the waitress turns up four offerings: a muffin (neither of us are muffin people), a poppyseed scroll (one of the few items not made on the premises but apparently very good still) but we are tempted by the other two offerings. 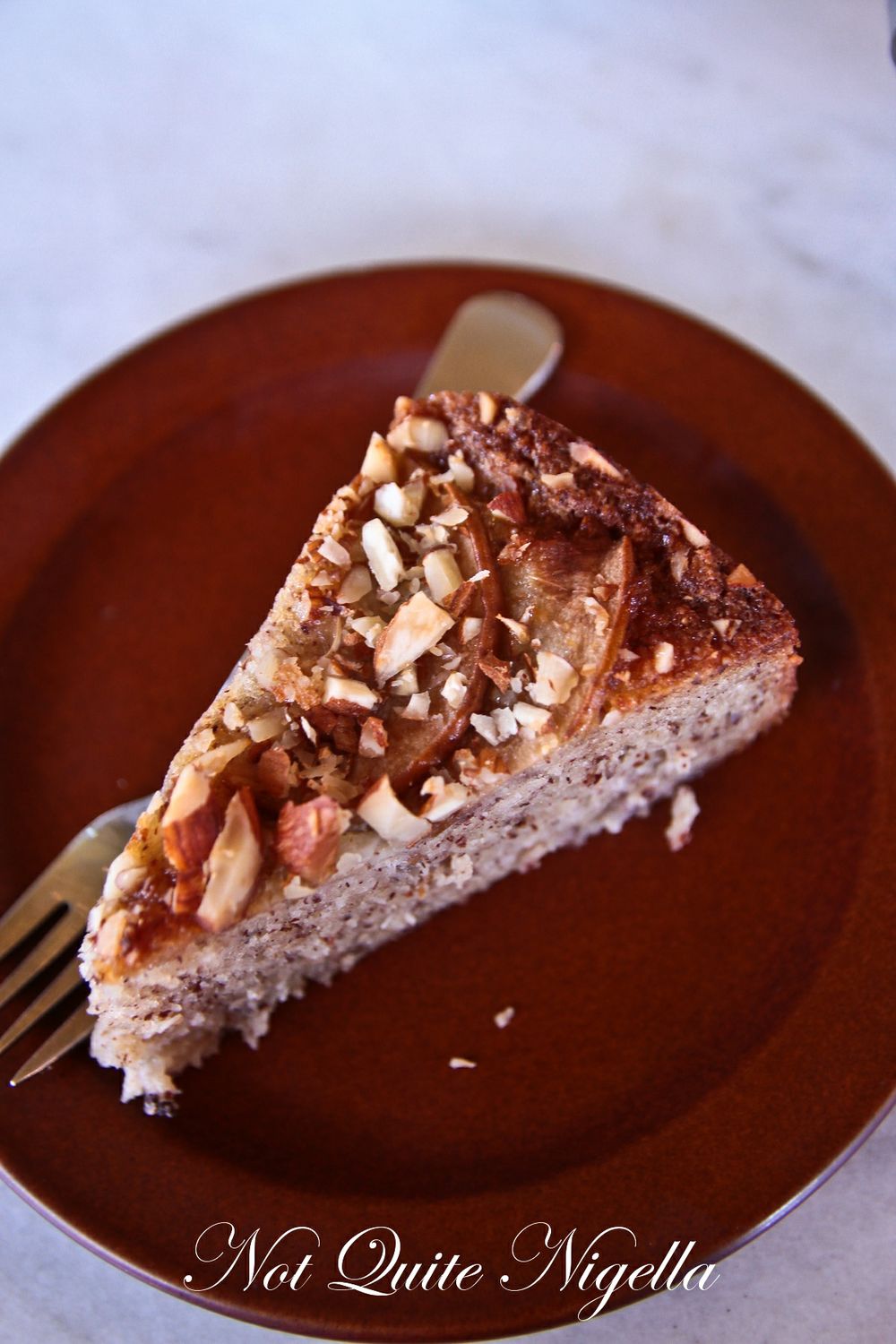 It looked unassuming enough but the freshly baked gluten free pear and almond cake is moist and moreish. It's the kind of cake you might take one bite of and think "that's lovely" and then pause and then finish off the rest within a minute. 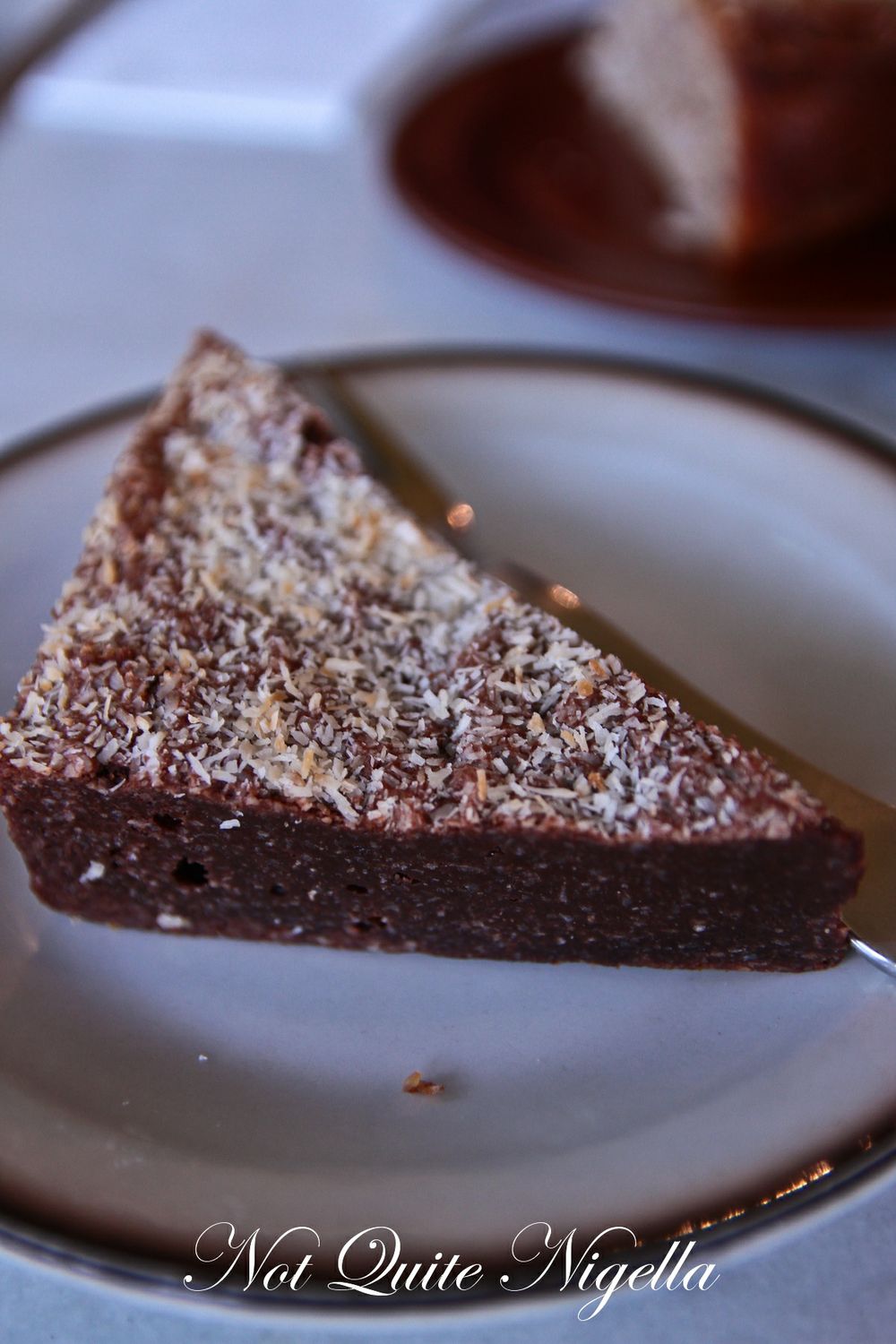 The brownie here is topped with coconut and isn't the traditional gooey brownie but a firmer offering. And when they say chilli they mean chilli. Here it isn't a mild tingly afterthought, it is bold and it is there from the first taste and the chilli just keeps developing on your tongue heating it up until you just have to comment on the chilli!

It's around 3pm and closing time when Buxom Wench and I depart ways, I turn left down on the corner and she turns right. And the lesson learned? "Gone pickling" is just as valid an excuse as any.

So tell me Dear Reader, what's the best excuse you've ever heard or given? How chilli tolerant are you and do you like the chilli and chocolate combo when the chilli is mild or hot? 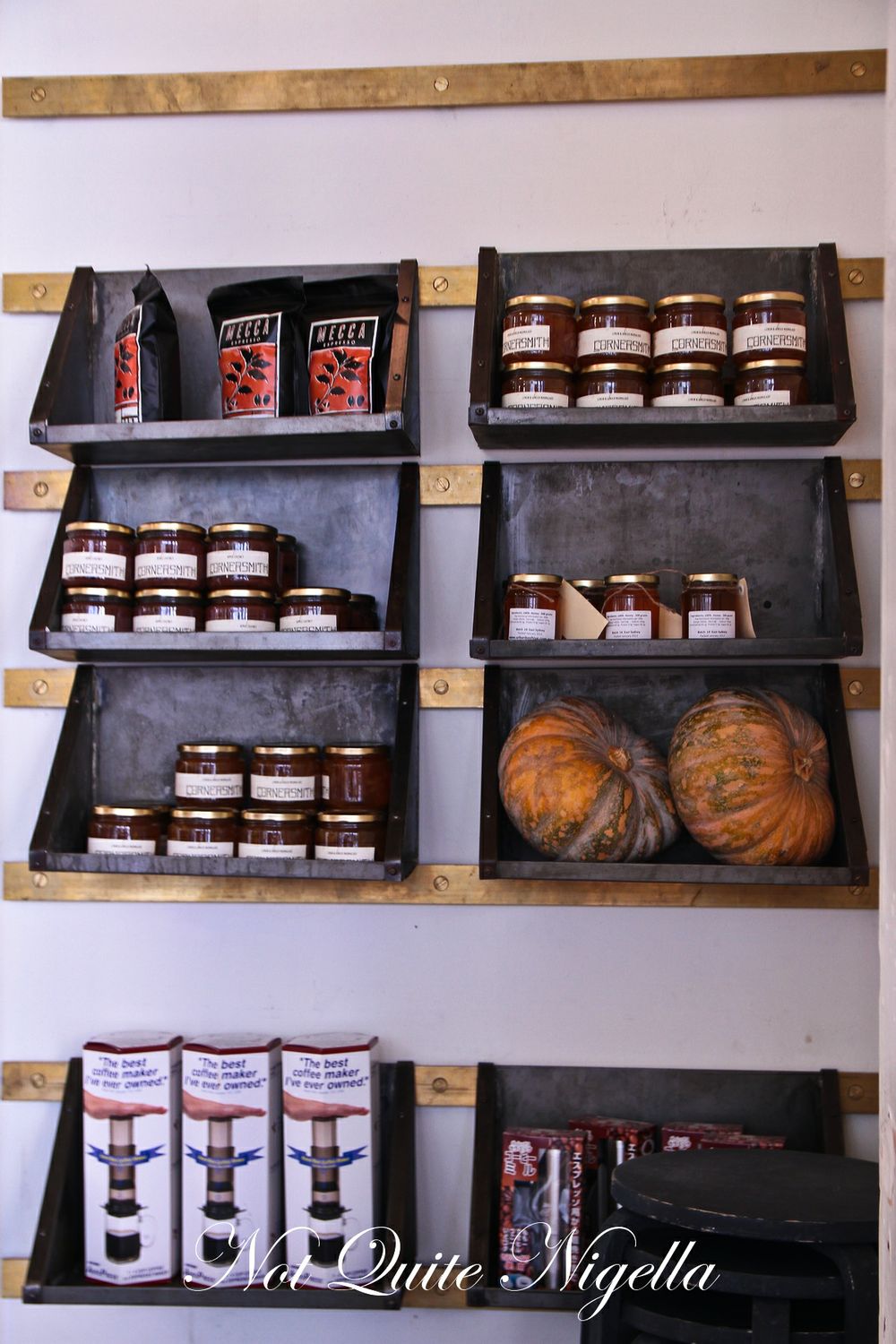 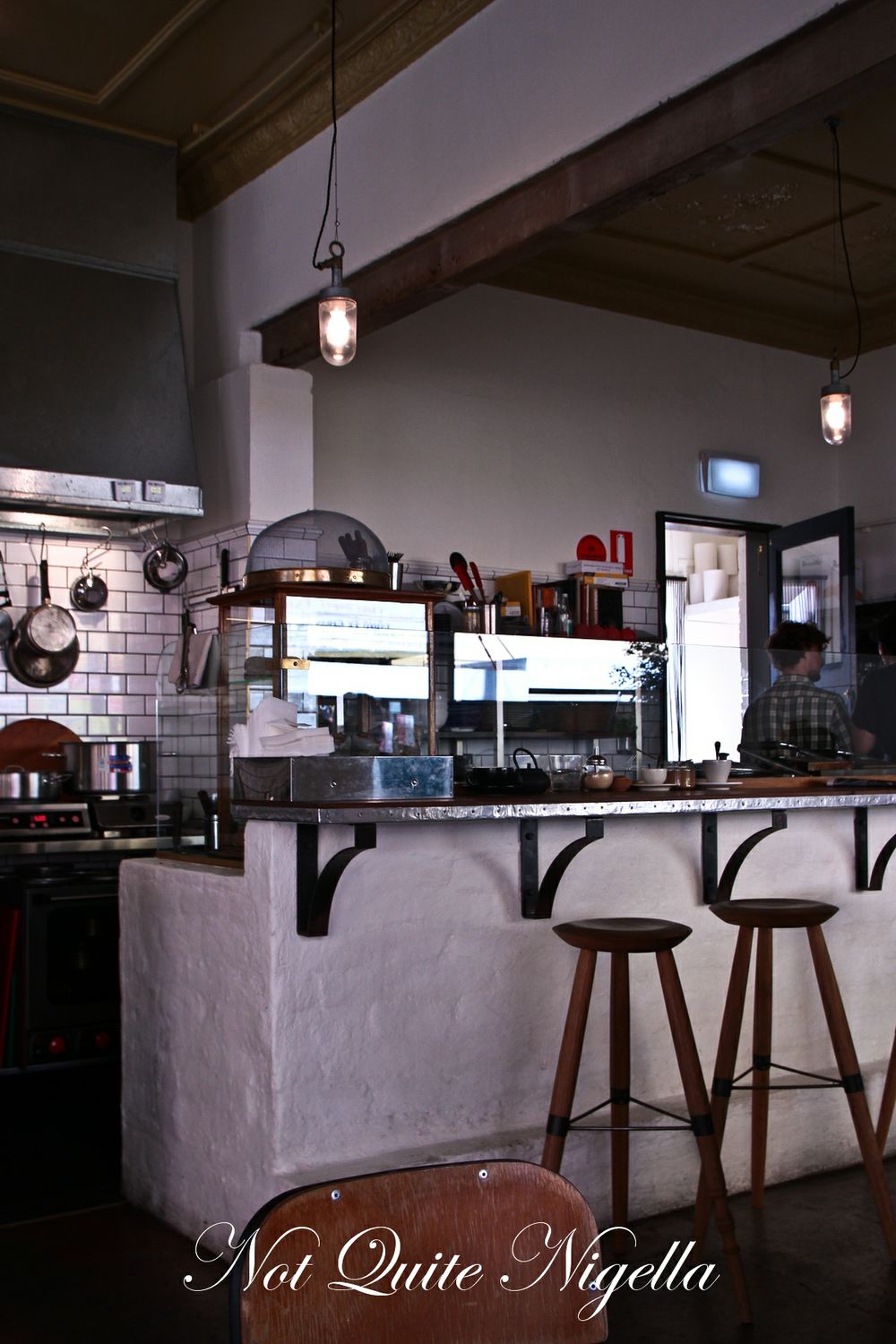 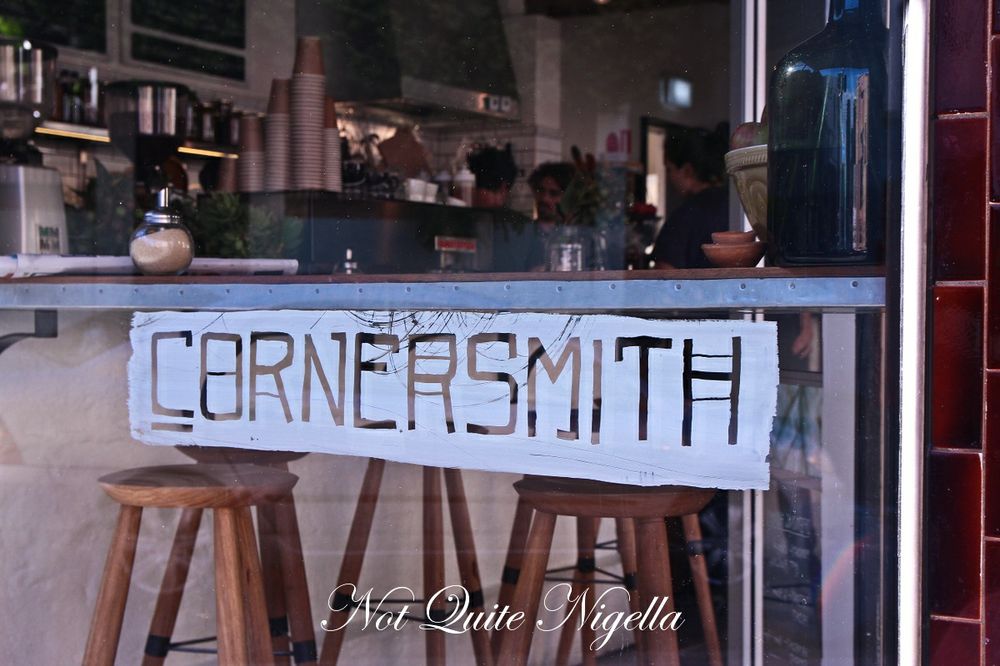