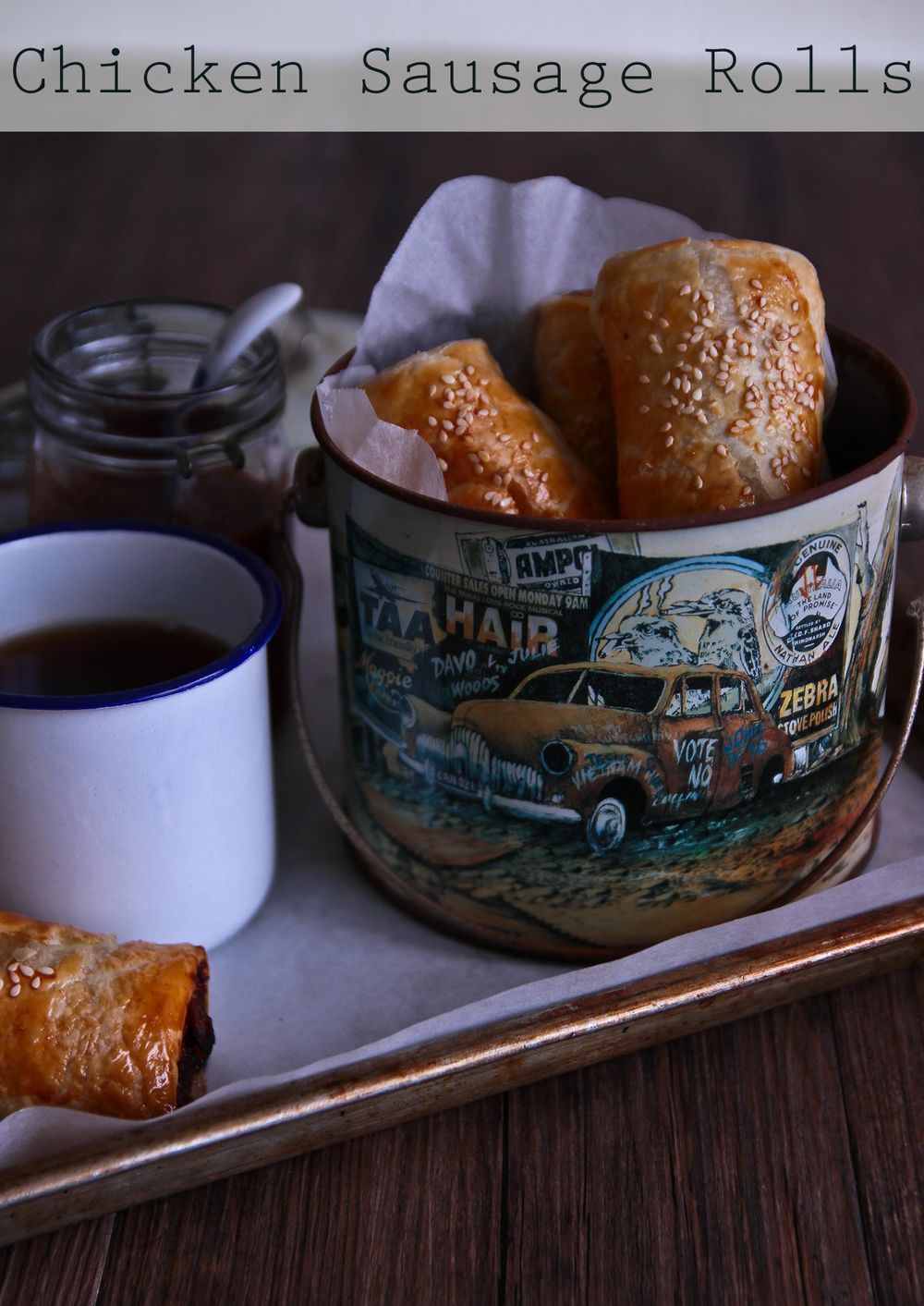 When Mr NQN and I were getting married, I decided to join some wedding forums as I thought I might get some great recommendations from them and truthfully, there's nobody quite as enthusiastic about weddings as brides. Some of the members were lovely and I got lots of great advice not to mention an unexpected source of sympathy whenever an law would throw us a curve ball (and there were a lot of these curve balls mainly from Mr NQN's mum Tuulikki! ;) ).

Some forum member were more welcoming than others. I remember writing that I really enjoyed having friends over for dinner parties. That prompted one member to go on a diatribe about how she hated the term dinner party and that it was just for pretentious snobs. I couldn't even defend my use of what I consider to be a fairly normal term and explain that my dinner parties aren't stuffy affairs and instead often start with costumes and end with playing games. My friends are way too down to earth to put up with any sort of stuffy nonsense. I decided that the forum wasn't for me and I backed out of there as quickly as I could. 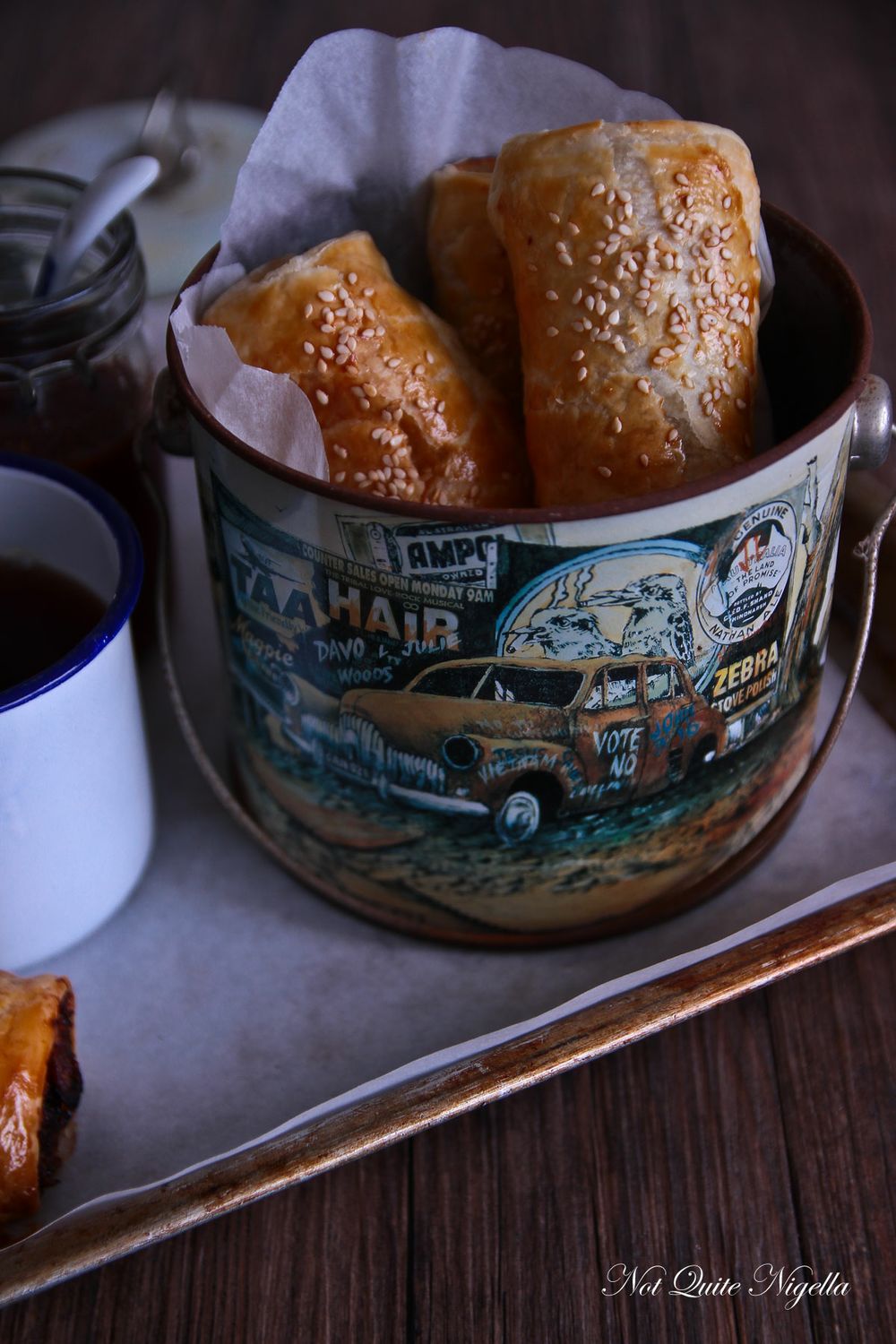 I've told Mr NQN that if I start spinning toffee just before guests arrive, settle me down with a tranquiliser gun and tuck me into bed with a cup of tea and a few episodes of True Blood. As much as I love having friends over for dinner parties and making slightly odd and crazy concoctions I also love making regular sorts of treats. For friends like Hot Dog who came over to help Mr NQN install some new doors, I decided to bake these sausage rolls. Hot Dog is as down to earth as they get, a loyal friend and mate to Mr NQN. He is also a lover of pies and sausage rolls and I thought that I'd make them some lunch which was a little healthier than a takeaway shop offering.

I used chicken breast mince which is lower in fat than the usual sausage mince filling. Instead of adding fillers and to lower the amount of meat in them, I also added broccoli as well as apricots as I was discussing the merits of classic winter dishes from our childhood and apricot chicken was one of them. I fed them to the slightly vegetable phobic Hot Dog and they got his thumbs up. As for Mr NQN his approval was in the wolfing down of six of these babies. And yet he still remains infuriatingly skinny!

So tell me Dear Reader, do you have dinner parties? And do you think that it's a pretentious term? 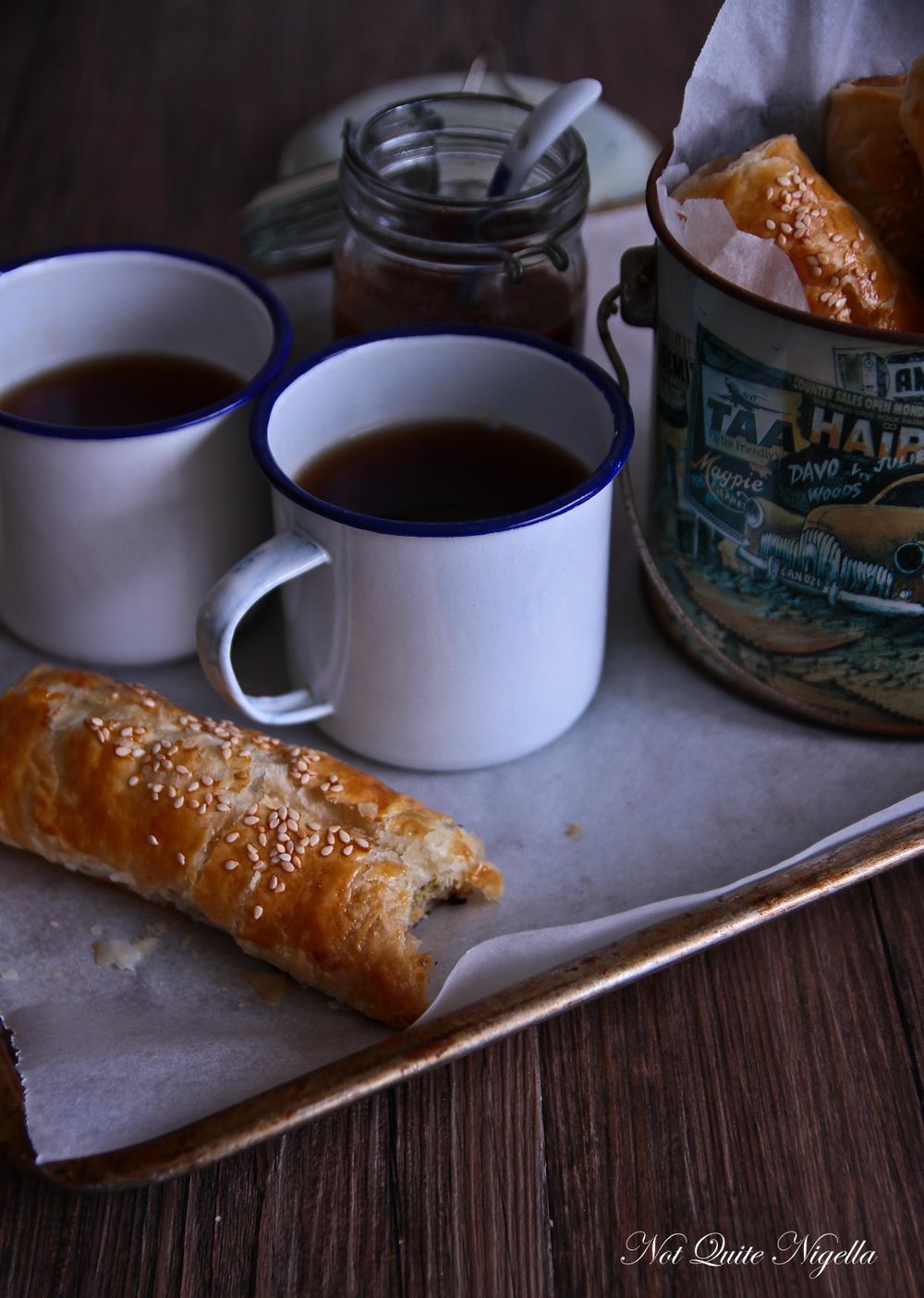 Variation: try this with turkey mince and dried cranberries or use golden sultanas 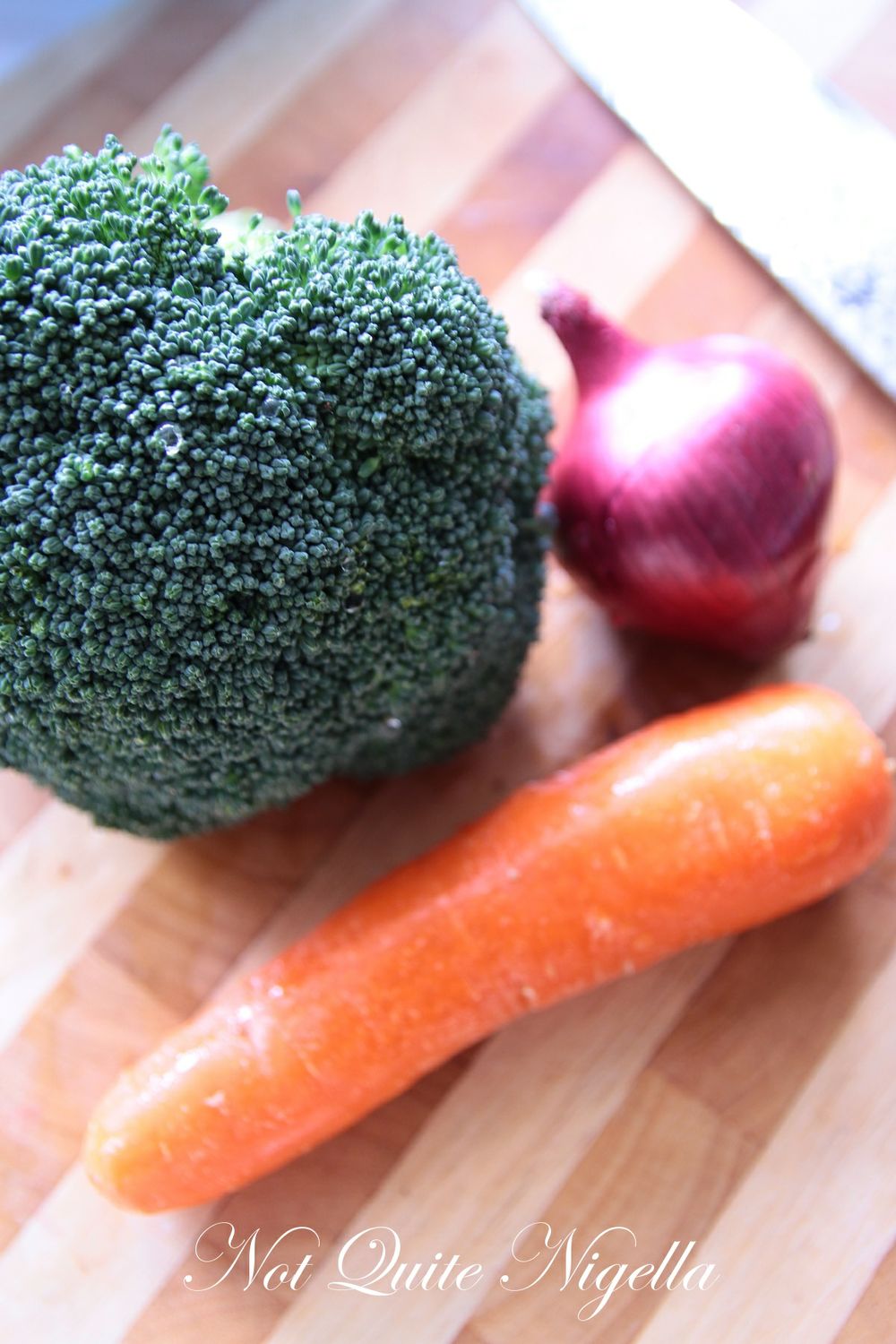 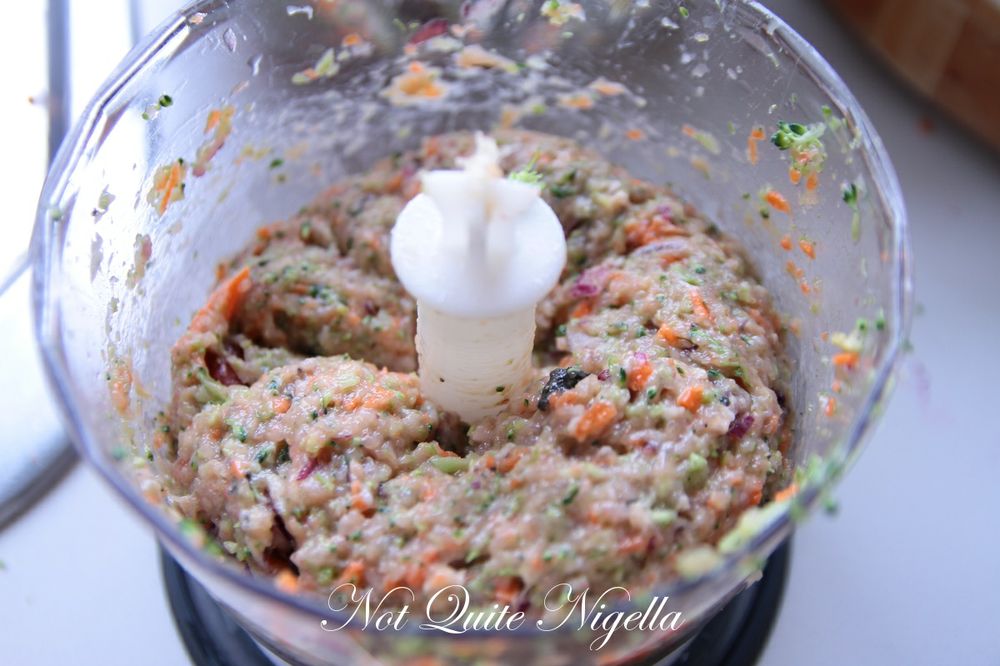 Step 2 - In a bowl mix the mince, onion, carrot, broccoli, apricots, egg, salt and pepper. I put them all in a food processor and whizzed it together. Divide each square of pastry in half and with a teaspoon, place the filling to one side of the pastry. Roll up and seal the pastry edges gently with a little of the eggwash. 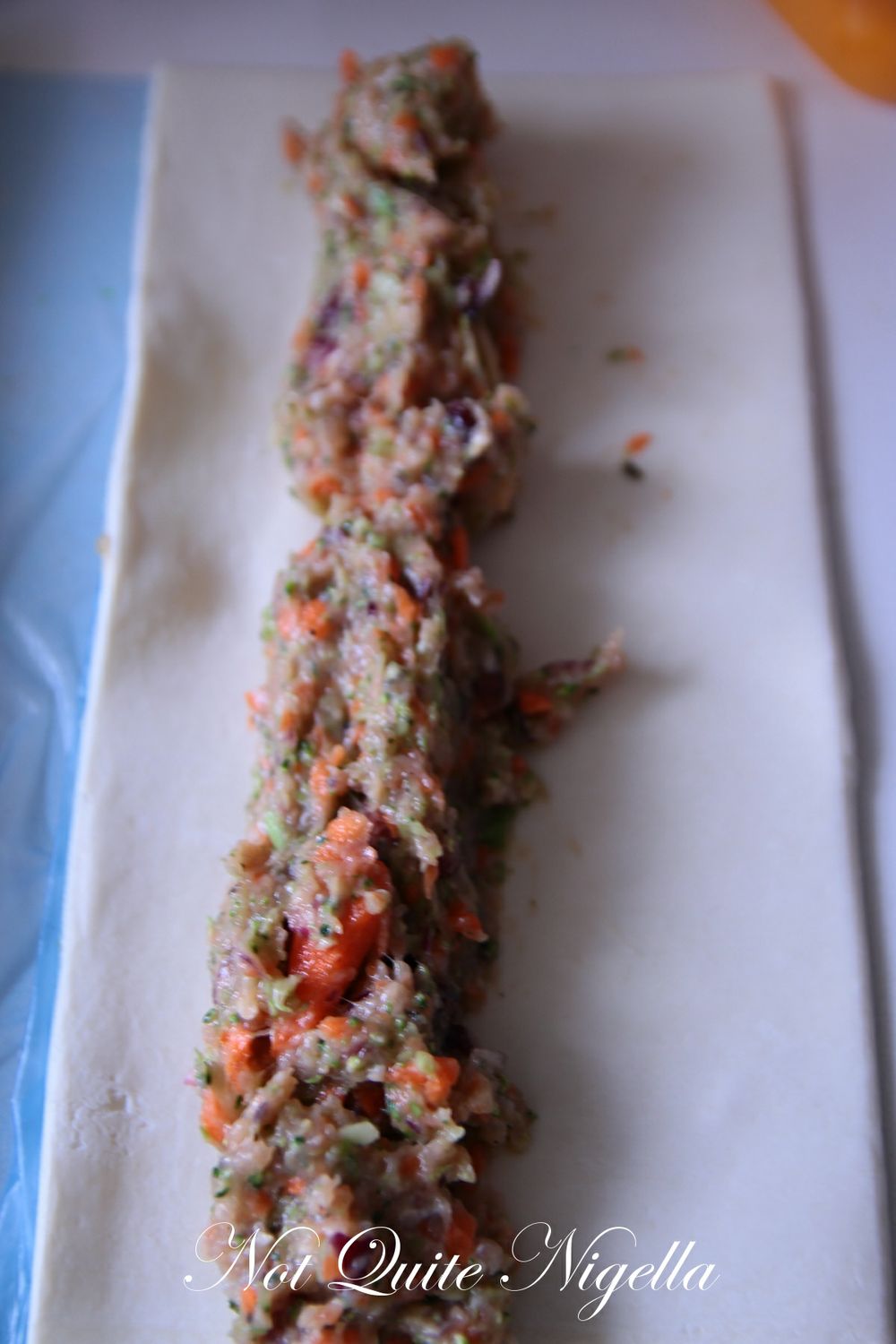 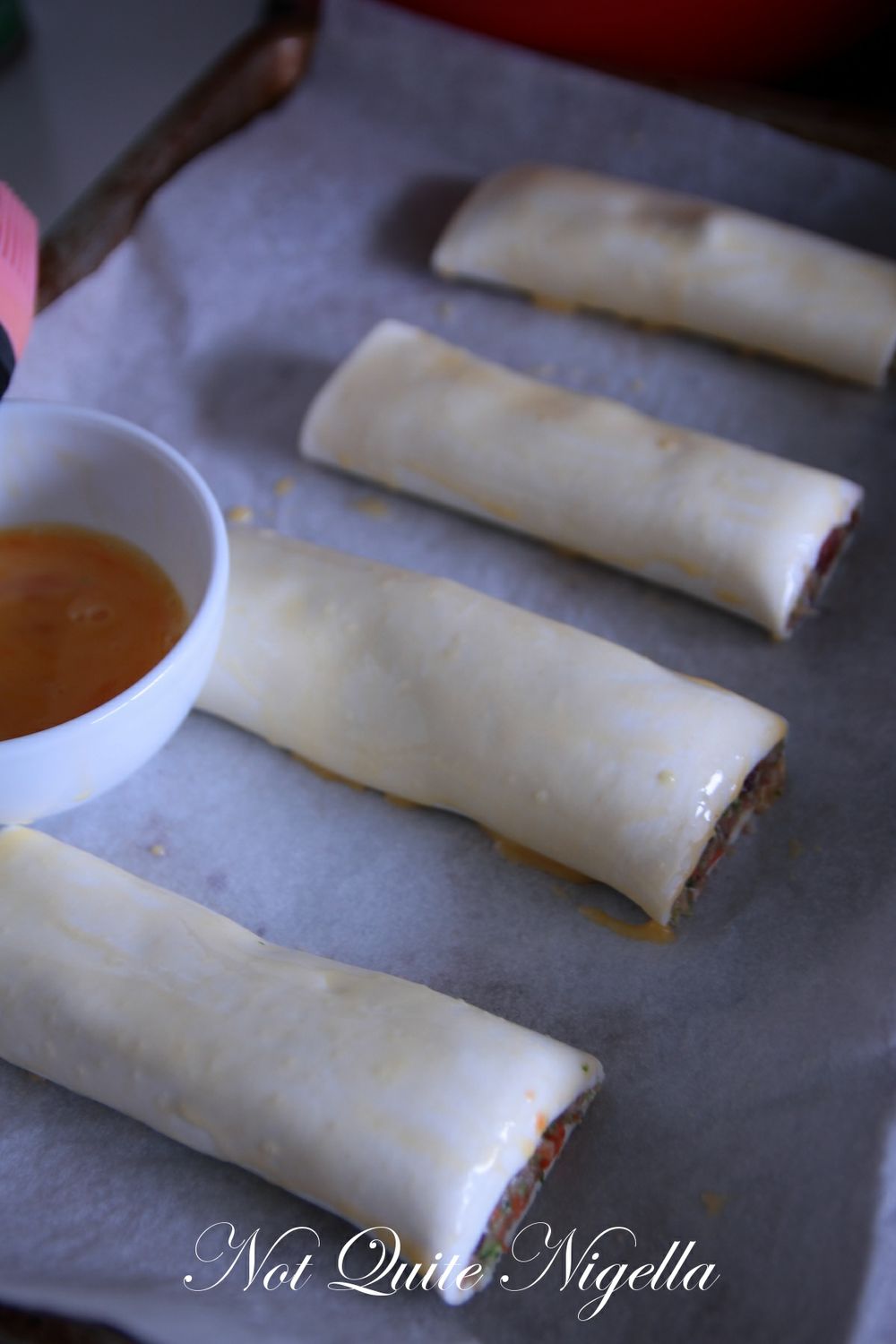 Step 3 - Place on the baking tray and cut clashes in them. Brush with egg wash (I do this twice to get a nice golden shade) and then sprinkle with sesame seeds. Bake for 25 minutes. Serve with tomato sauce or a chilli tomato sauce. 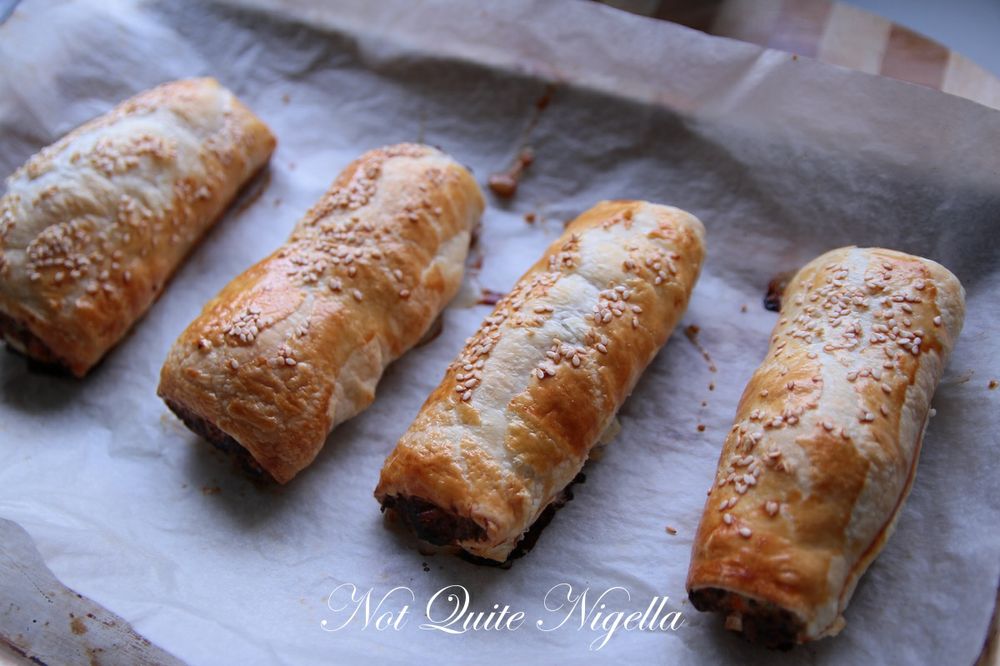 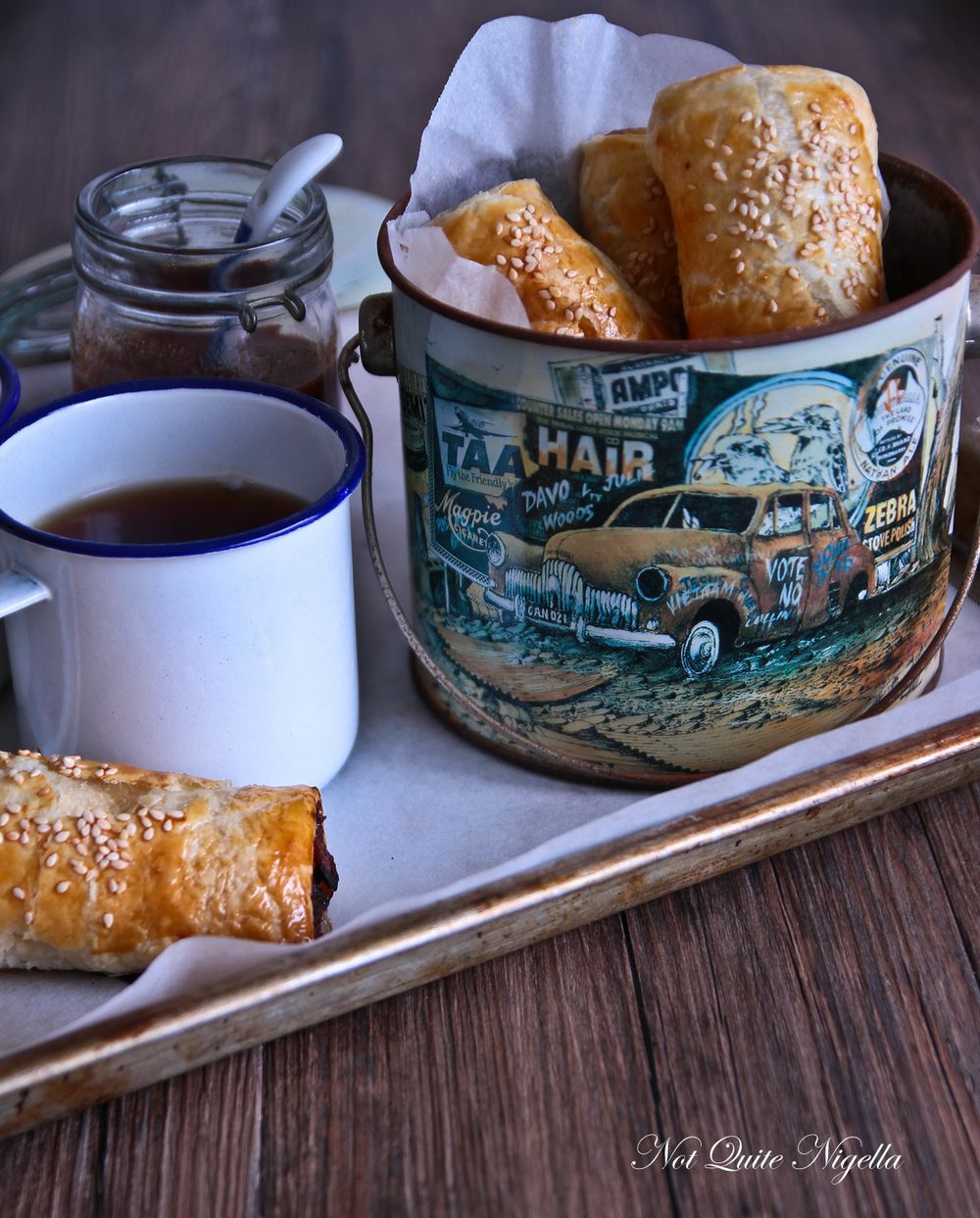