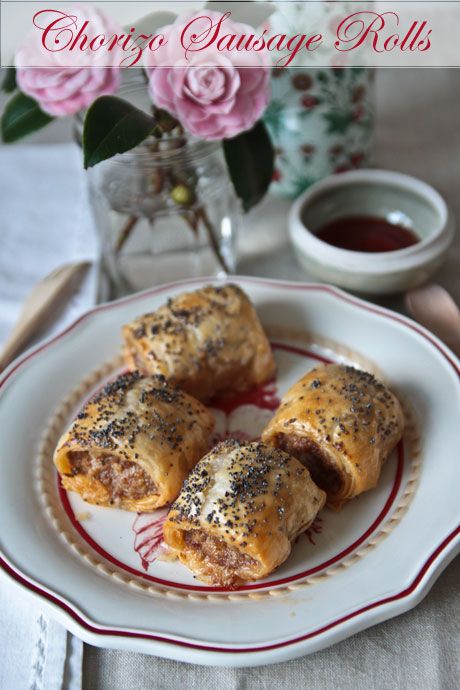 I have an excellent memory. Well I should clarify, I have an excellent memory for food. Names and so called "important things" ...well unfortunately not. Last week I was in New Zealand and I had met so many people and animals (with human names) that when someone asked me about "Tom" I said in a confused manner, "Who was Tom again?". Turns out Tom was a sheep...Oh dear!

When my family and I discuss various events it's always with the prompt "Don't you remember? That's when we ate the chicken dish that we all really liked." One of us would say "Who else was there?" and inevitably we'd scratch our heads and wonder who our fellow company was, at a complete loss. However we all knew that the chicken dish was there as company.

When we were small my mother took my sister and I into the city to get our passports to travel overseas. As such we had to behave and not act up. As a reward, and she knew the only kind of reward we were really interested in was food, we would get a sausage sandwich. Our eyes widened. We had never tried one before. Sure we had had hot dogs and sausage rolls (my tuck shop item of choice) but not a grilled sausage sandwich. When she handed me the soft bun with the sausage and onions I melted. The city around me ceased to exist as I ate the sausage and the bun stopping halfway worried that it would be another nine years until I tried another one. It must have taken me about 10 minutes to eat it and my mother didn't lose patience with us. You see she was also enjoying it too having not had many of these. You'd think we were very sheltered to these things and I suppose we were! 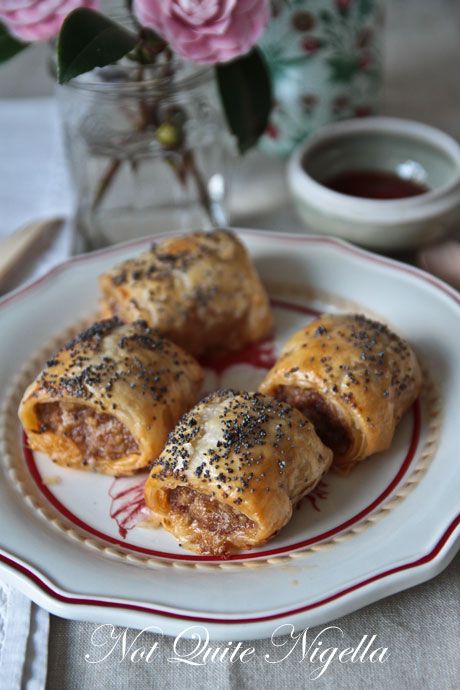 I did go off sausages in my 20s proclaiming them too fatty but when I worked in advertising we would often have networking events after work. I recall trying my first chorizo sausage there. It was on a platter of food and came with a tomato based sauce and toothpicks. Our team of four was a food loving one and we had already ascertained the best place at which to stand (right next to the kitchen to get first dibs on food). They brought it round and I let is pass. I mean who wanted a big chunk of sausage with scarlet oil dripping from it? How utterly fattening (and you can see how I've now diverged from that thinking!). My colleague popped a morsel of chorizo in his mouth and quickly called the waitress back. "Have one of these" he said and I tried one. It was spicy, garlicky and full of delicious smoky pork. I was smitten and we speared a few others until a woman with a crazy hairdo took the rest of the platter (lady, see the line? It's back over there).

We probably eat a bit more chorizo than we should and I thought of how this might go in a sausage roll instead of having a regular sausage inside it. I decided to give it a go using some fresh chorizo sausages I was sent from Beak's. These chorizo sausages are actually made of beef which I'm sure would be considered sacrilege to chorizo purists although they have a very high percentage of meat which is good. But it is not pork whereas I think they'd be even better done with pork and do experiment with other types of chorizo.

So tell me Dear Reader, do you have a good memory for things? Can you remember faces or names well or just food like me? 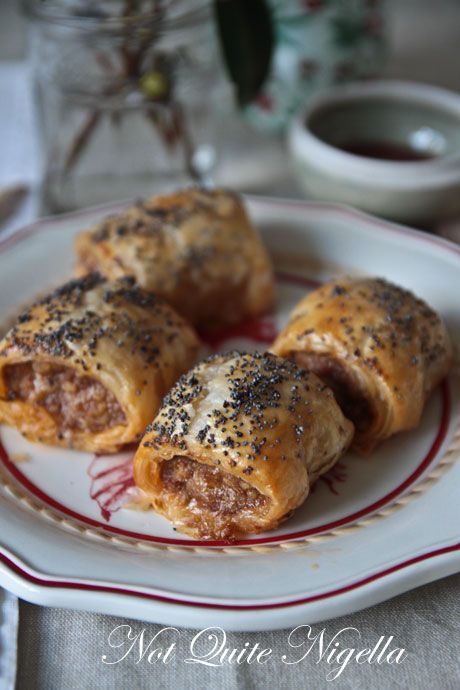 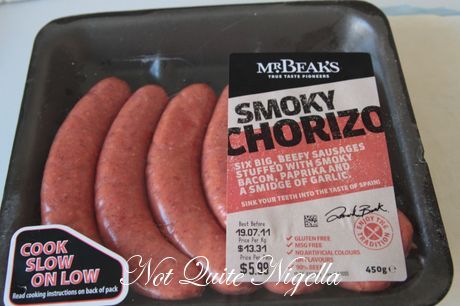 Step 1 - Place the pieces of bread and the milk in a bowl to soak. Meanwhile preheat the oven to 200C/400F. In a  food processor process the onion and garlic until finely chopped. Then add the first egg and remove the casings from the sausages and discard them and add the meat from the sausages to the processor along with the milky bread. Process until smooth. Chill for 10 minutes. 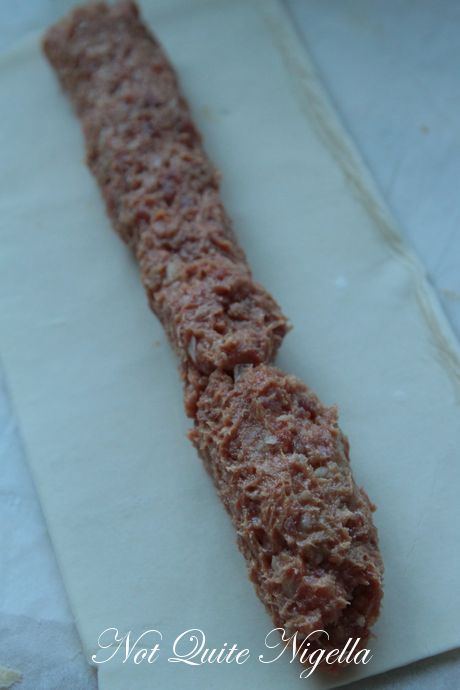 Step 2 - Take the puff pastry squares and cut them lengthways to make two rectangles. Divide the mixture into four and roll them into a sausage between wet hands and place in the centre of each rectangle. With a brush, brush a little eggwash onto the pastry and seal the sides overlapping them slightly. Repeat with the remainder of the filling and refrigerate for another 10 minutes.

Step 3 - Once ready, brush with more egg wash and sprinkle with poppyseeds. Slice into small rectangles and bake for 20 -25 minutes until golden. 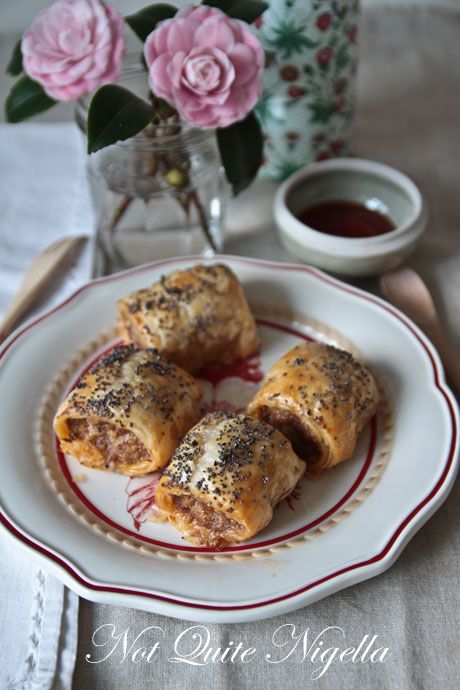