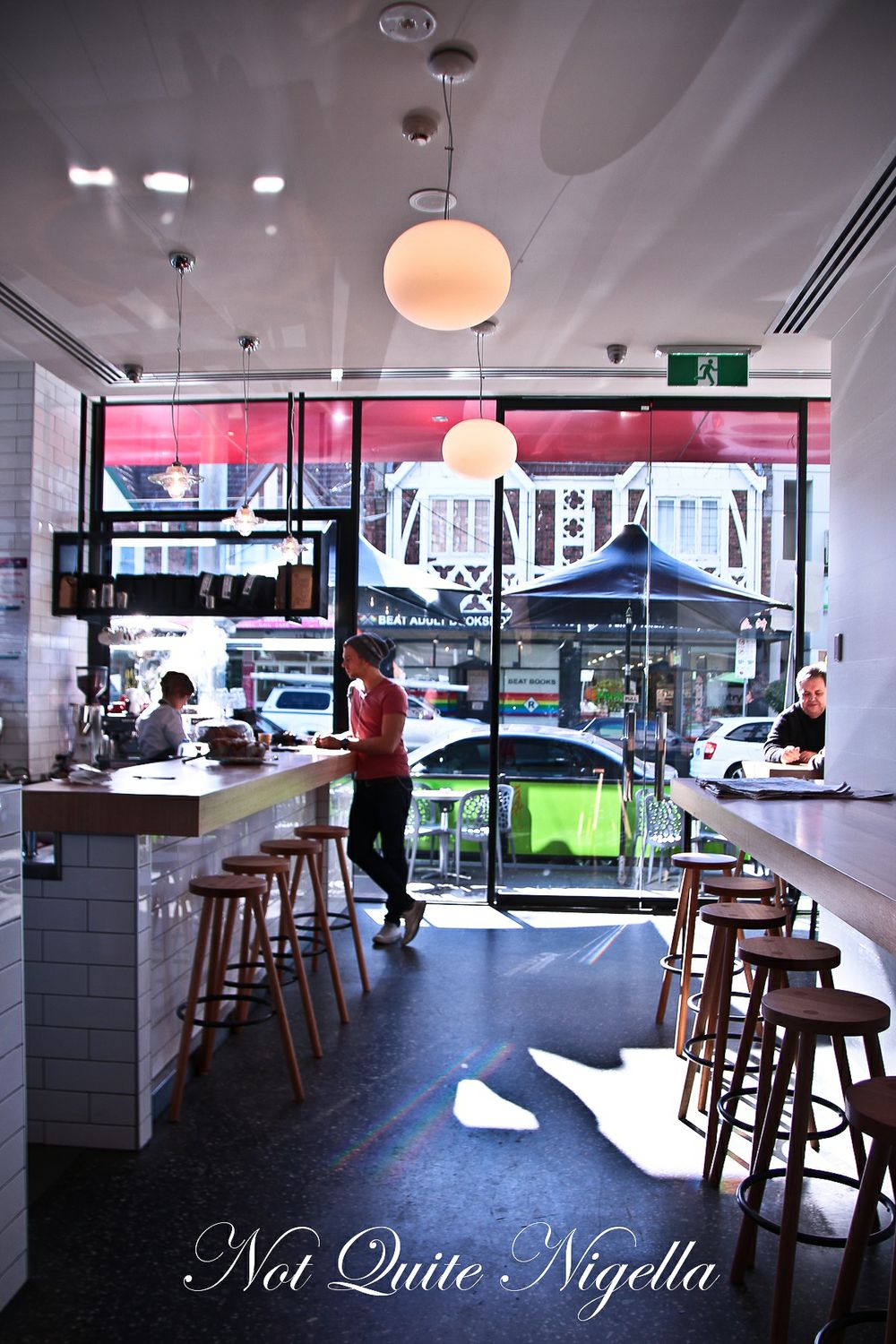 When I was young, I subsisted on a diet of television shows, mostly from America. I'd see items such as meatloaf and crave for those (I would be a full grown adult before I'd try my first meatloaf). And even now, when I hear about things like chopped salad (friends), wedge salad (around which an entire episode of Modern Family was based) and Reuben sandwiches (countless movie and tv references), I find myself dying to try them. Reubens can be found but a chopped salad or wedge salad? That's a little harder. 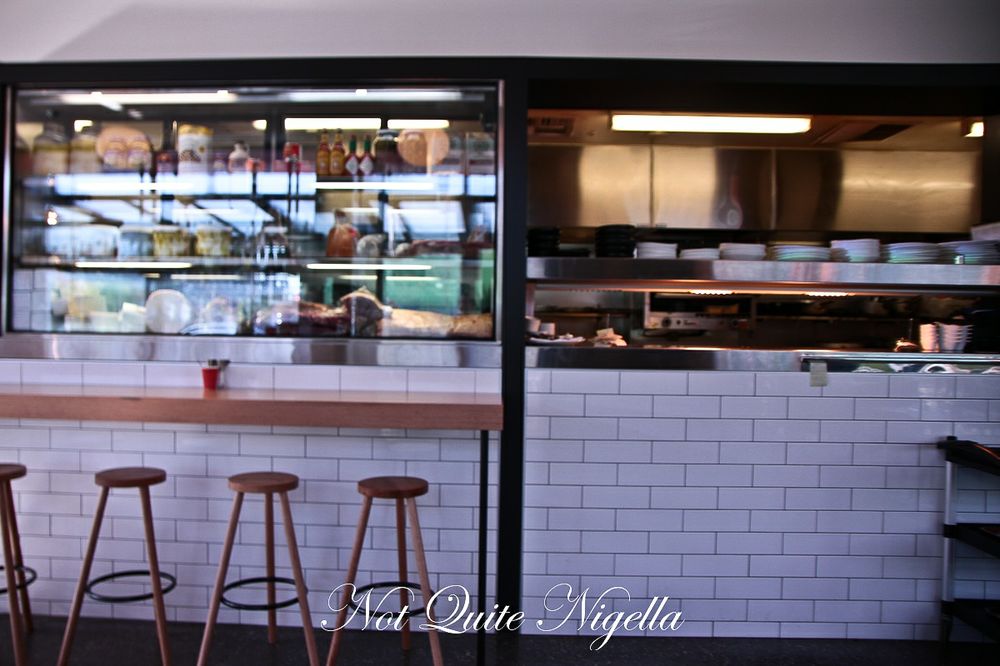 I'm at Gramercy Bistro which is an American inspired bistro in Melbourne "The Cullen" hotel. The menu is a large steak house sized menu with a breakfast until 3pm on one side and lunch on the other. There is an indoor and outdoor terrace section (the bistro was formerly called The Terrace) and jars of various deli items sit displayed to the left of the kitchen. Steaks feature heavily but asking the lovely waitress about what she recommends yields lighter items starting with the curiously named "Pickelback" a whisky shot chased with a shot of pickle juice followed by a split kosher dill pickle. 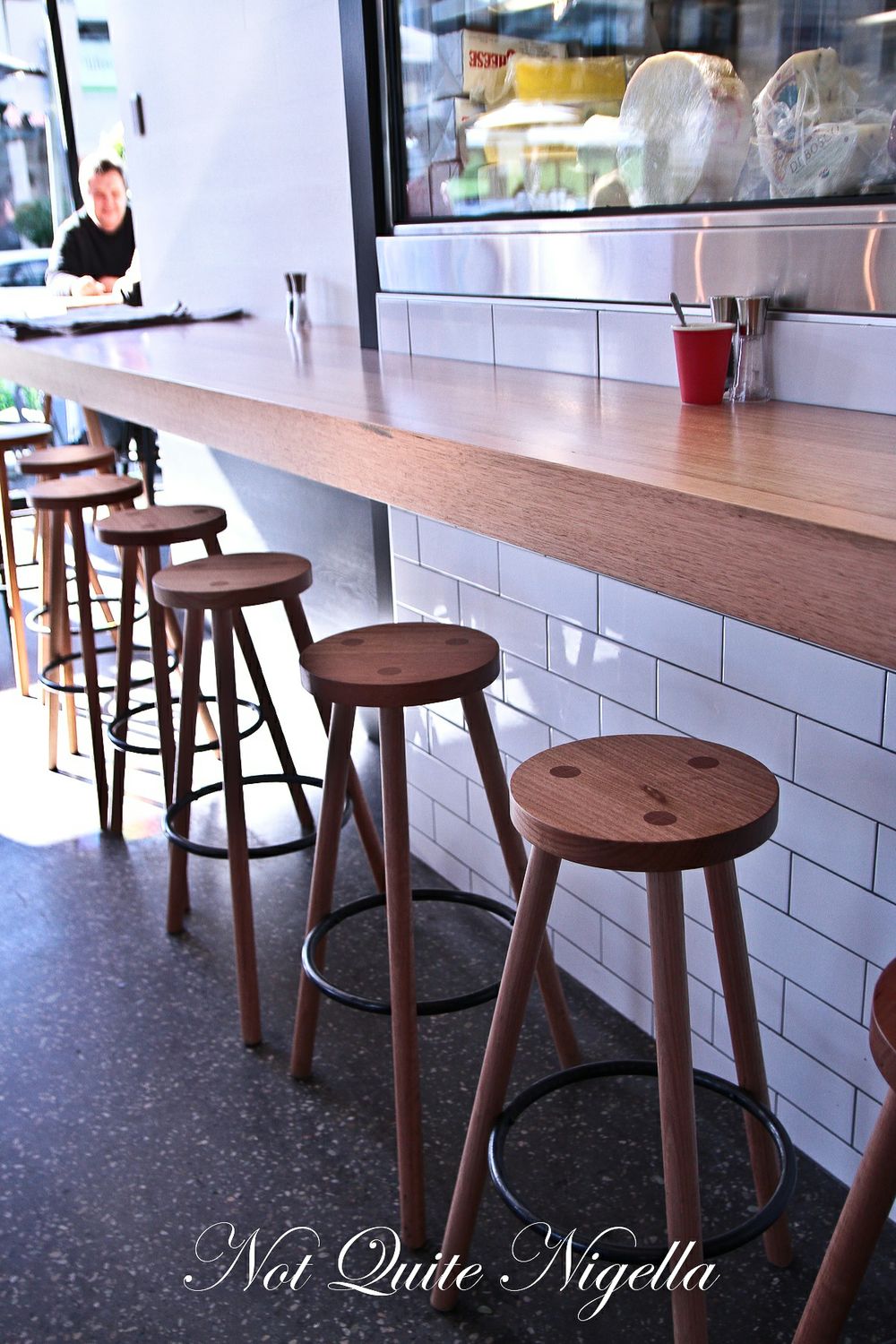 I'm not a huge whiskey drinker and usually eat my whisky in a bread and butter pudding sauce but the name and the fact that it is incredibly popular puts one on the order. I go for a sandwich next, there are two: the Hero and the Reuben. I thought I had ordered the meat but the Reuben is brought but for the life of me I can't remember what I ordered. 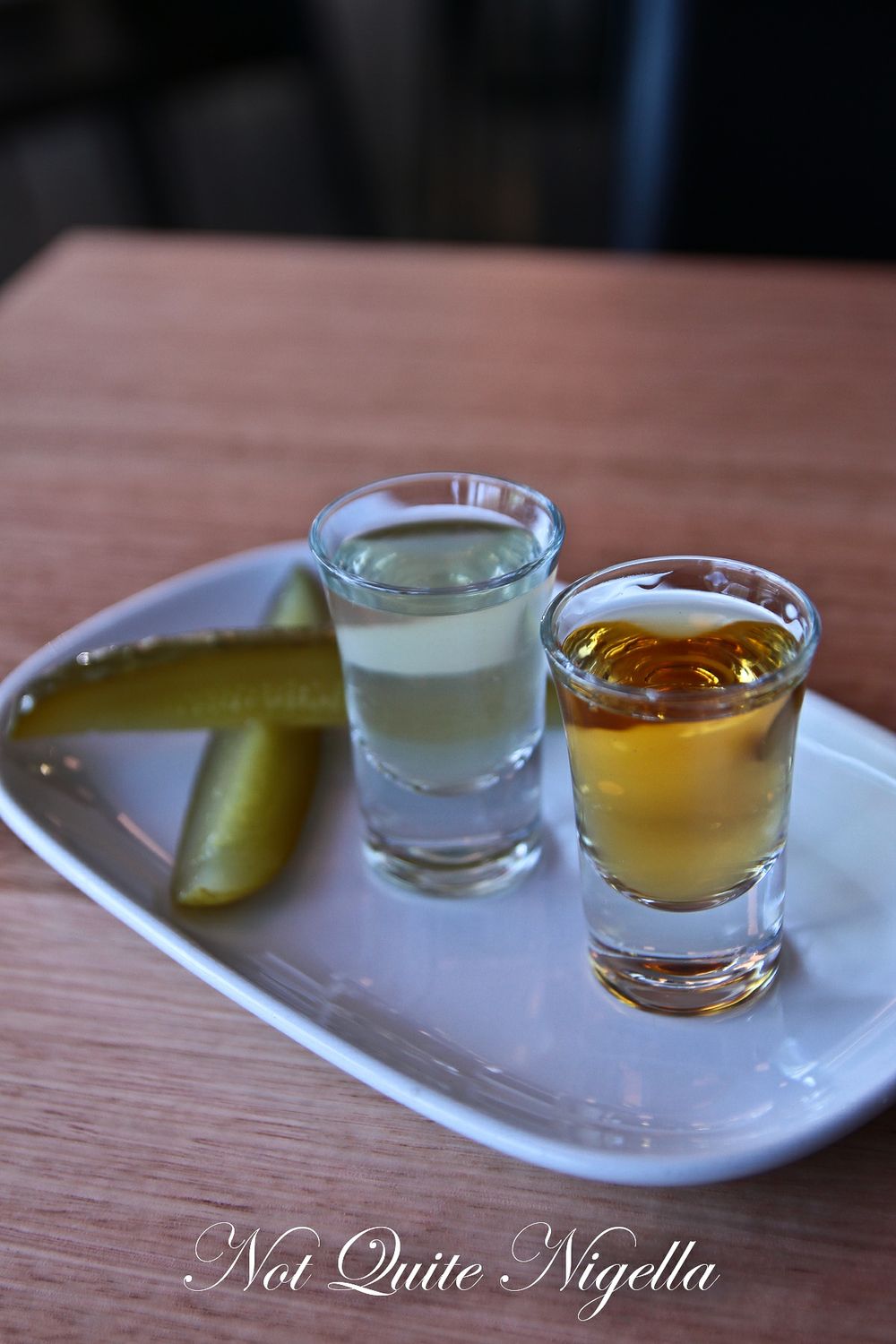 I had a meeting that afternoon so the idea of downing this whole shot wasn't perhaps a great idea. And whiskey, well I always think of rich, older men in libraries wearing smoking jackets and pipes talking about share prices  (again the tv has a lot to answer for ;) ). The bitterness of the whiskey is quelled with the briney pickle juice heady in dill and salt. Chasing it with the half kosher pickle seems the absolutely normal thing to do. 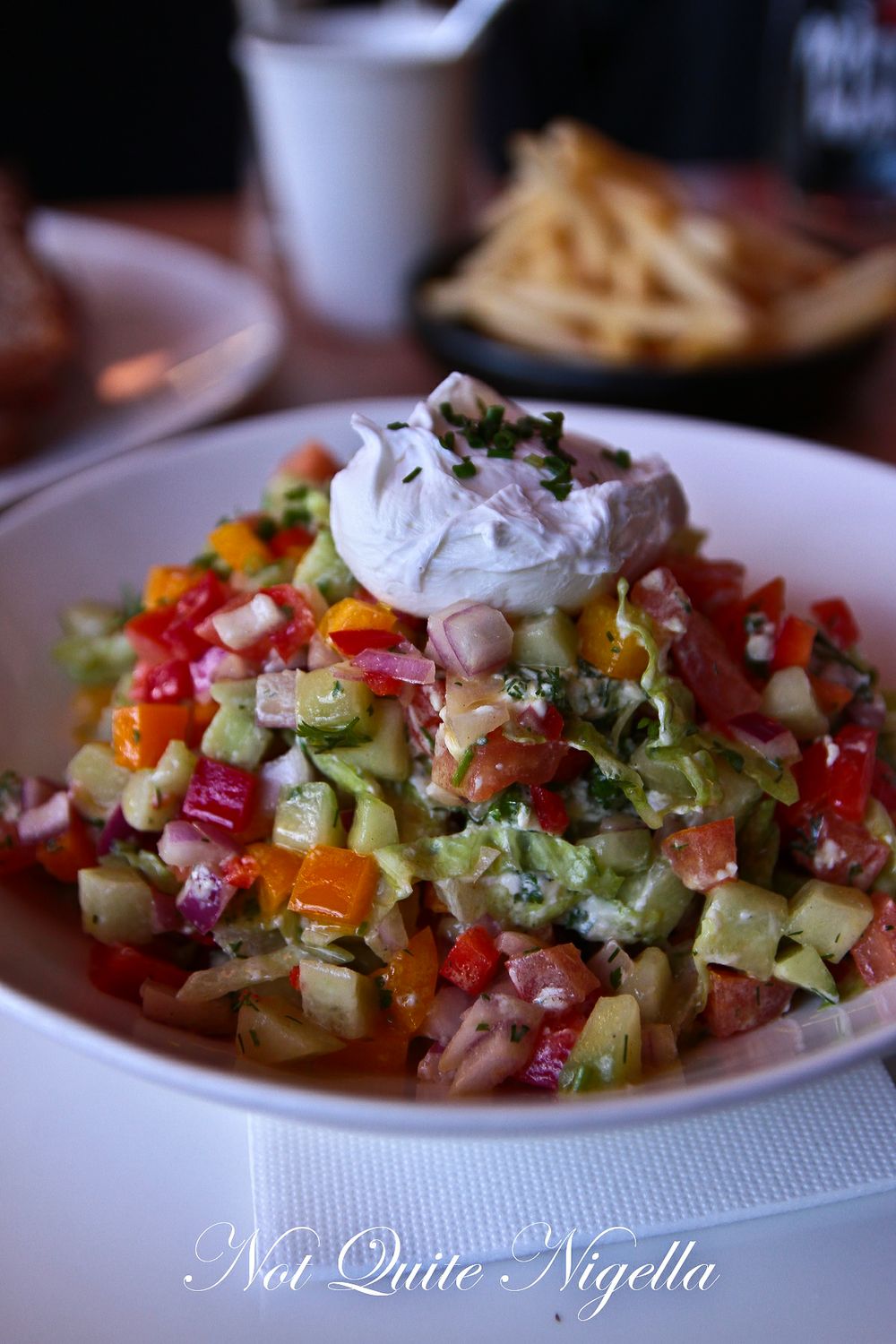 I opted for the regular version of the chop chop salad although you can add chicken, tuna or minute steak to the salad for an extra $5. This is a tomato, cucumber, red onion and feta salad which isn't a Greek salad but takes a turn for NY with the flavour of dill. A runny yolked poached egg sits on top of this and I enjoy the crunchy textures and creaminess from the feta. 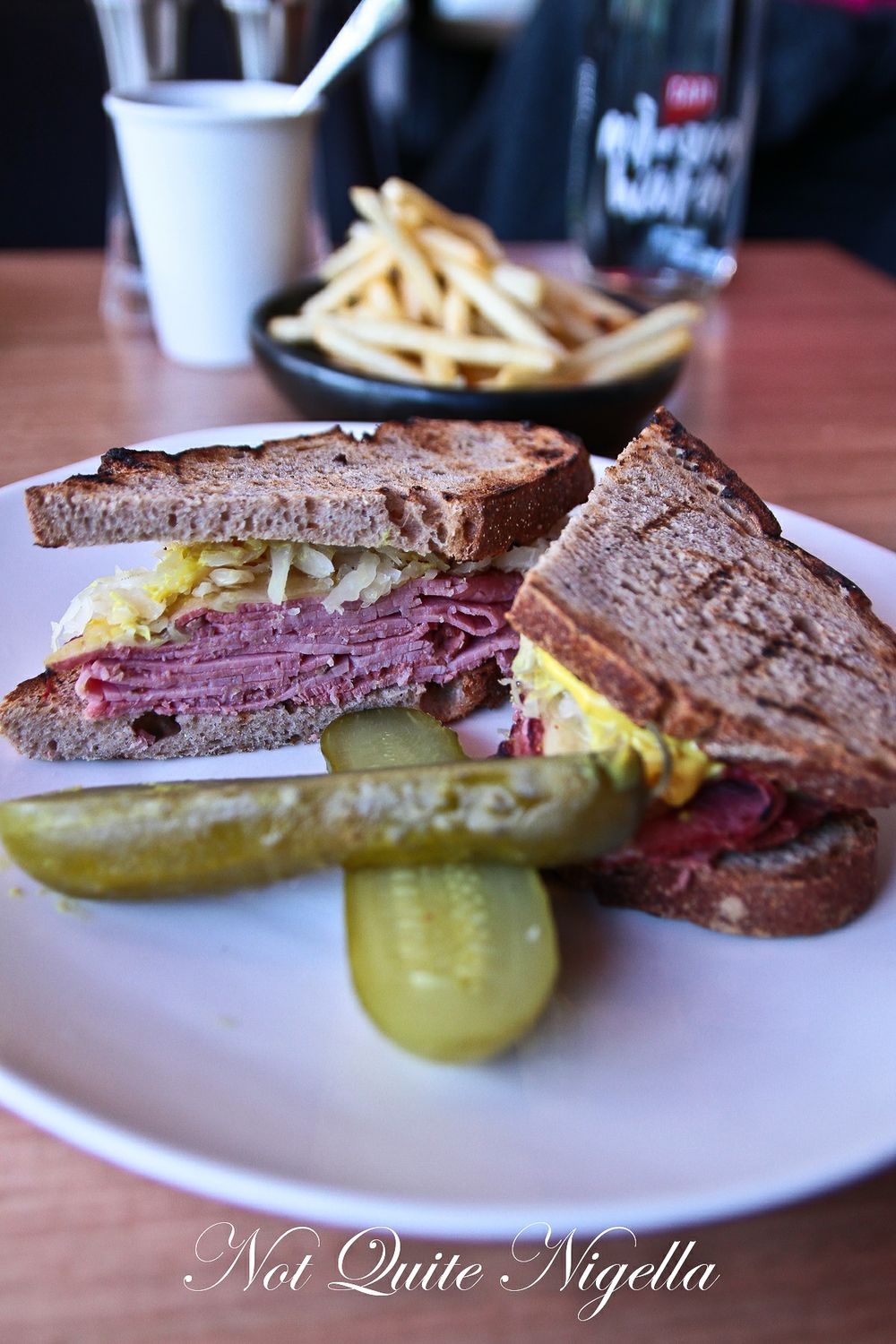 Reuben Sandwich House made pastrami on rye $14.5 plus fries $3

The Reuben is filled with a generous portion of house made pastrami, a slathering of sauerkraut, some grilled Swiss cheese & mustard on a lightly toasted rye sandwich with a dill pickle. It's good although I do find Reubens can be a bit on the dry side and would have really preferred the Hero sandwich (which the waitress immediately offered to make for me but I didn't want to waste the Reuben). 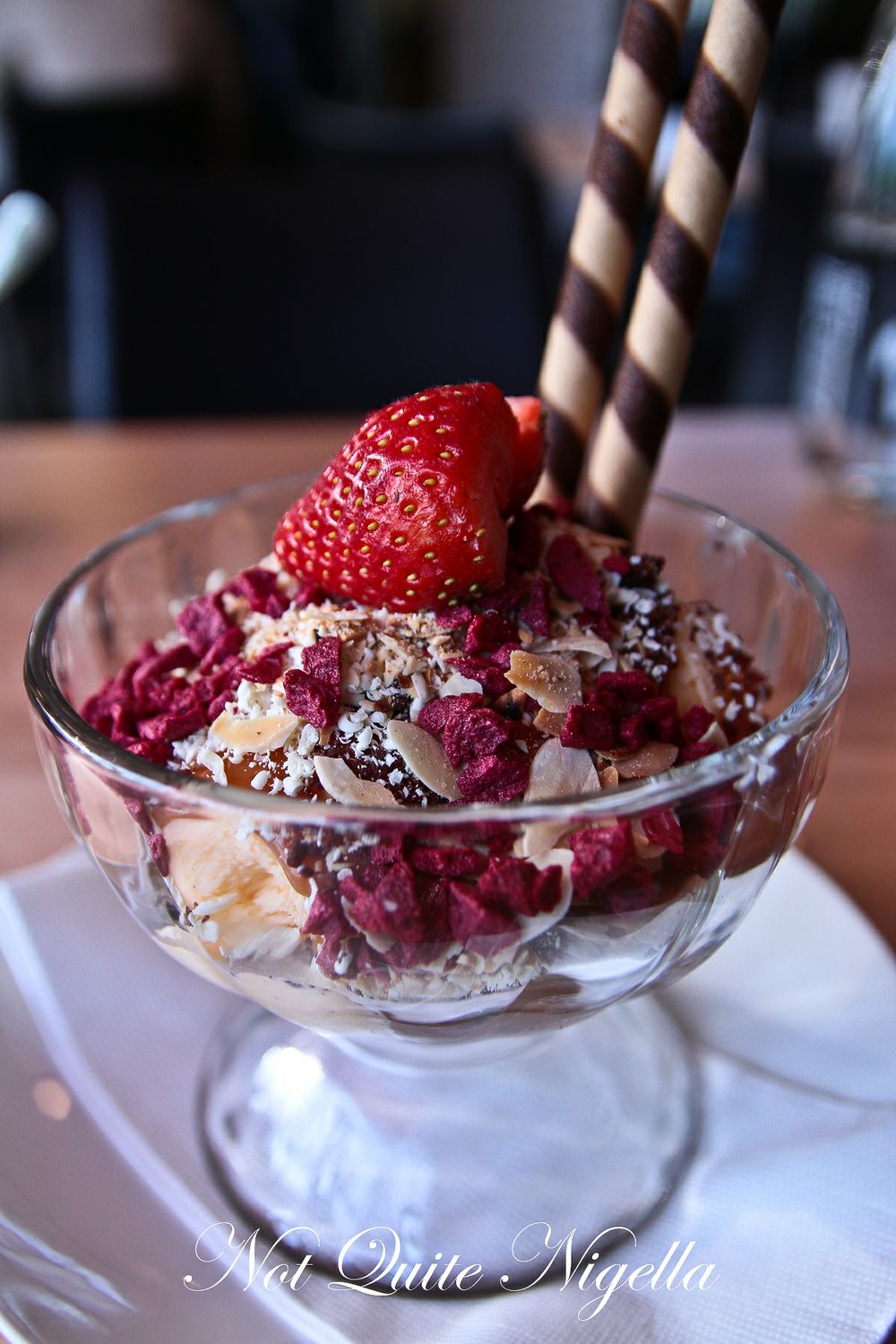 I suspect ice cream sundaes are like birthday cakes. No matter who it is, when you carry a sundae to a table, a happy, smiling kid emerges from an adult, This one is a beauty, with house made vanilla and chocolate ice cream, caramel sauce, crumbled up brownies, slivered almonds and cherry crispies which are like freeze dried cherry pieces and white chocolate shavings. It is a delectable confection of flavours and textures. The only suggestion? Some more caramel sauce as the toppings are generously apportioned and could be a bit dry otherwise. 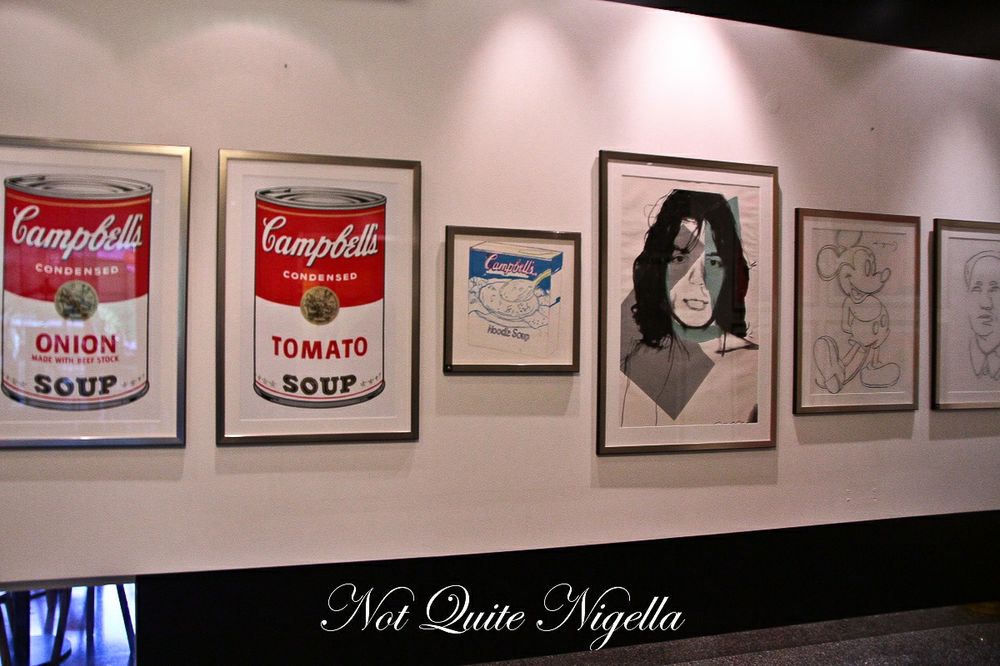 Completely stuffed, I exit the bistro and just outside is a little exhibition of Andy Warhols. The Cullen is one of the Art Series hotels with each hotel devoted to one Australian artist. This one is inspired by Adam Cullen and features several of his pieces in the foyer as well as prints in the rooms. Currently, they are asking guests and Warhol aficionados which one of the nine pieces is a real Warhol while the rest are from art forgeries. You enter your name and details (and room number) into the iPad on the ground floor for a chance to win your own $20,000 Warhol original.

So tell me Dear Reader, if you could own any piece of art, which one would it be? 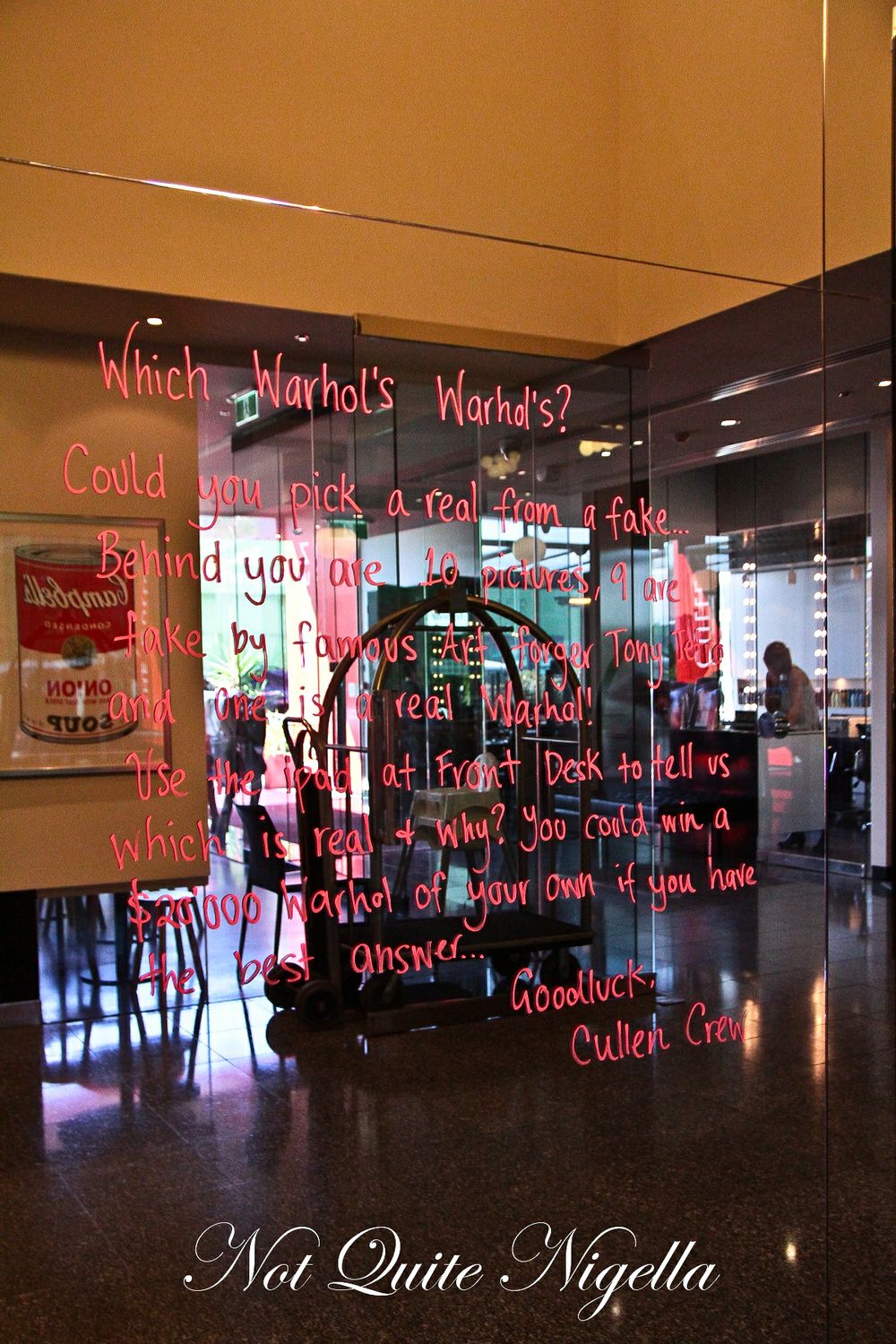 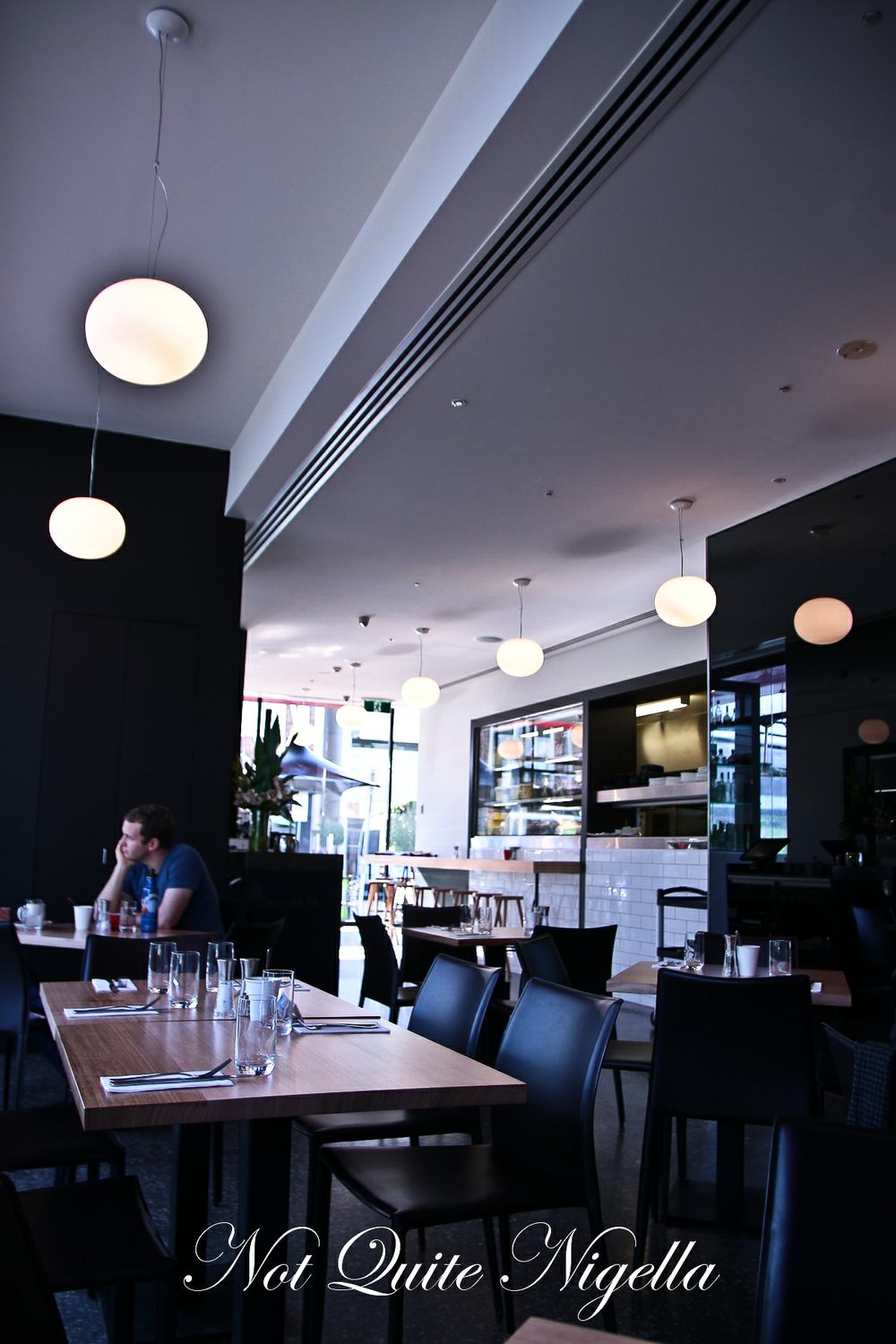