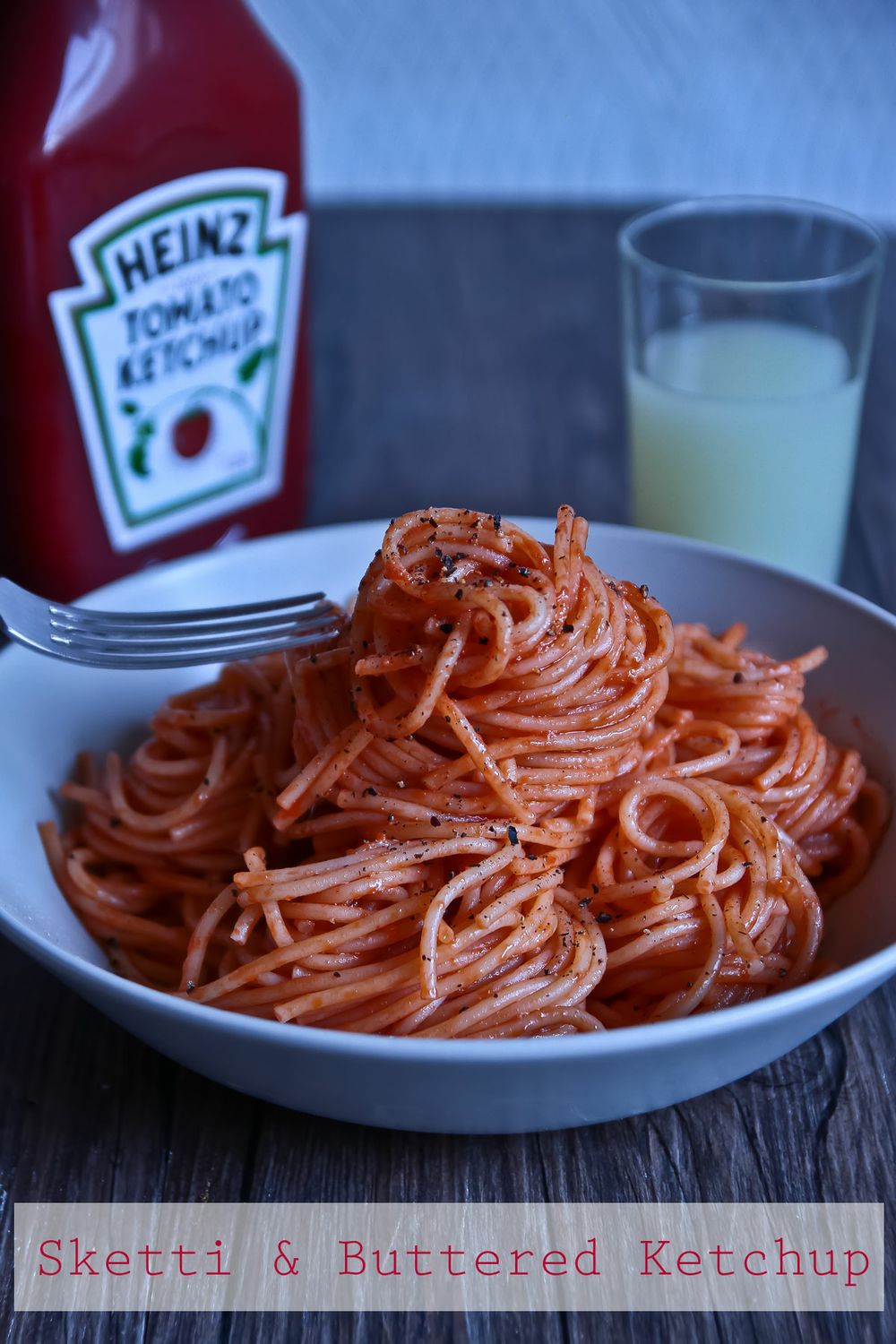 *Food snobs, please look away now...you WILL be horrified ;)

"I smell money" I said one night while eating dinner with Mr NQN and his brother Manu.

Mr NQN gave me a strange look, I'm prone to picking up random smells (he doesn't have much of a sense of smell so he never smells them). But Manu sniffed the air and said "yeah me too! It's quite strong!" while Mr NQN looked at both of us like we had lost both our minds.

"It's probably some ghost walking past us that smells like money" I said and Manu nodded. Mr NQN continued his examination of his alien wife and alien brother. 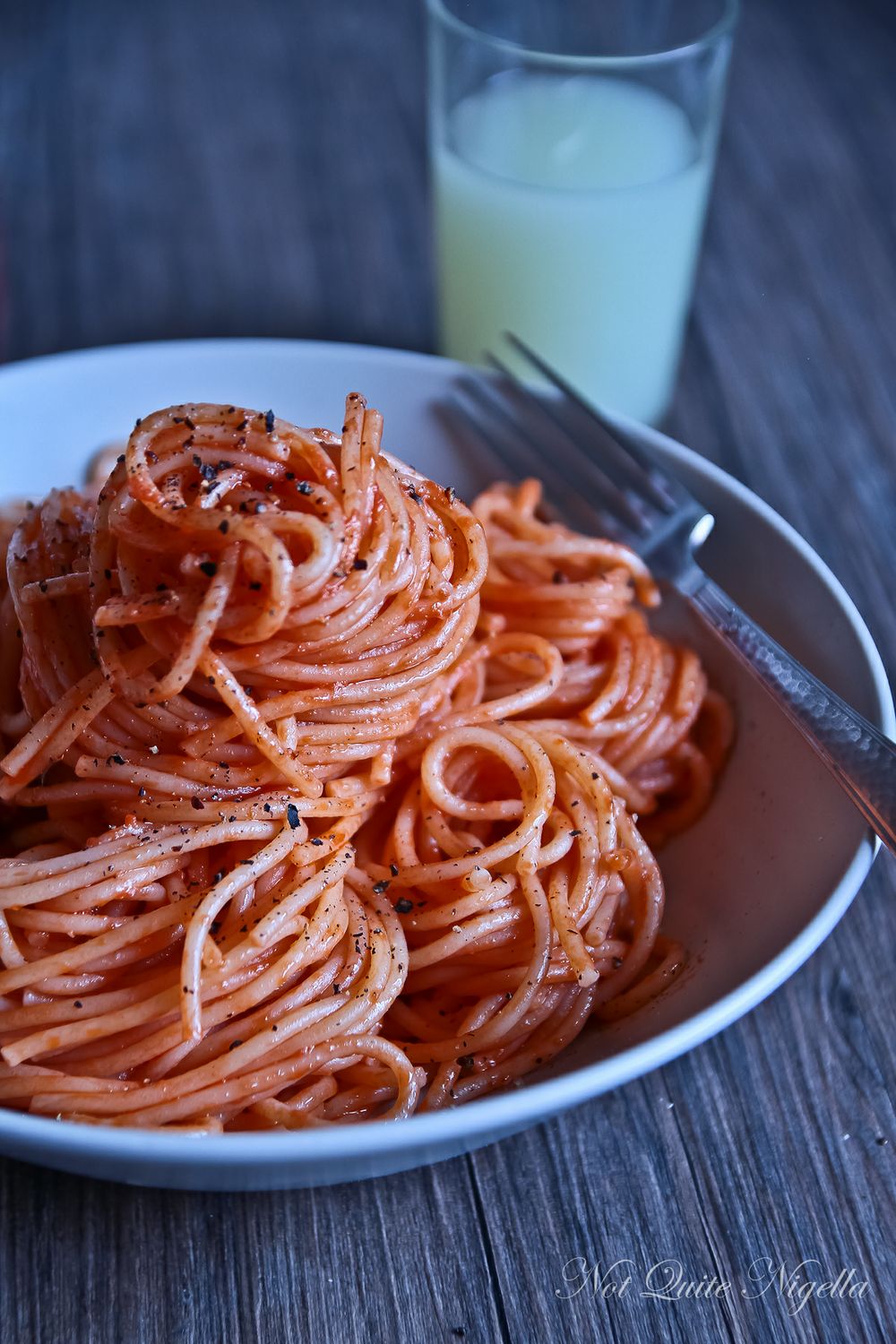 There were other odder things to contend with that night. I wrote before about the television show Here Comes Honey Boo Boo in which a 6 year old child pageant winner from Georgia is the star of her own reality TV show. I was totally sucked into watching the show through a recipe. A friend sent me with the message "You know you want to make Mama June's sketti with ketchup and butter. I know you!" along with a video link. She was right, although when I saw first watched them making it, (complete with the shot of a child's foot on the bench top!) I was a bit taken aback.

But it never left my mind and for the next week I wondered what it would taste like. Before you scoff, revered cook Marcella Hazan is well known for her own tomato and butter sauce recipe (although let's be honest, it's not made with ketchup). Even before the show aired, a thread on Chowhound was devoted to this particular concoction with people reminiscing about the recipe having grown up on it. With buttered noodles a European at-home staple, it probably isn't that different from Nigella's Vegemite spaghetti. And if I had found it in some charmin' Southern recipe book ya'll, I would gone straight for it. So I kept mulling it over and wondering if I should make this, just to see what it was like so I made it for Manu and Mr NQN after a day of kite boarding when they'd be ravenously hungry. 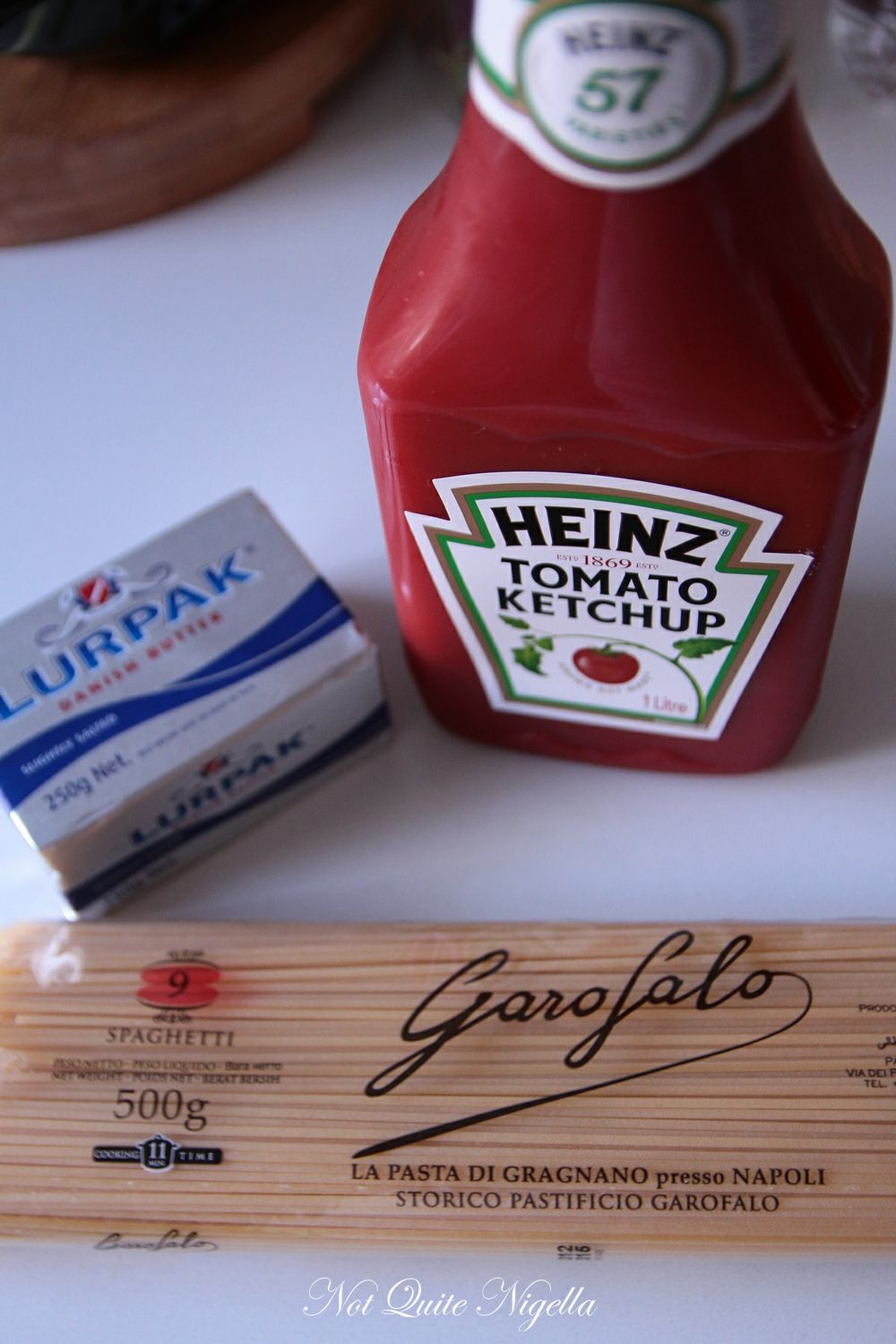 I'm pretty sure this is not what the Lurpak people had in mind when they sent me some butter...sorry.

Needless to say, it was easy, the whole point was to make it just like they did it and I resisted the urge to fancy it up or add greens to it. I think on the show they even add in a bit of ground road kill although I didn't do this (naw, really, I hear you say ;) ). So what was it like? It was on the sweet side, the ketchup took care of that and of course buttery. But it was actually not too bad really - much better than that soft spaghetti you get in a can which I actually find quite unpalatable and mushy. I would perhaps add some Tabasco to give it some spiciness or switch the butter to cream next time and play with some herbs. Did I just say next time?

So tell me Dear Reader, would you try this? And what do you think of Honey Boo Boo?

P.P.S. It goes without saying that you shouldn't eat this very often because it isn't the healthiest meal...although I think a creamy pasta sauce packs a similar amount of calories.

P.P.P.S. If you want to learn how to do the spaghetti twirl, I will show you at the end of the recipe! ;) 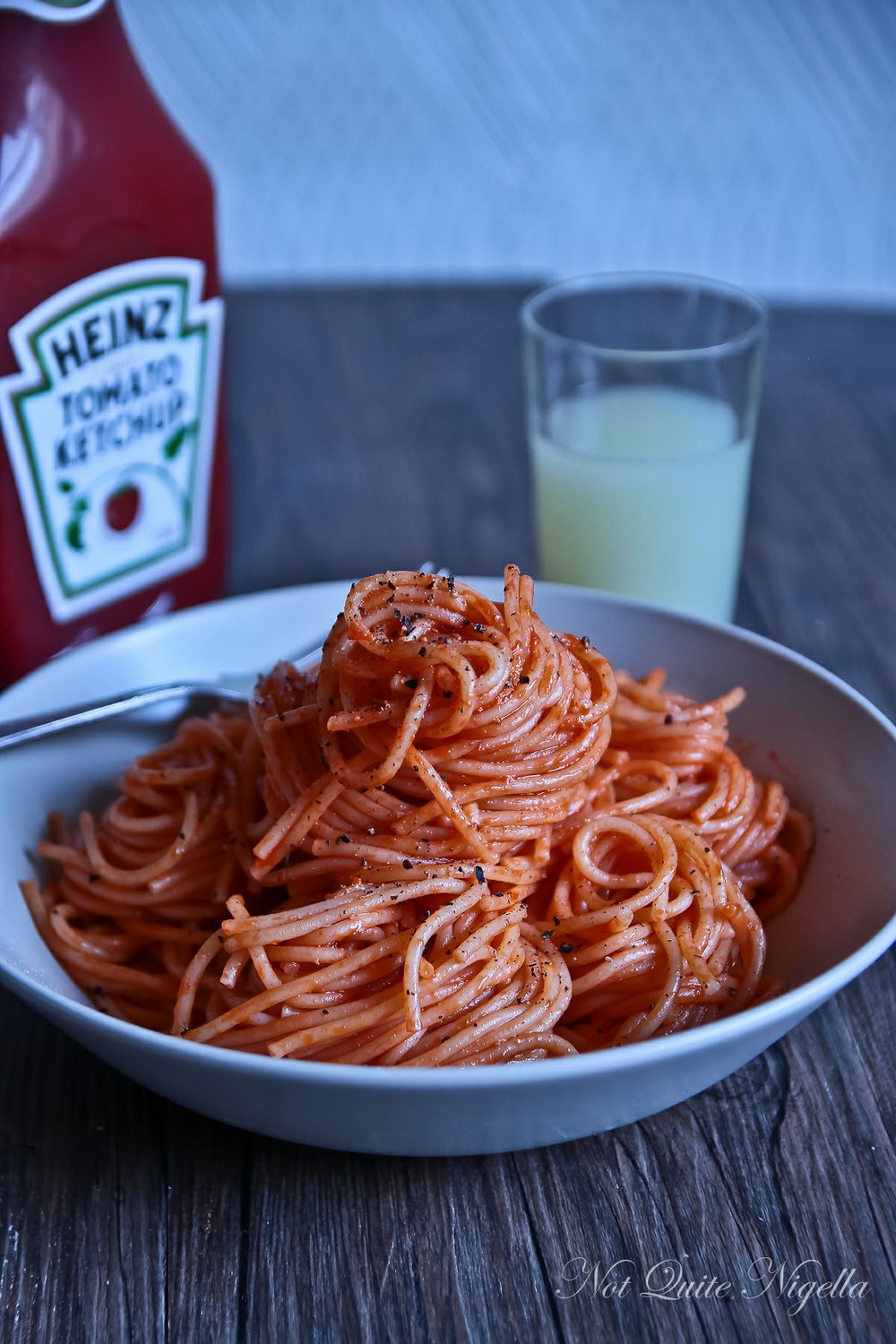 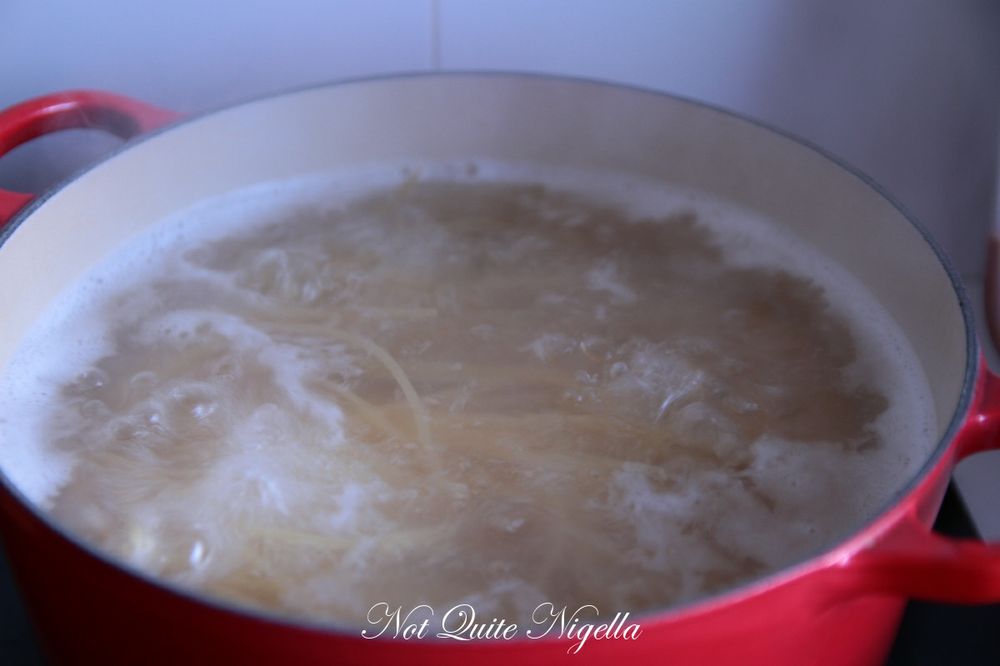 Did I really put a picture of spaghetti boiling in water up? I'm sure you know how to do it...

Step 1 - Place a big pot of salted water onto boil. Add the spaghetti and cook it according to packet instructions. Drain. 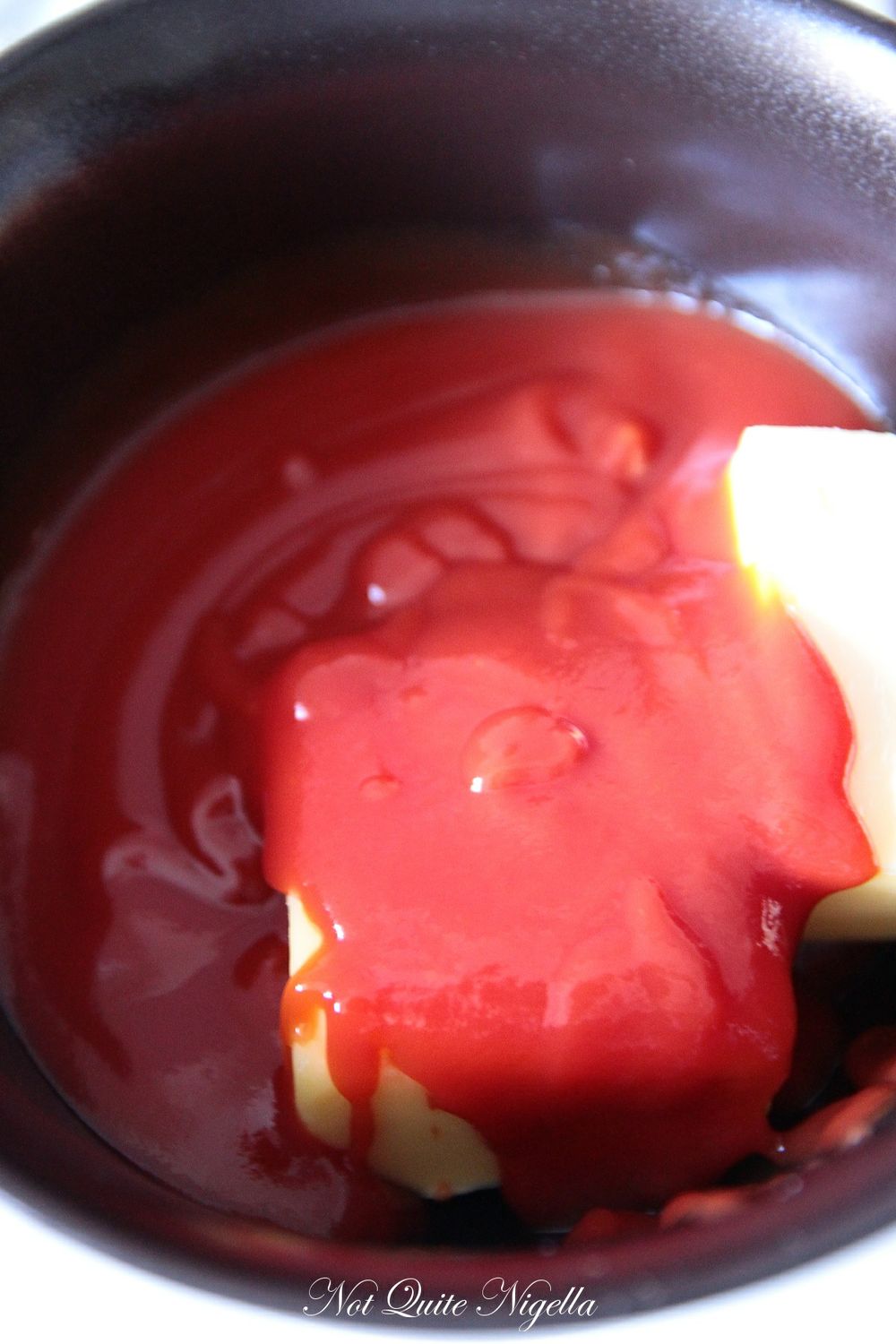 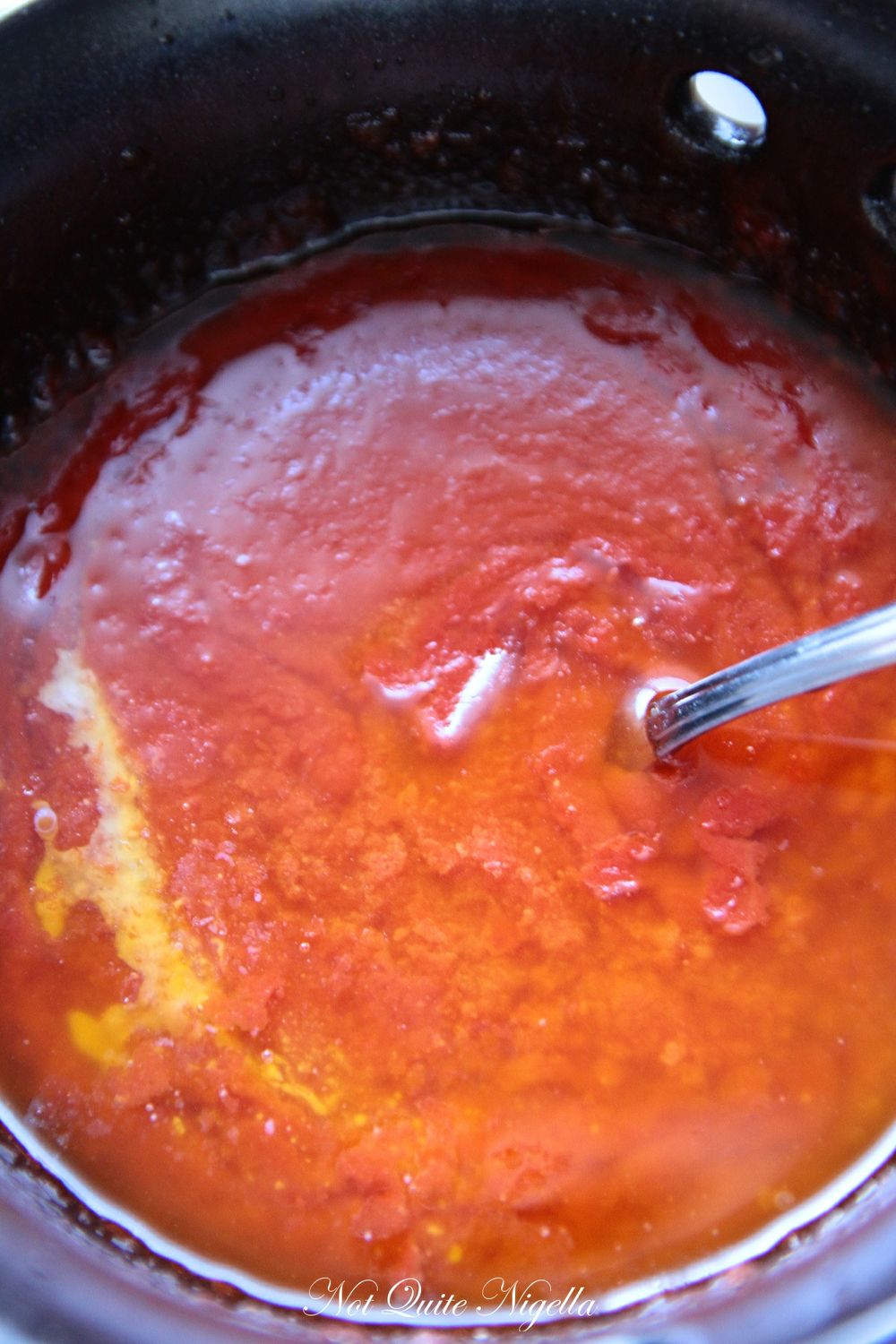 It looks like lava or a ball of fire

Step 2 - Meanwhile, Mama June put the butter and ketchup in the microwave so that the butter would melt and make a sauce. You can do this or put it in the pot once the pasta is cooked. Coat the pasta with the sauce and add salt and freshly ground black pepper to taste.

How to make the spaghetti twirl 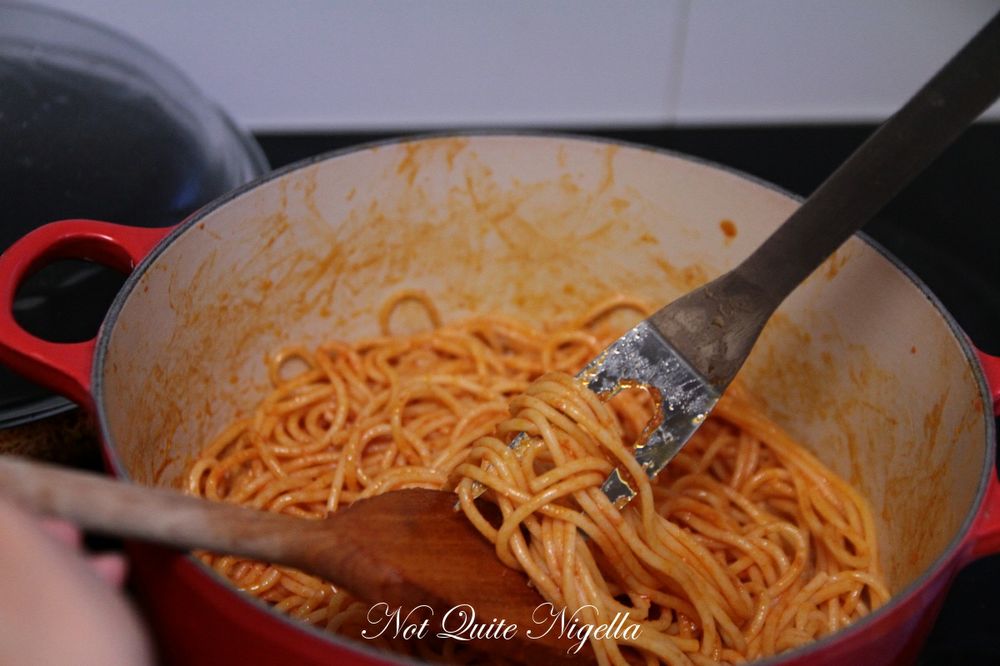 Step 1 - Take a carving fork or large pronged fork and a flat spatula or wooden spoon and take some saucy spaghetti and twirl it around the fork while it the sharp ends sit on the spatula. 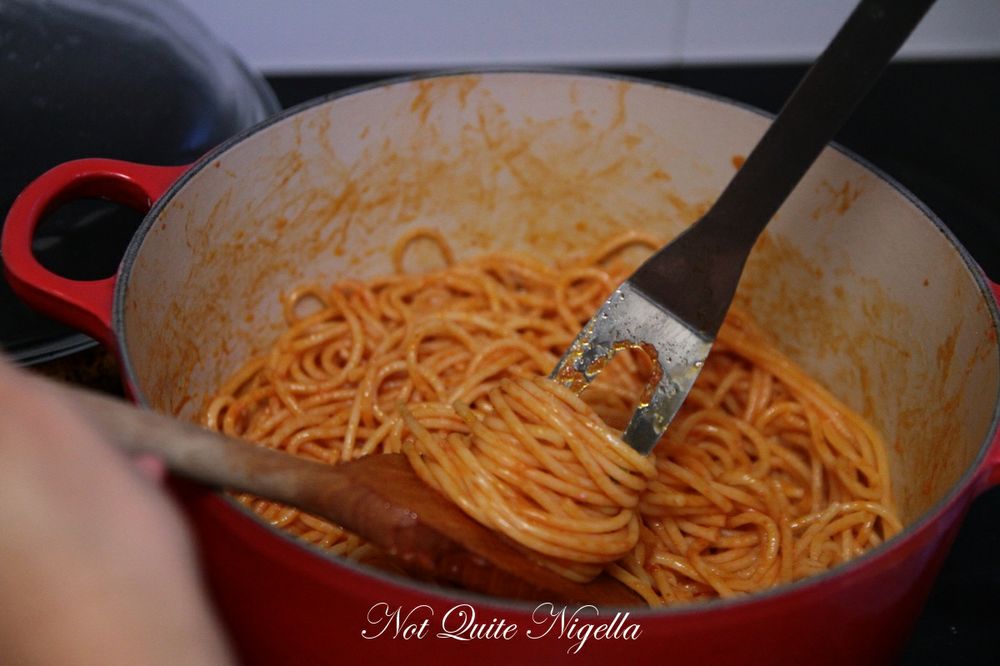 Step 2 - Keep twirling until it is all twirled up into a neat bundle-sometimes strands will stick out but that's ok. 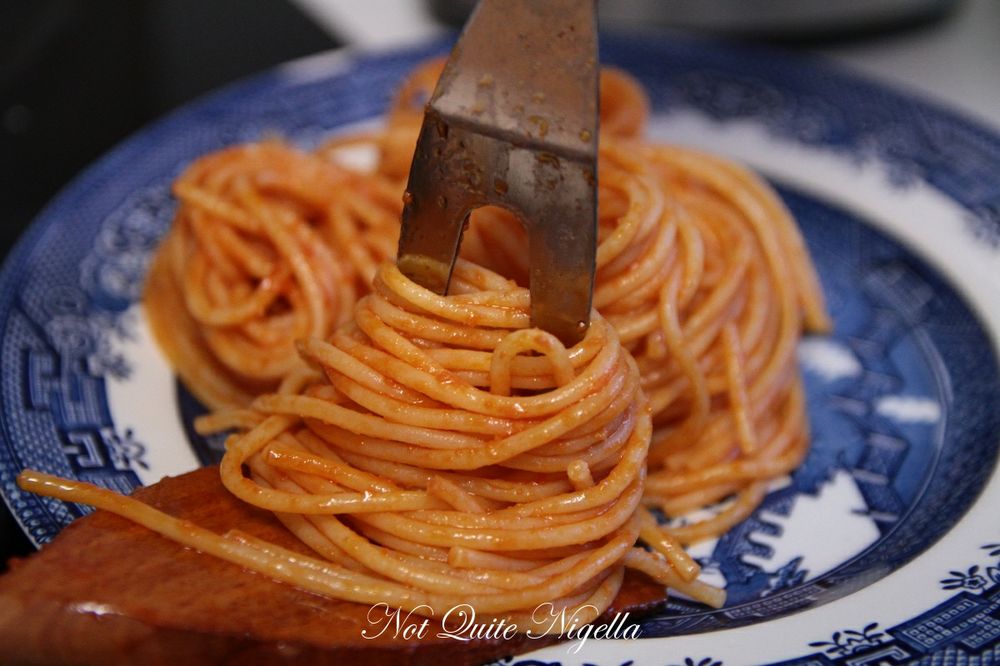 Step 3 - Place it on the plate and gently remove the spatula and then the fork. 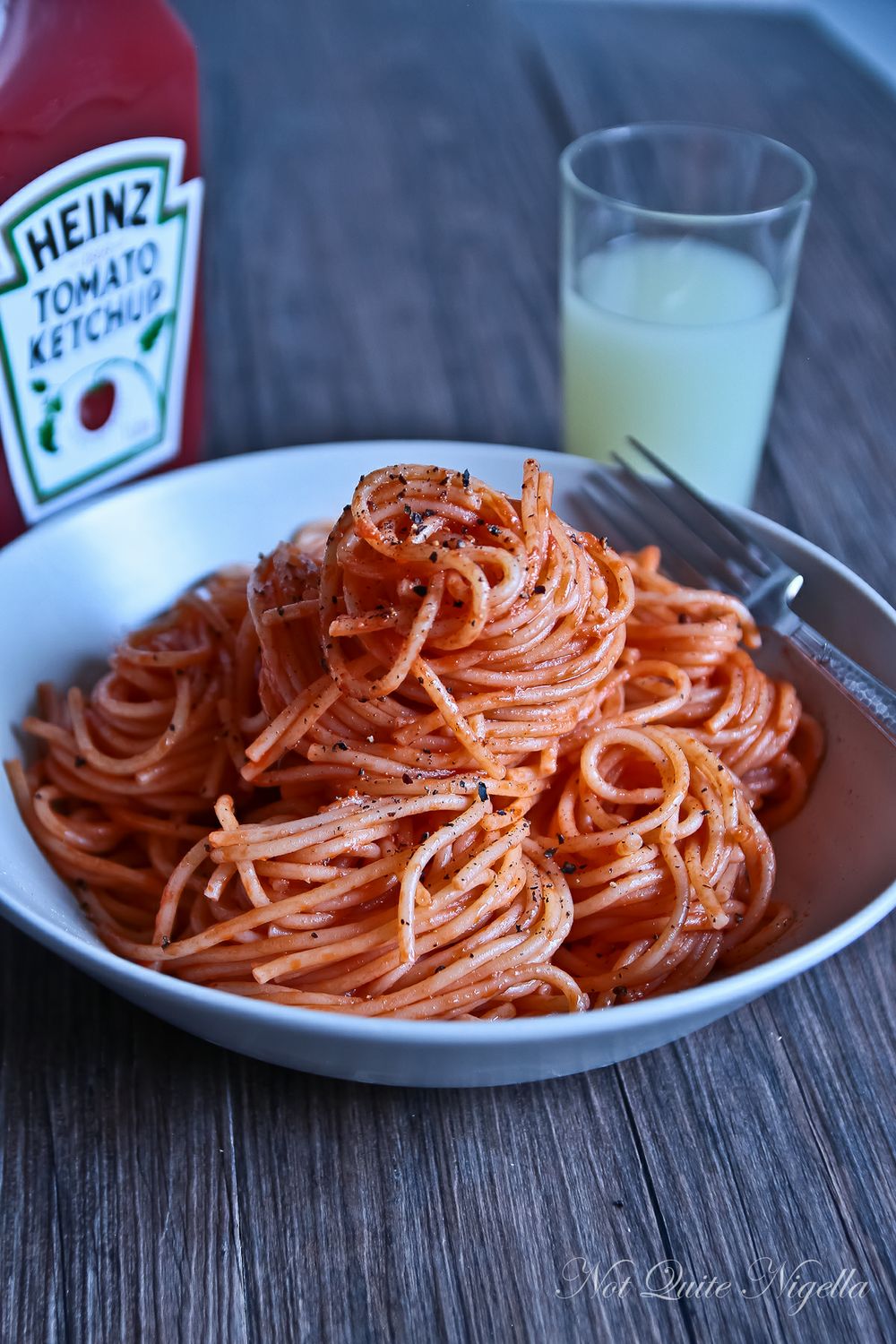