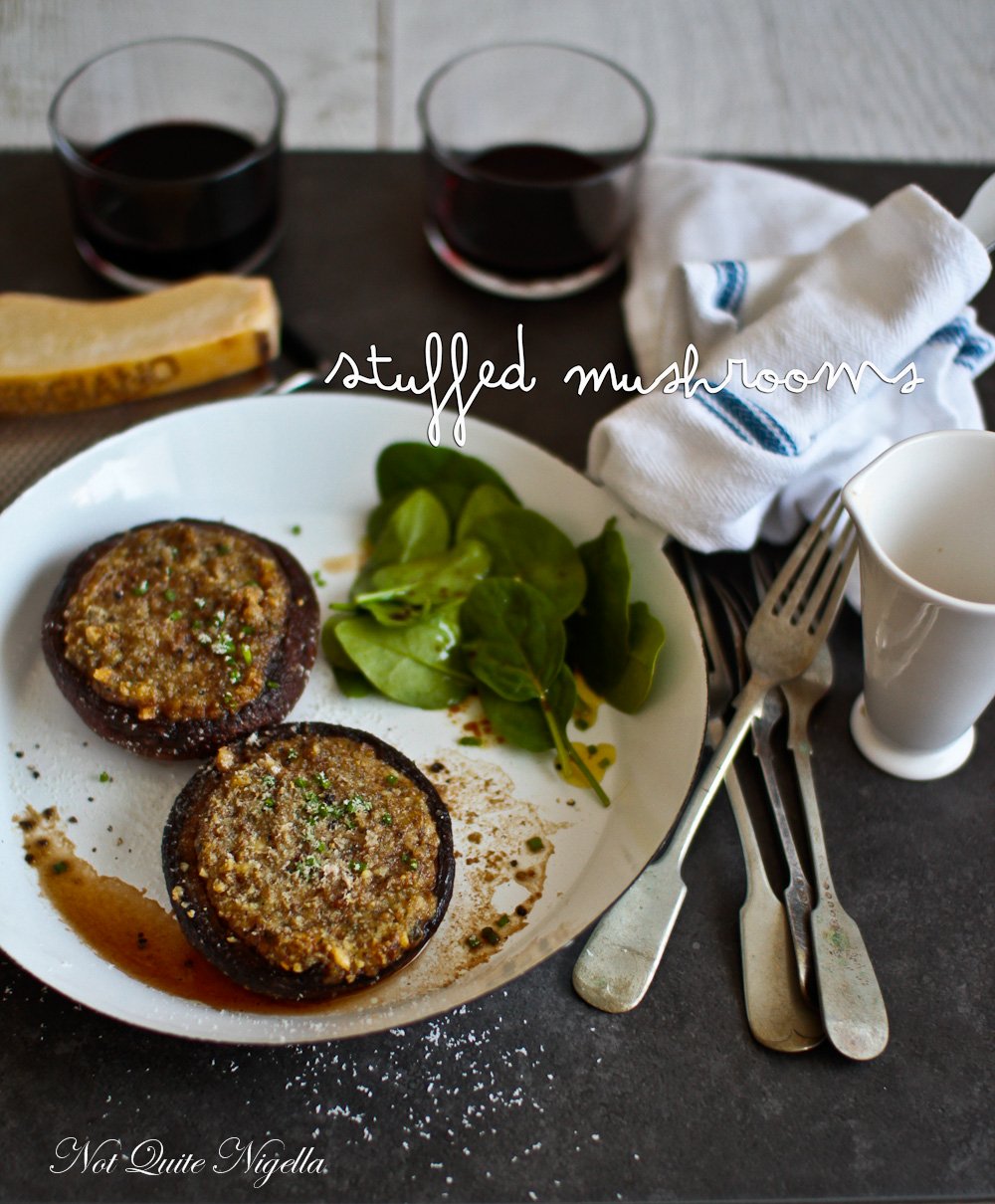 Want to put together an easy, healthy dinner in no time at all? Stuffed mushrooms are one of the easiest meals you can make. With a prep time of around 5 minutes you can have dinner done and dusted (and delicious!).

One of my favourite challenges is to open up someone's fridge and see what I can make out of the ingredients. Recently I was at Nina's house playing with the 5 dogs she was dog sitting when some tiny little tomatoes caught my eye. Nina hates cooking and I think she planned all along that I would be making her and Garth dinner. And you know I actually like doing it so I started putting together these stuffed mushrooms for their dinner.

At first I was going to make a pasta sauce with the tomatoes but then I realised that Nina doesn't eat pasta. She doesn't generally eat gluten so when she said that she was intending to make stuffed mushrooms then I went ahead with her plan. I fossicked around in her fridge and pulled out some cheese. Thank goodness she eats cheese because it would have been much tougher. "Oh that blue cheese is way too strong for us," she said before adding, "We'll probably throw it away." I grabbed the cheese (which was actually not that strong) and some nuts and some other cheese and garlic. 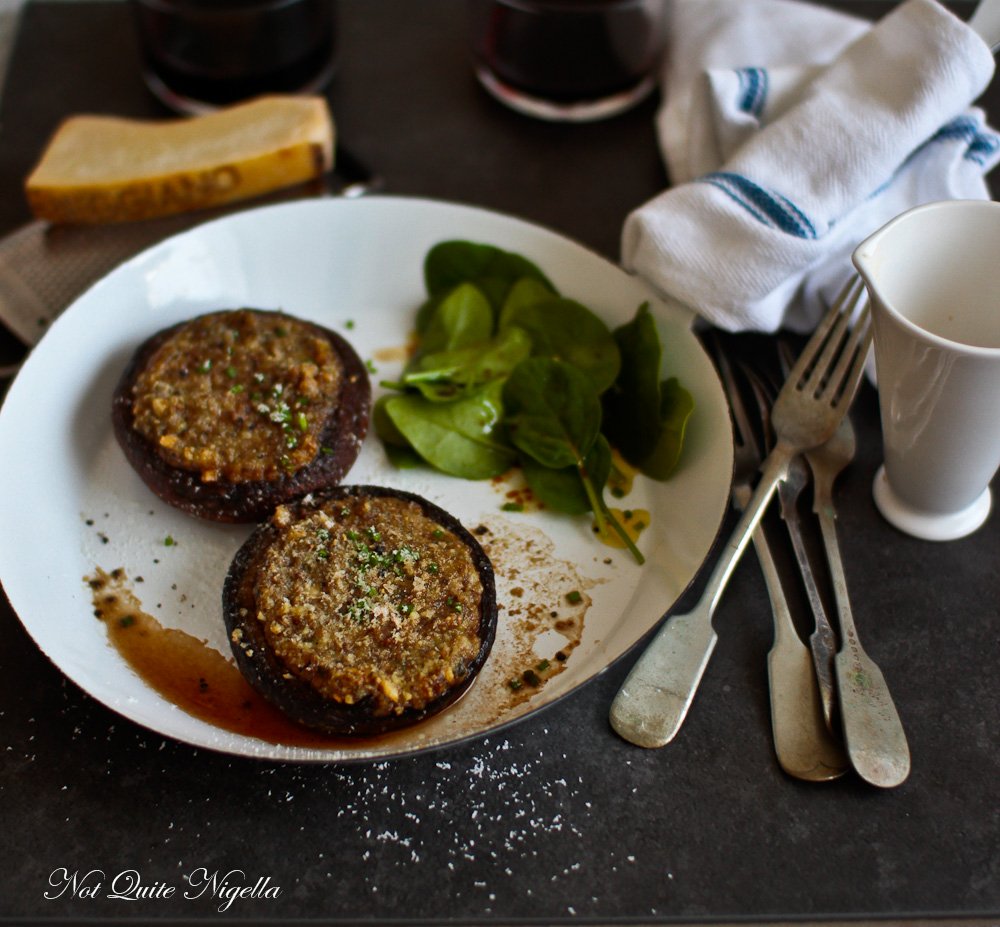 I really wasn't sure whether I would even put this up as a recipe because it is so simple that I figured you guys may not even want it. But Nina and Mr NQN convinced me to put it up. That evening she served the stuffed mushrooms to Garth but didn't mention that I had made them. I made a tomato, rocket and balsamic salad with ricotta; caramelised pumpkin and red onions and these stuffed mushrooms. Garth knew something was up straight away and kept questioning her about dinner until she confessed that she hadn't made it. Little did I know that the night before Garth had begged Nina to make something other than eggs.

She asked me to put up the recipe because while she had seen me make it, she wasn't sure of the ingredients and wanted to make it again. She then asked me to come back the next night to make dinner but I demurred! Although I did offer to swap personal training sessions for home made dinners!

So tell me Dear Reader, do you plan you meals ahead of time or do you like to wing it? Do you find cooking a chore? Would you soon rather pay someone to cook for you or be your personal trainer?

Serves 4 with a salad 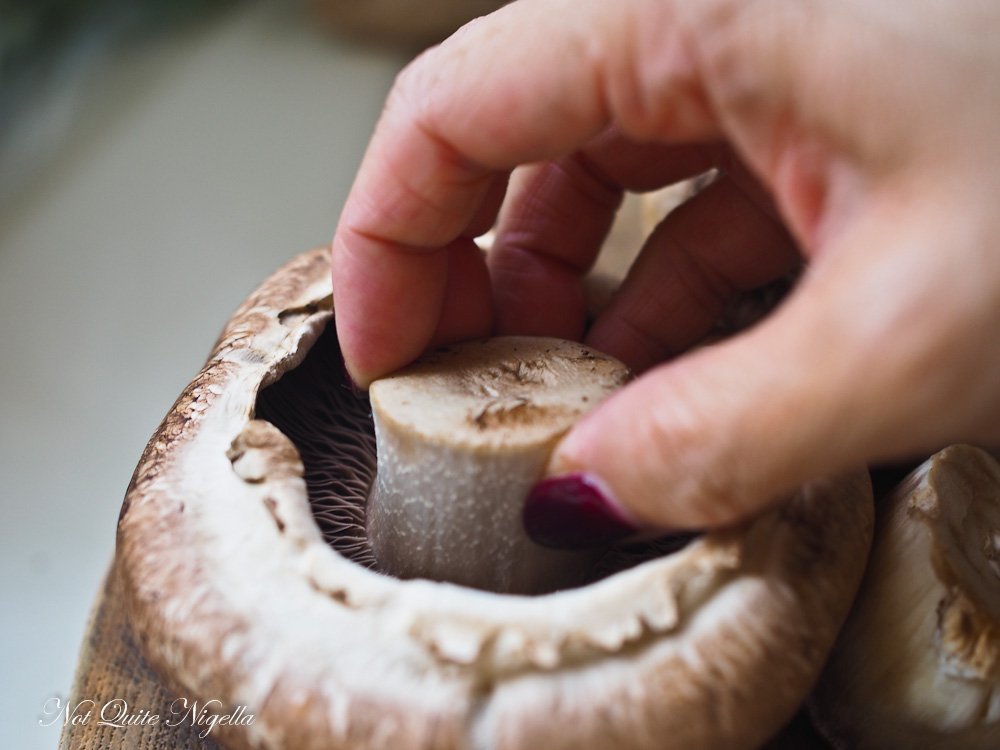 Step 1 - Preheat oven to 180C/350F and line one baking tray with parchment. Remove the stalks from the field mushrooms (plucking them off is easier than cutting them I find). Place the stalks in a food processor along with the garlic, walnut, basil, half of the oil and the two cheeses. Process until it becomes a paste.

Step 2 - Divide amongst the four mushrooms and brush the remaining oil on the mushrooms and bake for 25 minutes. Grate some parmesan cheese over them and season with salt and pepper.