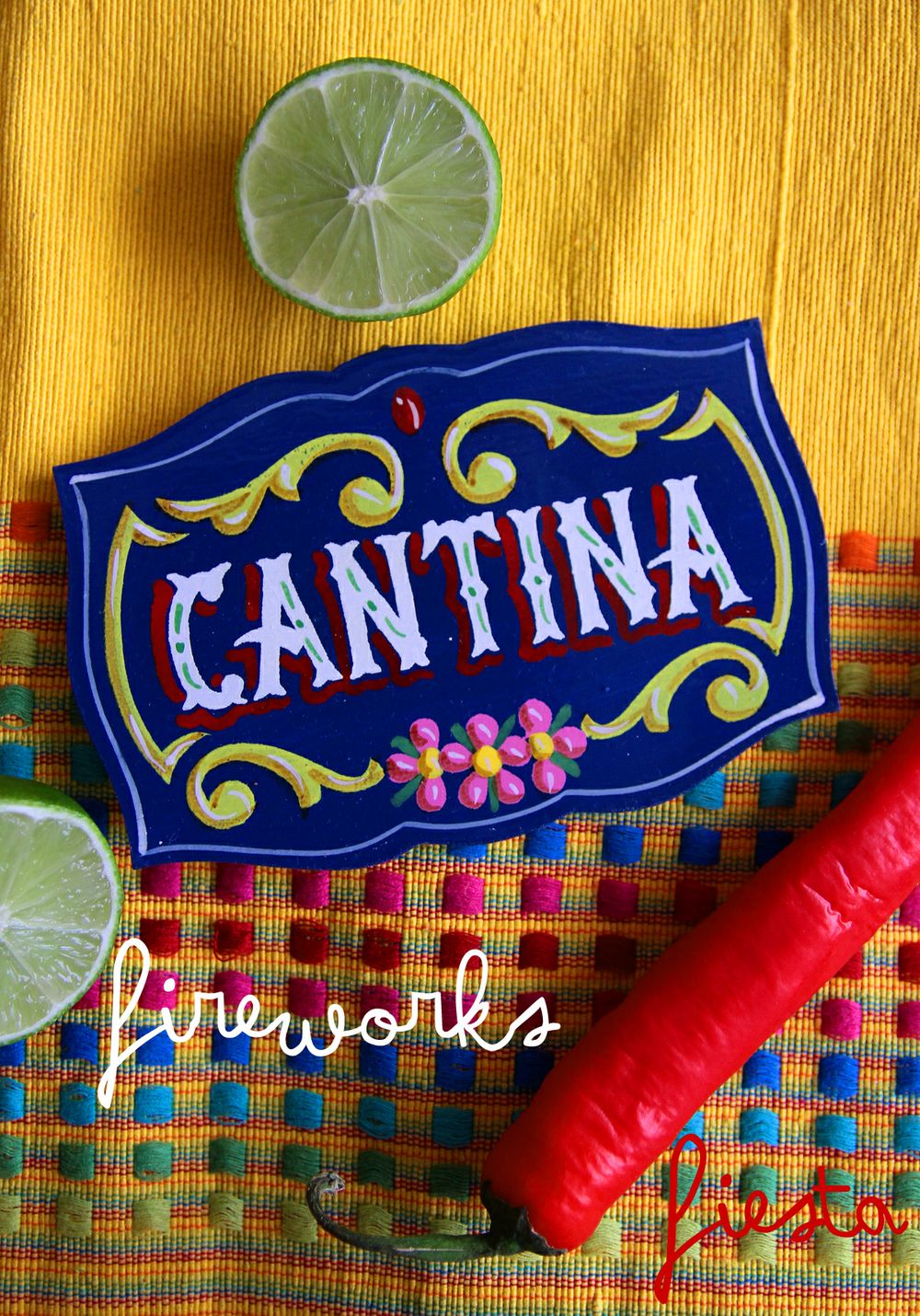 A few years ago, Mr NQN said goodbye to our former abode in Sydney's Mosman. It was the place of many a party and commanded prime views of Sydney Harbour. Every New Year's Eve we would throw a party and we could see all four sets of fireworks from our balcony. We liked living there, the view could not have been beat and the neighbours were quiet and friendly-most of the time, except for one night... 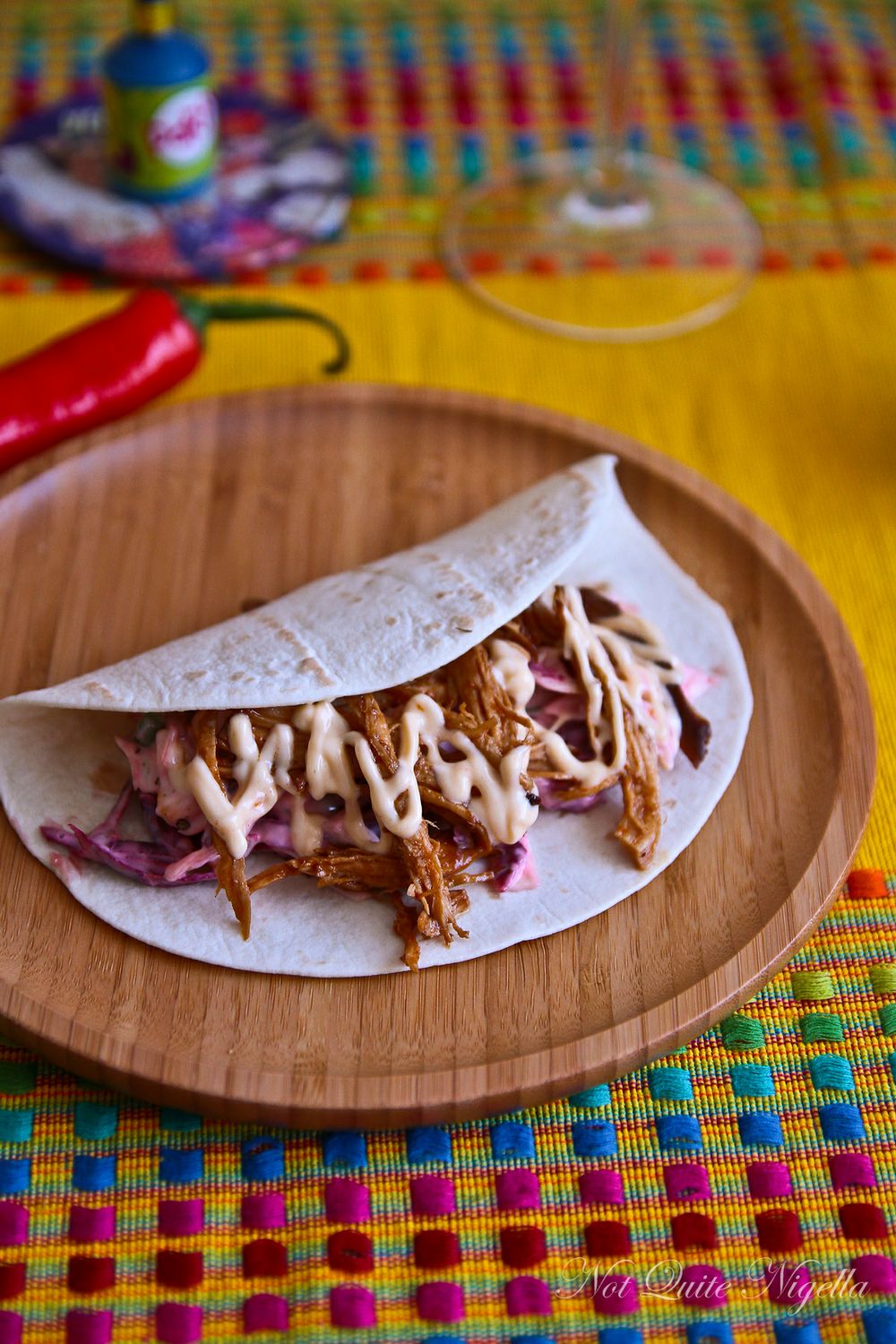 One day, in the early hours of the morning, there was an almighty thud and screaming so loud that you could hear it through the thick concrete floors. "I know you've stolen it!!!" a man's angry voice screamed at the top of his lungs. We could hear closet doors being slammed shut and his screaming voice being carried from room to room as he searched for this camera that apparently his friend, our neighbour, had taken. This carried on for about fifteen minutes, the screaming getting louder and the man angrier until there was one enormous thud and then silence. 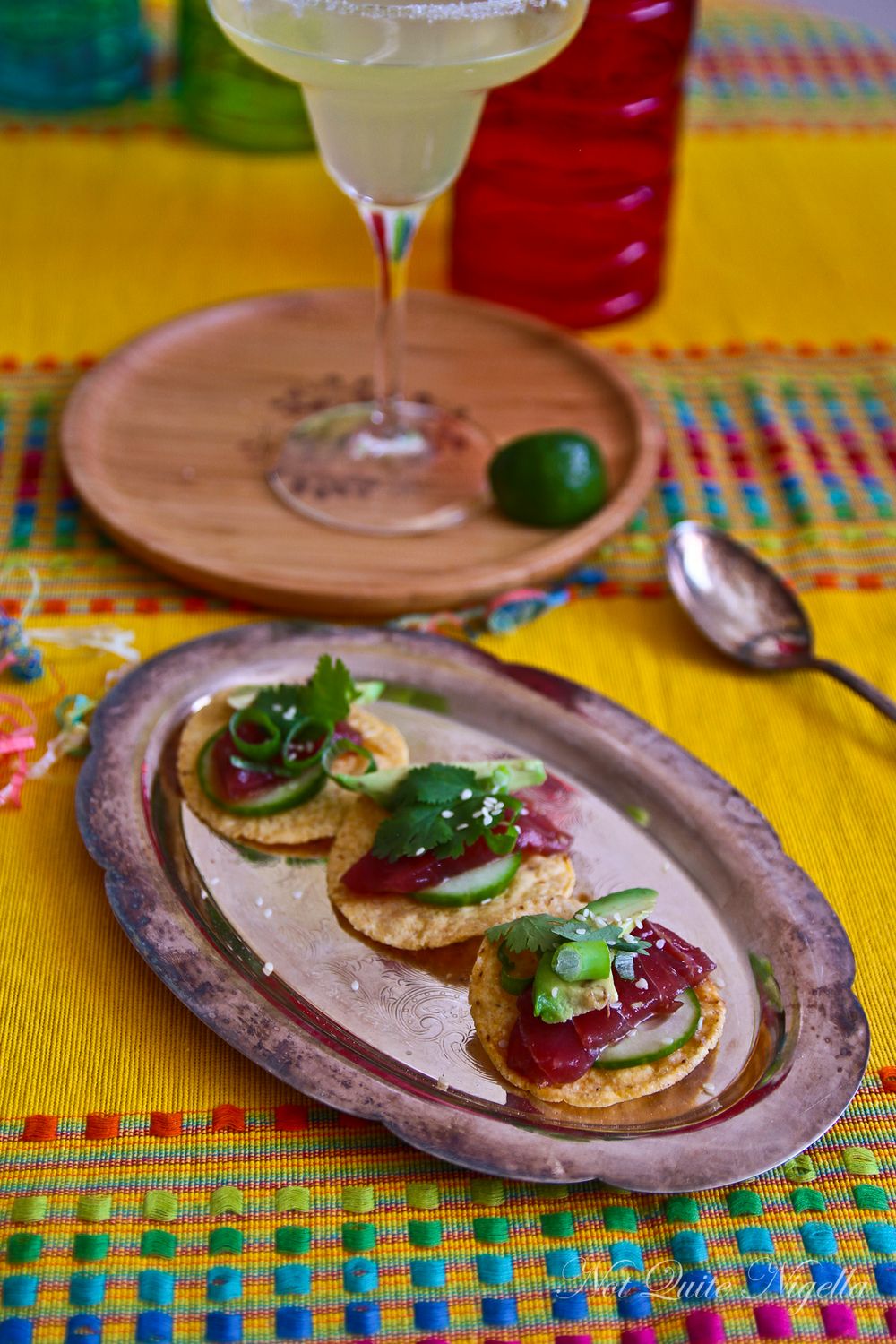 Mr NQN and I, both jarred awake by this time, looked at each other. What happened? Was the other man dead or injured? We didn't hear the door close or the elevator called and it was unlikely that the man would have walked down fourteen flights of stairs if an elevator were available. So thinking that something ghastly had happened, we called the police. 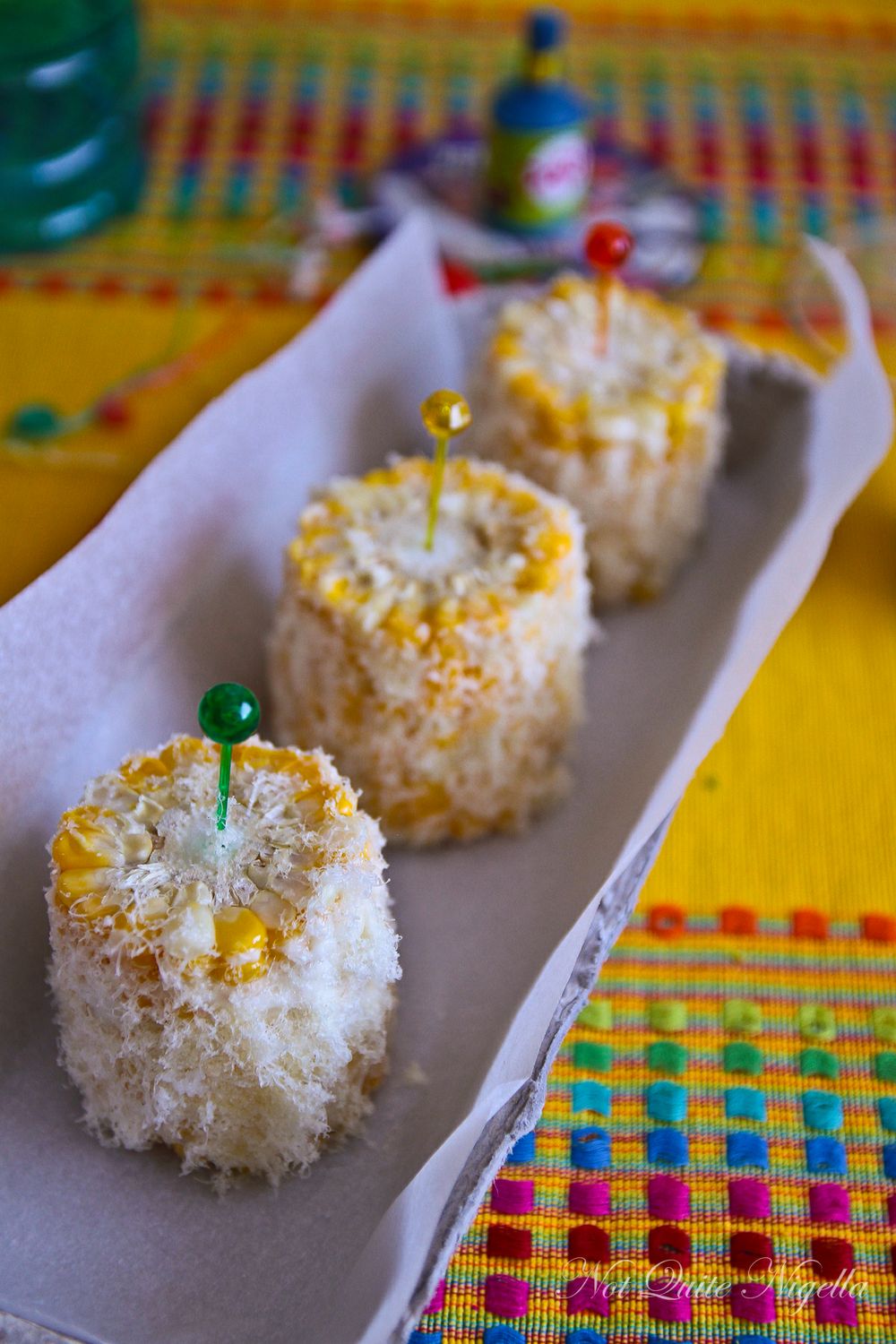 Corn with lime mayonnaise and cheese

Things in Mosman are pretty quiet at the best of times and four officers came to our floor, guns drawn. We tiptoed to our front door, opened it gently and pointed directly below us. The police nodded comprehension and went downstairs. We heard them pound on the apartment door downstairs and after a while, the door opened and conversation was exchanged. 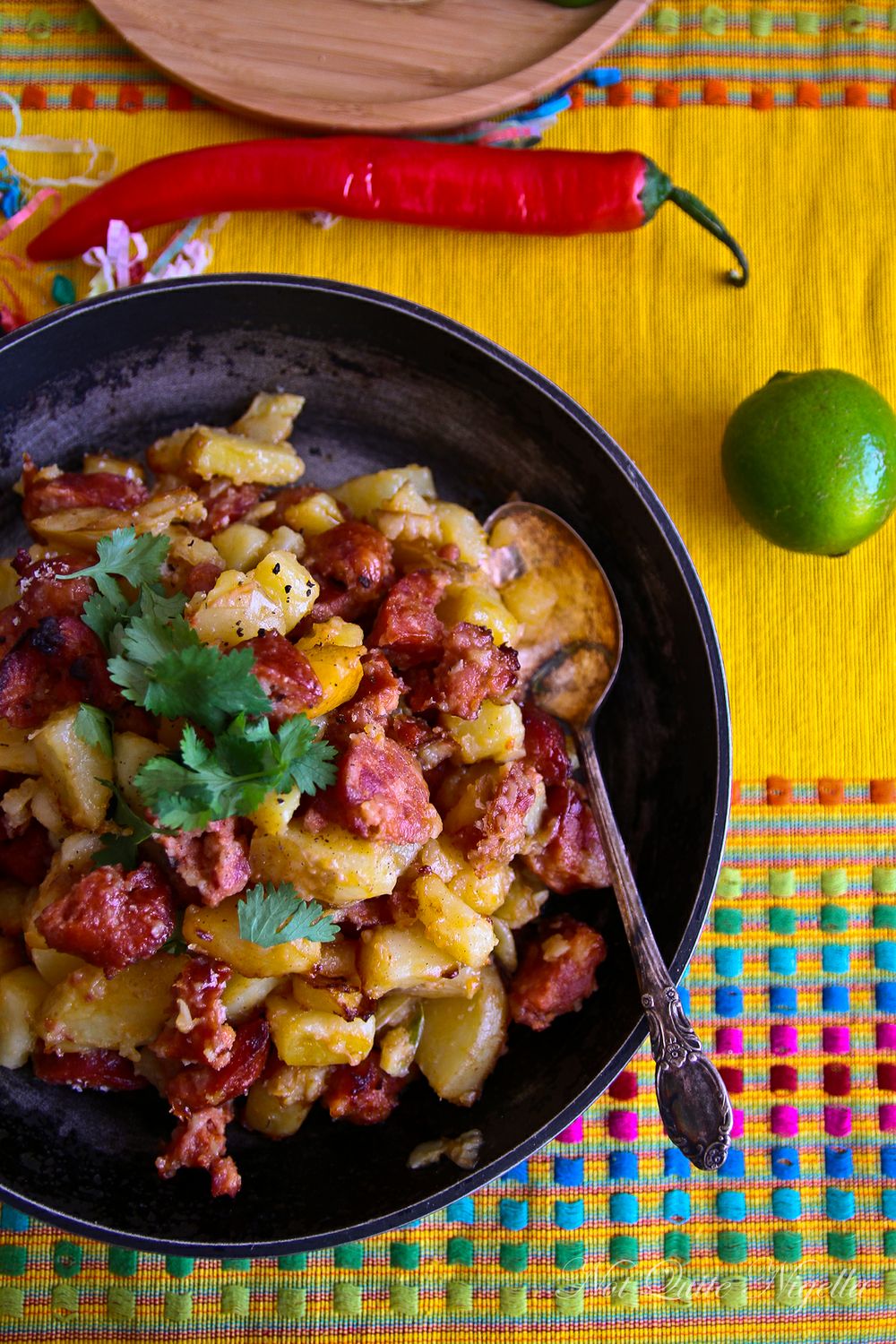 There was a lot of talking and we looked at each other wondering if an ambulance would arrive. We were relieved to see that it didn't and about an hour later, a paddy wagon arrived to take a sedated small man into custody. We breathed a sigh of relief and the next day, a note was pinned to the elevator apologising for the interruption and the impromptu fireworks display that may have kept anyone up. 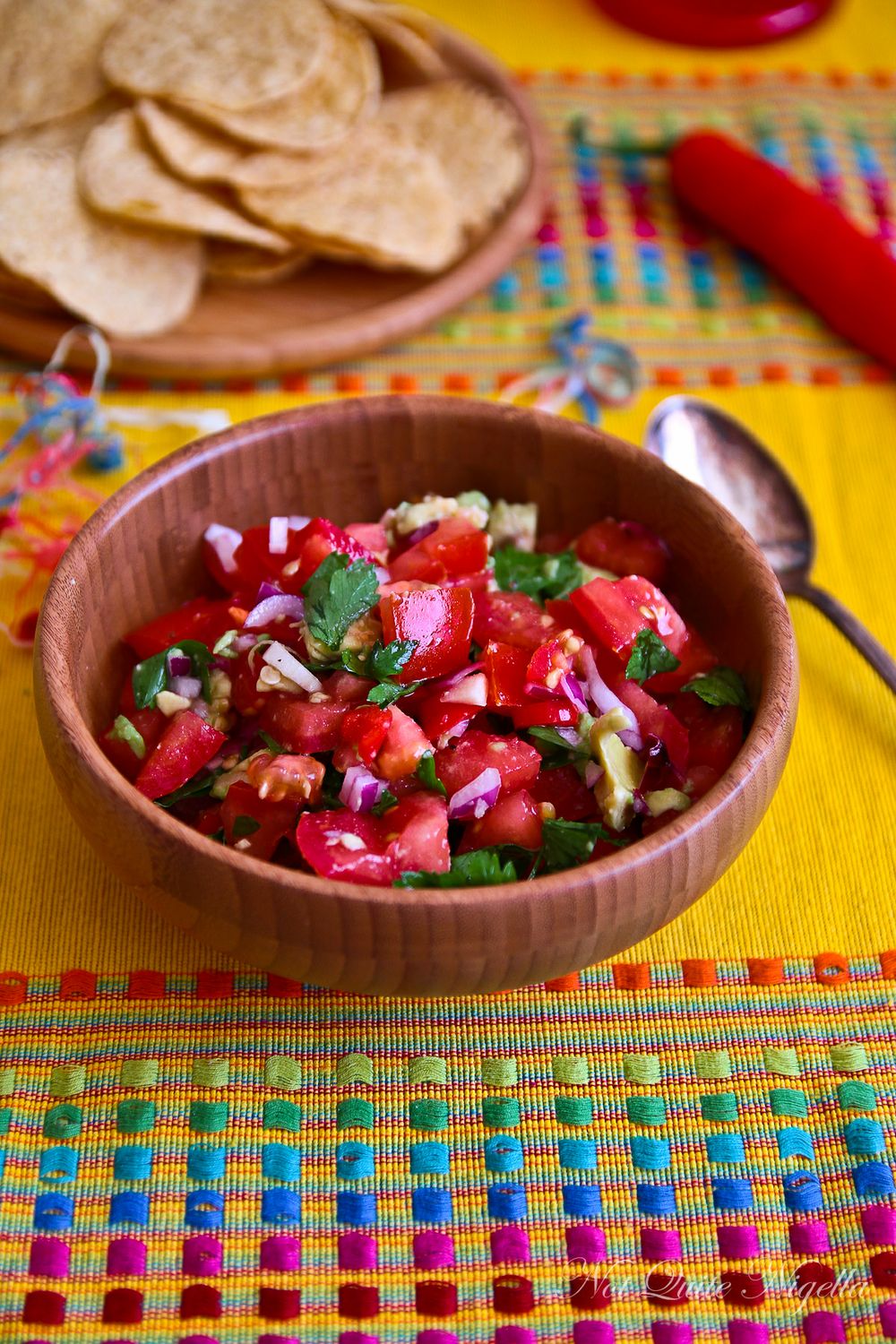 Apartment living sometimes has its advantages though. Like in November, when Ute and I were talking about New Year's Eve and what to do. She mentioned that she has a spectacular view from her apartment and that her apartment has a gazebo that sits on the waterfront of Potts Point that she could book. 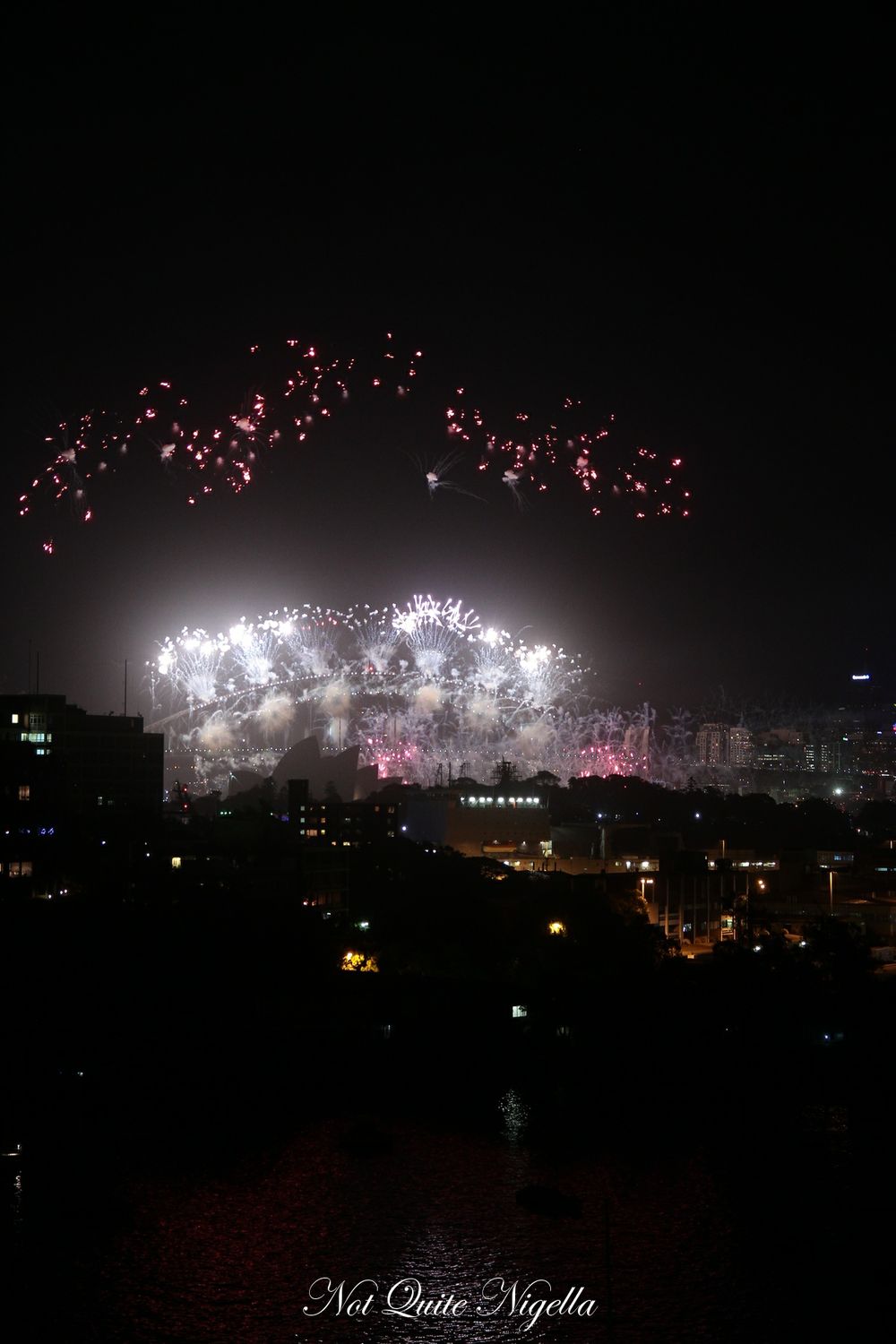 Plans were made to spend NYE at her place and I offered to make some food. Melbourne is in the throes of Mexican food love and Sydney is certainly getting there with so many fantastic places opening up. I actually wanted to make a Mexican inspired feast for Christmas Day lunch with the relatives but thought that the whole fireworks and spicy theme suited NYE better. And I wanted to share this on the almost eve of Australia Day this Saturday in case you are wanting to serve up something crowd friendly. 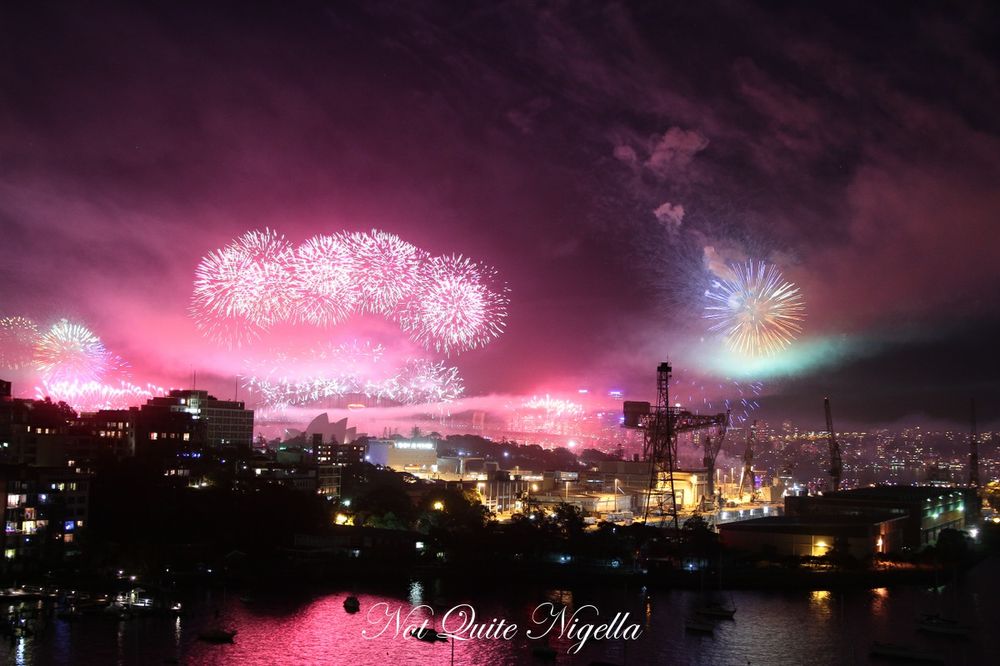 I assembled a list of recipes, and whilst I can't vouch for their authenticity, I can vouch that guests seemed to really enjoy them. Most of it just needed to be assembled prior to serving with most of the cooking done ahead of time. The end part can all be done on a barbecue which means that anyone that loves twirling the tongs at the barbecue station won't feel left out and there's a mix of textures and tastes in the following selection that will hopefully sate most appetites. We also served this with a ceviche that Ute made which we didn't photograph so I'll give that a go at another time using her recipe.

So tell me Dear Reader, would you have called the police, gone downstairs to check or gone back to bed? And what are your neighbours like? Are you friends with them or are you more ships that pass in the night? 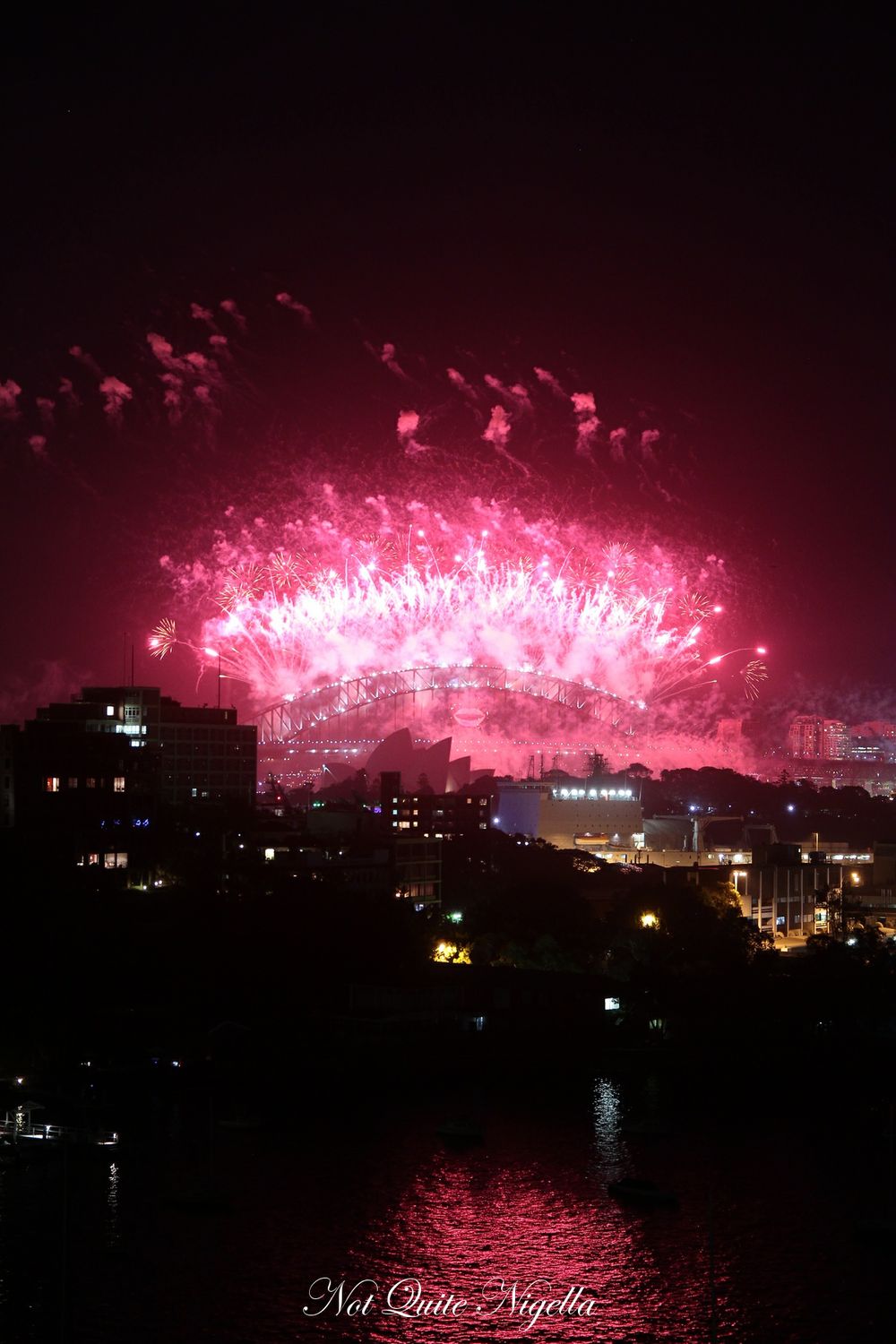 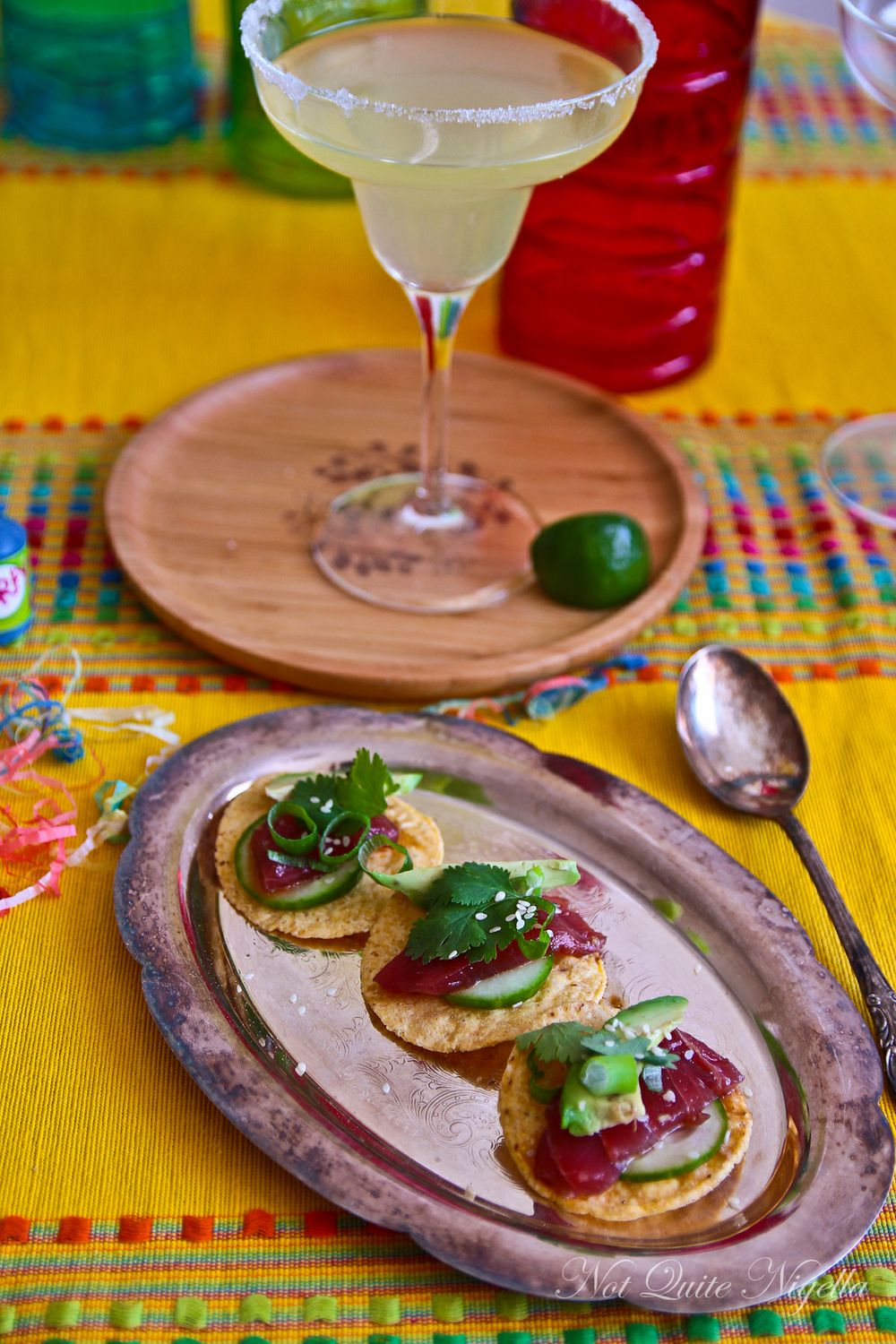 I first got the idea from a preview of ChowTown for Big Day Out. At the preview, Mexican chef Alejandro Urbina from Rojo Rocket made these incredible tuna tostadas that I immediately loved. It seemed simple enough, top a corn chip with a piece of seasoned tuna sashimi. And I'm proud to say that even though this isn't his recipe and his tuna tostada was just a very fond memory, these are pretty good. When I served them, all of the guests were kind enough to come up to me to tell me how good they were. It's important to make these "a la minute" or just before you are about to serve these because you don't want the chip to get soggy. But once you have everything chopped an assembly line of these is easy. And these are such a crowd pleaser, it's hard to say no to making these.

Step 1 - Slice the sashimi into about 26-30 pieces, a slice about the size of a slice of sashimi will do (please note you usually slice against the grain for sashimi so that it doesn't fall apart when picking it up but since you're picking this up on a corn chip, falling apart isn't an issue). In a bowl, mix the soy sauce, mirin and sesame oil.

Step 2 - Take a serving platter and spread out the corn chips (use whole ones). Top each corn chip with a slice of cucumber, then the tuna dipped in the soy mix (do not marinate as that will cause the tuna to firm up too much and cook) and then the avocado. Top with a scattering of coriander leaves, green onions and sesame seeds and serve. 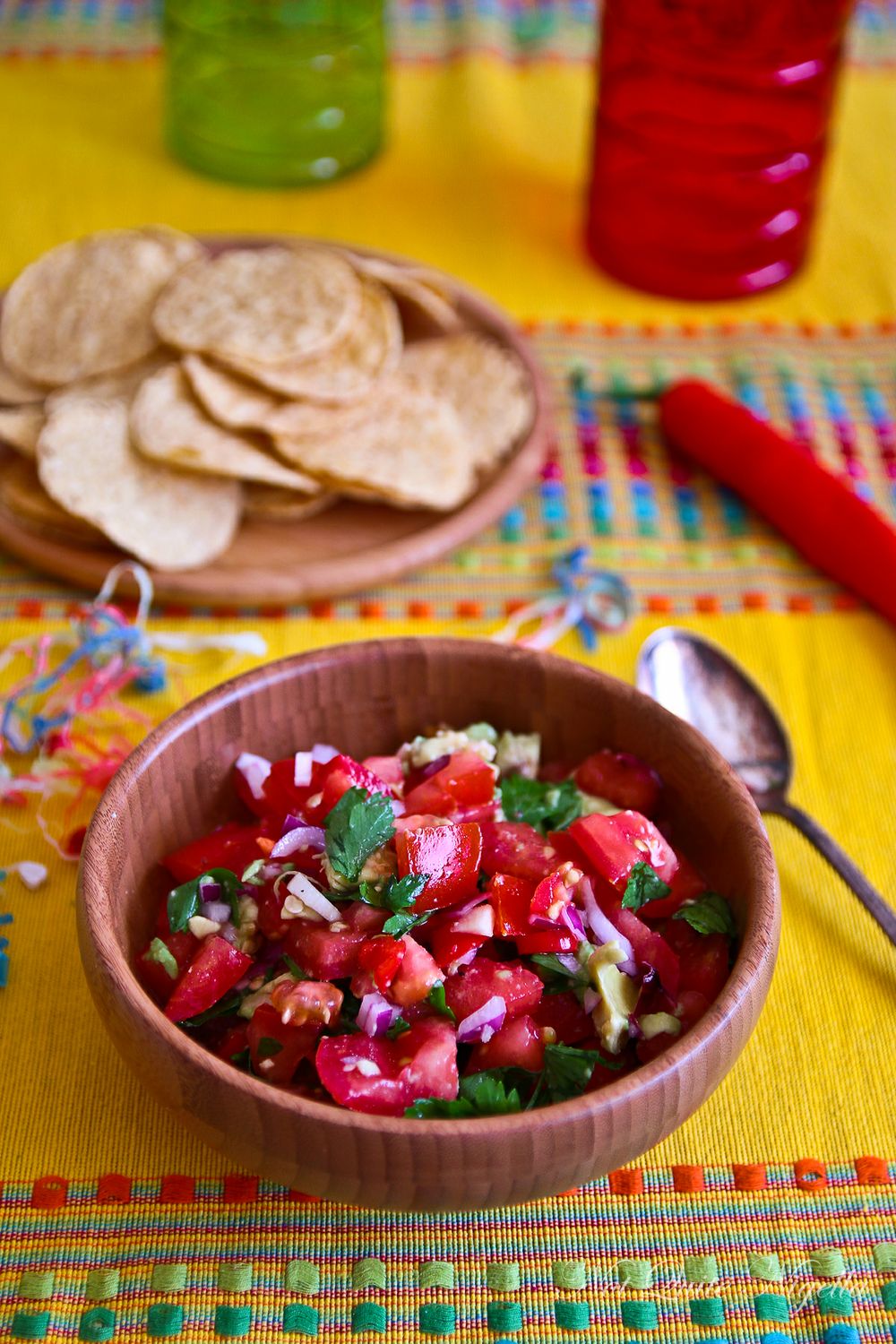 Again, this is scarcely a recipe, I'm sure you've made things quite similar and it just involves chopping everything up and serving it in a bowl for people to scoop up in corn chips! You can make this ahead of time earlier on in the day.

Step 1 - Dice up the tomatoes, onion and avocado and place in a bowl. Season with fresh lime juice, salt and pepper to taste. Serve with corn chips. 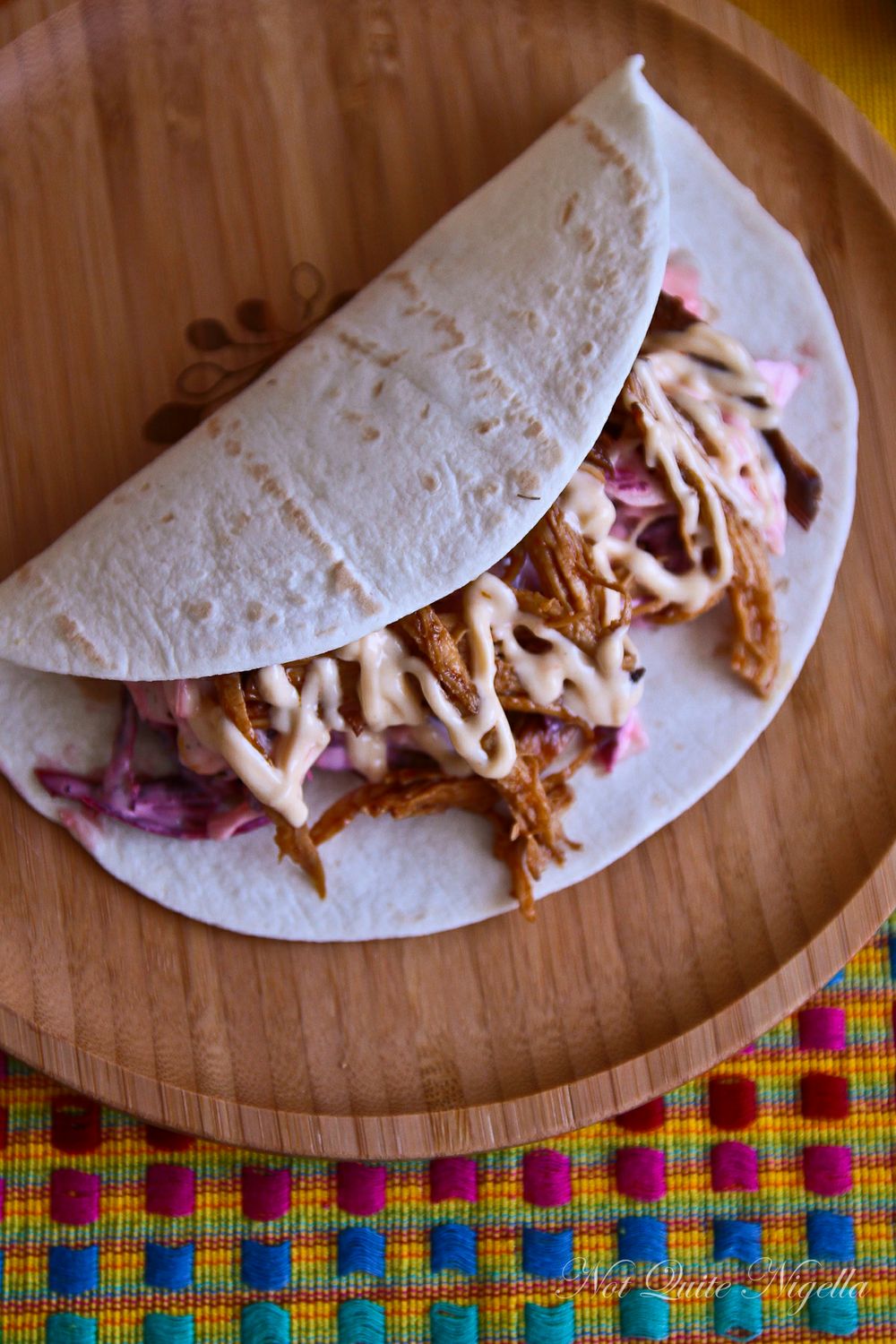 I'm often inspired by reader's suggestions and one lovely gal @Sapphira Toh tweeted that she was making a meal including my cauliflower slaw. She was serving it with sarsaparilla pulled pork and those three words stuck in my mind. I'm a sarsaparilla freak and whenever I see it, I must buy a bottle. It turns out that you can make a freakishly easy pulled pork in the pressure or slow cooker using just four ingredients: meat, sarsaparilla, bbq sauce and onion.

I wasn't sure if all guests ate pork so I decided to experiment and try making pulled chicken. Pulled pork is quite a fatty dish so I wanted to see how lean chicken breast would do. And do you know what? Pulled chicken breast tastes just like pulled pork because of the sauce! When Mr NQN came home and sniffed the air he asked me why I had decided to make the pork instead of the chicken and I had to tell him that what he was smelling was pulled chicken. So for a lower fat alternative, pulled chicken is now on our rotation. These soft tacos along with the tostadas were the favourite items of the night.

For the soft tacos and firecracker aioli 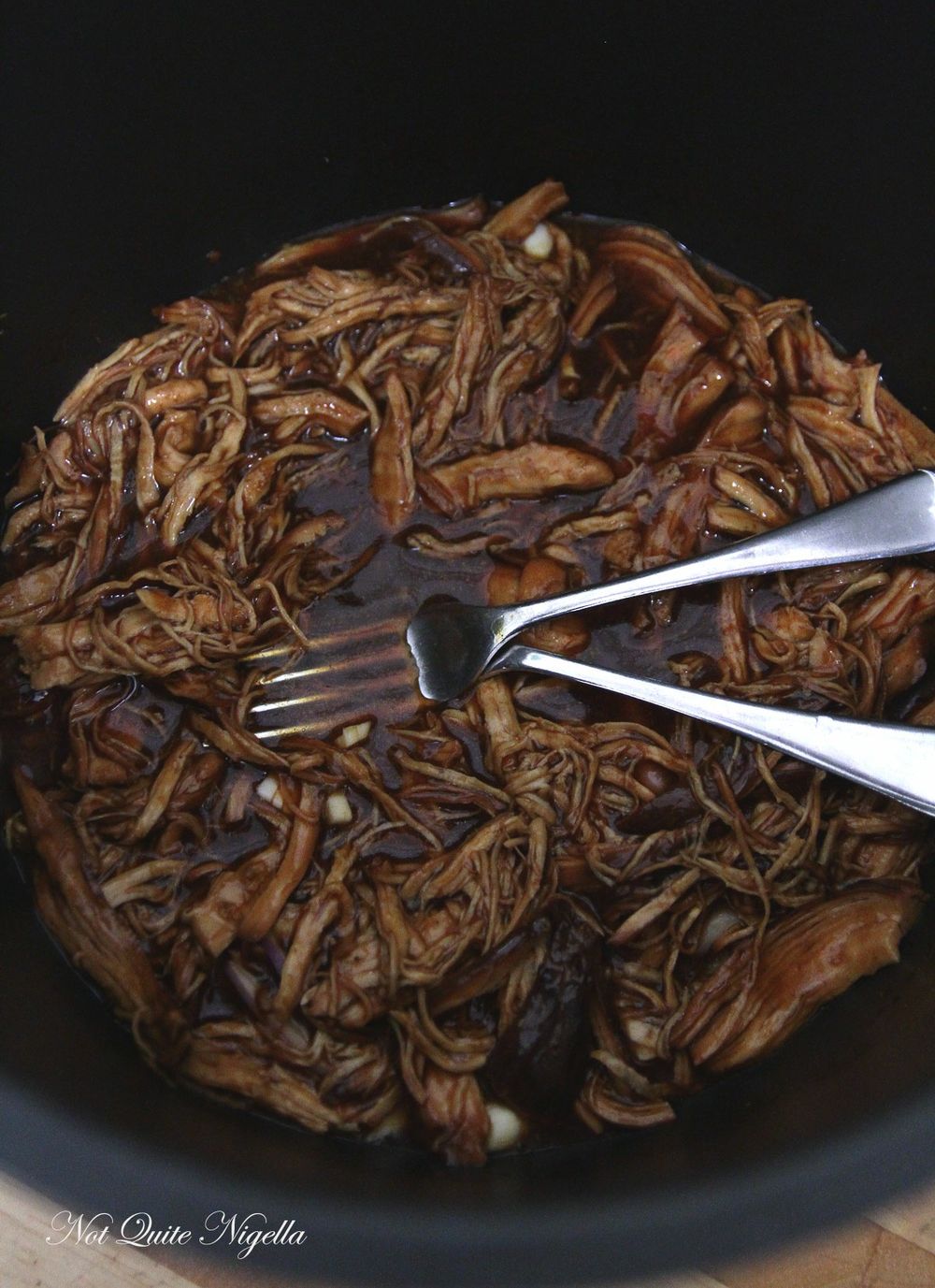 Step 1 - Wash and dry the chicken breasts with paper towels and brown them on the outside on both sides. Heat a pressure cooker or slow cooker and add them in with the bbq sauce, sarsaparilla, onion and garlic. For a pressure cooker, cook for 55 minutes on the medium setting. For a slow cooker, cook for 8 hours. When finished cooking, take two forks and pull the chicken apart into shreds. It will look like there is too much sauce but one you shred the chicken and mix it around, it should be just right with a little sauce left over. Taste the sauce-because some bbq sauces are sweeter or tangier than other, you may need to add a couple of teaspoons of sugar to it to balance the sauce. Allow to cool while you get on with the coleslaw. 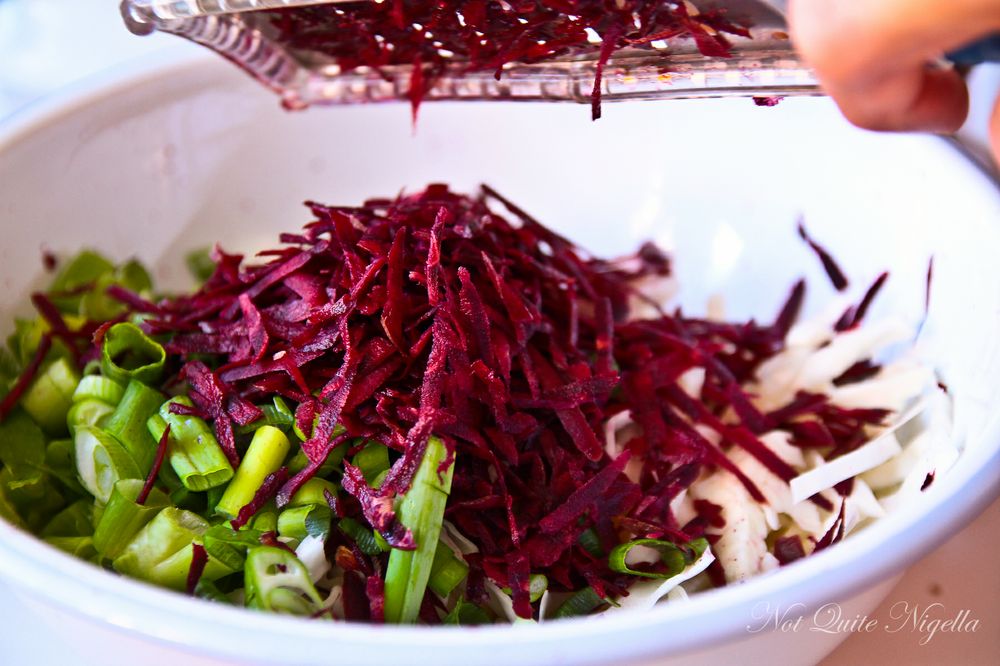 Step 2 - In a bowl, add the cabbage, corn and grate the carrot into this. Add the green onions and mayonnaise and toss. Season with salt and pepper.

Step 3 - Make the firecracker aioli by mixing the mayonnaise, garlic and Tabasco or jalapeno sauce together. Assemble the tortillas by heating them (steaming, microwaving, or grilling) to soften them. Add coleslaw and then some pulled chicken. Then add the pulled chicken with a bit of sauce and then the fireworks aioli on top (I put it in a squeezy tube bottle or you can put it in a zip lock bag and cut off a little bit at the end). Serve while warm. 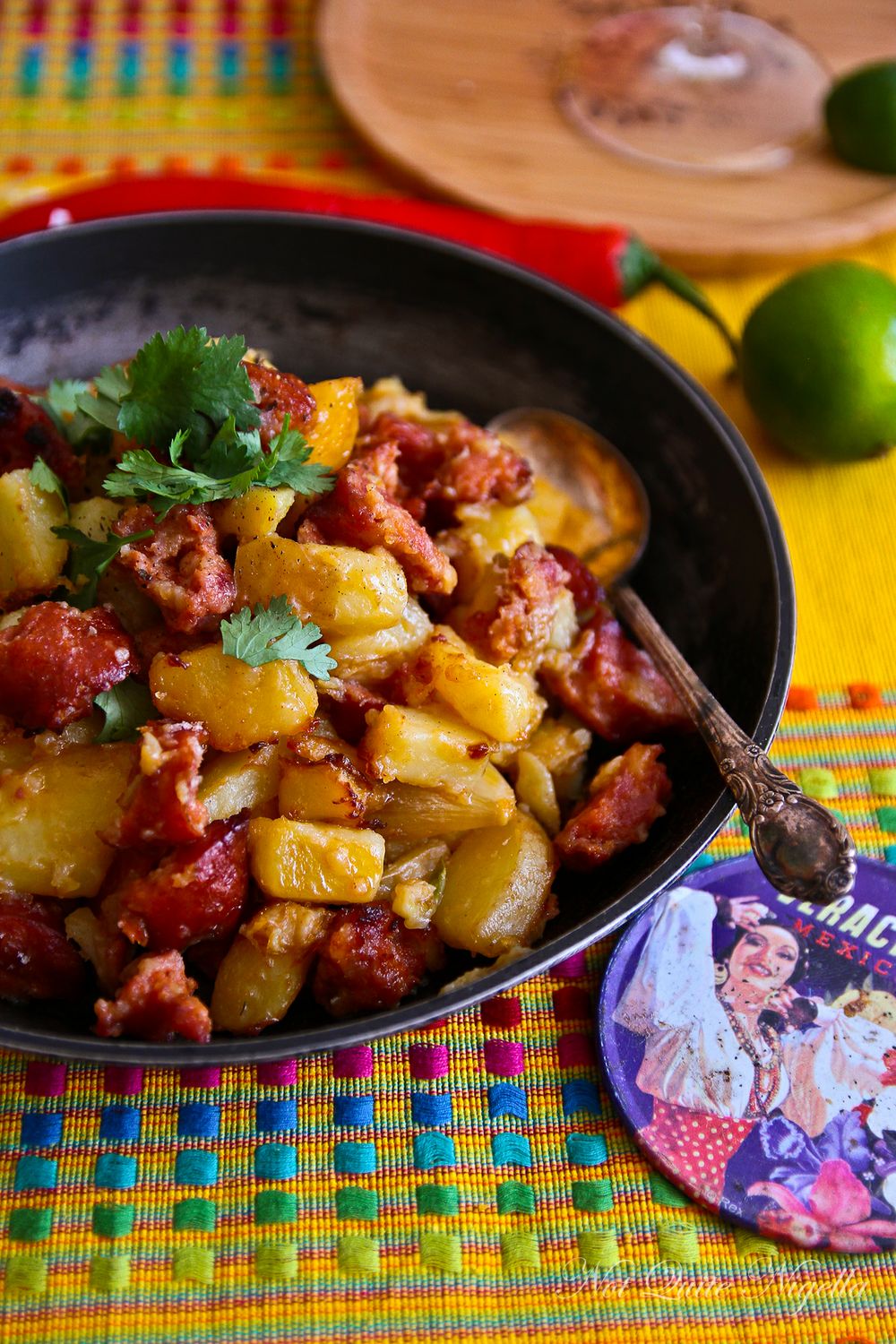 This almost seemed too absurd to write out as a recipe as it is so simple but a good dish to feed a whole lot of people and fill tummies in case people didn't have enough food. It was one of the last dishes to go out after the tostadas and soft tacos and if anyone felt peckish they just went to a big serve of this. 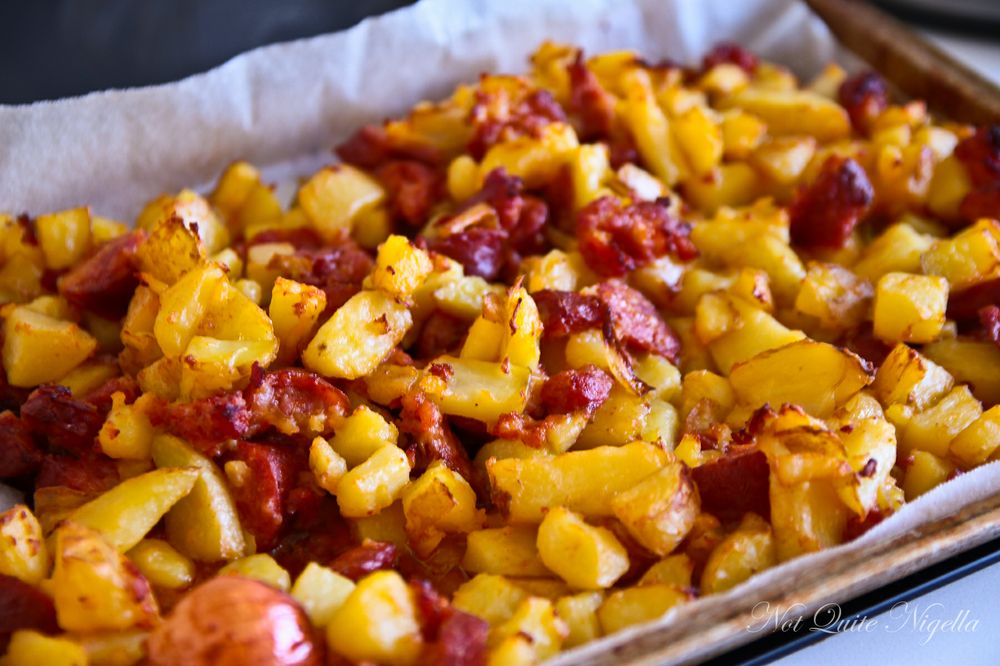 Step 1 - Preheat oven to 200C/400F and line a deep sided tray with baking parchment. Slice up the potatoes into small cubes and the shallots into quarters and toss in the oil and bake for 30 minutes. Meanwhile, slice up the chorizo or remove the meat from the casing (I found it hard to remove it from the casing as a lot of it stuck to the casing so I just chopped it up into small pieces. Add these after the potatoes have been cooking for 30 minutes, turn and add the chorizo and cook for about twenty minutes until the chorizo is cooked through and the potatoes are golden and crispy. Season with salt and pepper.

Sweetcorn on the cob with lime mayo &  cheese 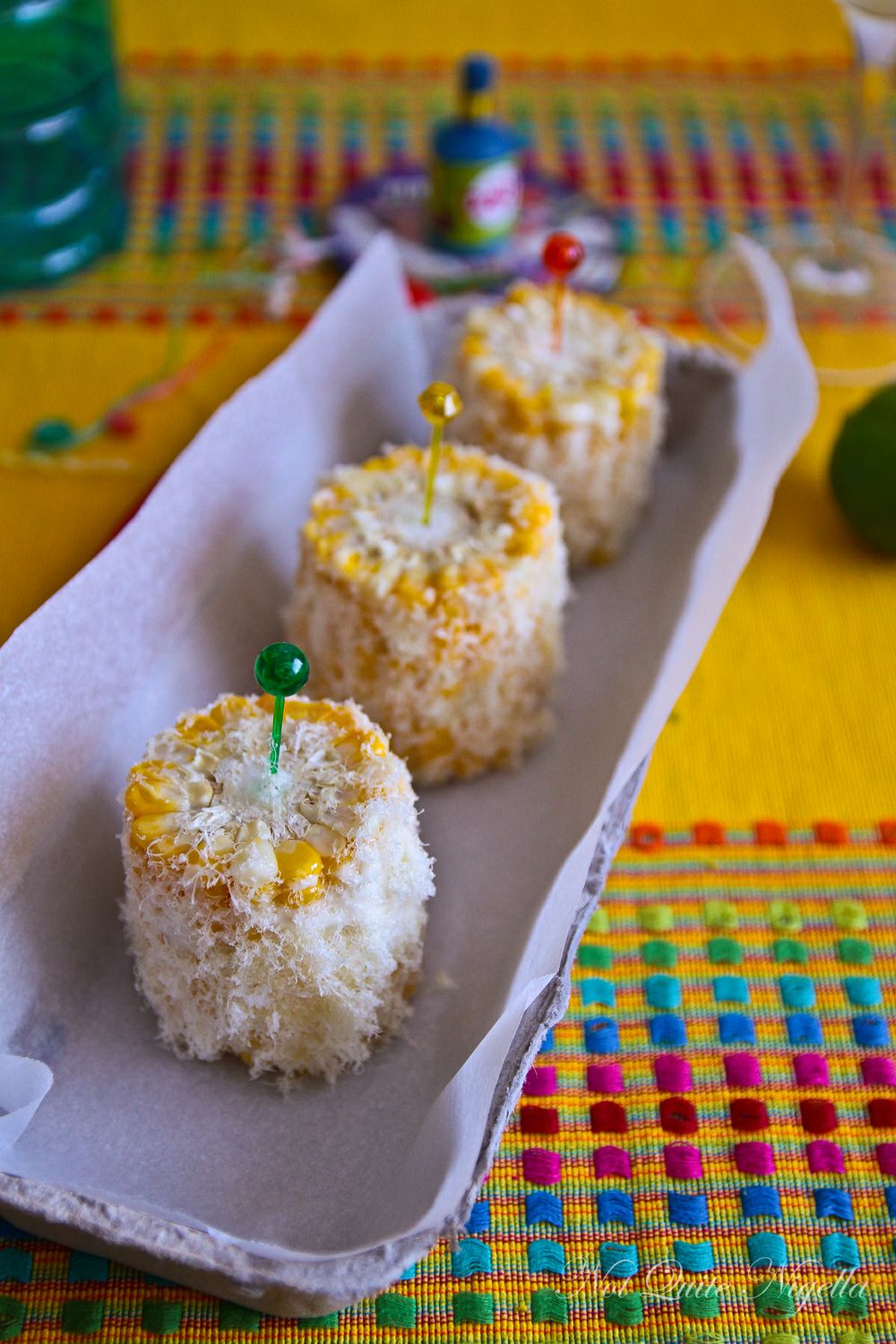 To be honest, I love corn by itself and when we were serving it, the wind was whipping around so furiously that I knew that any feather light pieces of cheese would simply fly away so you can simply just roast the corn and dip it in butter and salt and be done with it. I roasted this corn in its husk and silk and the trade off is that roasting brings out the sweetness but it makes the corn less juicy than if you boiled it. This was inspired by chef Jamie Thomas's corn at Queenies (even the serving tray!).

Step 1 - Preheat oven to 180C/350F and place corn in its husks and silk on the tray. Bake for 30 minutes. Remove silks and then roll the corn in the mayonnaise lightly (or brush it on). Grate cheese over the corn and serve. 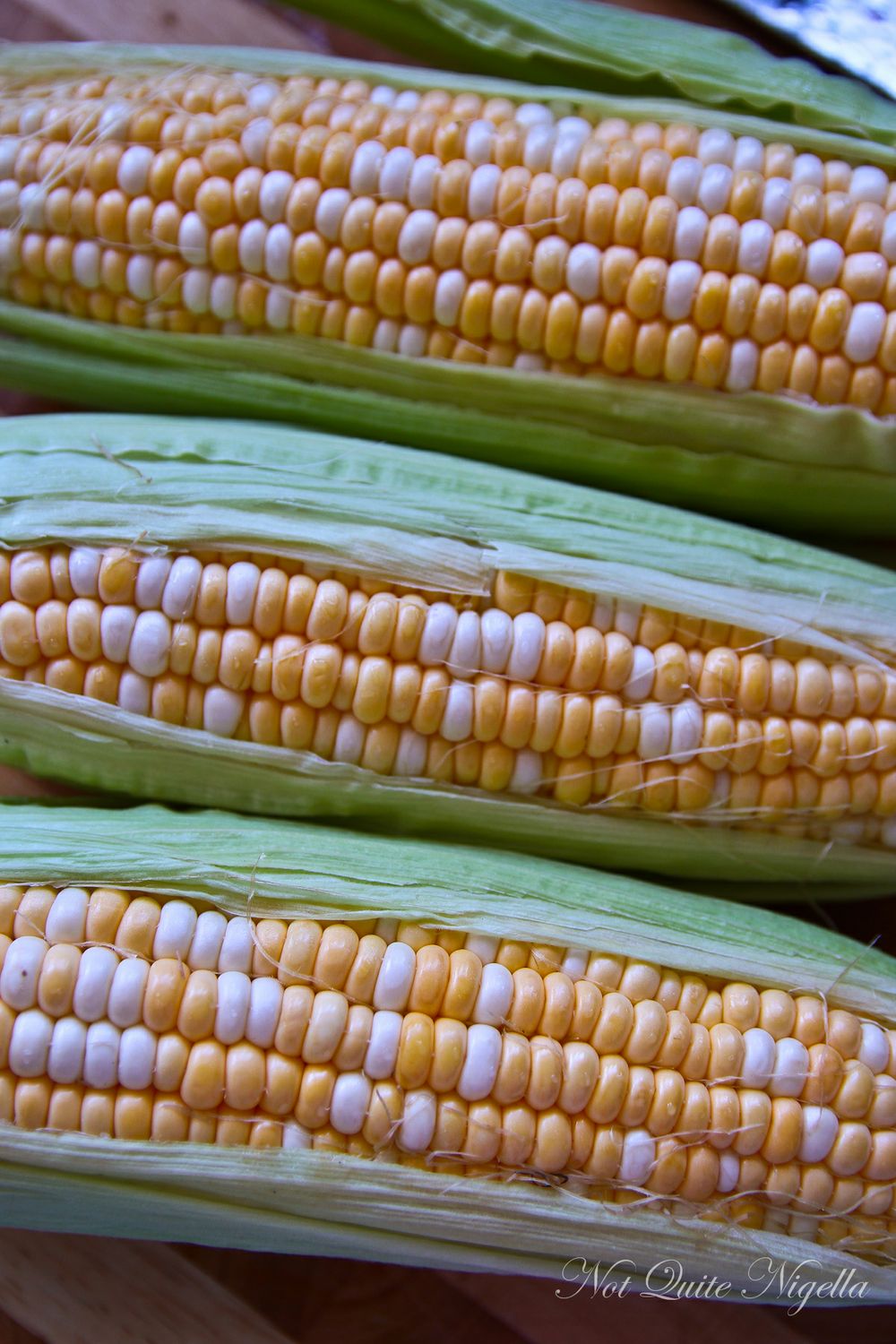 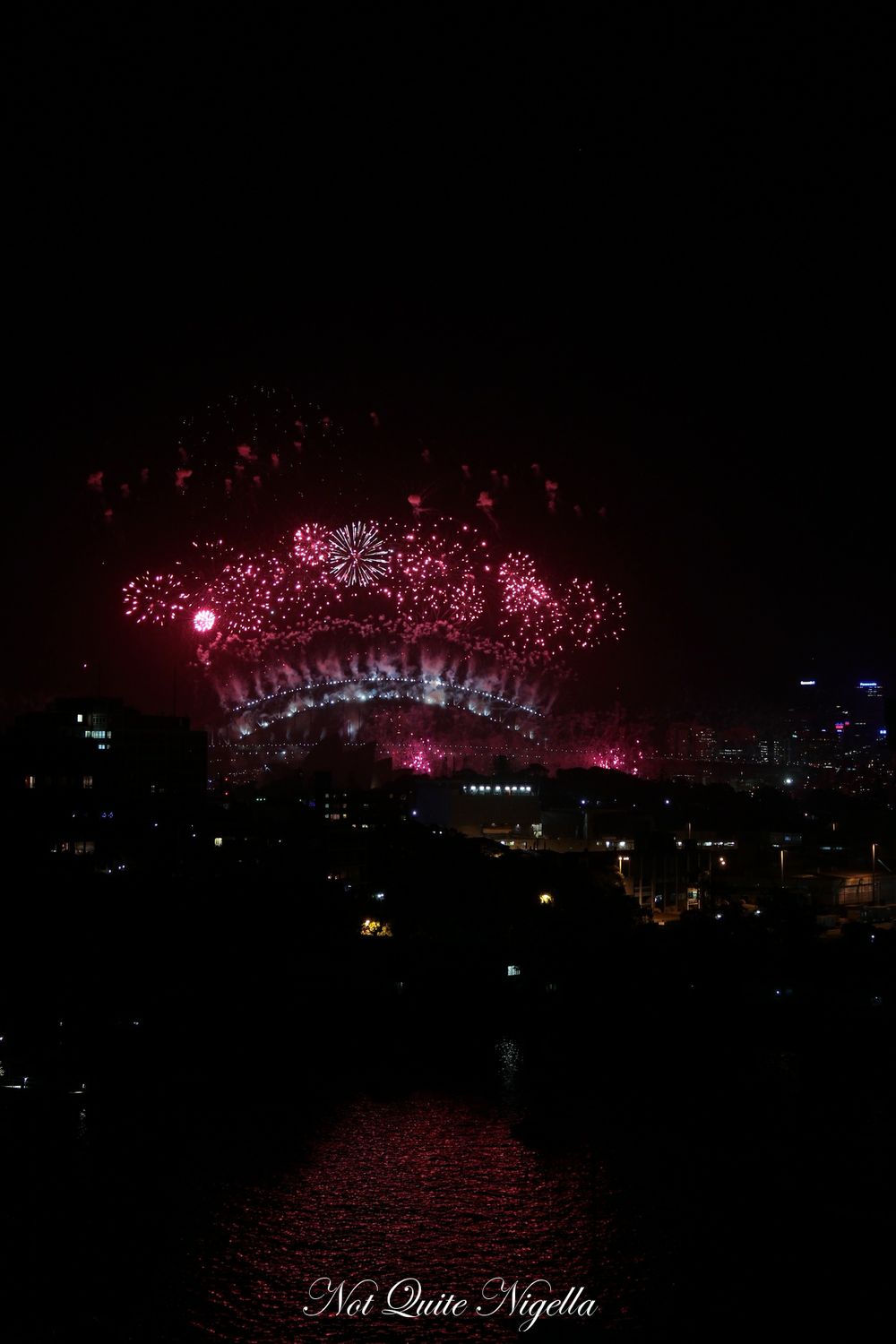