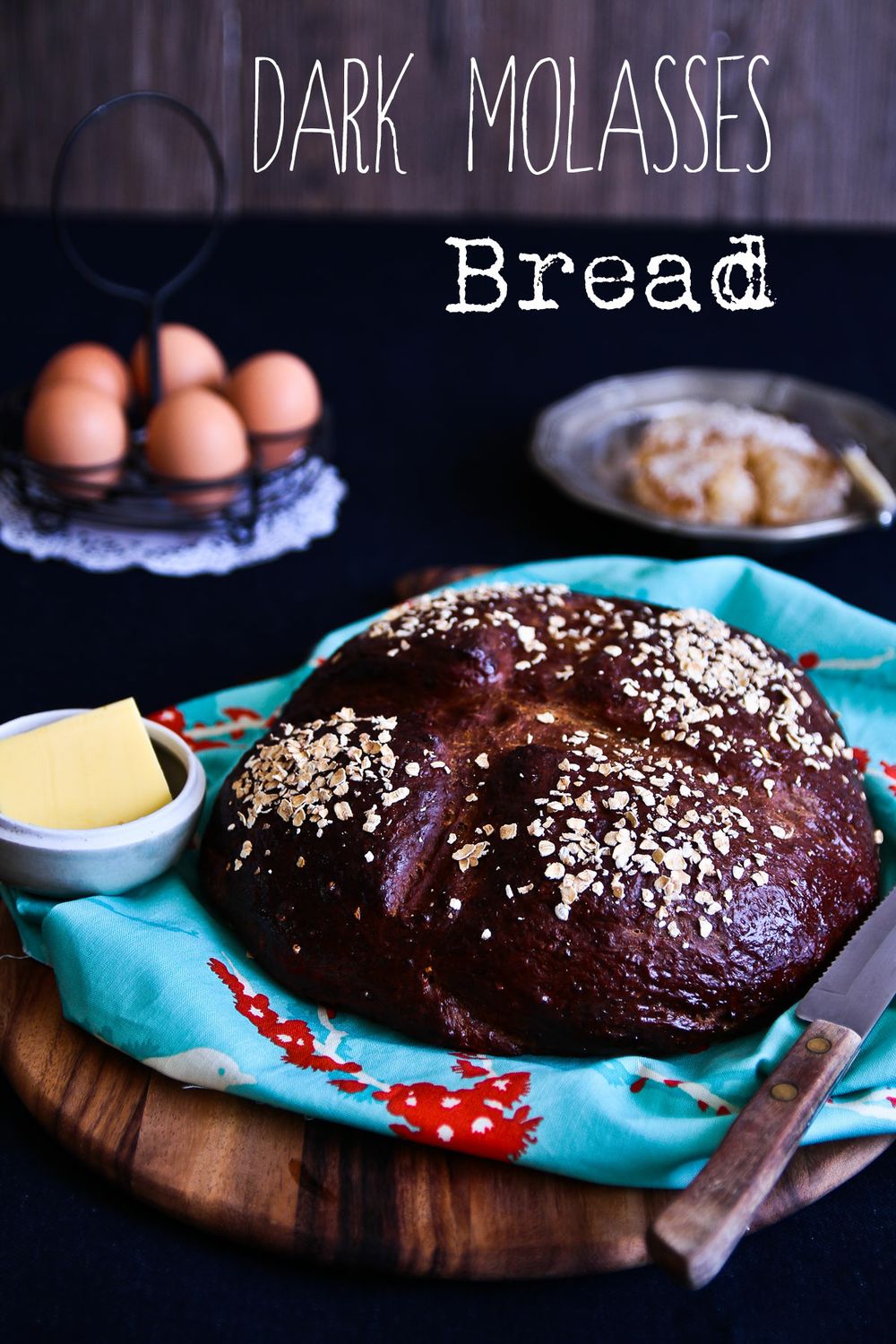 So there I was, doing my mandatory "chill" time gently suggested by Mr NQN. I was sitting on the lounge in front of the television and watching one of my favourite shows, "American Horror Story: Asylum" and thinking about food. Of course. I was thinking "I wonder if they serve ghoulish food at the Craft Service table on the set and how cool would it be if they did?"

Then one of the characters on television walked onto the screen and announced that she was visiting the asylum to do a story on molasses bread. It was actually a ruse for the writer to catch a glimpse of a serial killer called Bloody Face but I was gone already. The molasses bread got my mind wandering...molasses bread? It must be good if it had to even feature in someone's memory, even if it were the script writer who was remembering their own molasses bread experience. So I snuck out my phone and googled molasses bread quietly. Suddenly the Brian de Palma-esque scenes of whipping and nymphomaniacs offering sex accompanied by the tune "Dominique" by The Singing Nun on television disappeared and I was lost in the world of food again. 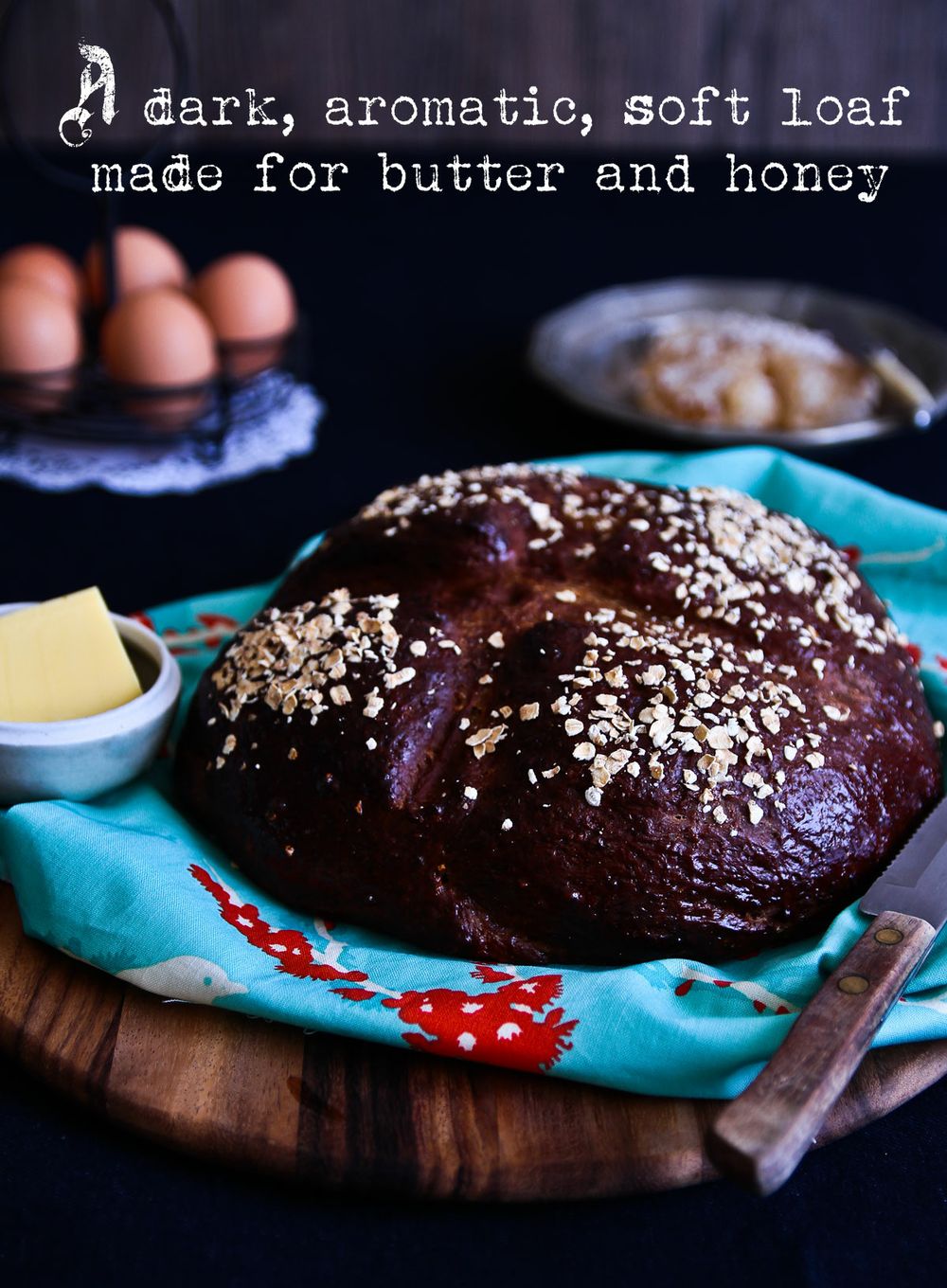 It turns out that molasses bread is one of those dense, soft loaves with European style flavours to it. In my search, I had found molasses bread recipes from the South of America where molasses was produced from sugar cane. Some of them are quick breads requiring no yeast but some do include yeast. I decided to go with the yeasted version as I had run of bread and wanted to use it in a sandwich and for brunch.

Even if you're not a huge molasses fan, this bread is really quite special. Aromatic, soft and spongey, it reminds me of one of those solid loaves that you can buy at bakeries. There's nothing light or airy about this but it's not heavy or dry. There is almost a soft dampness from the dark molasses that means that it is heavenly spread simply with butter and honey or it adds so much flavour to a regular sandwich. Stop me if I'm babbling and make less sense than a horror show musical set in an asylum...

So tell me Dear Reader, how often do you think about food? Do you plan your meals on the spur of the moment or do you do it in advance? And do you eat bread every day? 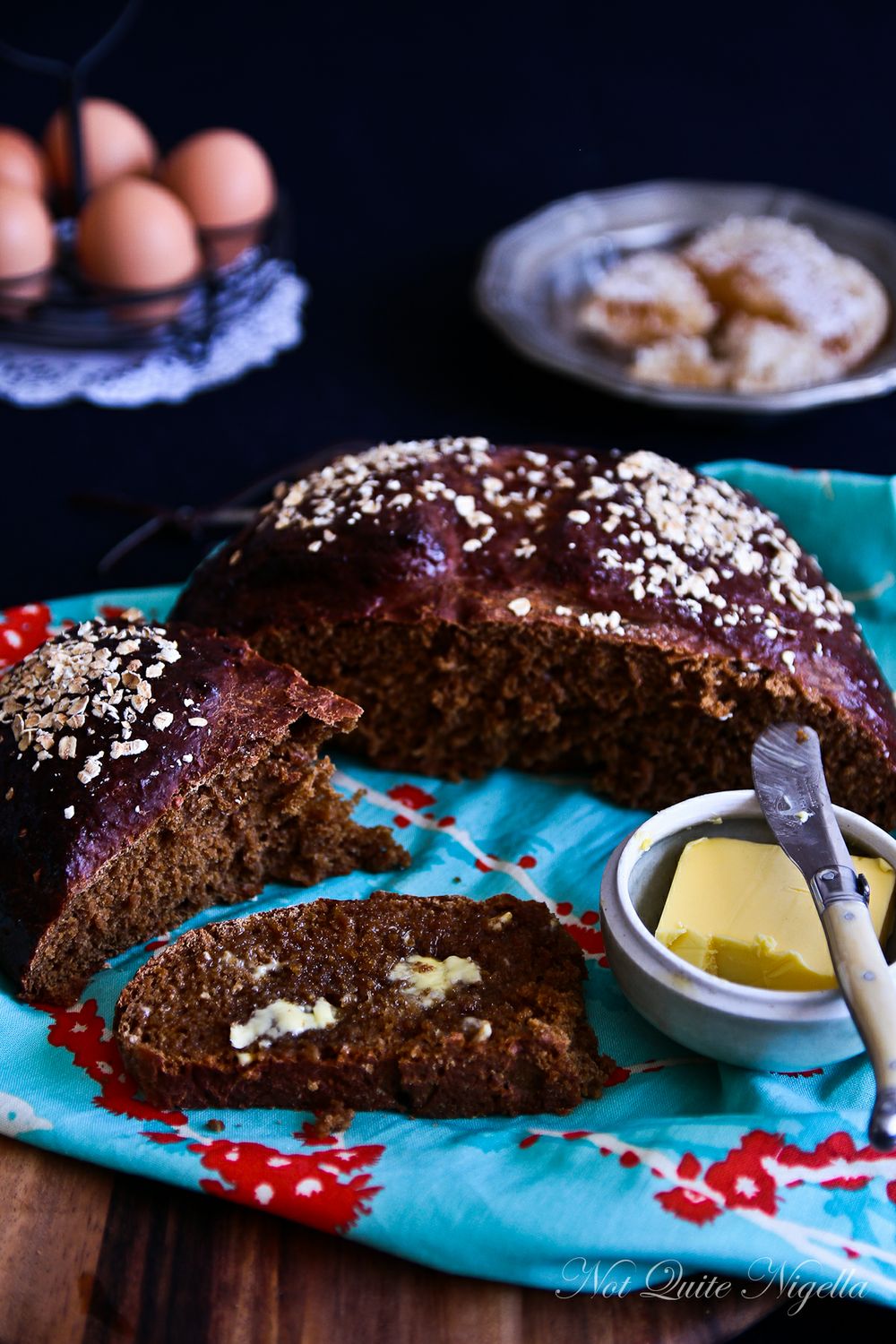 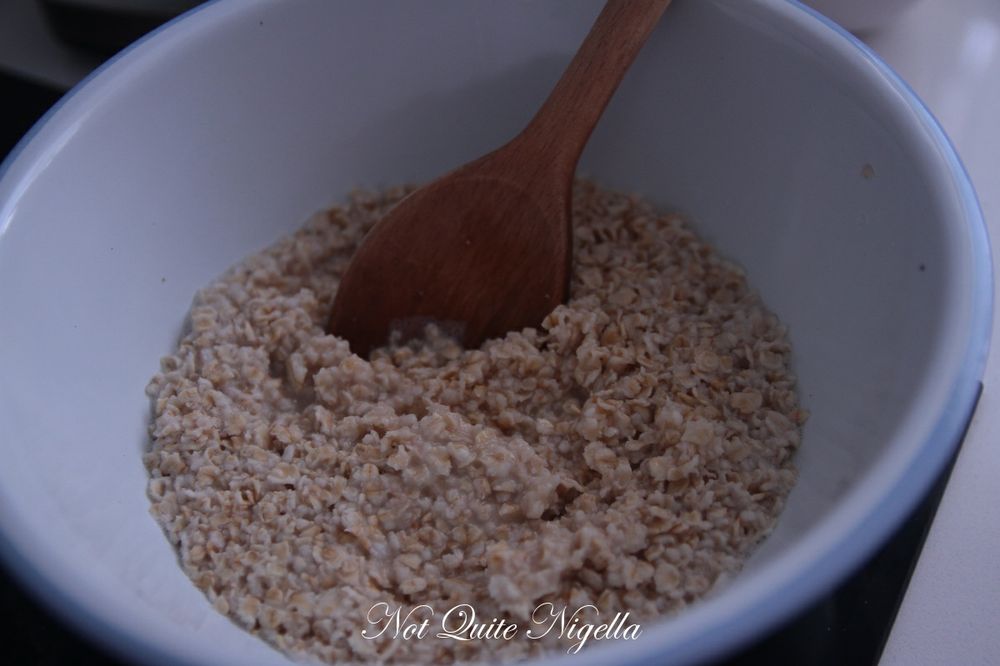 Step 1 - Place the rolled oats and cover with boiling water. Stir to combine and allow to cool for about 10-15 minutes. 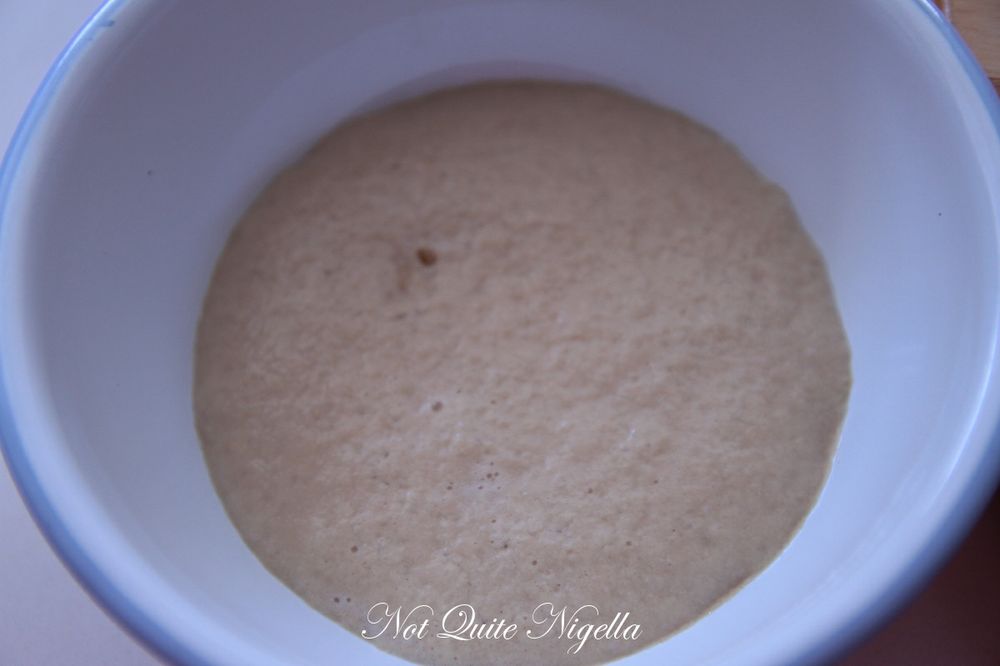 Step 2 - In a small bowl, add the lukewarm water and sugar and stir. Sprinkle the yeast over the top and allow to become foamy-about 10 minutes wait. 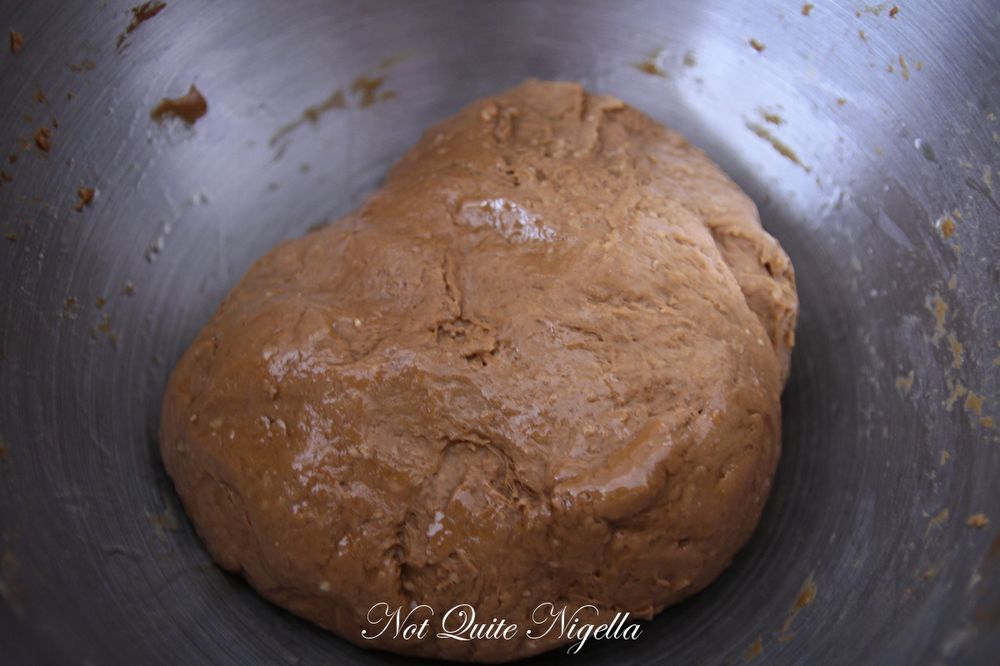 Step 3 - In the bowl of an electric mixer fitted with a dough attachment, place the molasses, three cups of the flour, oatmeal and yeast mixture and knead on lowest speed for about 3 minutes adding a bit more flour if necessary. Add the salt and continue kneading until you get an elastic texture. Grease a bowl (I just use the same bowl) and shape the dough into a ball. Turn the ball of dough in the bowl so that it is lightly coated in oil and cover the bowl with cling film. Leave for 1-1.5 hours in a draught free, warm place until at least doubled in size. I also place the bowl in another bowl of hot water to speed this up. 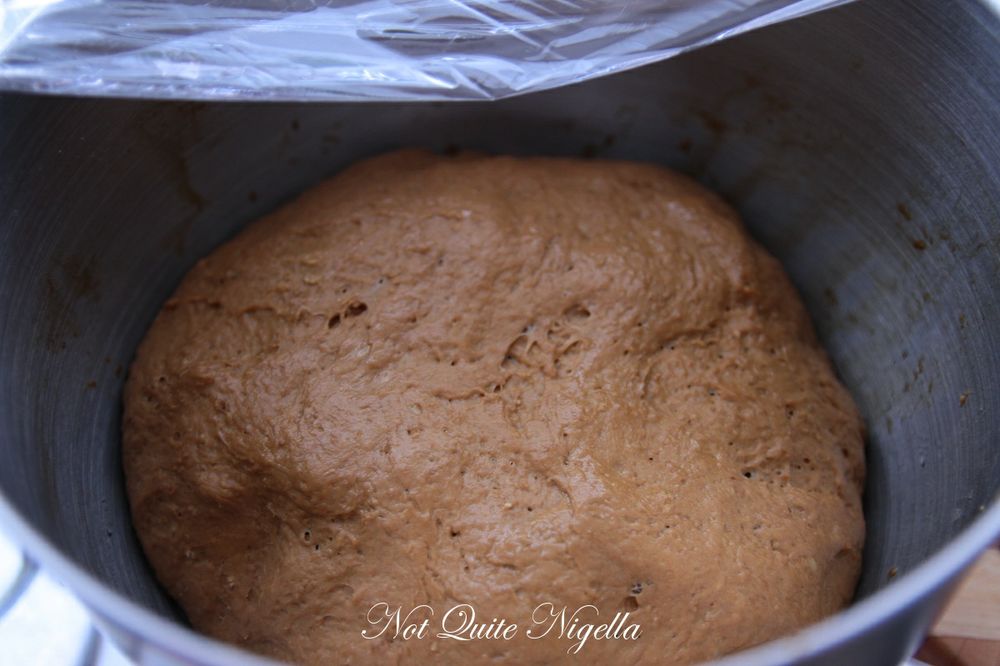 Step 4 - Line a baking tray with parchment or flour and punch the dough down and knead for another minute or so. Shape into a ball and place in the centre of the tray. Slash an X in the centre and allow to rise for another hour. In the meantime, preheat the oven to 180C/350F. 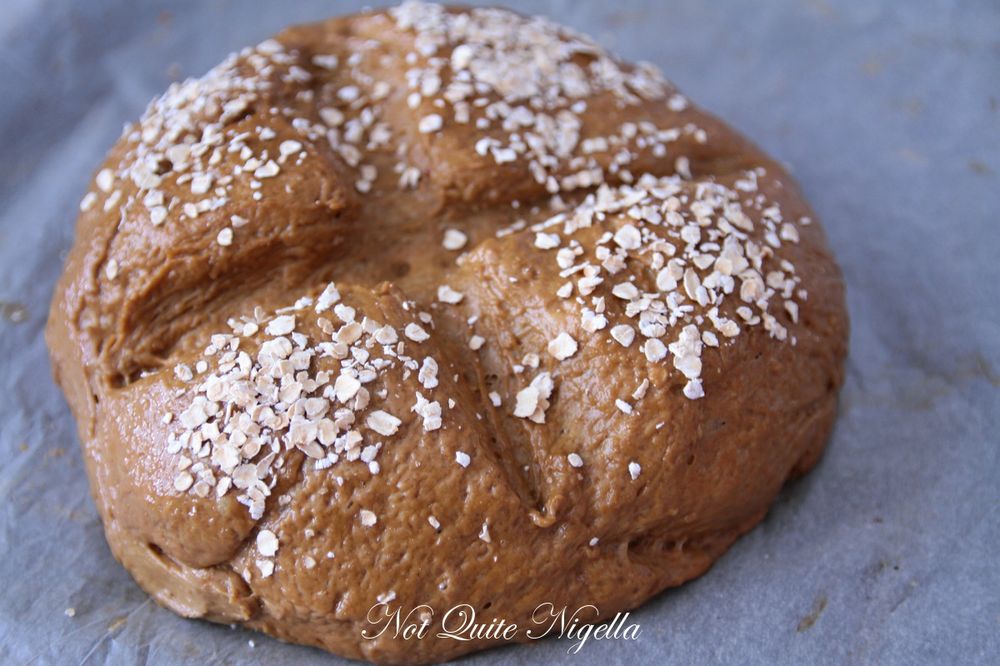 Step 5 - Brush the risen loaf with the beaten egg glaze and sprinkle with the remaining oatmeal flakes. Bake for 40-45 minutes. Allow to cool for twenty minutes or so before slicing and serving with butter and honey. 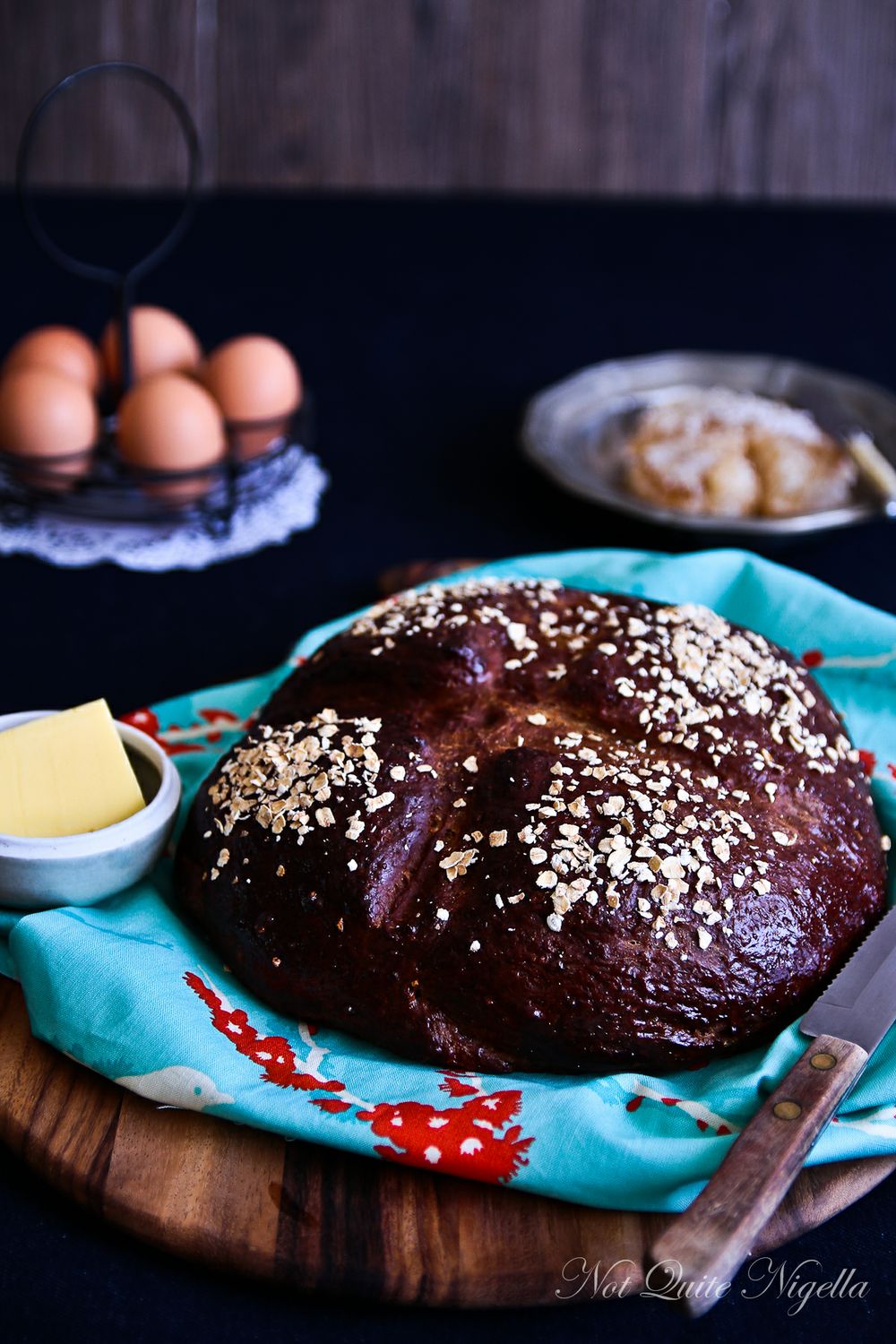