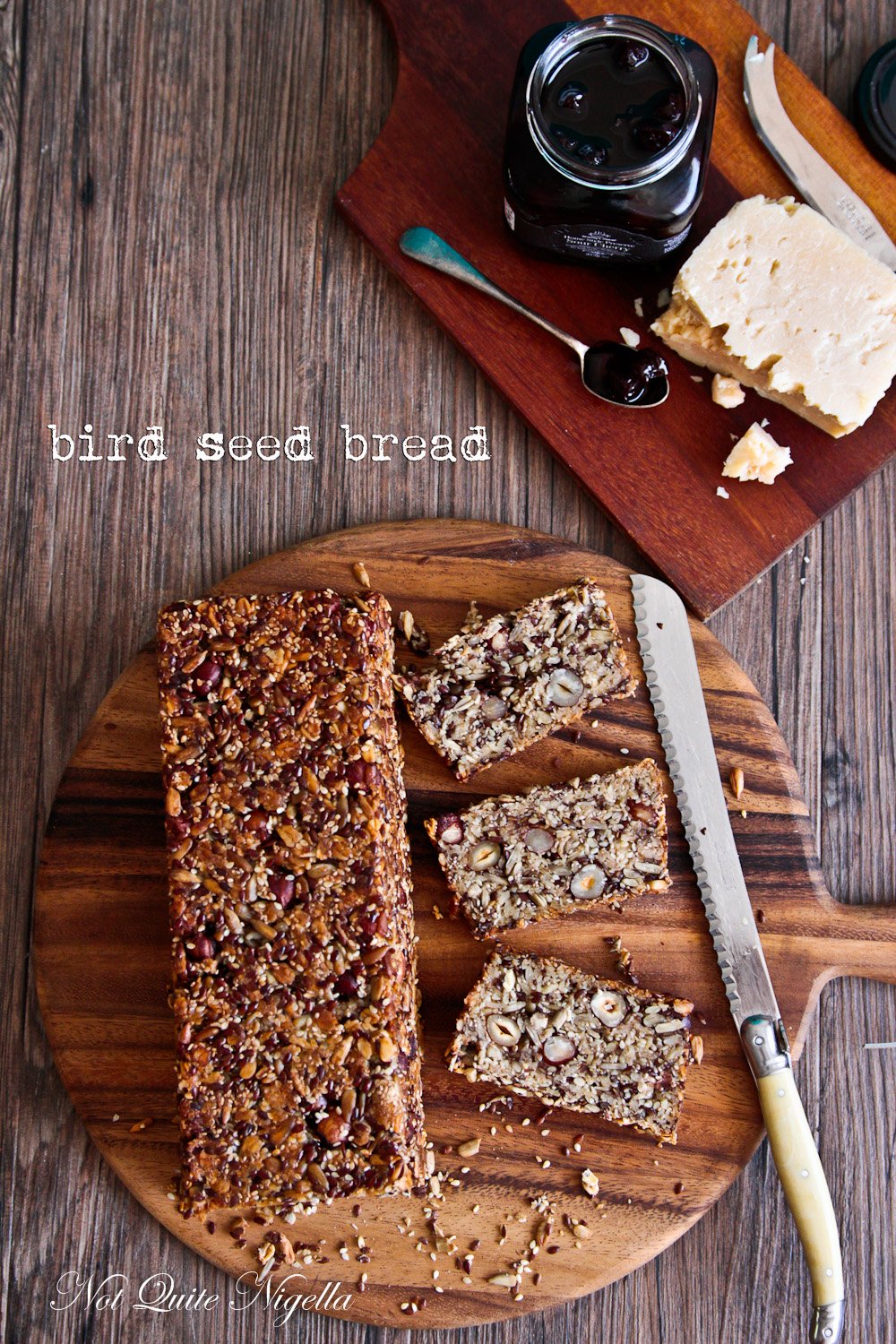 In our apartment block, we've got a little ginger cat. It seems that he was abandoned by his owners and every so often he comes to greet us when we come home. He doesn't want food, the little guy just wants a cuddle. I've decided to call him Kevin because I've mentioned this before but I don't think enough cats are called Kevin.

I worry about Kevin as he doesn't have a home and I heard that people are 30 times more likely to hurt a cat than a dog. I'm extremely allergic to cats or I'd take him in within a heartbeat. But it seems that Kevin is apparently well loved by many in the street and lives with lots of other people. He calls on people in different apartment blocks whenever he is feeling sociable. Everyone loves to feed the sweet natured cat. 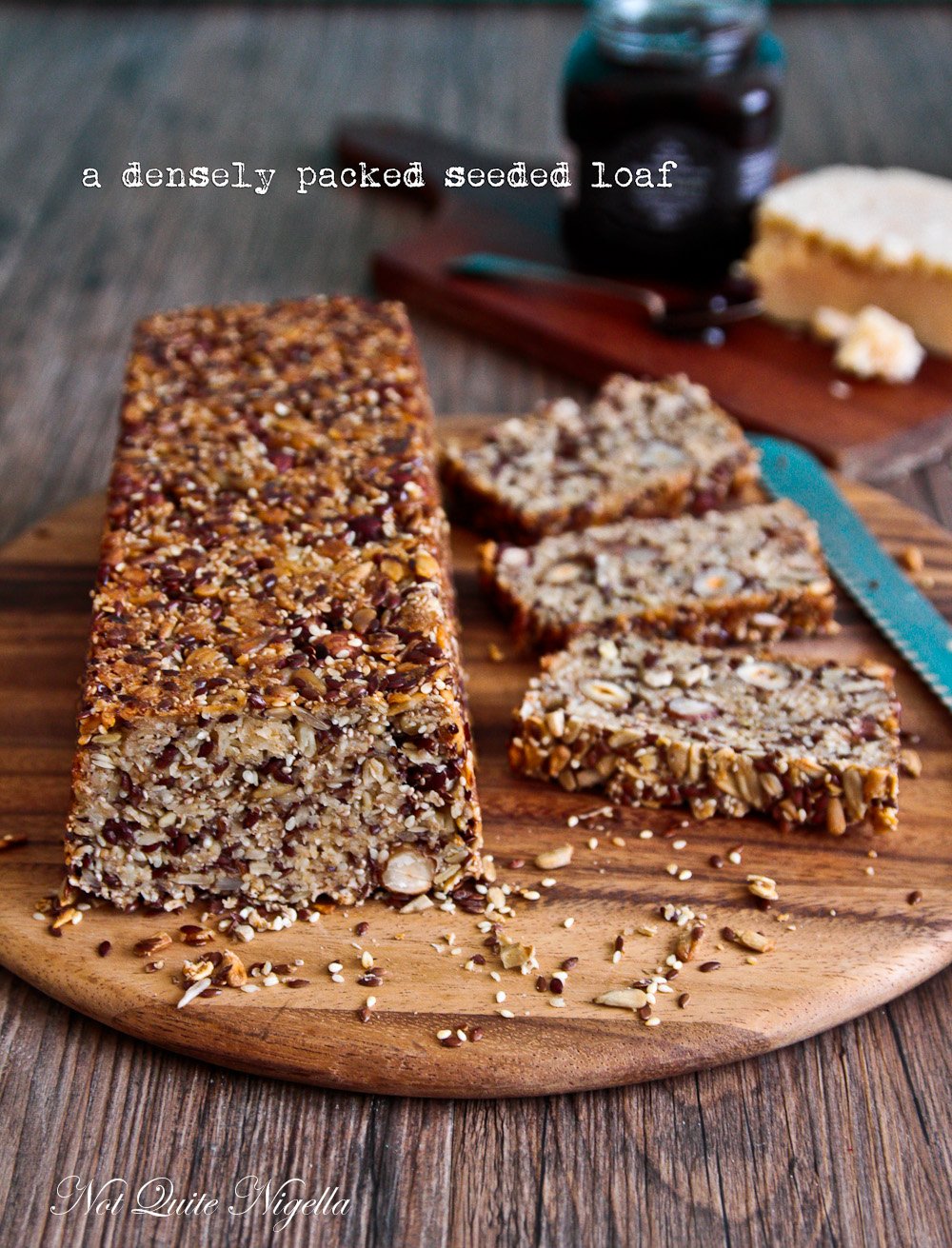 At first I thought that he might starve to death so with my usual feeder instinct I gave him some poached salmon. He sniffed at it and then wanted to play. We discovered that Kevin isn't fond of men, he prefers to company of women as he is noticeably scared of the very tall but gentle Mr NQN. Sometimes when I cook certain things, I'll find Kevin outside my door. I have no idea how he got in but I hear this loud meowing and Kevin appears.

I'll admit that Kevin didn't really come a knocking when I cooked this although if I were a cat I would have. This is a bird seed bread that I originally saw on Saucy Gander's lovely blog who got it from another blogger My New Roots. I love bread that is full of seeds as seeds add some much goodness and flavour.

What was even more interesting was the method of making this seeded loaf. It's so easy and involves stirring things together and letting them set. Saucy (I hope she doesn't mind me calling her that) recommends switching out some of the seeds depending on what you've got but keeping in the psyllium husks and chia seeds as these thicken and provide the bread with the binding ingredients once they come into contact with water and swell up. 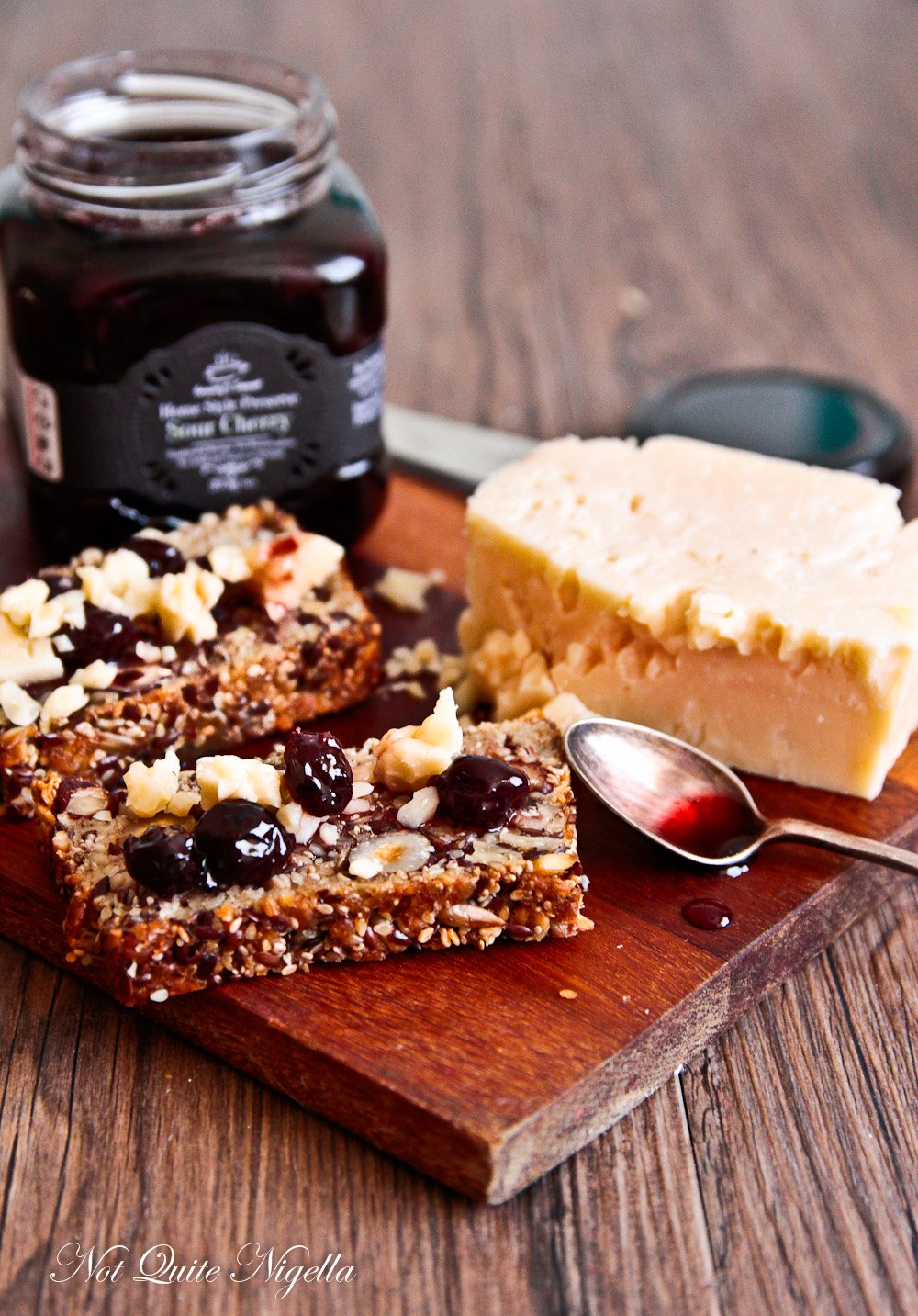 The bread is so very good for you and tastes incredibly wholesome and healthy. It's great straight or brilliant toasted as it adds even more flavour and aroma to this wonderful smelling and tasting bread.

So tell me Dear Reader, do you have a pet? And what sort of bread do you eat most often? White, sourdough, wholemeal, seeded, Turkish or another kind? 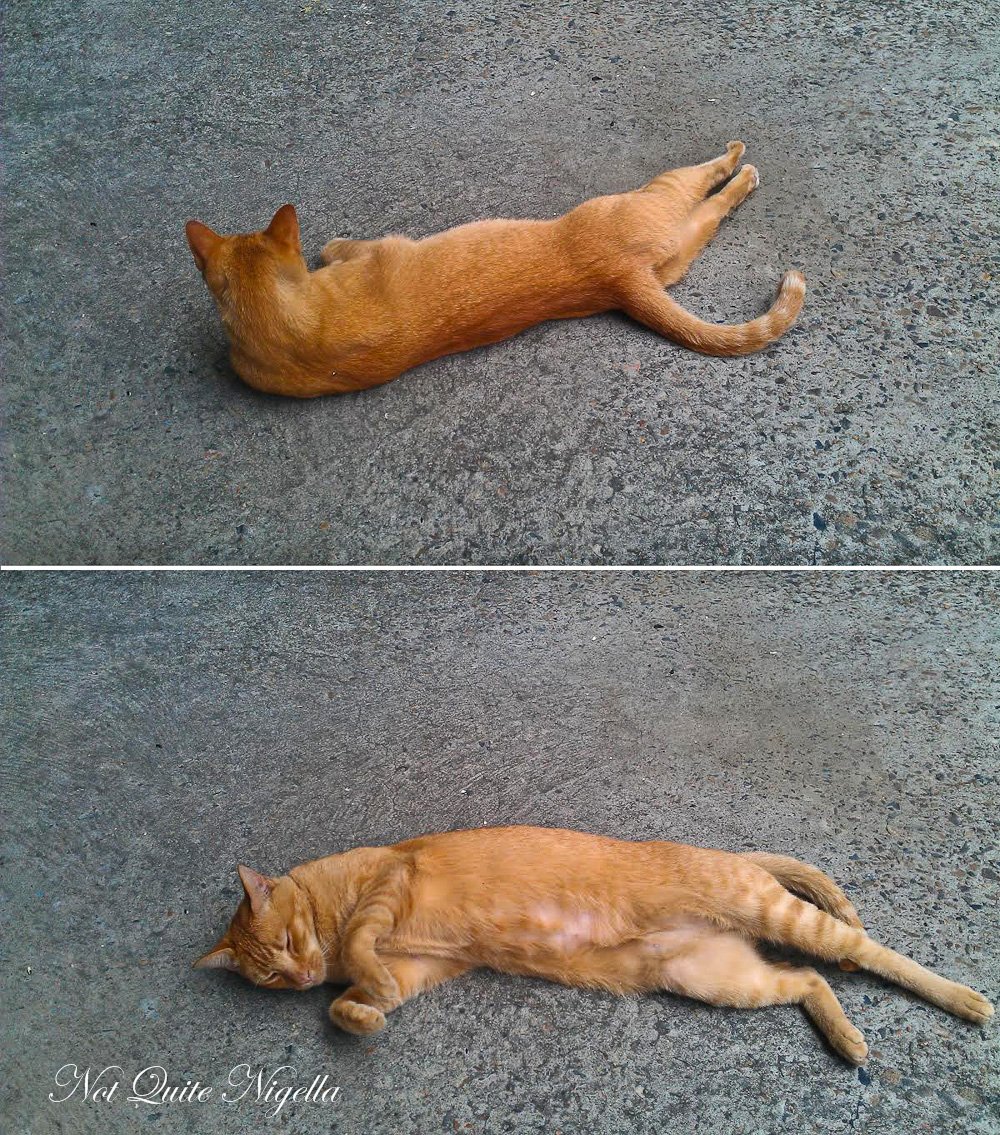 Psst here's are some pictures of Kevin, isn't he sweet? I actually think Kevin might be a girl but I do have a history of giving pets the wrong gender names. Like Diana my rooster who was named after Princess Diana. 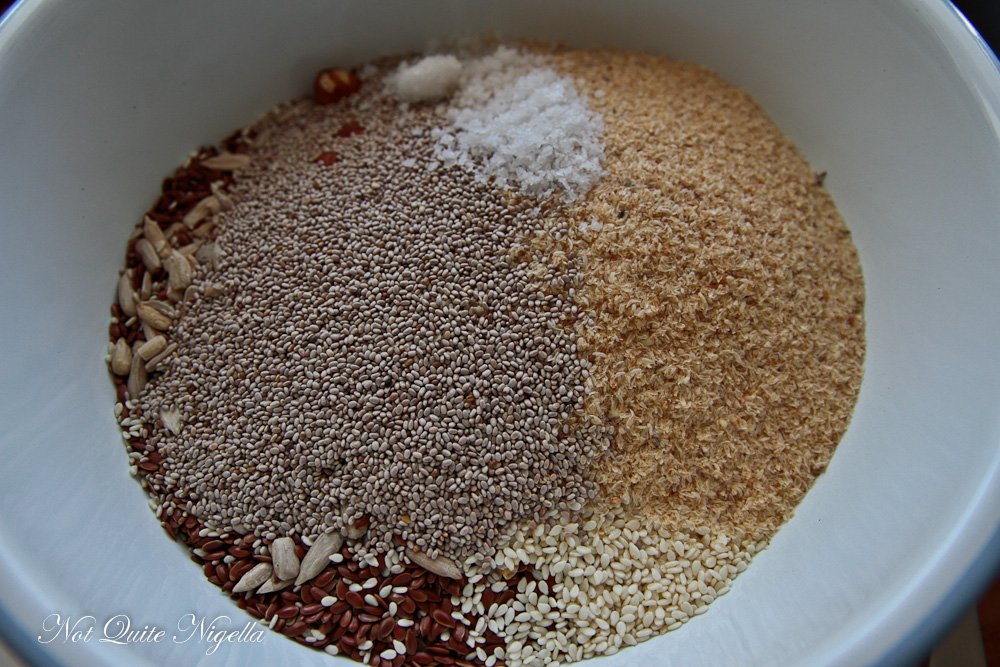 Step 1 - Grease a metal loaf tin and mix the dry ingredients together in a large bowl. Measure out the wet ingredients (water, honey and coconut oil) in a large jug and add these to the seed mixture and stir to combine well. Spoon into the prepared tin and allow to sit at room temperature for about two hours. It is ready when the bread is no longer mushy or wet and you can press a finger down on it gently without leaving a dent. 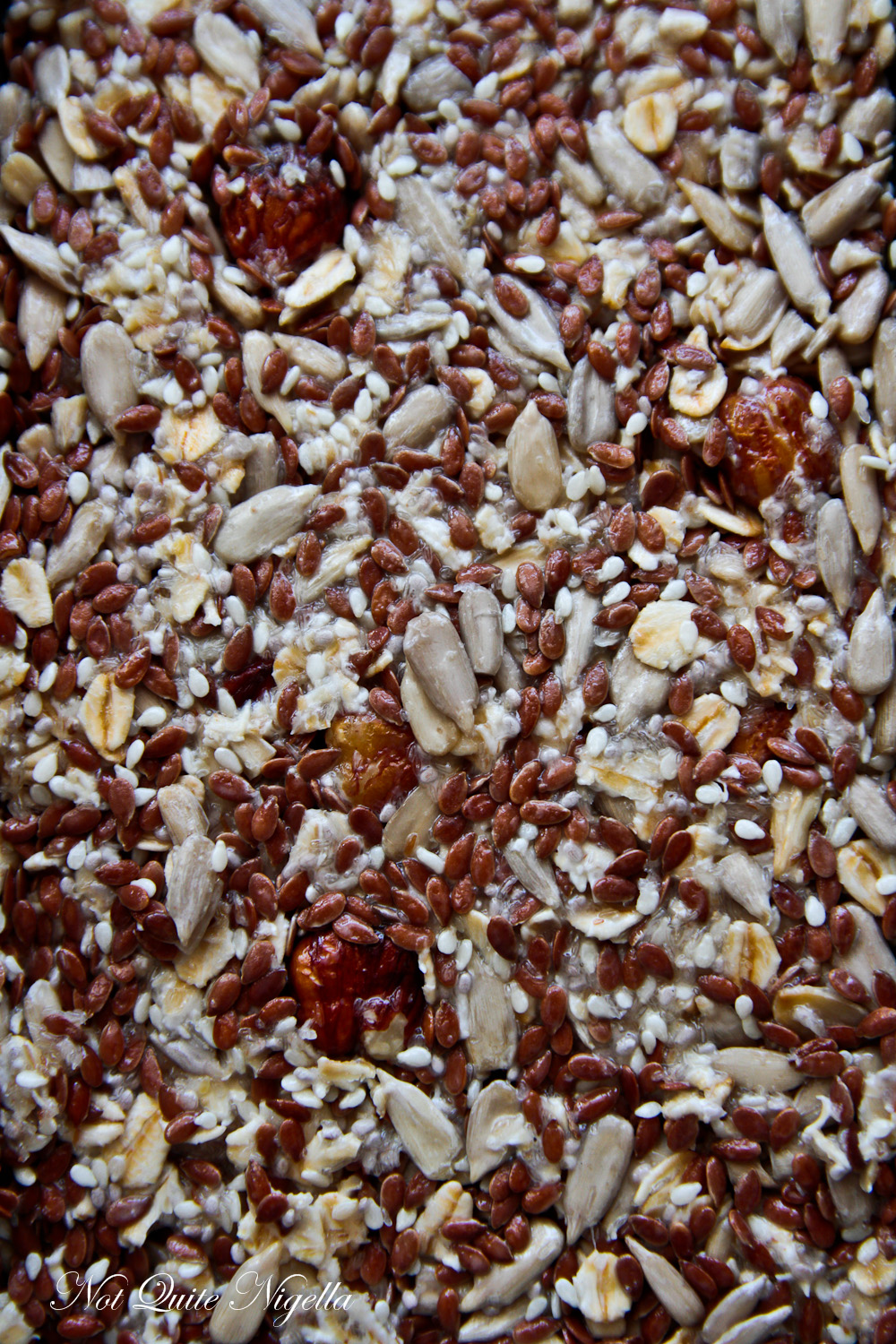