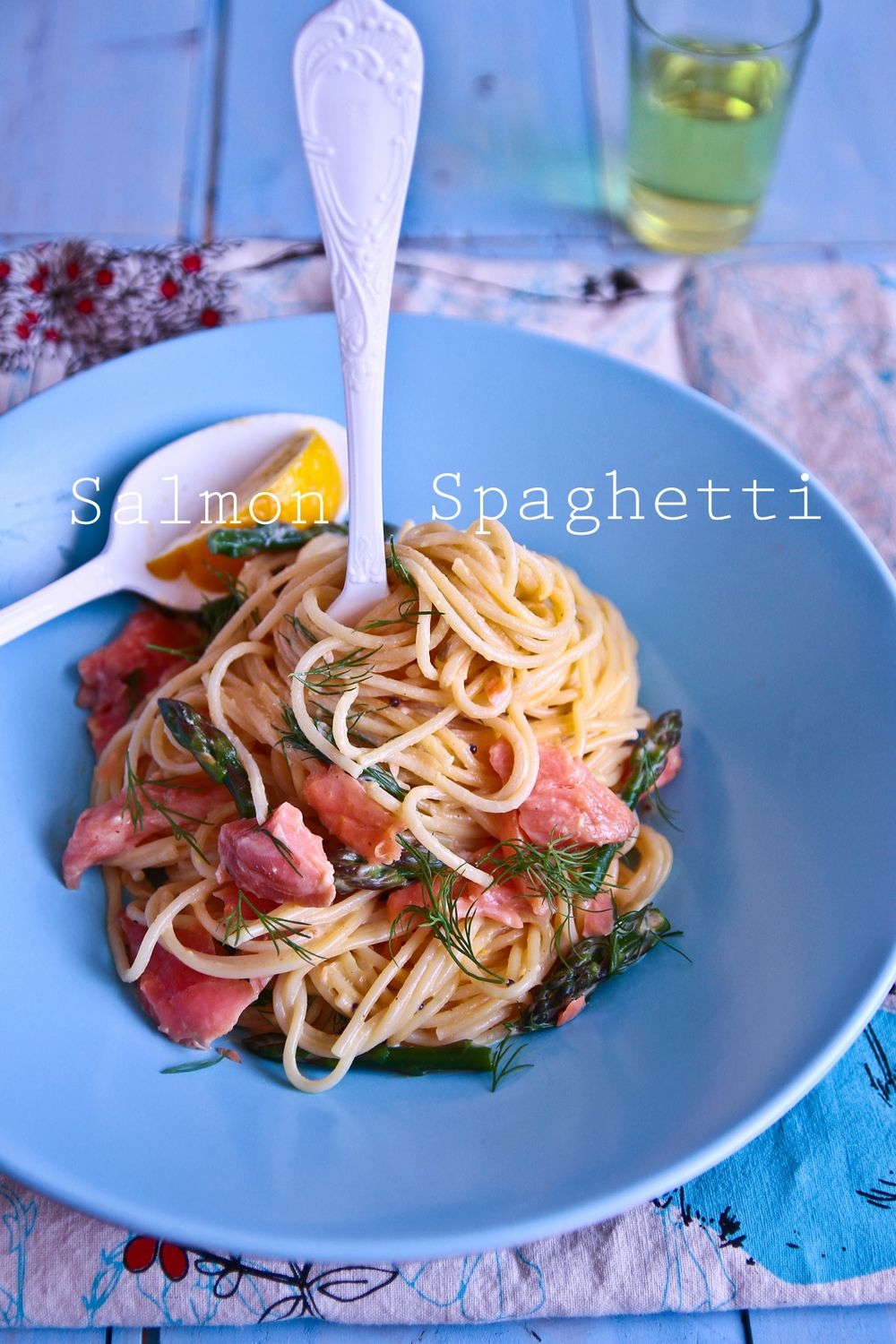 Only the other day, I was telling someone about the first time I had ever eaten spaghetti. It was in Hong Kong, perhaps not the most likely candidate for spaghetti devirginisation, and when we were very small, my sister and I followed after my parents into a little cafe that served cream spaghetti.

We ate it inside the emptyish cafe and it was a revelation to us. We had of course eaten noodles, that cousin of pasta and spaghetti but a creamy sauce was entirely new to us. We were so excited that even while eating it, we begged them to take us to another cream spaghetti place. "Later later" my father said, his usual response to our numerous requests.

"Oh look daddy!" we said and pointed at a rat that scuttled across the floor. "It's Mickey Mouse!"

What was double the excitement to us, was enough to make the colour drain from my parent's faces and they took our hands and led us out while we were still chattering from the excitement of the cream spaghetti. The day was topped off with a double decker bus ride and while I don't remember much else about our stay in Hong Kong, I remember that day. We didn't even mind the mild bout of food poisoning that followed the cream spaghetti. 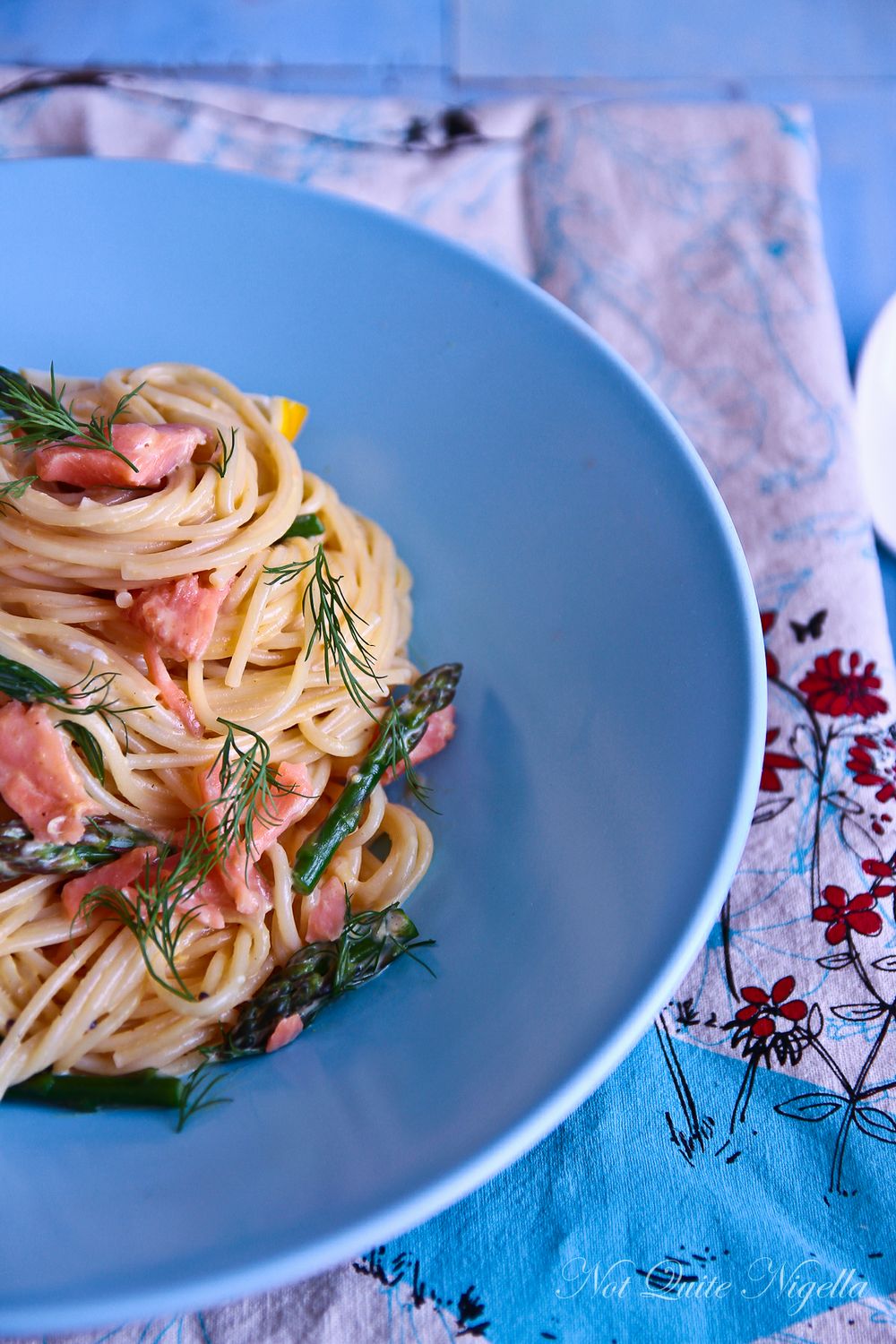 I met my fellow cream spaghetti enthusiast some years later. Mr NQN eating cream spaghetti is a hilarious sight. I don't think I've ever seen anyone wolf down a meal quite as quickly as he does. This is his favourite cream spaghetti, a simple dish made with smoked salmon or trout, flavoured with dill and the cream is from egg yolks, light cream and pasta water. It's surprisingly easy and doesn't require many ingredients, just the quick cooking of the eggs in the hot spaghetti, carbonara style. And it provides much gratuitous entertainment as I watch him scoff it down with utter gustatory pleasure. 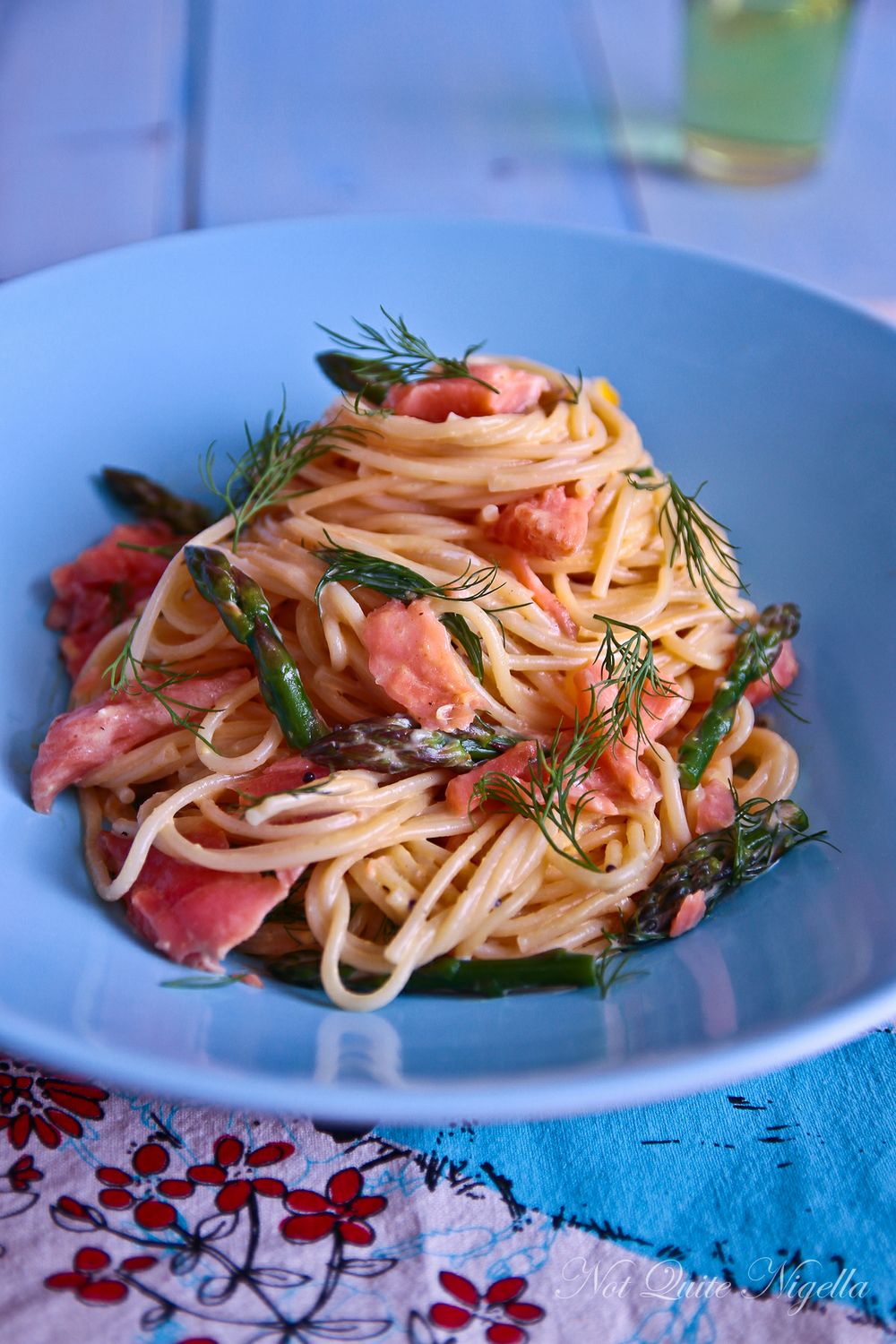 Step 1 - Boil the spaghetti according to directions in plenty of salted, boiling water. Mix together the egg yolks and cream and slice up the asparagus.

Step 2 - When the pasta is ready, take out one cup of the pasta water and set aside. Drain the spaghetti and immediately, put it back in the pot along with the egg and cream mix and use the heat of the spaghetti to cook the eggs and asparagus-the asparagus gives it a nice crunch so you don't want it too soft. Add some of the pasta water if it is too thick-sometimes I find I add about 1/2 to 2/3 of a cup of it to the pasta. Add the salmon or trout and dill and season with salt and pepper. 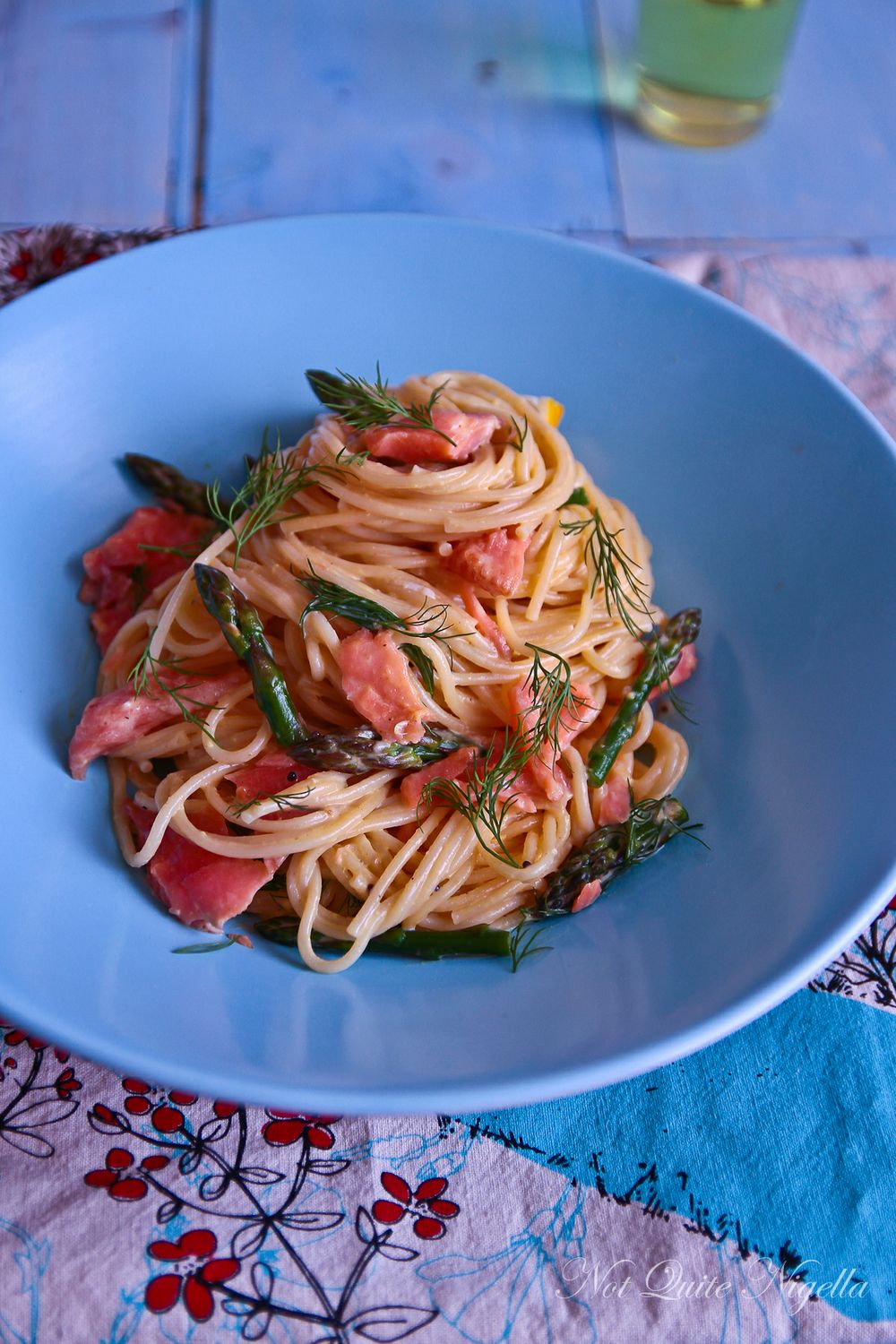