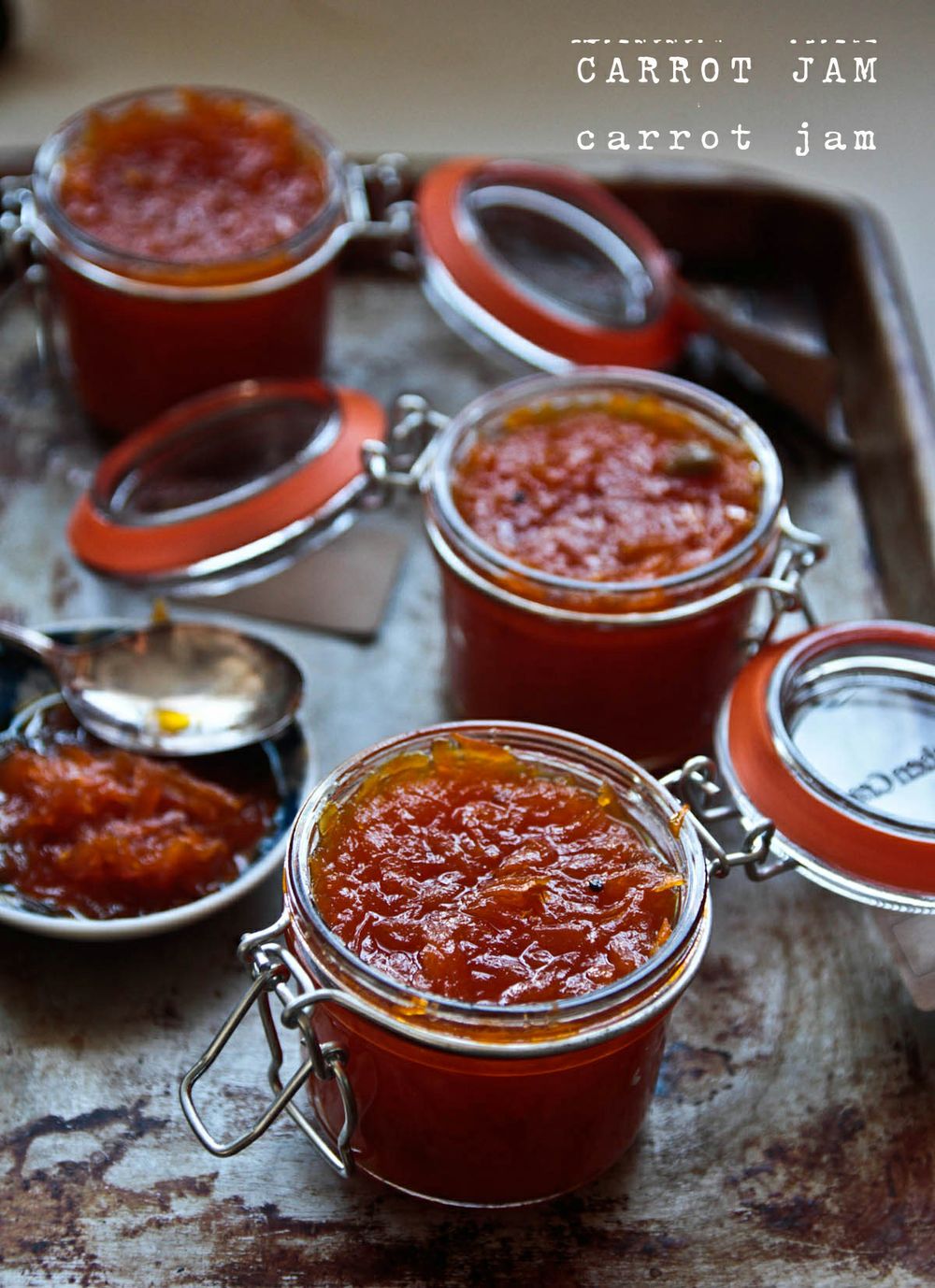 I was once compared to Dennis Rodman. 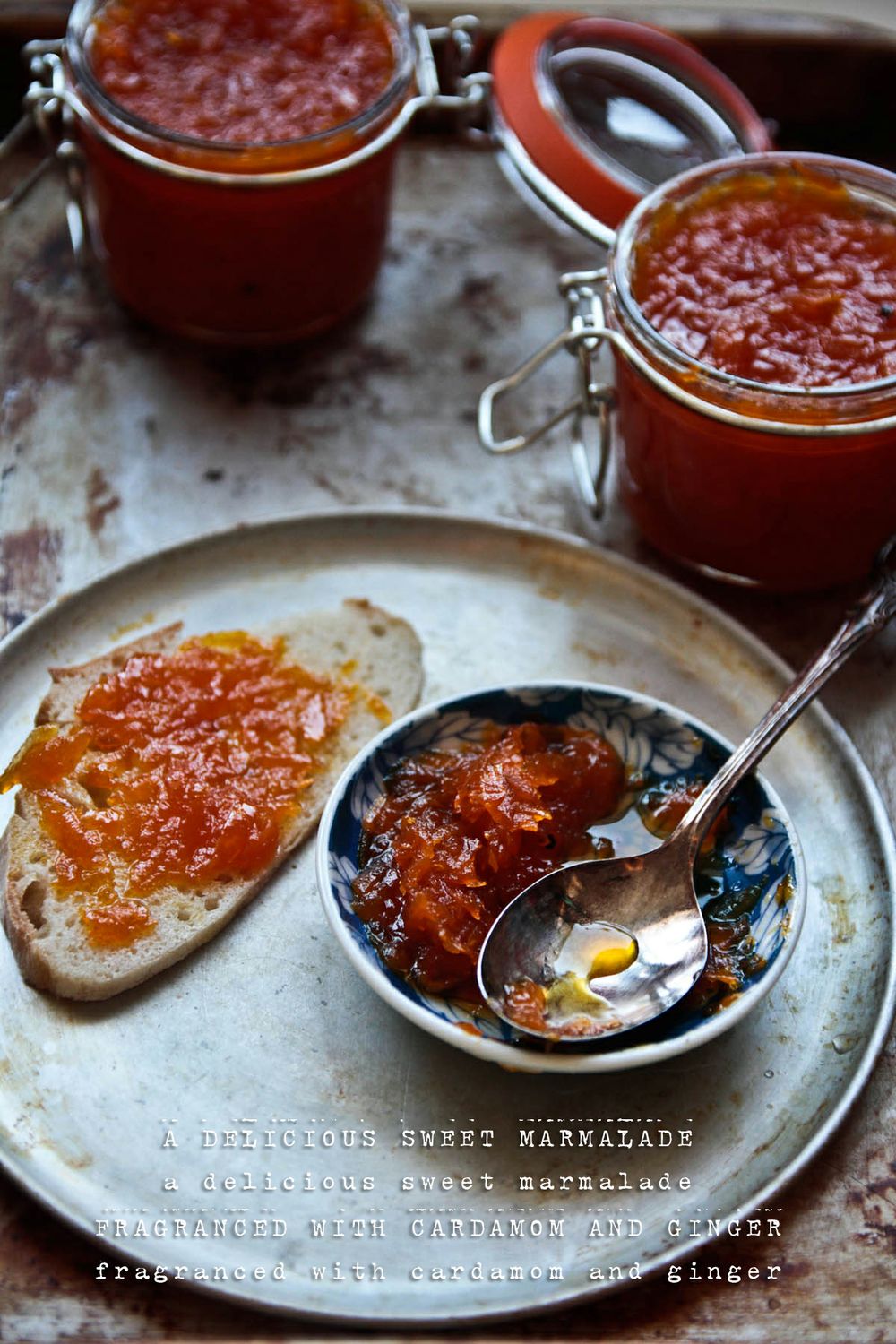 Anyway, allow me to present you with something that's a little controversial but still bright orange: marmalade. I hear you already. I know, you don't like marmalade. It's bitter or it's this or it's that. I know. I like jam better too.

But this is really good. Like freakishly good. If I were to recommend you make something this week, it's this. It's really based on a marmalade I had years ago at a stall at Matakana Farmers Markets in New Zealand. I have a terrible memory for names but a good memory for food and I recall trying this jam or marmalade and thinking that it was utterly delicious and then filing it away in my head to make later. Much later as it turns out. Carrots are one of those things that we always seem to have in our crisper. They're plentiful, easy to buy and cheap and we go through a bag a week easily. Until one week where I went away and my carrots were neglected. They needed to be loved, they needed to be eaten and so they became this marmalade. 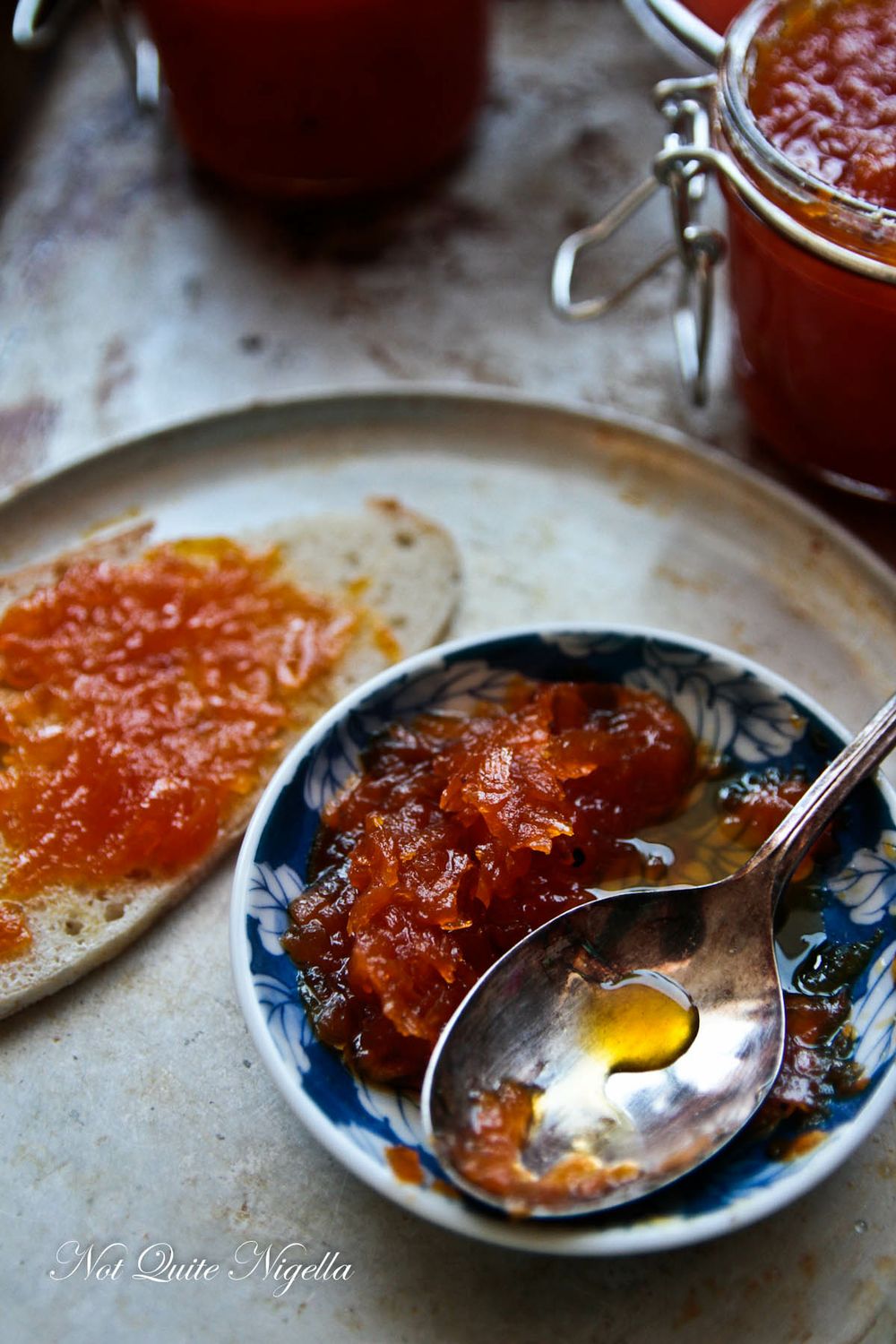 This is not bitter even though there is the zest and juice of a lemon and orange. The carrot makes up the bulk of this sunny, syrupy, glossy marmalade which you can spoon on yogurt, eat with cereal or spoon on toast. There isn't any pectin in this so there's no thickeners so it retains a lovely syrupy quality and reminds me of delicious Middle Eastern jams where fruit is suspended in syrup. 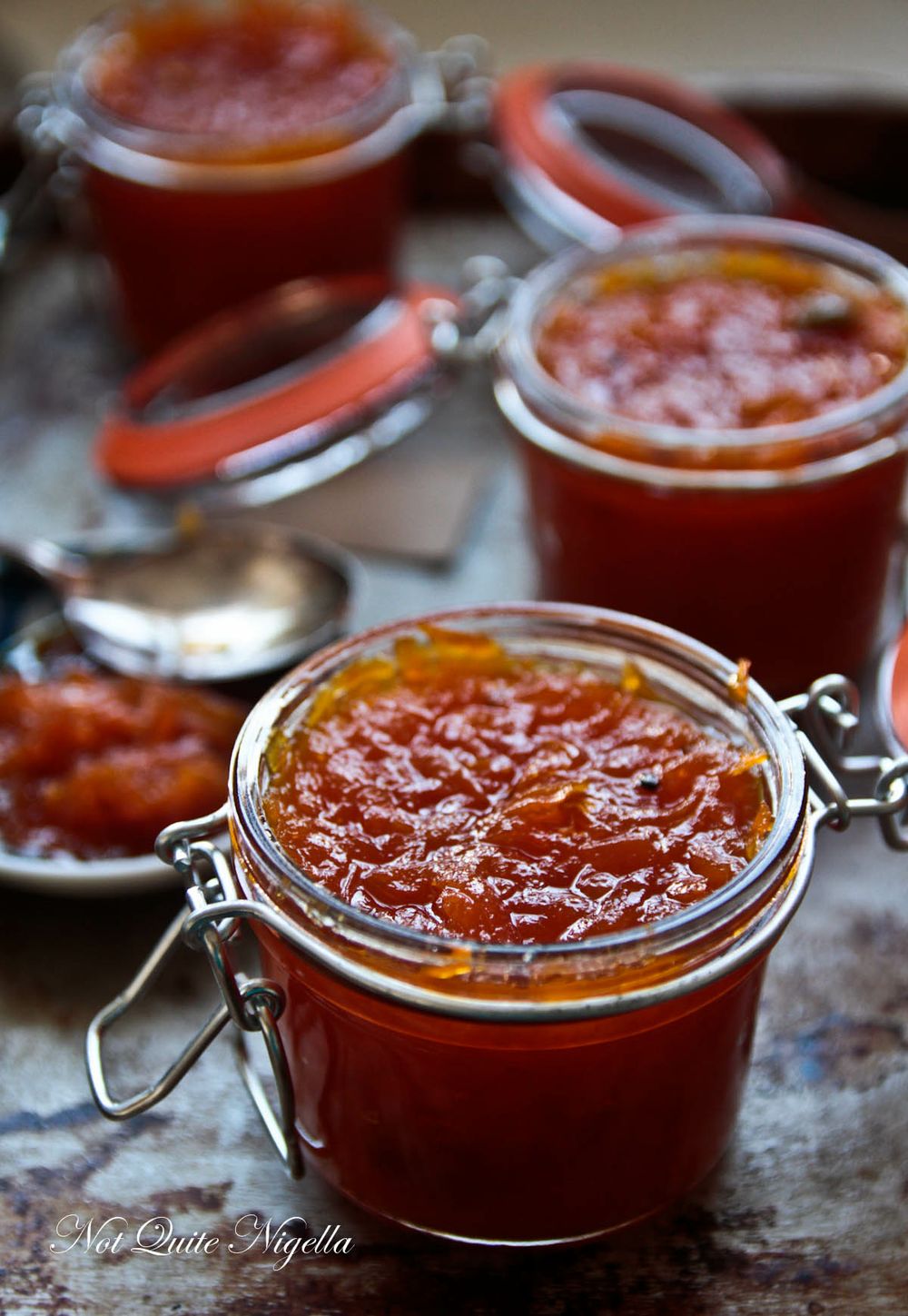 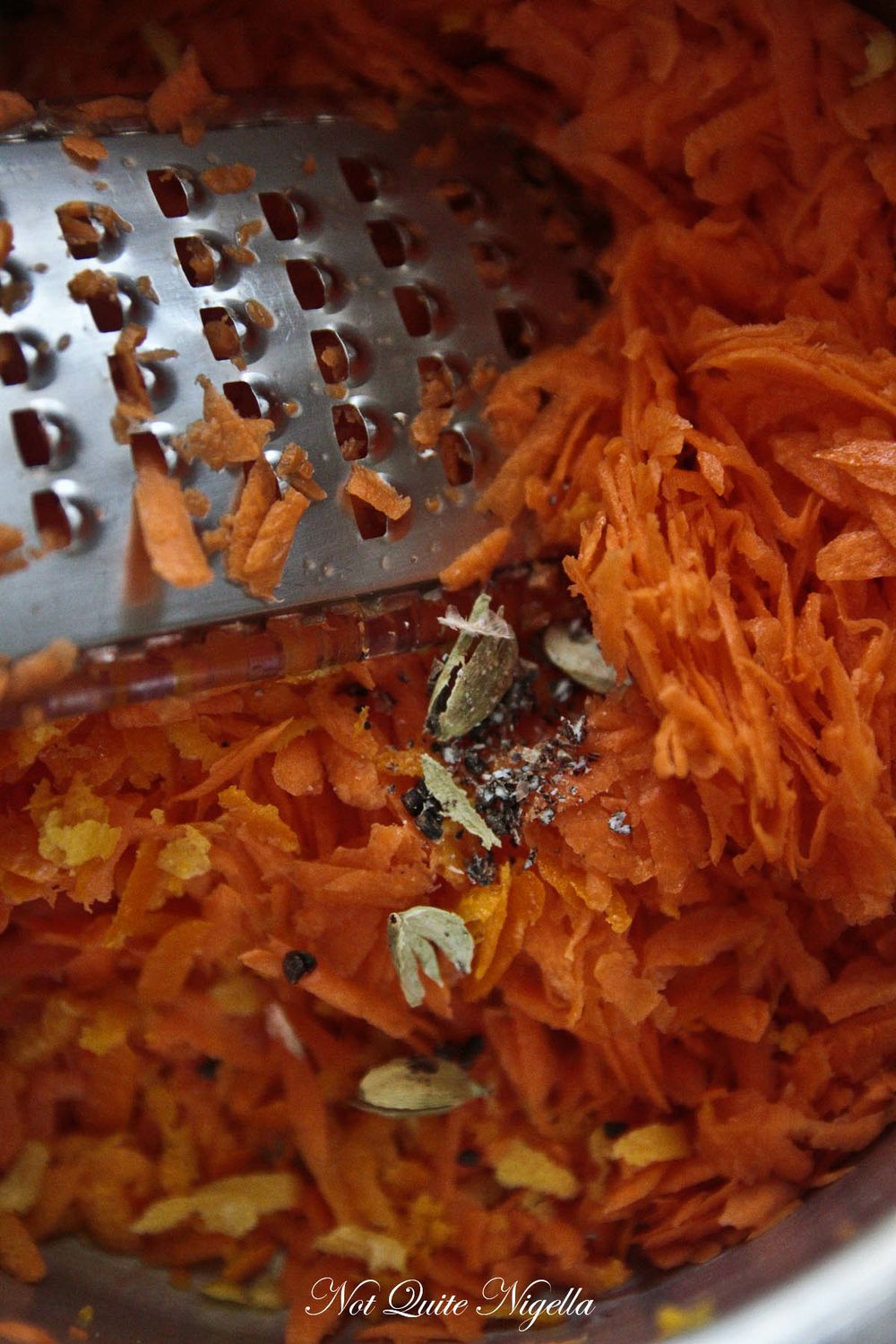 Step 1 - Place the grated carrot, sugar, orange and lemon juice & zest and cardamom pods in a saucepan and leave overnight or for at least 6 hours. The juice from the carrots will release. 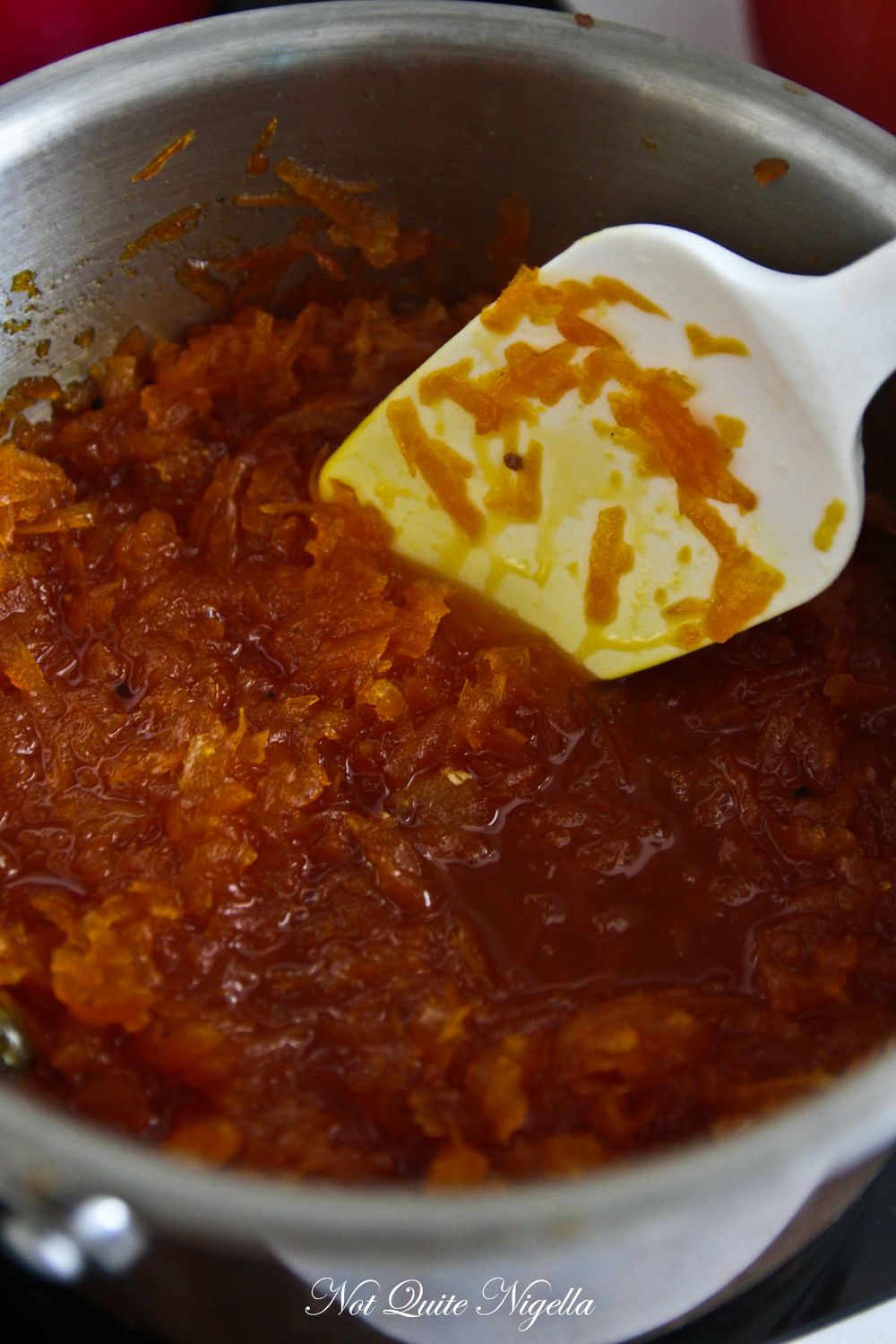