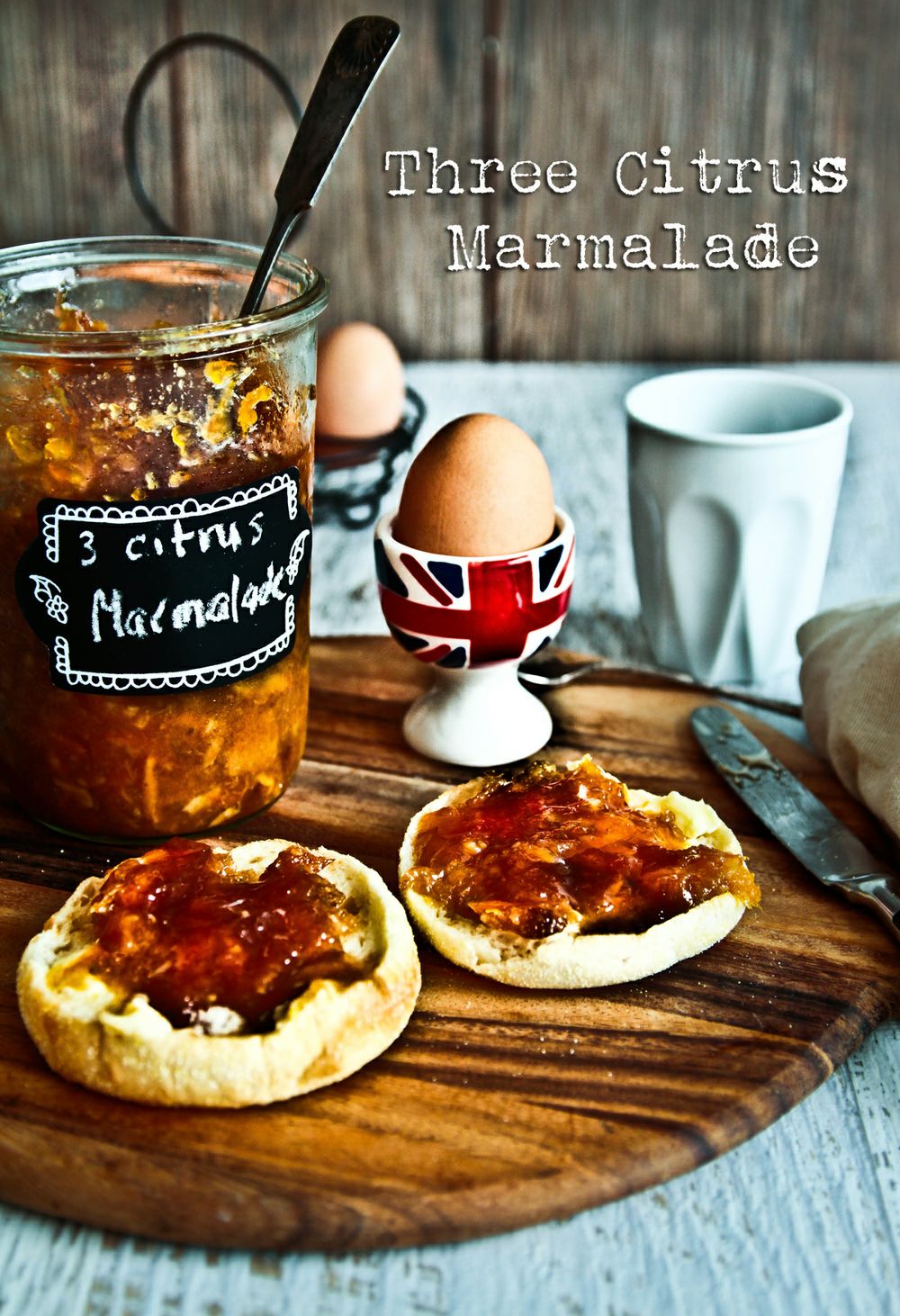 A few weeks ago we went on an adventure to the Central Coast with friends Freaky Flier, Florizal and Girl Next Door. As we picked Freaky Flier up and he got into the car he told us about the peculiar morning that he had had.

"I saw a man dressed in a full length bunny suit" he recounted. "He was drinking a Red Bull and he looked as though he were on his way somewhere rather than being on the way home!" We all chuckled and then over the next few weeks I started seeing people in onesies and plushy costumes walking down the street as if it were normal attire. Random retail outlets were selling onesies and people, mostly Gen Y's, were buying and wearing these costumes. We would drive down the street and see a group of people walking and one would be attired in a onesie while the rest would be in normal dress. We were still none the wiser as to why though - sure, some celebs have taken to wearing them but I couldn't see any sort of appeal there to wearing one as they're not particularly flattering. And were the onesies related to the plushophiles who become sexually aroused when in costume?

I asked my Gen Y oracle, Elly and simply answered "Because you get to dress up like an animal and get a butt flap and footings" which quite frankly made me no wiser. She then added "Everyone else is going it  and you can be a big kid! Onesies parties are all the rage." Her 22 year old friend Amy told that she even slept in one (albeit not an animal one) and said that it felt so comfortable and almost like being a baby again. "I think Gen Y is essentially lazy so if we can get away with having something that you zip up with a hood we will" Amy said. Elly also denied that it was a sexual thing like plushies and believes that it is just a laugh. It's probably no different than any other fashion trend except it is more conspicuous but at least it keeps you warm... 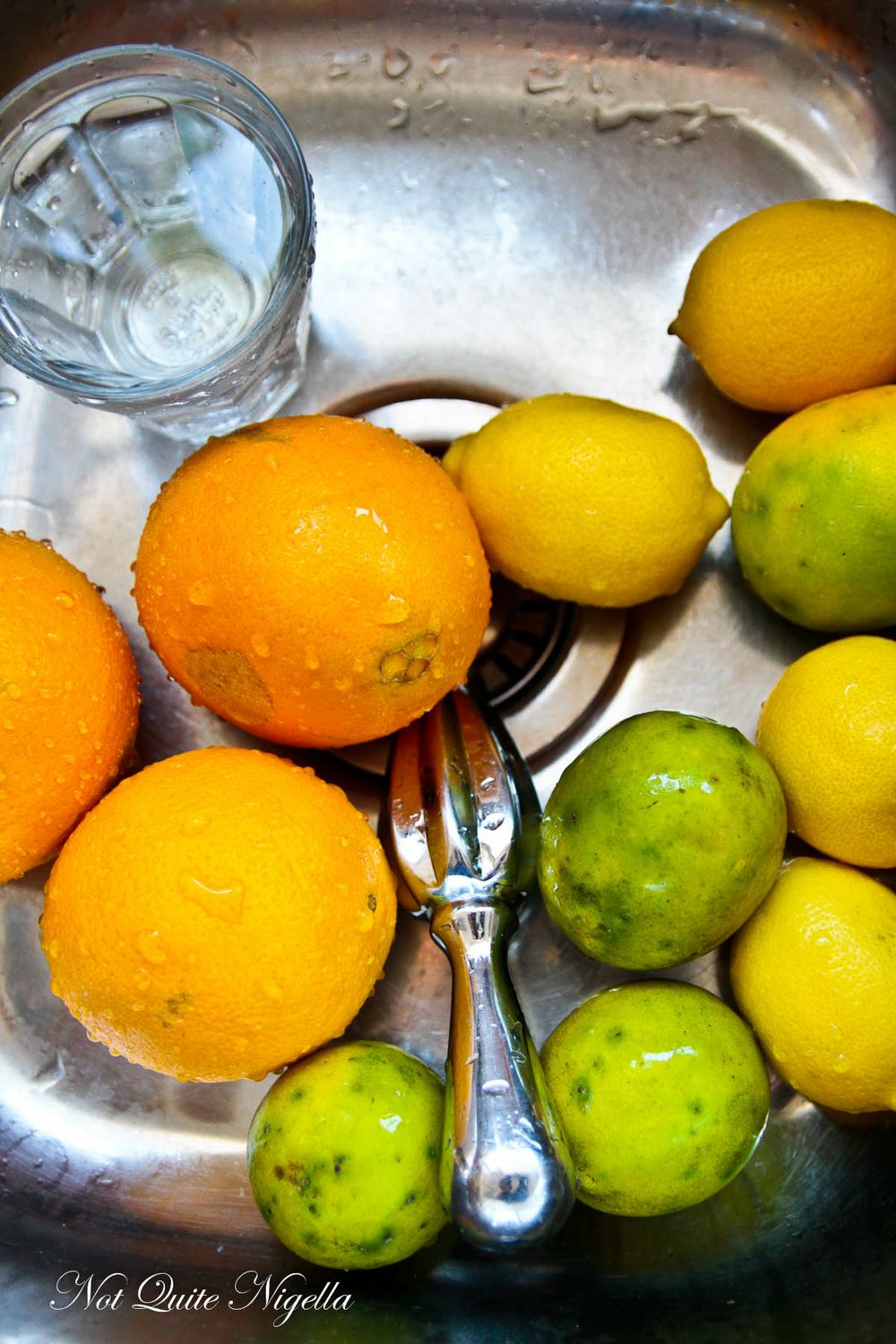 I was recently asked about food rather than fashion trends and one trend that I can relate to is preserving. I often buy produce in largeish amounts-well largeish considering that there is just the two of us and sometime my mothers gets produce from her friend's trees and she passes these onto me. This winter, citrus has been such a bounty and she handed me ten large, ridiculously juicy limes and lemons and I decided to make a three citrus marmalade using oranges, lemons and limes. I'm not a huge bitter flavour lover but I do like marmalade especially on buttered. soft English muffins. I particularly liked the limes that I was given-they were so full of juice. Because they came from an non commercial variety from someone's tree, they weren't cultivated because they had a small amount of pips. Keen preservers love this as the pips and the skin contain plenty of pectin which is the gelling agent for marmalades and jams.

What resulted was two enormous jars of marmalade. I found it a bit on the bitter side but came around to it after the first taste while Mr NQN loved it and hoovered up 1.5 of the jars with me using up half of a jar for a dessert. You can blanch the skins and pith and use less pith if you like a sweeter marmalade or if you enjoy the bitterness of Seville orange marmalade, this might just be for you. And do you like my British egg cups? I picked those up on my travels and I thought that the very English marmalade with very English muffins might accompany the very English Royal Baby coverage that we're getting.

So tell me Dear Reader, are you getting into preserving? And how about onsies? And are you excited about the Royal Baby? What do you think about the name George? 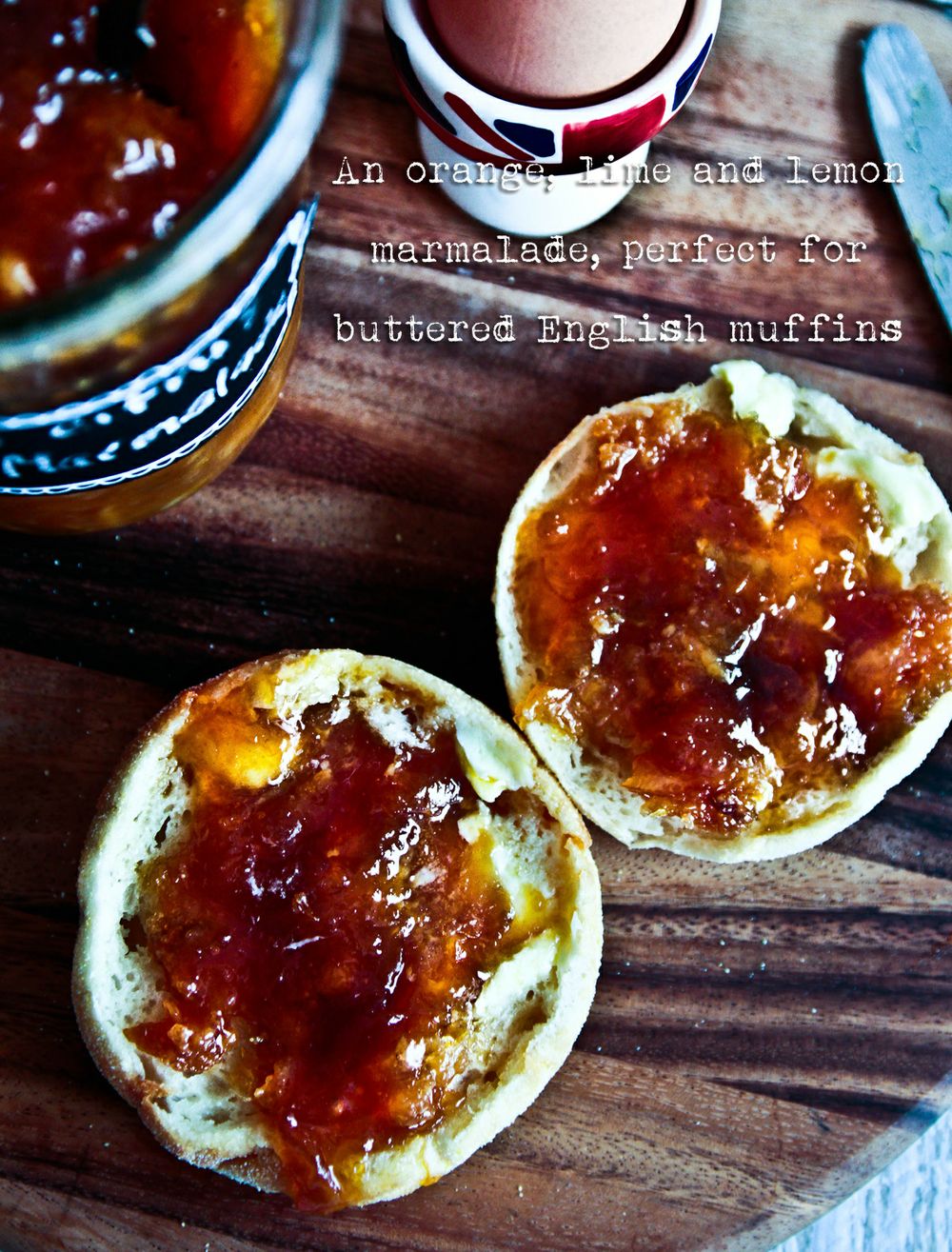 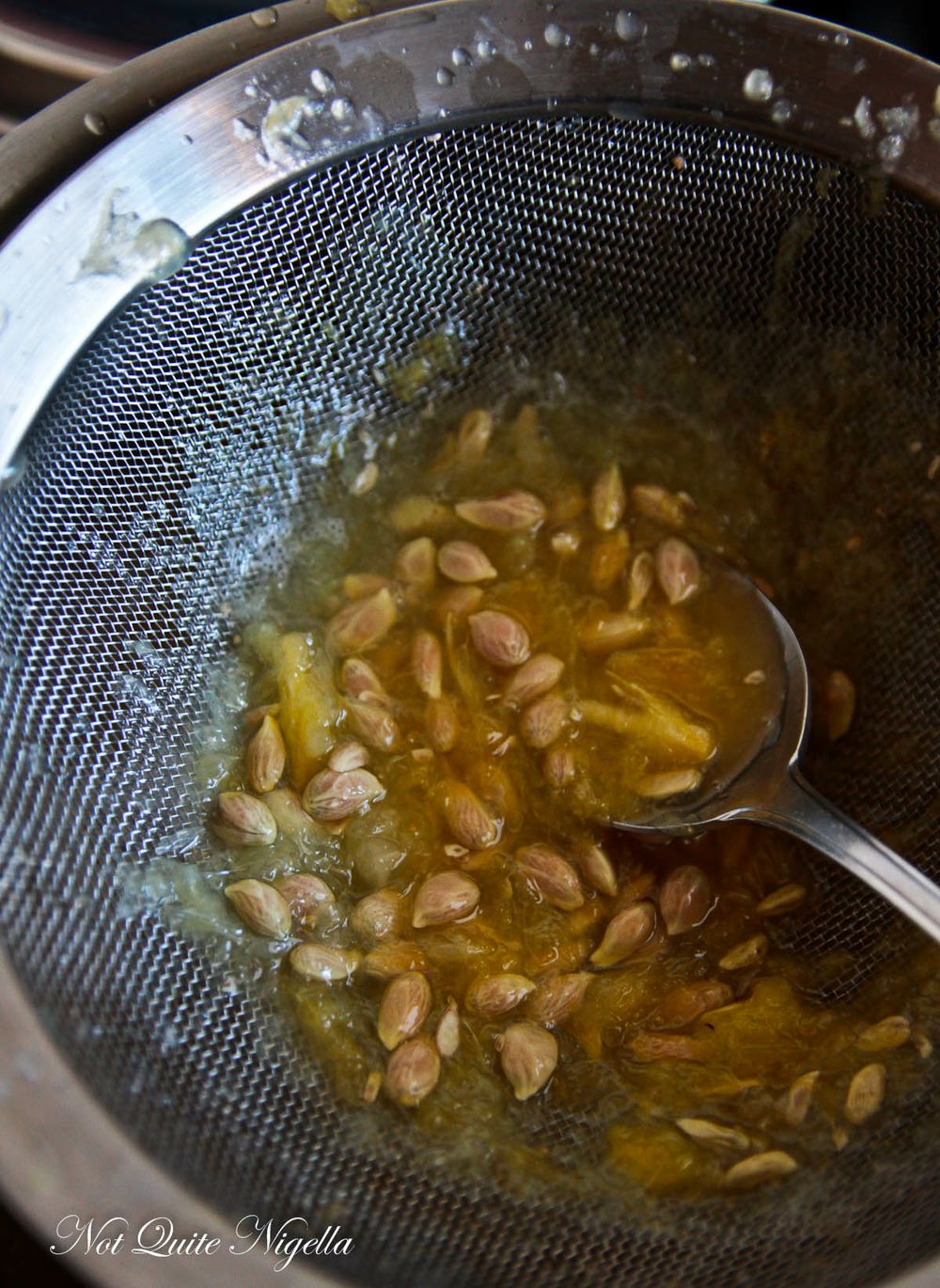 Step 1 - Cut fruit in half and squeeze out the juice over a sieve. Reserve the pips and place in a little muslin pouch. 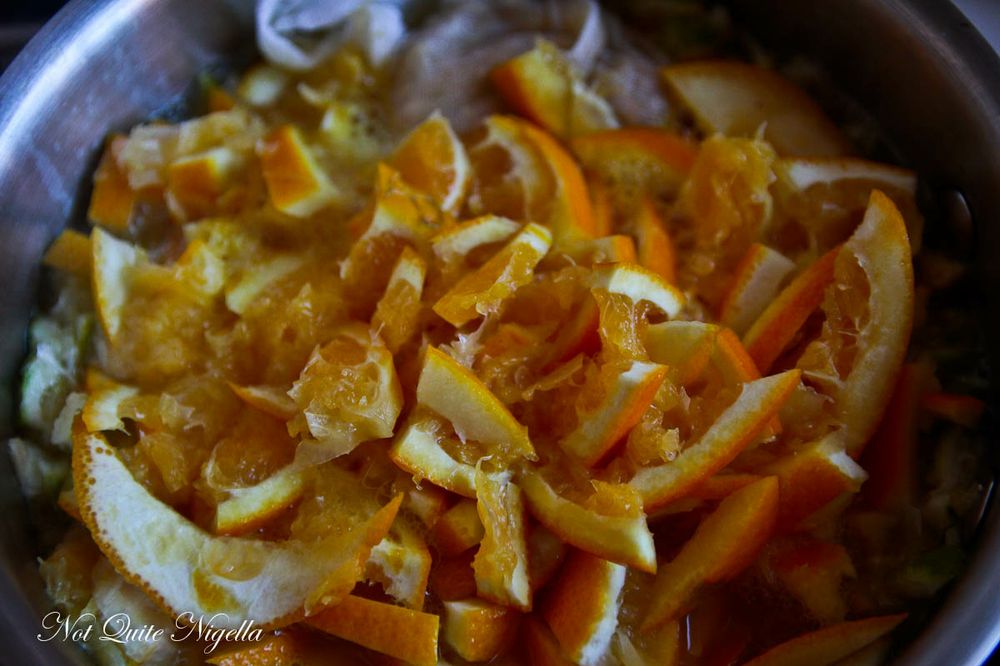 Step 2 - Chop the skins and pith-if you don't like it bitter, use less pith and blanch the skins and pith in boiling water briefly, otherwise keep as it is or do a 50/50 mix if you like it mildly bitter. You don't want the peel mushy. 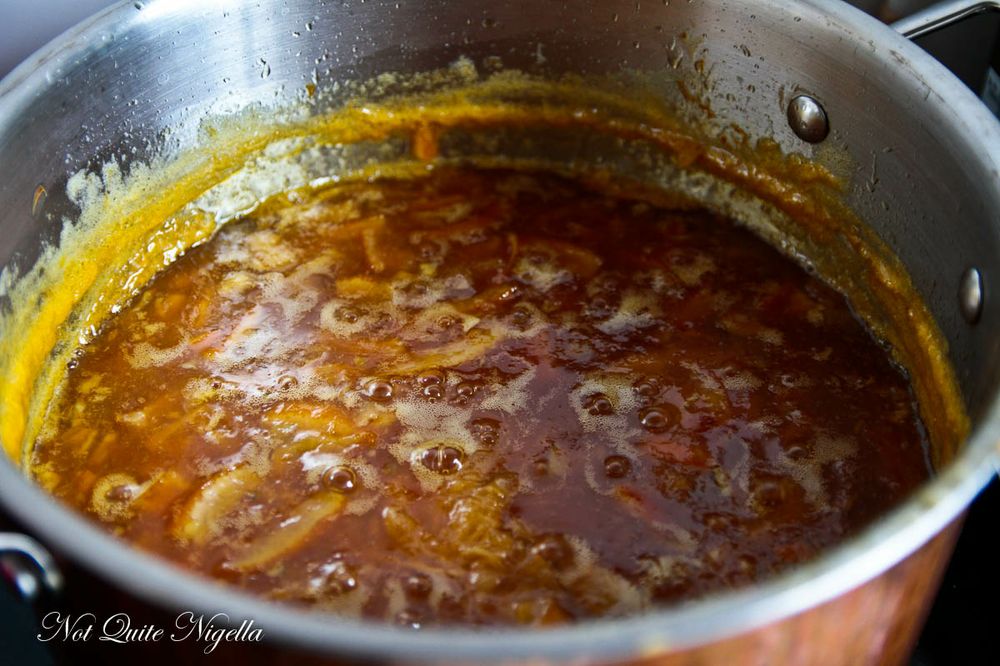 Step 3 - In a large heavy bottomed pot cook fruit juice, pulp, peel and pith with the muslin pouch for one hour until soft. Add sugar and water and simmer for 45 minutes to 1 hour until thick and syrupy. Remove the muslin pouch containing the seeds.

Step 4 - To can, ladle into warm, sterilised jars with canning lids leaving about half an inch between the top of the marmalade and the lid as it expands when heated. Remove any air bubbles by running a knife around the edge of the jar and clean up the sides. Make sure that the lids are on tight but not too tight-just use your hands to tighten them and not a tightening tool to do so. A rack is easier to remove the jars too and also to prevent the glass touching the bottom of the pot. Place in a large pot or saucepan that can hold all of the jars and fill with enough water to cover the lids by an inch and simmer. Boil the jars for 10 minutes. Note: if you are a high altitude, i.e. above 2,400 metres of 8,000 feet above sea level, boil for 20 minutes.

Step 5 - Allow to cool for a few minutes and then remove and stand at room temperature for 12 hours. Check that the seal has worked by pressing down on the centre-if it doesn't pop back then the seal has worked. Otherwise you will need to refrigerate it and consume it quickly.

*To sterilise jars, heat the jars and lids in a 180C/350F oven for 10 minutes. Having them warm also reduces the chance of the glass breaking with the hot marmalade. 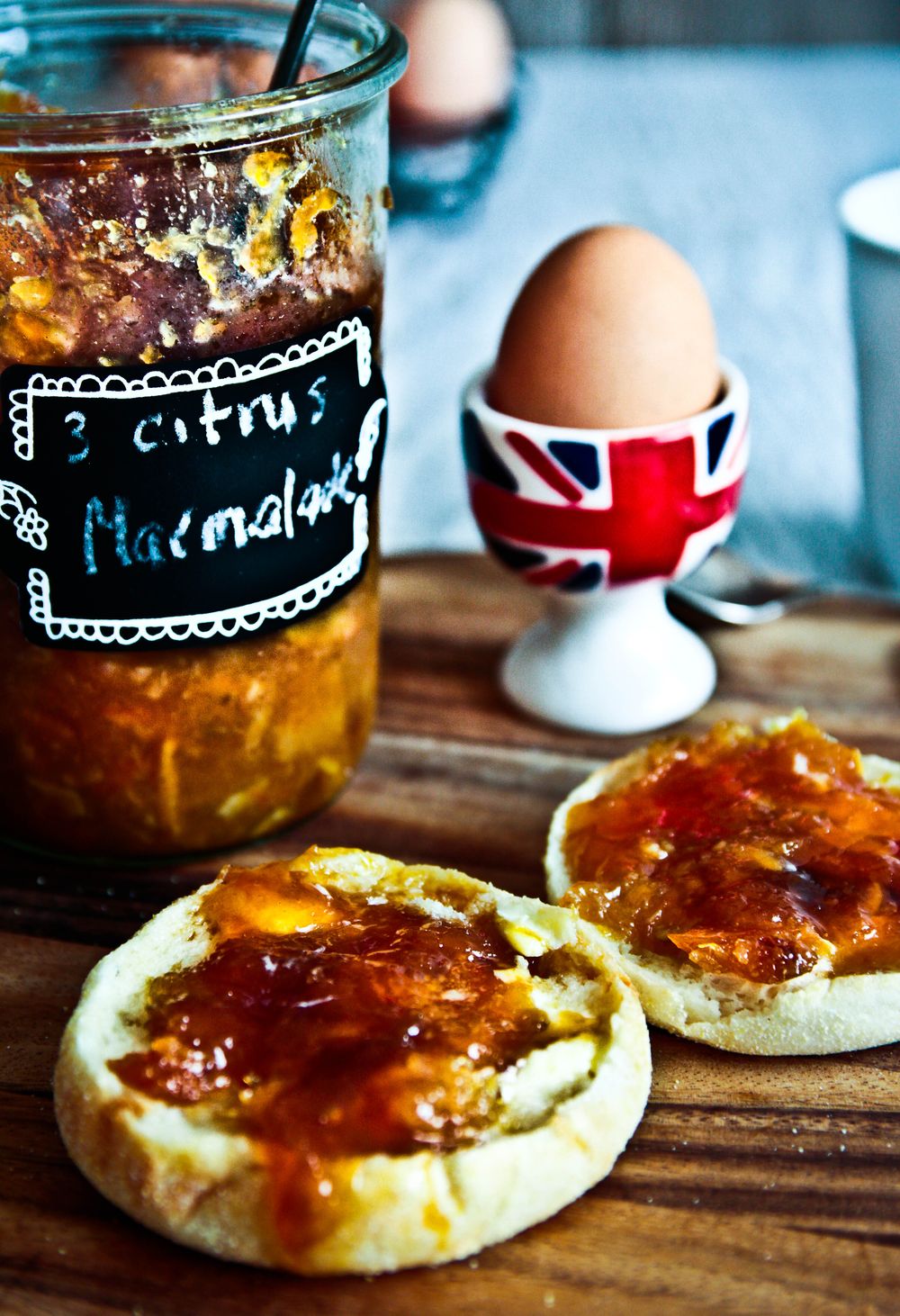