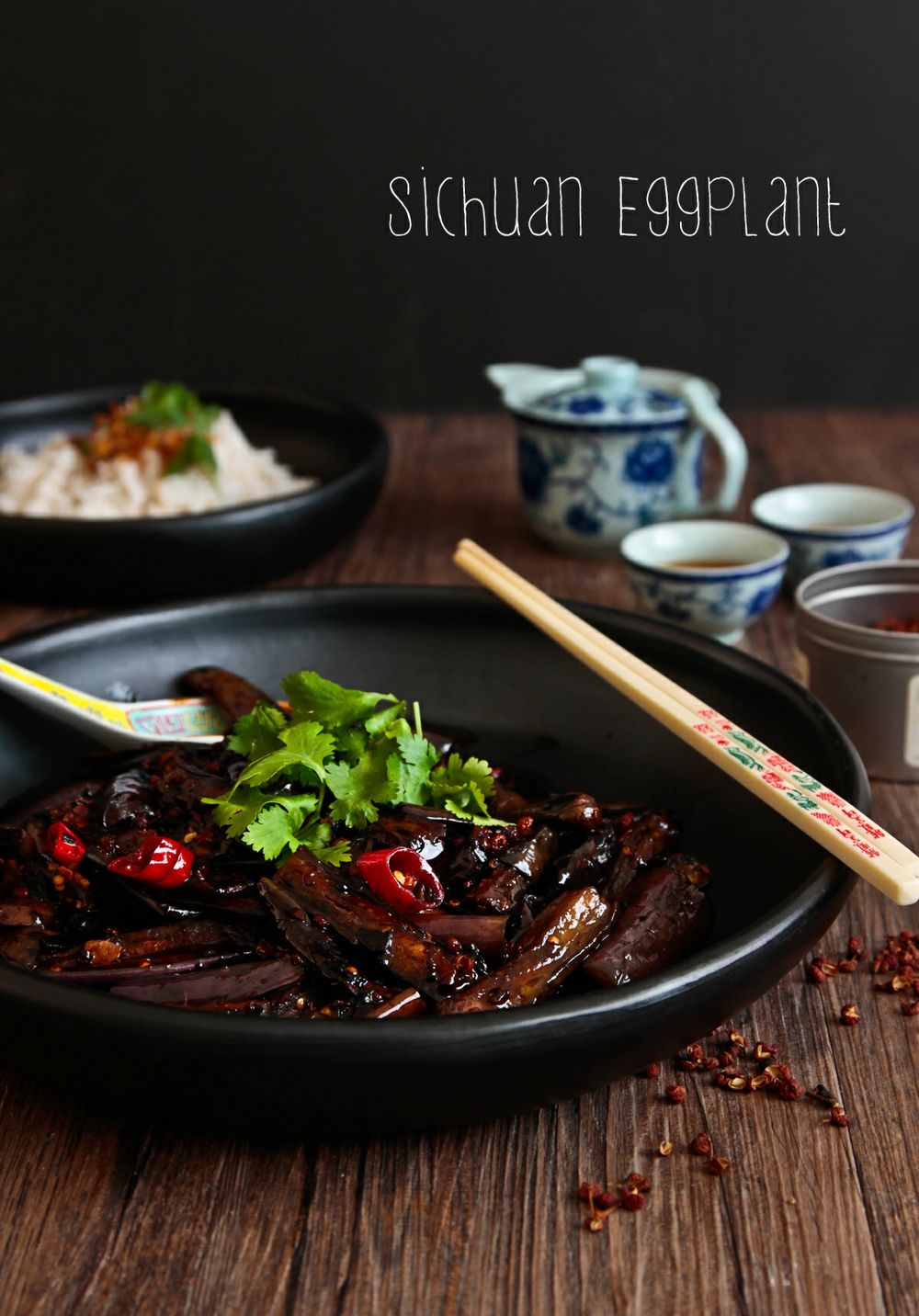 Every now and then I am prone to odd cravings. It's usually because I've either been away and I've had food from a particular country that I've fallen in love with (my recent trip to Bangkok is one example that saw me trolling Sydney streets for black sticky rice desserts). Or it is because I've seen something on a blog or on television and decided that I need to eat it then and there.

And then there's the craving that hits me once every week or so in which I have to have Chinese food. I blame my parents for their consistent pushing of Chinese food during my formative years ;) But if I don't have something Chinese every week or two then I start to get a little strange-or make that stranger...

I must admit that I didn't grow up eating this exact dish-my mother never cooked eggplant this way but I've since had it at several Sichuan restaurants in Sydney and it is always met with the same rapturous declaration of "I loove eggplant!" Not a normal utterance for most but one that never fails to come forth with this dish. 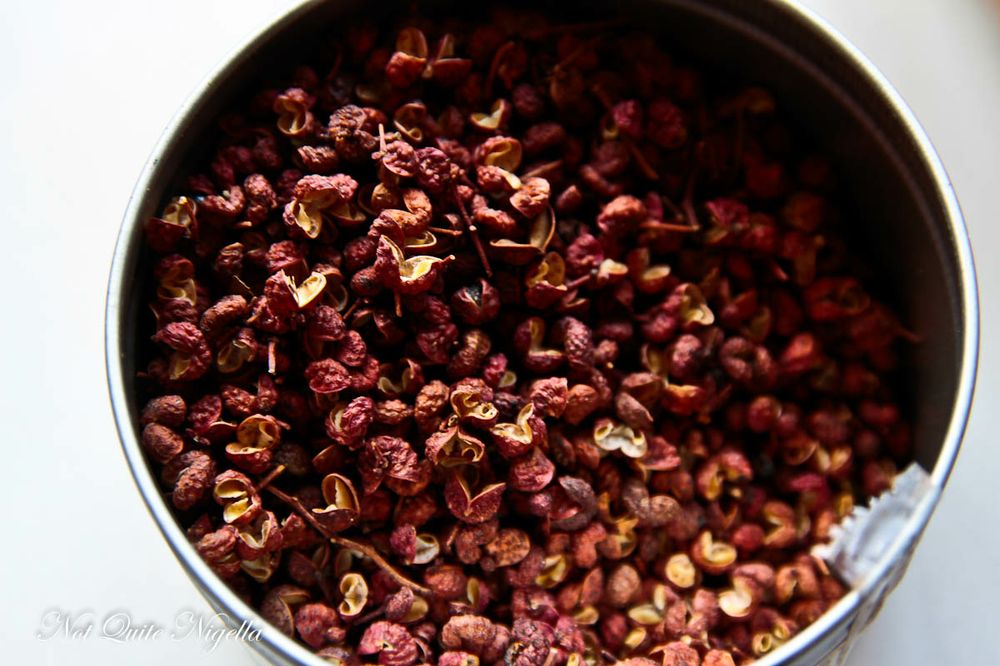 When I bought about six of those slender, dark purple Japanese eggplants I decided to try my hand at recreating this very popular Sichuan dish. The key ingredient is Sichuan peppercorns or "flower peppers", a pretty pink peppercorn that gives a most uniquely addictive numbing sensation on the palate. They're not actually peppercorns but berries from a prickly ash tree. The Chinese like the fiery husks which they call hu?ji?owhile the Japanese like the milder berries which they call sansh?. These tiny citrusy, numbing balls feature in many spicy Sichuan dishes along with their frequent counterpart chillies and is also one of the five ingredients in the Chinese five spice mix. It is said that the numbing properties of the Sichuan peppercorn lessen the heat giving properties of chillies so combining the two is an ideal mix to give the "hot and numbing" sensation that is unique to Sichuan cuisine.

I initially said that this is a side dish but on the night that I made this, I ate this by itself for dinner with some boiled white rice all the while trying to stop Mr NQN from stealing my half as he loved it so much. It's spicy but not overly so and I think there is some logic to the numbing effect of this peppercorn on a normally spicy chilli. The eggplant takes on an appealing sweetness while the other flavours balance it boldly-this is not a dish for a shrinking violet but for someone that loves strong flavours. The rice soaked up the glossy dark sauce and before I knew it, not a single peppercorn was left behind.

So tell me Dear Reader, what dish or cuisine do you crave? 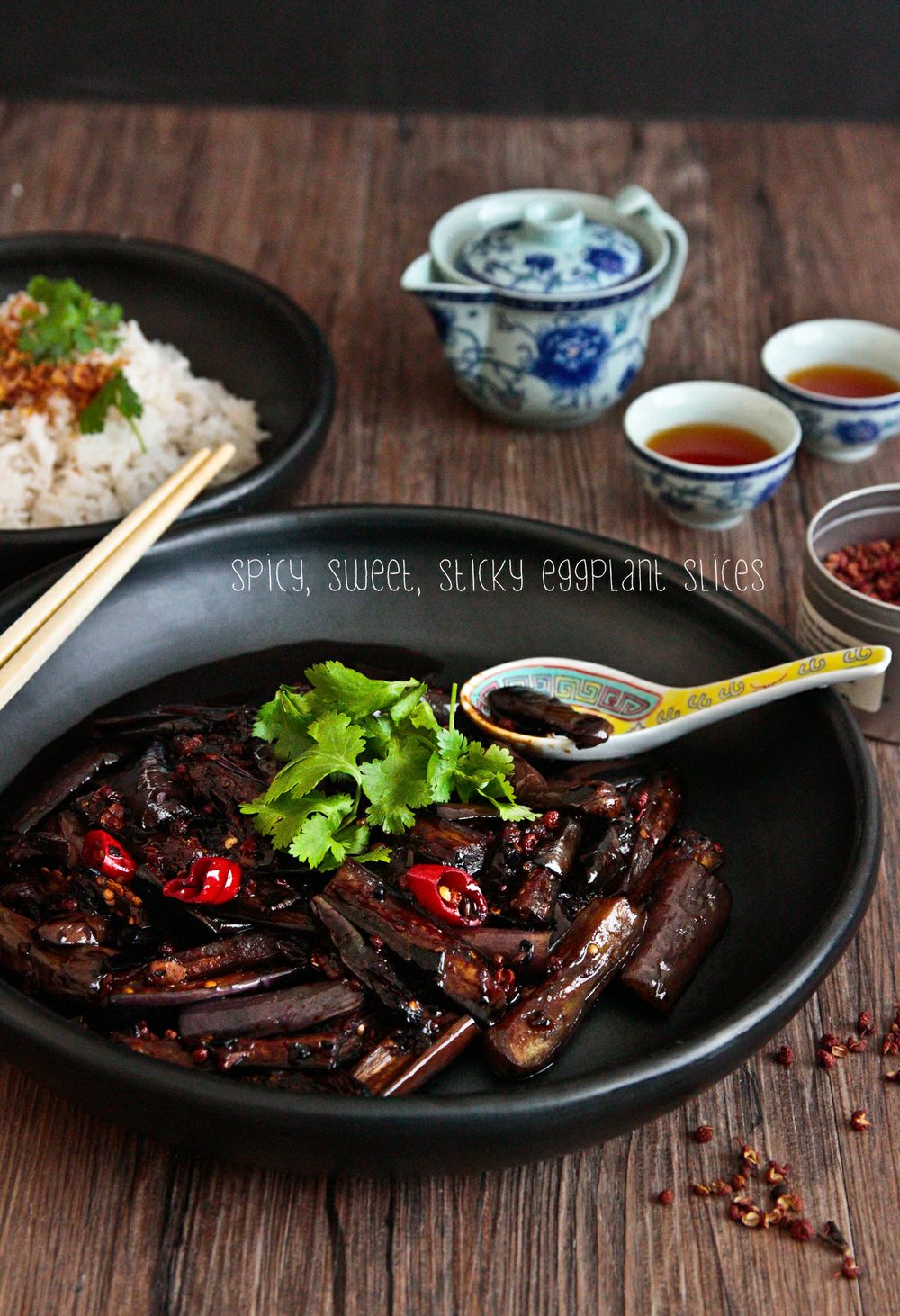 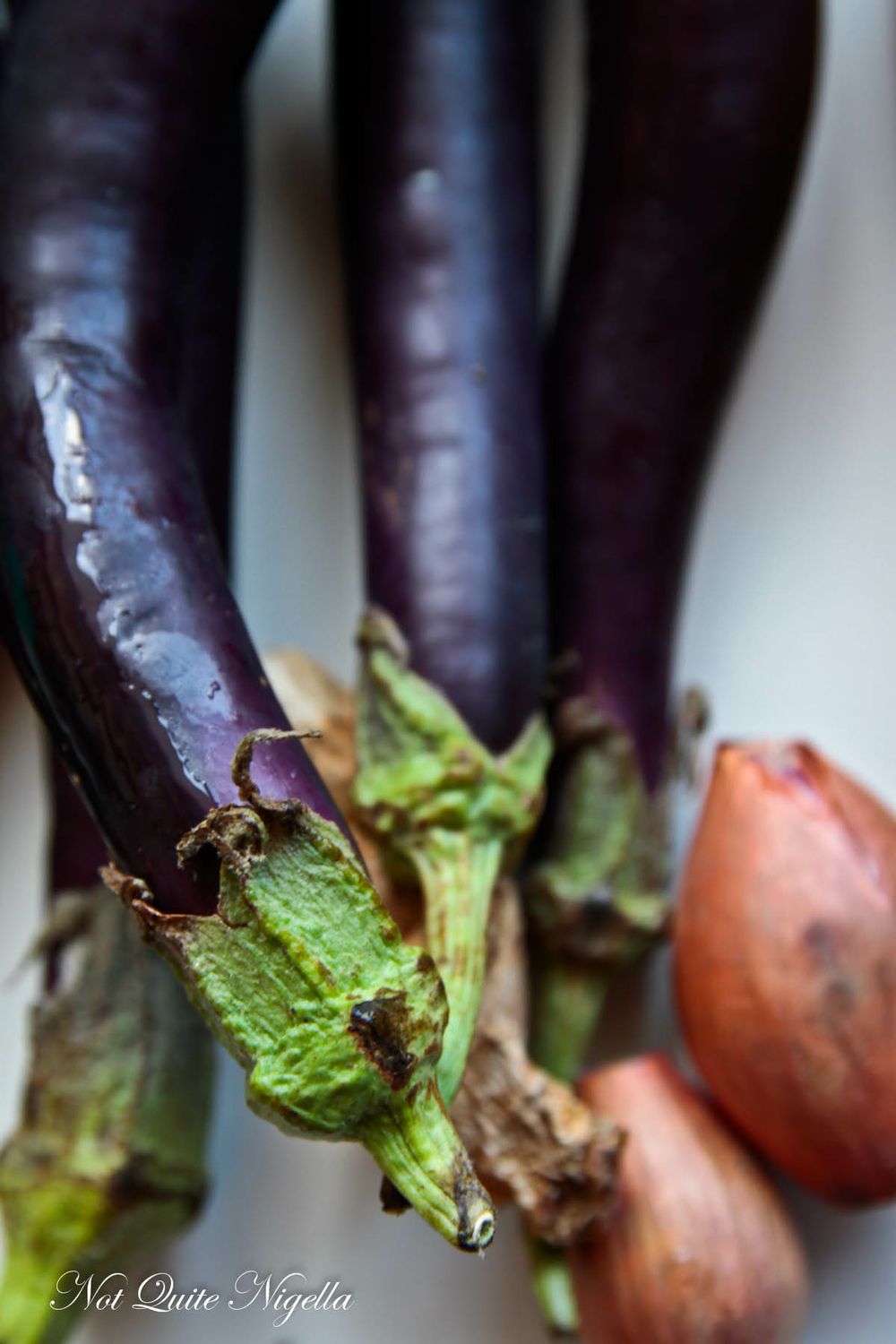 Step 1 - Slice the eggplant into two inch pieces and then quarter these lengthwise. Finely chop the ginger and eschallots and set aside. In a bowl, mix the shaoxing cooking wine, sugar and dark soy sauce and stir. 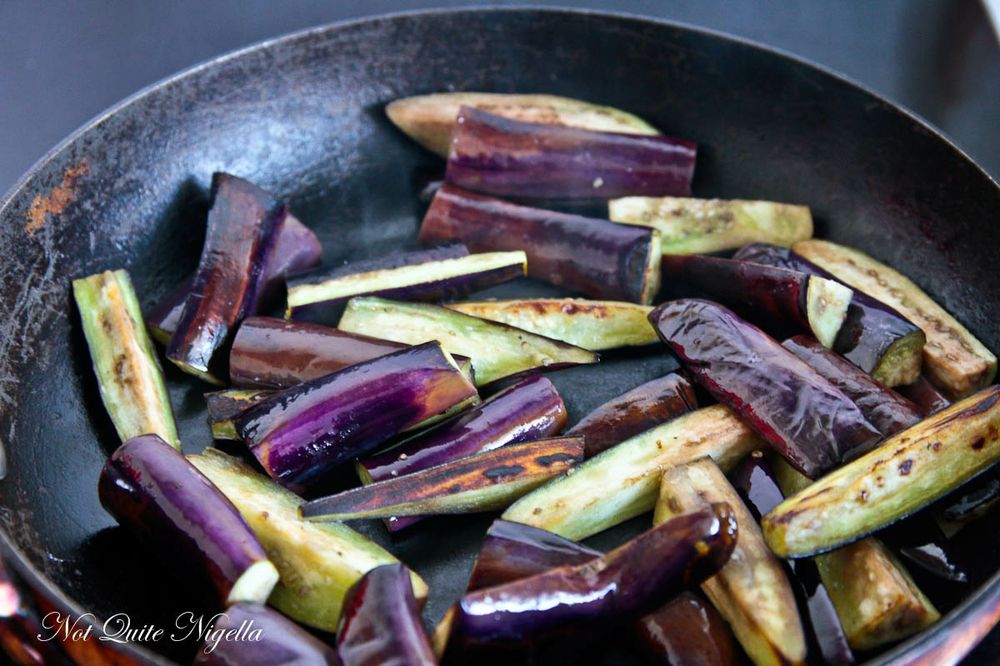 Step 2 - Heat a frypan or wok on medium to high heat and add 2 tablespoons of oil. Fry the eggplant in two batches until they are caramelised and set aside on a plate. 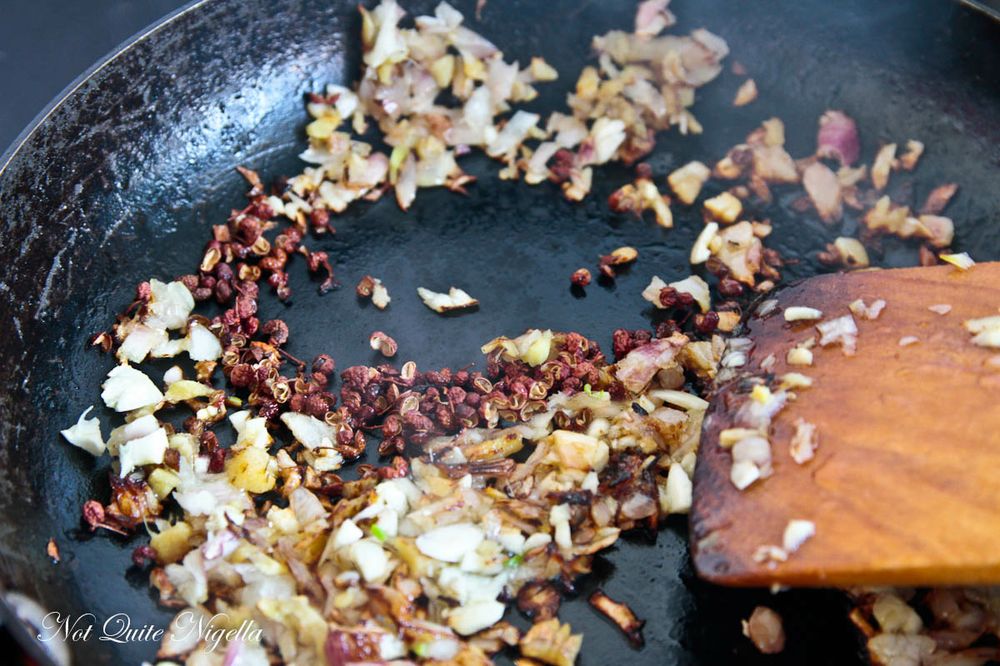 Step 3 - Add a little more oil to the pan and then fry the chopped eschallots and ginger until golden, then add the garlic and Sichuan peppercorns (try one teaspoon of peppercorns at first unless you like things really spicy!) and cook for a minute or two. Place the eggplant back into the pan along with the sliced red chilli and the sauce. Cook for another 5 minutes or so until the eggplant is soft and creamy. Drizzle with sesame oil and add fresh coriander on top. 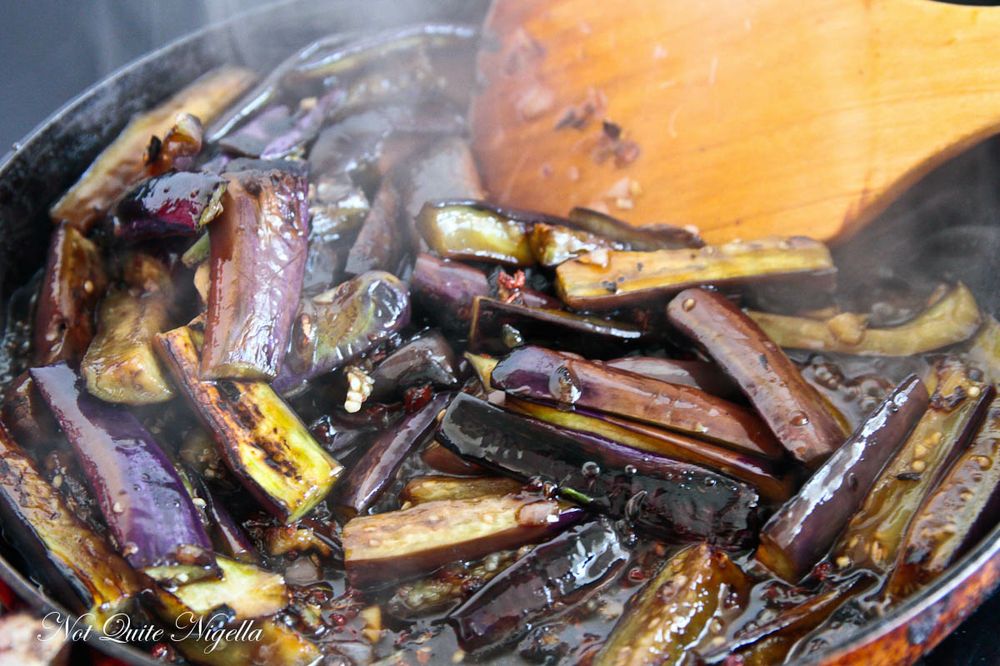 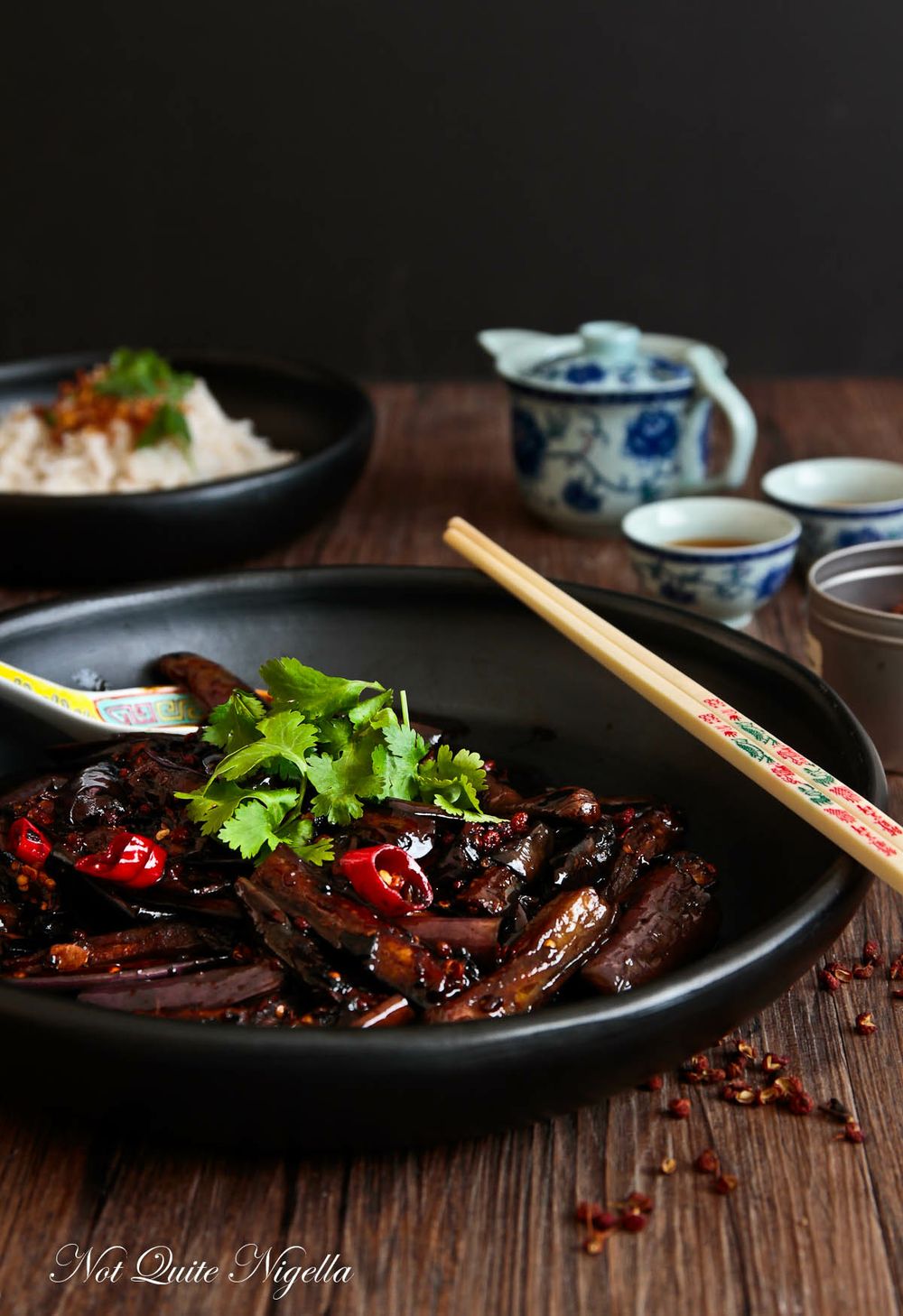