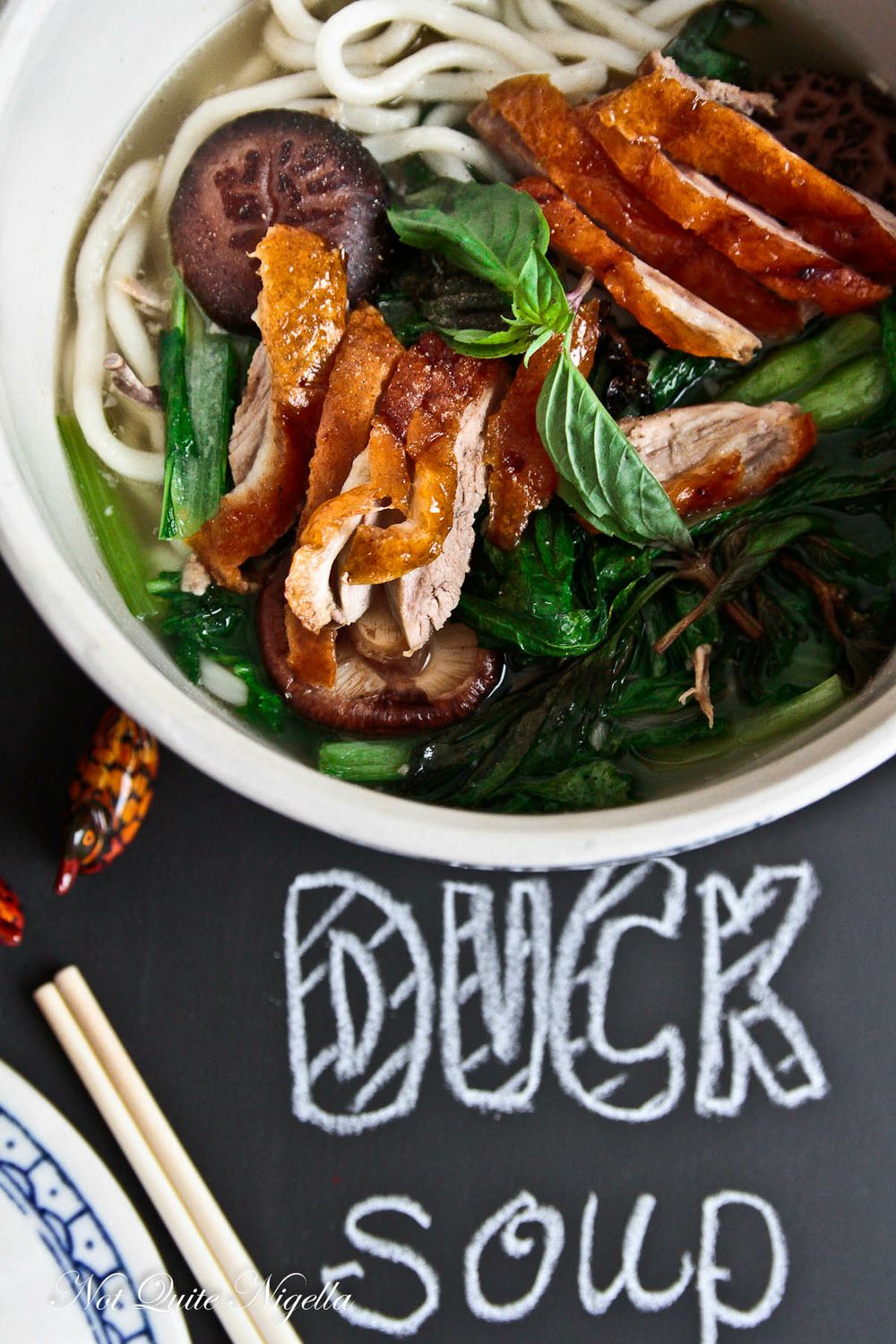 When I first met Mr NQN he divulged to me that he and his family never ate out much. Being raw vegans and whole fruit and vegetable eaters in the 70s, 80s and 90s meant that the choice was somewhat limited and it was often easier just to eat at home. This was because when one walks into a restaurant and asks for an entire raw cabbage the staff tend to look at you oddly. There was one restaurant exception to this and this was the buffet restaurant.

One time the family of six visited a buffet restaurant. Seeing the amount of fruit for dessert available, much of it still left whole, they were overcome with joy and proceeded to feast on this bounty until the usually ignored fruit display and fruit plates were completely gone. Left behind were every other type of food and the restaurant scrambled to find more fruit to feed this hungry family of fruit eaters. Growing up, to me fruit was what you had to eat at the end of a meal because that was the only type of dessert available (and my sister and I are avowed cake lovers so that didn't quite turn out the way that they wanted it...ho hum). But when he told me this, I did wonder what on earth Mr NQN would eat if I cooked for him. To him the perfect meal was a fruit bowl whereas for me that's the kind of thing that you pick at between meals.

So I decided to make him a noodle soup. I watched nervously as he ate it - he certainly wasn't one to normally order such a dish. In fact when we first met he was eating a tub of yogurt and a dozen iced donuts for dinner. But he murmured contentedly and kept slurping at the fat udon noodles and murky, aromatic broth. It was gone in less than five minutes and he raised his head and declared "that was good!". I breathed a sigh of relief that I could keep seeing him (I get headaches from fussy eaters) and nowadays when I make a warming broth using a fragrantly spiced duck carcass I think of how far he has come with eating. 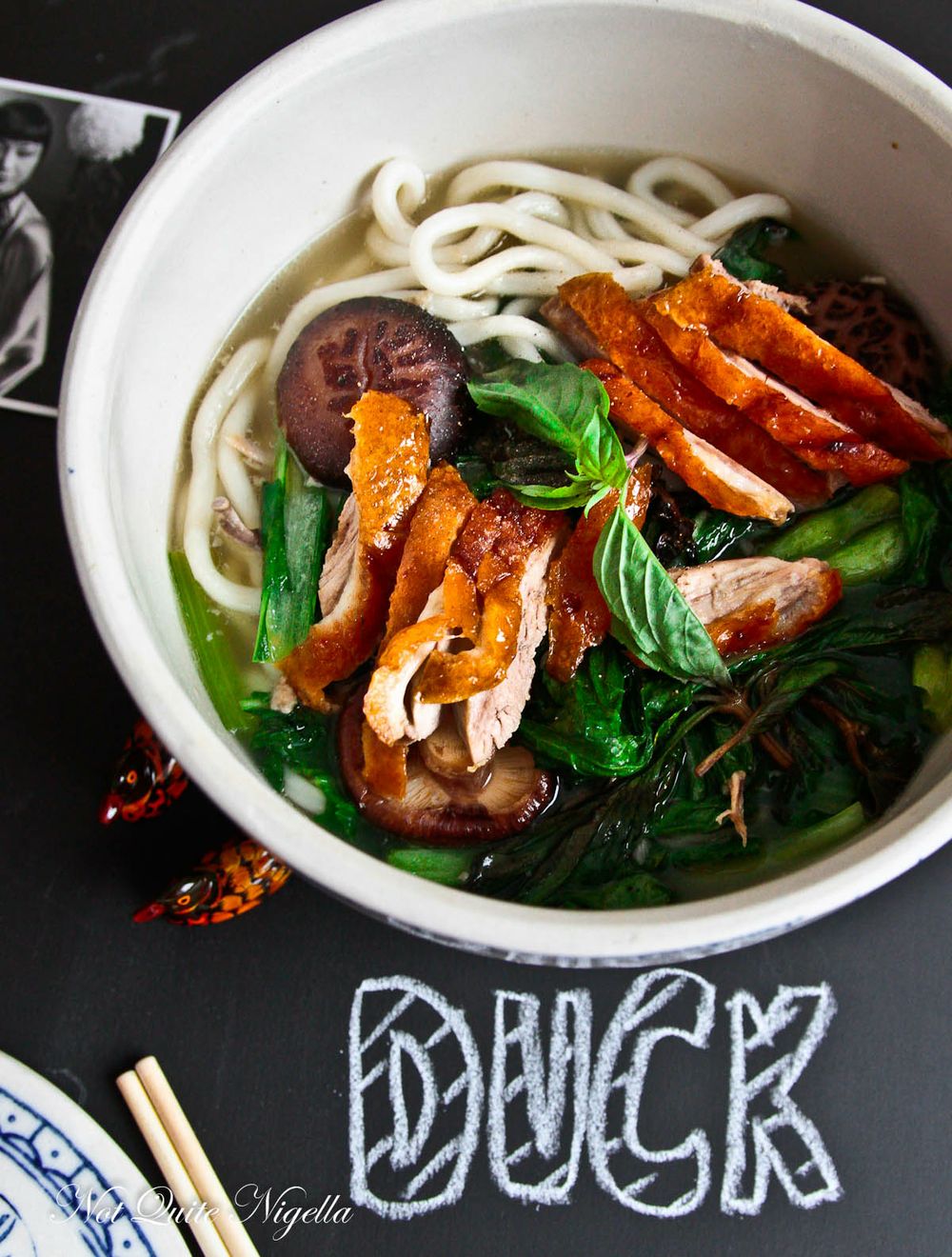 This is a soup that was made out of my experiment to see whether I could get four dishes out of one $20 whole Peking duck. This is perhaps the simplest dish to make out of the four Peking Duck recipes yet somehow it became both of our favourite. I think it's because a rich, aromatic soup was just what we need right now because it is so cold. I actually considered not putting this up and just saying that I got three dishes out of a duck but the flavour of the soup convinced me otherwise. The roasted duck is so full of flavour that is imparted into the broth. The noodles are fat, slippery chewy numbers and the vegetables help to give the soup flavour and texture. There's meat from the carcass which is soft and gives the broth texture as well as juicy skin on slices of duck breast on top. It's all brought together with the simplest garnish made with fragrant Thai basil leaves.

So tell me Dear Reader, when you were growing up, did you eat out much? How many times do you eat out nowadays? 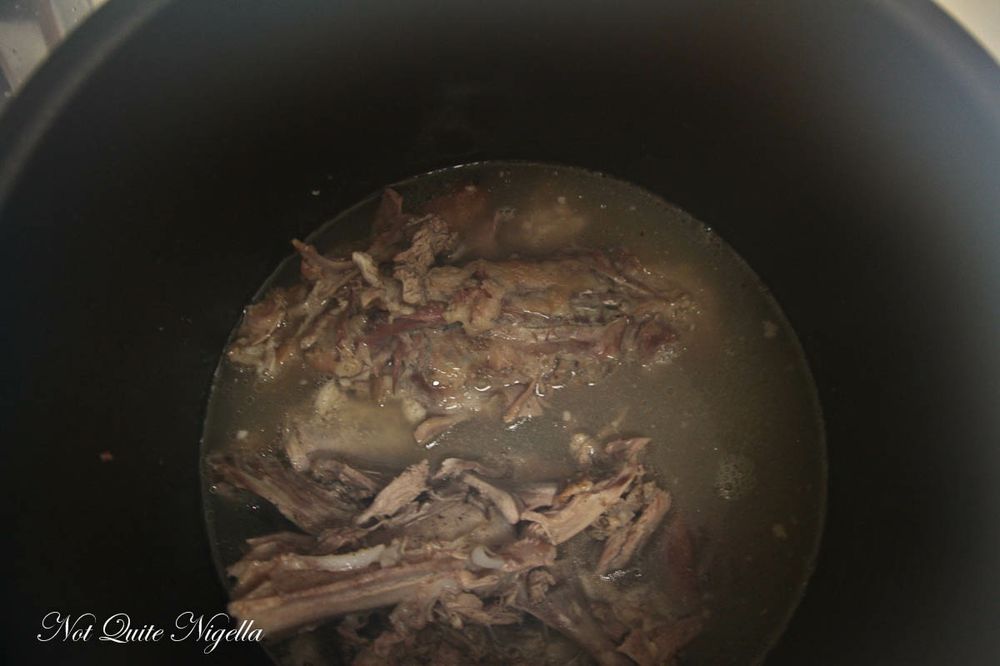 Step 2 - When ready, taste the soup for flavour. It may need a little extra salt. Remove the carcass and when cooled a bit, with gloved hands remove any excess meat from the bones. It should come off very easily.

Step 3 - Take two packets of udon and place the noodles in a bowl and pour some water from a recently boiled kettle over them and leave them for 30-60 seconds. You can also make your own udon but that's a time consuming process (but delicious, the recipe for home made udon is here).

Step 4 - Drain the noodles, add them to two serving bowls dividing them in two (I put them in one large serving bowl) and then add the mushrooms, two to a bowl and the leftover meat that you've removed from the carcass. Pour the fragrant, hot and seasoned duck broth over the udon-it will smell wonderful and rich. Slice the duck breast thinly and add the pieces on top of the soup and then add some Thai basil leaves. Add some drops of sesame oil and white pepper. 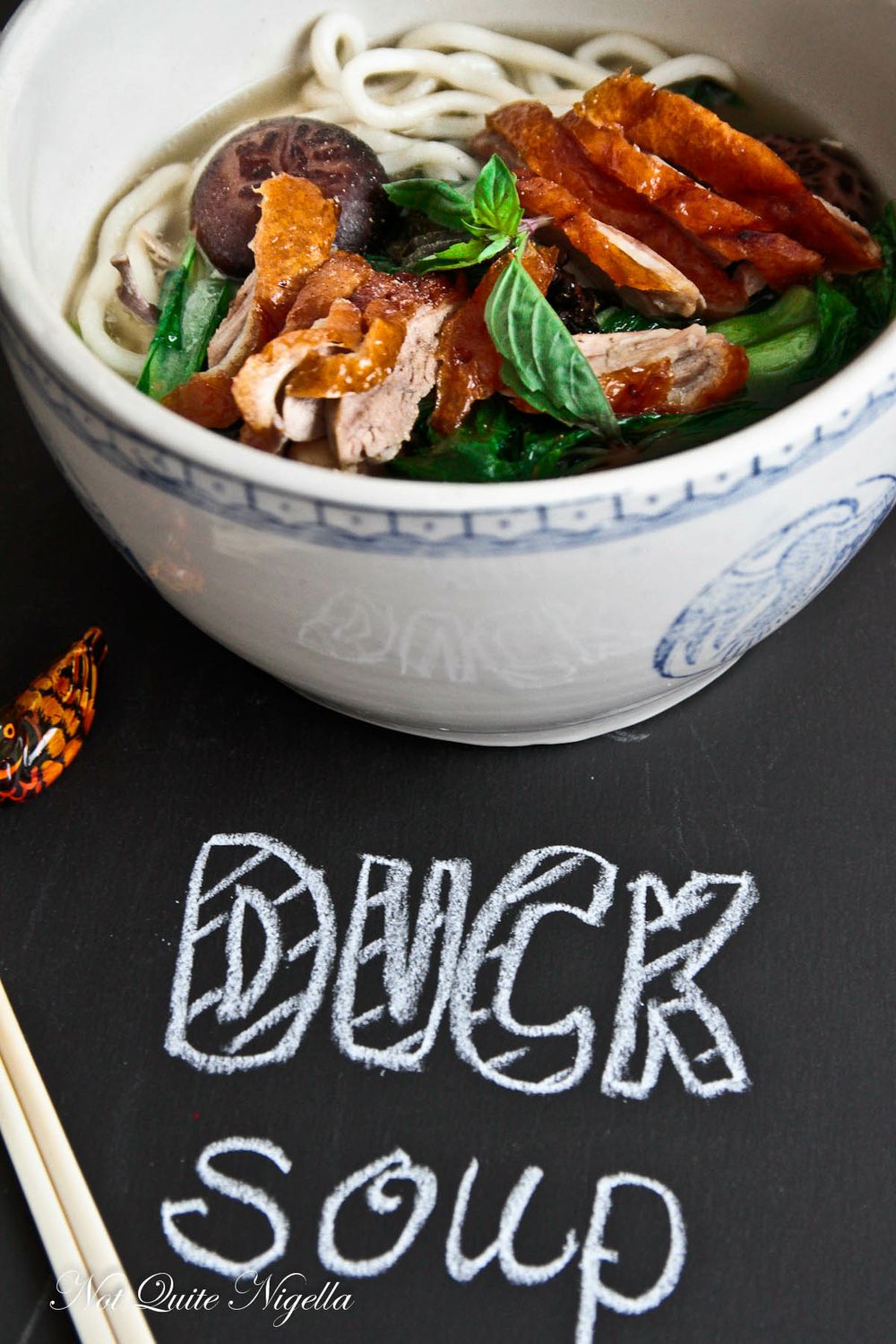