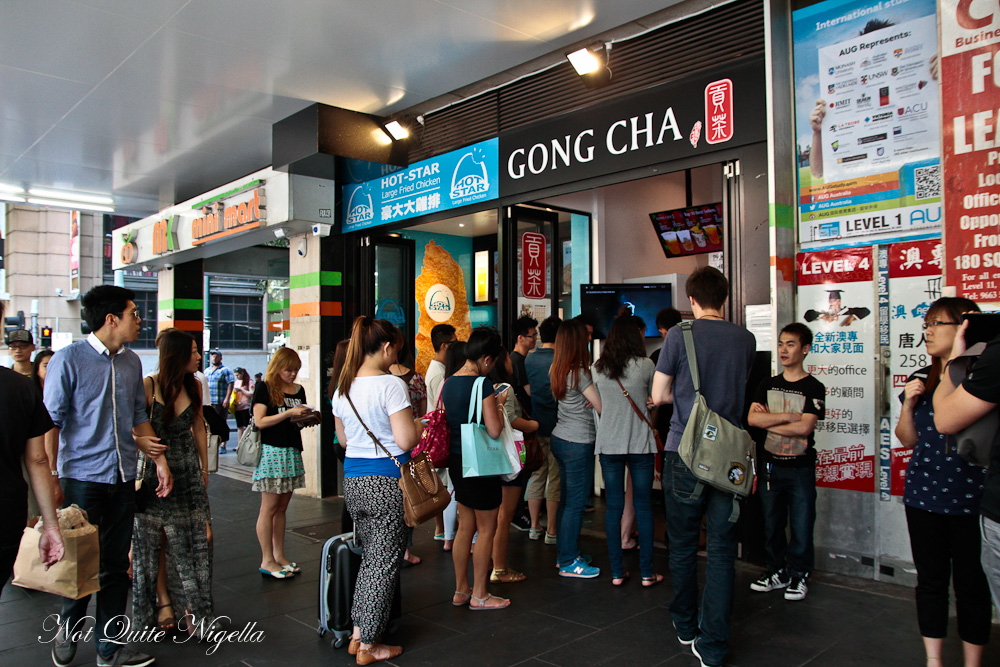 When in Asia, the easiest way to decide where to eat or drink is simply to follow the crowds. It's a neverfail way to bypassing guide books and the reward for the patient queue patron is great food or drink. So it's with relief that I'm on the right track, that I see a queue formed outside Hot Star and Gong Cha. On Melbourne's Swanston Street, Hot Star serves up Taiwanese "large fried chicken" while its sister store Gong Cha sates thirst with tea drinks. And in March Hot Star Sydney opened on Liverpool Street in the CBD. 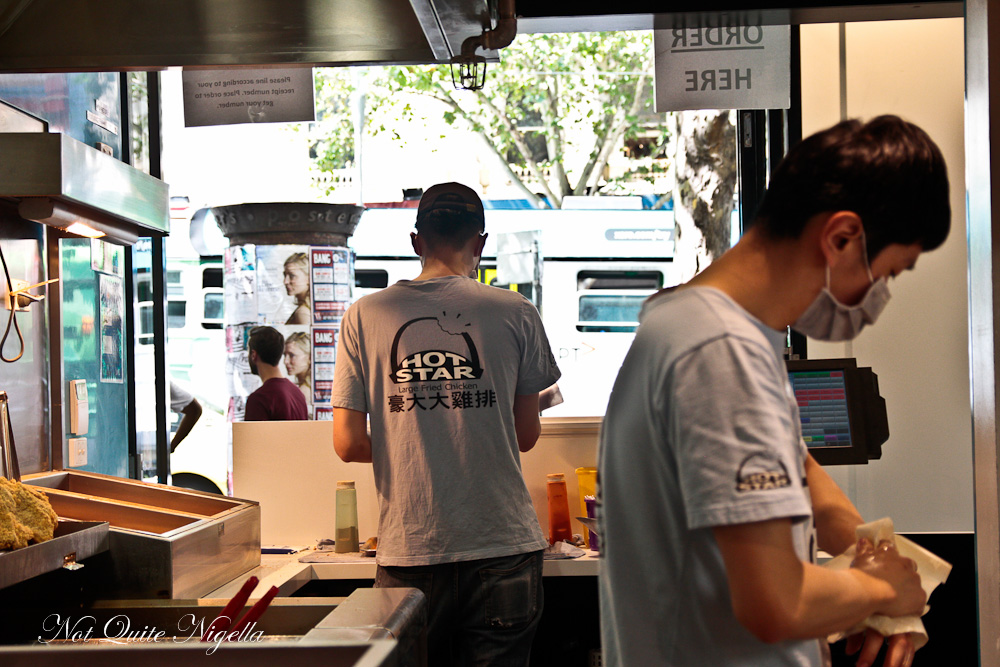 Vivian Lam's family spotted Hot Star's Taiwanese large fried chicken at the Shilin markets in Taipei and brought the Taiwanese sensation back to Australia. The "large fried chicken" is a breast fillet cut away from the bone weighing 250grams or 1/2 a pound and about 30cms or 1 foot in length.

The chicken breast is first marinated in an aromatic mix for 24 hours before being dredged in tapioca flour and then fried in cottonseed oil. A Taiwanese street food, people munch away at the large schnitzel-like piece while walking down the street. 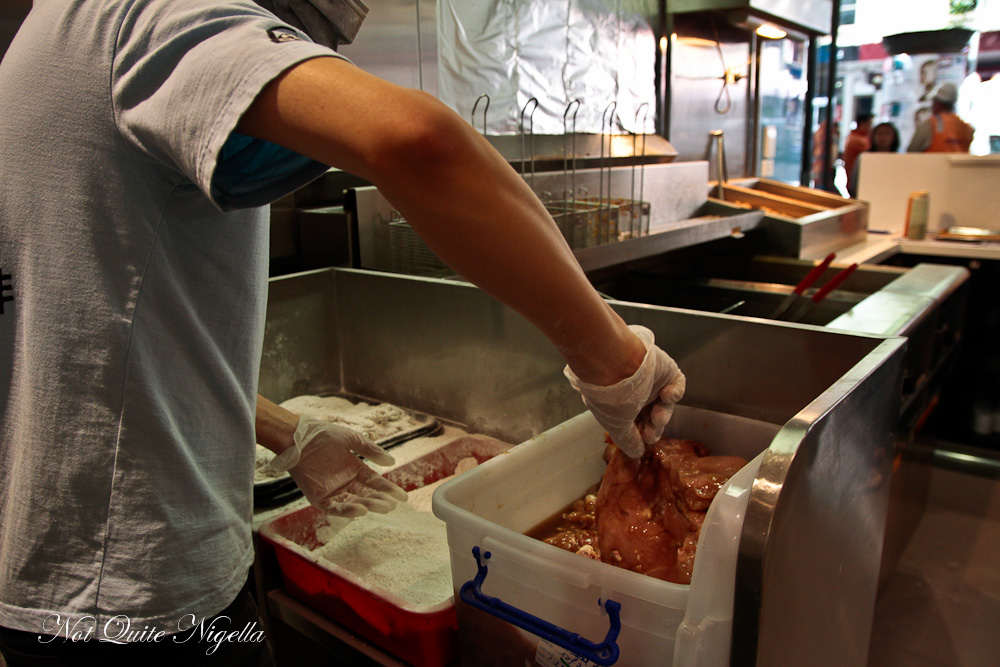 There are five different seasoning types including the most popular "spicy", seaweed, salt and pepper, curry and plum. We try the spicy and curry and they make each to order so that it cooked fresh. 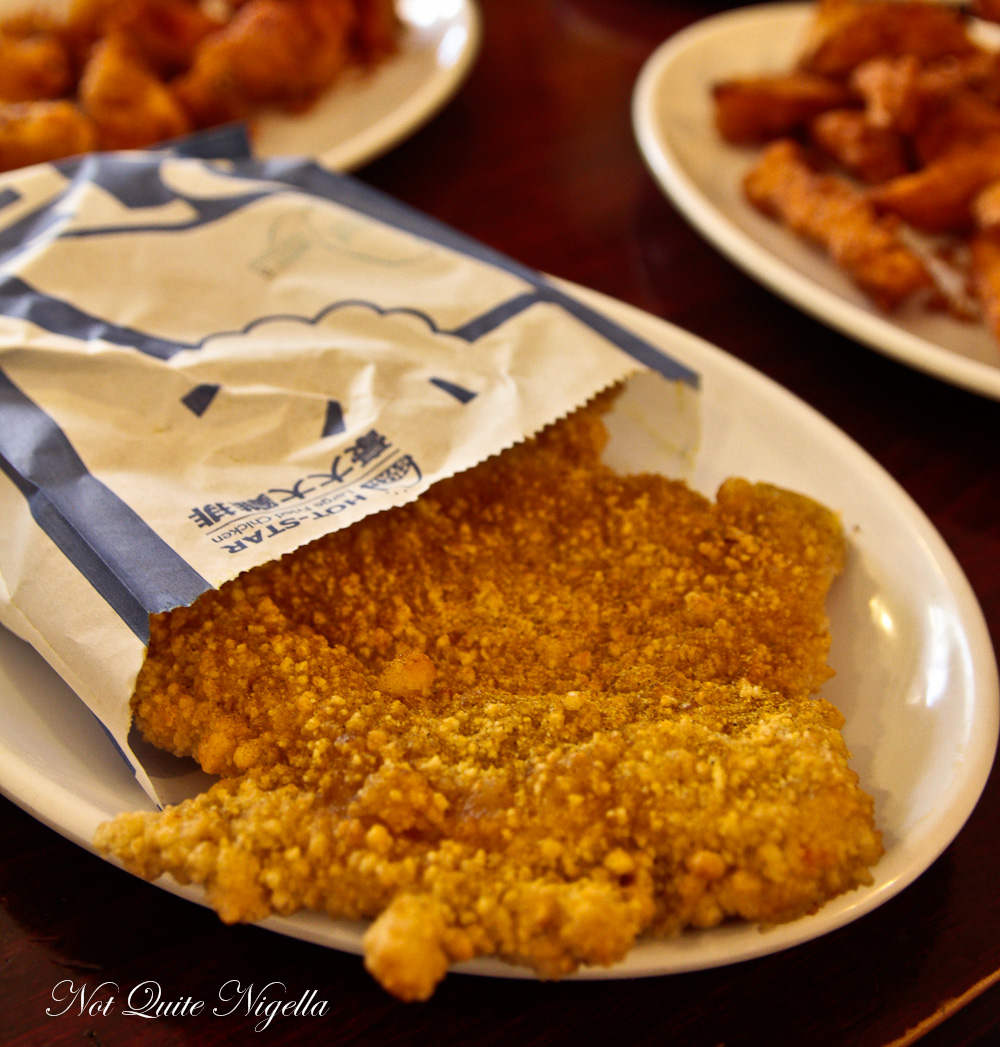 It's hard to decide which I like better but the first thing I notice is that the chicken pieces are indeed large but the bag isn't soaked in oil. Grabbing a piece of the thick corner sprinkled with curry powder, I take a bite. It's crunchy and the curry flavour has that same addictive quality that chicken salt has with a touch of sweetness. The chicken is so moist inside and I go for another piece straight away. 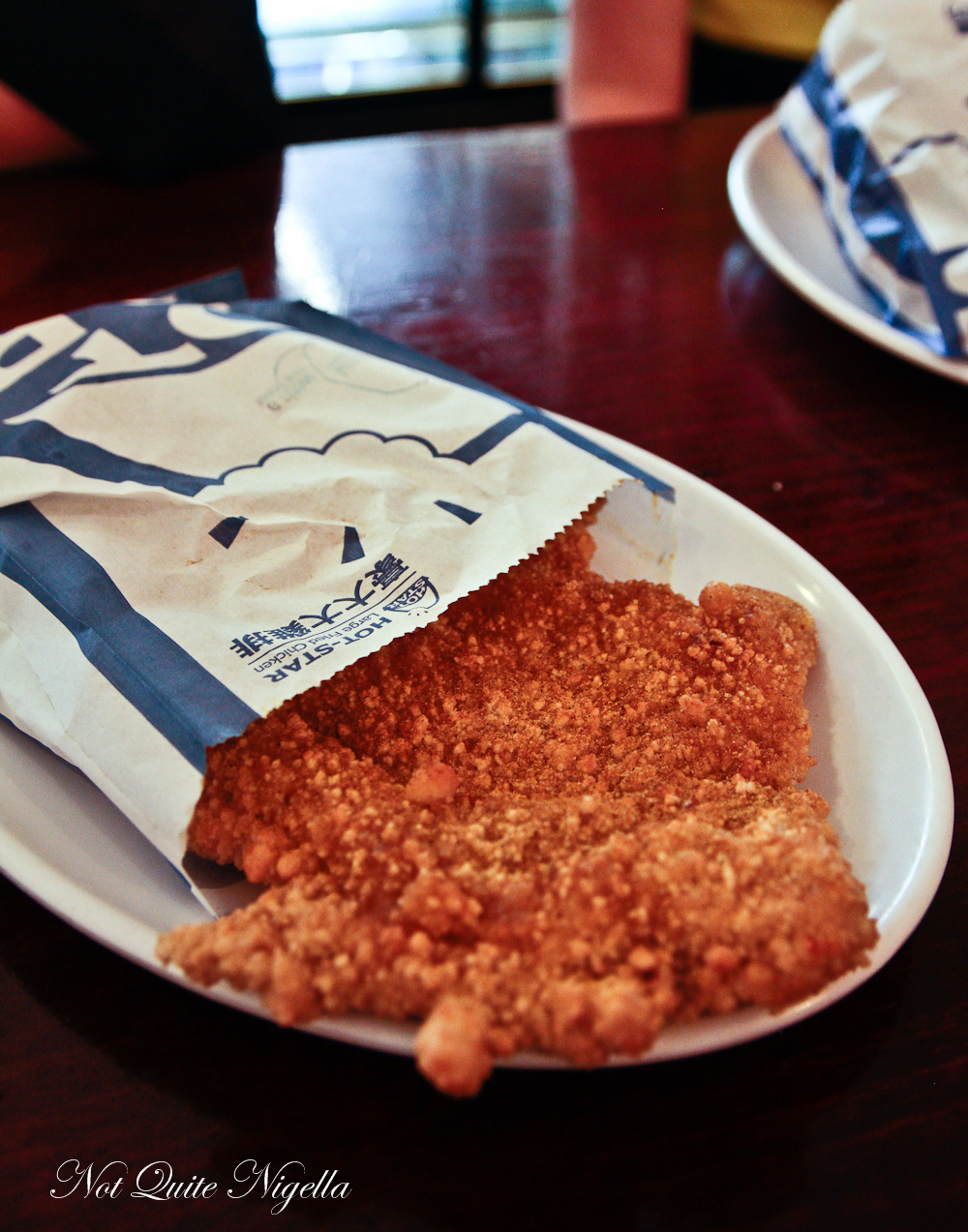 I also like the spicy chicken which is clearly marked on the overhead sign as being the most popular choice. It's lightly spicy and not fire breathing spicy and it's a very close race between this and the curry flavour. 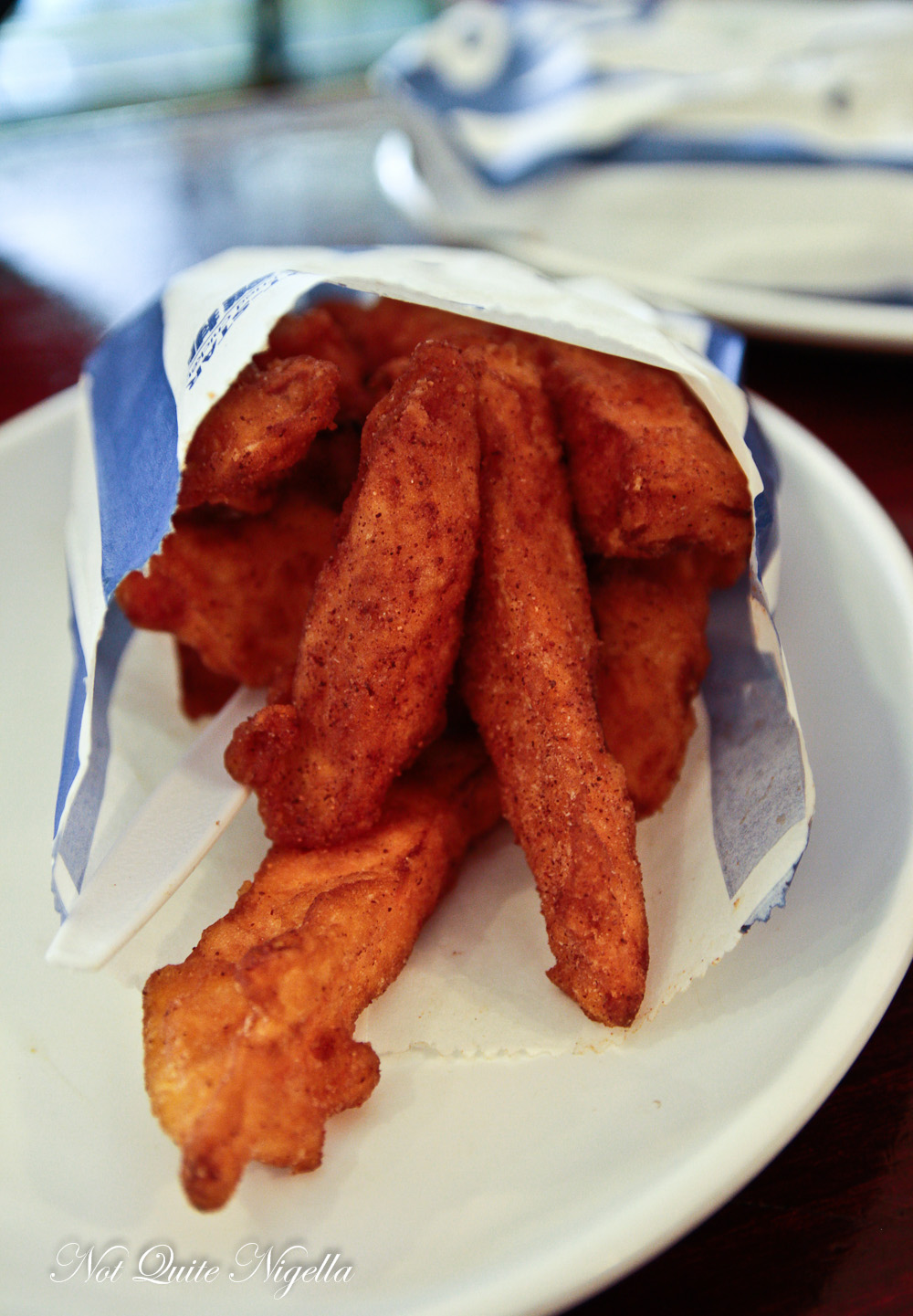 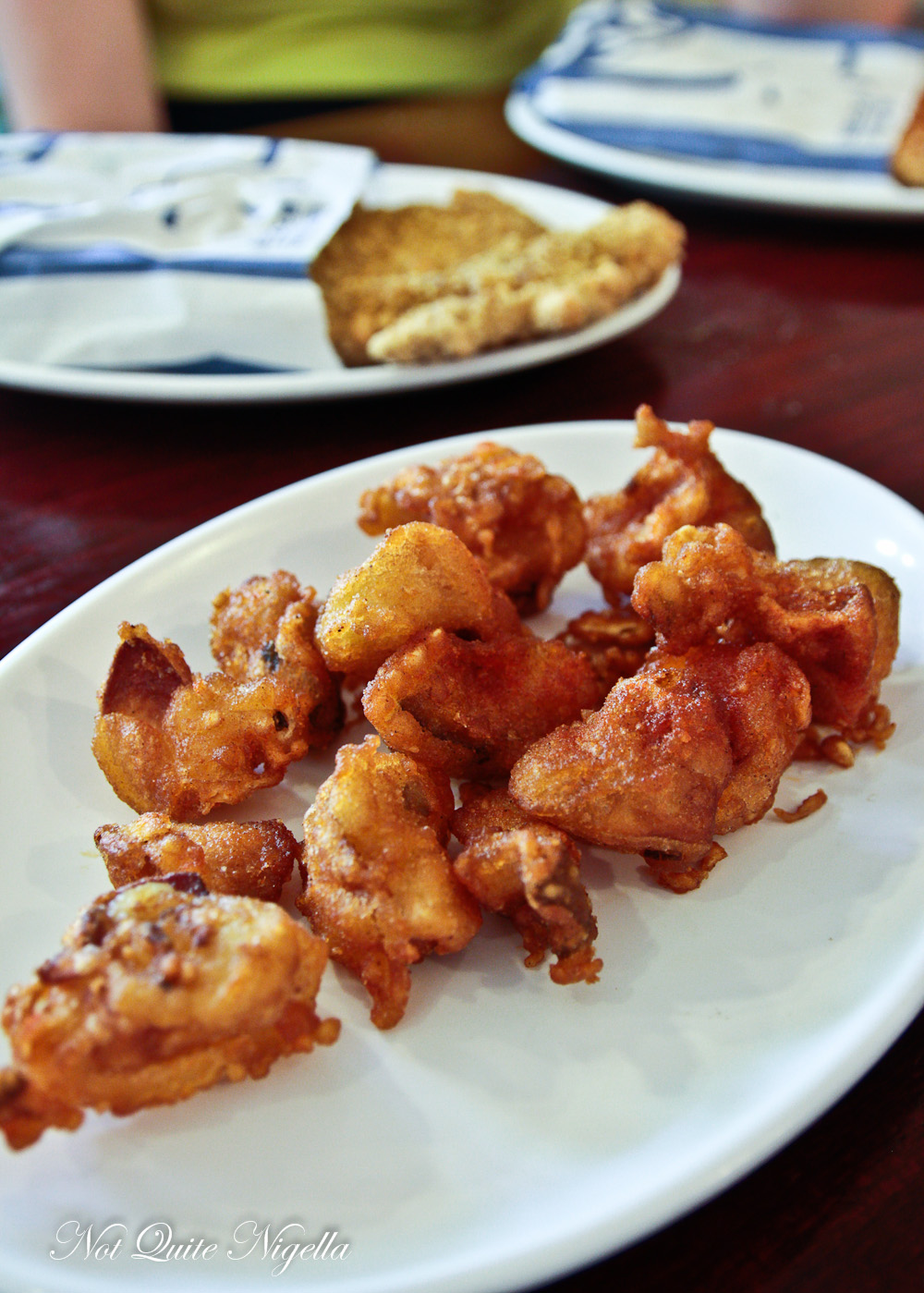 The mushrooms are juicy inside although they're quite similar to other deep fried mushrooms. The chicken bites are a bit on the dry side and I go straight back to the curry chicken and spicy chicken. 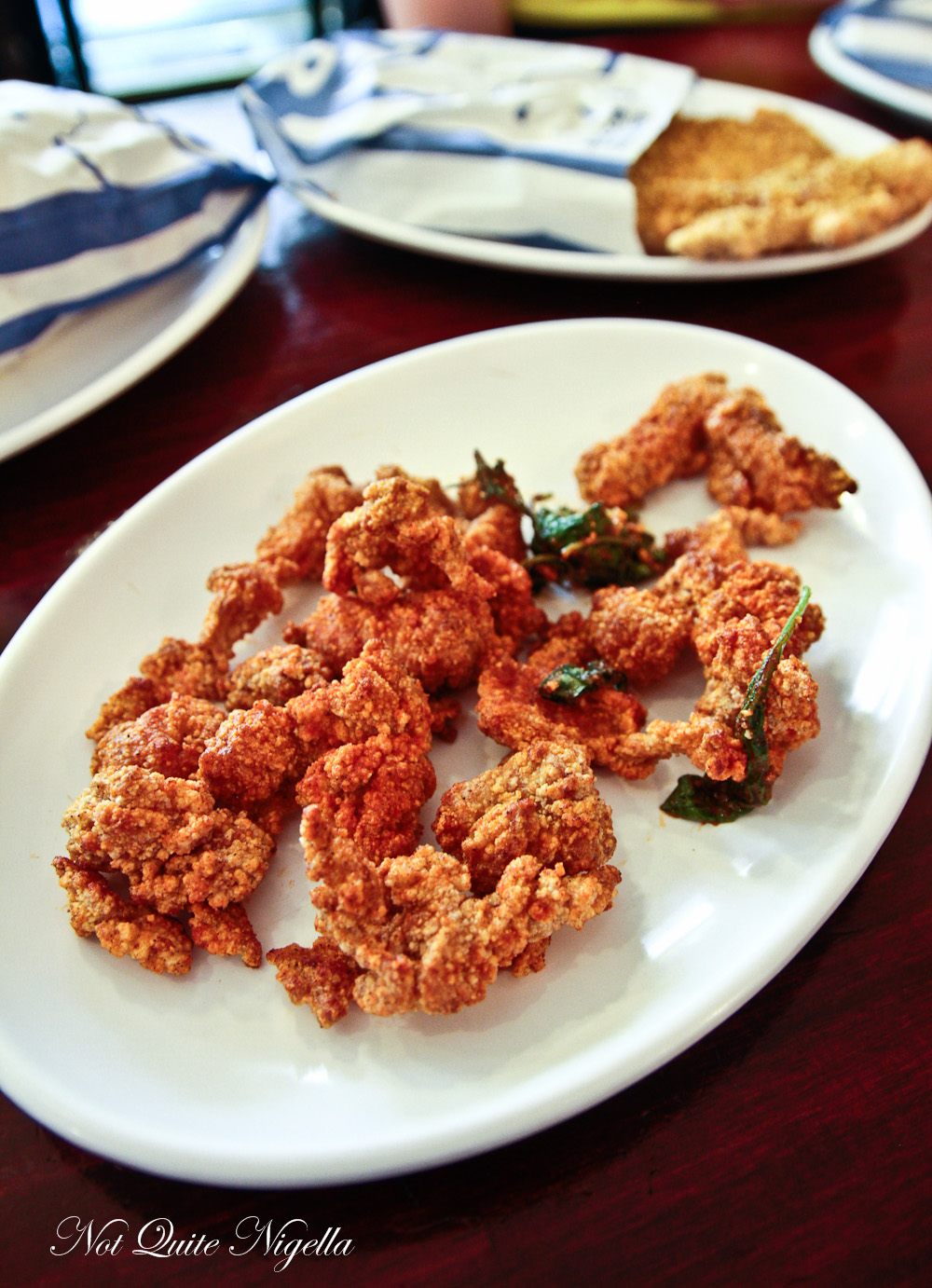 Next door is Mekong, Rice Paper and Gona Cha also owned by the Lam family. To go with the chicken, we grab drinks from Gong Cha. I choose a matcha red bean drink which has sweet red adzuki beans at the bottom instead of sago pearls. It's milky rich and the beans give a nice sweet burst at the bottom. I go back and forth on the chicken and the drinks and thankfully, by the time I get back to Sydney, the city branch has opened. With long queues of course.

So tell me Dear Reader, do you mind lining up in queues for food? Have you ever joined a queue because it was long and you wondered what was at the end of it? 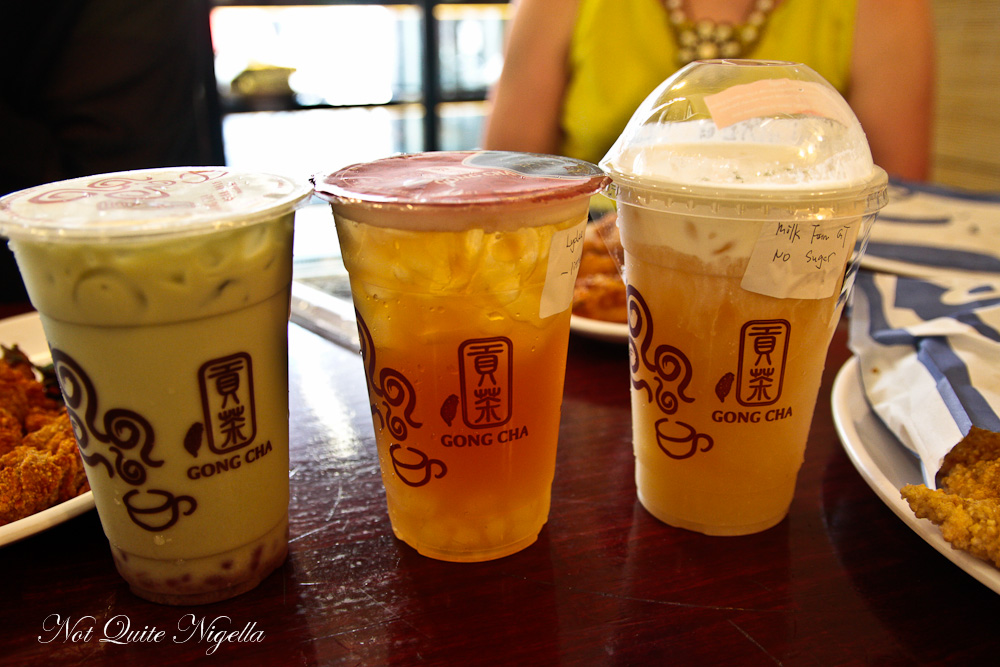