How to Stock a Chinese Kitchen & A Video Collaboration 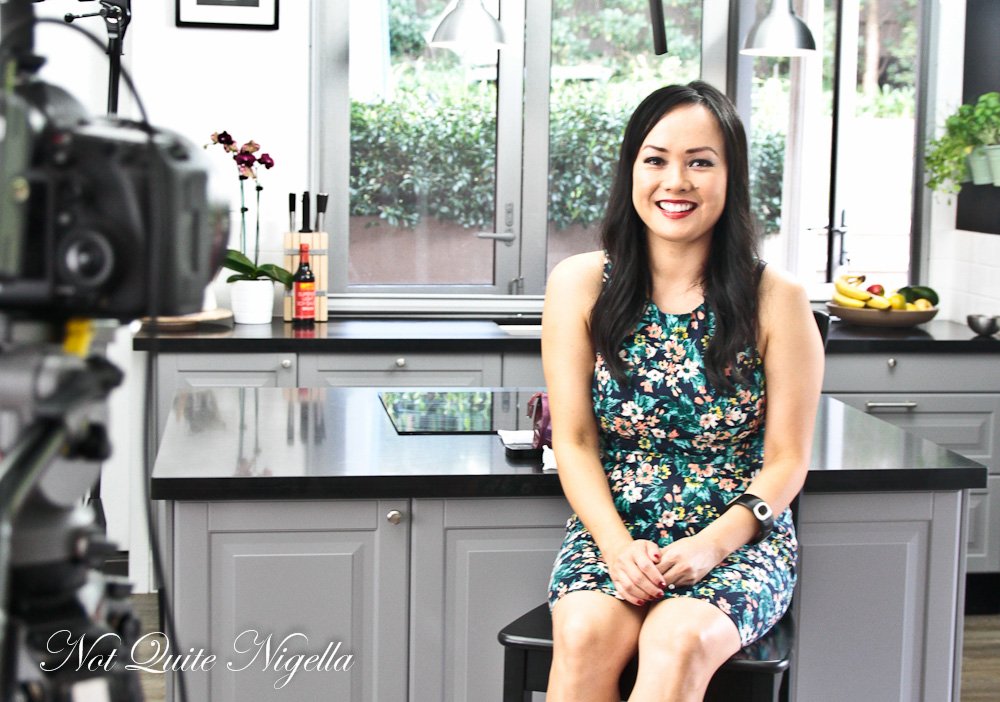 These tips are brought to you by Ikea

Once upon a time, I had an idea for a blog post. It was to answer readers' questions about stocking a Chinese kitchen. Before I started cooking Chinese or Asian dishes I would look at recipes and see a large amount of sauces and ingredients and feel as though it was "too much". What I started to realise when I branched out with Asian recipes is that there are a lot of ingredients in common and that once you stock your pantry well you can make a huge repertoire of Chinese or Asian food. So that's what I'm sharing with you today along with some great weeknight Chinese recipes.

One thing that makes Asian food so popular here is the fact that it's quick and easy for a weeknight meal. When I was growing up, when I got home from school my mother would have a neat set of plastic takeaway boxes filled with chopped and diced ingredients. These would go into dinner and little did she or I realise that what she had was a "mise en place." 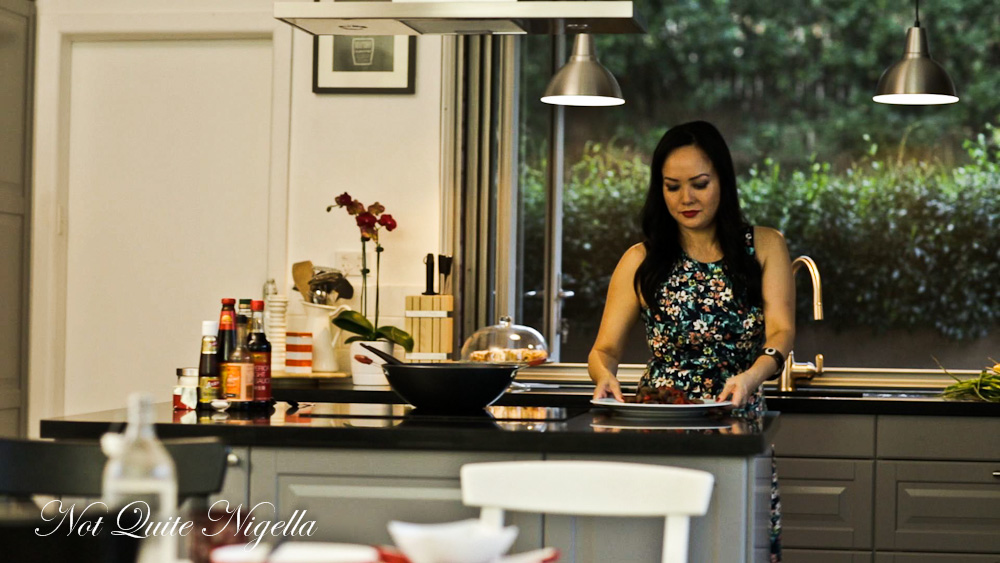 I never really quite appreciated how she would manage to make three separate dishes every night after spending a day at work but it was having the mise en place and a good range of week day evening dishes that allowed her to do this. I won't say that cooking for us was a pleasure but it made it less of a chore. Another thing that I take for granted is being familiar with the ingredients. I grew up with them but for others, it's not really second nature and that's where IKEA thought that I could share them with you.

A couple of weeks ago I got to work with one of the world's favourite brands IKEA. They asked me to share a couple of my recipes including an Asian dish called Beef Salpicao and my favourite one bowl pear cake. I spent the day in working in an Ikea kitchen in Pagewood and got to explore around the kitchen. This is a much larger kitchen than mine and it had an enviable amount of storage (sob sob swoon!) and some really clever solutions. My favourite feature was the pull out pantry which I also have at home, the spice rack, herb pot, drawer dividers and the chalkboard wall. Take a peek at the video that we shot. 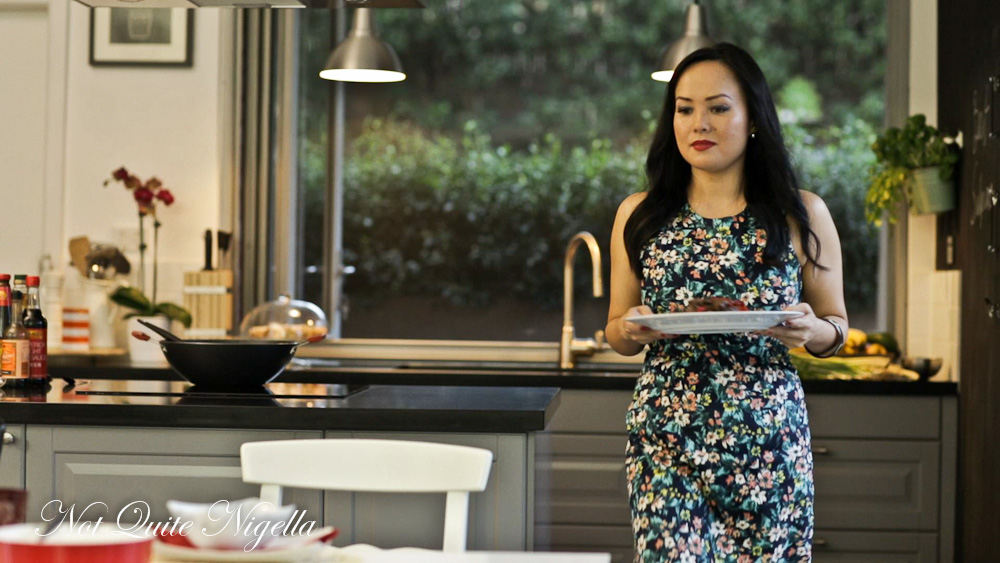 We shot the cake first and then the beef salpicao. The flavour base is made up of three ingredients: soy sauce, oyster sauce and Worcestershire sauce. I think everyone was surprised that a tablespoon of each produced such a versatile, delicious sauce. 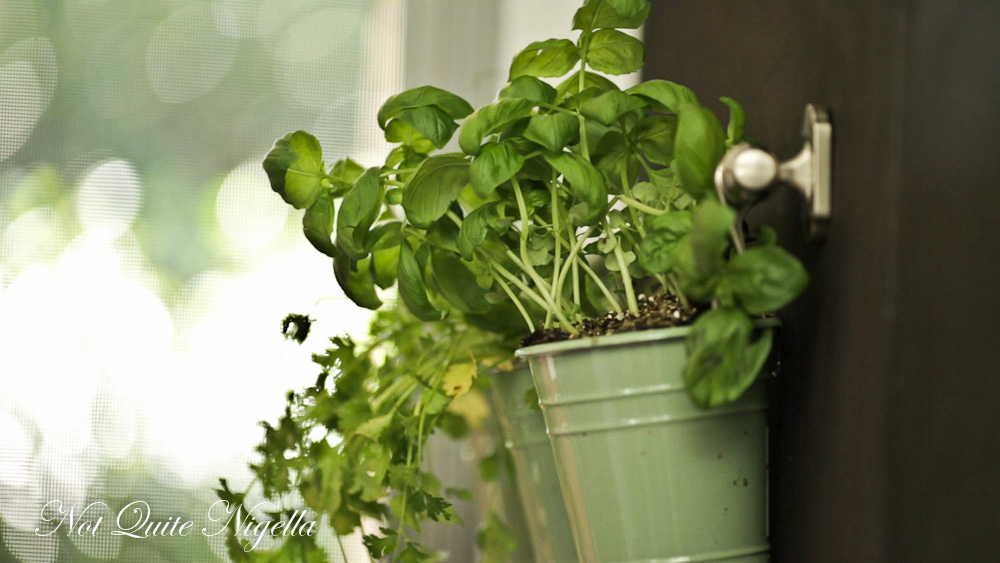 Which brings me to my suggestions for stocking a Chinese or Asian kitchen. Here are the items I recommend having to hand for a basic Chinese kitchen. Asian cuisines differ and each cuisine has its own set of ingredients. For example, if you like to cook Thai food, you would also use palm sugar, coconut milk, kaffir lime and lemongrass but this is a really good start for stocking a Chinese kitchen. 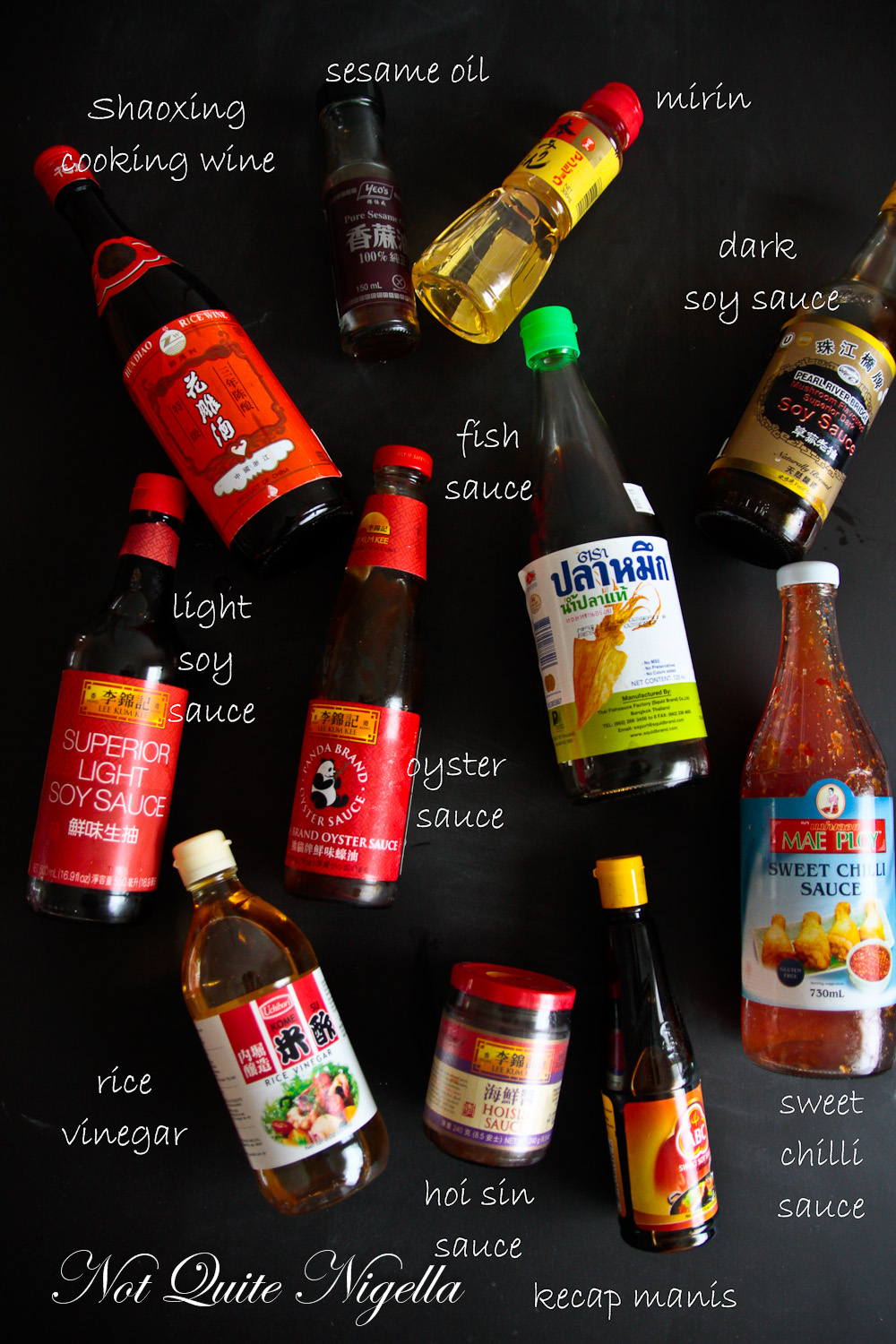 Sesame oil: My mother finished many of dishes with a dash of sesame oil and white pepper. Smokey and aromatic sesame oil adds a fragrant finishing touch to many dishes. I never make a noodle dish (dry or soup) without finishing it with this.

Mirin: a Japanese rice wine with a very different flavour from Shaoxing cooking wine. Similar to sake but with more sugar and less alcohol.

Kecap manis: This is a thicker, more viscous sweet soy sauce from Indonesia. It's great drizzled on a pan fried salmon fillet for a quick dinner.

Rice vinegar: Japanese rice vinegar is useful for flavouring sushi rice as well as in dressings. It's a very light, delicate vinegar in comparison to Western vinegars.

Fish sauce: Thai fish sauce is the pungent sauce used in Thai cuisine that gives it that distinct saltiness. Once combined with other flavours, the aroma becomes less aggressive.

Dark soy sauce: I know a lot of people have asked if this is necessary in a recipe when I've included it. Dark soy sauce is thicker and darker than regular soy sauce but also gives a really strong, dark colour. It's mostly used for colouring and is less salty than light soy sauce. Keep in the fridge once opened.

Hoi sin sauce: There are a lot of pre made sauces in Chinese cuisine available and I use hoi sin sauce a lot as it goes well with roast duck on Peking pancakes but it is also an ingredient in sauces or brushed over roast meats. Keep in the fridge once opened.

Oyster sauce: Another great sauce for stir-frys and I sometimes use it on its own. You can also buy a vegetarian version of oyster sauce. Keep in the fridge once opened.

Sweet Chilli Sauce: A very sweet and usually not very spicy chilli sauce from Thailand. I don't know if this is strictly part of a Chinese kitchen - I have it because I'm sure most Australian households have a bottle of it alongside their tomato sauce. Keep in the fridge once opened. 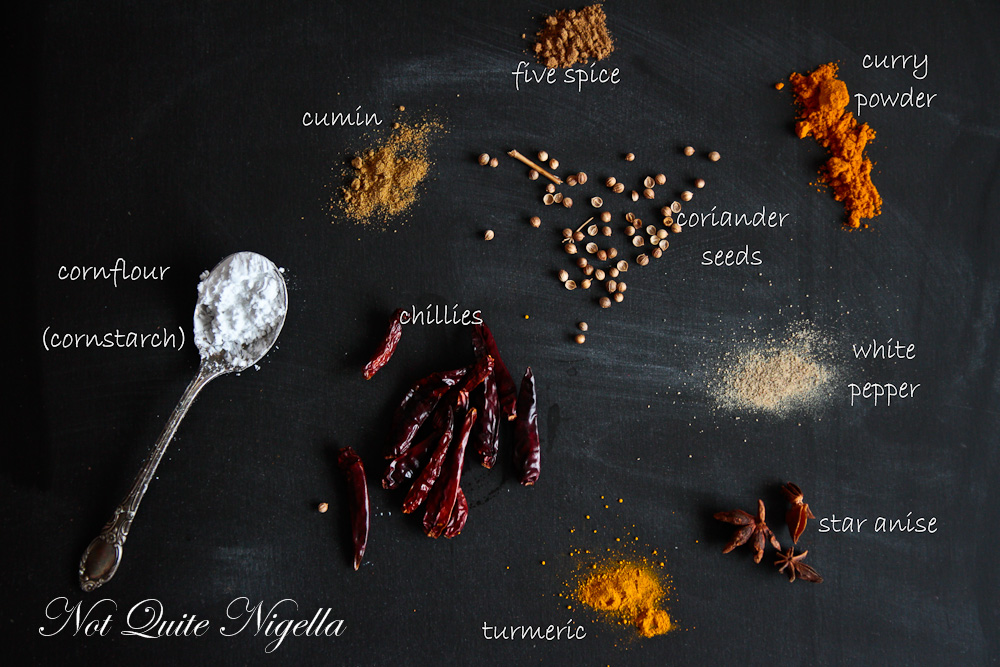 Cornflour: Many Chinese dishes have a sauce served with them and they are thickened up using a combination of cold water and cornflour or cornstarch.

Cumin: I use the aromatic spice cumin although my mother doesn't. I like a little pinch in a spice mix although I must admit that I find too much cumin reminds me of sweaty men.

Five Spice powder: Made up of star anise, cloves, cassia, Sichuan peppercorns and fennel seeds, it makes for a great rub on pork.

Curry Powder: Curry powder varies greatly depending on the brand. My mother swears by Baba's curry powder that she would bring back from Singapore on every visit until it was available here. It's one of the ingredients in her Singapore noodles.

White pepper: It was only when I was in my teens that we actually bought black pepper. White pepper has such a different aroma to black pepper and it polarises people with its sharp bite. I can't imagine not having it in some Chinese dishes though.

Star anise: One of my favourite spices, star anise adds so much aroma to a dish.

Turmeric: touted as a superfood, turmeric is said to help with alzeimers and is used as an inexpensive substitute for saffron.

Chilli: Dried or fresh, I couldn't live without chillies.

So tell me Dear Reader, do you eat or cook Asian food very much? What sauces or spices do you use the most? And what is your favourite feature of your kitchen?

For Chinese recipes using the ingredients above: