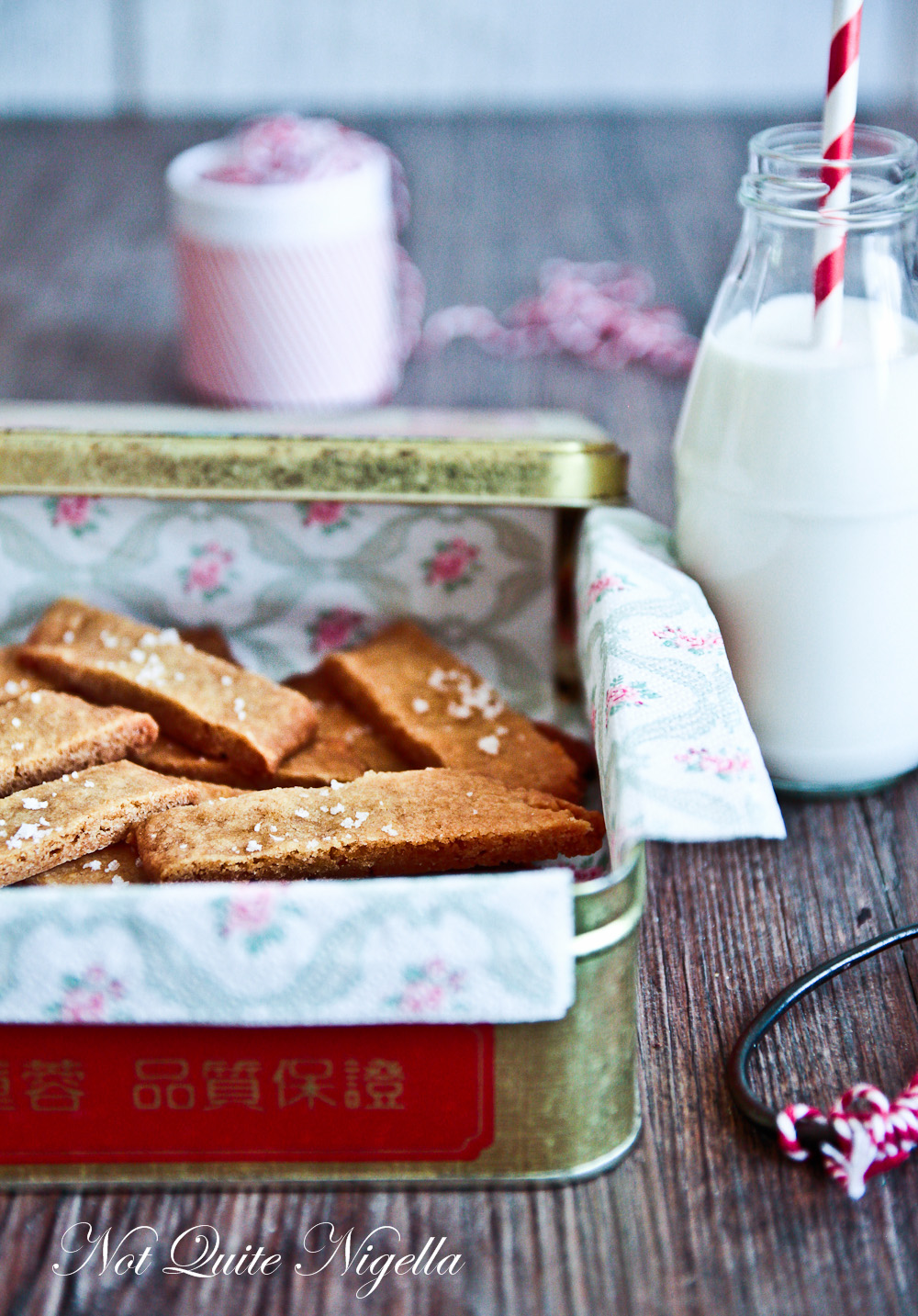 During my travels, I am often paired together as a blogger among a sea of travel and food journalists. Many are nice, some are not so friendly at first but most tend to come around when they realise that bloggers aren't bludgers and that we work really hard when we're on a trip, often working longer hours than they do.

Some journalists are quite befuddled by social media. One that I met decried it with a dismissive hand. She said that she didn't understand twitter and didn't see the point of it. I found it an amusing and interesting glimpse into the way that some think. I for one love twitter and to me what you get out of it is only as good as the people you follow. 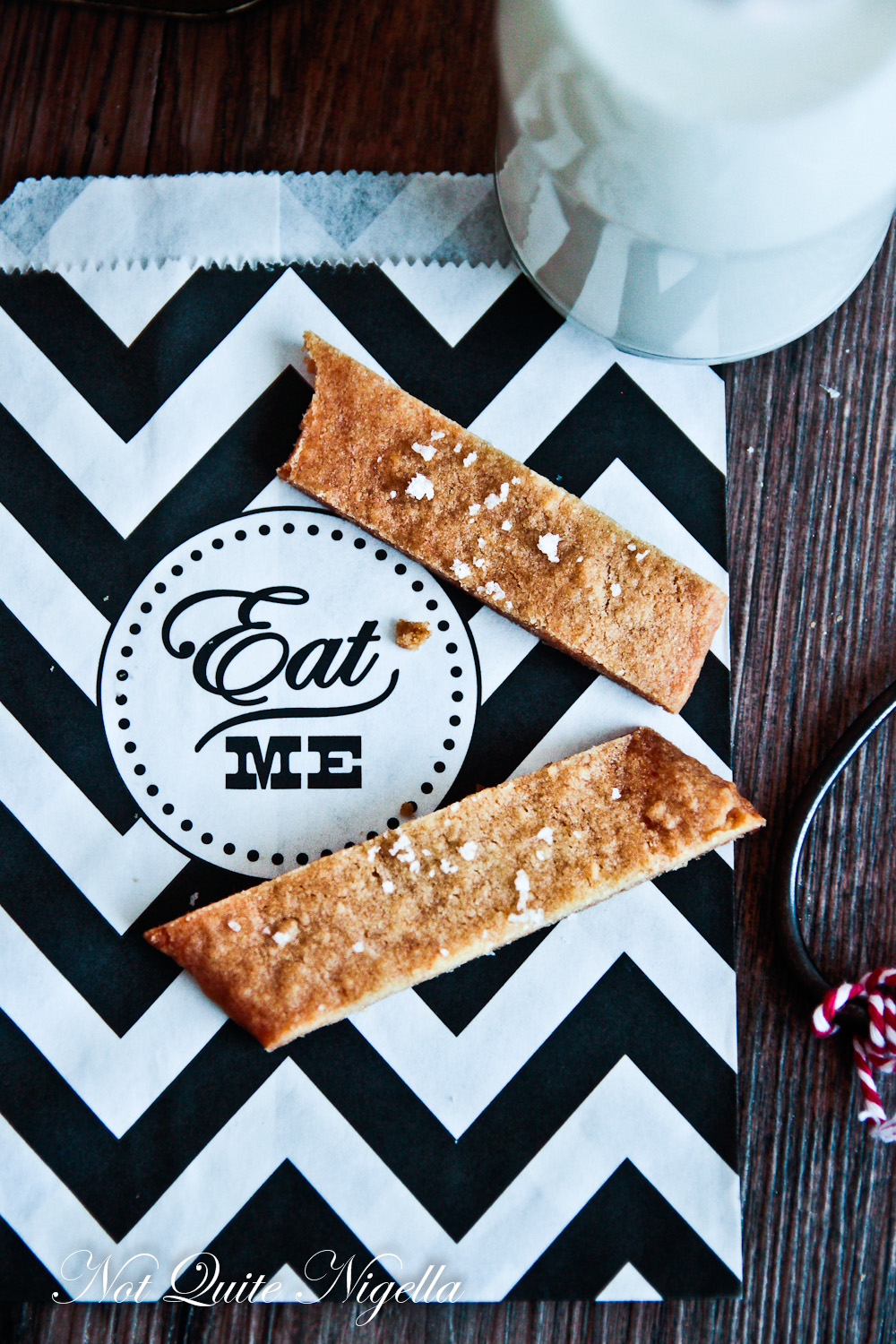 I don't get the luxury of just reading my twitter feed all day but I do pop onto it several times during the day and I love what I read. And one evening I saw Hanna's link for Swedish butterscotch cookies with sea salt. I clicked on it and saw that it was a very simple recipe with great reward - my very favourite ratio where the taste far outweighs the effort.

Apparently these cookies are a very popular and common cookie in Sweden. The dough is straightforward to make. Shaping it the traditional Swedish way I cut the ball of dough into four. I then shaped the dough into logs and flattened it. Once baked, I sliced these on the diagonal to make that distinct long cookie shape. The golden syrup, sugar and butter combine beautifully to create a distinct butterscotch flavour while the sea salt adds that lovely balance in a similar way to salted caramel.

These cookies crisp up beautifully. I didn't expect to like these as much as I did but I scoffed all of the end cuts and then doing a superb impression of the cookie monster, I went back for more. I had to resort to gifting these to friends that evening! And Dear Readers, this is definitely one of those pushy recipes that I urge you to make. You'll either thank me because they're so delicious or curse me when you can't stop eating them!

So tell me Dear Reader, which forms of social media are you on and do you have a favourite? And a least favourite? Feel free to leave your accounts here too so that we can all see them! :) 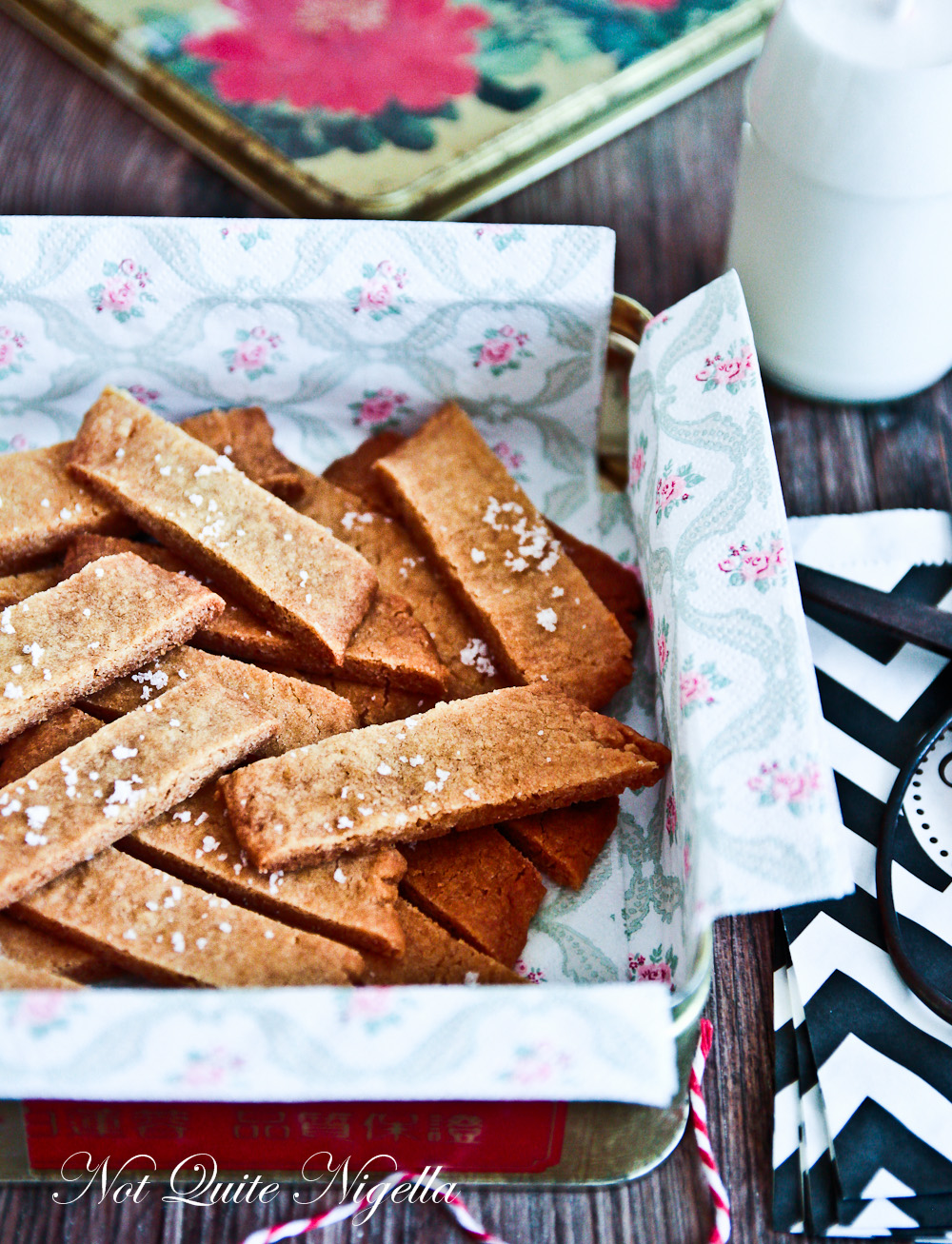 Adapted from Scandelights (originally translated from Anna at Vasabladet)

Step 1 - Preheat oven to 175C/347F. Line two baking trays with parchment. Beat the butter, golden syrup and sugar until pale and fluffy. Add the vanilla, flour and baking powder and mix together in low speed until just combined. 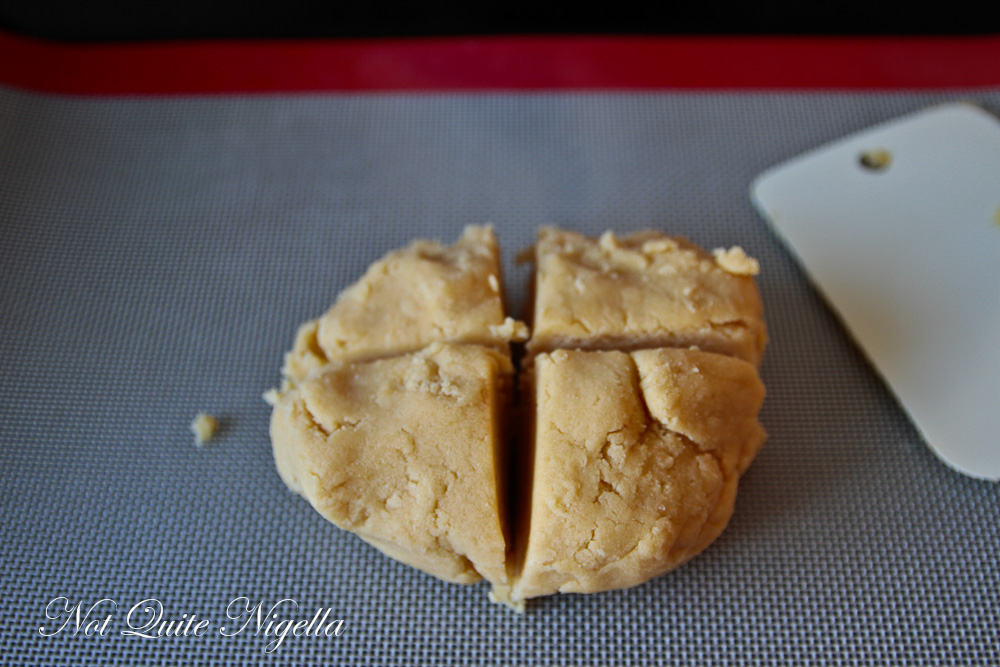 Dividing dough into four - you probably didn't need a caption for that did you? ;)

Step 2 - Divide the dough into four and roll each quarter into a log. Flatten with your palm - you don't need to flatten it too much as they will spread a bit. Sprinkle with salt. 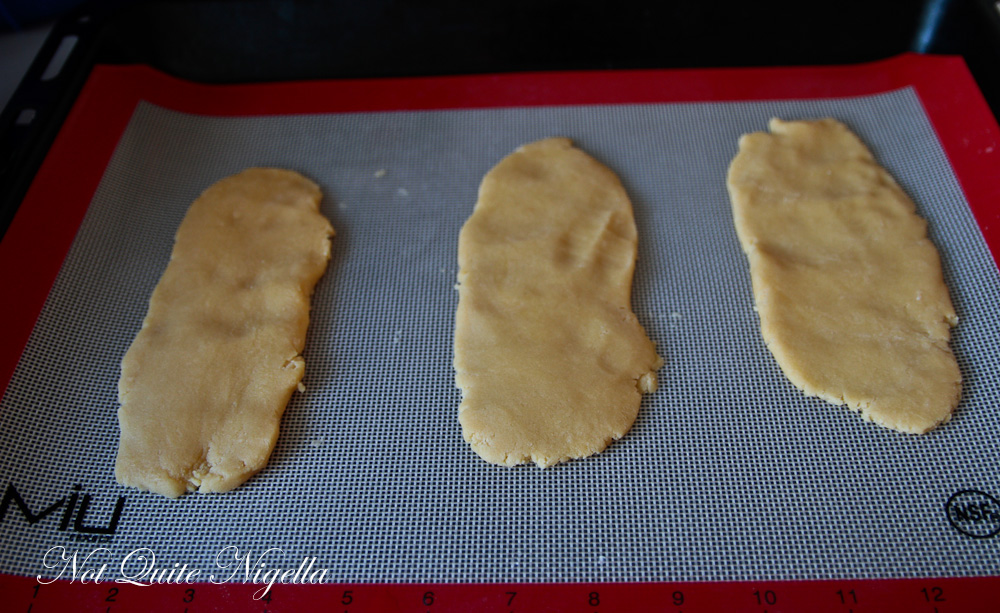 Flattening into a rectangle - ish...

Step 3 - Bake for 15 minutes. Cool for 7 minutes (I don't mean to get weird with times but you want them to harden up a little but not too much). Slice on the diagonal and allow to cool completely - they will crisp up on cooling. 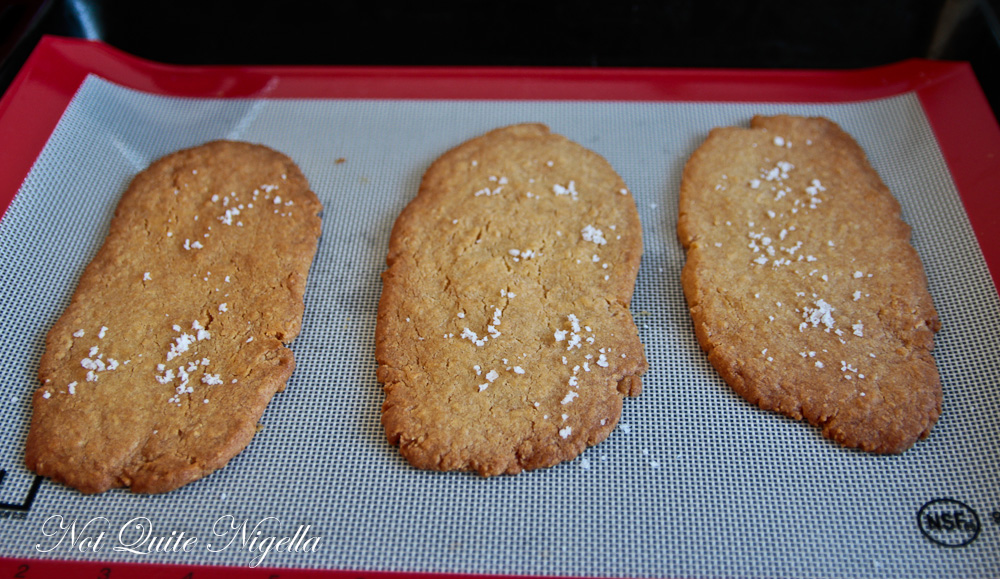 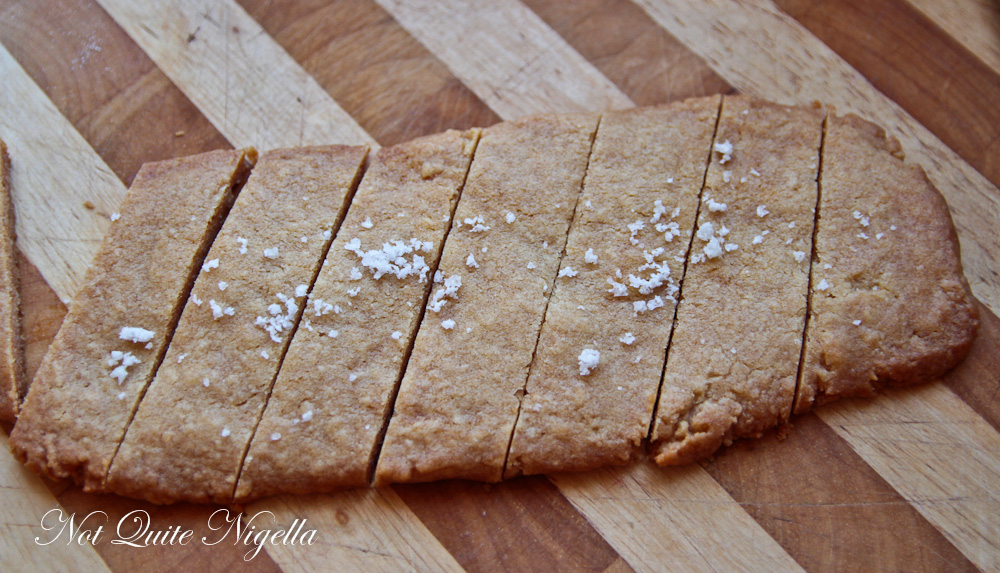