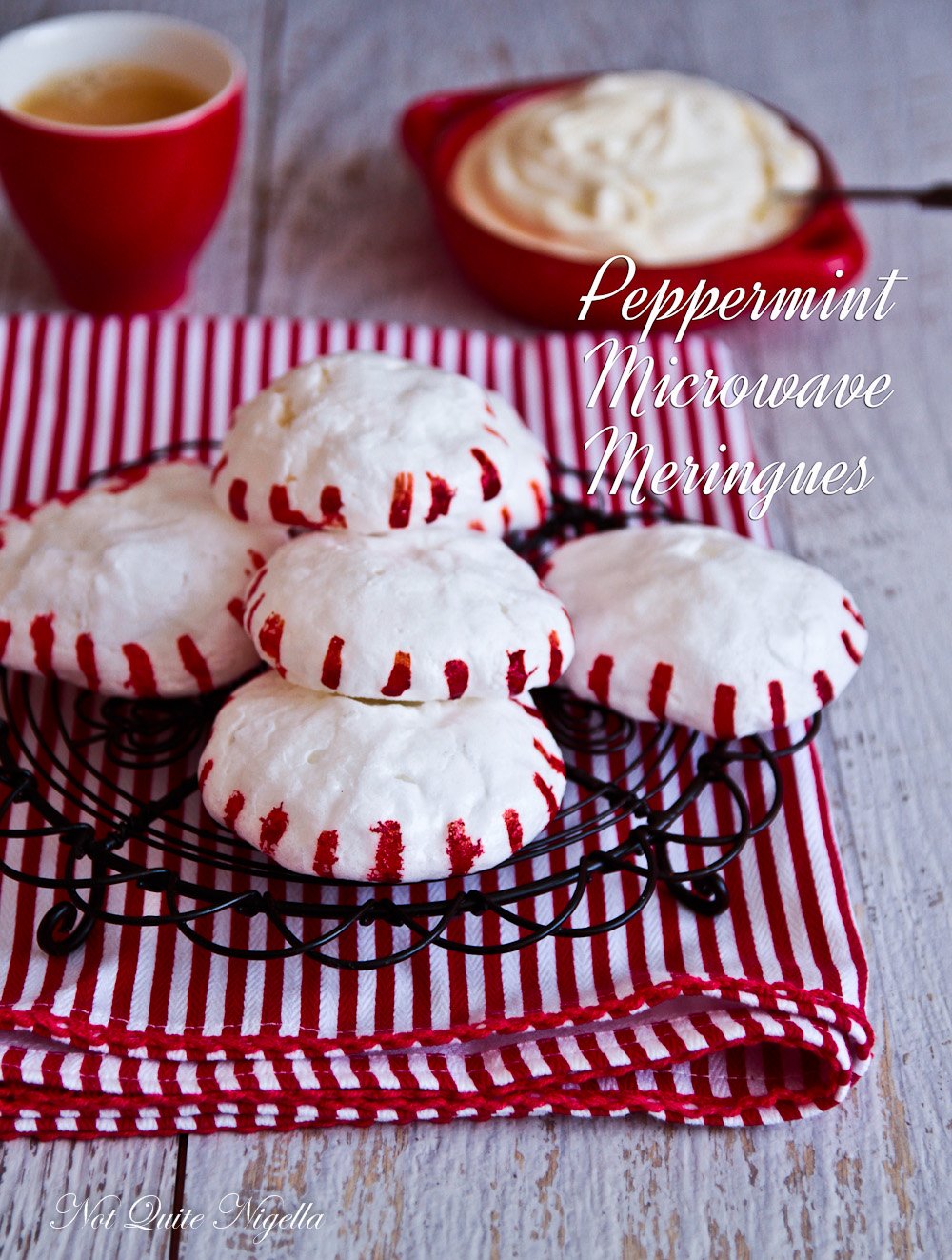 Dear Reader, I married an experimenter. For example I look out onto the window when I'm washing dishes and there are some planter pots in front of me. Occasionally I will find a radish growing there or a stalk of aloe vera.

"How did this get here?" I'll ask out loud and Mr NQN will pipe up that he planted it there. He's tried planting pretty much anything with a top, roots or stalk. Most of them don't really take to growing but there is one plant that grows up to a metre tall. I have no idea what it is nor does Mr NQN remember. Perhaps it's a triffid. 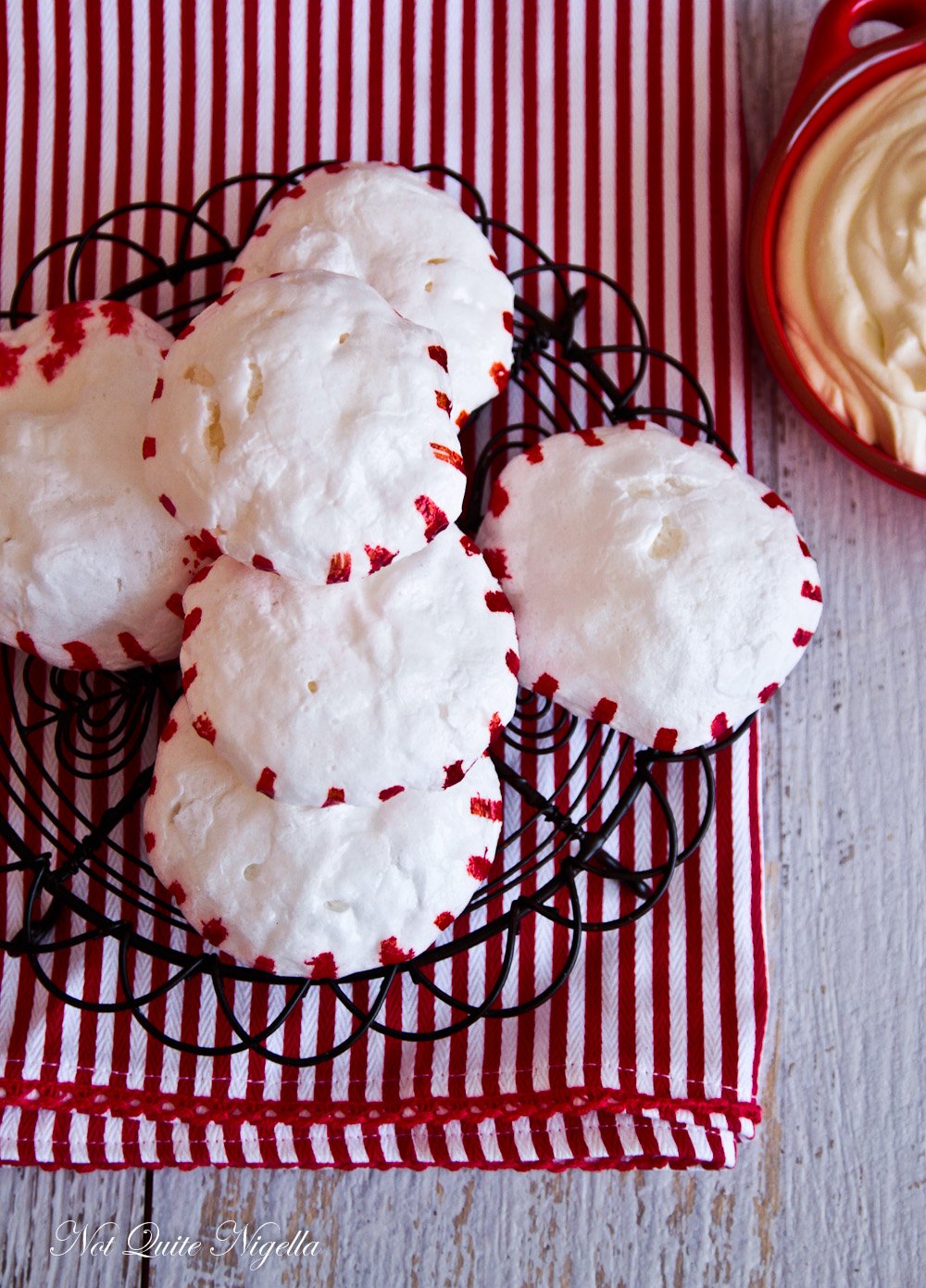 I prefer culinary experimentation more than the gardening kind and when I came across a recipe for microwave meringues from Jo Seagar's cookbook "A Bit Of What You Fancy" I had to see whether it was indeed possible to make meringues in the microwave. Those that had made them know that you must separate the egg whites from the yolk cleanly and you must whip the whites with sugar until stiff and that you must bake them in a slow oven for a long time to dry them out. That's a lot of musts isn't it?

So I followed Jo's instructions and lo and behold, I discovered that it is entirely possible to make meringues in the microwave! What is even better is that it doesn't require any whisking at all, it's all mixing with your hands. They meringues are cooked hard within 45 seconds which is a jolly lot shorter than in an oven. I made mine peppermint flavoured just because I wanted to give them a flavour. 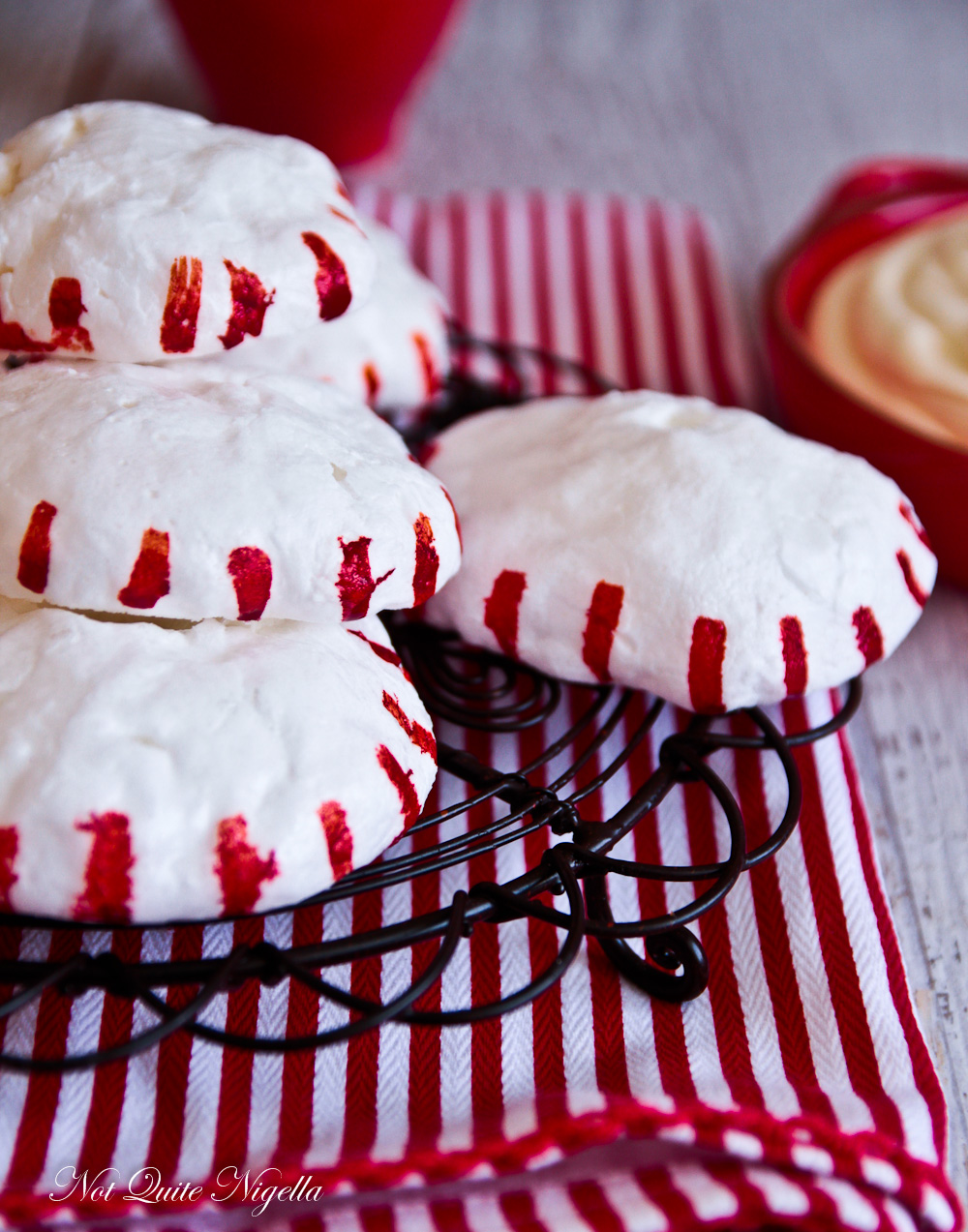 The meringues themselves have a slightly different texture - perhaps a bit more brittle than oven baked ones but nevertheless they taste the same and are slightly less chalky than oven baked ones. I smashed them up and served them as an Eton Mess which is to say that within 10 minutes I had an Eton Mess on the table from beginning to end! And not a single must was involved :)

So tell me Dear Reader, are you a fan of fast home made recipes? Do you use your microwave for cooking or more warming? 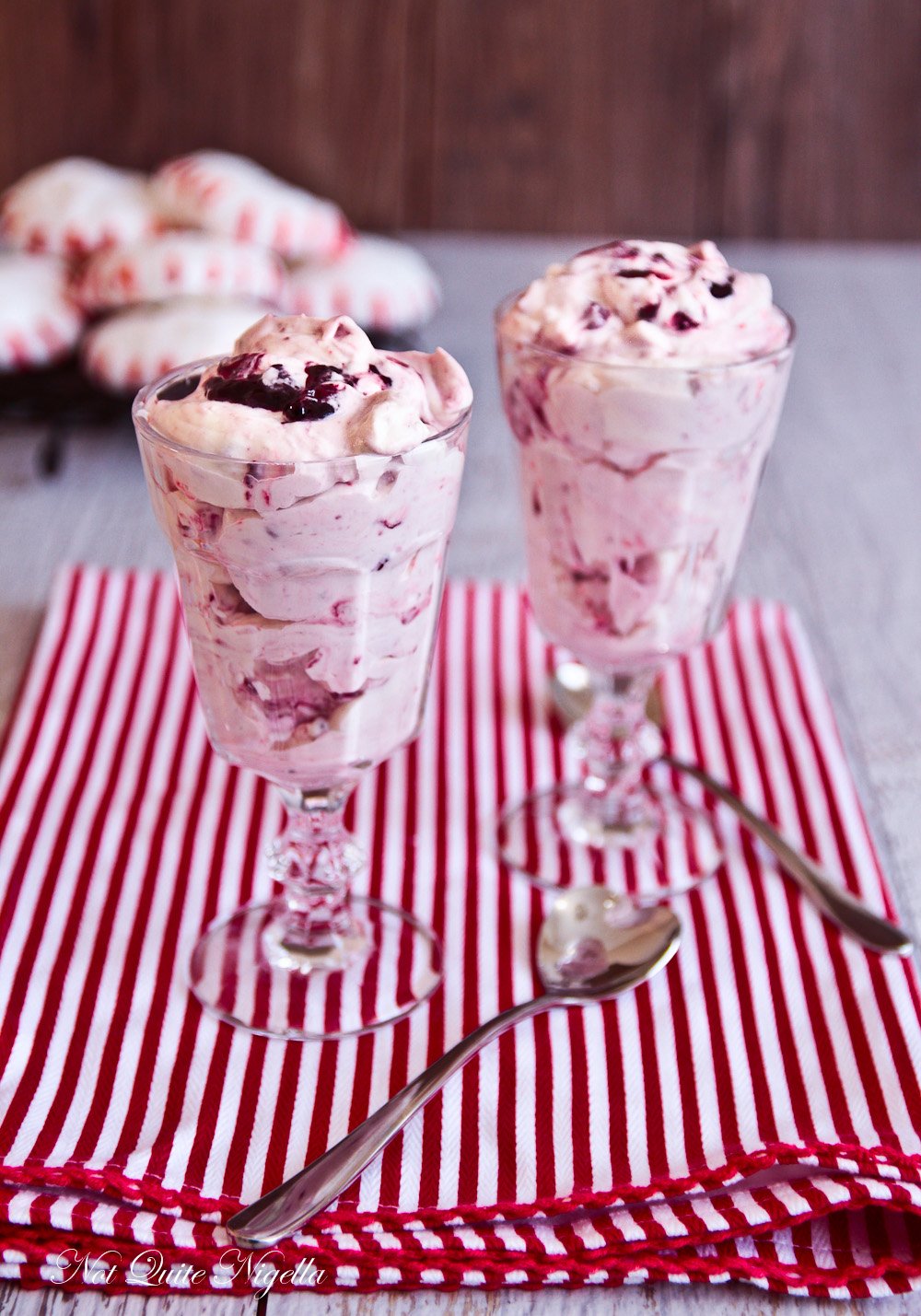 To make into an Eton Mess 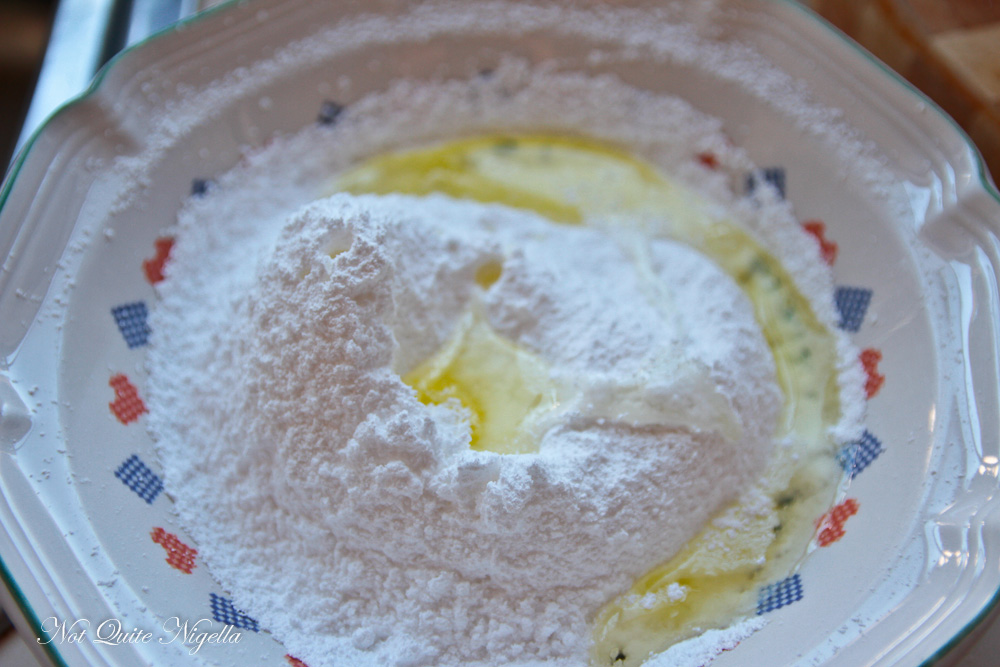 Step 1 - Line a microwave turntable with parchment. Mix the egg white with the icing sugar with your hands. It will be a stiff dough but don't add water or an egg white. Add the peppermint essence and shape into a log. 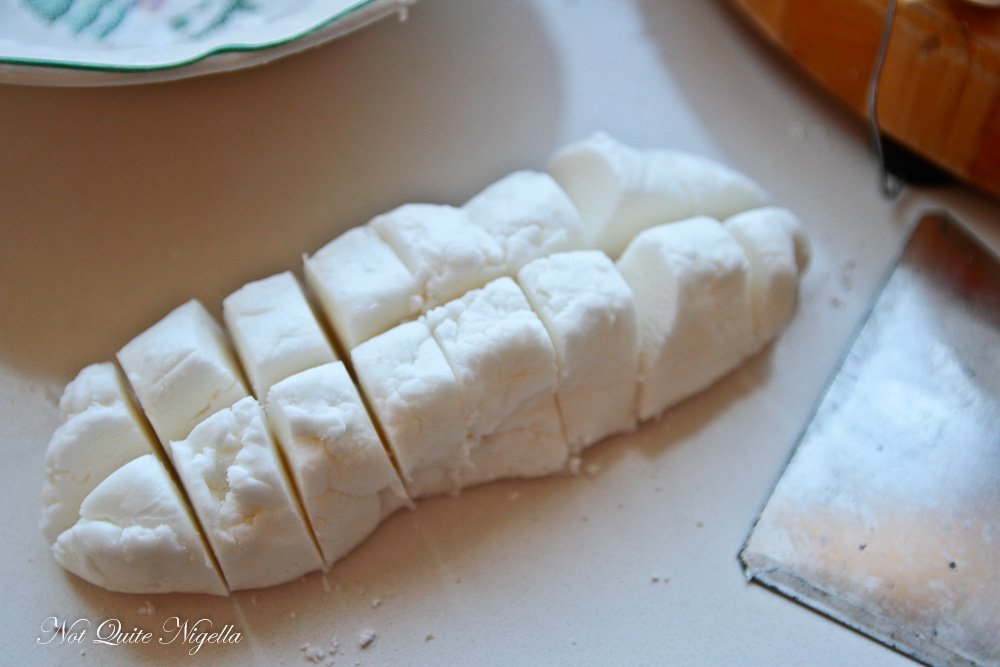 Cut into 16 pieces. Shape into balls. Place four balls on opposite corners of the lined microwave plate and microwave on high for 45 seconds. Older microwaves might need 20 seconds more. Allow to cool for a minute and then remove from paper and cool on a wire rack. 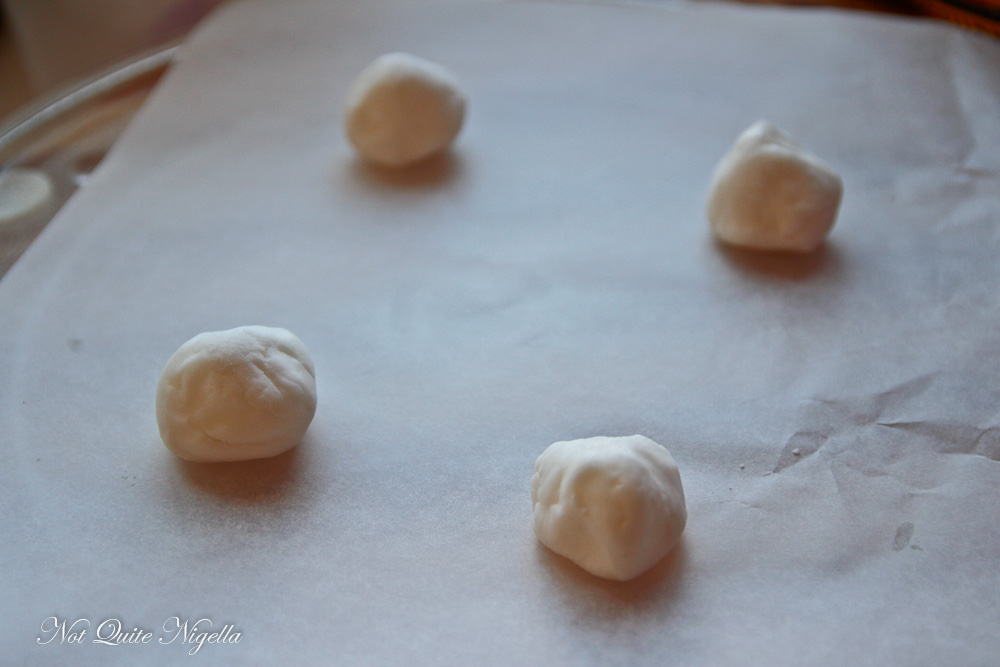 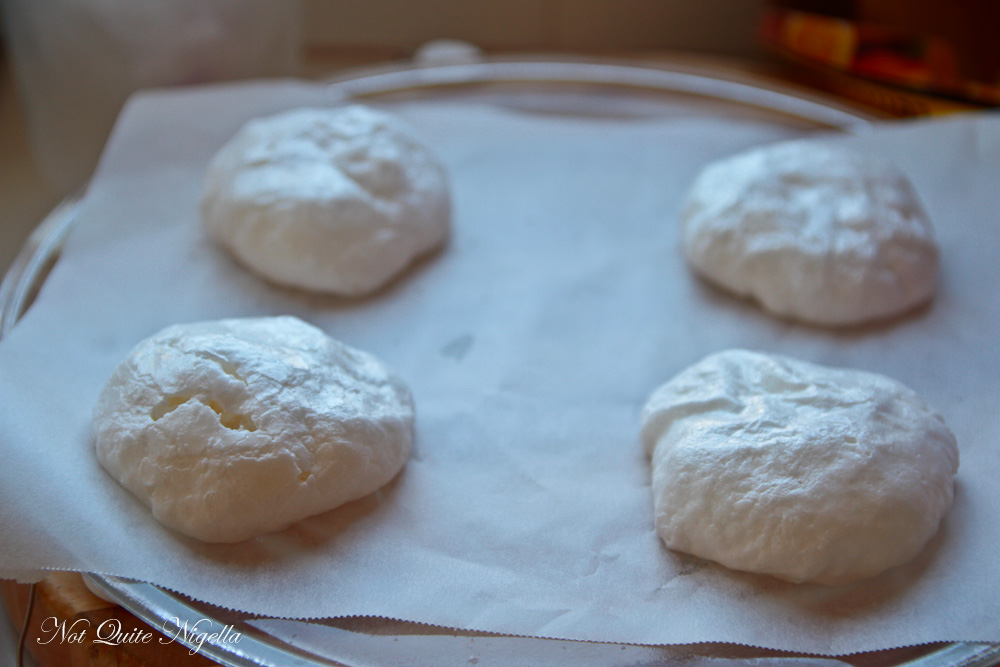 Step 2 - Dip a brush into the food colouring and draw red stripes on the sides.

To make into a raspberry and peppermint Eton Mess. Crush eight meringues with the whipped cream and swirl through the jam right at the end.