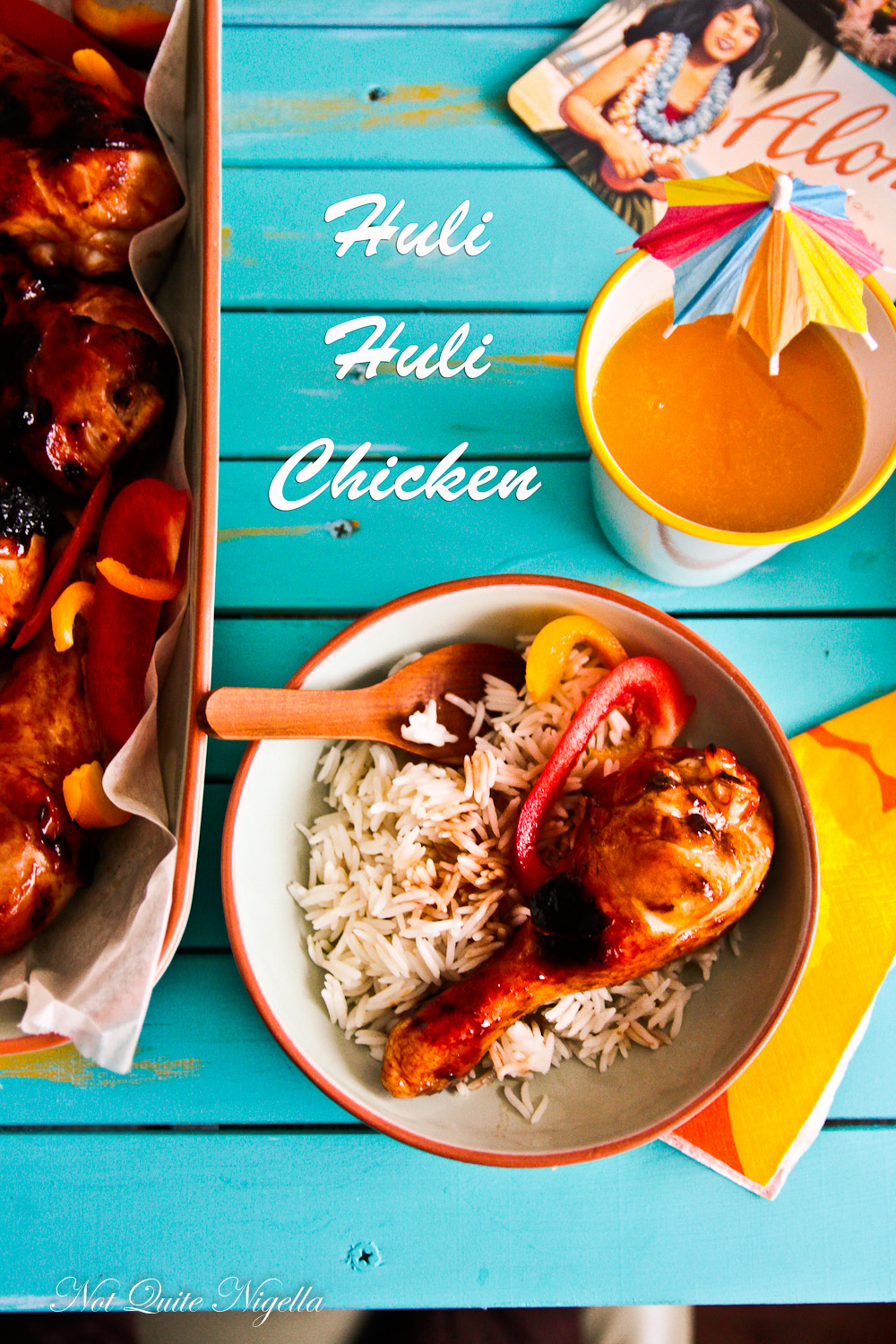 I was at dinner with a good friend and her colleagues when someone brought up the odd behavior of an absent workmate. You see this workmate had the strangest habit when dining out. She would bring her own straw and take it with her lest her DNA be stolen and recorded. No word on what happens with the fingerprints and other DNA that shakes loose from someone. I think they were too scared to bring it up should she suddenly turn up to work in a bubble.

Anyway, I'm not really one to judge weird because I do embarrassingly weird things all the time. Ask Mr NQN who at times walks some distance from me that suggests that we aren't actually together. I first saw the idea for this Huli Huli sauce when I was in Hawaii. I was trying to leisurely browse the supermarket aisles while Mr NQN was trying to get me to hurry up. I mean I could spend hours in a foreign supermarket. Anyway, at the end of aisle I saw a display of this bottle marked "Hawaii's famous Huli Huli sauce." 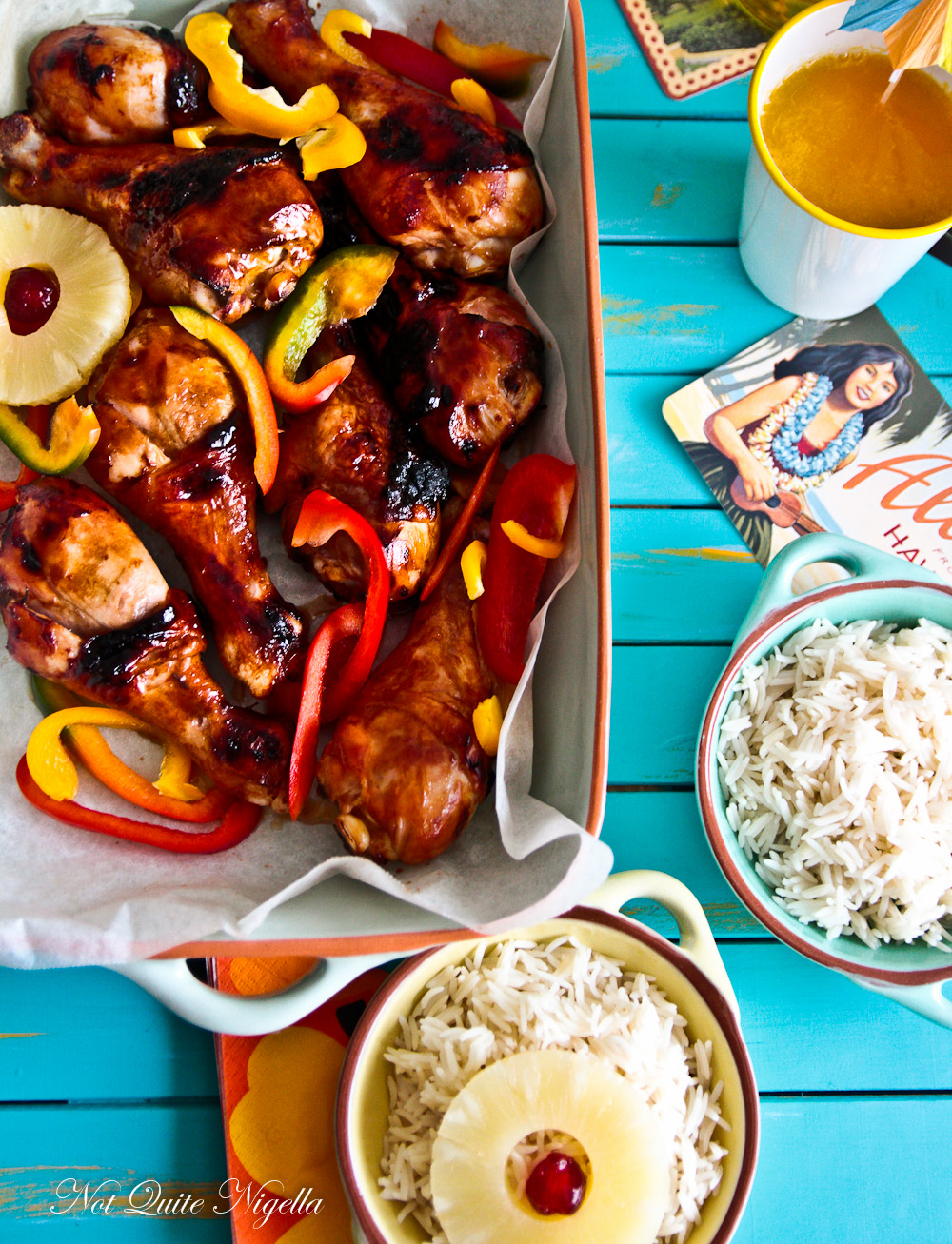 So I took a photo of the ingredients, just like a weirdo and decided to make it at home because I wanted to make a home made version. What is Huli-Huli? Huli-Huli chicken was invented in 1955 by Ernest Morgado founder of the Pacific Poultry Co.. The marinated chicken is grilled and the word "Huli" means "turn" in Hawaiian which Ernest would do when one side of the chicken was ready and the other side needed grilling. 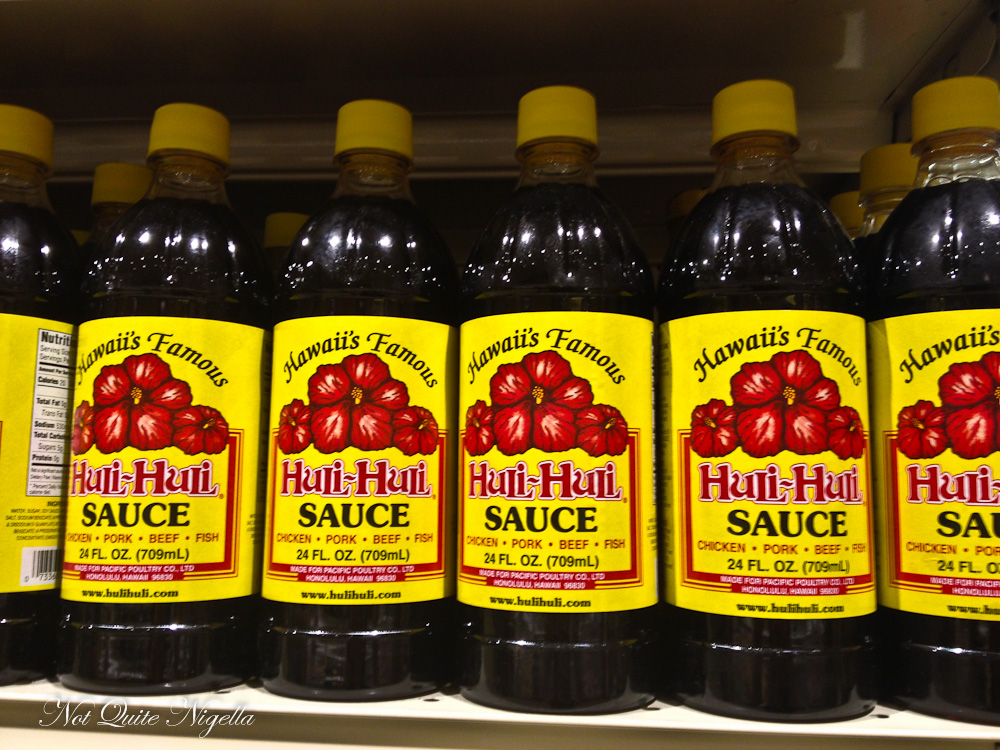 In 1986 he started selling his sauce and in 1981 he was recorded in the Guinness Book of Records for having the biggest chicken barbecue ever with 46,386 chicken halves in one event. Huli-Huli chicken is often used at charity fundraisers and events where you feed large amounts of people. According to Ernest it was actually his mother's recipe.

Ernest has now passed but his Huli-Huli sauce lives on in its original form and also by home made recipes. It is somewhat like a teriyaki sauce but with the addition of pineapple juice (so Hawaiian) and ketchup (that American influence). It's a huge crowd pleaser and one of those chicken marinades that everyone will love because it has a good balance of flavours. It's also ridiculously easy to prepare and just requires some infrequent attention on the grill and the occasional "Huli" or turn!

So tell me Dear Reader, have you ever been concerned about your DNA being taken and recorded? And do you like browsing the aisles of overseas supermarkets? Have you ever taken a picture of a label intending to make the item at home? 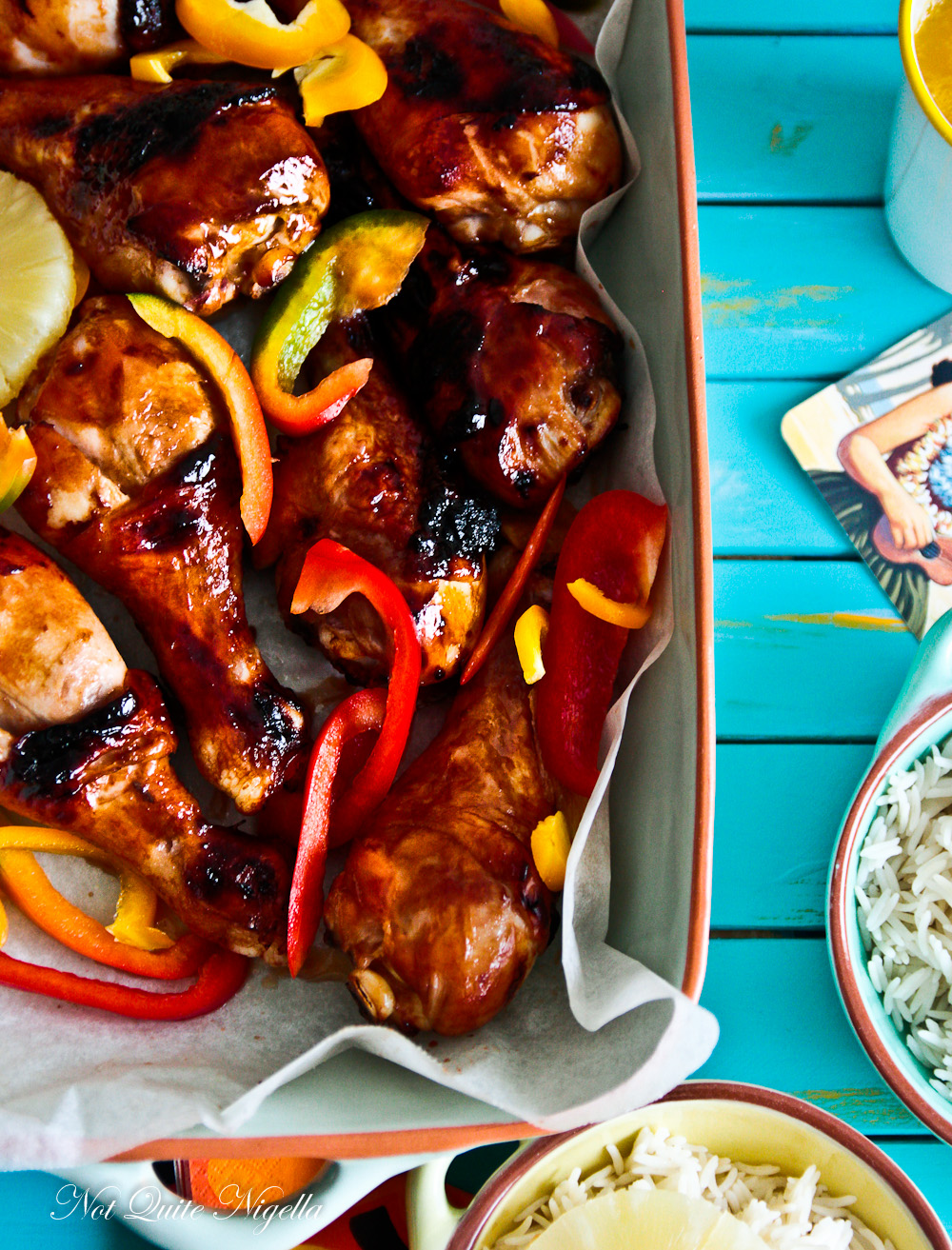 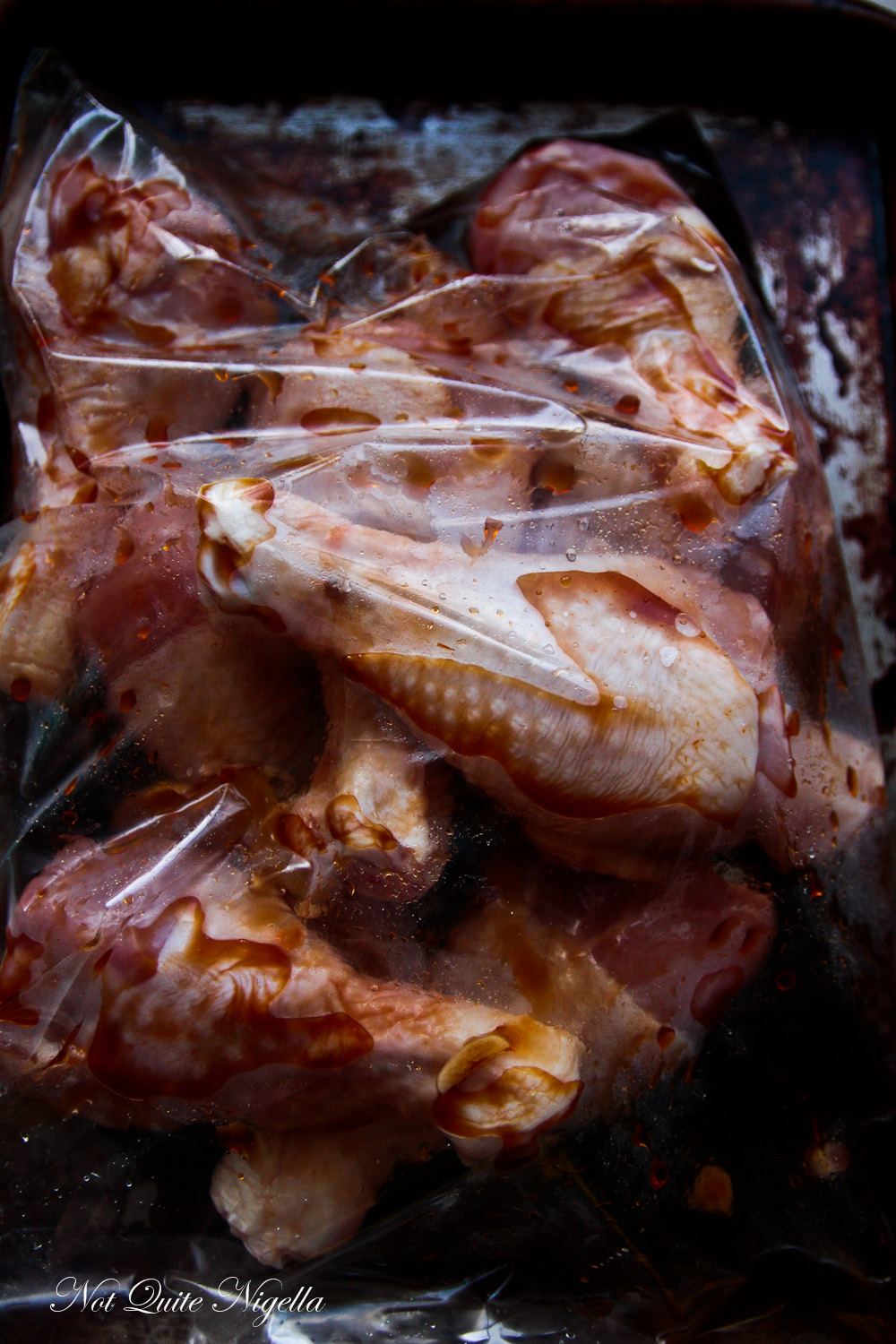 Step 1 - Measure out the soy and tomato sauces, pineapple juice, sugar and mirin in a measuring jug and mix to combine. Reserve about 1/2 cup to brush on the chicken later. Place the rest of the marinade in a ziplock bag and add the ginger and garlic. Add the chicken to the bag and massage the meat a little to infuse the marinade. Marinate overnight or for up to 24 hours turning once during this time (preferably half way through but I don't mean to suggest that you should set your alarm and get up in the middle of the night to do this ;)). 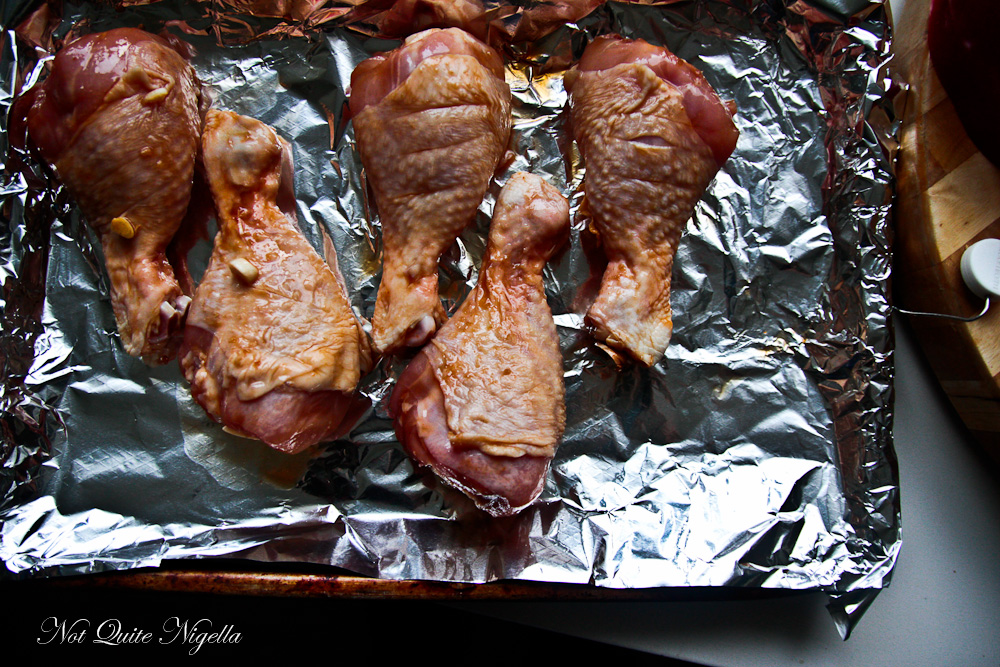 Step 2 - Heat the grill onto high heat while the chicken comes up to room temperature. Line a tray with two layers of foil and place the chicken on the lined trays under the grill. Add the dark soy sauce to the reserved marinade and brush over the chicken. Turn or "huli" it over once it caramelises on one side and cook the remainder until done. Serve with steamed white rice.