Saffron & Rose Indian Pudding and Make Your Own Ghee! 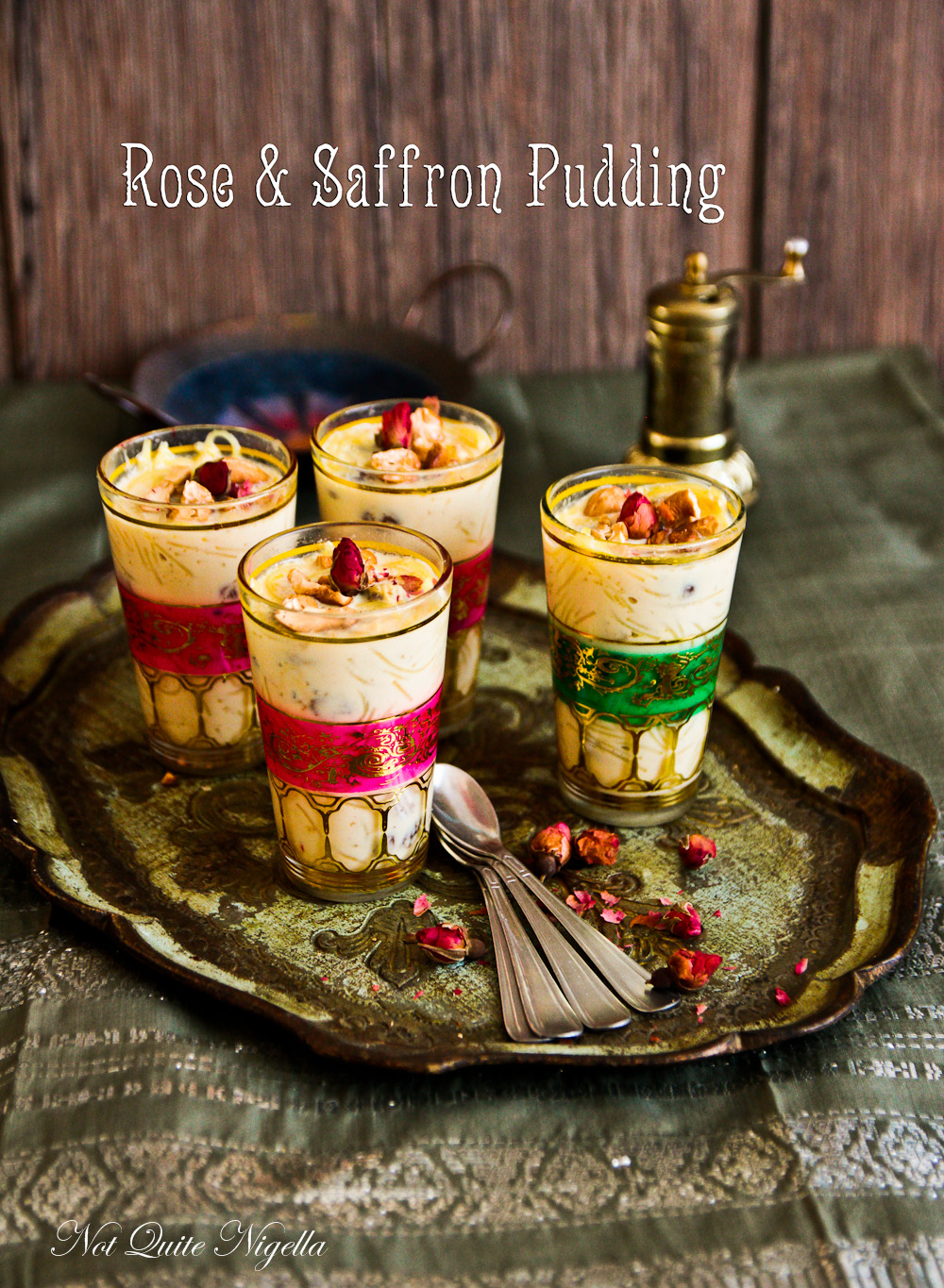 Happy weekend to you Dear Reader! How are you feeling today? As excited about the prospect of the weekend as I am? Today I've got the monthly round up of what is in my kitchen hosted by my friend Celia from Figjamandlimecordial as well as an easy Indian dessert dish. 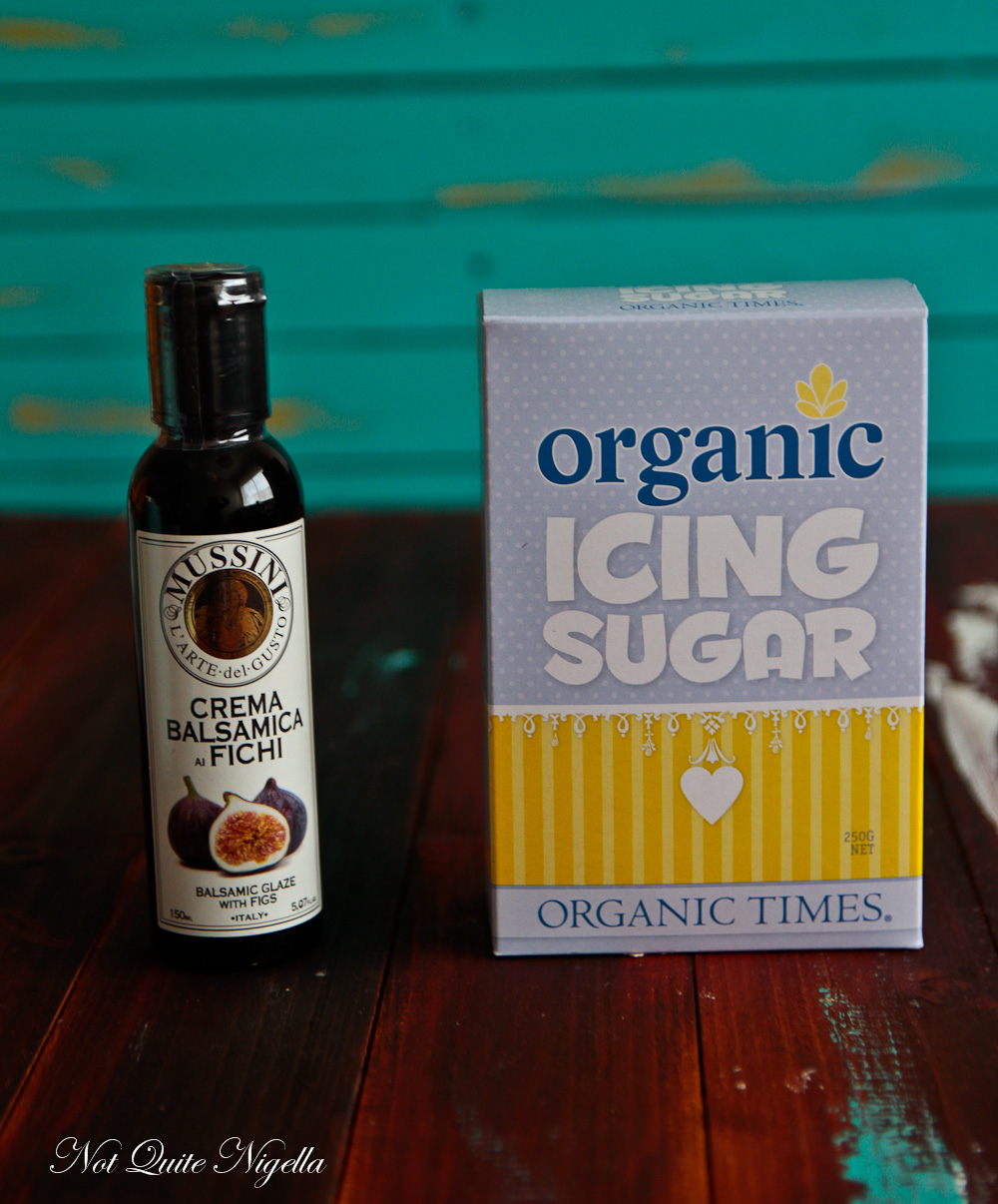 These two new additions to my kitchen were borne out of curiosity. I love balsamic vinegar and I was curious to see what the fig version was like. I picked it up from Paesanella Cafe in Marrickville and I then overheard the staff talking to a customer about the icing sugar that they used in the cafe which turned out to be this brand of icing sugar. So like a lemming I had to get a box of it too! 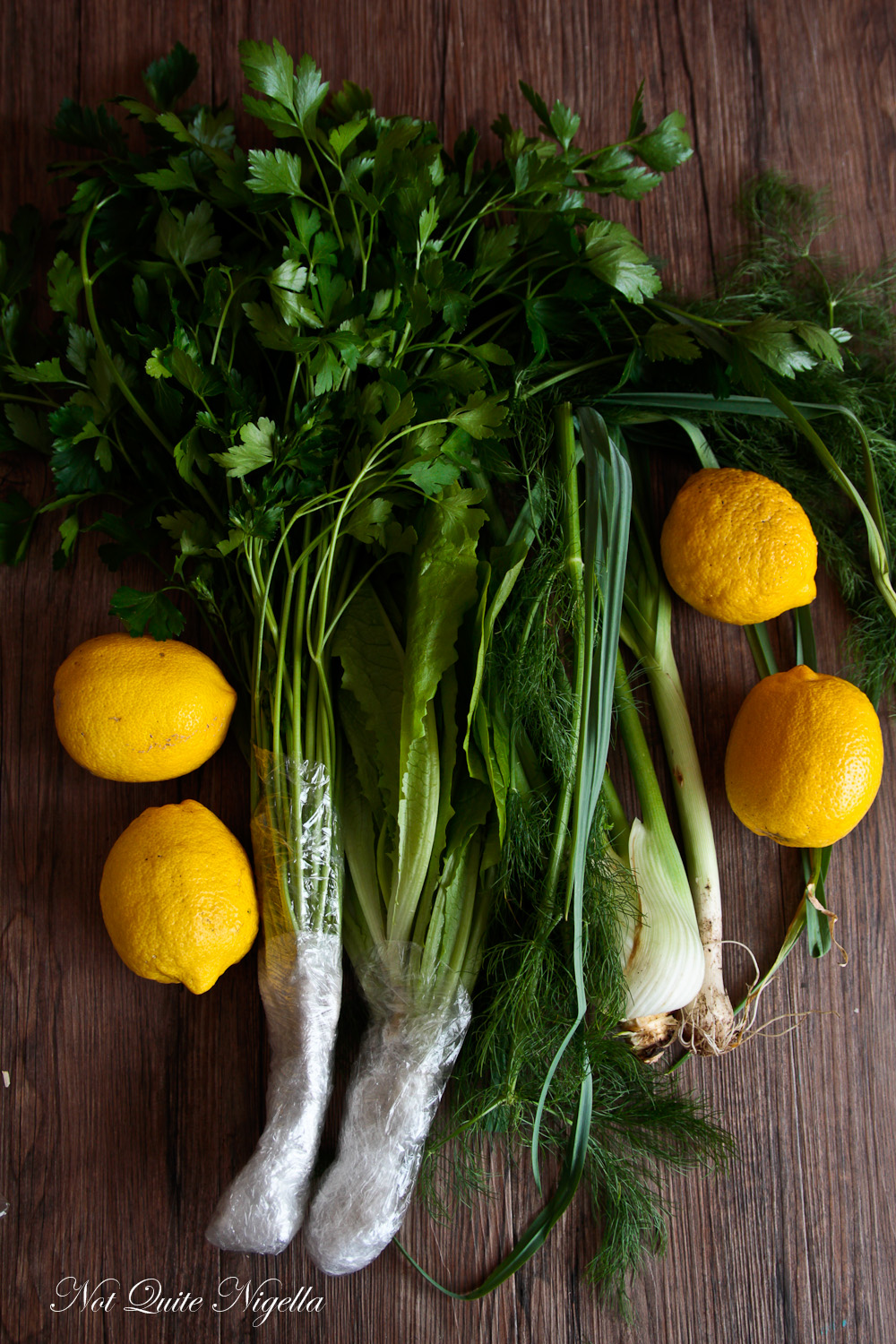 The next lot is a gift from the lady herself Celia. We went out for dinner one night and she brought us lots of vegetables from her garden as well as some gigantic lemons. The parsley went into the creamed parley and spinach while I made another batch of fennel frond pesto with the fronds. 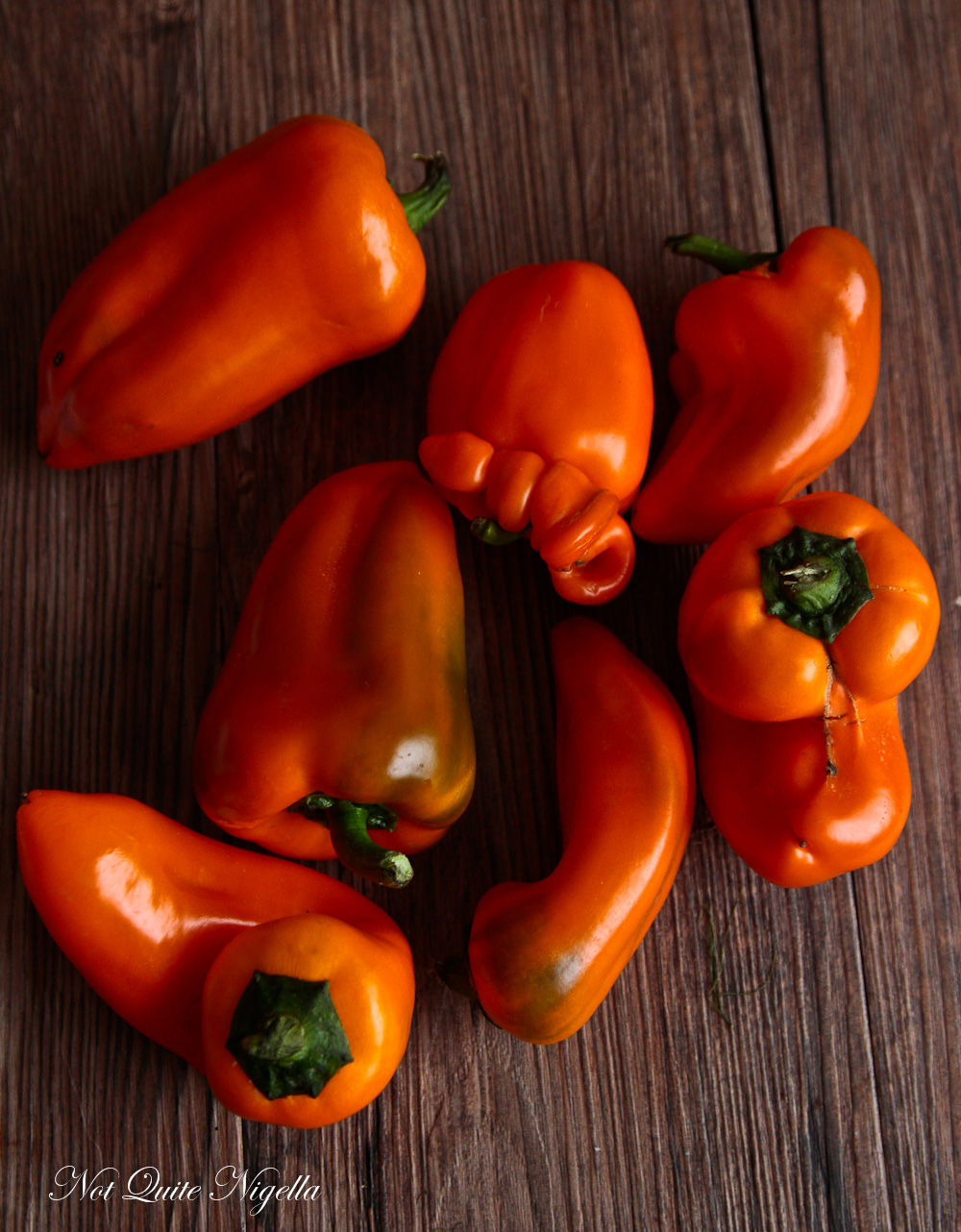 I love seeing what is new at the market and as we are at the end of Winter, things are starting to look a bit same-same. I can't wait for spring produce to start and I even saw smelled some jasmine recently which must mean that we aren't far away. These bright orange peppers aren't spicy - I was hoping that they'd be hot chillies that I could stuff. These are more like red capsicum and I still liked their vivid orange colour. 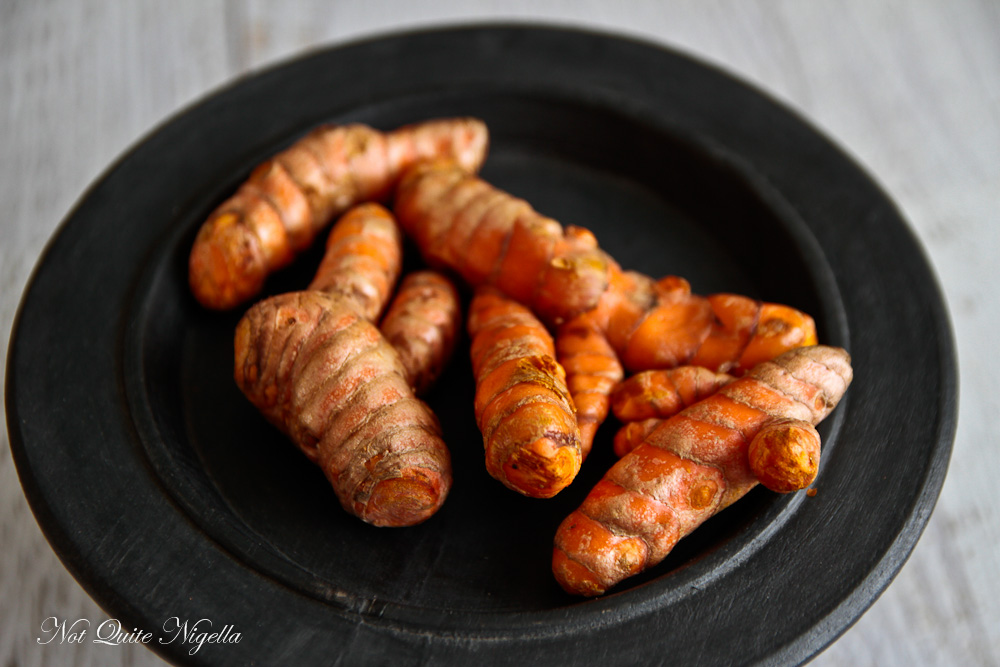 A few people have asked me what fresh turmeric looks like after I put it in a recipe. I first encountered it in Bali having only really used the powdered form. Since then I have sought it out at the Thai market stand. Fresh turmeric is much more fragrant than the powder and reminds me of ginger but is quite individual in fragrance. I love cooking it with rice like I did in this recipe that went with the lamb shank korma curry. But a little word of warning, it does stain hands and chopping boards and is used as a dye too. 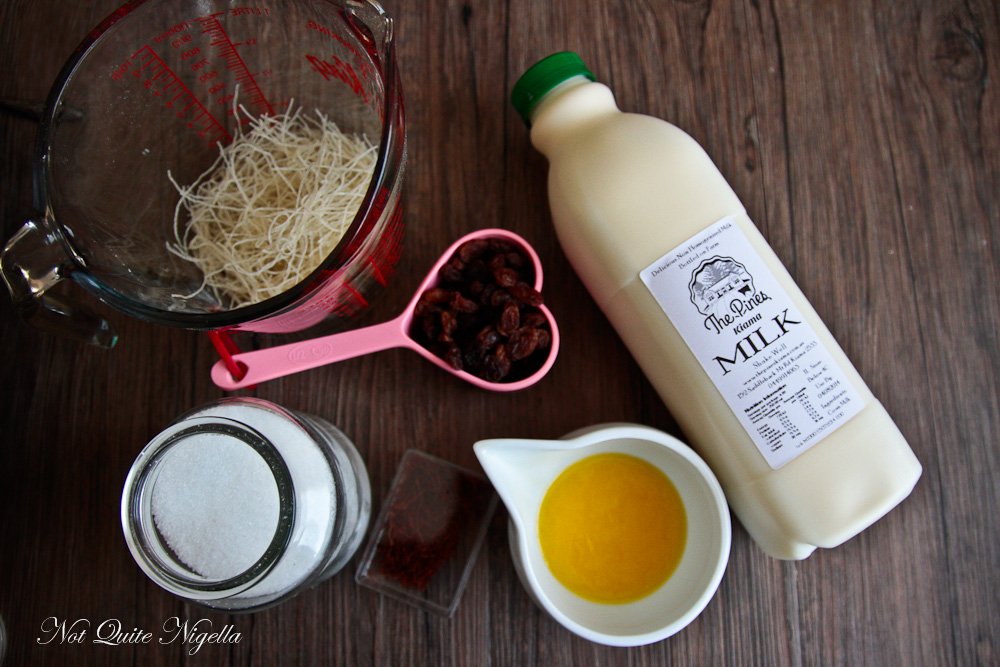 Speaking of that lamb shank korma curry, this is what I served as dessert after the curry in keeping with the theme (although the them was broken early when I served cheese for pre dinner nibblies). I've eaten kheer or vermicelli pudding many times but it was when I had a bottle of The Pines' fresh holstein milk that I decided to do something interesting with it that would make the most out of this delicious milk.

It does take a while to reduce the milk down but as far as prep goes, it is ridiculously easy. I wasn't sure how my dinner guests would take to a noodle pudding but it was eagerly scoffed with Mr NQN making moon eyes for more. It's also versatile, you can change the nuts and omit the rose petals if you want and add different flavourings according to what you have. Best of all, you can make it ahead of time which makes entertaining that much more pleasurable a past time because weekends should be about fun!

So tell me Dear Reader, what are you doing or eating this weekend? And have you made any new food discoveries? 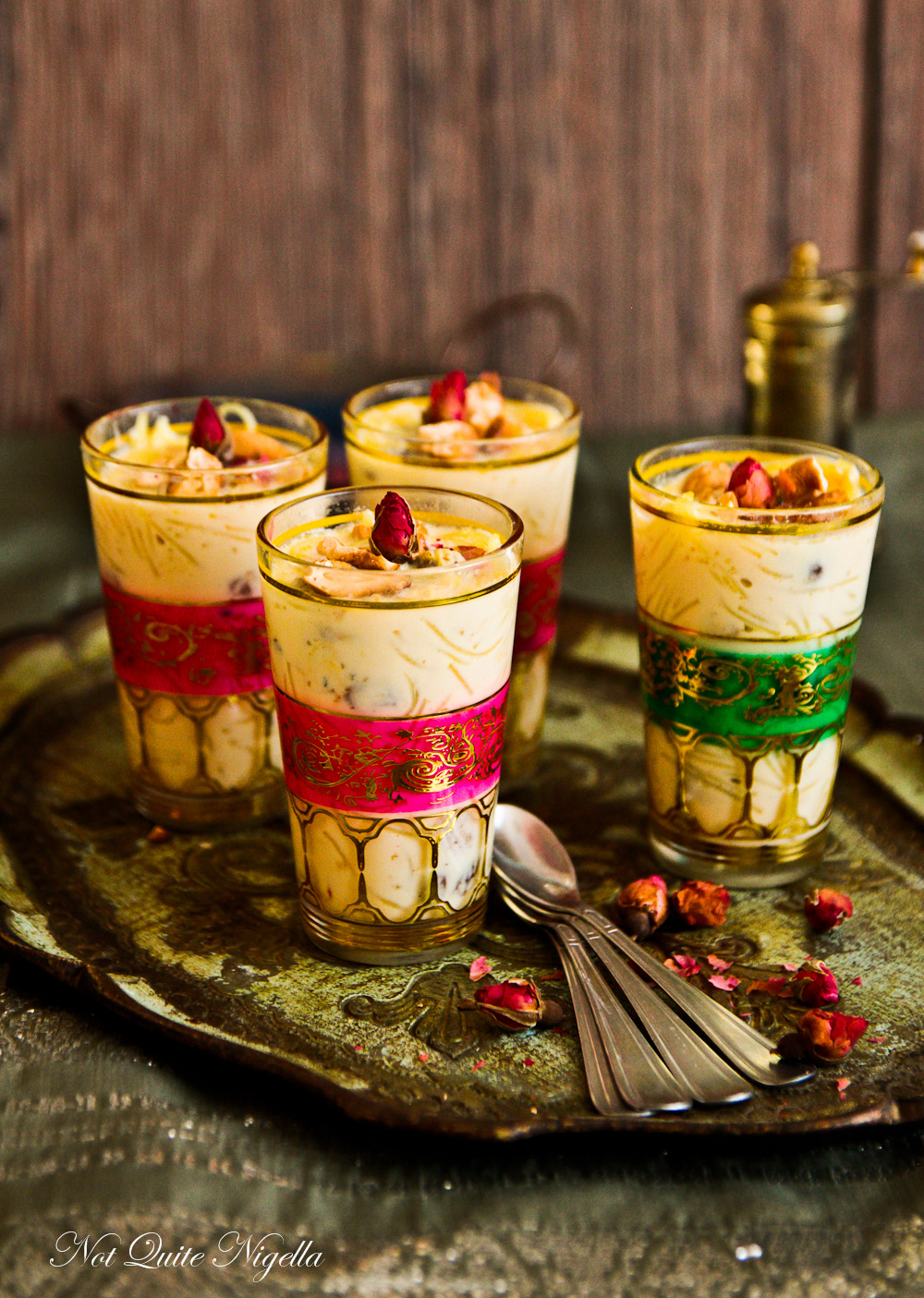 Serves 4 as a dessert

Step 1 - Heat the ghee in a medium sized saucepan and fry the noodles lightly coating them with the ghee. Remove from the pan and set aside. You can also do this step while the milk is simmering to save time. 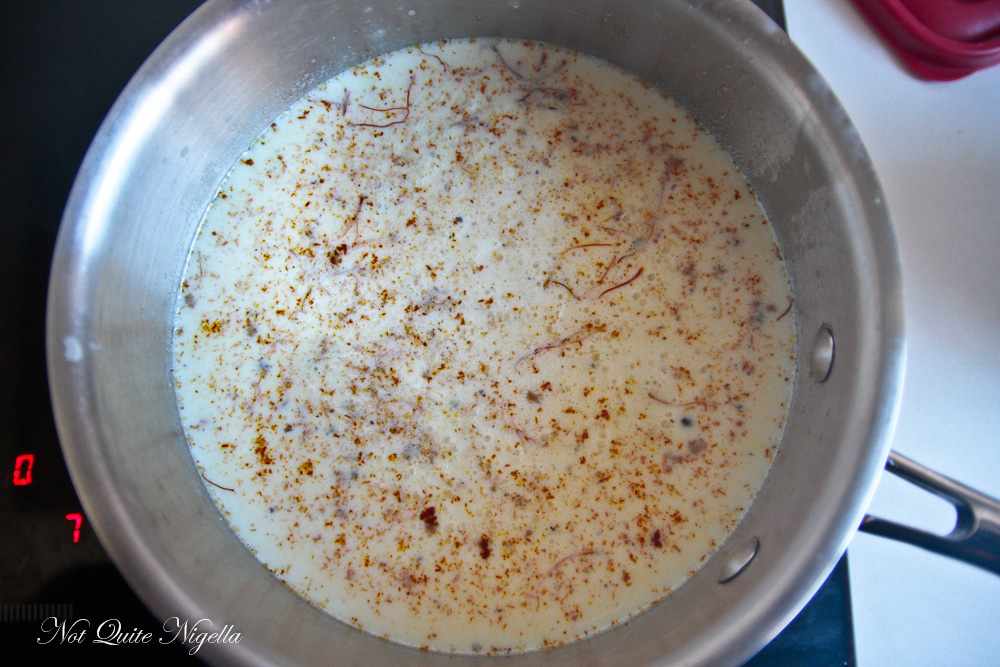 Step 2 - Heat the milk with the sultanas or raisins, cardamom and saffron bring to a simmer cooking it for 30-40 minutes until the milk has reduced and thickened. Add the fried noodles to the milk along with the sugar and simmer until noodles are soft and silky - about 7-8 minutes. Allow to cool. Spoon into cups and top with pistachio and rose petals.

How to make ghee 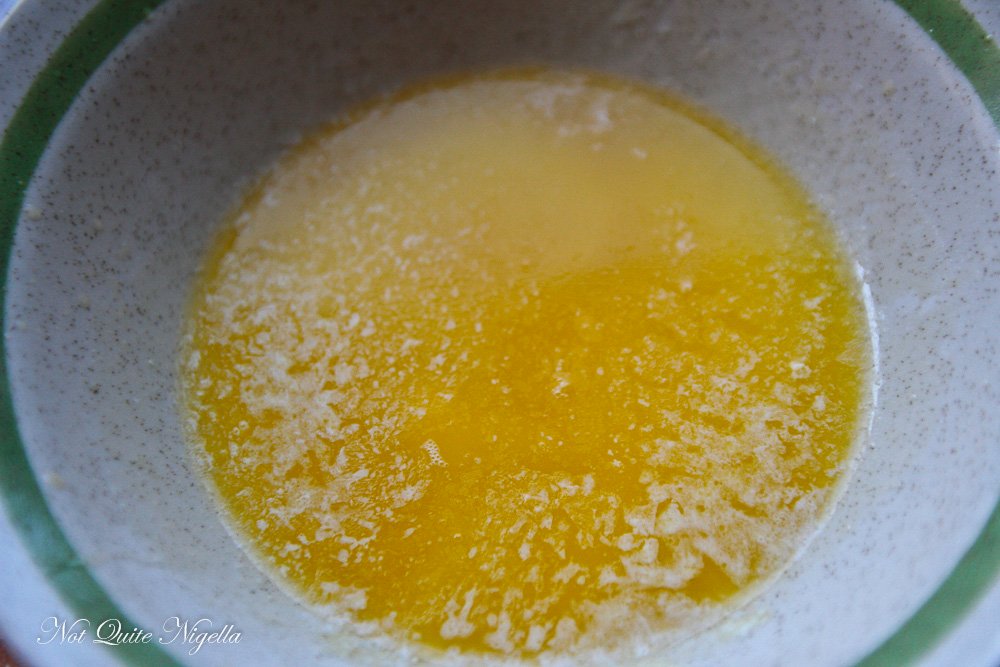 Ghee is essentially clarified butter which means butter with the milk or dairy solids removed from it. Having them taken out allows ghee to be heated at a higher smokepoint. Making ghee is easy and can be done in small quantities-certainly you need small quantities in this recipe with just two teaspoons. I made a bit more as it tastes great and is wonderful for cooking. 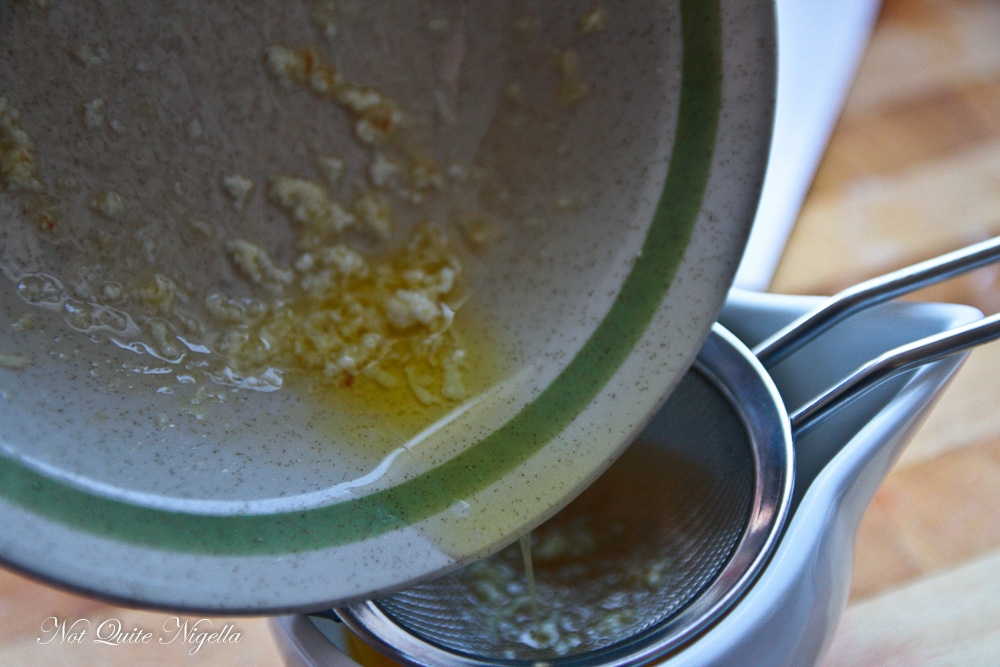 First heat up your butter in a small saucepan so that it starts to caramelise a little - similar to browned butter but perhaps not as intense. Strain it through a sieve or cheesecloth and the clear, liquid gold will remain while the sieve catches the white, fluffy solids which you can discard. 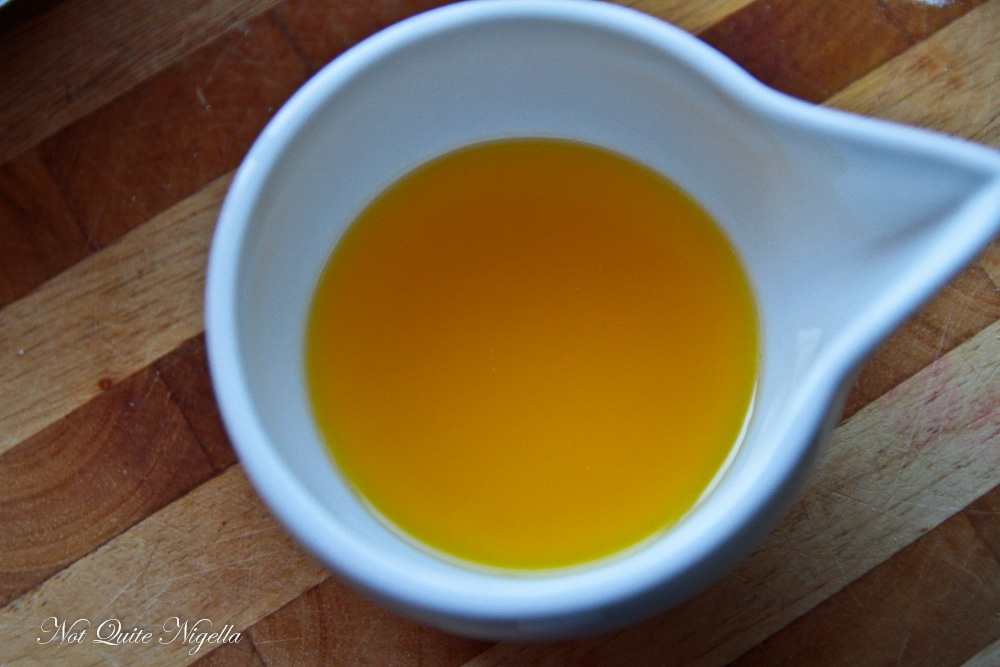