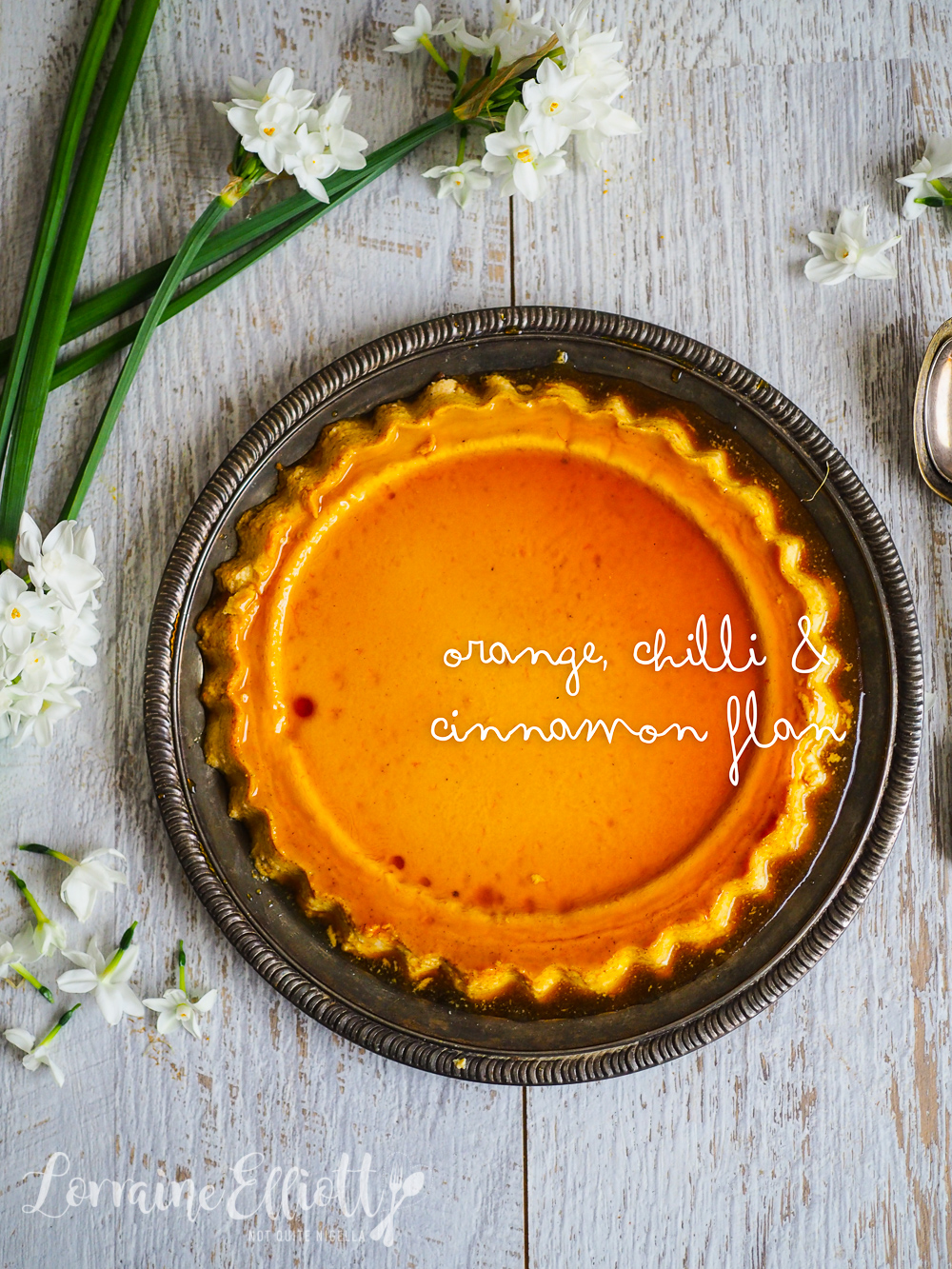 Flan or creme caramel is given an added boost of flavour from orange, chilli and cinnamon. This silky, creamy dessert comes together easily and I promise that you don't have to make any caramel at all for this! Have a spoon ready...

This was prompted by some leftover double cream that I had from a photo shoot. I wanted to use it up and I wanted to make dessert for an upcoming party at our apartment. Enter this flan or creme caramel. Ever since a Dear Reader Suzie told me about her creme caramel trick using golden syrup instead of making caramel I've made it so many times. 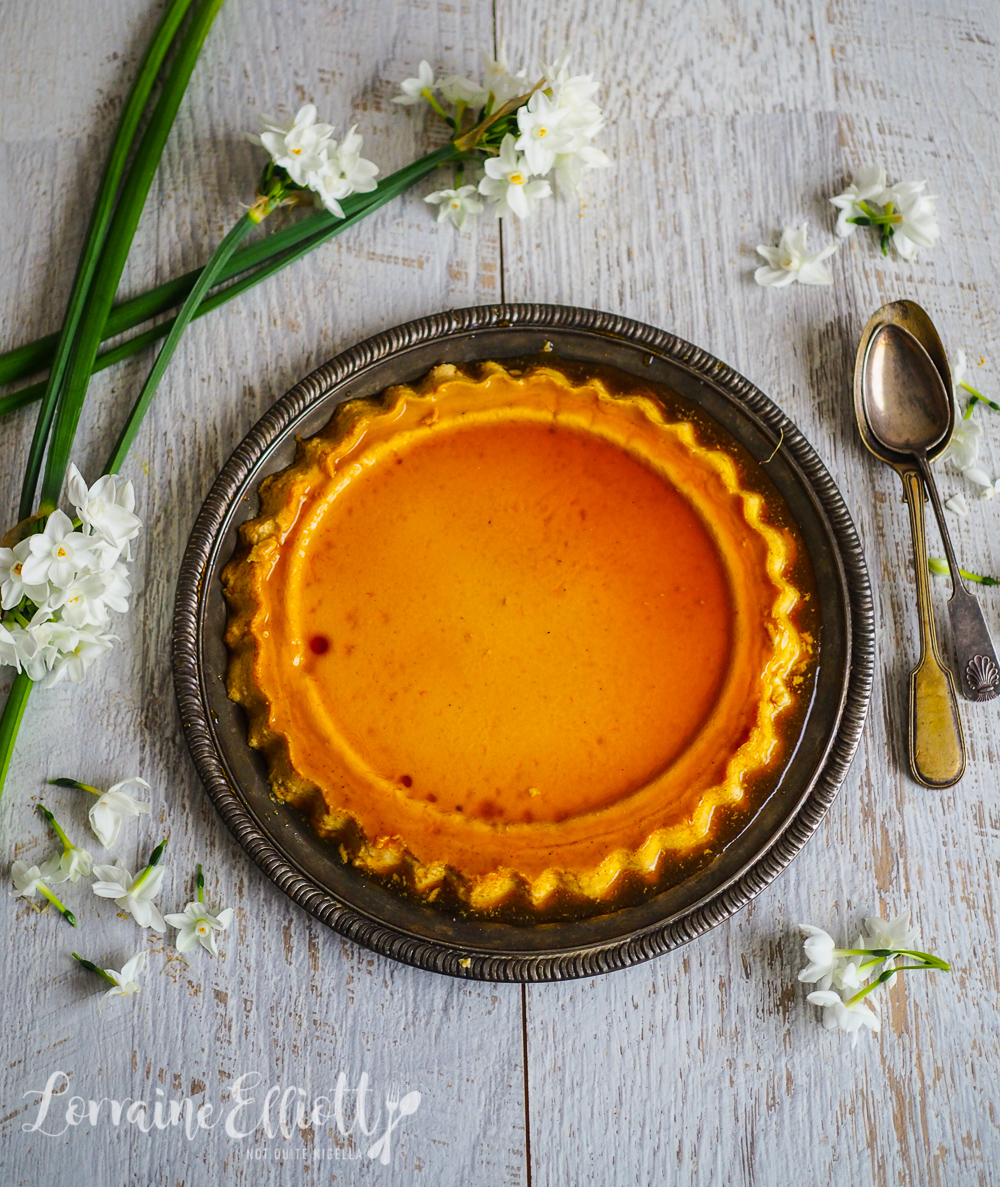 This time I wanted a change in flavour and ended up using orange, chilli and cinnamon because the fruit basket was looking a bit forlorn towards the end of the week and I just had two oranges. I served this when we had Nina and Garth over for a Stranger Things viewing party. 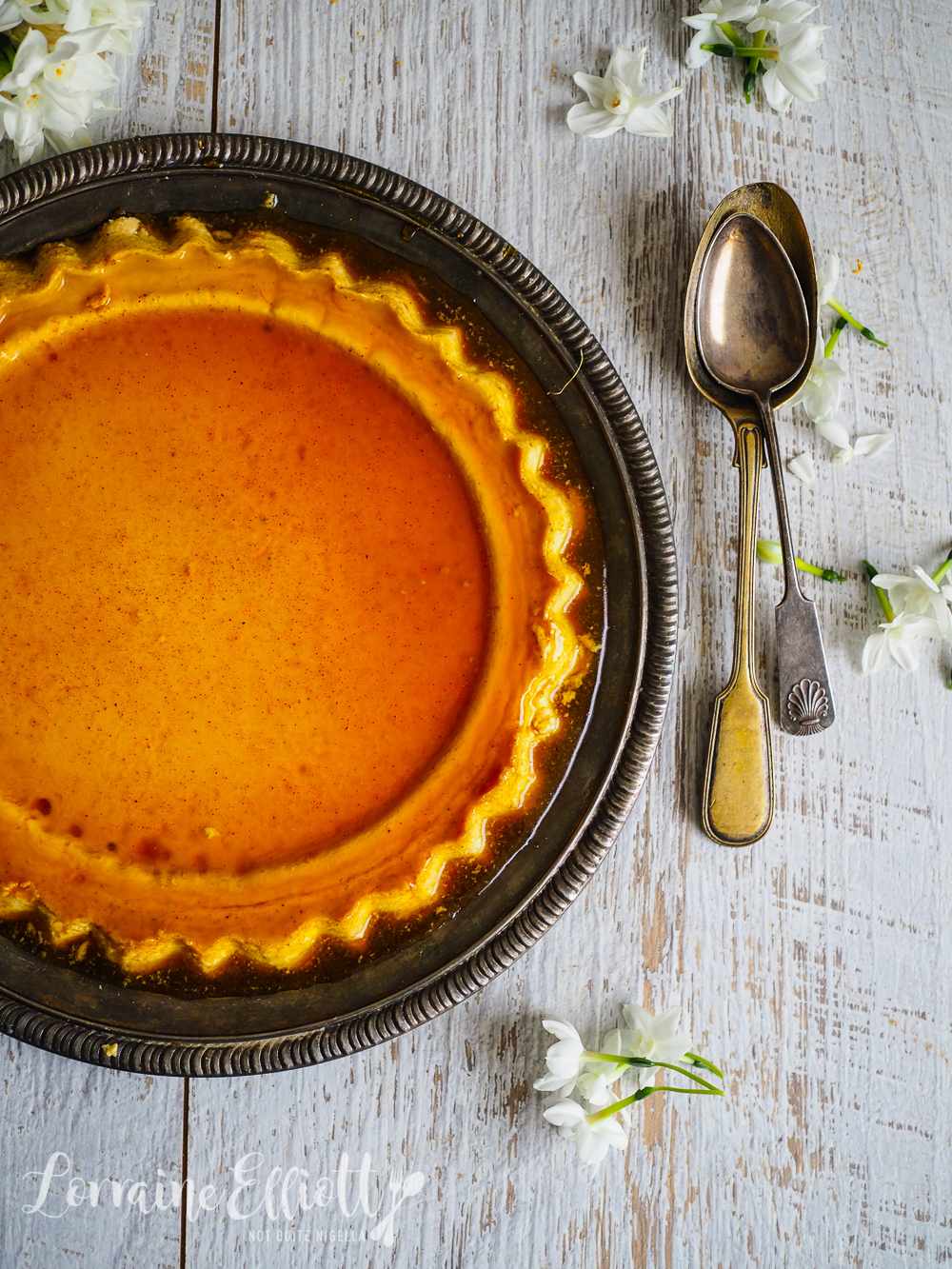 Do you ever feel like a series was tailor made for you? I feel that way about Stranger Things (I used to feel that way about True Blood until it went awry). Usually with viewing parties, I try and match the food to the show but the food in Stranger Things wouldn't do. It's 80's American food and there is only frozen waffles, burgers, fries and Coke. And while I have no problems eating those there was no way that health conscious Nina and Garth would eat them.

I made Nina black pepper tofu with sesame nori rice and the rest of us had soup with home made bread. There were two desserts (of course right? It's me) and I served a cake and this flan. 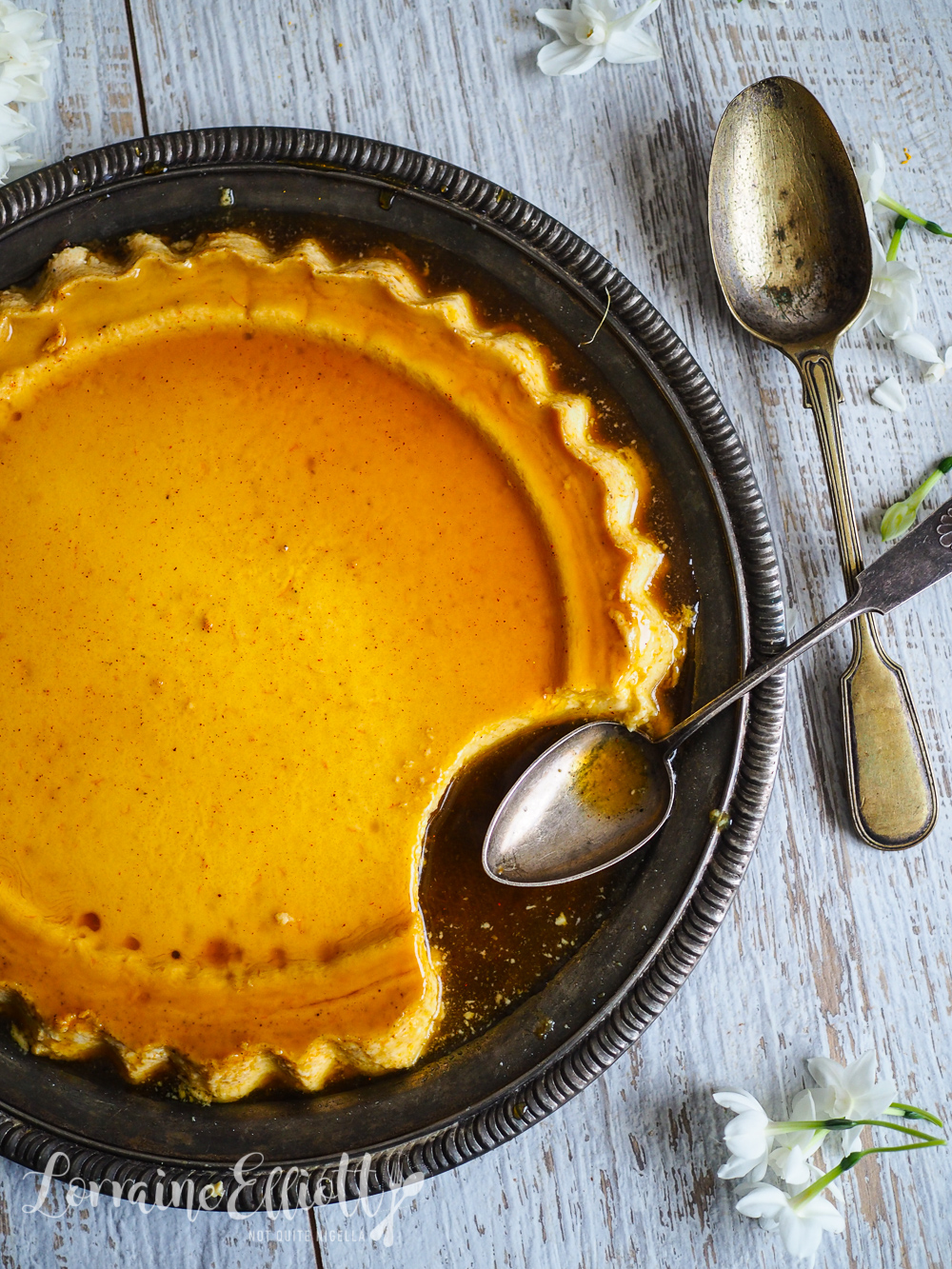 While Nina and I loved the previous two seasons of Stranger Things, the guys hadn't watched them at all. They were going to go off and do some nerdy stuff but then decided last minute to give the show a go. They were completely drawn into the world and managed to follow it, perhaps bolstered with our ambient chatter about the previous seasons. We managed to watch a few episodes and finished the rest of the season separately. I finished it first because I put aside time specifically to watch it and absolutely loved it. And after I finished I re-watched it again with Mr NQN who pretended to be mildly interested at first but then shut his computer down and watched it wide-eyed and enthralled!

So tell me Dear Reader, is there a tv show that was made for you? Do you have viewing parties? Did you watch season 3 of Stranger Things? Have you ever tried using golden syrup instead of making caramel for flan? 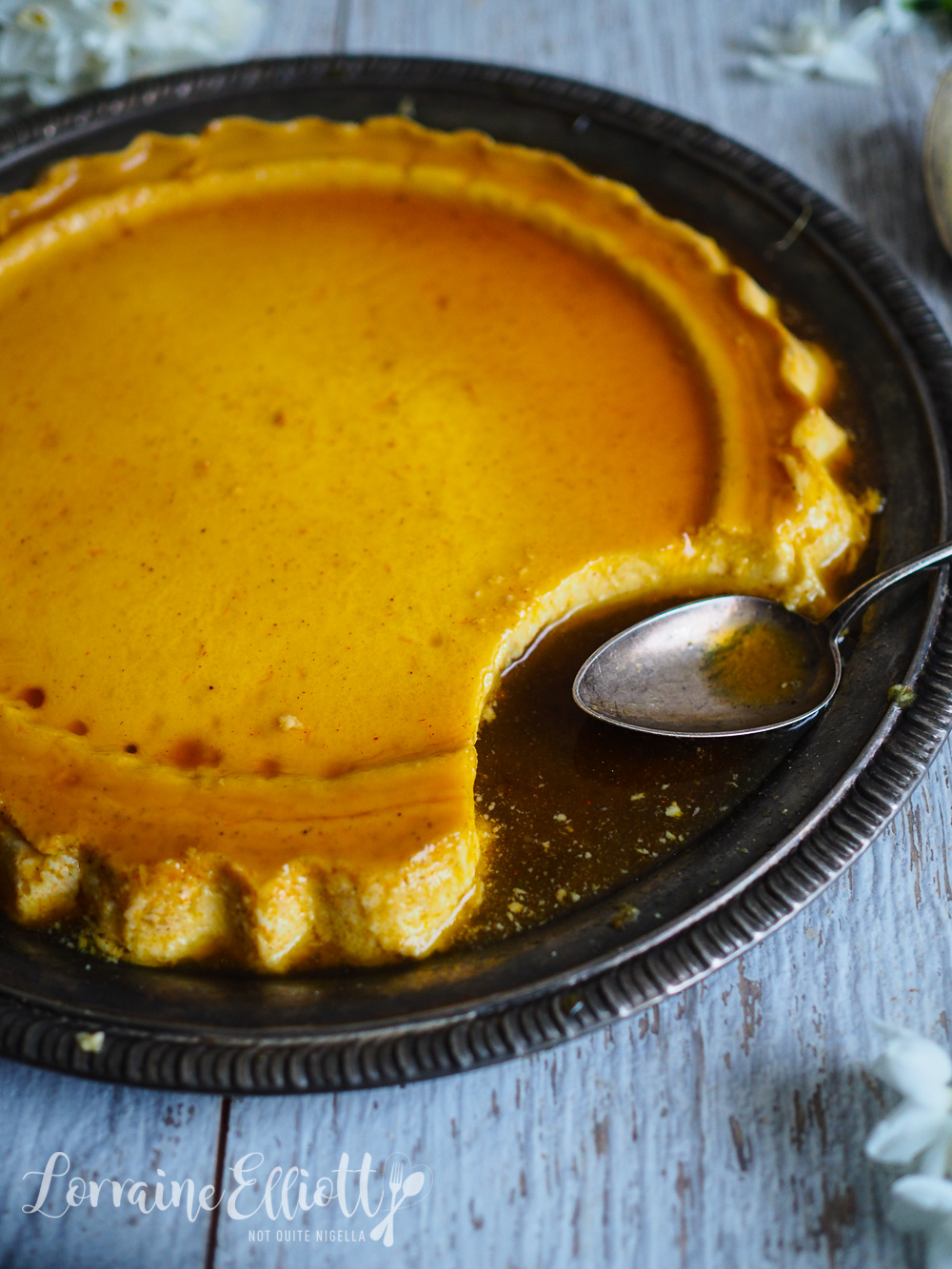 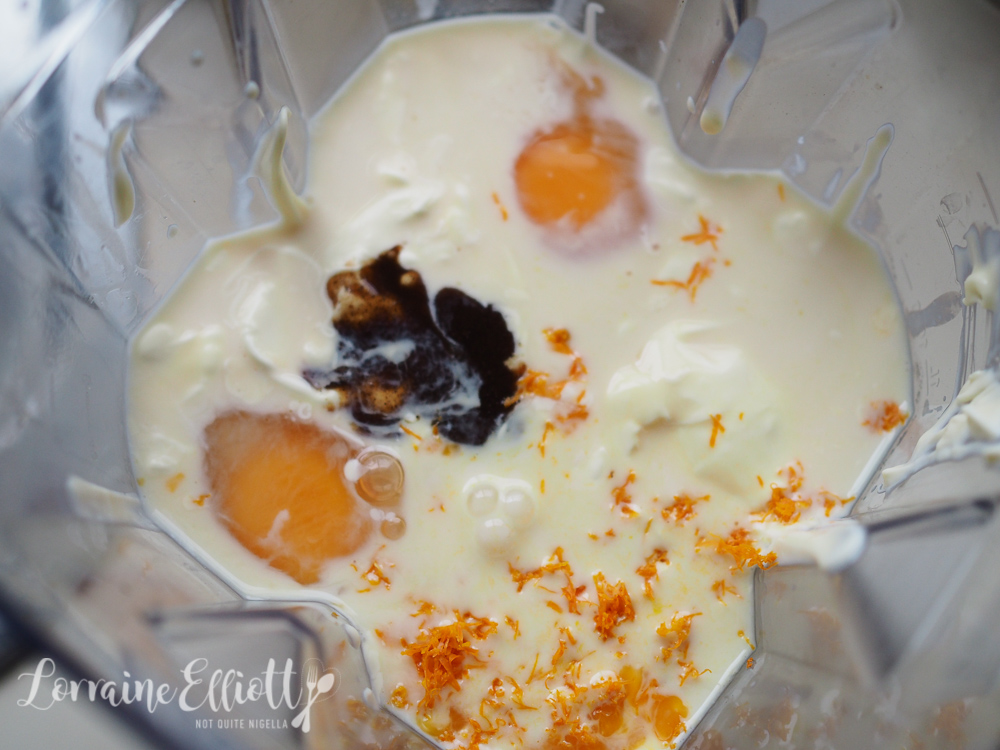 Ok a weird pic to put up I know

Step 1 - Process the two milks, cream, sugar, eggs, zest, vanilla, cinnamon and cayenne pepper together in a large food processor. Skim off the bubbles (or let rest for a while and bubbles will dissipate). 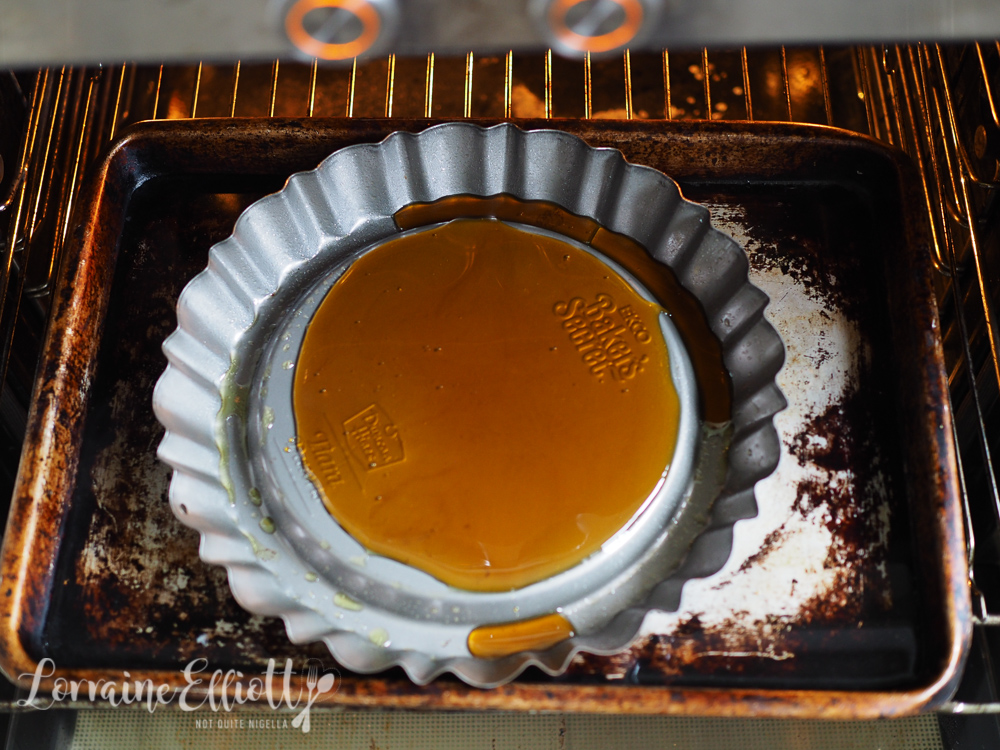 Golden syrup in place of caramel

Step 2 - Preheat oven to 150C/300F and have a water bath ready. Spray the inside of a flan tin with oil spray. Spoon golden syrup into the centre and then pour the eggy milk mixture on top making sure to avoid using the foam. Place in water bath and bake for 55-60 minutes or until set. Cool completely.

Step 3 - Run a sharp knife around the edges of the tin and then place a serving plate (with a lip as there will be caramel syrup coming out) and carefully upend. 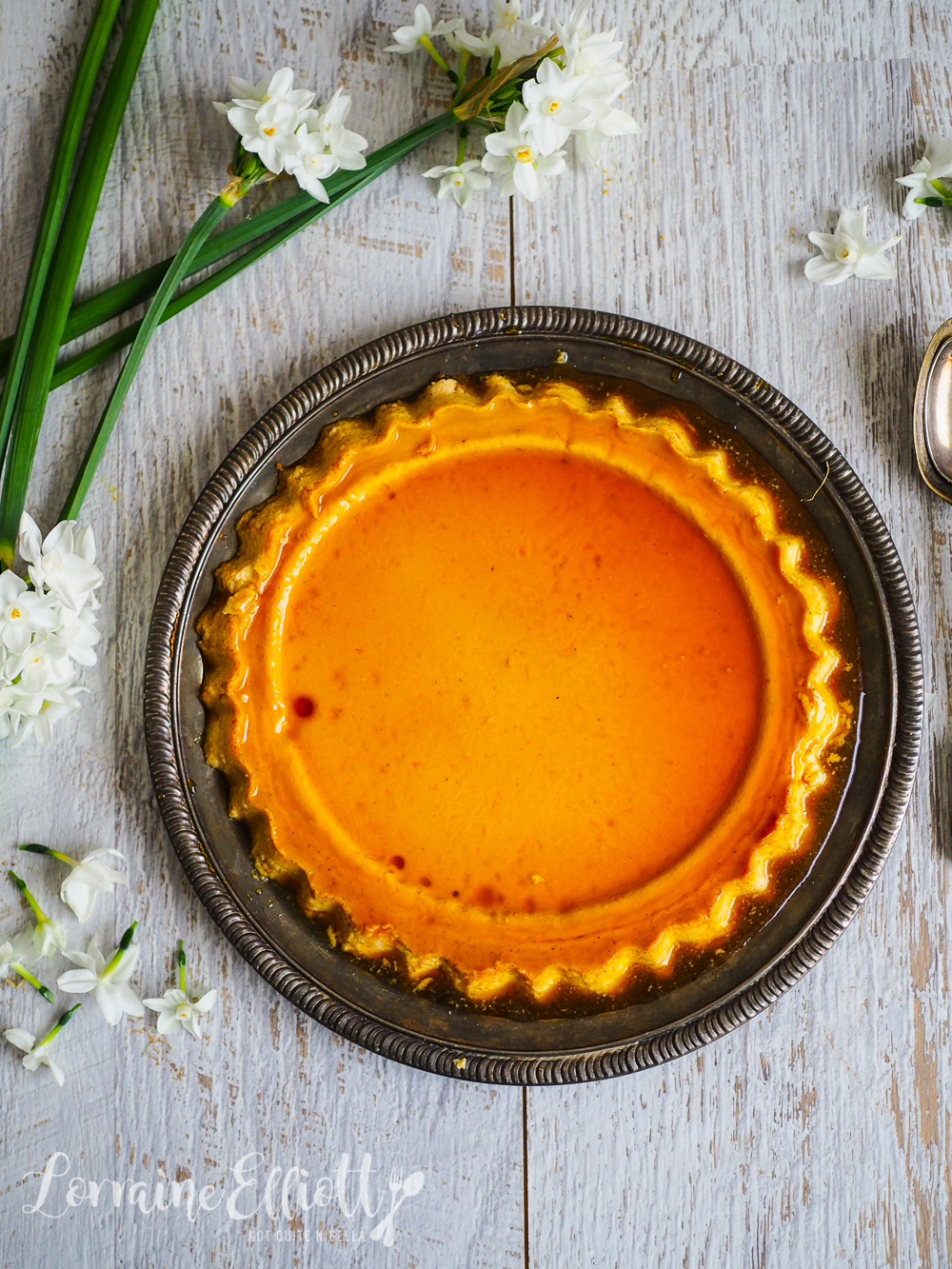