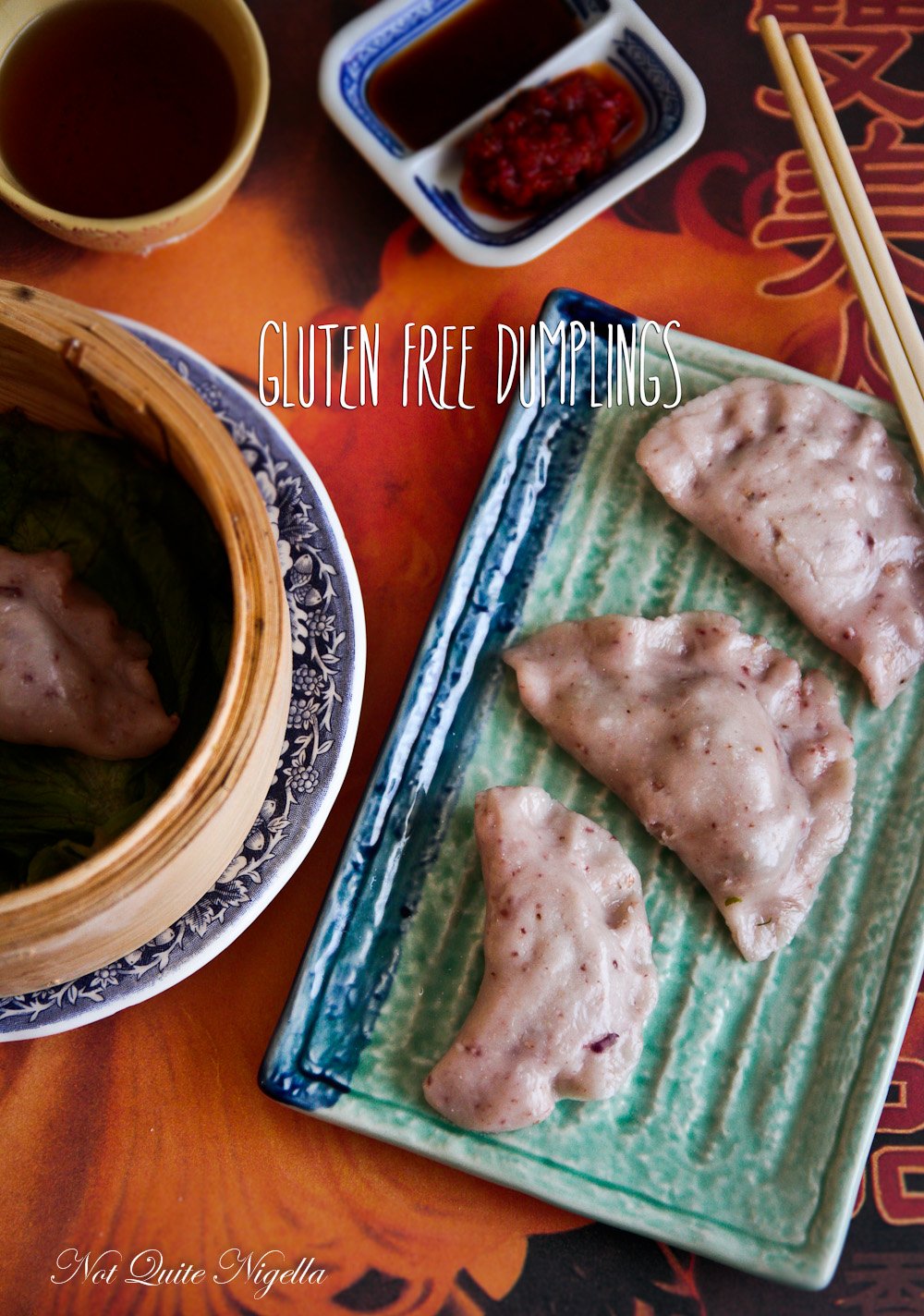 Now that my parents are retired, I have encouraged them to get a pet. I'm sort of hoping that they'll get a pug dog so that I can play with it but I realise that that is a commitment similar to when I was a child and I made them do all the work while I came in for the fun part.

Recently we took them out to lunch and they asked if we would like to come and see their cats. "When did you get cats?" I asked them. We live in the same suburb so it's not like we don't see them often and the acquisition of a pet or two would definitely be mentioned. 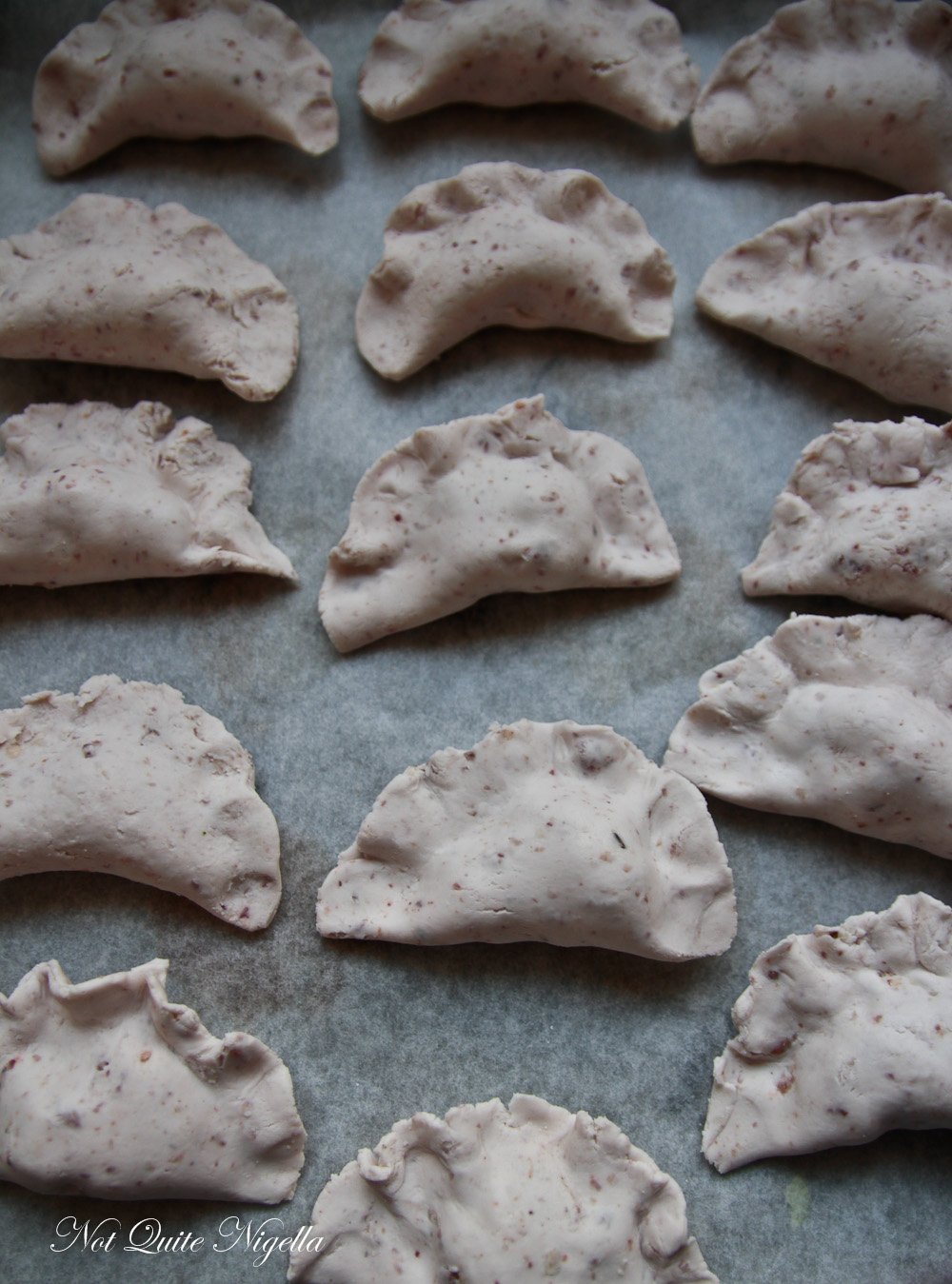 Excitedly they told us how they have two gorgeous ragdoll cats that visit them every day at 7am and then go home at 5pm to their owner. It was the best of both worlds. They don't have the commitment of vet bills and house training but they get to play with these two adorable cats. We supposed that the owners must go to work at 7am and come home at 5pm and ragdoll cats being quite sociable creatures have latched onto my parents who are home most days. "It's win win!" they exclaimed happily. 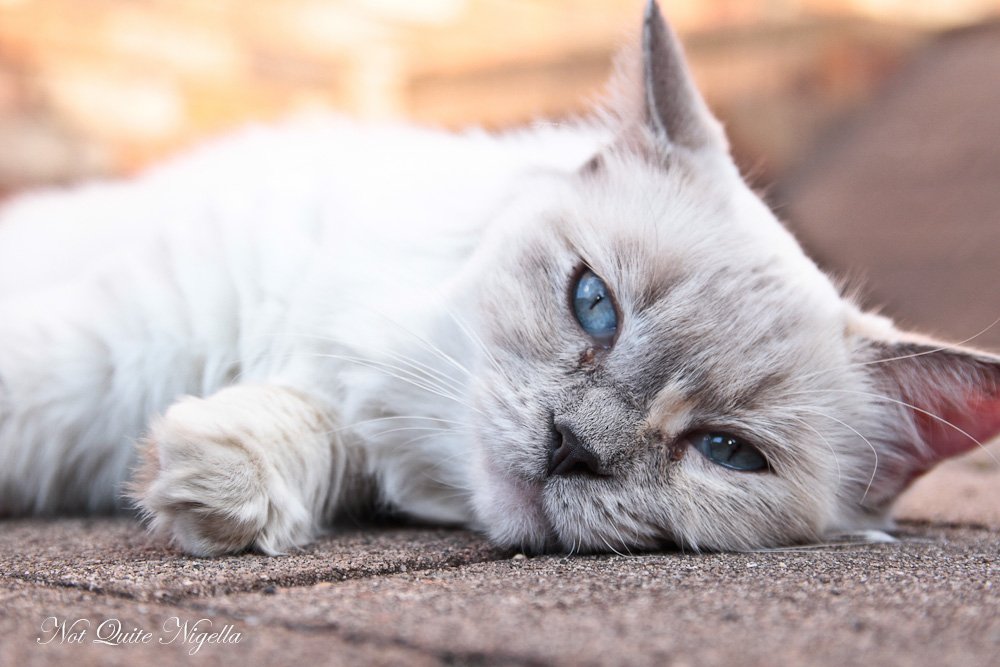 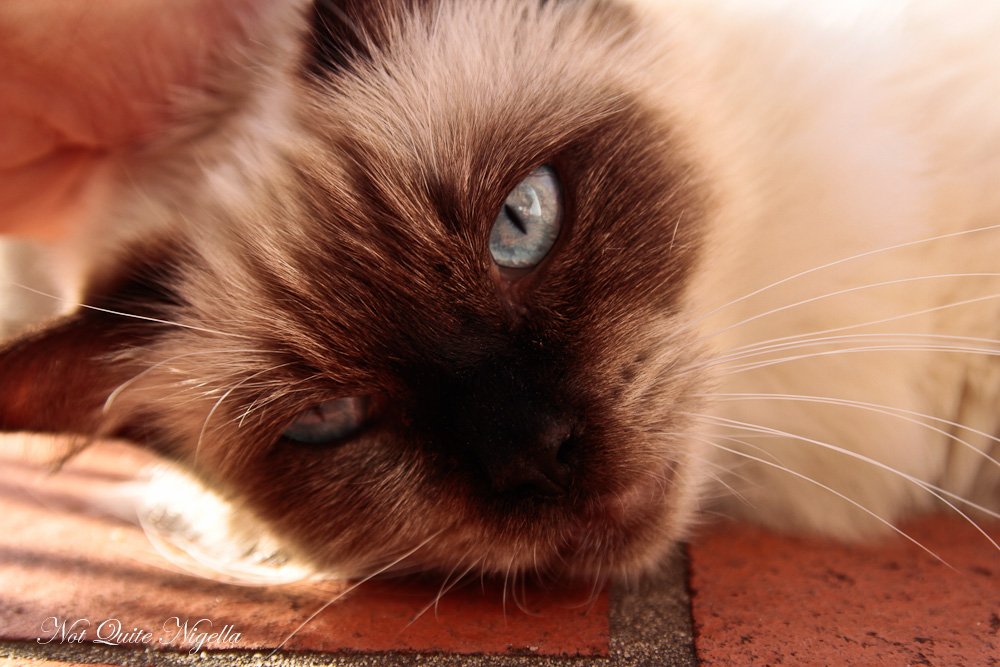 Speaking of the best of both worlds, people that are gluten intolerant often have to miss out on delicious dumplings. But when my lovely friend Rebecca (who is gluten and dairy intolerant) posted these gluten free dumplings I had to make a batch. My mother gave me some taro that she had just before she went overseas. She was worried leaving her two new friends behind for a week (but it's hard to communicate that you're going on a holiday to a pet that doesn't see you with suitcases). 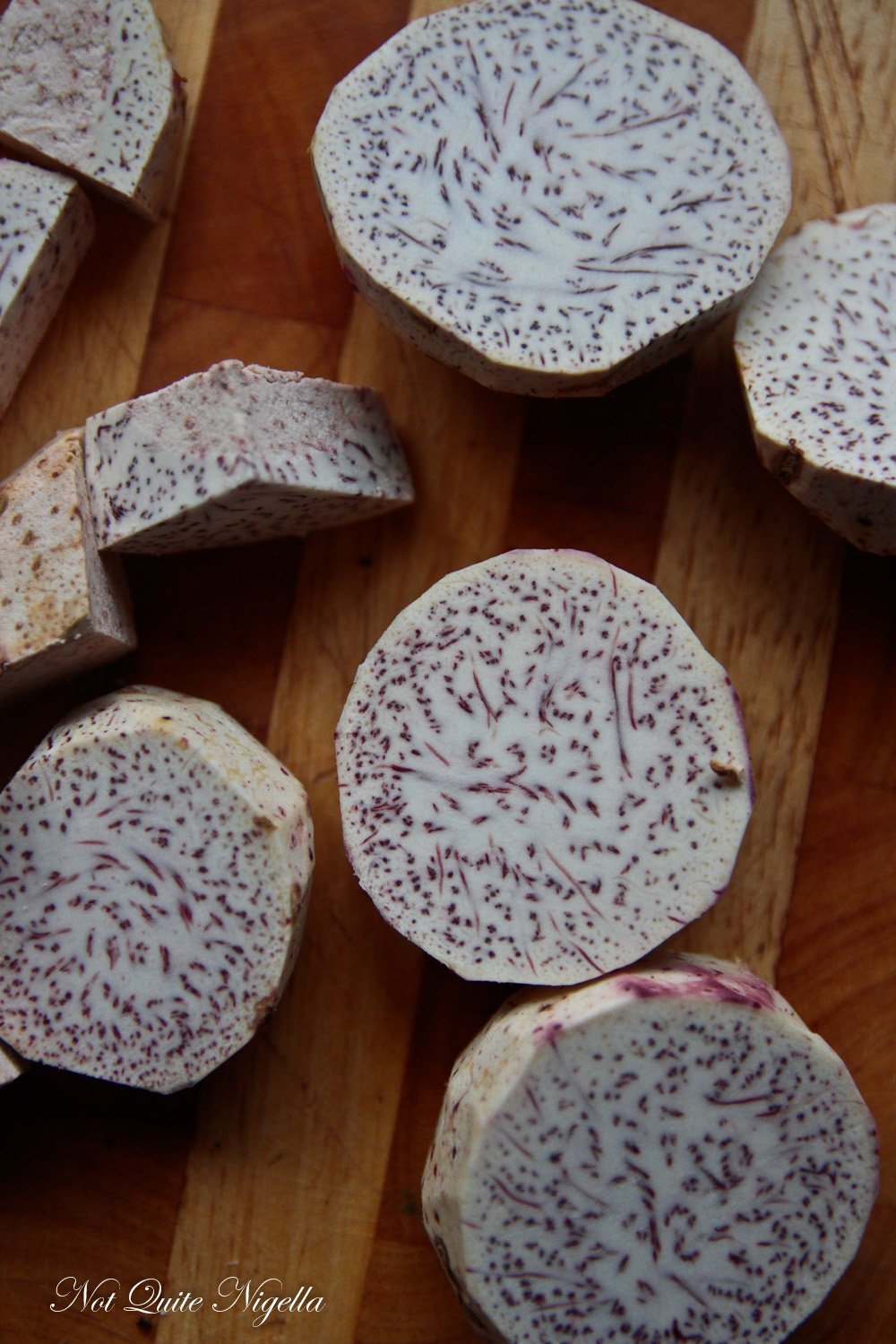 Dumplings are best made with a group of people and these are no exception especially since you are making the dumpling skins from scratch which adds a whole new set of processes. These are really good, sticky textured dumplings in the same vein as har gow or glutinous dumplings at yum cha. I was quite surprised at how easily the dough came together and it goes without saying that dumpling fiend Mr NQN wolfed down a dozens of these.

Oh and I've got a little tip if you're using bamboo steamers. Bamboo steamers are excellent because they allow the steam to circulate but also evaporate so that the water doesn't stay on the food and it doesn't become soggy. I recently cleaned these and put them away and they became moldy. The best way to clean them is to wipe them with a damp cloth removing any food attached to them. Then dry them completely in the sun or in a low 40C/95F oven.

So tell me Dear Reader, have you ever made dumplings from scratch? And what is your favourite dumpling at yum cha? 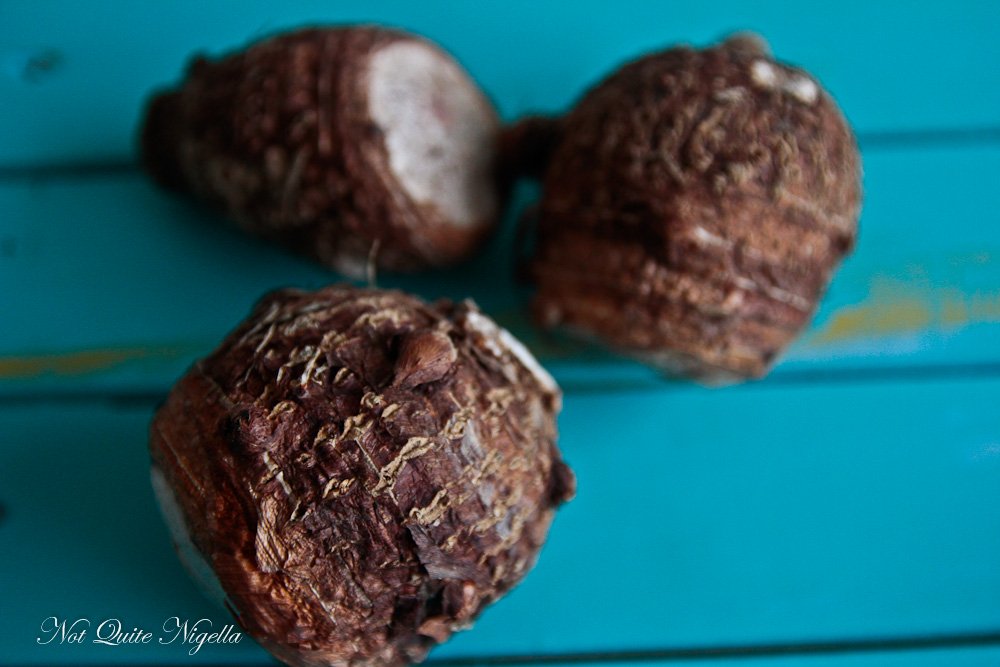 Step 1 - Steam the taro until tender and then process with the salt and baking powder to get it as fine as possible. With the motor running, add the oil, a little water and a little flour. Continue like this until it's all used and the mixture forms a dough. Knead for a few minutes until it forms a dough. Wrap in cling film for 30 minutes. 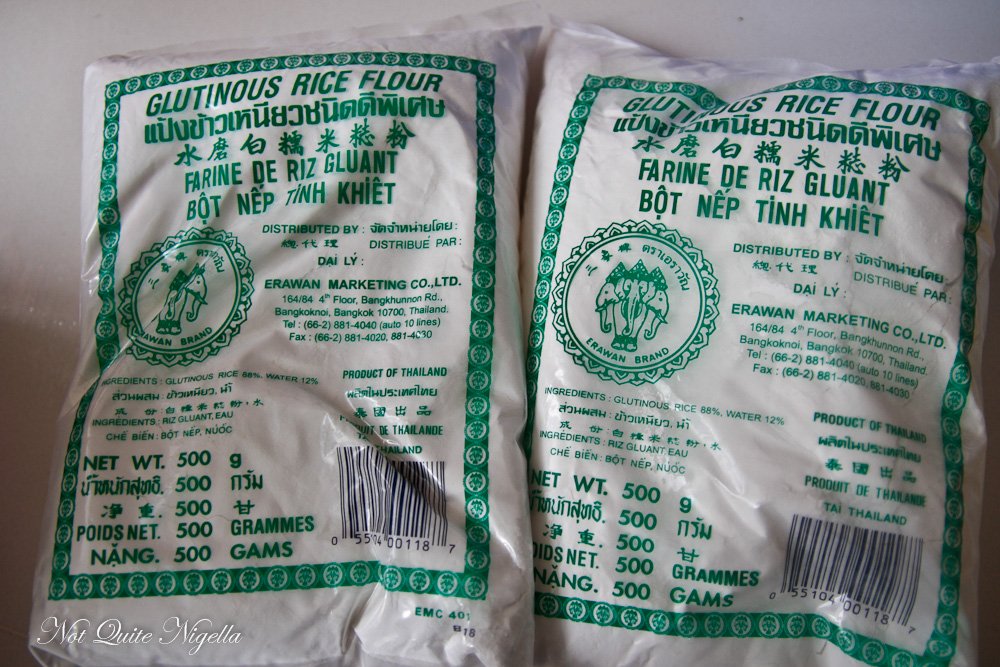 Step 2 - Mix all of the filling ingredients together to form a paste and refrigerate for 30 minutes to firm up. Fill a steamer pot with water and put onto the boil. Line the insert with parchment or cabbage or lettuce leaves. 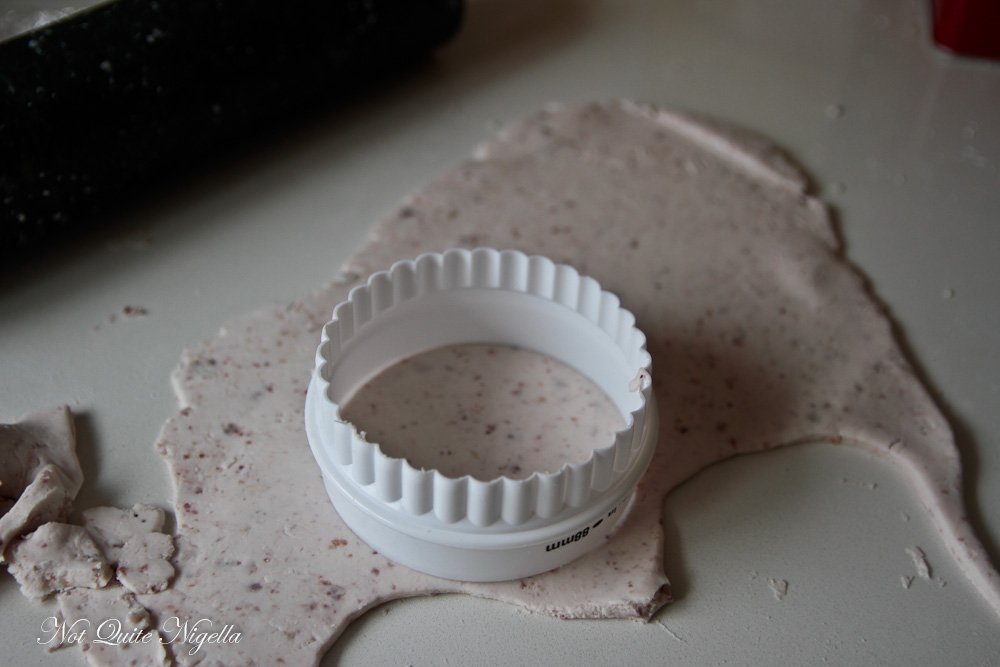 Cutting out circles of dough 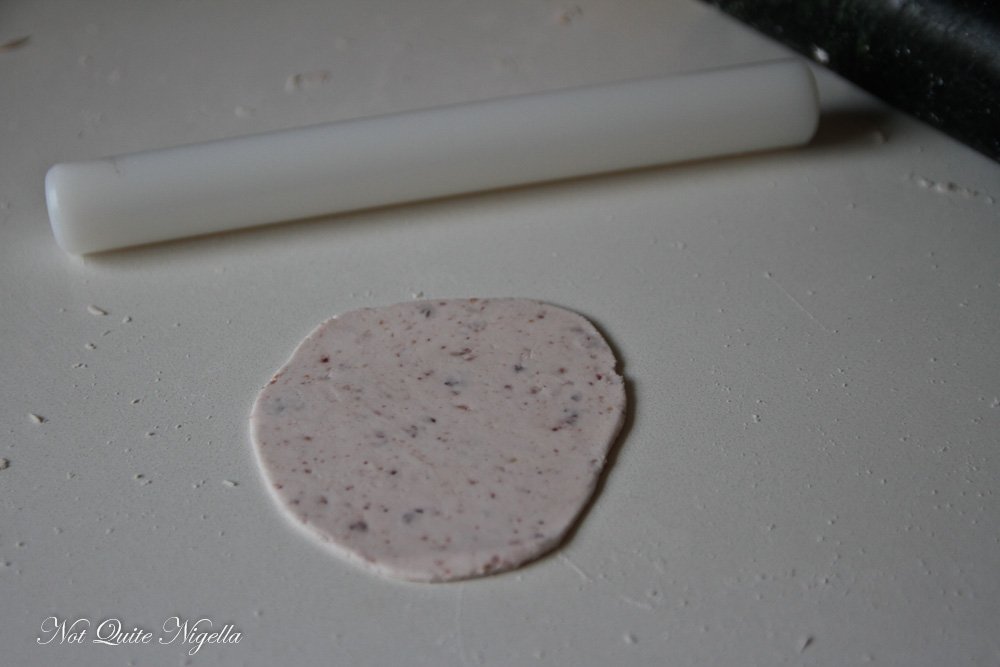 Rolling out circles of dough 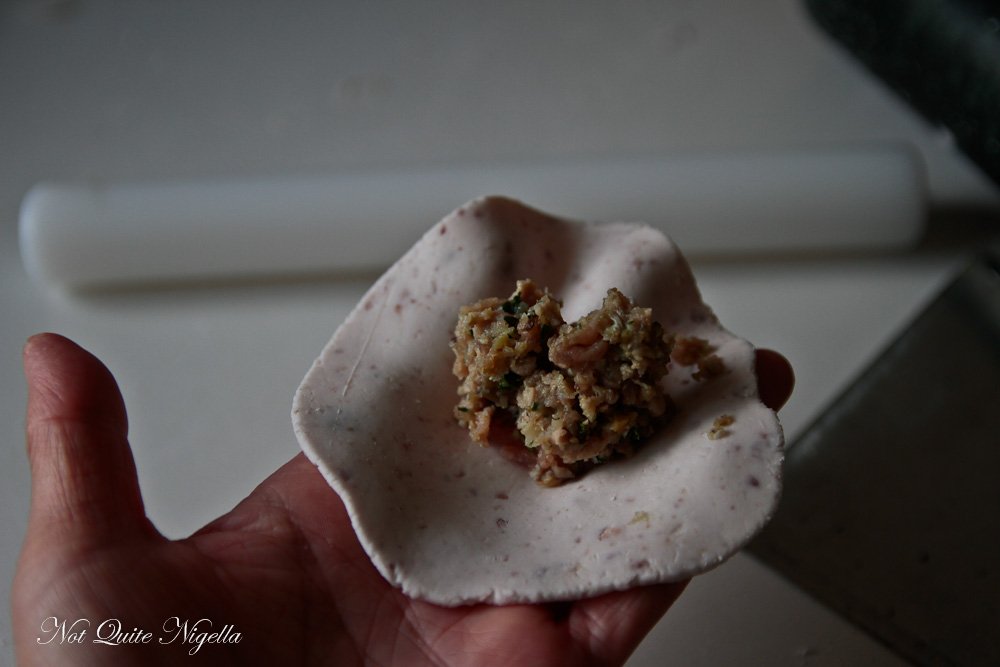 Step 3 - You can either roll out the dough and cut circles out or you can roll the dough into a log, slice it into even pieces and then roll each round out (the traditional way). Fill each round with a teaspoon of the filling - don't fill it up too much or they will burst. Pinch together the ends-there's no need to add water to this dough. Place in the lined steamer insert making sure that there is some space between each dumpling for them to expand. They should not be touching. 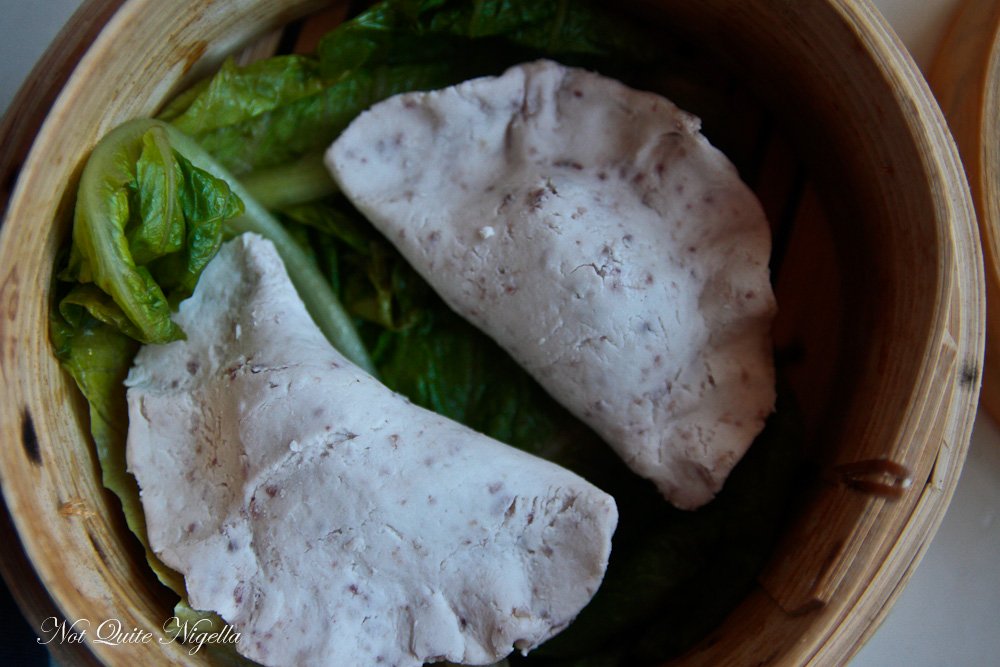 Step 4 - Steam until the skins turn translucent and the filling is cooked through. Serve with chilli and soy sauce. The skins will become less translucent on cooling.