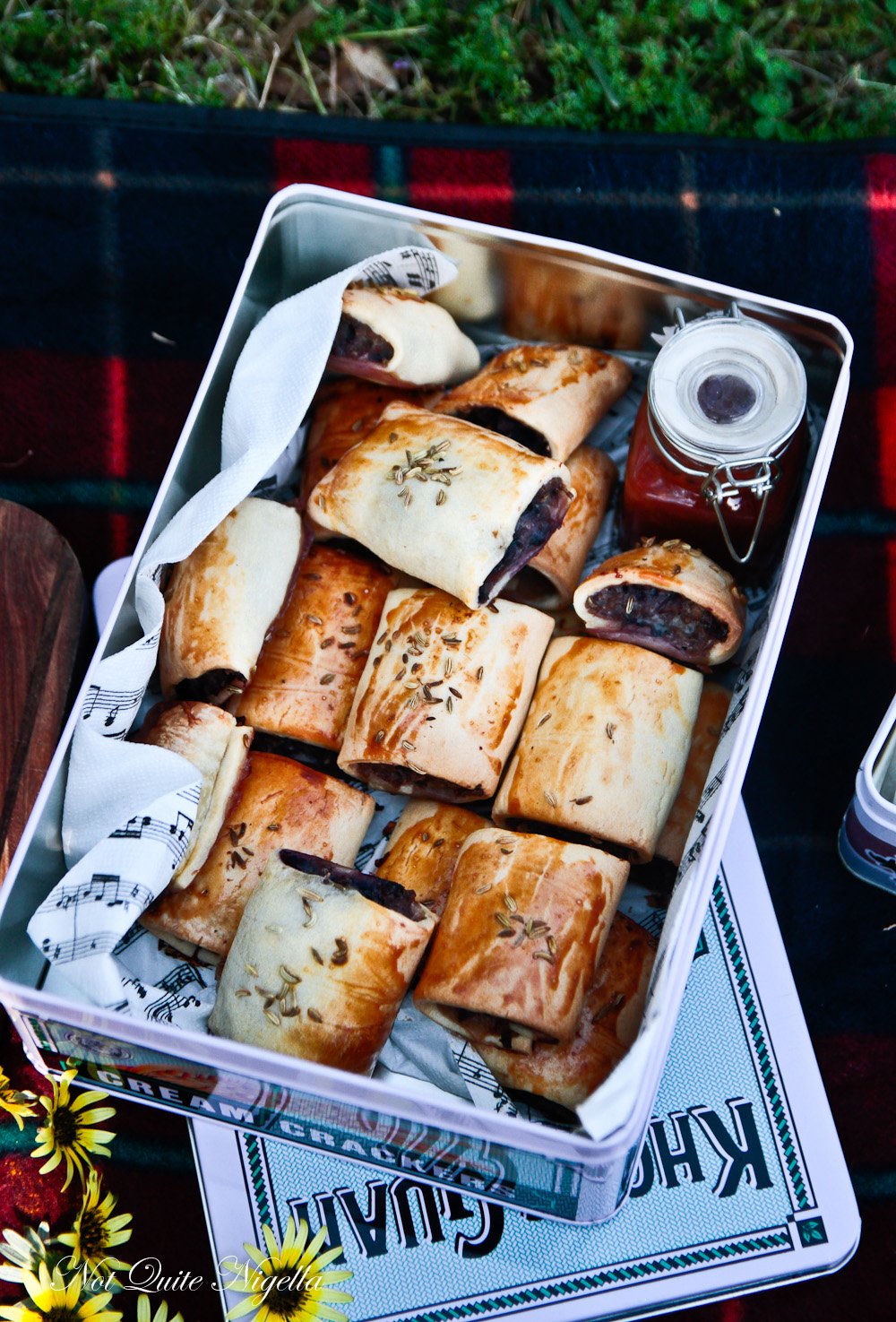 A couple of weeks ago, Mr NQN, Belinda and I piled into our car and made our way out to a drive in movie. These are rare nowadays and Sydney only has one remaining drive-in still open. Having never been to one before I was ridiculously excited about the prospect and to sweeten the deal, they have a diner serving food for the complete experience. For weeks we waited until a movie that we wanted to see was on and when the magic words "Gone Girl" flashed up, we booked our tickets.

The drive to Blacktown is about an hour or so but we were undeterred. However we started to become concerned when we hit a wall of lights. There were hundreds of cars all waiting to get in and suddenly the fat chunk of time that we had put aside to eat gradually diminished as we waited in the queue for over an hour.

As we edged closer inch by inch, we could see Ben Affleck's face so they had obviously started the movie even though most customers hadn't driven their car through their front gate. When I got to the front I asked the man in the white overalls about the delay. He blamed the customers who weren't prepared with their tickets. 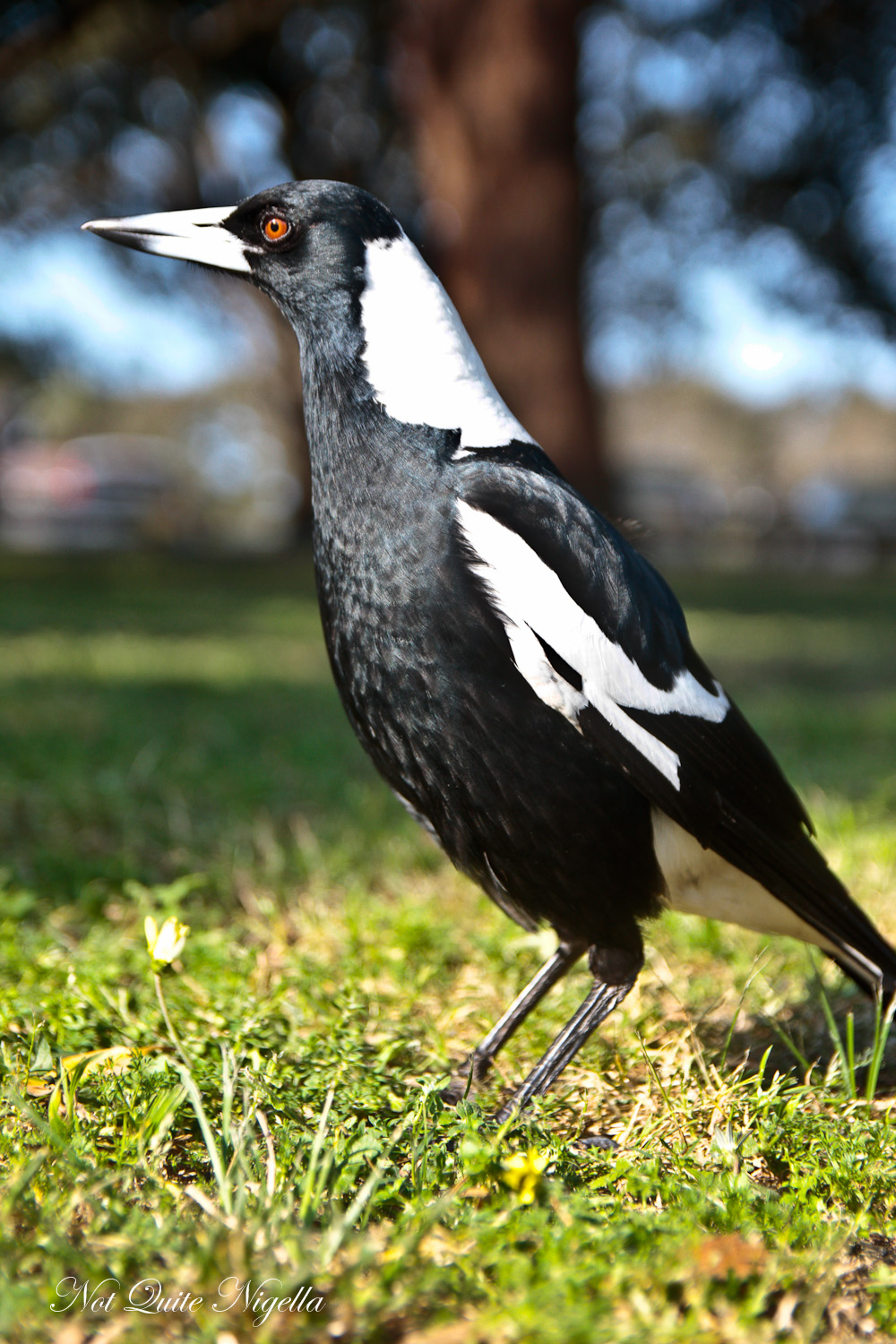 Having missed the first half hour, we were cranky and out of sorts. Belinda couldn't see from the back seat but Mr NQN had decided that he was going to get some food for us and she sat switched to the front seat. Our windows fogged up and nothing we could do could rectify it. The food that Mr NQN came back with consisted of dried rolls and drier patties and unsalted fries. He curled up in the back seat in a foetal position and slept while Belinda and I tried to decipher the movie through our fogged up screen.

"Is that the Ben Affleck's penis shot?"

It was so bad it was actually funny. Well it turns out that seasoned drive in regulars actually bring their own food to the drive in and if anything, they just buy ice creams at the kiosk. Had I known this, I would have brought these sausage rolls. They're much easier to eat in a car than a burger and much tastier than anything that we took a bite of that night.

Pork and fennel are a classic sausage and sausage roll combination but adding chestnuts in gives it that added sweetness that pork so benefits from. I know that we are out of chestnut season but you can buy frozen chestnuts by a brand called Chez Nuts. I was sent a box to play with and used them in this. When we ate this during a picnic with Belinda and her girls Mia and Ruby they were a hit. Not just with the humans but with this magpie. It was a brave creature that came up to us specifically to steal a wheel of brie! Gourmet magpie anyone?

So tell me Dear Reader, do you ever bring your own food to festivals, drive in or events? Have you ever been to a drive in? And seen any good movies lately? 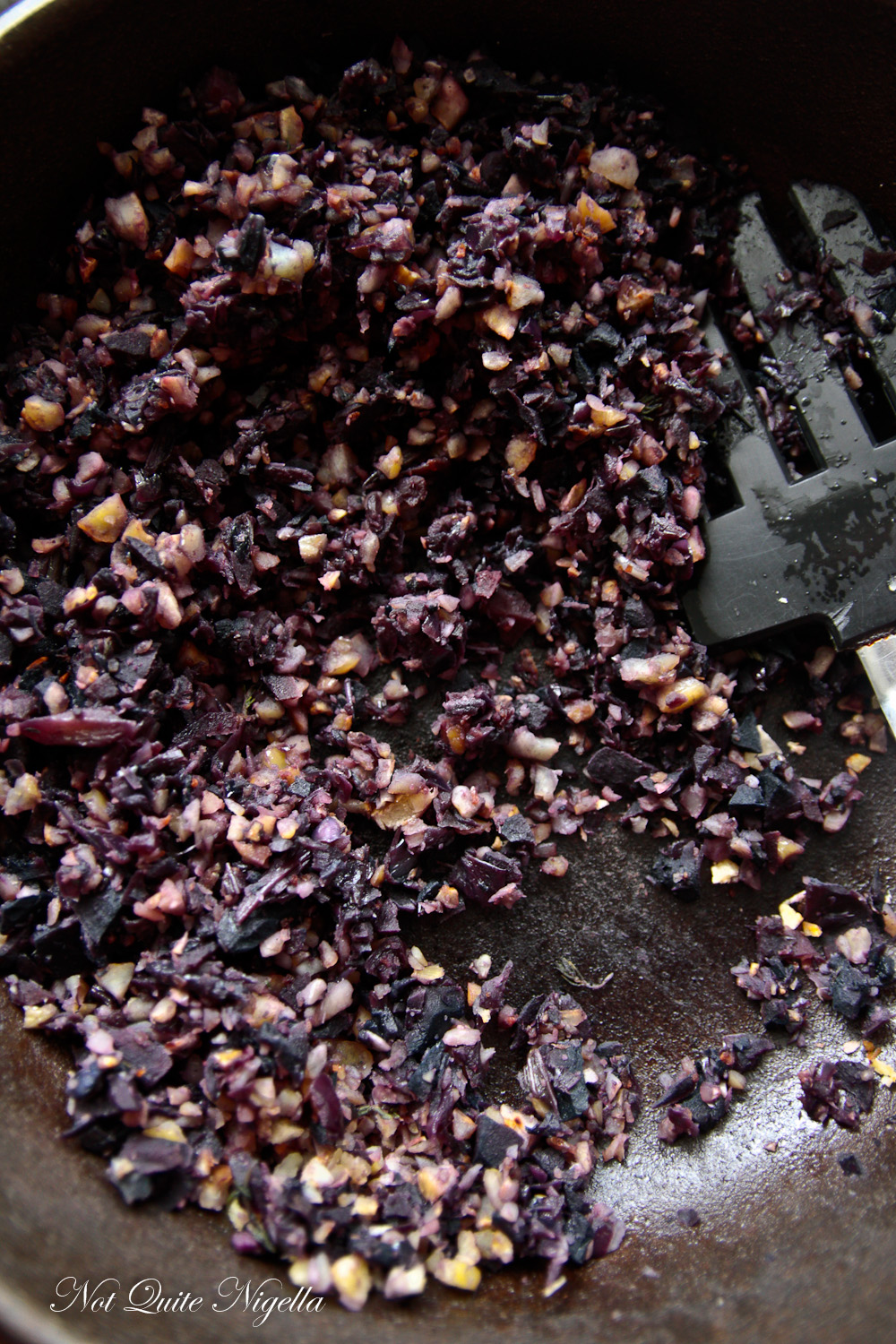 Step 1 - Heat the oil in a frying pan set on medium heat and fry the chestnuts for a few minutes until fragrant. Add the onion, carrots, celery and thyme and fry until everything is soft and fragrant. Remove from heat. 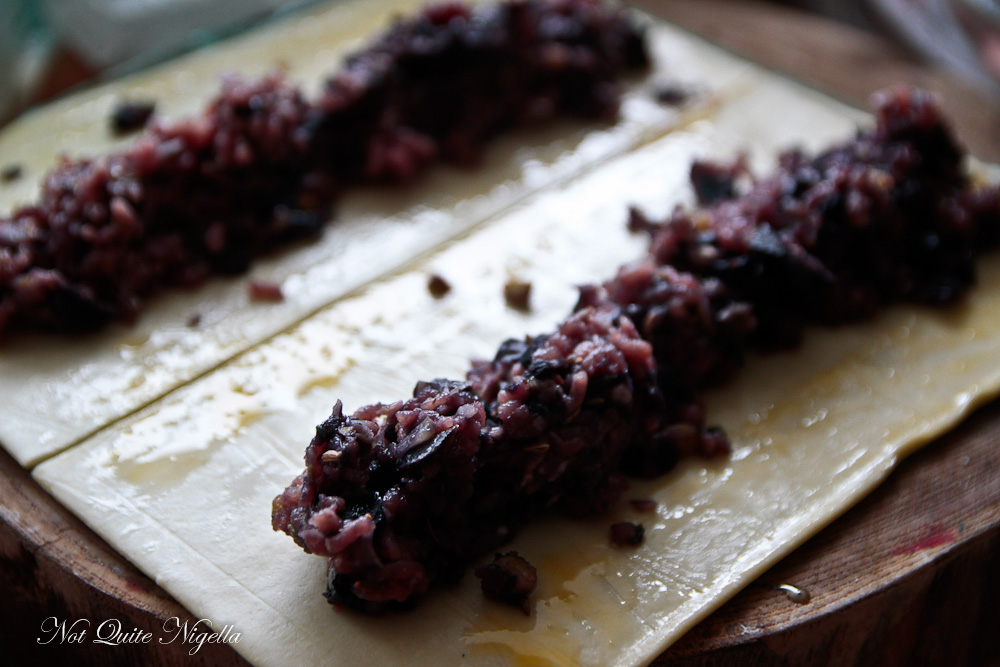 Step 2 - Thaw the pastry sheets and preheat oven to 220C/440F. Line two trays with parchment. In a bowl add the egg, mince and crushed fennel seeds to the bowl and empty the sauteed onion mix on top. Mix with your hands and add seasoning. Taste by cooking in the frypan to check for seasoning. 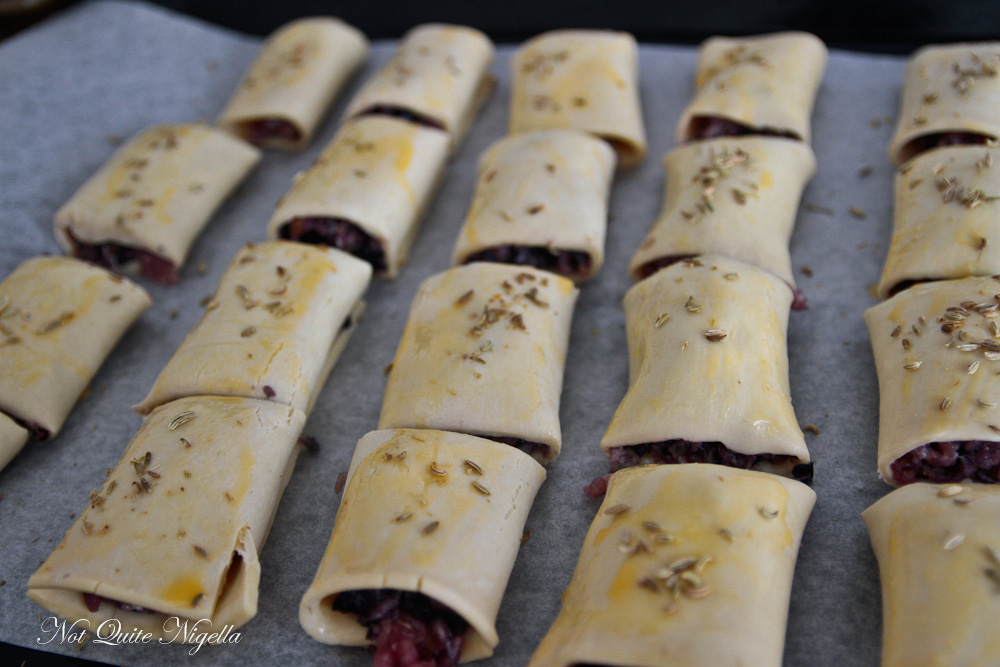 Step 3 - Lay out pastry squares and cut in half so that you have two rectangles per sheet. Brush one side with the egg yolk mixture and place a log of the mince mixture in the centre and roll out using the egg yolk and a little gentle pressure to bind the pastry. You can cut them into whatever sizes you want. Place onto the prepared tray and brush with egg yolk and sprinkle with fennel seeds. Bake for 25 minutes or until golden.