Easy Chicken in a Rice Cooker 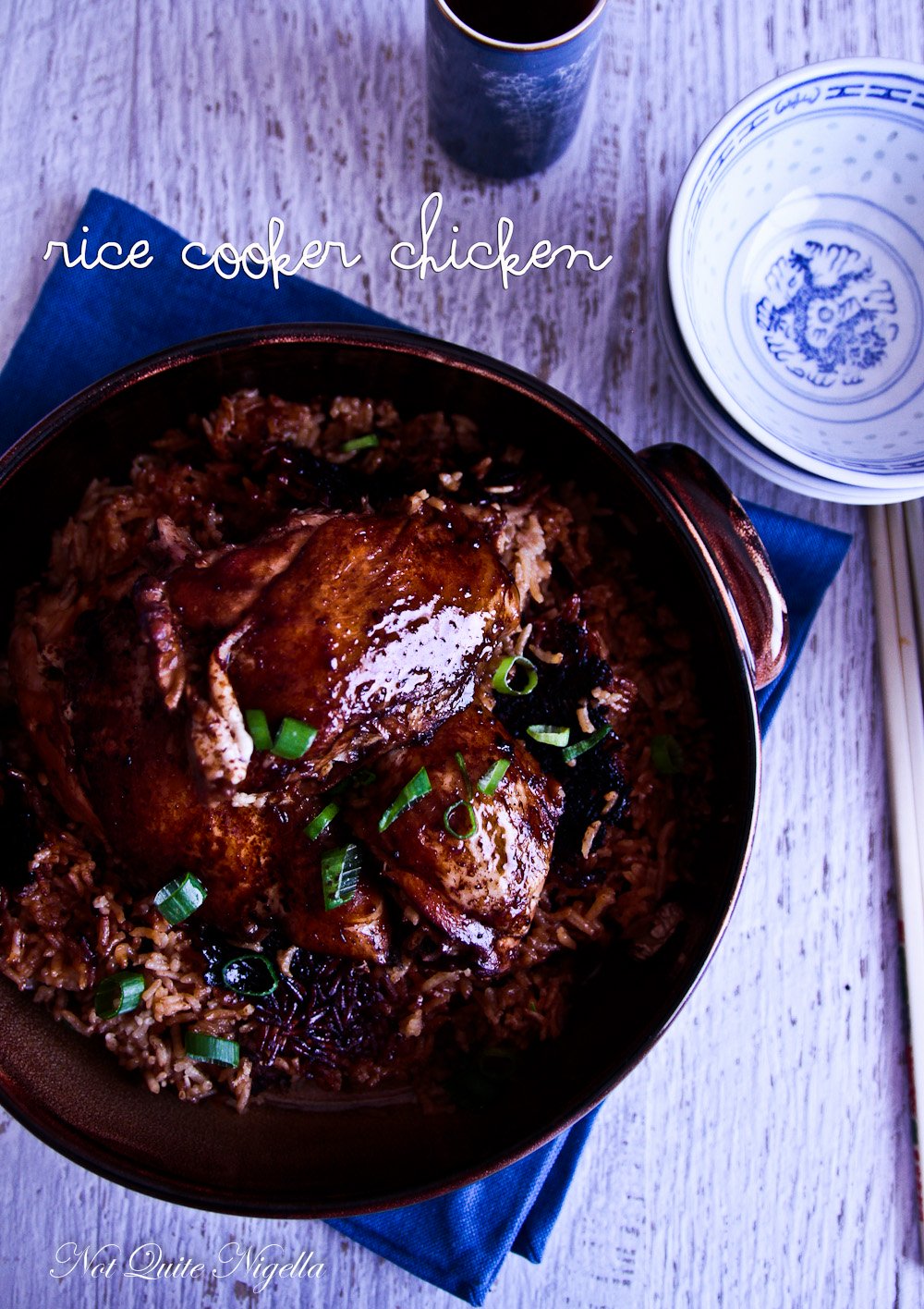 This simple "one pot" dish is actually cooked entirely in a rice cooker (a slow cooker can also be used). The chicken is marinated in a simple but delicious marinade and then flavours the rice on which it gently cooks resulting in a flavoursome chicken and rice dish that needs no attention once you put everything into the rice cooker.

Mr NQN and I have a dreadful little secret. You see whenever we talk to each other, we use slang and speak gangster style. This has been happening ever since we saw our first episode of the television show Ali G and it hasn't stopped since. 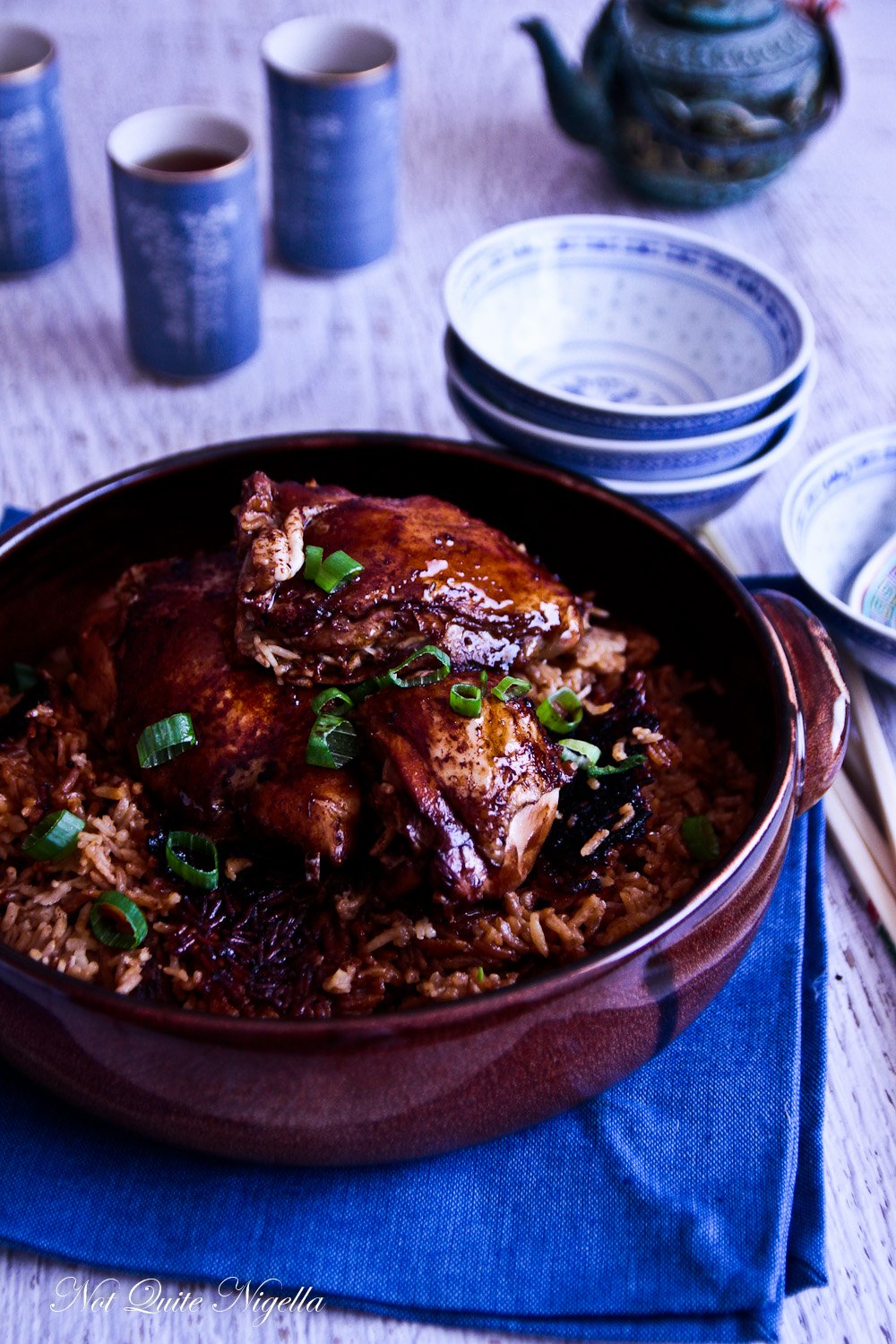 It's a little embarrassing and mostly conducted over What's App. It's a messaging app that I only tend to chat to him and my trainer Nina on. I'm forever sending her messages that are meant for him. Sometimes they're lovey dovey (well on my side at least) and sometimes they're perfunctory and practical. 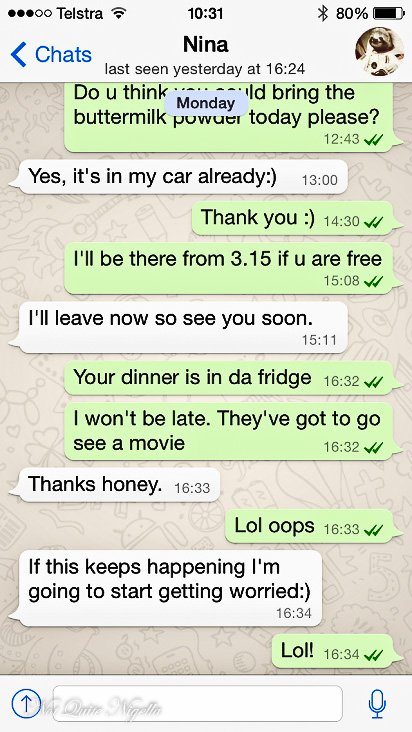 The other day I sent him a message that went to her. I didn't even notice until I received her response of "Okay thanks honey". I did a double take because I realised that Mr NQN never calls me honey. "Arrrrggghhh" I groaned. Luckily Nina is so used to me sending her messages destined for Mr NQN that she took it in her stride. I was more embarrassed that she saw our gangsta-speak. And if you know me, you'll know that I am the least gangsta-like person followed by hippy Mr NQN!

Anyway, my message involved this chicken dish. I was going out that evening and had left Mr NQN his meal in da fridge...ahem the fridge. It was a very busy day and all I wanted to do was get dinner ready without having to fuss or flutter over it. Enter this easy chicken recipe! 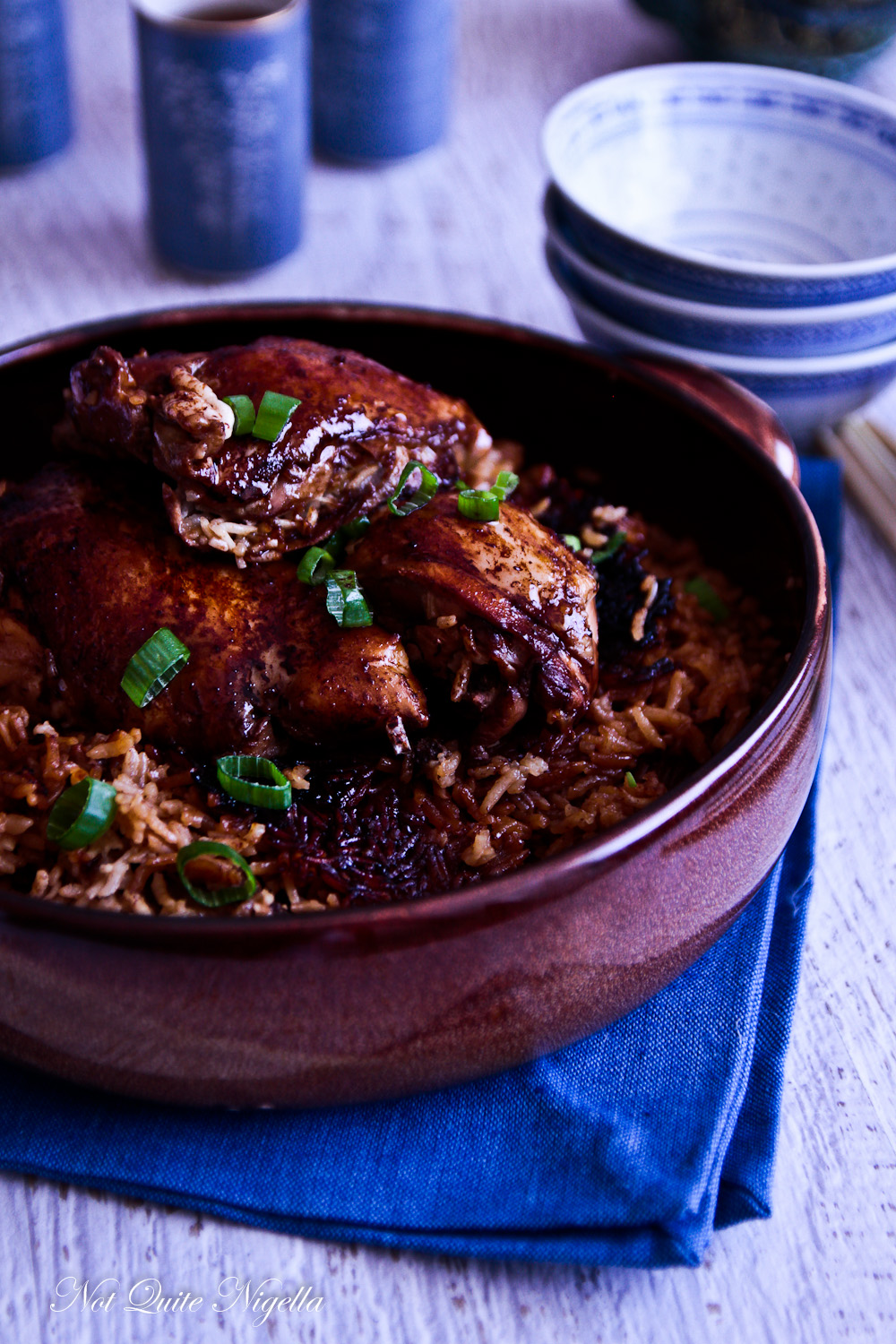 The chicken marinates for anything from 15 minutes to overnight and then sits on top of rice that is also flavoured with some of the marinade. After that you just leave it alone to do it's thing and what results is tender, flavoursome chicken with soft, fluffy, flavoured rice underneath. My favourite bits were the crispy-ish pieces on the bottom. If you want to add vegetables, you can use shiitake mushrooms and simply bury these under the chicken in the rice. And if you don't have a rice cooker, this can also be done in the slow cooker or pressure cooker!

So tell me Dear Reader, would you be embarrassed if other people saw your texts to your significant other? And do you ever cook with a rice cooker? How about a slow or pressure cooker? 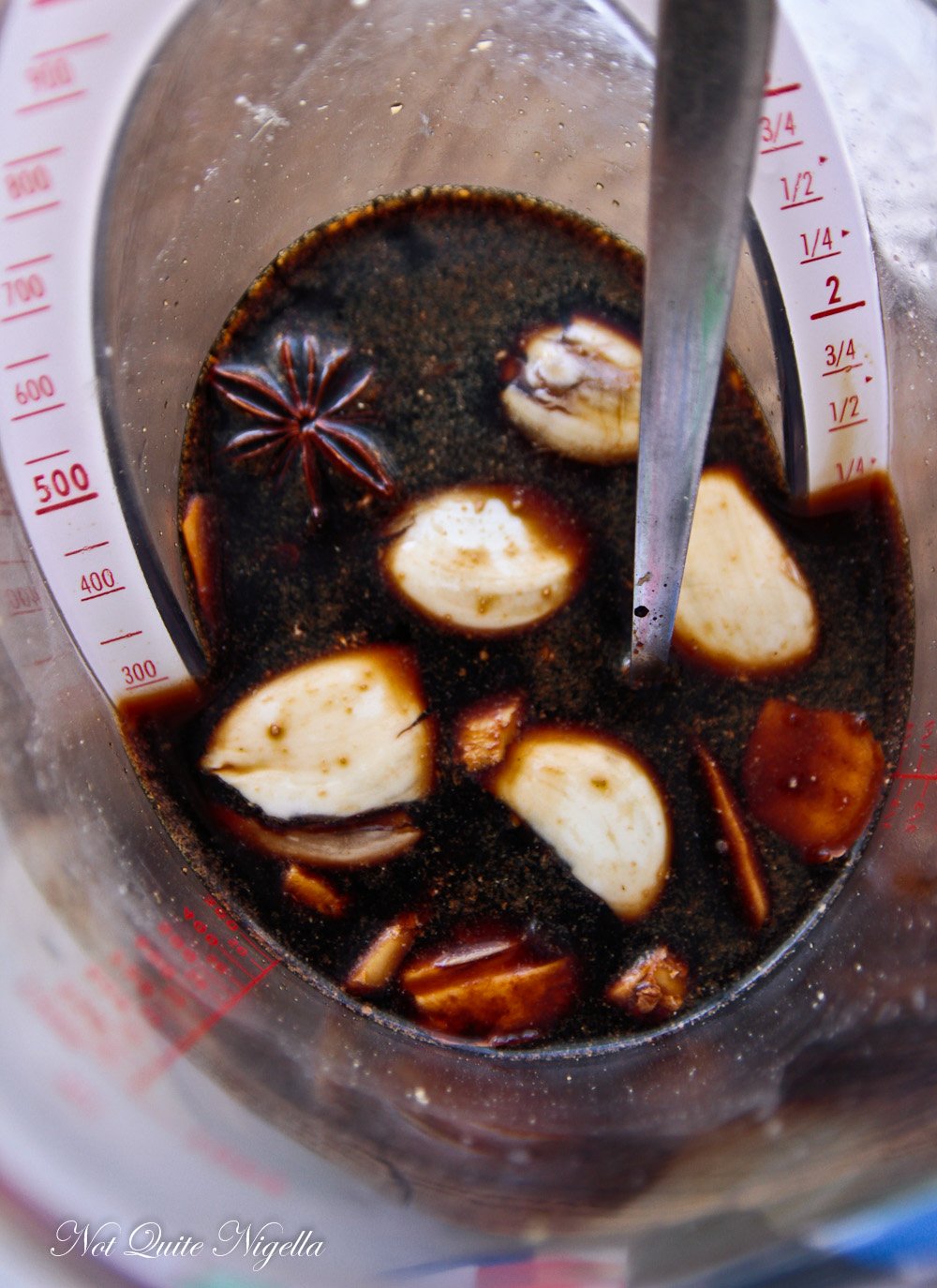 Step 1 - Mix the soy sauce, chicken stock, brown sugar, garlic, ginger, star anise, dark soy sauce together. Marinate the chicken in this-I use a ziplock bag and turn it a couple of times. Marinate it for as little as 15 minutes or as long as 24 hours. 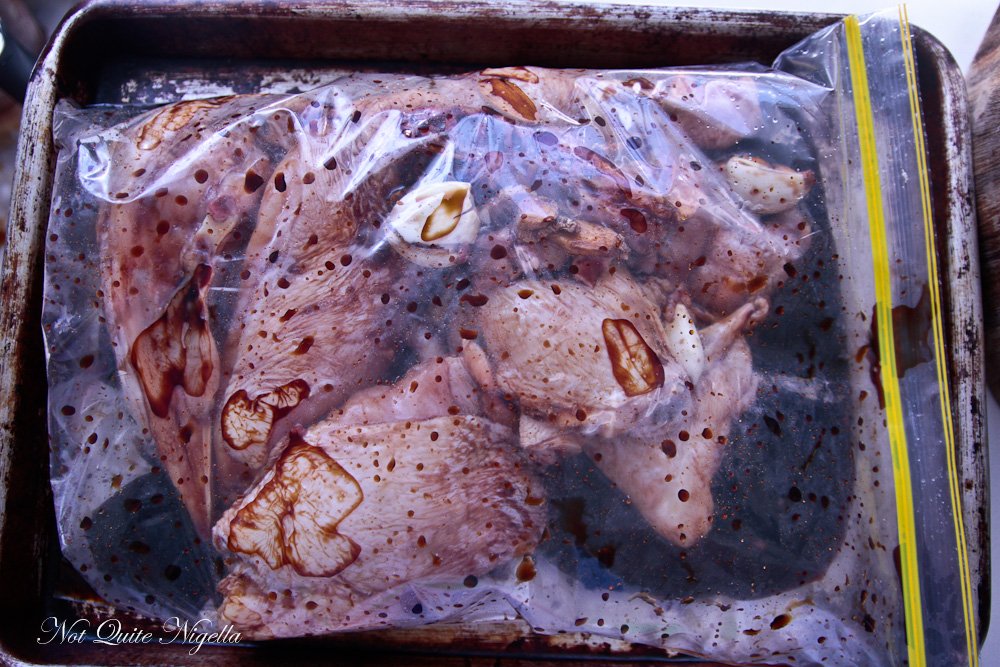 Step 2 - Wash the rice until the water turns clear and place in the rice cooker. Cover with 1 cup of water and 1 cup of the marinade liquid. Place the chicken on top and cook until rice is tender and chicken is cooked through-about 45 minutes. Drizzle with sesame oil and green onions.

Timing for slow cooker (an estimate): cook in low for 5-6 hours or high for 3-4 hours. Check chicken and rice for doneness.

Timing for pressure cooker (an estimate): cook on medium pressure for 15 minutes. 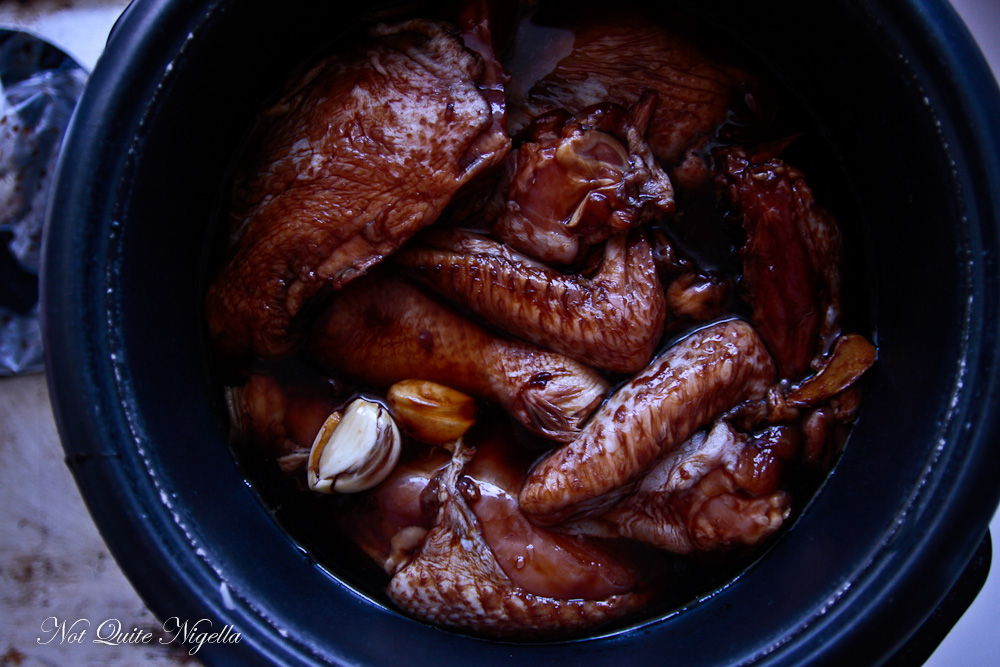