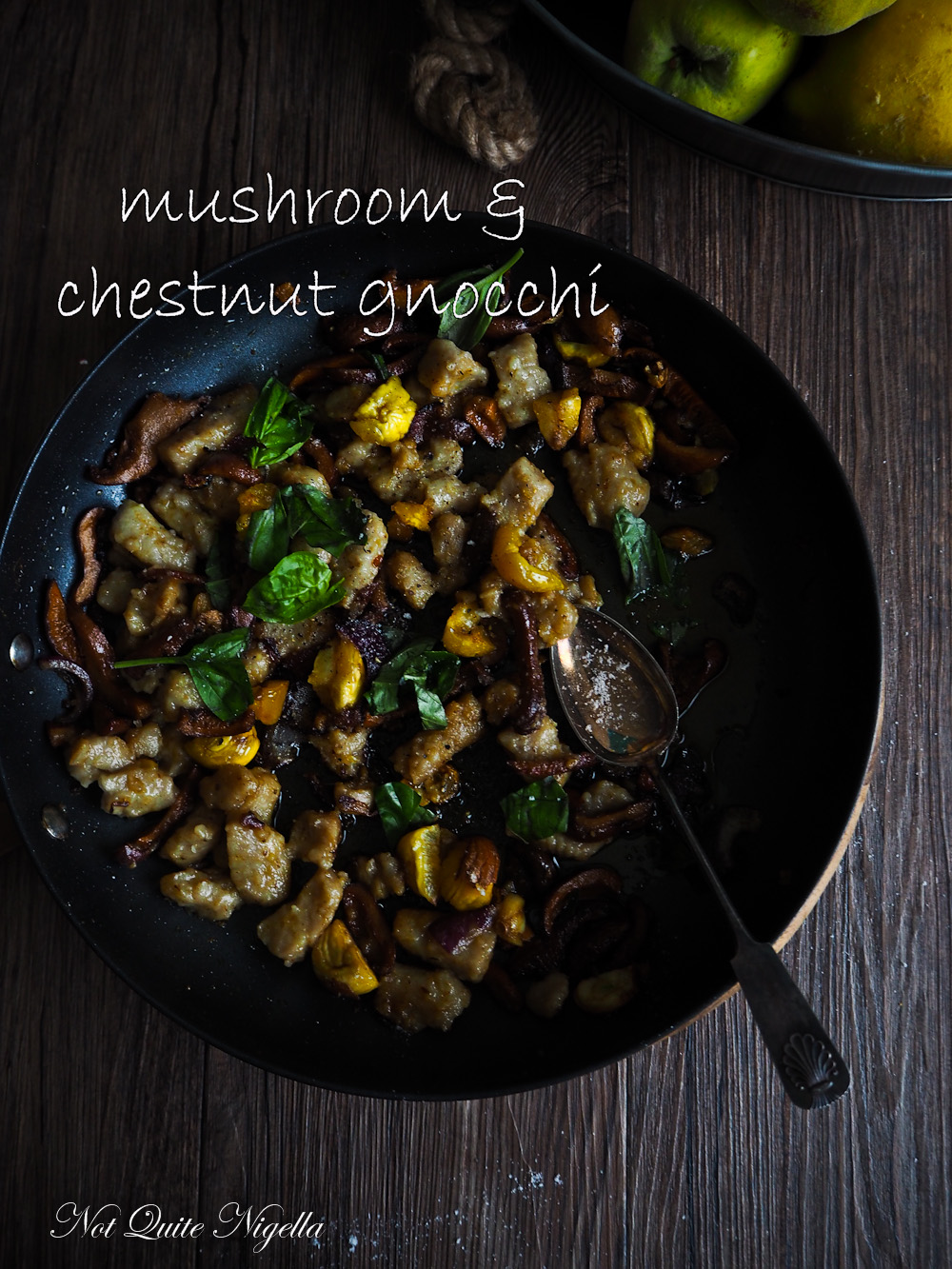 The change of the seasons to the cooler weather of Autumn is a blow softened with the onset of Autumnal produce. Chestnuts start to make an appearance when the weather starts to drop and these sweet, nutritious gems are sometimes under-utilised here in Australia while they are prized in Europe. This is a recipe that combines mushrooms and roasted chestnut in a simple gnocchi dish that is bathed in the nutty fragrance of browned butter. You may not miss summer at all after this!

To say that last was stressful is an ever so slight understatement. There's a point where busy becomes insane and then you start to juggle too many things at once and then you make mistakes. I don't know what it was but everyone that I was dealing with needed things urgently and I only have one pair of hands. And when a journalist from the Daily Mail in the UK asked if she could use my Anzac Biscuit recipe I happily agreed. She then asked me to send her a head shot.

In my haste, I accidentally sent her a picture of me with vampire fangs.

I could almost hear her scream all the way from London.

"Nooo nooo nooo!!" I moaned looking frantically for the proper head shot. I sent it to her apologising for sending her the wrong one and waited with bated breath. Either she could see the humour in it or she'd call me a halfwit. But my email remained silent except for an email the next day letting me know of the feature. Phew! And she used the correct pic because a part of me wondered if they might in haste put up the wrong pic :P. 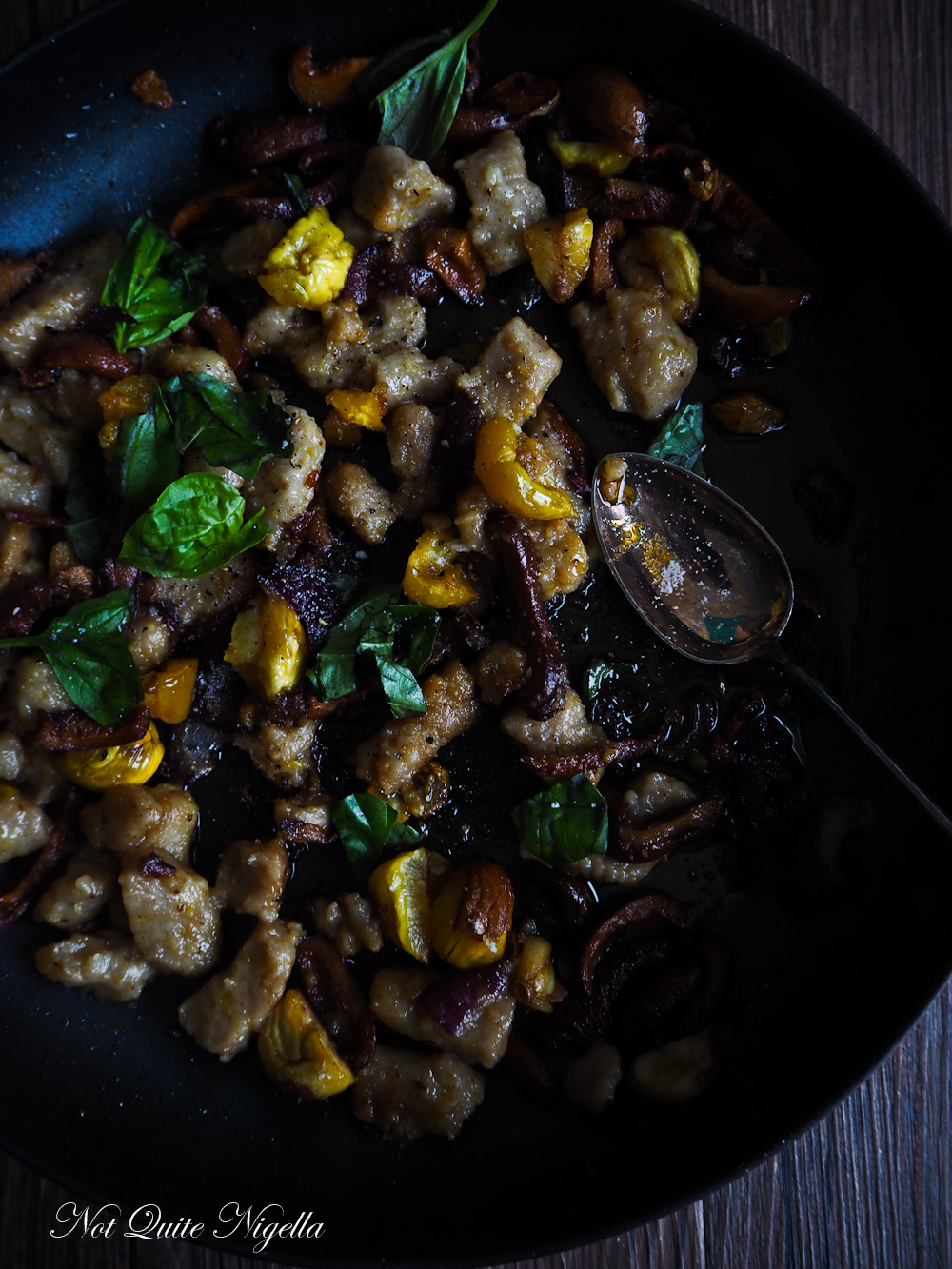 Anyway, the next week I decided I really had to return to a nicer, slower time and be less frantic. Easier said than done really but that was the aim. I had a bounty of produce from our trip to Orange and I channelled my inner farmer forager and made something from that clutch.

I had purchased some saffron pine cap mushrooms, a spectacular orange coloured mushroom that is found hidden under pine needles. They're a mild flavoured, firm, rubbery textured mushroom that stains fingers a bright orange. To it I added some chestnuts, freshly roasted so that they were soft and sweet and then I thought that it might go well with some chestnut gnocchi so I made a batch of that. I'm not sure about the chestnut gnocchi - it wasn't quite as easy to roll and light as regular but it had a great sweet chestnut taste. I guess it's up to you which you prefer but if it is your first time making gnocchi I'd suggest using all regular wheat flour and save the chestnut flour to when you are up for a challenge!

As for me I'll be allocating a bit more time than usual on making sure I don't send the wrong picture by email!

So tell me Dear Reader, have you ever sent the wrong thing via email or an email to the wrong person? Do you like chestnuts? Do you have a favourite nut?

Psst, do you want to see the vampire fang picture? Here you are! Scary no? ;) 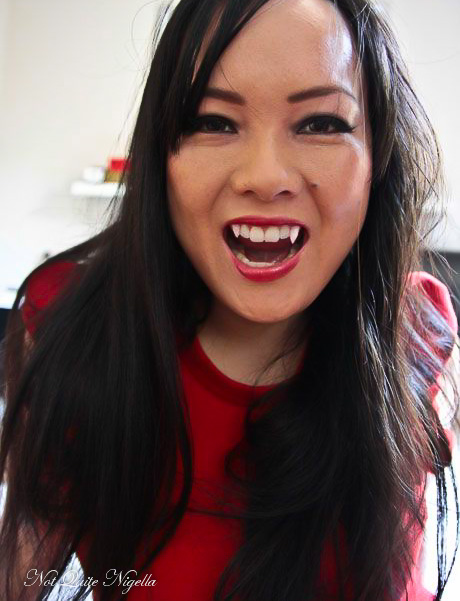 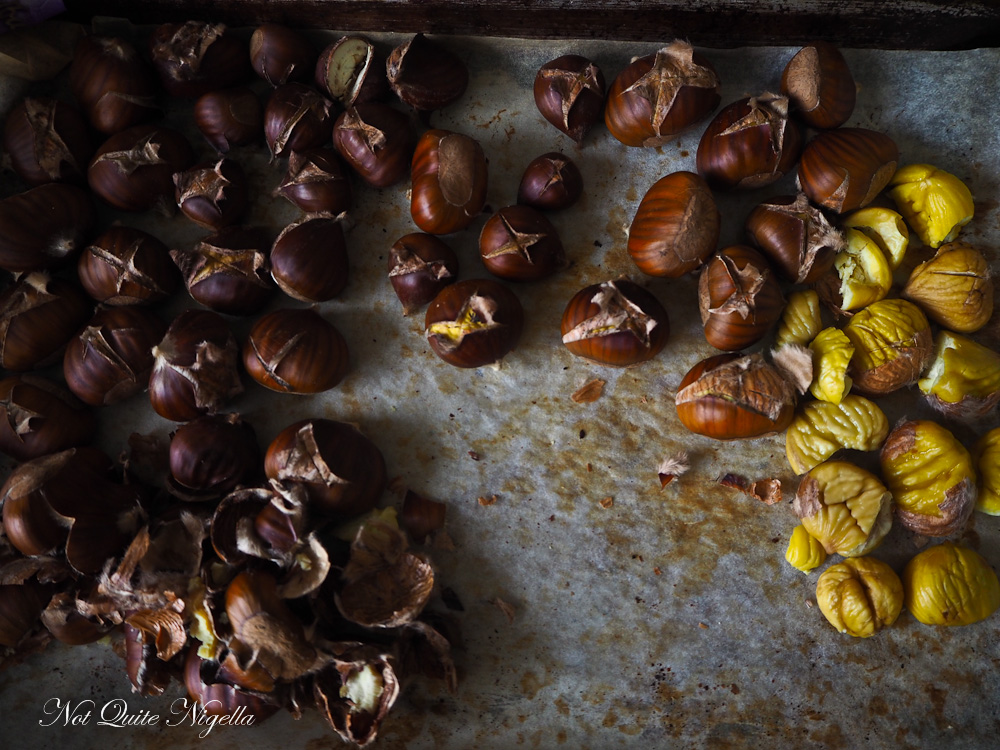 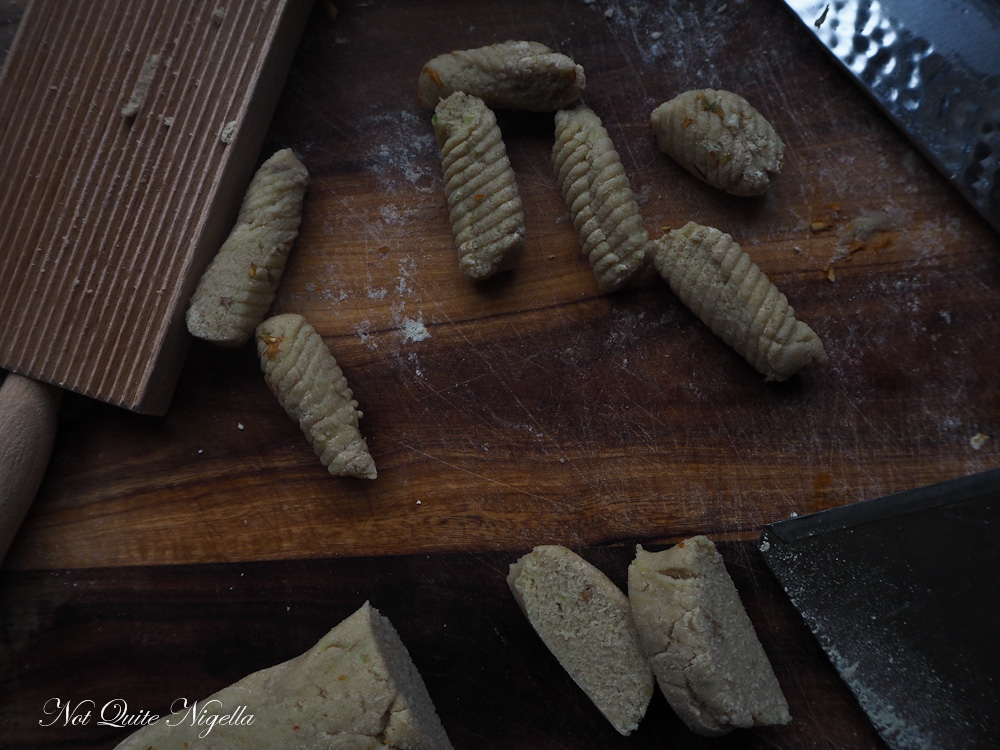 Step 1 - First make the gnocchi. Boil the potatoes in their skins until fork tender. While hot, pass through a potato rice and spread out on a clean surface to cool completely. Once completely cold, put a pot of water onto the boil. Add the flours to the potato and mix (you may not need all of the flour so add this in parts kneading it). Roll out into logs and cut into pieces. You can shape it on a gnocchi paddle or make marks with a fork.

Step 2 - Take a small handful of gnocchi place in the water and when they float to the surface they are done. Drain in a colander. 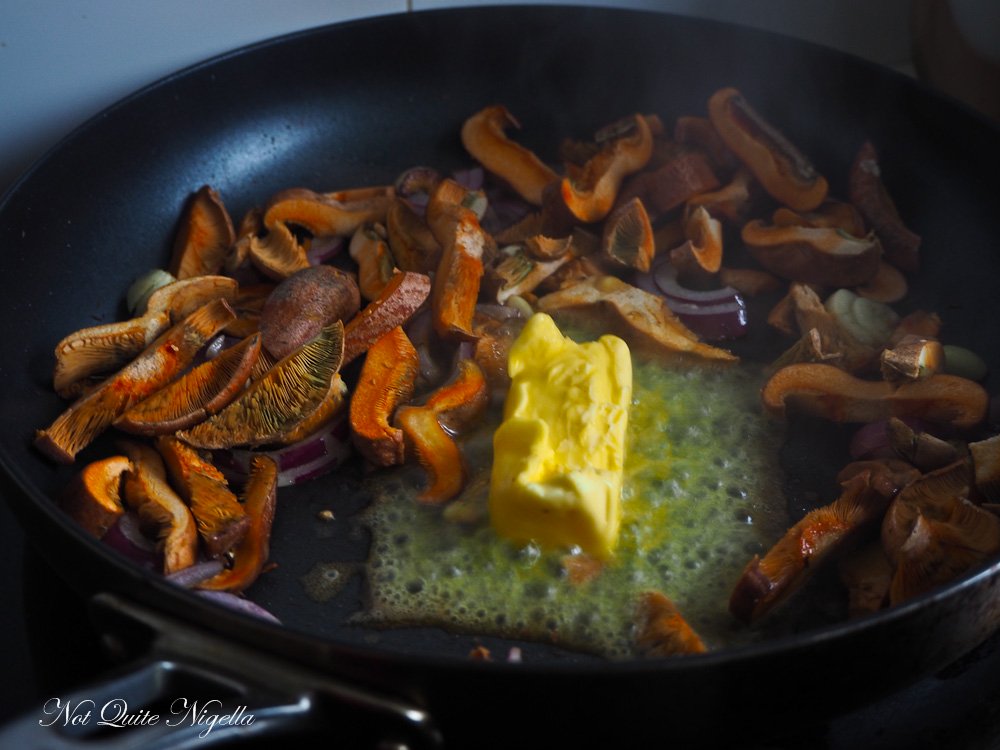 Step 3 - Heat a frypan on medium heat and fry the onion and garlic until fragrant. Add the mushrooms and cook until crispy edged. Add the bacon, chestnuts and the butter and cook until the butter becomes fragrant and nutty and browned. Add the gnocchi and fry on all sides so that they get a nice crispy edge on them too. Season with salt and pepper and serve.