Soup-er Into You! Hungarian Mushroom Soup 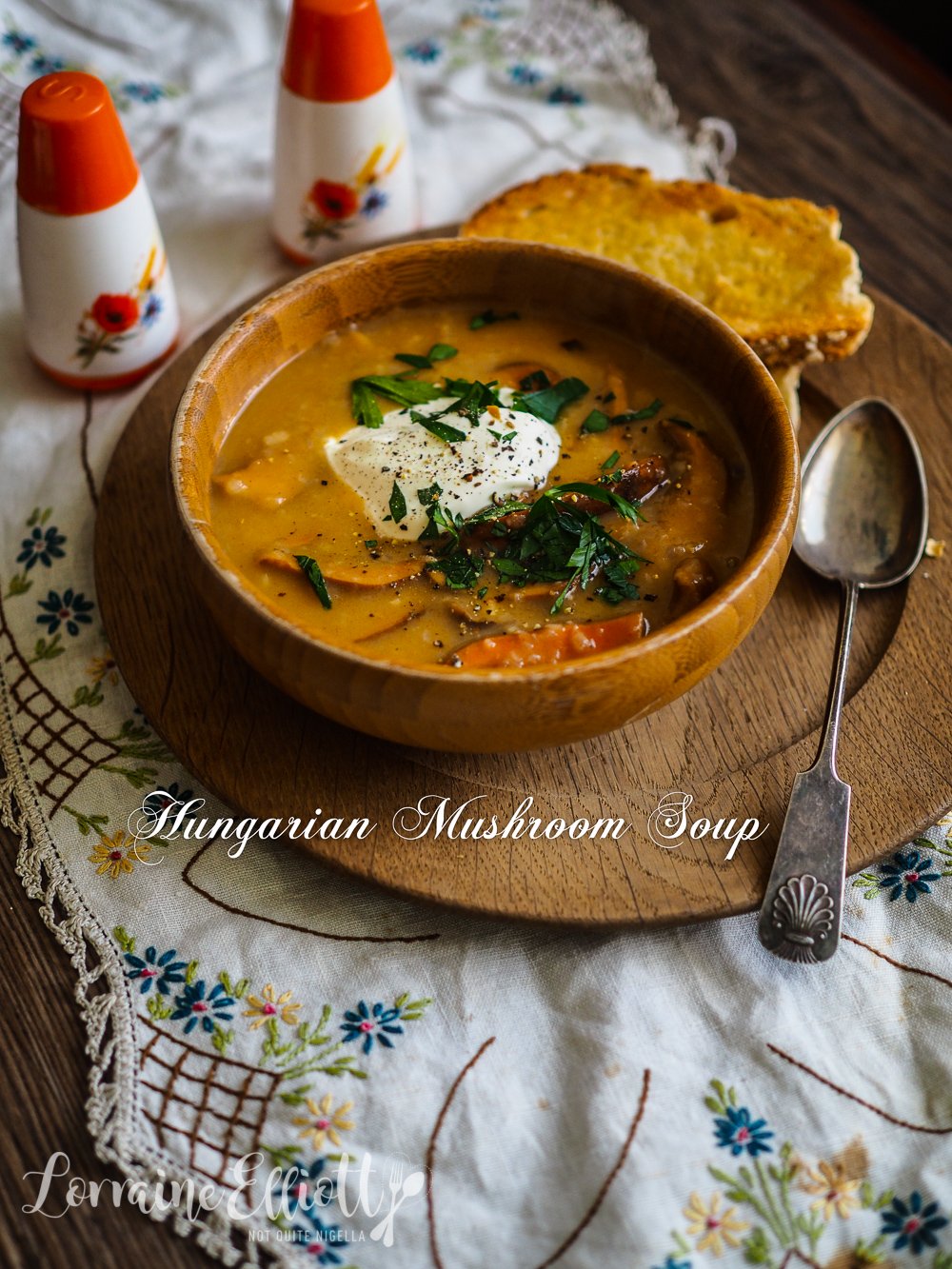 This Hungarian mushroom soup is so simple but so comforting and delicious. And best of all it requires very little effort too! I used saffron milk cap mushrooms but any sort of mushroom will do!

You can make this Hungarian mushroom soup as rich and creamy as you would like. It does have a roux base so that it does thicken but if want it like a broth, simply omit this. For me, I like creamy soups when it is cold and I put an extra big dollop of sour cream in mine. But make it as healthy or as creamy as you want really, it will be delicious either way. 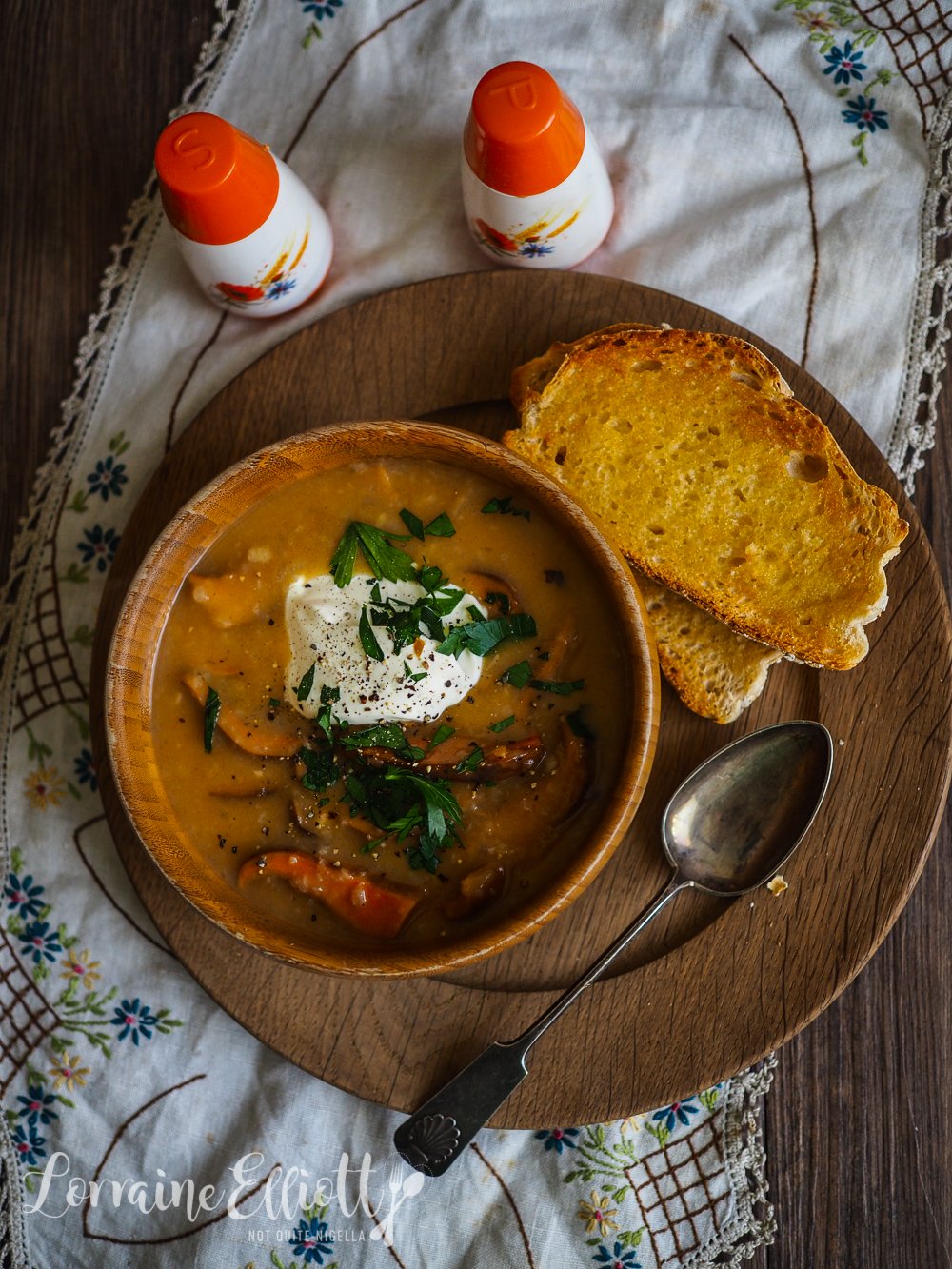 Ever since we went mushrooming Mr NQN has been obsessed. And when we had a four day weekend he suggested that we do it again. My terror at leeches meant that I agreed to support him from the comfort of our own car and would wait there and read a book but I didn't want him wandering into the Belanglo state forest by himself BECAUSE SERIAL KILLERS.

"Why don't you go with Ivy and Ryan?" I suggested because they both expressed an interest in it. They were keen and we set off for the Southern Highlands. We stopped by a place for lunch which satisfied my needs and then they went off to do some mushrooming while I got a manicure and pedicure which I was desperate for. 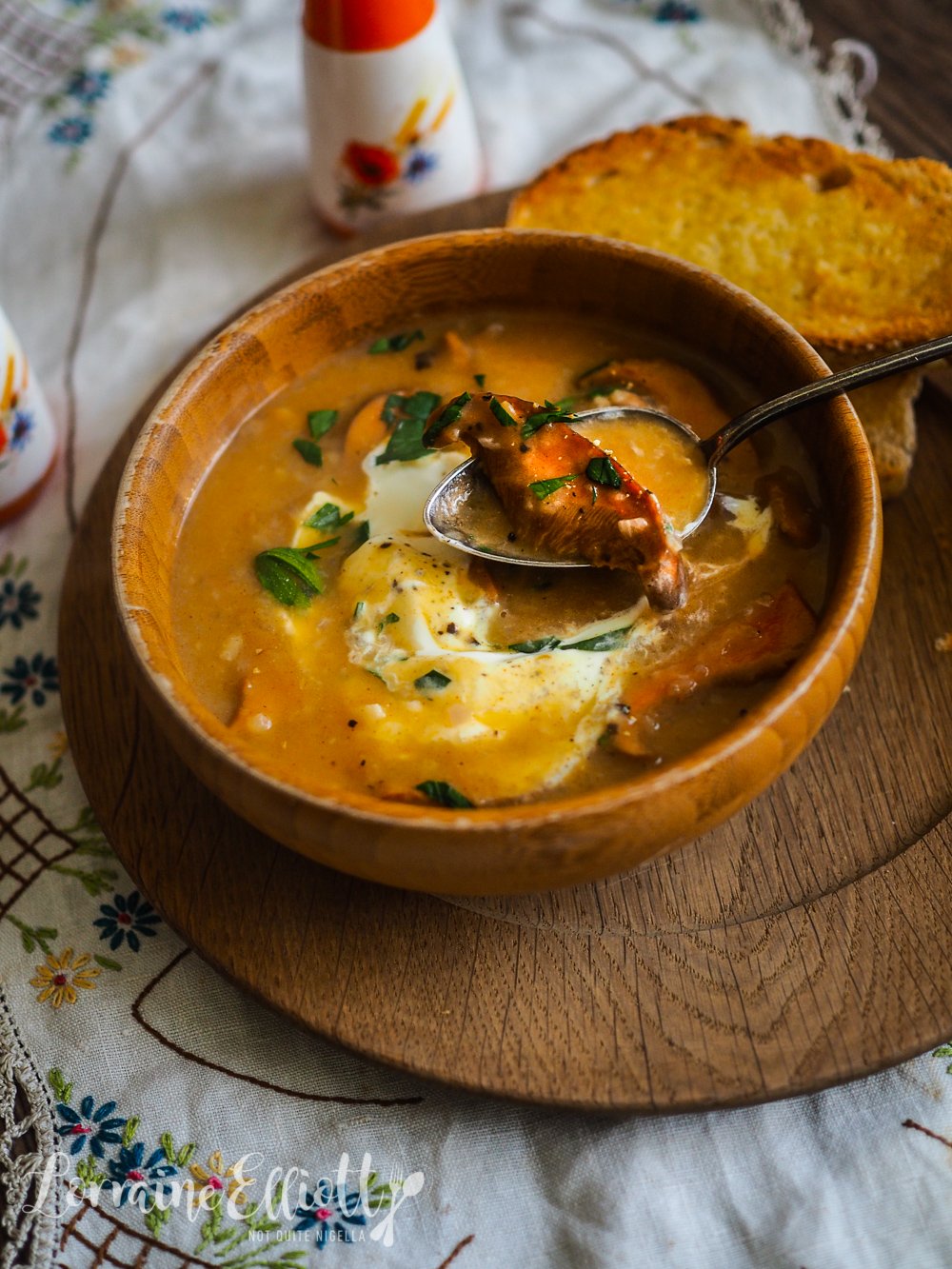 Two hours later they returned baskets laden down with mushrooms. They were thrilled with their haul. They even met a family of three that picked 60 kilos of saffron milk caps! I don't even know what they're going to do with them but at $40 a kilo that was a good day's picking and income!

So tell me Dear Reader, have you been mushrooming? Do you have a favourite mushroom type? And what are you morbidly scared of? 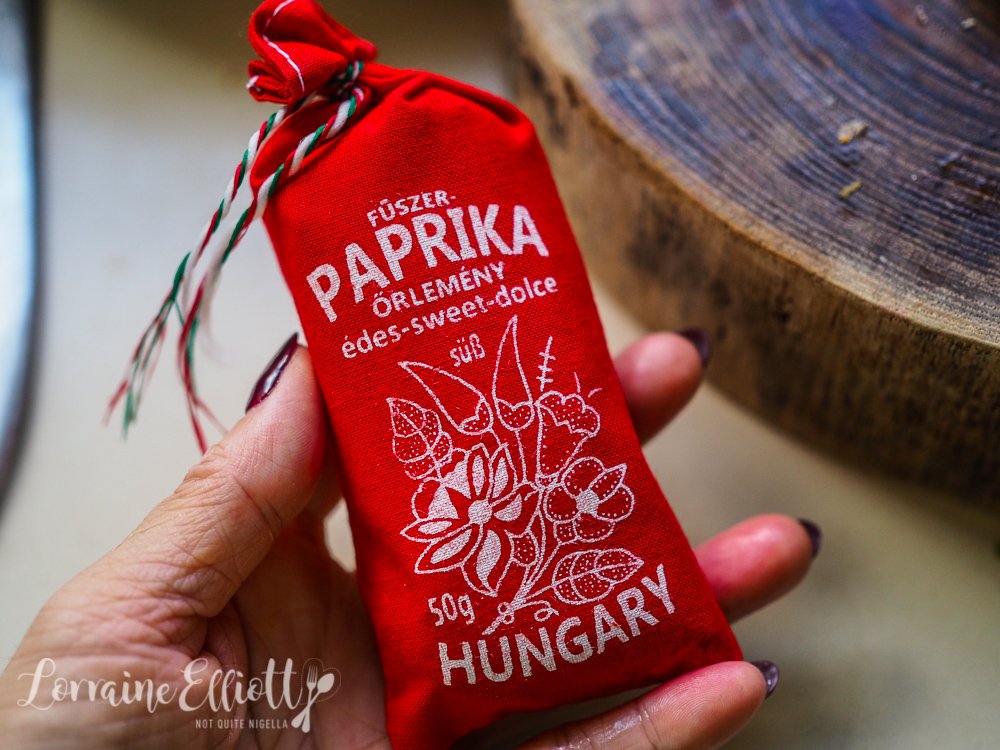 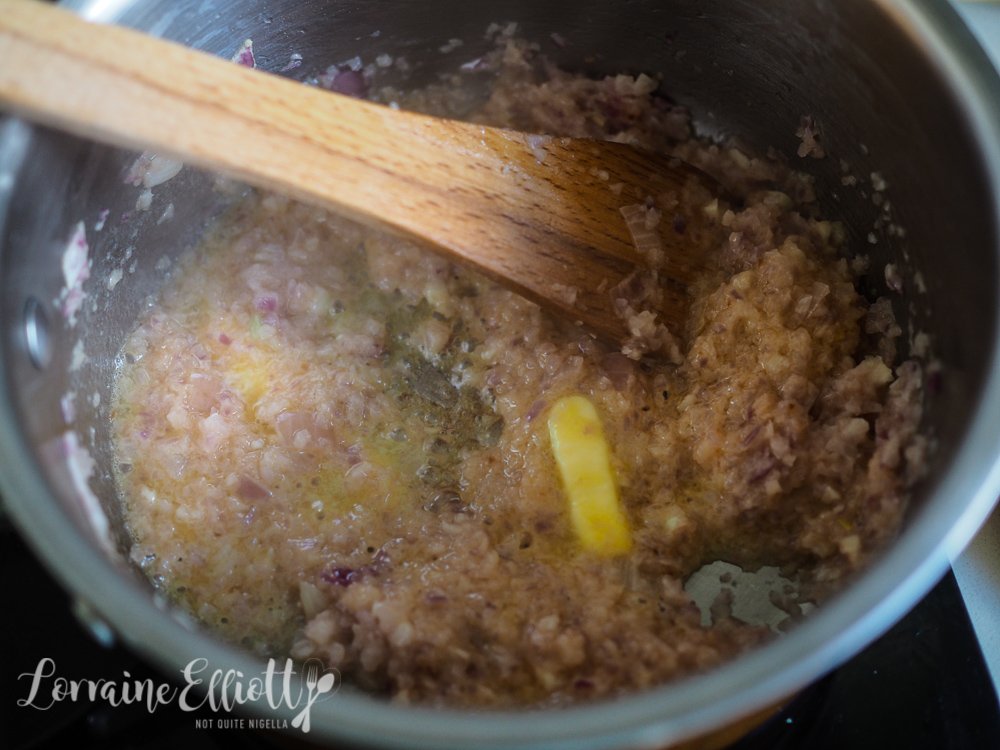 Step 1 - Fry the onions and garlic in oil for a few minutes until fragrant and translucent. Add the butter and melt. Then add the flour and stir to combine. Add the mushrooms, paprika and stock and simmer for 10 minutes or so until mushrooms are cooked through. Serve with a dollop of sour cream and parsley. 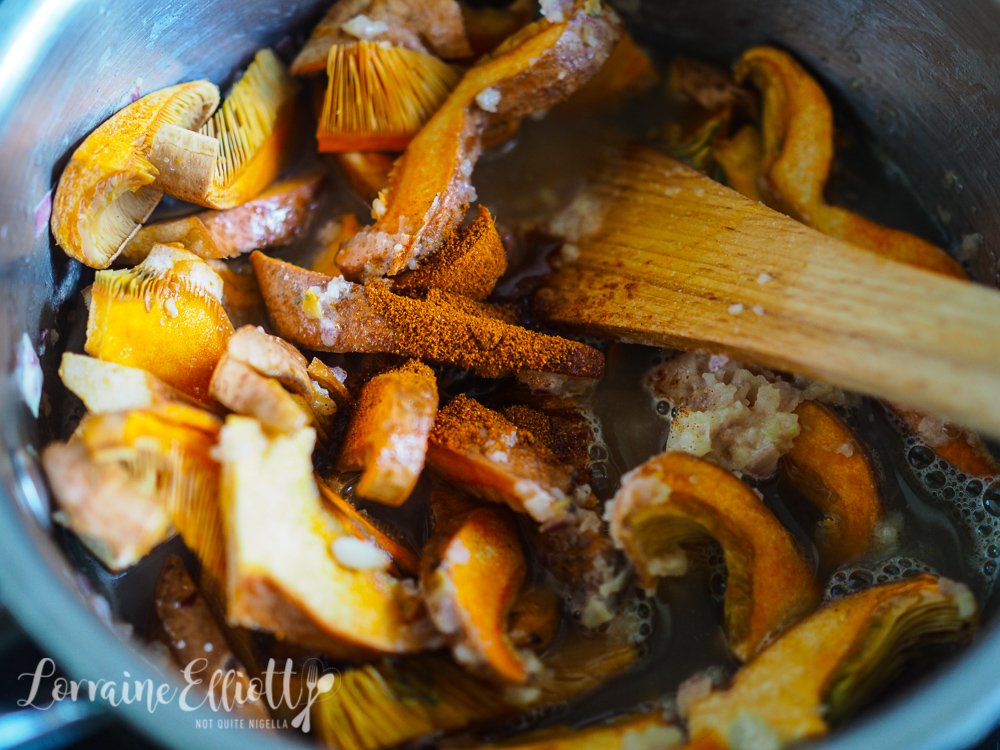 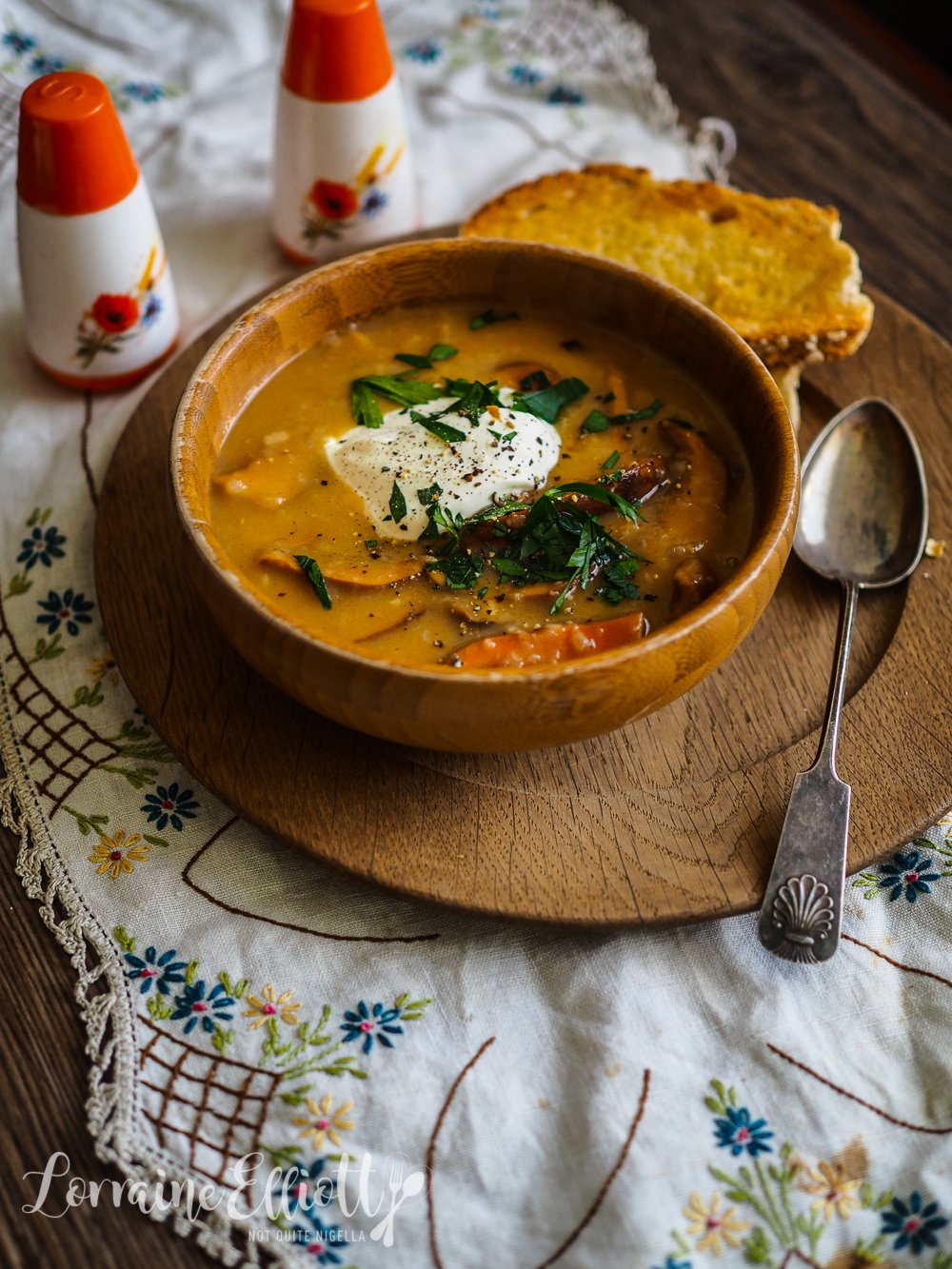