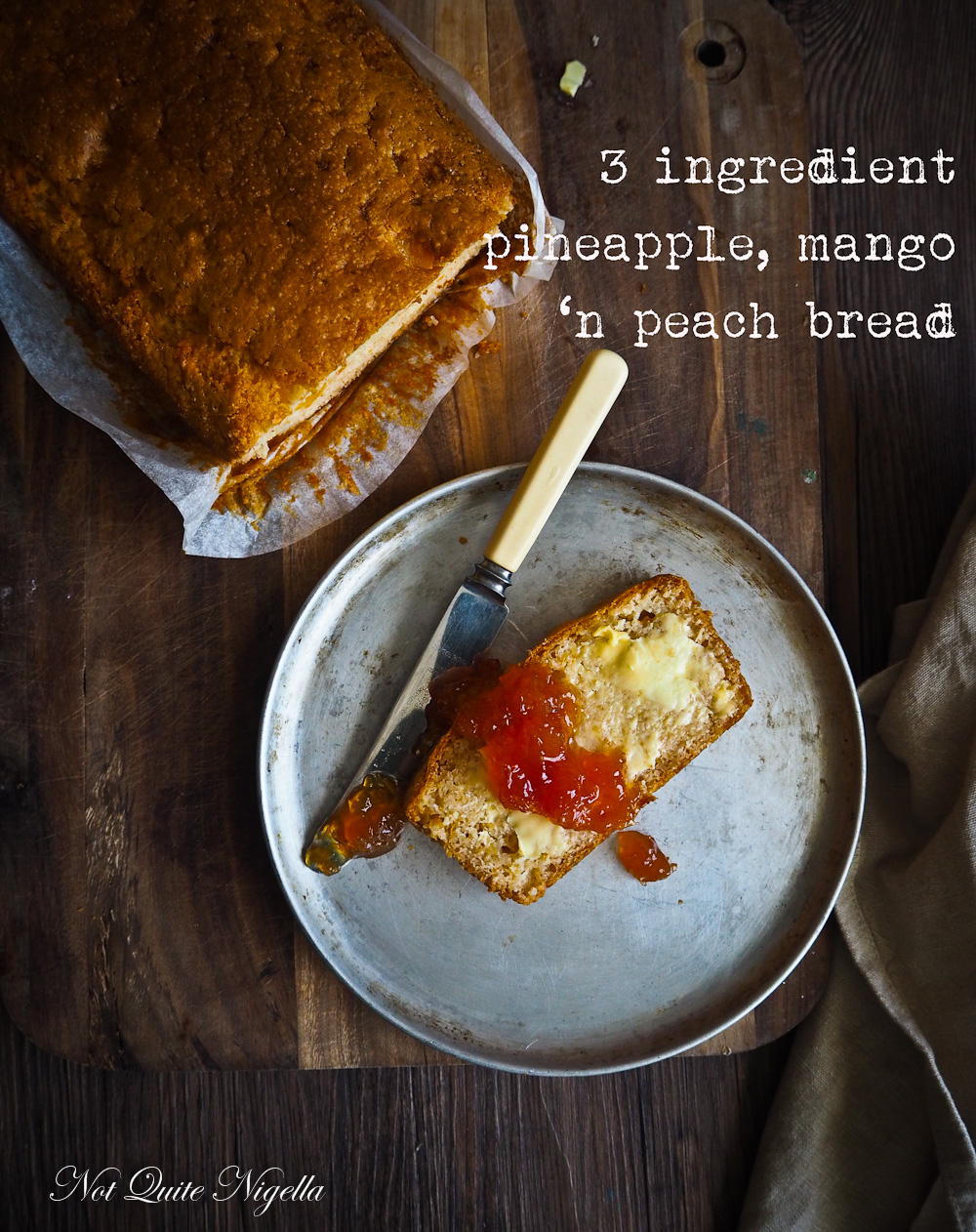 There are times when labouring over a recipe is fun but there are other moments when time is short, anxiety is high and you just want something easy and delicious to serve on the table. This three ingredient fruit bread is definitely for the latter. With less than 5 minutes' preparation, this fruit bread filled with pineapple, peach or mango is one of those recipes that you just need to keep up your sleeve for those times!

As it was the long weekend recently, we decided that we finally had time to do things that we haven't had a chance to do because I've been away so much. That involved running some errands as well as replacing our microwave. I also suggested that we see a movie. Mr NQN usually begs off movies. He finds them expensive and we have plenty to watch at home but when I suggested the new Mad Max movie because I had heard that it was good, he agreed surprisingly quickly.

"Have you seen the first films?" he asked me. "Nope, I have no idea what they're about. Something about the desert, Mel Gibson and Tina Turner and some strange costumes?" I answered. So wiht the confidence of someone that has a clue, I bought tickets and sat down. He bought a choc top, I ate the chocolate off it and handed him back the ice cream cone (it's our routine). And then I proceeded to have an anxiety attack for the next two hours as I sat on the edge of my seat. There was so much killing and action and my brow furrowed as I tried to follow what was happening on the screen. I was close to googling the plot on my phone which is what I do when I'm totally confused before something blew up on the screen and called my attention back. 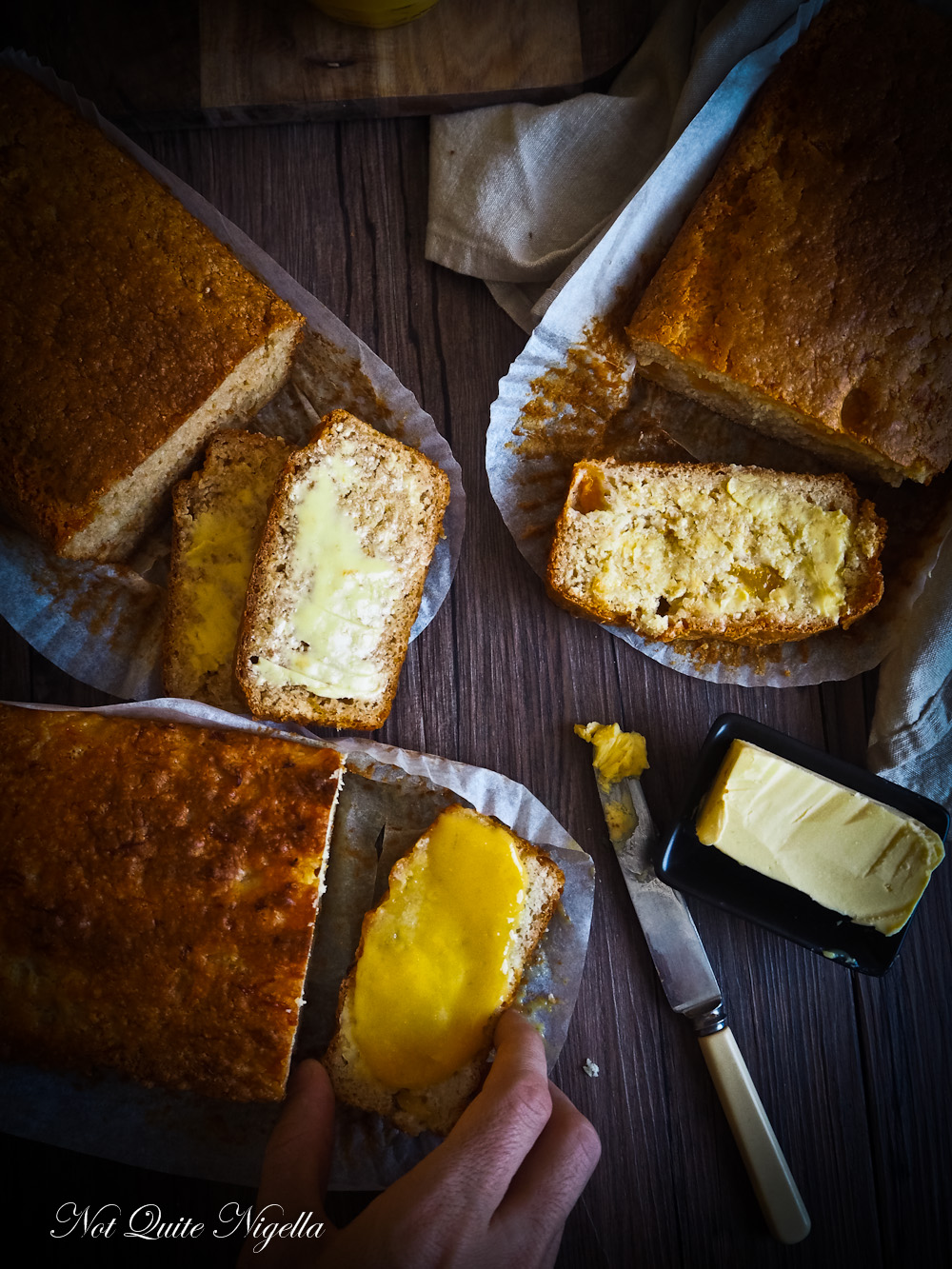 As the finishing credits rolled I sat flat against the seat clutching my heart. "What was that?" I asked. "I didn't expect that!" He laughed. "I was wondering why you wanted to see it, the first one is known for being a crazy action movie!" Yep for all of my interest in pop culture, I clearly had some gaping holes in the movie genre.

And to point out something totally obvious Mad Max is nothing like Mad Men (my more sedate sort of viewing). Overall I did enjoy it but it gave me heart palpitations so I don't know if that is a win or something I need to do again. For the next hour afterwards we walked around Newtown with me trying to get my heart to beat back to normal speed and recoiling at the sound of motorbikes revving and saying "Oy vey!". Mr NQN would laugh and shake his head.

It was clear that I was out of my element. So after that I needed something simple to bake. Enter this amazing three ingredient bread.

I've made ice cream bread before and that was delicious but a friend N served me this three ingredient bread and it was delicious. She always says that she is not a baker but she then revealed her little secret. The bread has three of the simplest ingredients and no eggs or dairy in it. Like a cousin to ice cream bread, it was just self raising flour, sugar and a tin of fruit. I made one and it was so delicious and devoured quickly by Mr NQN that I tried experimenting with other fruit. I tried it with a tin of peaches and a tin of mango and it works just as well! If you are ever in the need for something home made but easy then this bread is a lifeline.

So tell me Dear Reader, do you prefer long recipes or ones that are quick and easy? What did you do on this past weekend (long or regular)? And have you watched Mad Max Road Fury and if so, what did you think of it? What is your favourite movie genre? 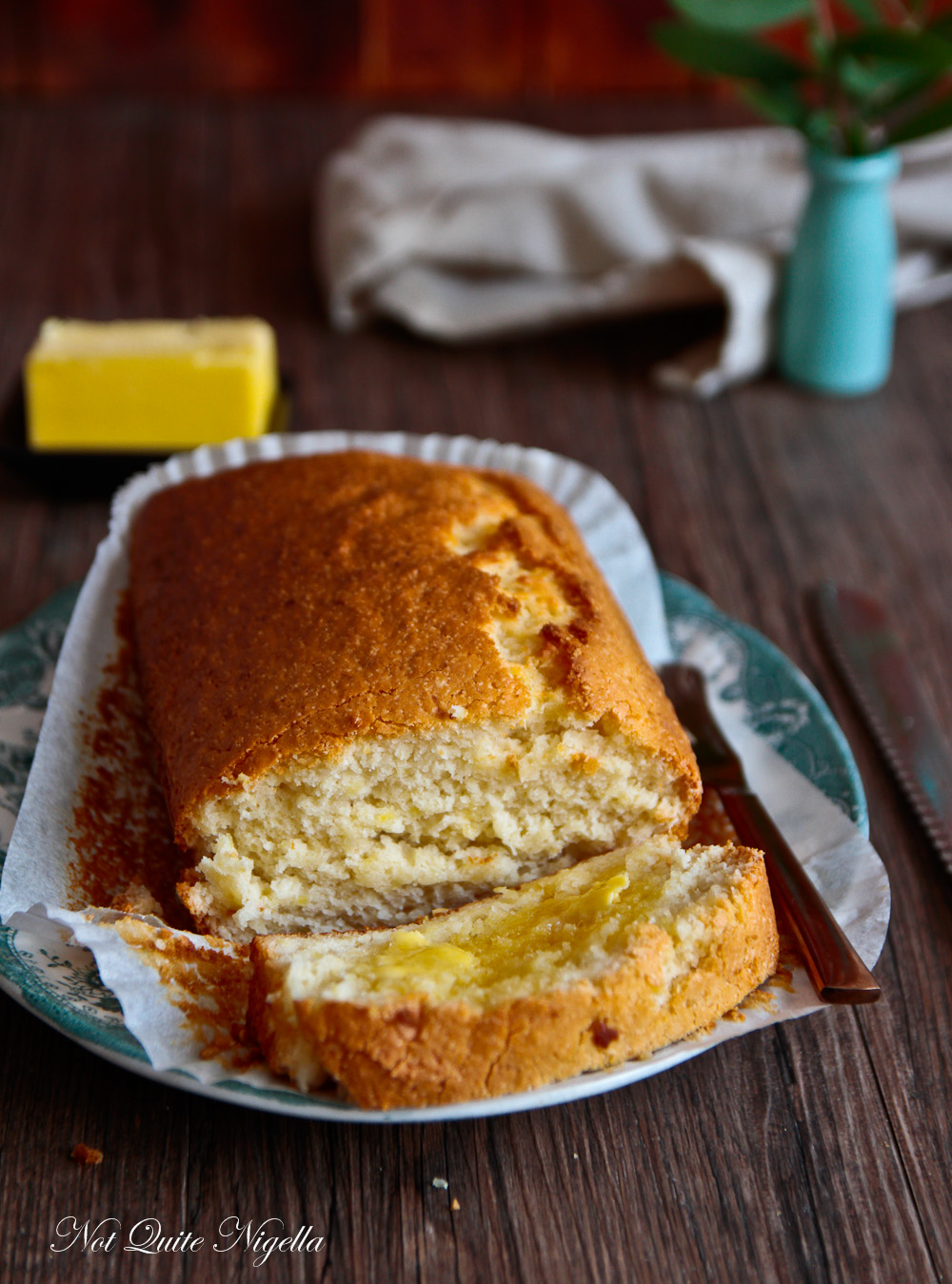 For mango loaf: add coconut milk to replace the liquid in the tin

*Step 1 - * Preheat oven to 180C/350F and line a loaf tin with parchment. Mix the three ingredients together until combined and spoon into the tin smoothing down the top. If you are using peaches or mango slices blitz these in a food processor first. I also found that the peach tins are slightly smaller than 440g/15.54ozs so I just added a bit of water to make up the difference.

Step 2 - Bake for 50 minutes until golden brown on top and a skewer inserted comes out clean. Serve in slices with butter.