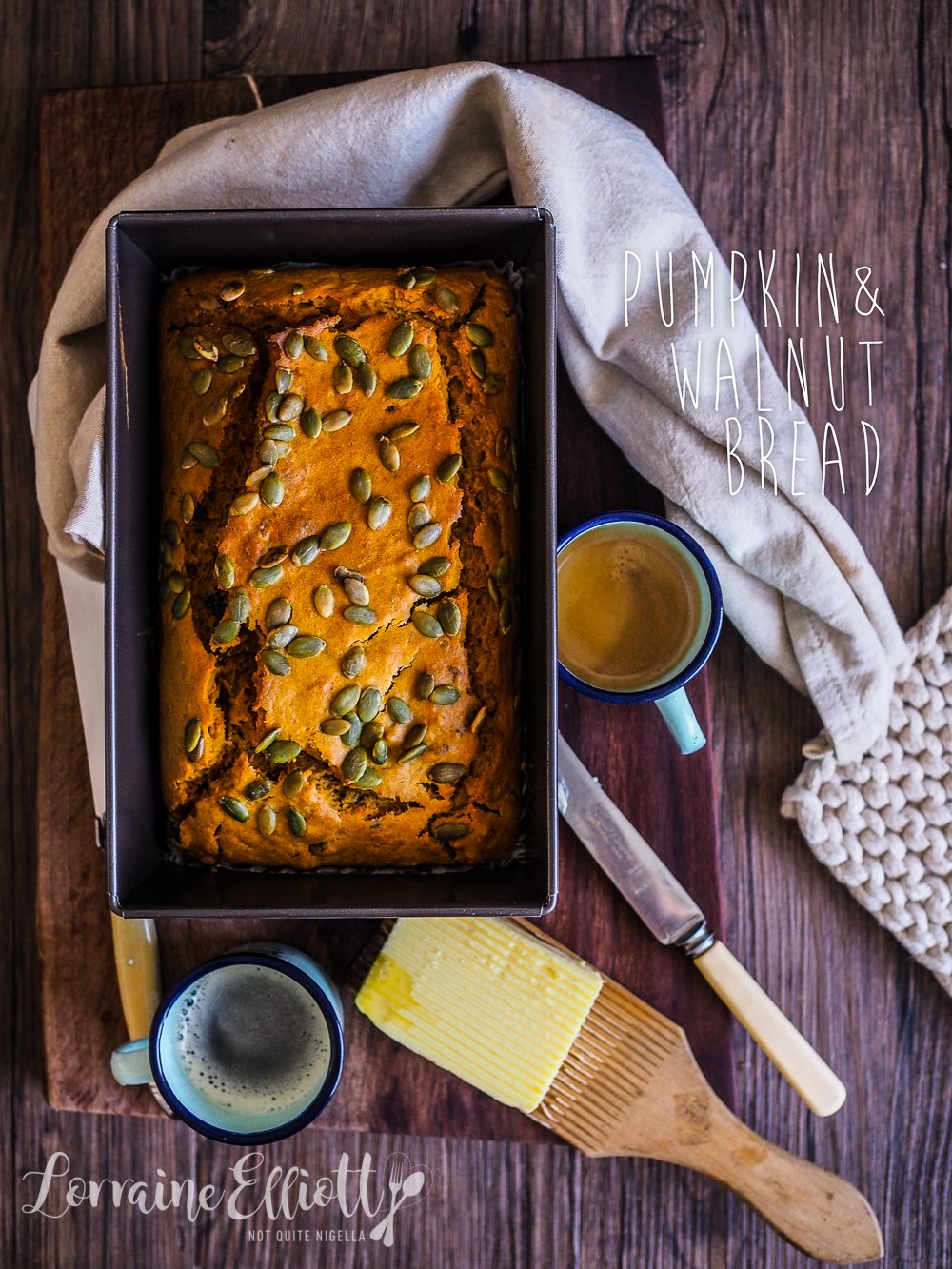 This easy pumpkin walnut bread is the perfect lunchbox treat. It's full of pumpkin and spices and can be made in one bowl so prep time is minimised. Plus it is wonderfully moist and freezes well too!

I bought a large wedge of pumpkin to make a birthday cake for Mochi. Of course a tiny dog cake doesn't use up much pumpkin and so I had a lot leftover. Enter this bread that is superb buttered and served as a wedge or finger for afternoon tea or toasted and buttered for a delicious breakfast. 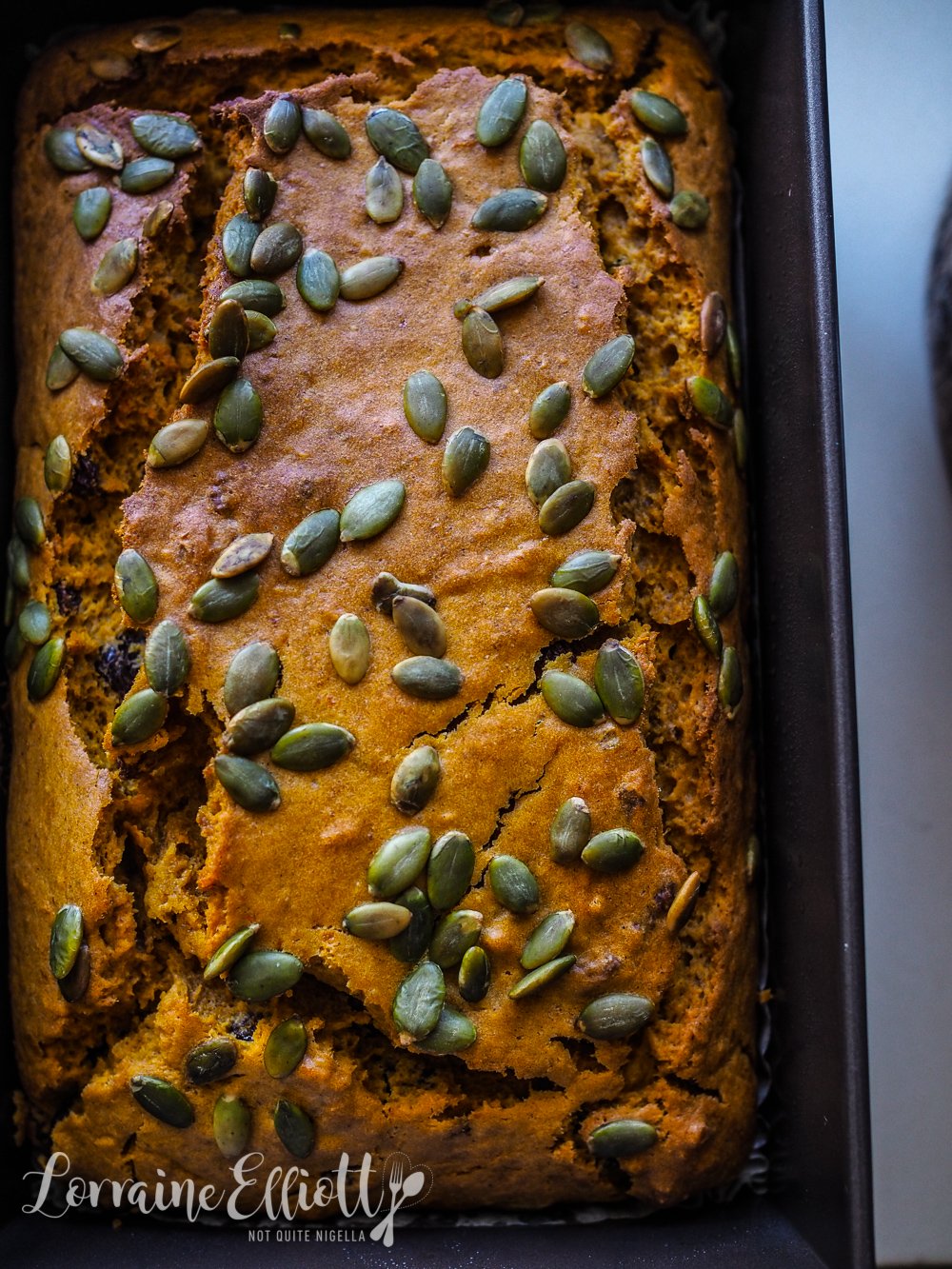 As soon as I put this up I received the international signal from Nina. Whenever I make something that she wants to eat, she replies to my Instagram pic with a chick in egg emoji. You see I think of her like a baby bird that needs constant feeding and is unable to make food for herself.

Her aversion to cooking means that she tries to solicit food from many of her nearest and dearest. I know I'm not the only friend or client of hers that she has got making her food. There are at least two others that furnish her with baked treats or curries. 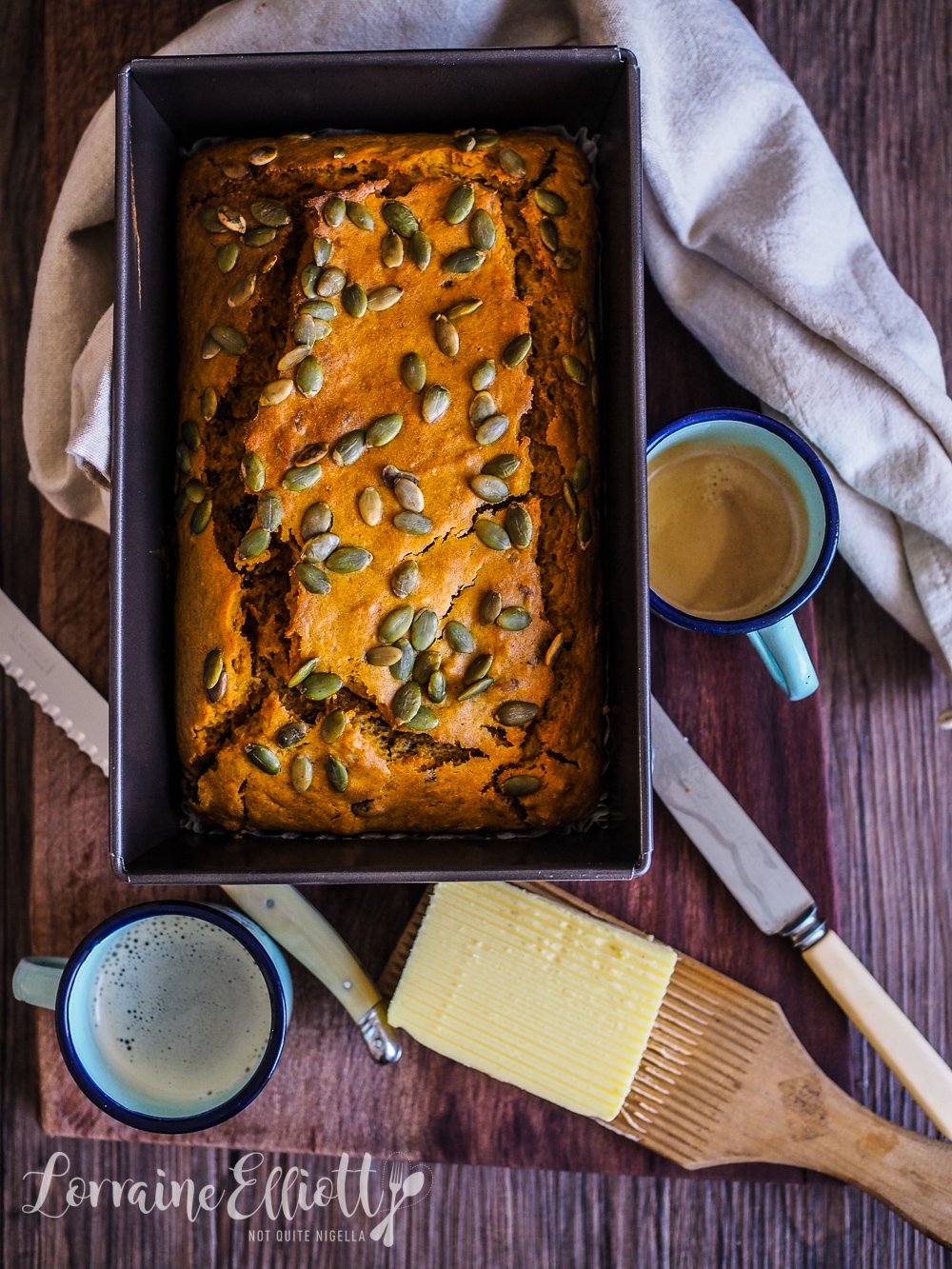 He works in finance and one night he was out with clients and one of the guys was a bit drunk and kept challenging Garth to wrestle. It sometimes happens to him, I guess men get tougher the drunker they get and want to see if they can get the better of him. 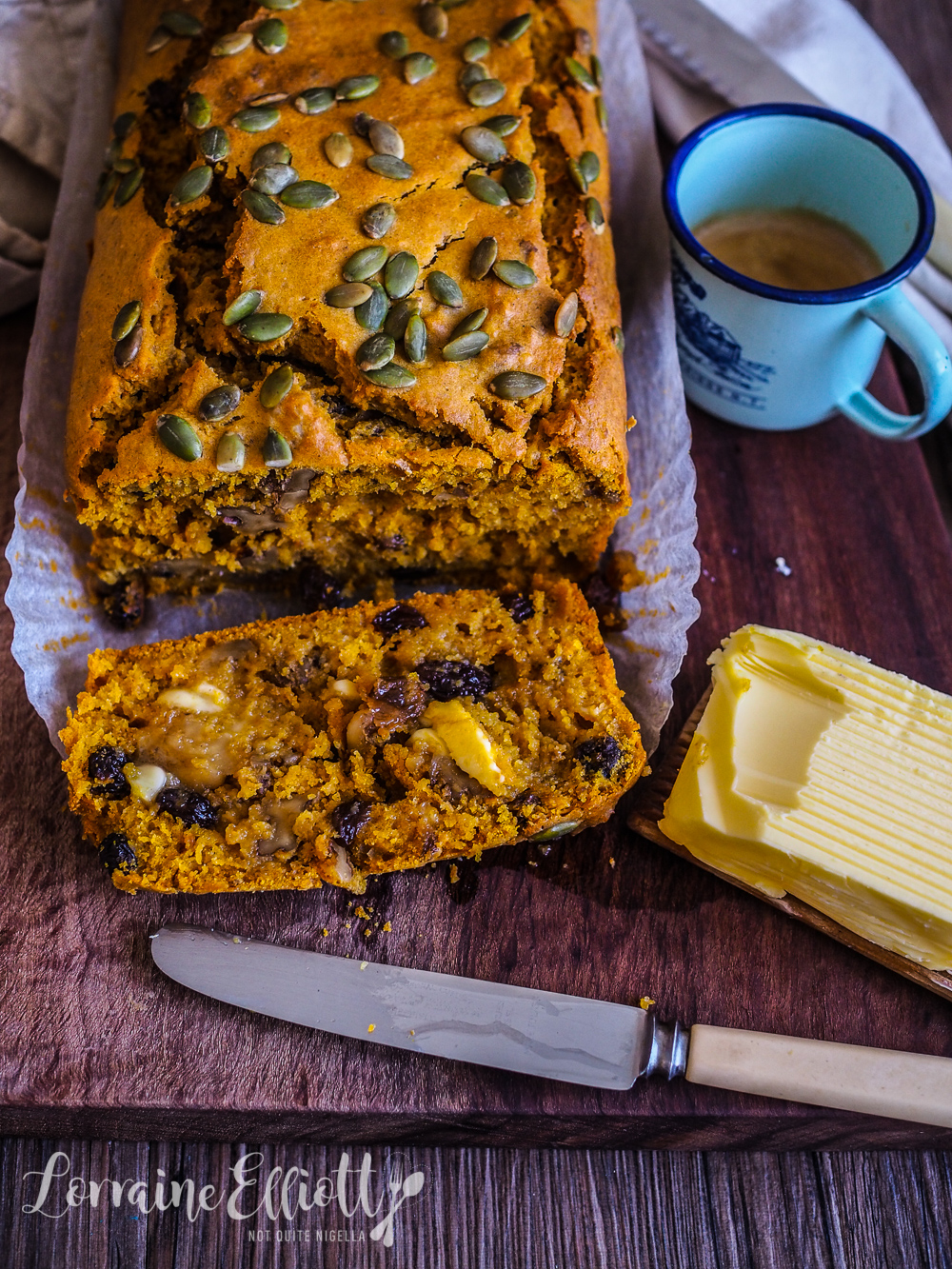 After some hounding Garth acquiesced and agreed to wrestle him. It was short and sweet as Garth pinned him to the ground and put his arm on his neck. The poor guy spluttered and gave him the international symbol for surrender.

The next day Garth got a call from him. He sheepishly asked him, "Hey mate are we still ok?". I think Garth is safe for now but he is always on the defence in case he is asked for an impromptu wrestle.

See, it doesn't always pay to be the fittest in the room?!

So tell me Dear Reader, do you have any friends (or are you the person) that need constant feeding? And do you oblige? Have you ever been physically or intellectually challenged by someone else? 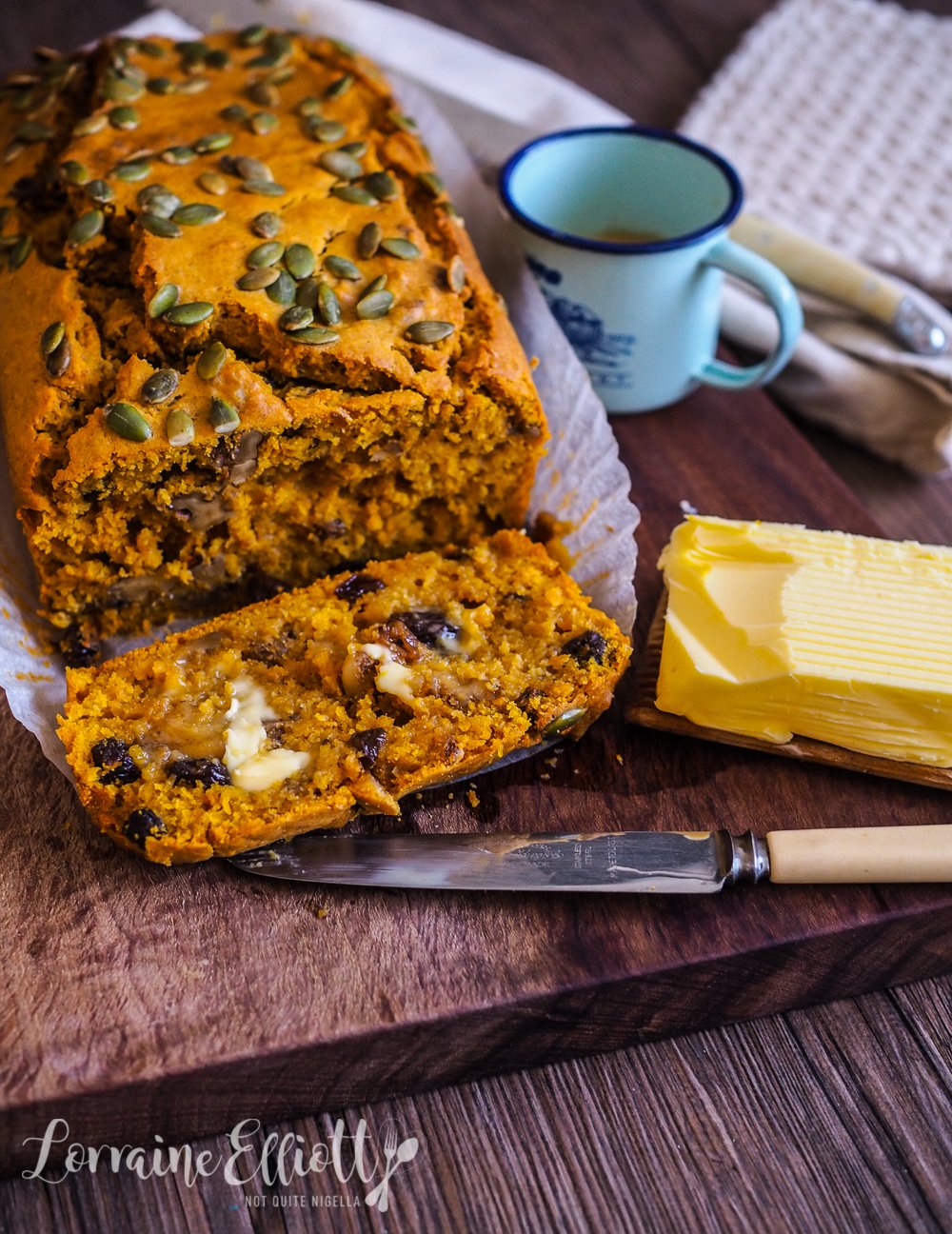 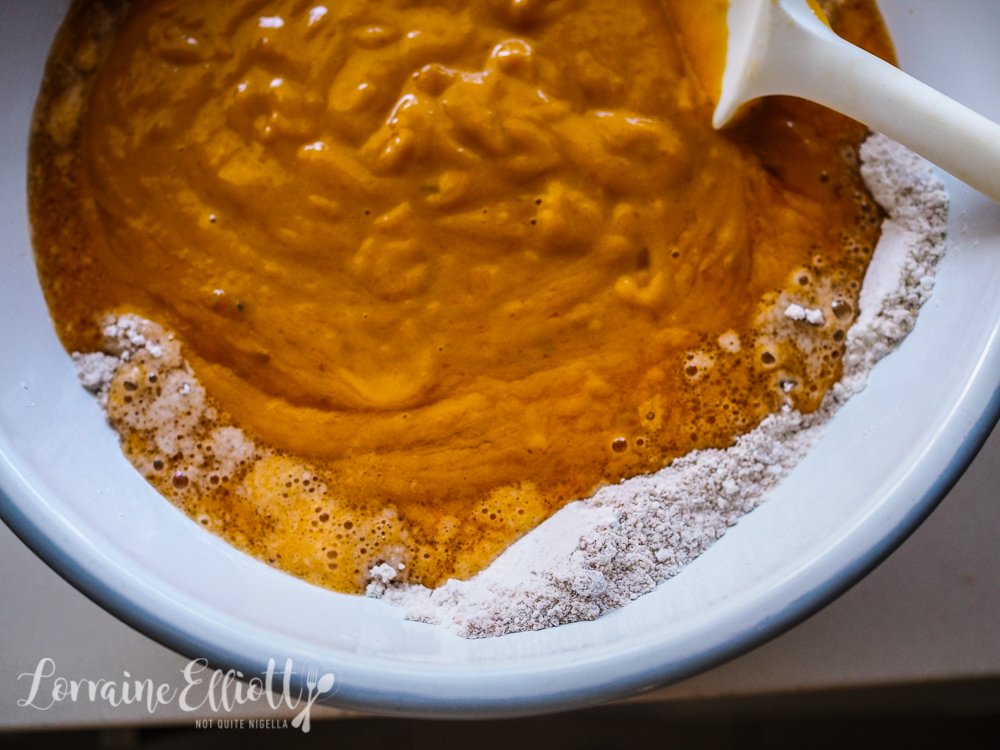 Step 1 - Preheat oven to 180C/350F and line a loaf tin with parchment or a liner. Soak the sultanas in a cup of hot water for 10 minutes. Drain. Meanwhile whisk the flour, baking powder, brown sugar, walnuts, cinnamon, nutmeg, ginger and salt. Puree the pumpkin with the buttermilk, vanilla, coconut oil and eggs. 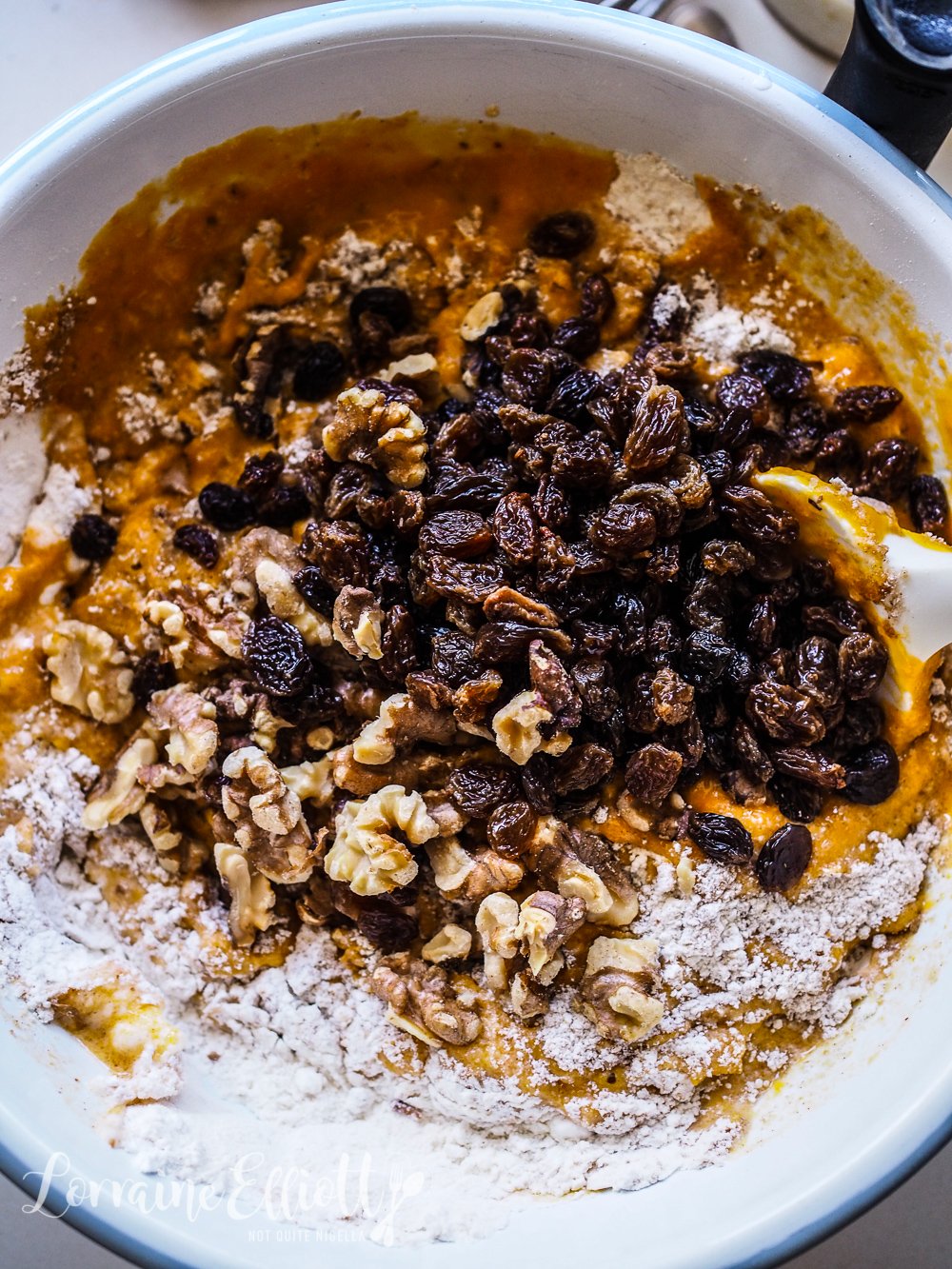 Step 2 - Make a well in the flour and stir in the pumpkin mixture along with the drained sultanas. Stir until just combined and then scoop into the prepared tin. Sprinkle with pepitas and bake for 1 hour. Serve warm with butter. 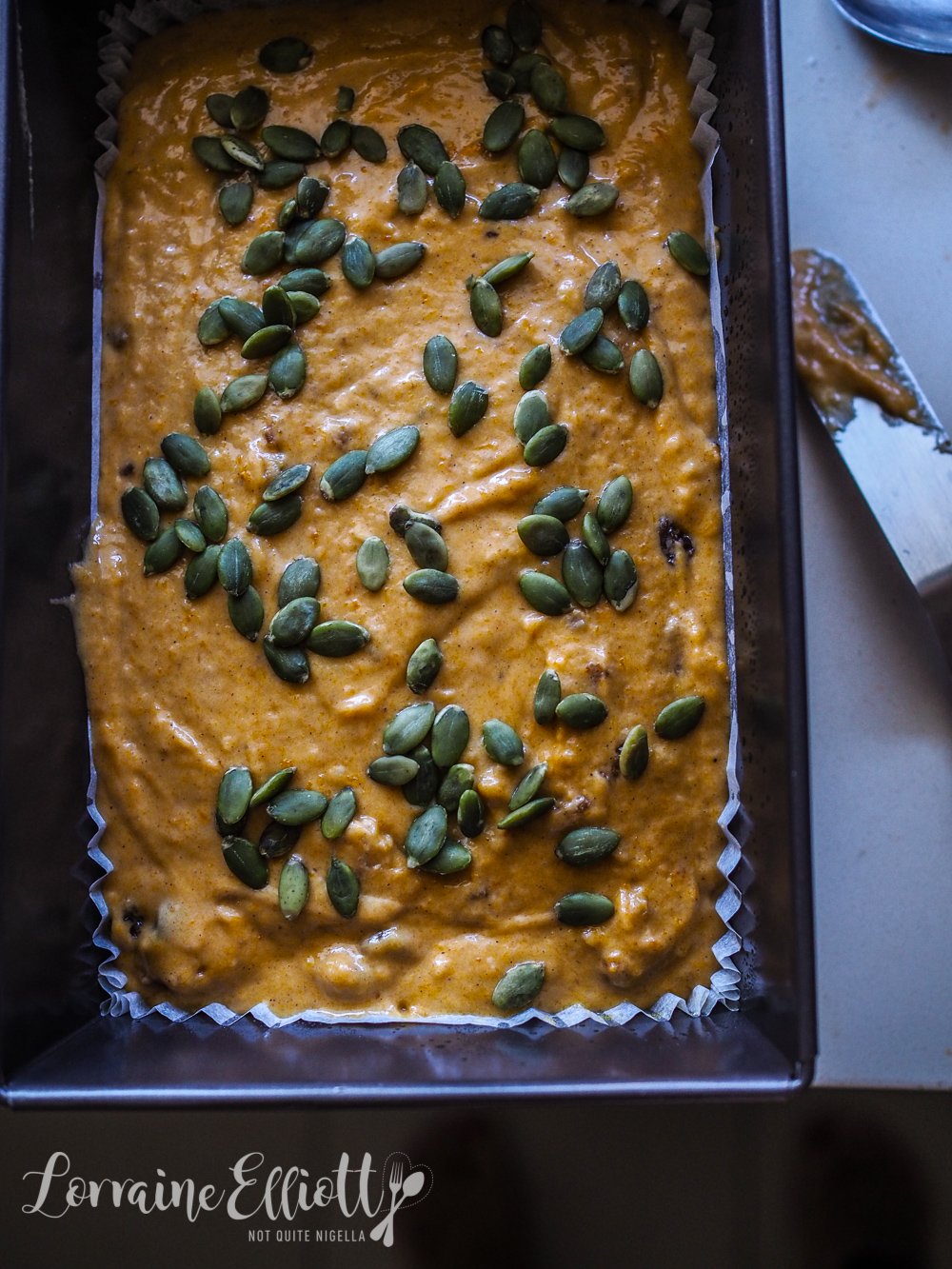 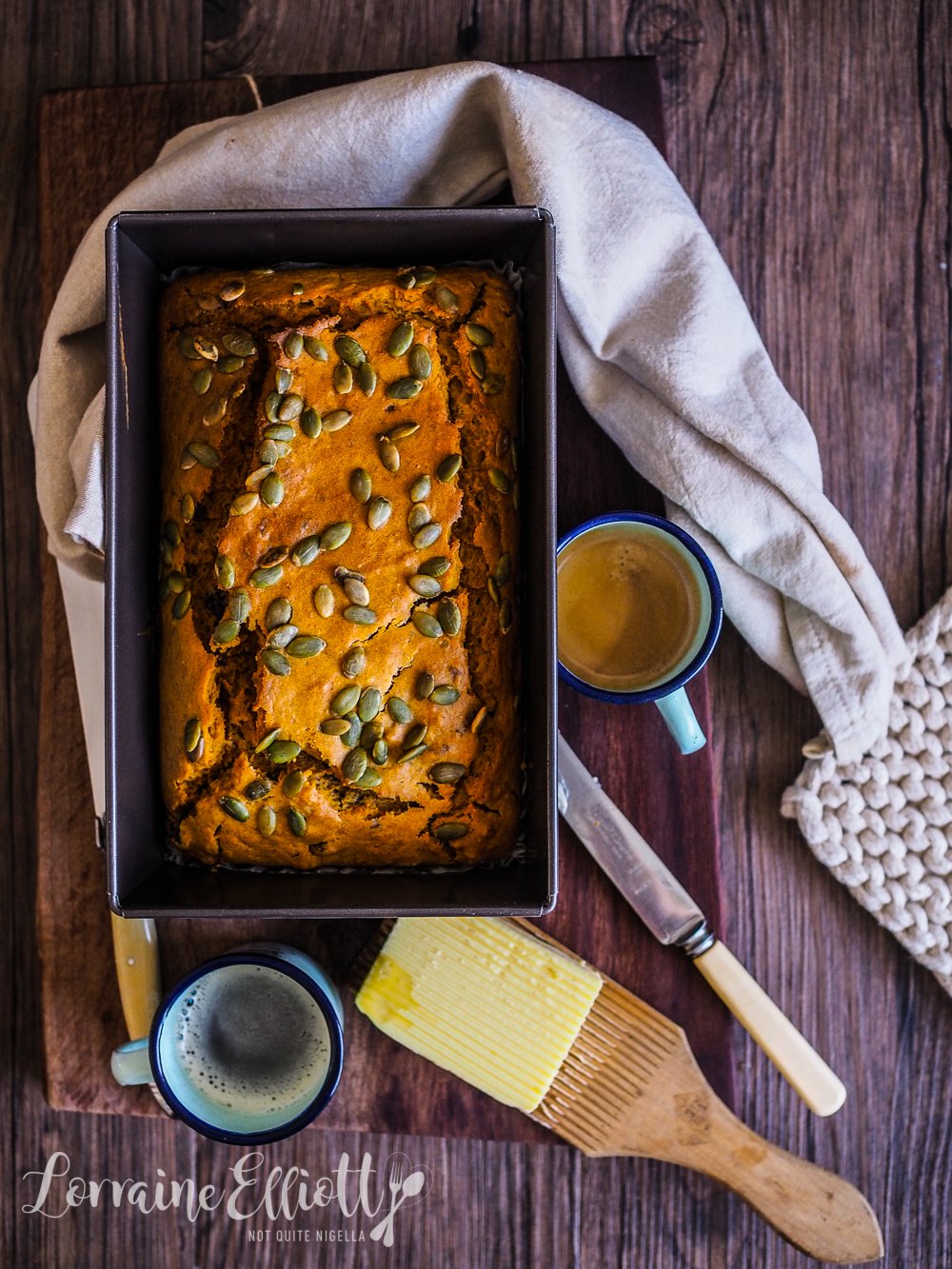