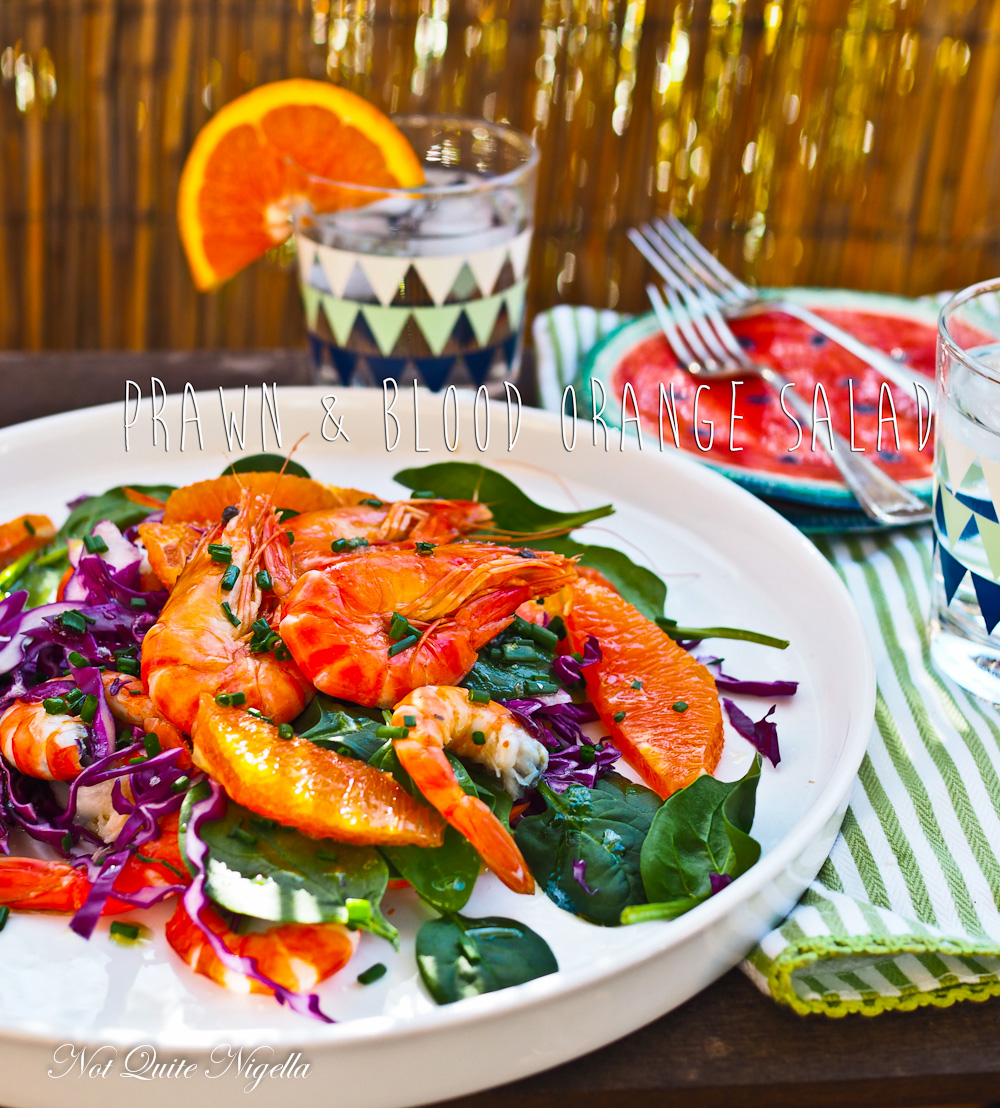 This prawn and blood orange salad is one of those magical ratio meals that looks like you went to a lot of trouble but didn't. It also delivers in taste and lightness with a colourful mix of textures and flavours. And it takes less than 15 minutes to make (and that includes peeling the prawns!).

So earlier this week I had some nervewracking but exciting news. I was scheduled to appear on Mornings 9, the morning show that runs from 9-11am weekdays on Channel 9. I was booked on to chat about food blogging and how it all works. Being on Channel 9 involves several exciting things: going out to their Willoughby studios and having your hair and makeup done. I also got myself a coconut cake recipe from the lady doing my hair so it was a very fruitful morning!

The hosts David Campbell and Georgie Gardiner were absolutely darlings. They made me feel very comfortable and it was like talking to friends. I had an inkling of what they would ask as the questions were sent through before - the show is broadcast live so I'm sure this is to avoid any "Duhhhh" moments when guests just blank out and stare at the camera.

The four minutes went by in the blink of an eye. Afterwards I felt like I talked too much and didn't let the other guest Seamus get much in but I was a bit lost in terms of time. If you would like to take a peek at the video, the lovely people at Channel 9 have uploaded it here. I'm not sure how long it will stay up though. And all I can think of was arrrgh double chin!! I was too busy concentrating on calming my wobbly voice that I forgot about the dreaded double chin. 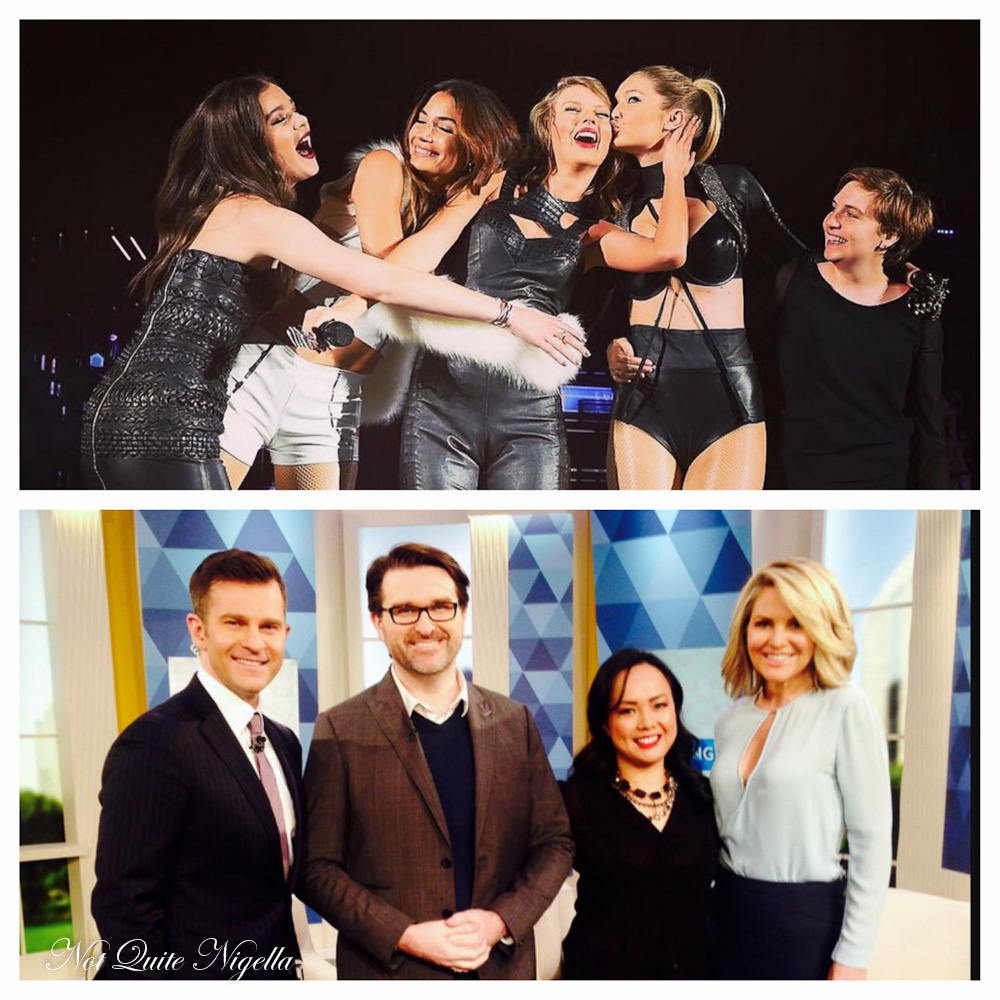 Afterwards we took a photo together and you know those moments that seem like a good idea at the time? Do you remember Taylor Swift inviting her friends on stage with her and there was little Lena Dunham among a group of gazelles? Well I had my own Lena Dunham moment. Never take pictures with gazelles people. They are lovely people but I felt about two feet tall (I am not actually two foot tall although I look it). It's ridiculous.

That afternoon I had to make lunch for myself as well as dinner for Mr NQN as I was going out that evening. Remembering the double chin (how could I forget?) I decided to make a salad. This prawn and blood orange salad. The blood oranges weren't quite as bloody coloured as I had hoped but they made for a refreshing and delicious salad. This salad is also surprisingly simple to make and the colourful element really adds much to it. The dressing is a simple one made with extra virgin olive oil and the blood orange juice. Other than that it is just putting everything together and it looks like you made a lot more effort than you did. It was done in a flash - under 15 minutes easily with most of the time taken to shell the prawns!

Which left the next few hours to spend on double chin exercises ;)

So tell me Dear Reader, how tall are you? Are you a Taylor or a Lena? And are you good at taking photos or being on camera? And do you have any good tips for double chins (apart from plastic surgery, I'm terrified of that)? 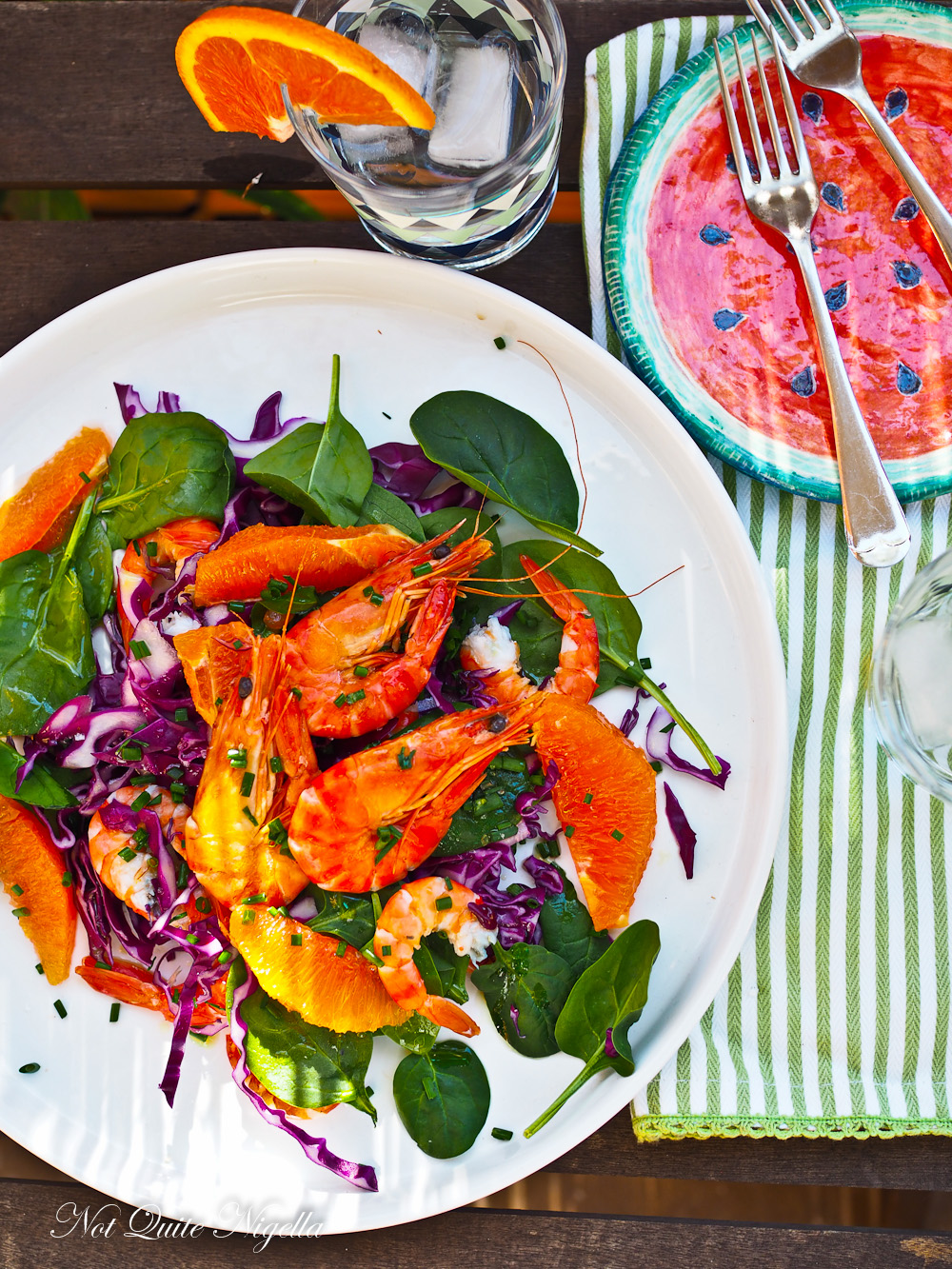 Step 1 - Slice off the top and bottom of one orange and using a sharp knife, remove the pith and skin. Cut the orange into thin segments. 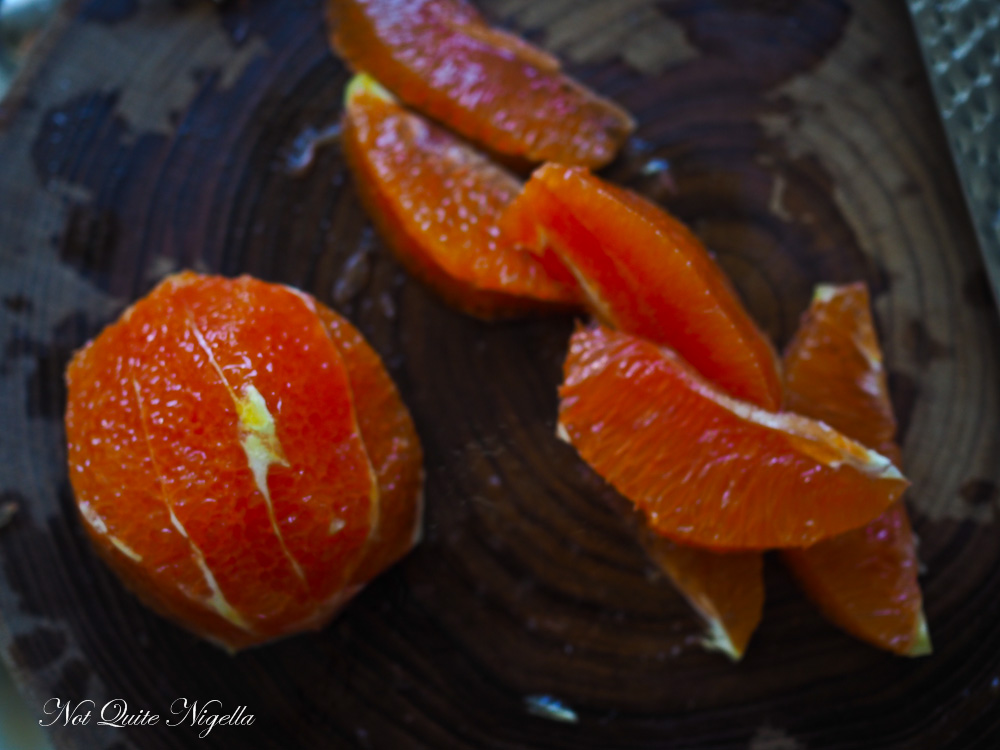 Step 2 - Place the red cabbage and spinach on a large serving plate and top with the prawns and blood orange segments. Whisk the extra virgin olive oil and 1/4 cup juice from the second orange in a small jug. Add salt and pepper and sugar if needed (I find the best way is to taste it). Drizzle the dressing over the salad and scatter chives.