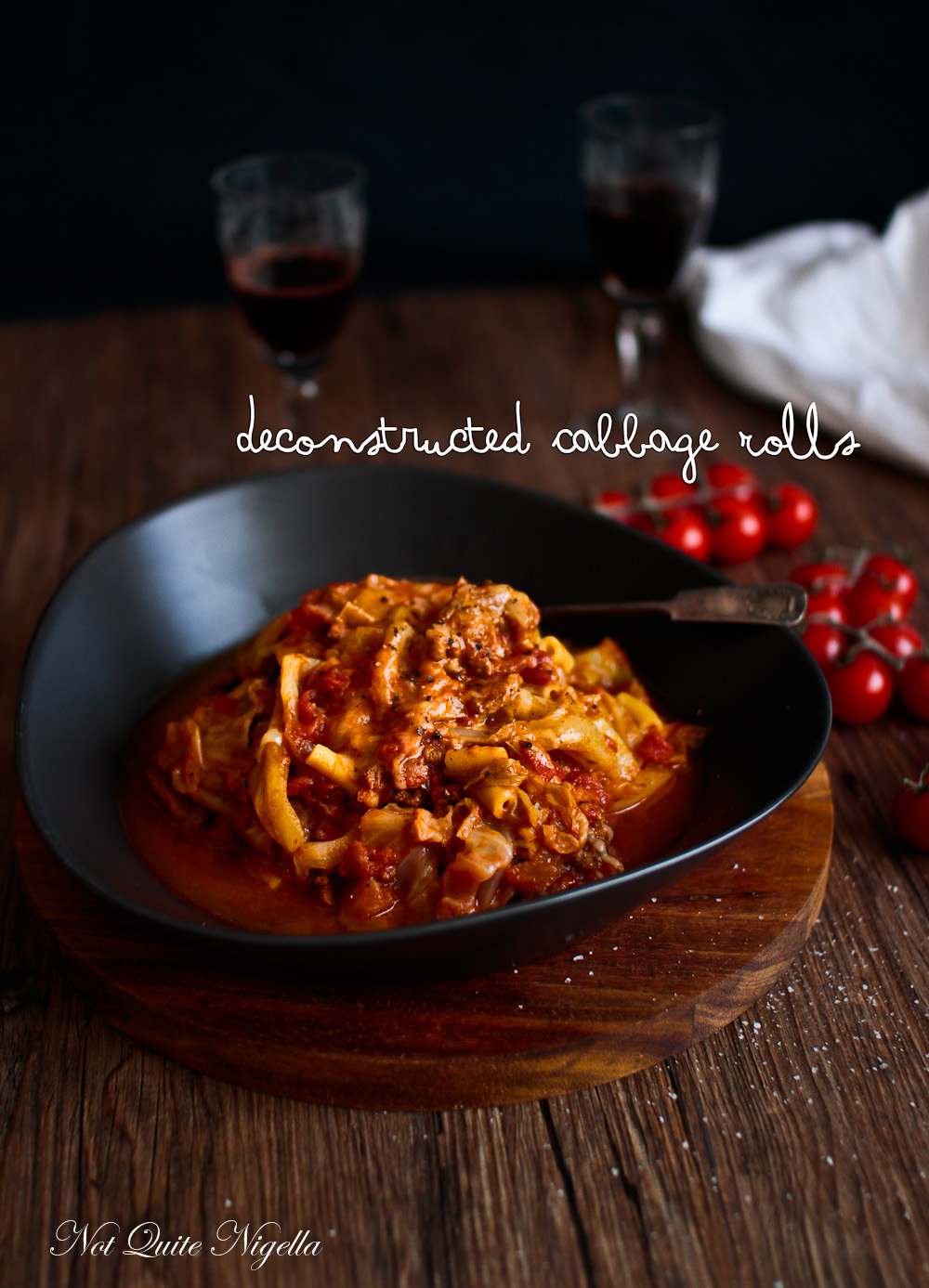 Want a delicious meal with just a minimal amount of prep? These cheesy deconstructed cabbage rolls takes all of the ingredients of cabbage rolls but mixes them all up so that it is a cinch to prepare with just ten minutes prep time! The best part however is the taste - this is pure comfort in a bowl!

I'm pretty sure part of this whole marriage caper is the idea of looking after each other. Sure at times it may feel like you might be doing more of the looking after than your other half and if Mr NQN and I argue, it's pretty much always about how much cleaning I have to do. But sometimes he steps up in a most rewarding way.

It was the day after Halloween and I was aching and sore all over. I was fighting the flu. I had no energy and I lay like a limp rag doll on the bed. It was 10pm at night and I am pretty sure I was speaking gibberish. My hair was wet because I had to wash it owing to the fake blood in it and I have a paranoid about going to bed with wet hair. Namely because I always wake up sick the next day.

"Can you dry my hair?" I said to Mr NQN beseechingly.

"Just bring the hairdryer here, plug it in on the bedside table and dry it," I suggested, half jokingly. 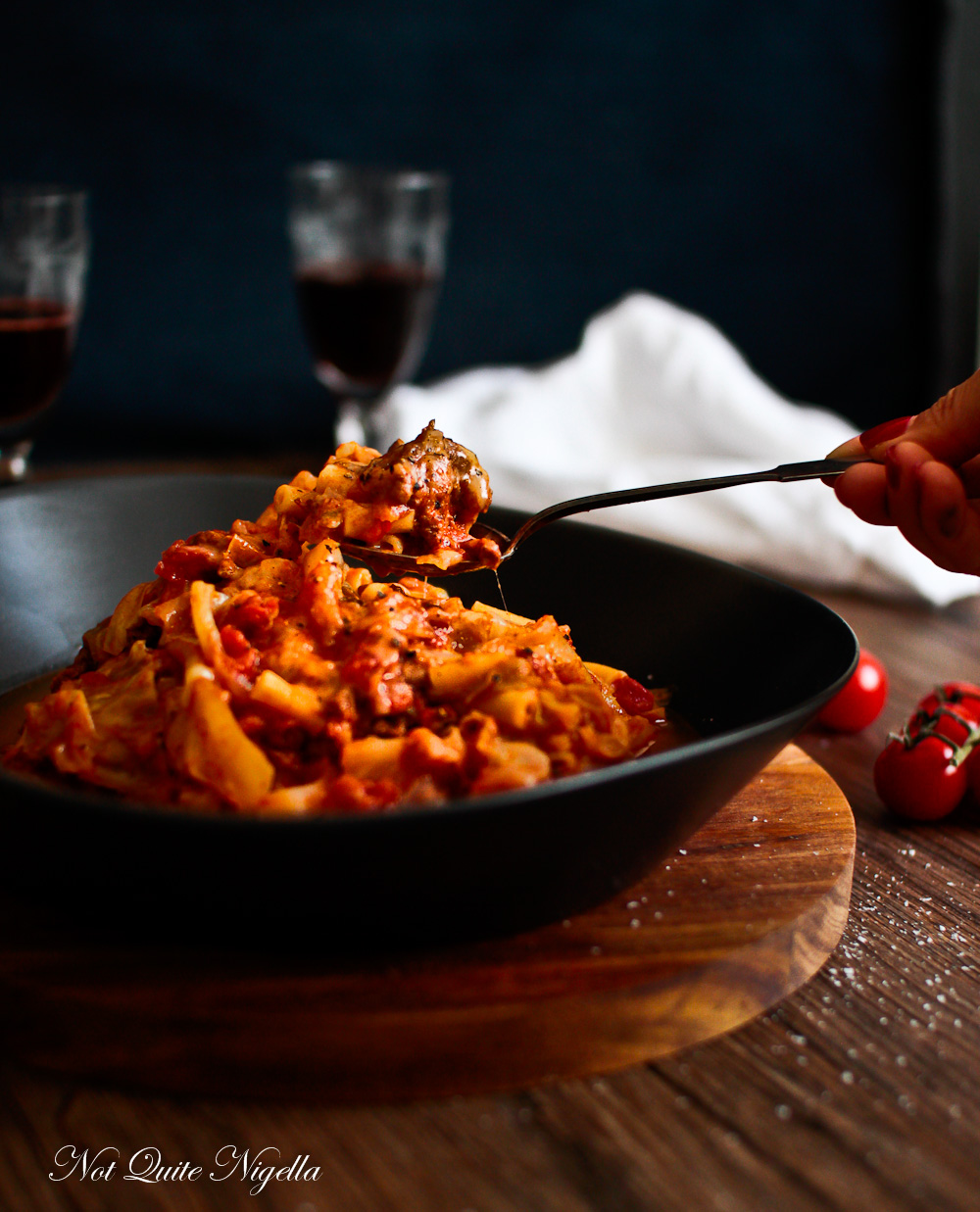 But he came back into the bedroom with the hairdryer, plugged it in next to me and fanned my hair out on the bed and dried it. I only had enough energy to smile and curl up like a cat and within a few minutes, I fell asleep. I loved it so much that a few times since then I have asked him to do the same and he has done it without complaint. I guess it's like the way monkeys groom each other!

Sometimes I look after him, mainly the only way I know how: with food. I was going away to Thailand just for a few days without him and when I tend to go away he eats poorly. He always assures me that he will get something from the sushi place or the Indian place down the road but I know he never will. So I made him a big batch of these deconstructed cabbage rolls.

Because I was about to leave for overseas things were frantic so I decided to do this in the pressure cooker to expedite things. And by the time I had done a few things, it was beeping at me that it was ready. I didn't realise that so few ingredients could make such a hearty and delicious dish. If you're in need of comfort I wholeheartedly suggest giving this a go. It feeds an army (or a spouse left alone for a few days) and is a square meal in one pot or cooker.

So tell me Dear Reader, do you usually cook using the stovetop, pressure cooker or slow cooker? And am I being paranoid about going to bed with wet hair? 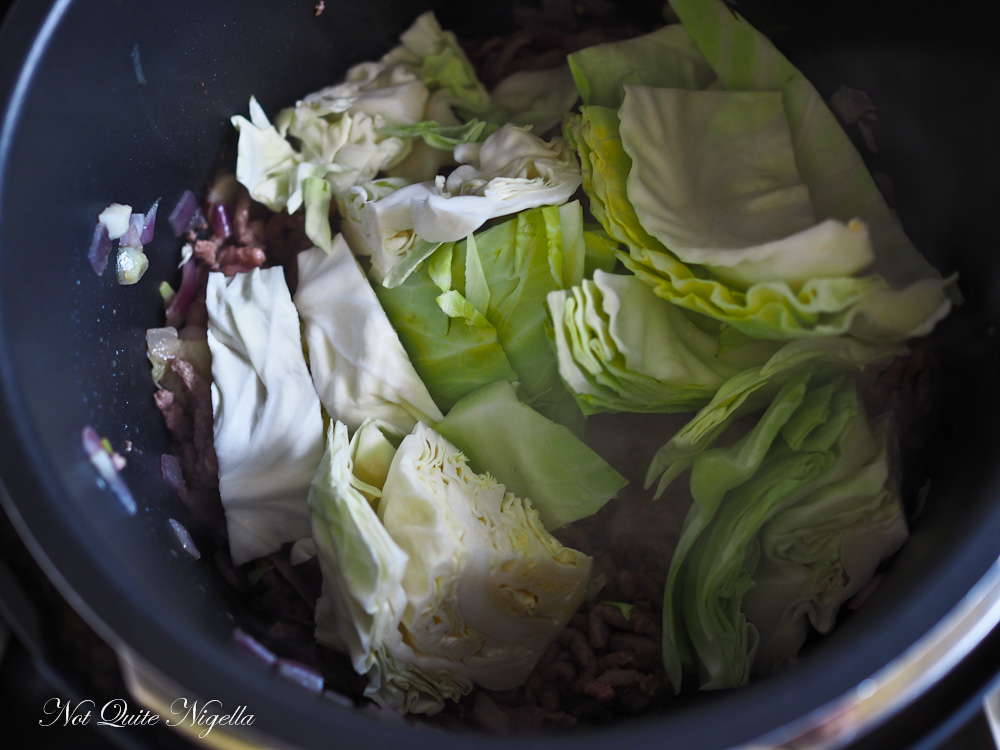 Step 1 - Heat a frypan on medium heat and add oil. Fry onion and garlic until translucent. Turn up the heat to medium high and add the mince breaking it up. Transfer the whole mixture to a pressure cooker or a slow cooker or a very large cast iron pot. Add the tomatoes, cabbage and tomato paste. 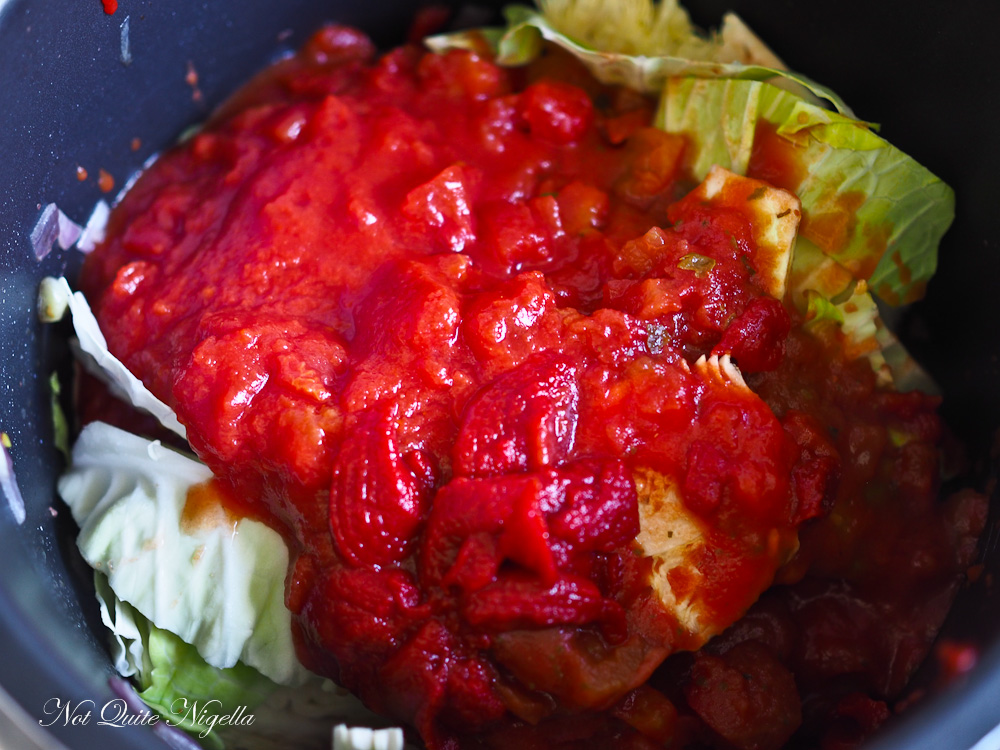 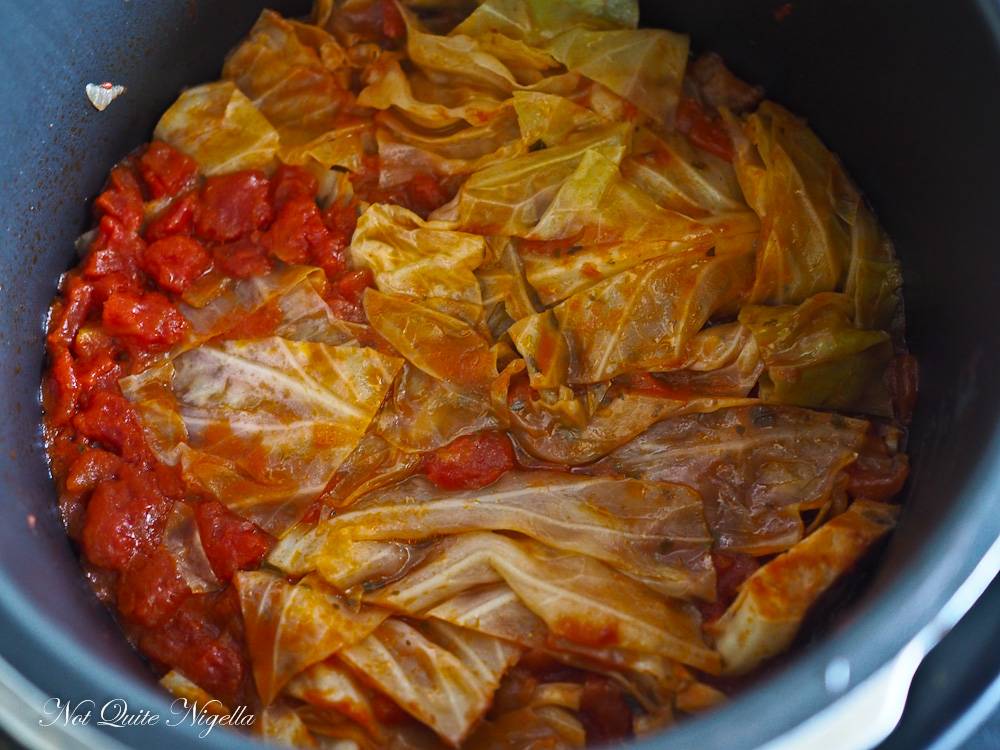