A Midnight Mac & Cheese Toastie To Ring In The New Year! 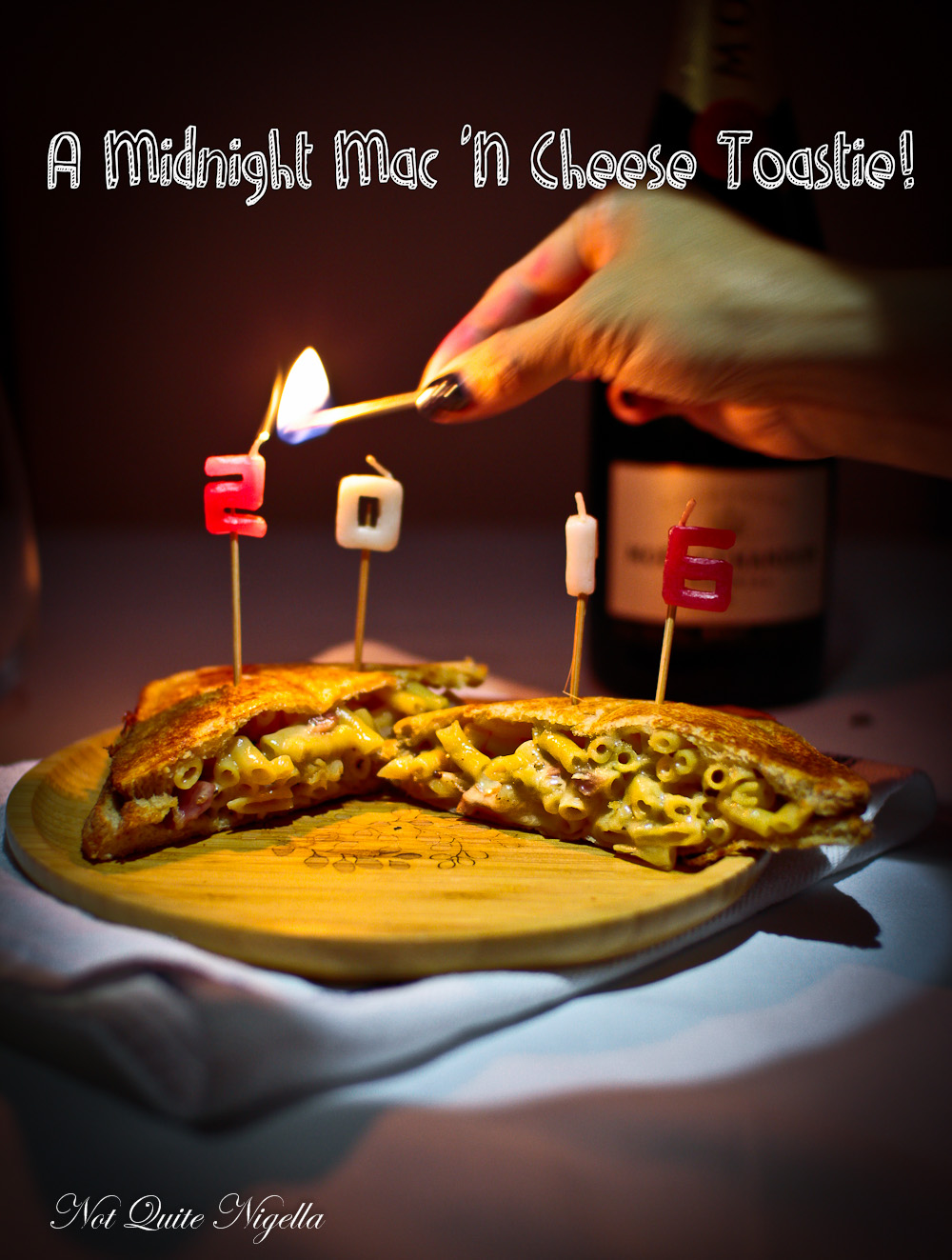 Staying up until midnight this New Year's Eve? Have I got the perfect snack for you! Usually New Year's Eve is about canapes and cocktails but around 11pm or so we always get the craving for something a bit more substantial and let's be honest something to absorb some of the alcohol. 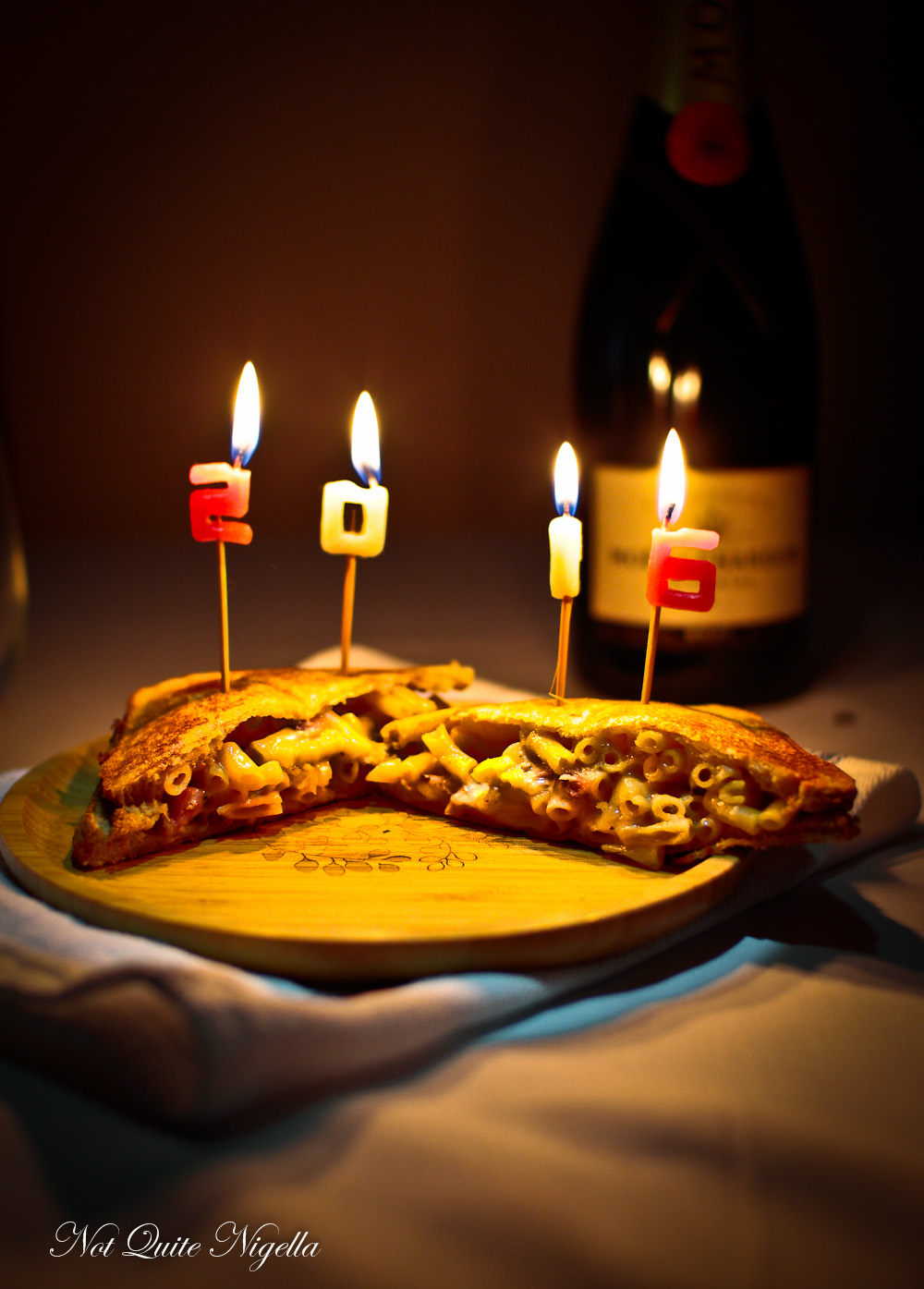 Enter this Midnight Mac and Cheese toastie! I know, mac and cheese in a toasted sandwich? Is that not the craziest idea since a lasagna stuffed toasted sandwich? But not only is it something to look forward to but it's satisfying and comforting. Also the carb on carb action means that it will lull you into dreamland in the most delicious way. When I saw this on Instagram on Flapjackspancakeshack I immediately tagged Belinda and her response was "Please make this" and an idea for a NYE Midnight sandwich was born. This year we will spend New Year's Eve at her apartment that has a view of the fireworks. No doubt there will be cocktails and champagne and canapes and maybe even an episode or two of our favourite television shows but come 11:30pm we will fire up the sandwich press and make this mac and cheese toastie.

2015 was a great year but I never realised my dream of becoming a TV police detective. Sigh Not an actual detective but a police detective, preferably in the vein of Olivia Benson in Law & Order SVU or even my newest television obsession Brooklyn Nine Nine. Maybe 2016 will hold an imaginary police badge. I figure that I might qualify because I've watched 17 seasons of SVU and that is technically 17 years of training no? ;) Do detectives eat mac and cheese toasties? I hope so!

So tell me Dear Reader, what are your plans for New Year's Eve this year? What is on the menu? And what is your most desired imaginary job? 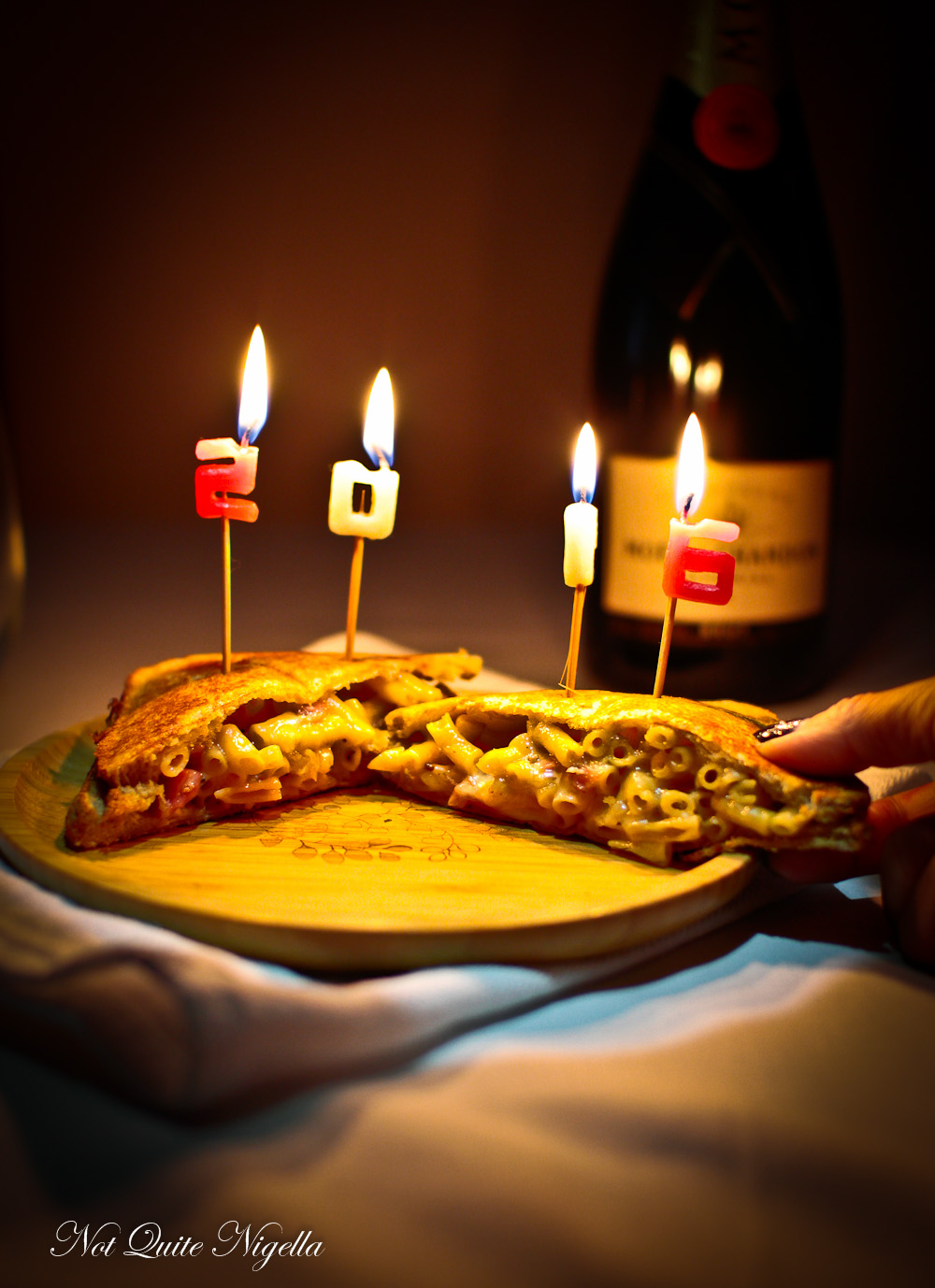 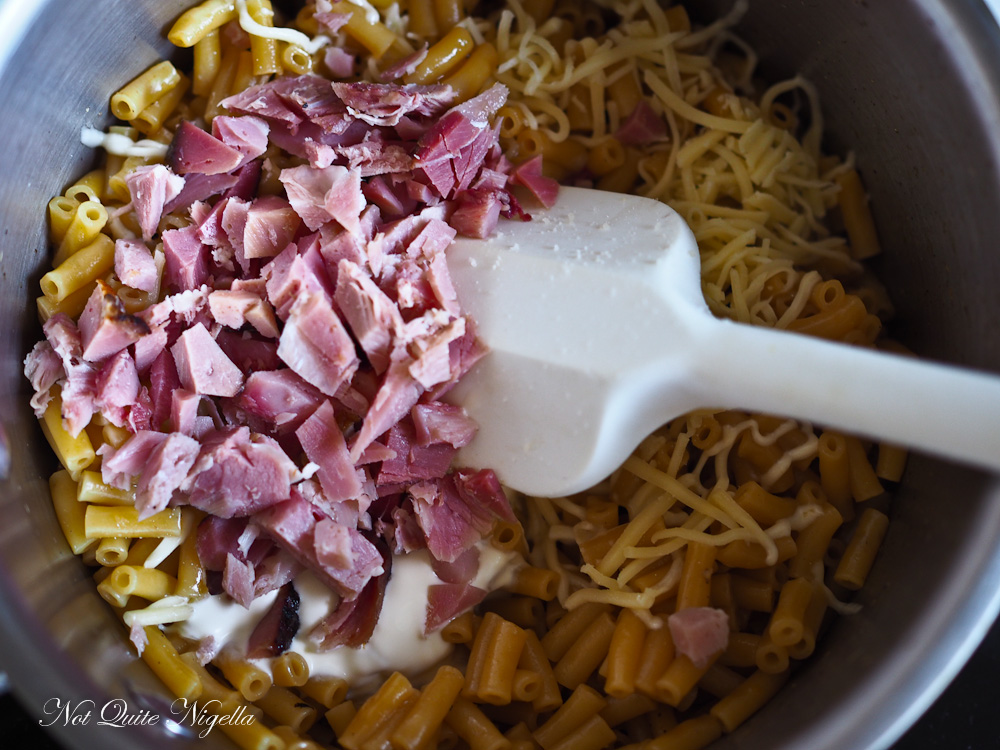 Step 1 - In a saucepan heat the broth and add the macaroni and heat to boil. Knock the heat down to low and cook for 8 minutes until the broth is absorbed. Still on low heat add the cheese, cream and ham and stir to combine. 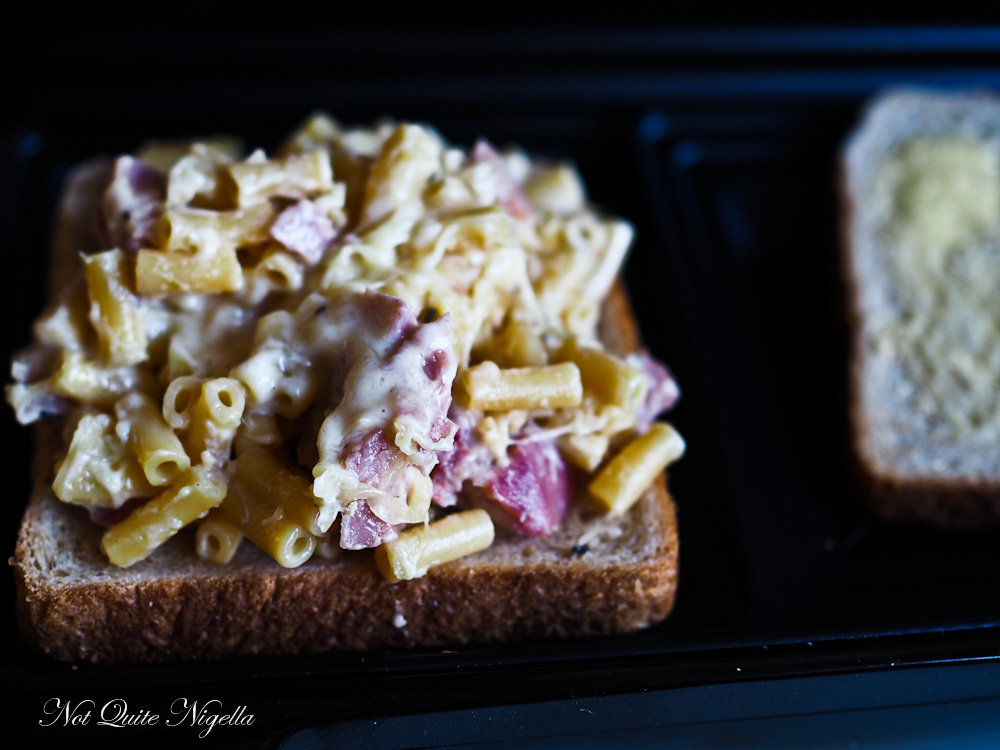 Step 2 - Butter the bread and place the buttered side face down on the griddle or sandwich press. Divide the macaroni into four and place on the bread and then top with another slice of bread this time butter side up. Toast until golden and eat on new years eve with relish (figuratively and literally) knowing that any notion of dieting (whaaat?) starts in the new year ;)