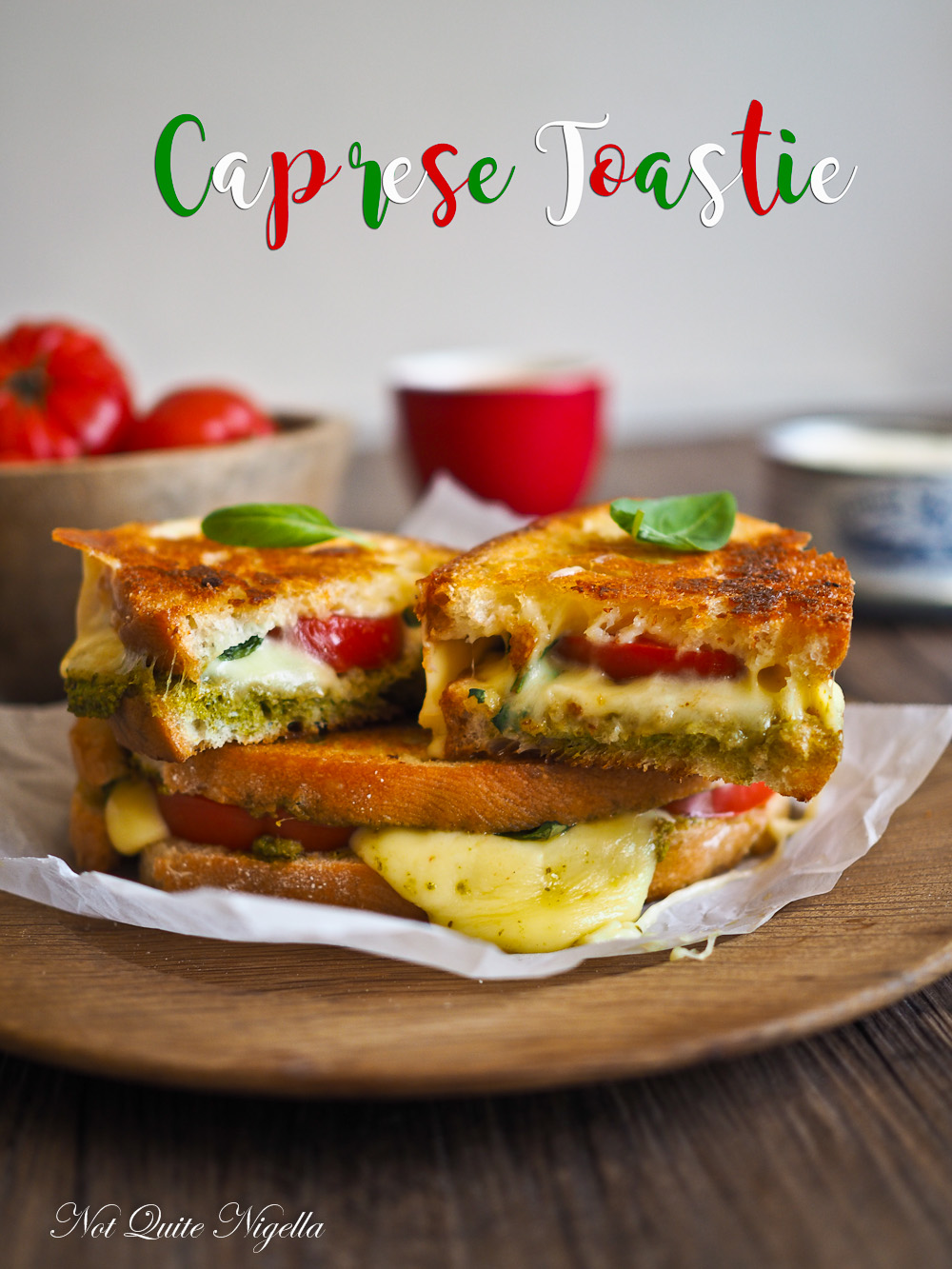 A summer toastie? Surely not - I mean a toastie is a winter sort of wintry delight, paired with a soup but in summer you can make a toastie riff on a caprese salad. With melting mozzarella, slices of summer's best beefsteak tomato, a generous spread of basil pesto, this toasted cheese is pan fried to golden perfection.

The idea came to me one Friday when I didn't have a great deal to eat as it was the end of the week. I had bought some fabulous beefsteak tomatoes from one of the vendors at the Fox Studios EQ markets a couple of days before. One of my favourite things about summer are the red, juicy, sun sweet tomatoes on offer. I thought of the expensive bunch of basil that I had in the fridge and then remembered the mozzarella. A toastie it was!

Can I just say that this is a pushy recipe that you really have to make these at least once, especially if you love caprese salads or toasties because this SO good. The pesto adds a burst of flavour to the melting cheese and the sweet tomato. Also it's easy to make. I almost felt as though this was too simple to make and call a recipe. 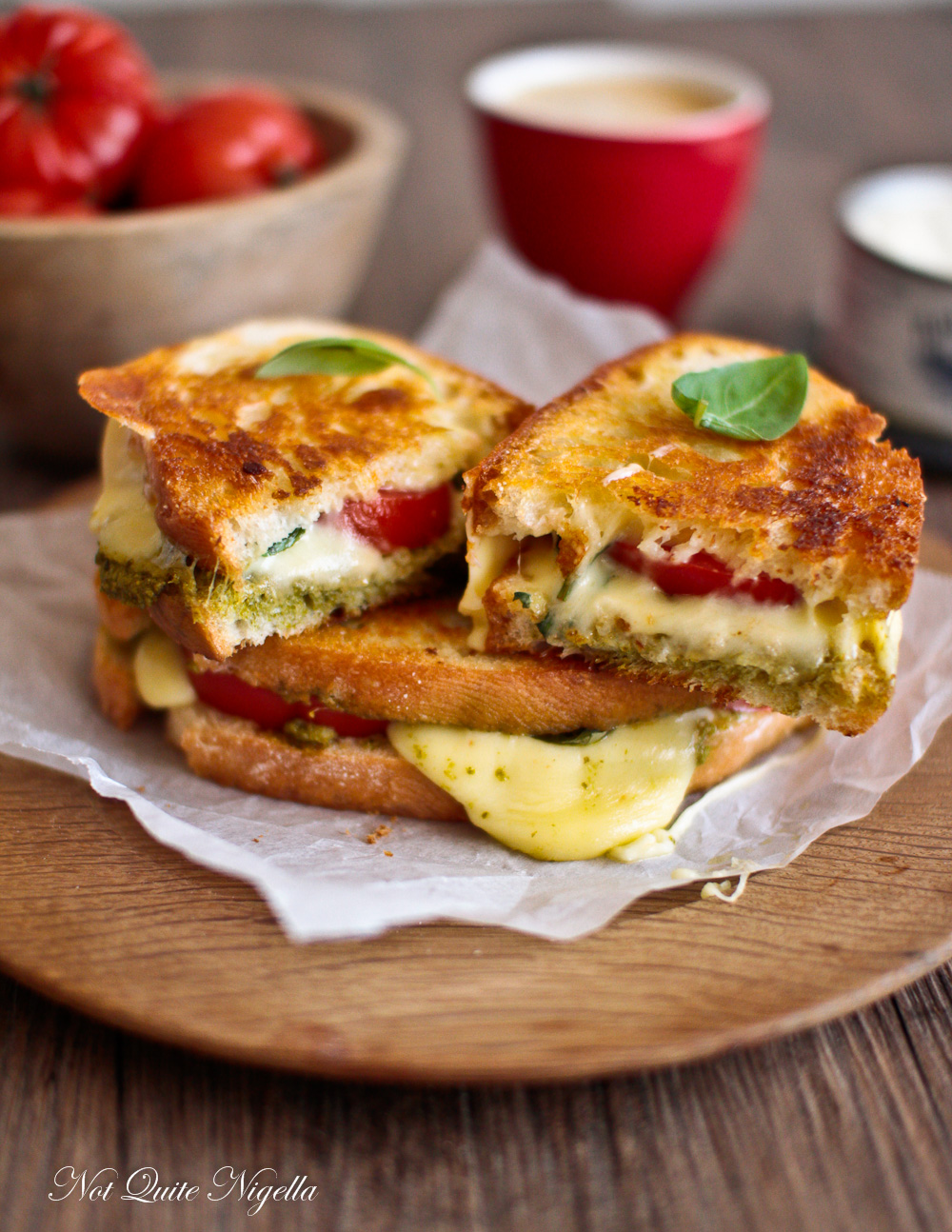 After eating it I met up with Nina quickly over a coffee. I call her the Queen of Bondi Junction because she spends most of her time there. That's where she wrestles and trains and as we sat down a few friends of her would walk past and she would introduce me to them.

There was one guy who was sweating heavily in the already oppressive heat. The poor guy was in sweatpants and a long sleeved sweatshirt. He was wrestling but he was a smidgen over in weight so he had just spent an hour in a sauna sweating it off and he was about to starve himself and them wrap himself in plastic to sweat more off (it's a whole different world to mine!). Nina offered to watch over him in case something happened to him (my brain was like "whaaat!? This sounds dangerous and terrible at the same time!") and then told him that she would meet him a short while.

She turned to me and asked, "Do you think it would be a bad thing if I got some takeaway and ate it in front of him?" with her big brown doe eyes. "OMG YES Nina I think that might push him over the edge!" I warned her.

And I should add definitely don't eat this toasted caprese sandwich in front of him!

So tell me Dear Reader, do you tend to eat toasties mainly in winter or is it an all year round sort of meal? 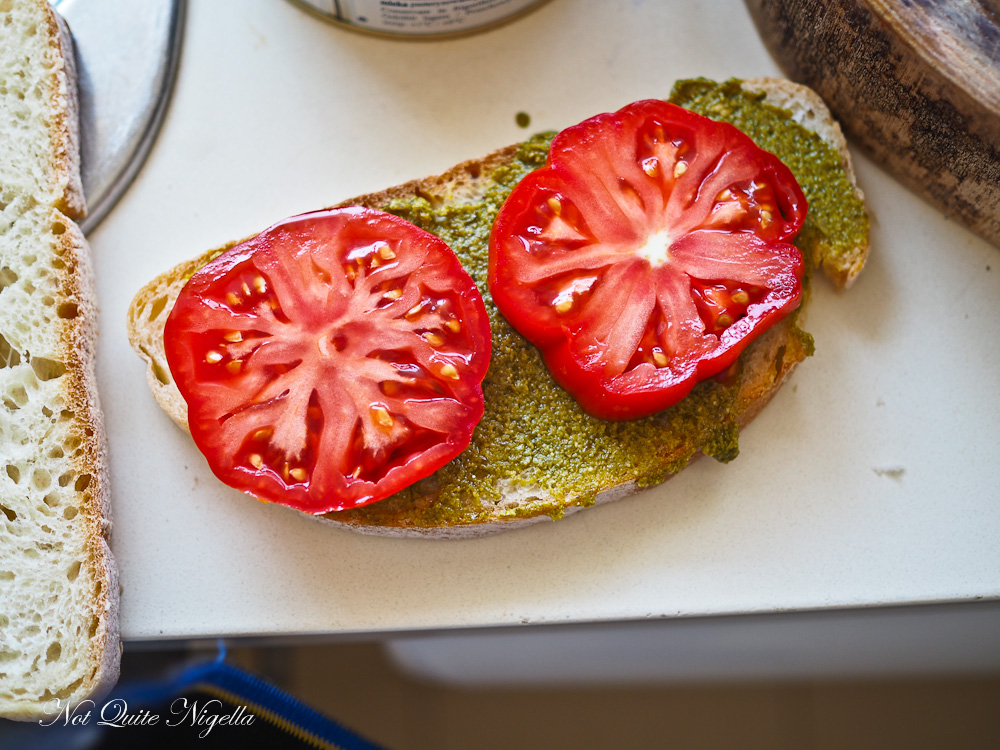 Step 1 - Preheat a frypan to medium high heat and melt a small knob of butter in it. While it is heating rub the cut side of the garlic on the bread and then spread each slice with the pesto (you can be generous with this as it adds a lot of flavour to the toastie). 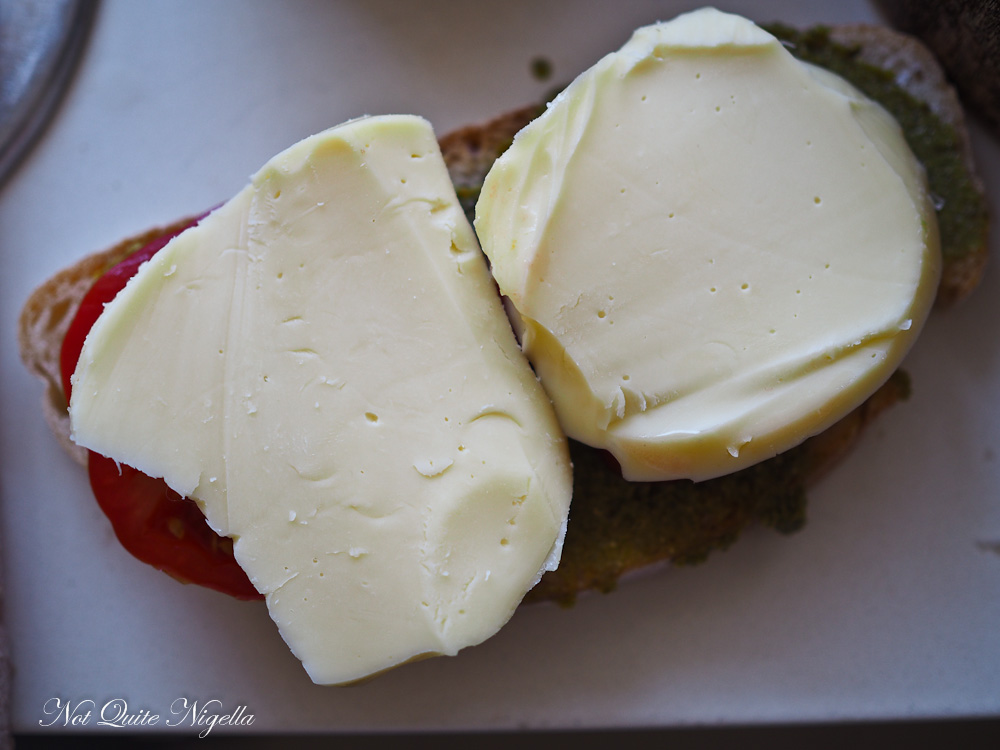 Step 2 - Place two slices of tomato and two slices of mozzarella and basil on two pieces of bread. Place the other slice of bread on top (haha I'm sure you know how to make a sandwich). Spread butter on the top of one sandwich (on the outside) and then pan fry the sandwich butter side down. Spread butter on the other side and then flip over once the bread is toasted golden. 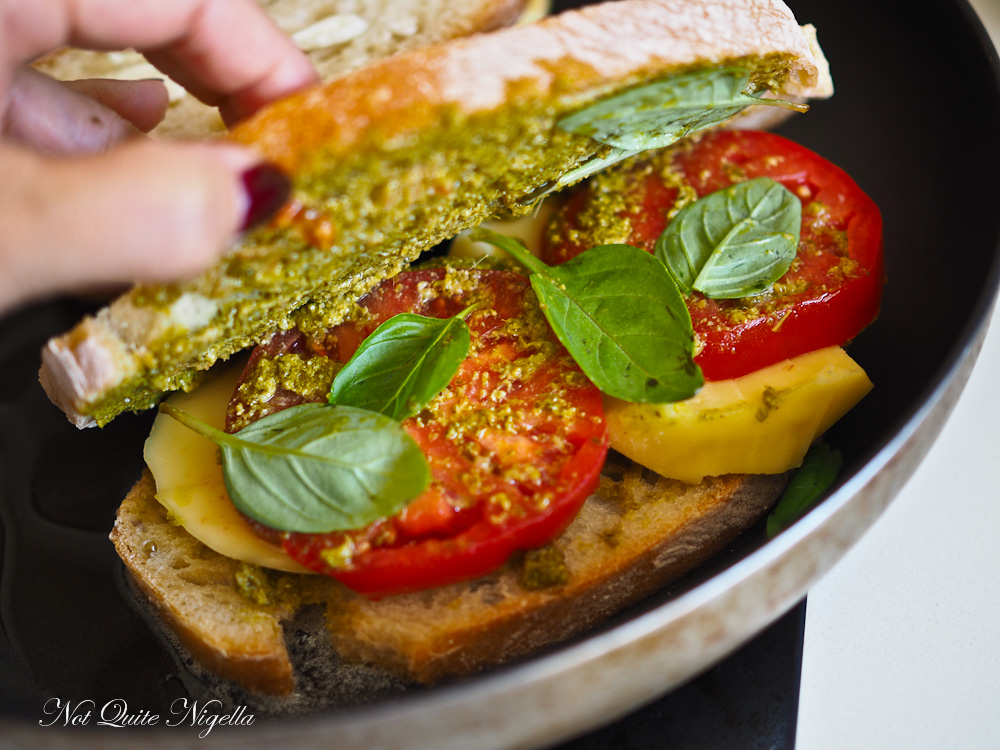