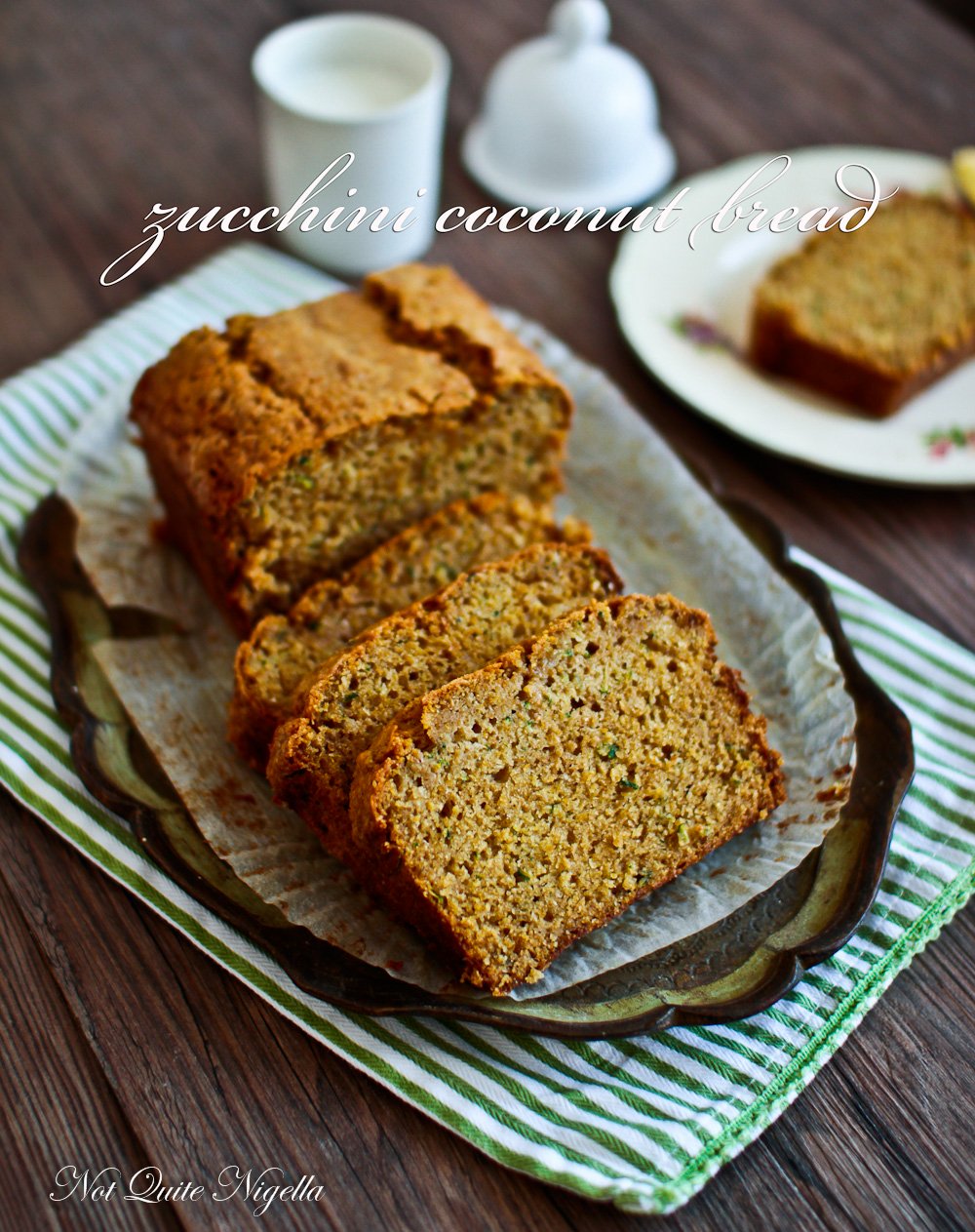 Zucchini are one of those vegetables that you tend to take for granted, or at least I tend to. It always seems to be around, or at least around Summer and Autumn it is in plentiful numbers, sometimes taking on gargantuan proportions in home gardens. It's always fantastically cheap too and good for you. So with a surplus of it I decided to make a zucchini and coconut bread. Except during it, I accidentally left out a rather large ingredient. How would it turn out?

I write my recipes in a hurry and my writing is shorthand as the ideas come out and they are usually and scribbled haphazardly. And because I was rushing a bit to get this done I realised after I had slid the zucchini bread into the oven that I had missed out the milk entirely. But now I can say with certainty that this does not matter. This is a great bread and moist in texture and perfect for spreading with butter. I have started pretty much always baking my cakes on a low temperature of 135C/275F after discovering this method in the best banana cake recipe. It means that the cake is never dry and is uniformly moist. This may not be entirely doable on a weekend morning if you want to eat quickly but if you have the time I urge you to give this a try.

One weekend Mr NQN and I were away on a little getaway. It was dinner time and we arrived at the restaurant at the hotel we were staying at. It was a very romantic restaurant full of couples with low lighting, soothing, hushed tones from the staff and staff gliding back and forth. Except there was one couple in the centre of the restaurant. 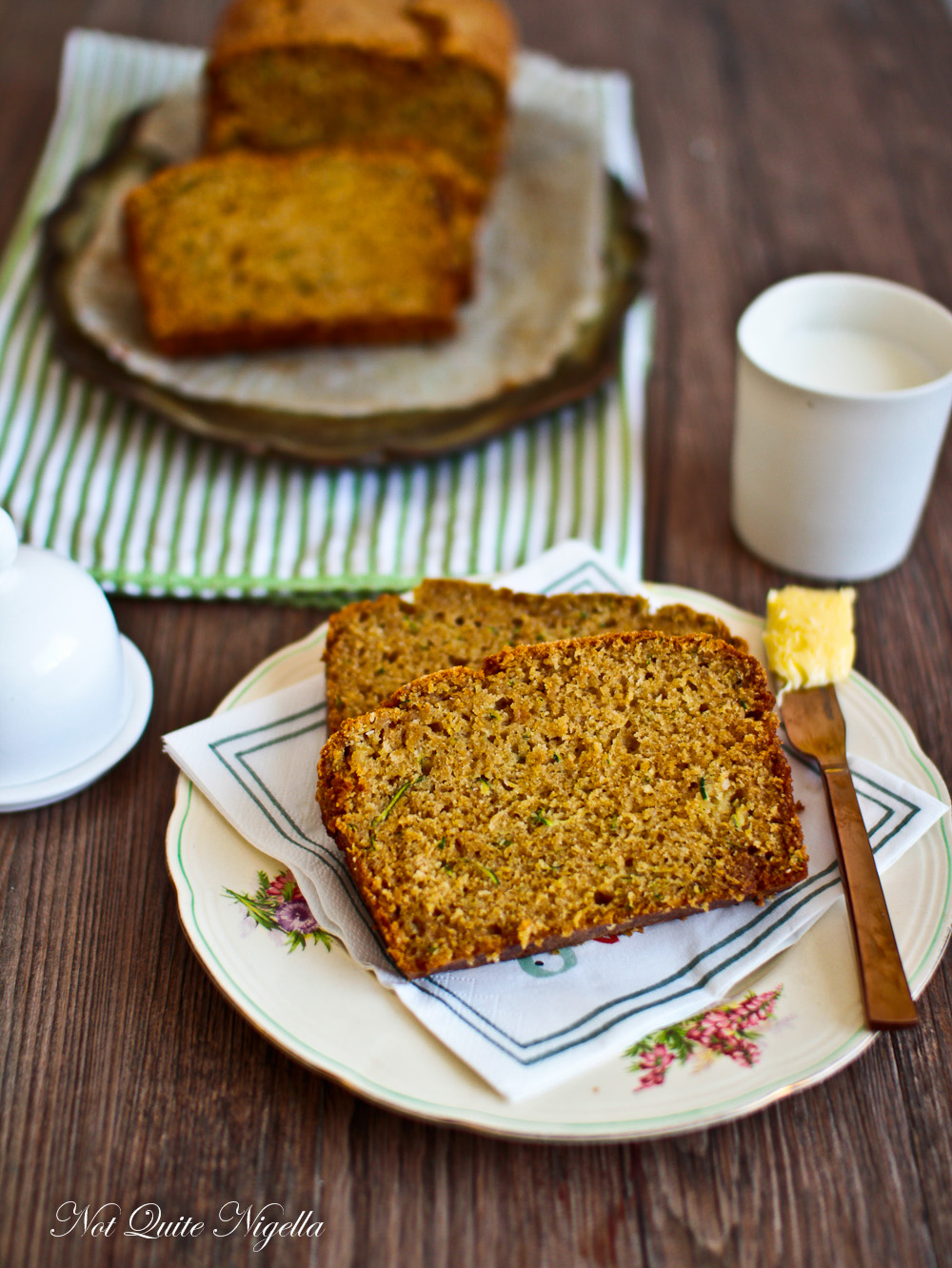 Let's call them Amber and David. I know their names because Amber and David proceeded to talk really loudly the entire time they were there. It was mostly Amber (who had Kim Kardashian's original face) complaining about the shampoo, having to travel to China, bad hotel rooms and a friend that have OFF-END-ED her, chiding David for not managing family share portfolios and then conversation then came back around to shampoo (I never really quite figured out what was wrong with the shampoo as we arrived mid-shampoo rant).

Around us tables would crane their necks at this couple and while I'm not an overly romantic person, they were really killing the vibe as everyone else spoke in soft tones. They weren't drunk but I really wondered if sometimes we were like that and were so caught up in ourselves and our own drama that we annoyed the crap out of everyone in a restaurant? "Please don't let them be our room neighbours," I whispered to Mr NQN. I couldn't bear the idea of hearing about the shampoo again. But then really, I guess our topics of conversation are a little boring too (just not as loud).

I talk about things like baking ideas. Mr NQN is a bit like David, murmuring agreement every now and then. I had bought some farm fresh zucchini from a market that day intending to take it back home to Sydney to cook with. Because I had bought so much I had an excess so we were discussing what to eat it with. Mr NQN's suggestion was "eat it as it is" but I don't know if my Dear Readers like you would appreciate a one sentence recipe consisting of "wash and eat".

This zucchini bread is ridiculously easy - you can see that there's no creaming or any hard work below and what results is a beautiful, moist, green flecked bread. If you have people that can't bear the thought of vegetables in bread (and to me they just add the nicest texture to baked goods) then you can peel the zucchini first. And definitely serve with soft butter to spread on top!

So tell me Dear Reader, have you tried the baking on low temperature method? Do you like baking with vegetables? And would a loud couple kill your vibe or are you good at shutting noises out? 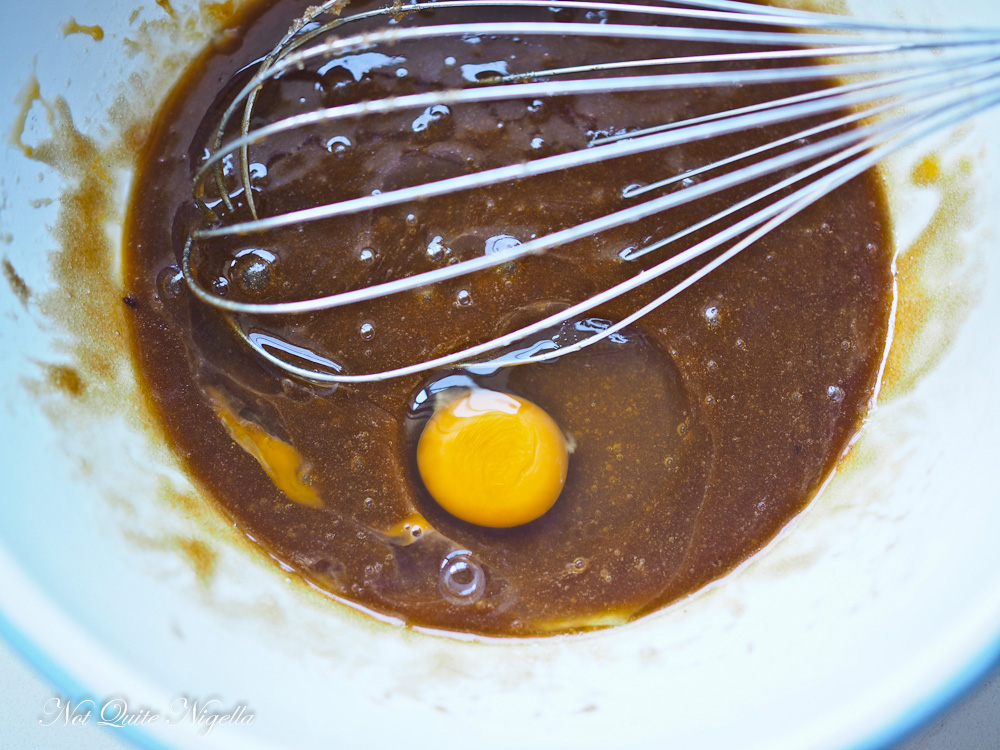 Step 1 - Line a large loaf tin with parchment and preheat oven to 135C/275F (very low). Whisk the oil, brown sugar and eggs together until smooth. Add in the zucchini and coconut and mix well. Then add the flour, bicarb and vanilla mixing until just combined (do not overmix as this will work the gluten and make it tough). Scrape into the prepared tin and bake for 1.5 hours. Serve with butter. 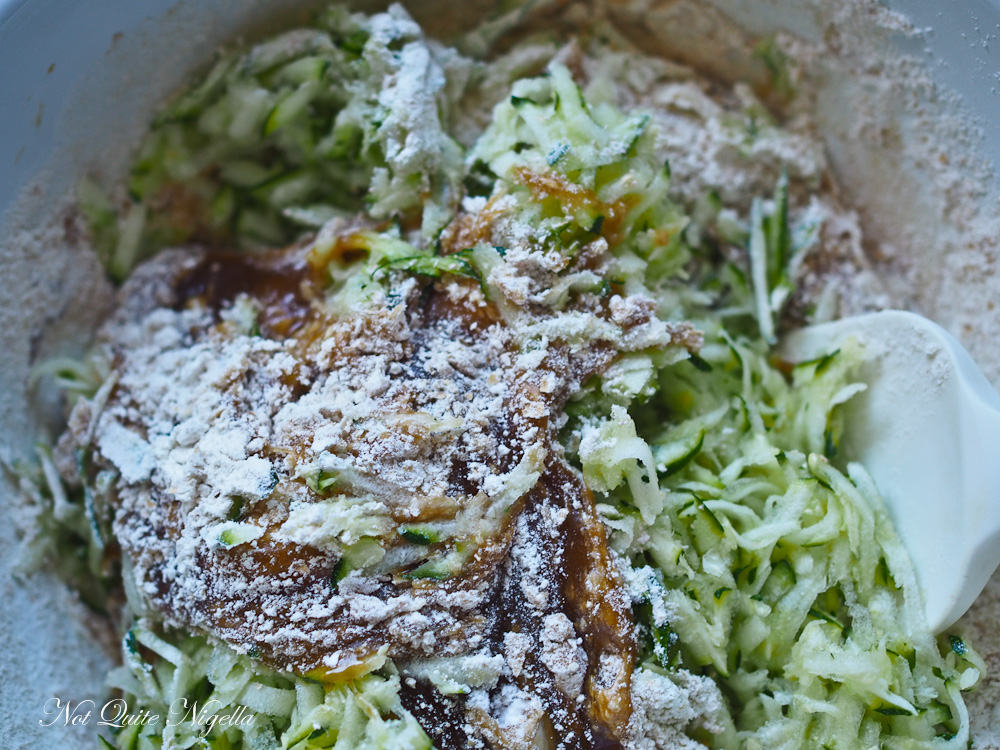 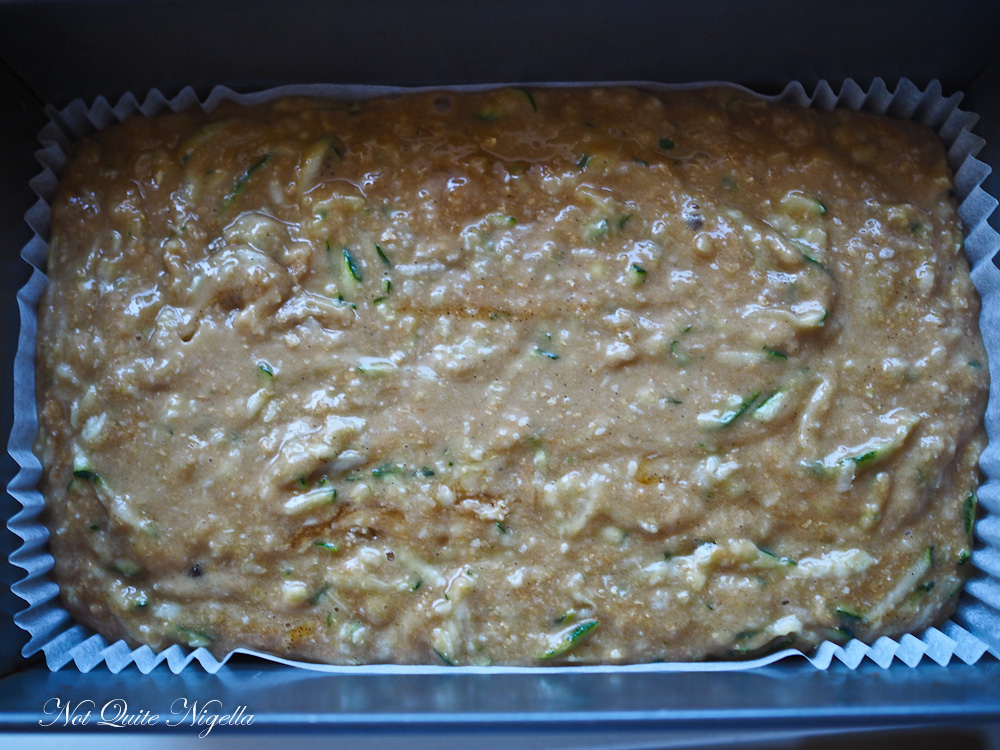