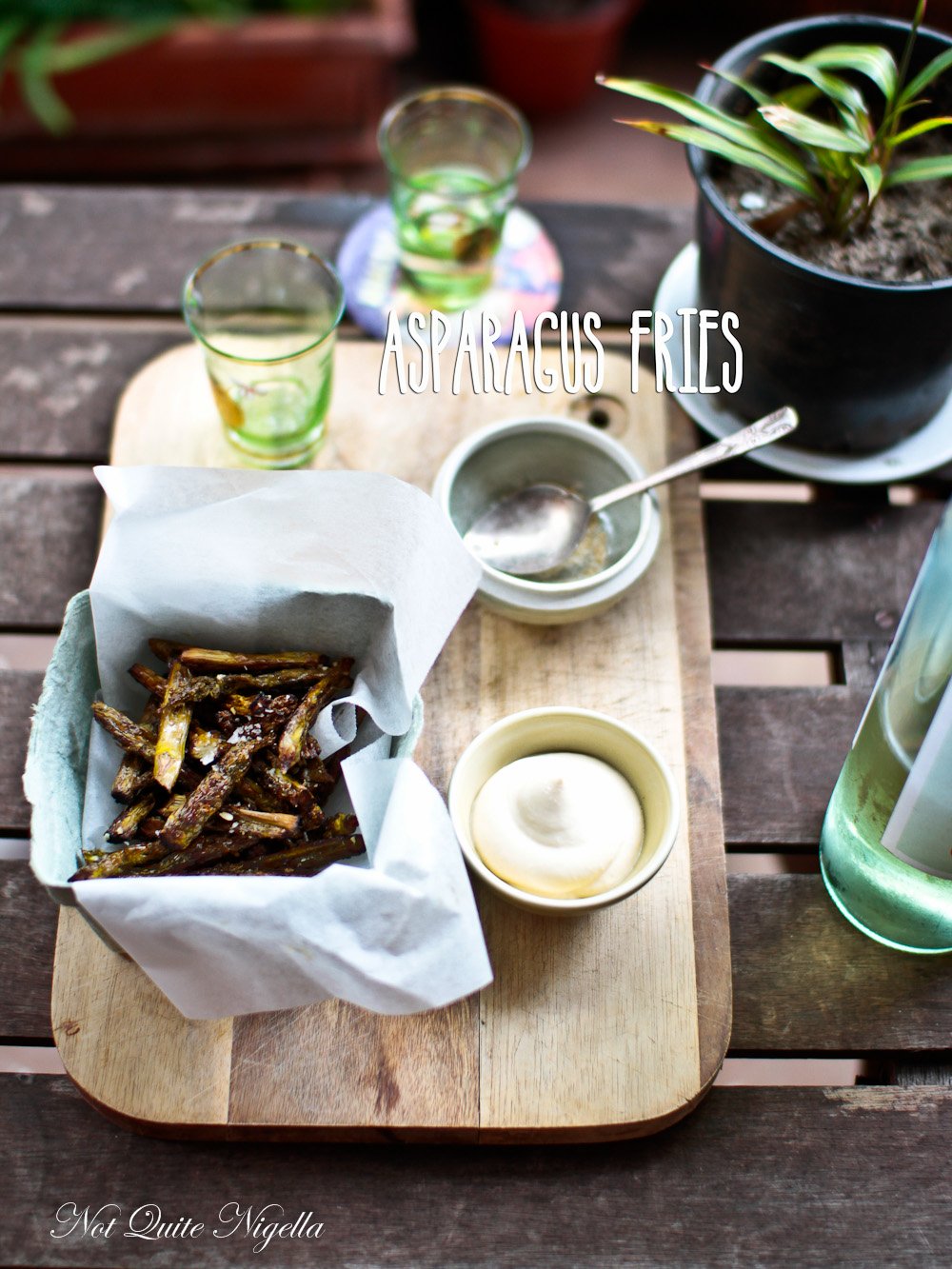 Asparagus fries? If you're after something crunchy and full of goodness then give these asparagus fries a try. Asparagus aren't even really in season and yet they're plentiful at the markets lately. These fries are a misnomer - they're baked not fried and seasoned with salt, onion and garlic. But a little warning, you may want to buy lots of asparagus for these as they're very moreish especially served with garlic aioli!

This is an accidental recipe. One that came about when exhausted after fretting over, roasting, filming and photographing a pork belly roast I collapsed on a couch and refused to move from it. We just did the blogging thing where I cooked something early in the afternoon and then photographed it while it was still light only to eat it later that night. And I had actually forgotten that I had left a tray of asparagus spears in the oven.

It was up to the guys to serve things up. "Hey I was wondering if you were making asparagus chips?" Mr NQN asked. I opened one eye from the comfort of the couch and cocked my head, "Oh no I forgot about them!" I said sitting up straight. He and Viggo explained that they had become wonderfully crispy, much like a fry and that I should definitely make them again! When we got home I replicated what I did before but this time I cut up the asparagus into 2 or 3 pieces so that they resembled fries. They were roasted in a high oven with a little oil and then I seasoned it with onion powder, garlic powder and salt and served it with aioli-delicious! I was happy that my tiredness from photographing had produced something edible and not burnt and something to make again! 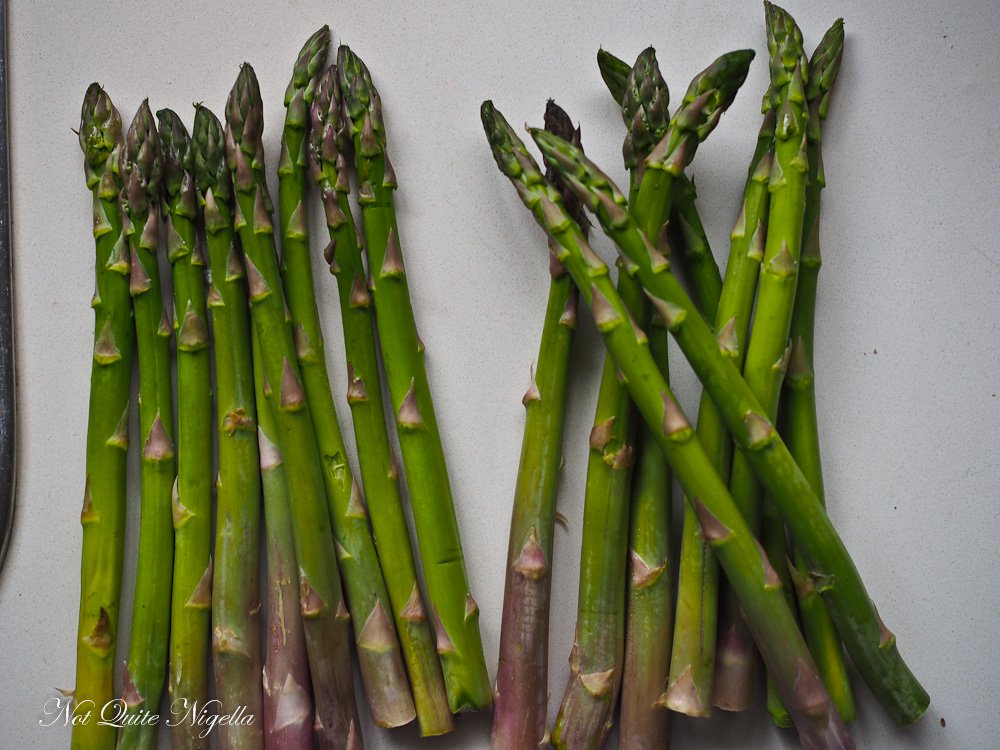 Speaking of photography, a few weeks ago I got to travel overseas with some Instagrammers to Copenhagen. They were quite nice, friendly enough and quite young and at least they didn't give you a greasy glare like some writers do when you travel with them (there's sometimes one that thinks that bloggers don't belong in a group of journos). They were more fashion influencers and we came to one activity which involved us steering a boat down the canals of Copenhagen. We separated into two groups: it was the fashion influencers in one boat and the rest of us in another.

We set off and waited for them but they lagged behind. They were busy taking selfies and photographing each other. They were after all fashion influencers and that was their job. Alas in all of the photo taking flurry they ran the boat into the tunnel! I think I'll stick with taking photos of food. It sounds less likely to end in accident given how accident prone I already am! I would have perhaps landed in the water...

So tell me Dear Reader, what do you usually photograph? Your food? Nature? Yourself? Landscapes or views? Do you prefer sweet or salty snacks?

Step 1 - Preheat oven to 240C/470F. Line two trays with parchment. Wash the asparagus and snap them at the ends, they will break at a natural point and discard the woody ends (you can use it for stock but asparagus is a strong flavour). Cut the asparagus spears into two or three pieces each. Drizzle with oil. 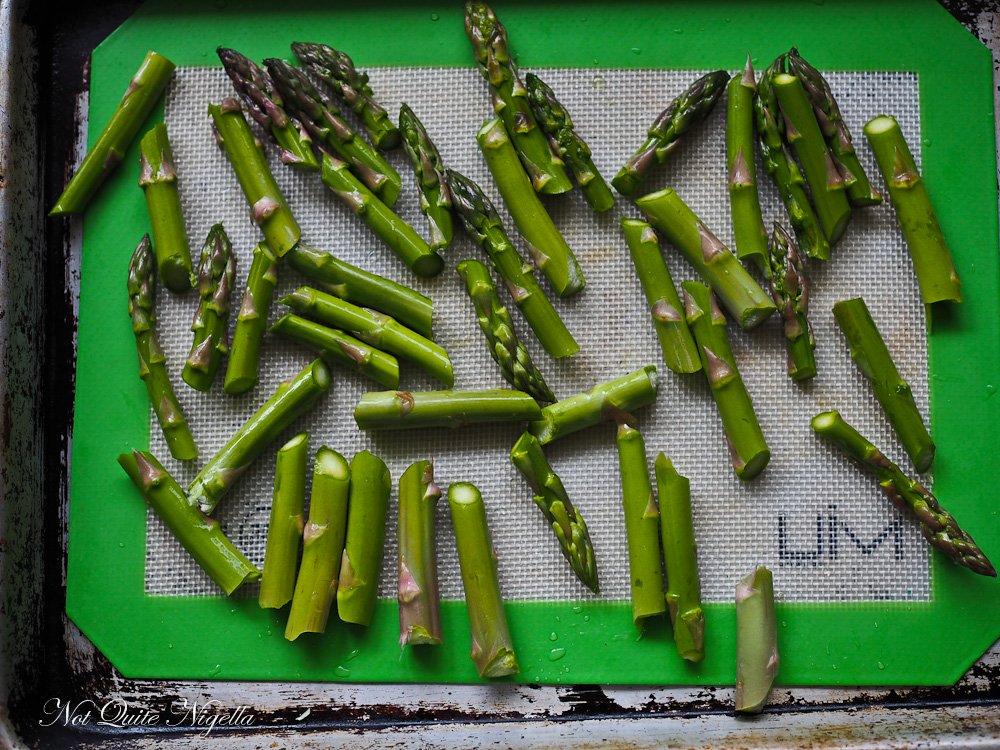 Step 2 - Roast 20 minutes. Turn off oven and leave in the oven for 20 minutes or so to dry out and cool. Mix the onion, salt and garlic together and then sprinkle over the asparagus. Serve with a pot of aioli to dip them in.

Alternatively you can give them the same crumbing treatment as these [avocado fries][4cf81a36]!