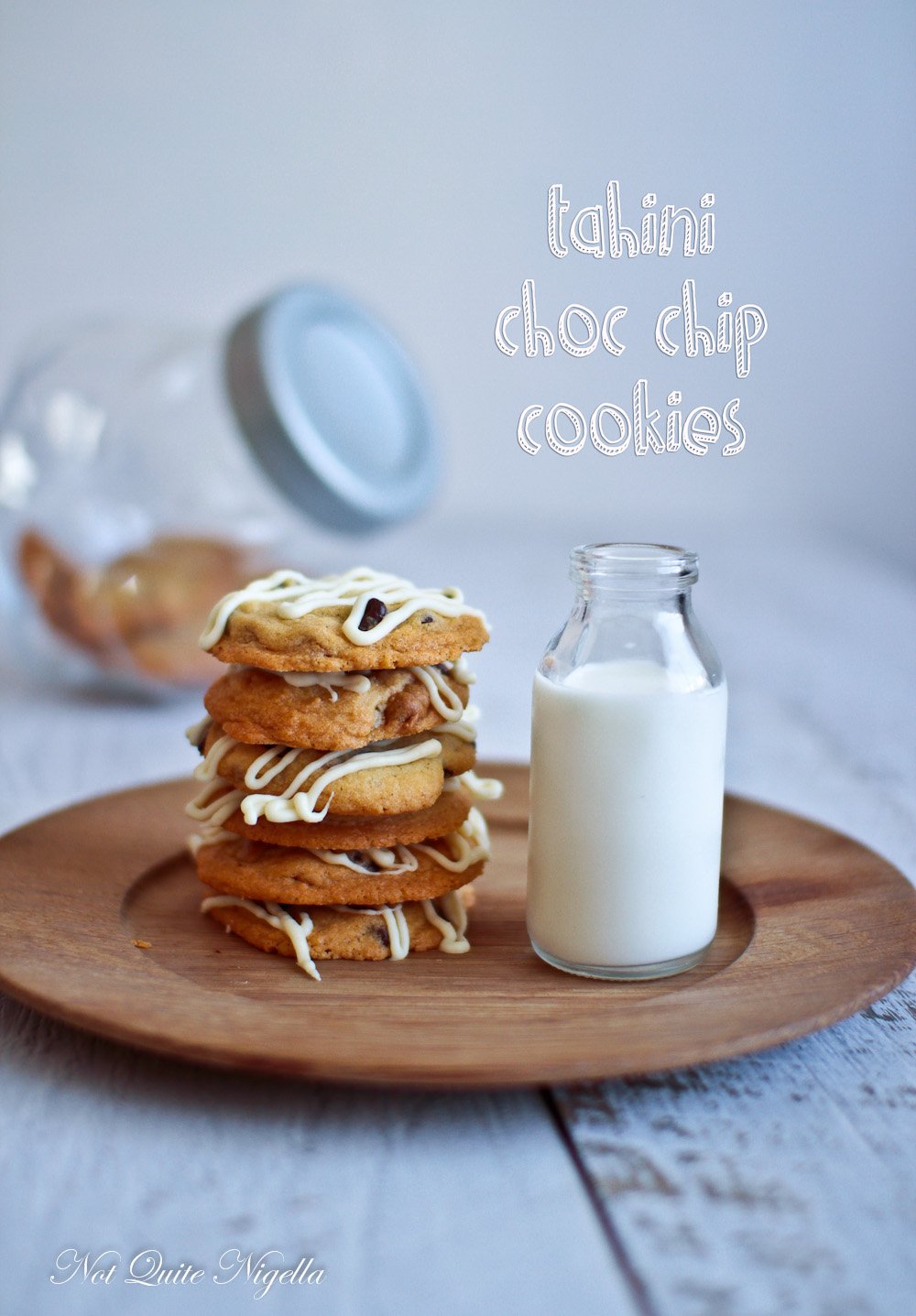 Tahini, the latest ingredient to take over the food world is not a new one. We eat it in hummus but what about in sweet items? These chocolate chip cookies are a mix of sweet, salty, nutty and crispy or chewy (depending on when you eat them). And if you love a chocolate chip cookie but want a new updated version, they're well worth making!

I described these as nutty because that's perhaps the most familiar taste of tahini which is smokey and rich. In these cookies there isn't a pronounced smokiness, just a kiss of it much like what you get with hummus. The original recipe in the New York Times by chef Danielle Oron sprinkles these cookies with salt and involves resting the dough for 12 hours in the fridge. 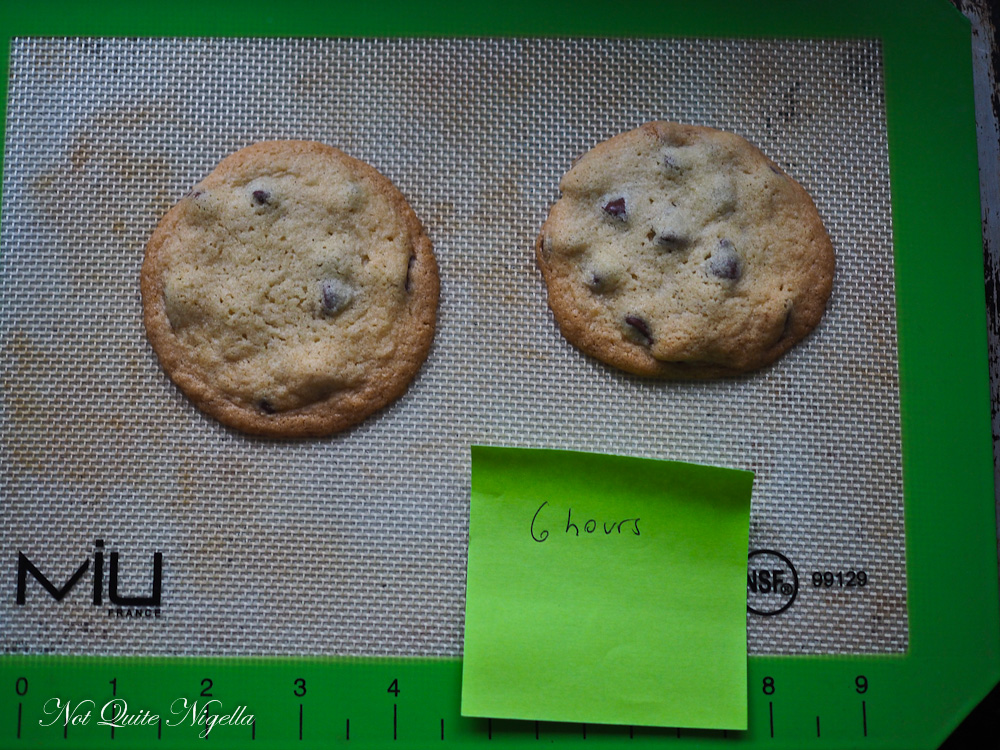 I changed this recipe around as I tried baking these after resting for periods of: 0 minutes, 6 hours, 12 hours, 24 hours and 36 hours (much like the NY Times 36 hour chocolate chip cookie). All of the cookies were crisp when they were first baked and as the hours went on most of them became chewy. I did a taste test with friends and interestingly enough we all agreed that the 12 hour cookies were the best followed by the 6 hour cookies (in case you can't be bothered waiting that long). Interestingly, the 36 hour cookies remained crisp while the rest of them became chewy over time. And they're still good three days on if you do have any left. 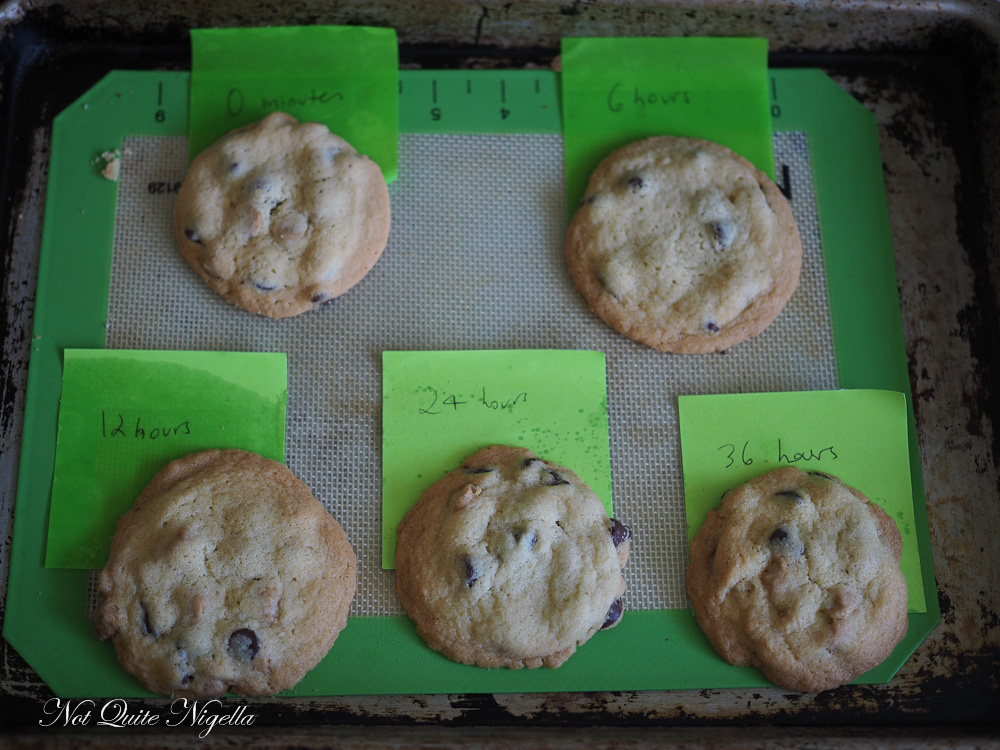 I didn't feel that it needed the extra salt sprinkled on top (and I'm someone that loves salt). Instead I added a layer of white chocolate and tahini which combines surprisingly well. I've never added a nut butter or tahini to chocolate before but it works!

Speaking of New York, you're probably familiar with the site Humans of New York. They did a series on refugees where a man called Muhammad was studying English literature at the time the Syrian conflict started and had boarded a people smuggling boat to Kos in Greece. What he went through was incredibly traumatic and as much as we see scenes of war on the news, this one story showed me just how much people go through just to stay alive. I won't spoil it for you but please read it (Muhammad's story here) because it is truly moving and will give a different perspective on life. 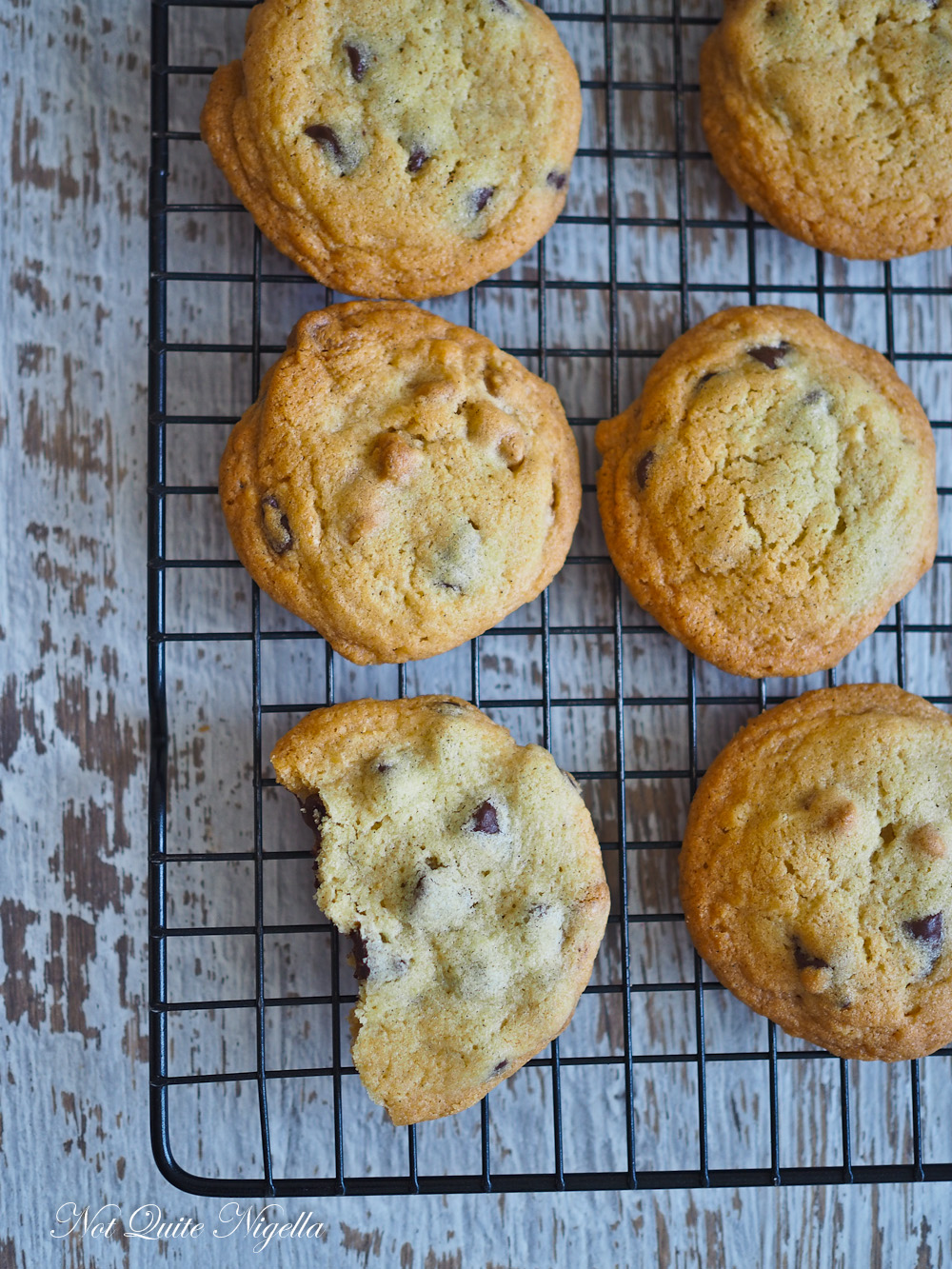 As I was reading it out loud to Mr NQN in the car I got to the last paragraph and felt my eyes welling up and then I was sobbing huge gasps of tears. Mr NQN looked alarmed and looked left at me while gripping the steering wheel. How had his wife gone from a steady voice to howling, gulping cries?

Nina told me recently that her fiancé Garth had reacted in the same way when she found a site for a shelter that needed people to adopt some dogs urgently. "All of these dogs will die if we don't adopt them!!" she said sobbing while Garth looked upon her wide eyed and terrified at the sudden change. Nina explained that in public, Garth is a little uncomfortable with displays of affection so he said "Oh dear, tears" and then place his arm around her while she sobbed.

So tell me Dear Reader, are you given to sudden emotional outbursts? Do you like tahini? And how do you usually prepare it? 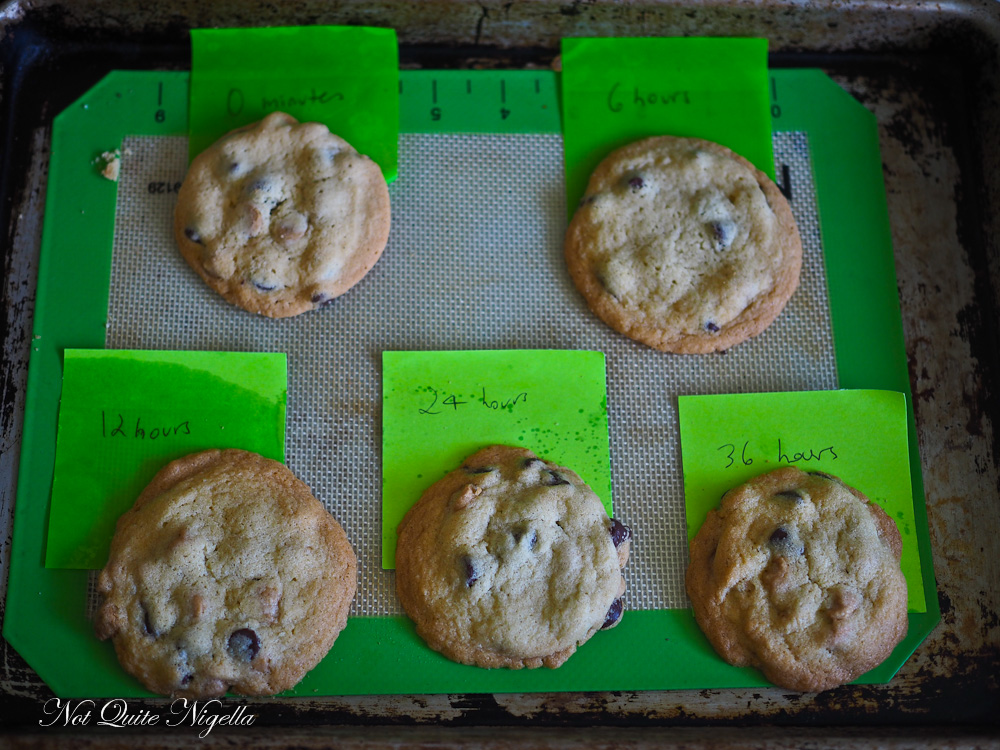 Adapted from the New York Times

Makes: anything from 12-30 cookies depending on how big you make them and how large your ice cream scoop is 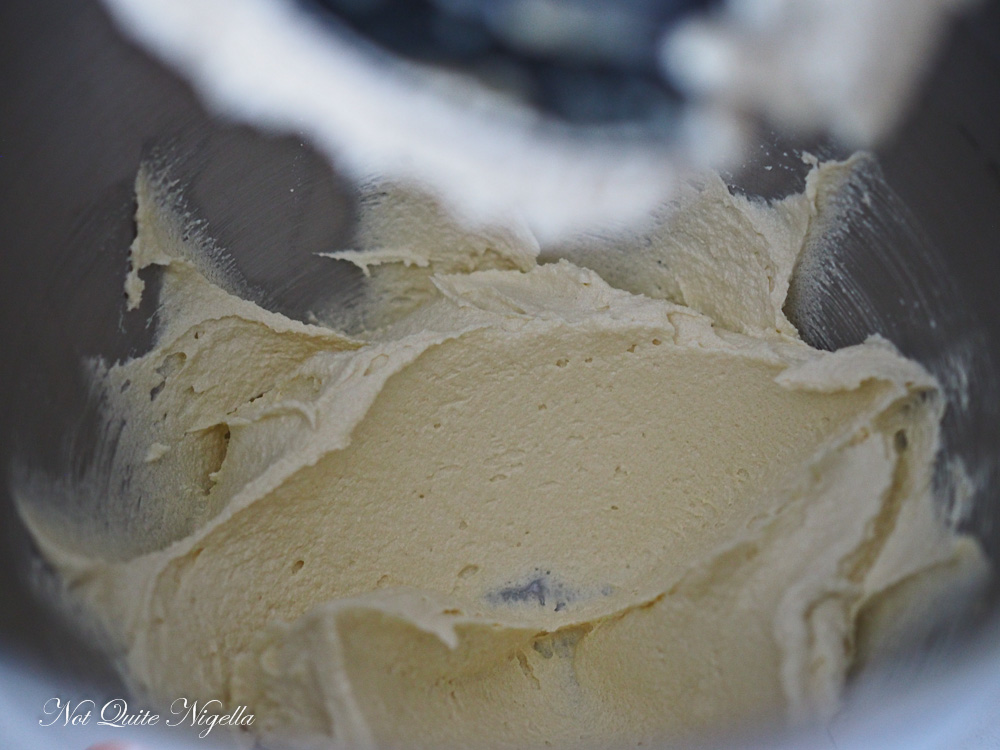 Step 1 - Beat the butter, tahini and sugar on medium speed for 5 minutes. Add the egg, egg yolk and vanilla and beat for an additional 5 minutes. 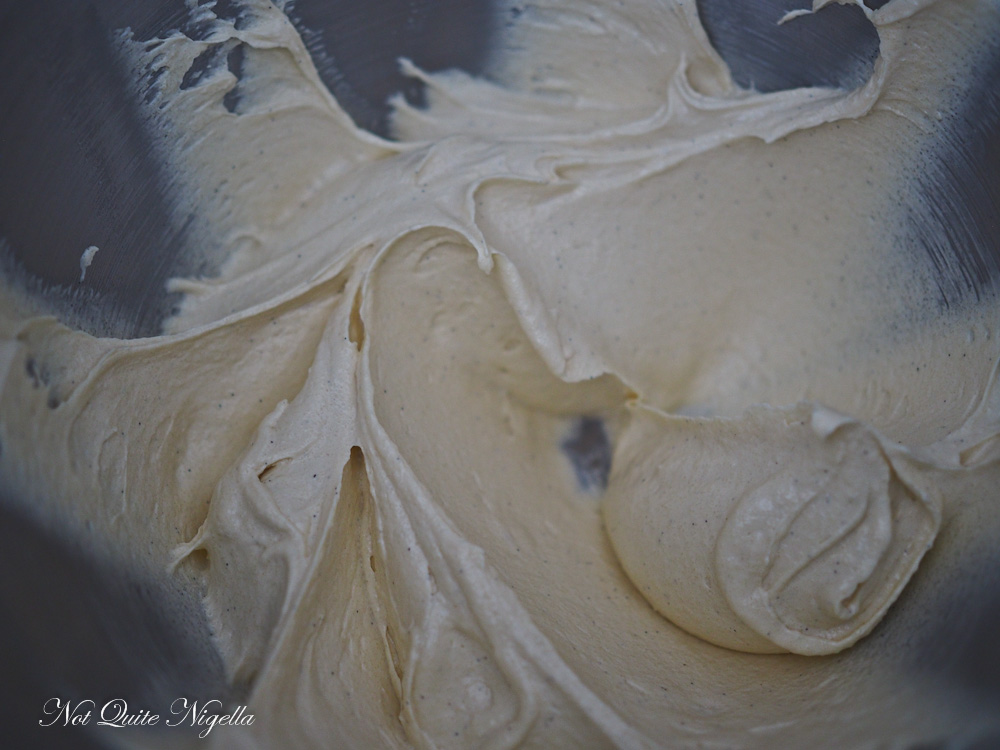 Step 2 - Whisk the flour, bicarb, baking powder and salt together. Add the flour mixture and chocolate at low speed or by hand until just combined. Refrigerate for 6-12 hours. You can also bake these straight away. 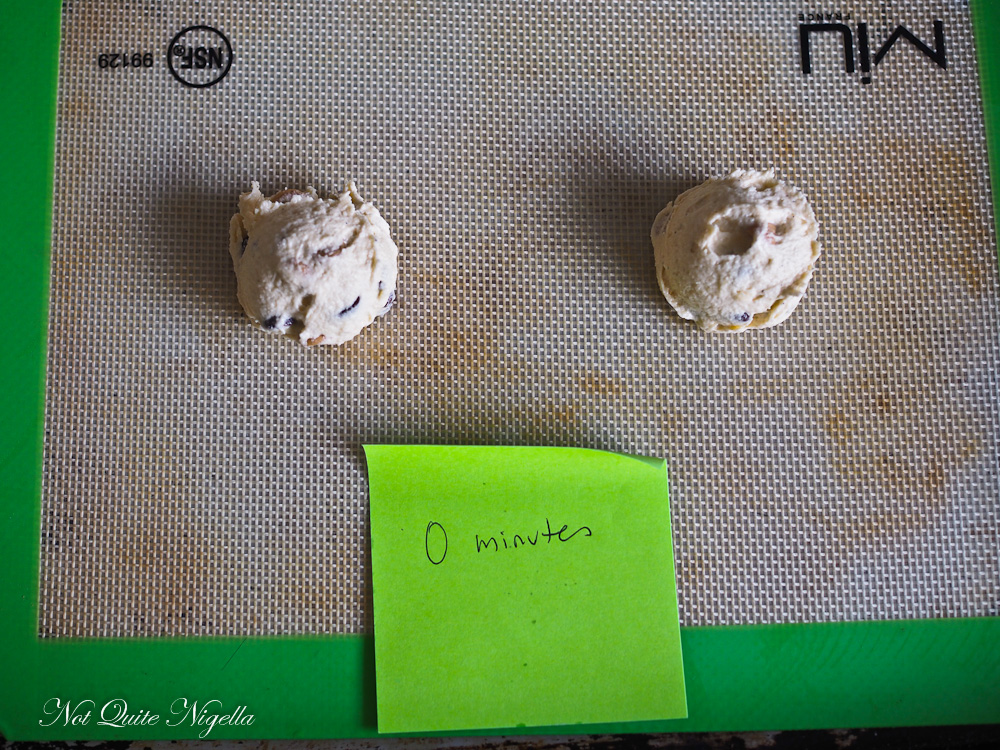 Step 3 - Preheat oven to 160C/320F and line four baking sheets with parchment (or do these in lots, you can also freeze the balls of dough and bake them fresh). Take a small ice cream scoop and place on the lined trays 2 inches apart (further apart if you use a larger scoop). Bake for 16 minutes. 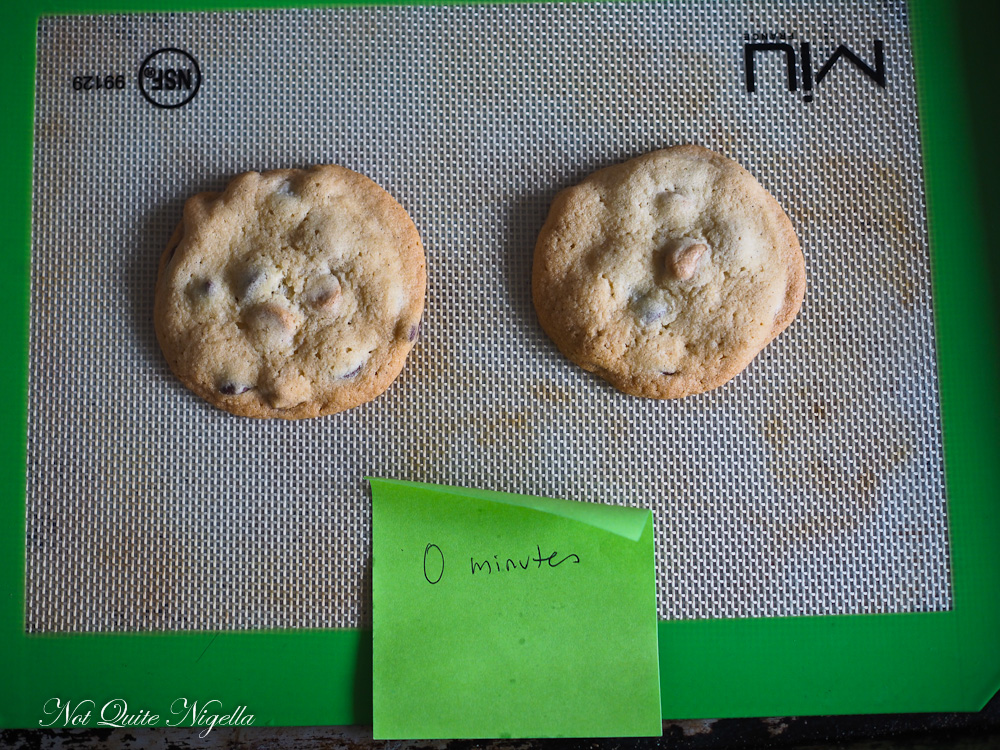 Step 4 - Melt the white chocolate over a double boiler or in the microwave on 50% power (making sure not to burn it). Once melted, stir in the tahini. Place in a piping bag with a small plain nozzle and pipe zig zags over the cookies.