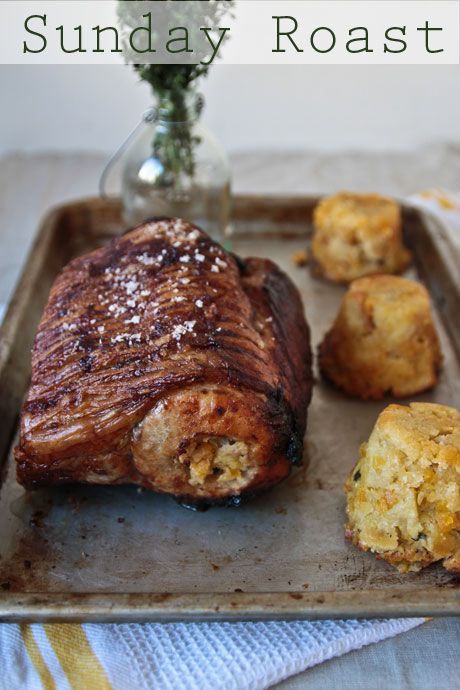 Sometimes you need your friends or partners to point out when you are doing something strange. Something that you've been doing for most of your adult life and thought was perfectly normal. This occured when Queen Viv and Miss America were in the car with Mr NQN and I. He was driving and I was in charge of the radio as it was a new car for us and we hadn't brought our music with us.

Frustrated I was switching stations endlessly until I would settle on one that was playing a song that I liked.

"Aha! Here's one!" I'd say and then when the song was over I'd be off searching for a new song.

"What are you doing?" Miss America asked.

"I'm trying to find a song that I know" I answered pushing the same buttons over and over again.

"You just want to listen to songs that you've heard before?" he asked sceptically.

"Well...yes pretty much" I responded weakly

Mr NQN piped in "She sometimes plays the same song 10 times over."

"You're mental. That is not normal." said Miss America bluntly.

I plead guilty. On both counts. Of only wanting to hear some familiar to me and also of not knowing that that was not normal.  Several years ago we were at Miss America's apartment and he put on some songs from the 50s and 60s and he and Queen Viv reminisced. As they grew up in that era they were rhapsodic over these songs and became lost in memories. I do the same with the music I listen to. For me, it's the chance to quickly go back to a more innocent time before mortgages, jobs and paying bills. 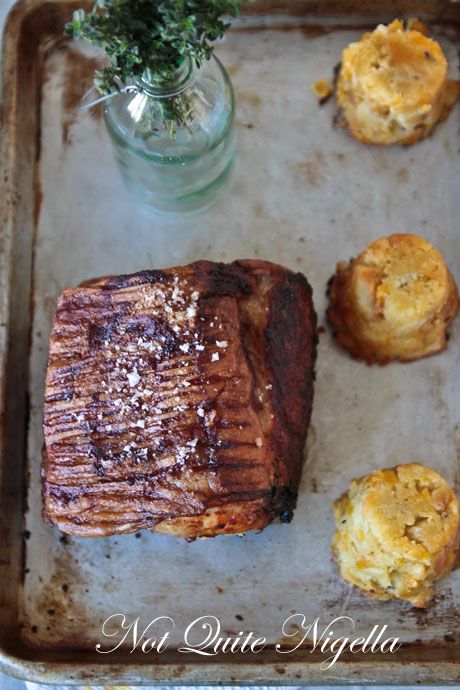 One childhood tradition I didn't have though and one that I was endlessly curious about was the concept of a Sunday lunch or a Sunday roast. My parents never did it and it was only when I stayed at friend's houses on a Sunday that I finally understood what the fuss was all about. It was the only time that my friend didn't mind her parent's company and it was when everyone sat down together.

Mr NQN and I don't really have a Sunday roast tradition but I thought this Winter might be a good time to start one. For starters on Sundays, he is now kiteboarding when there is enough wind and has a gargantuan sized appetite when he returns and I of course love repetition and tradition (see my music selection for evidence). Pork or chicken are probably my two favourite types of roast and this stuffing recipe is from when Mr NQN and I went for a Sunday lunch at the Botanic Gardens restaurant and ordered their roast . It has now become my favourite stuffing. So I begged and beseeched the chef Hamish Watt for the recipe which they kindly shared with me and in turn you. This stuffing is divine-the right amount of sweetness from the apricots to complement pork and chicken but the lovely savouryness from the combination of garlic, onion and the right amount of thyme.

I admit have gobbled up most of the stuffing while waiting for the roast to cook so I quickly made up another batch but this time having almost run out of cream and realising that I had actually eaten a lot of cream I attempted a low fat version using chicken stock and a only little bit of cream. It was a good and less guilty substitution and even the next day in sandwiches the roast pork was divine. In fact we debated about whether it was better in a sandwich or as is but we agreed that a roast is always better with stuffing.

So tell me Dear Reader, do you have any food traditions like Sunday roasts, fish Fridays or Taco Tuesdays? And what is your favourite decade for music? 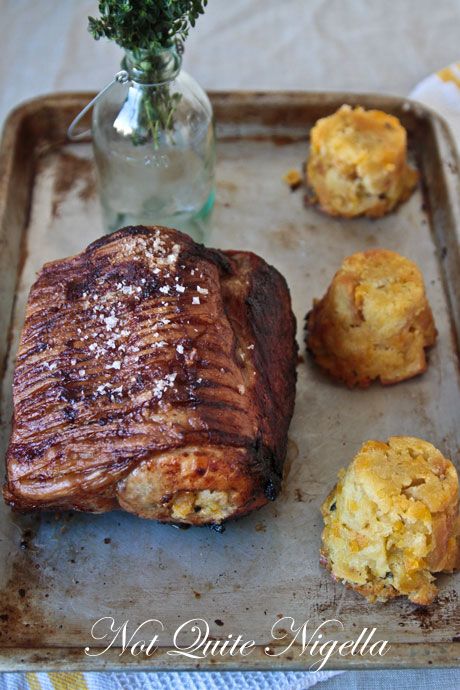 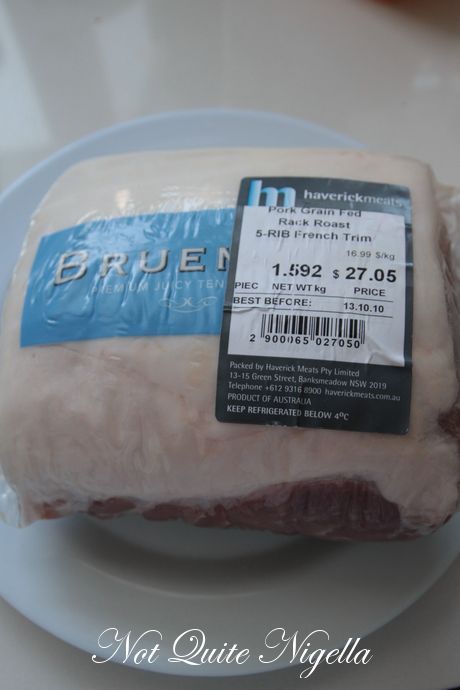 Start with great meat-I froze this pork roast from Haverick's and even though went over the 6 months recommended for freezing, it was still perfect 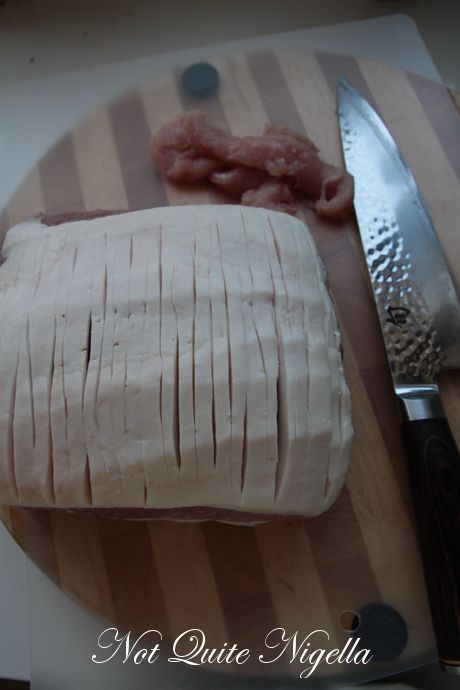 Step 1 - Prepare the pork rind to make crackling by making sure that the rind is as dry as possible by pressing paper towels against the rind only. Score the rind on top with your sharpest knife and rub salt over the rind. Preheat the oven to 230C/450F. 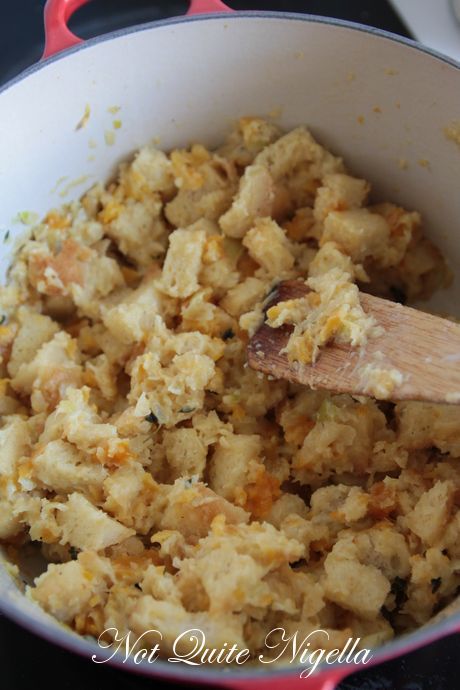 The stuffing-it helps enormously if you don't eat it all before dinner time...

Step 2 - Firstly make the stuffing. Place onions, thyme, garlic and butter into a pot and sweat off until onions are translucent and soft-don't hurry this the onions must be soft and lose all acridness. Add 1/2 cup dried apricots finely diced and sweat off for a few minutes. Deglaze the pan with 50 ml brandy and cook for a minute then add the cream and bring to the boil. Add sourdough then turn heat down to low and place a lid on the pot, stirring occasionally for about 30 minutes or until the bread has absorbed all the liquid. Season with salt and pepper. 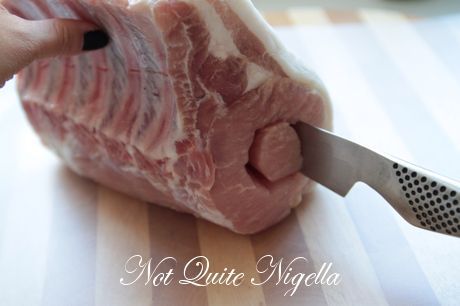 Cut out a bit of the centre so that you can stuff it with stuffing, keep the pork, it's delicious & tender and I used it in fried rice. 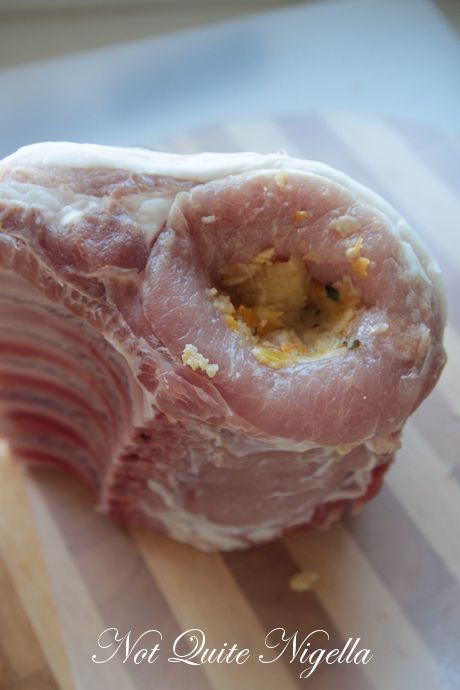 Step 3 - Using a sharp boning knife, cut a hole in the centre in the pork going all the way out to the other end. You don't have to do this if you don't want to, you can bake the stuffing in a separate dish. Fill in the centre with the stuffing but don't pack it too tight as it will expand (and I always pack it too tight).  Bake it for 20 minutes to blister the skin.

Step 4 - Lower the heat to 180C/350F and then bake it still skin side up up for 45 minutes. Place the extra stuffing in a dish or molds and place in oven for about 20 minutes. Remove from oven and allow to rest under loosely covered foil. Slice and serve. It is fantastically good in sandwiches with some great mayonnaise. 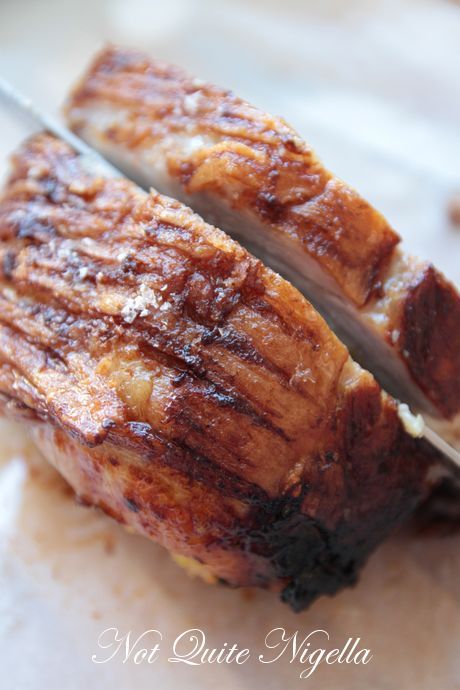 *To make a low fat version of the stuffing you can substitute the cream for chicken or vegetable stock. I found it best when 300ml of stock was used and 100ml of cream just to finish it off and give it a richness. 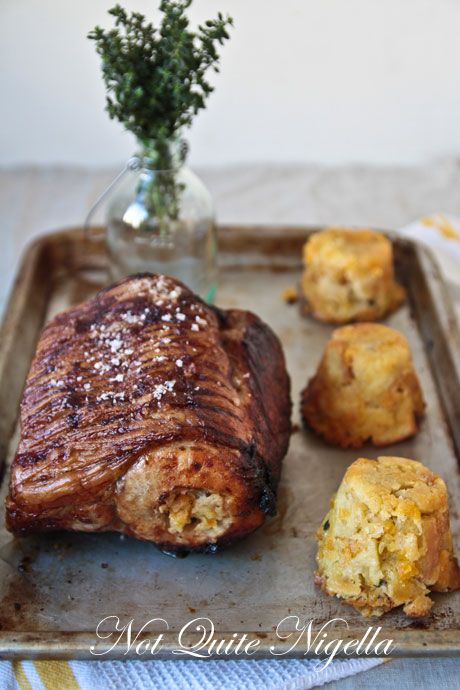