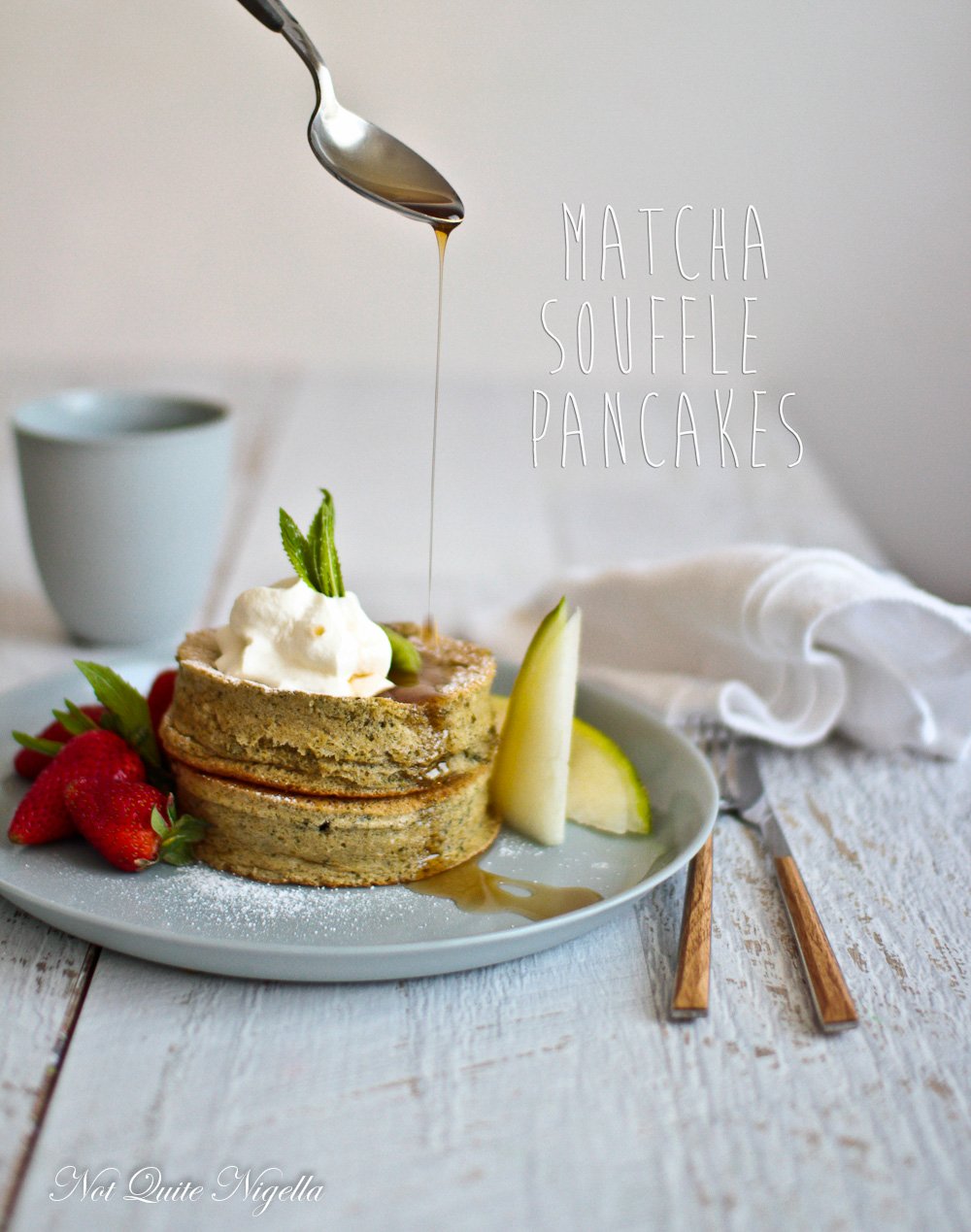 The pancakes from Japan's Hoshino Cafe are legendary but did you know that you can make these gorgeous pancakes at home yourself? They're less fiddly and temperamental than a souffle but if you've ever made a sponge cake, you'll find these beautifully light pancakes a cinch! And they're just made for maple syrup and cream!

When we travelled to Japan this year we went around chasing a hotcake (as you do when you're obsessed with collecting food memories). I called this particular hot cake the Kim Kardashian of pancakes because it looked so perfect that it appeared as though we were viewing it through an Instagram filter. It was also thick. Like really thick and I have to admit that I thought of Kim's jiggling bottom when I saw someone jiggle them. So much so that I said "I have to go to there!" and made a beeline for the cafe. 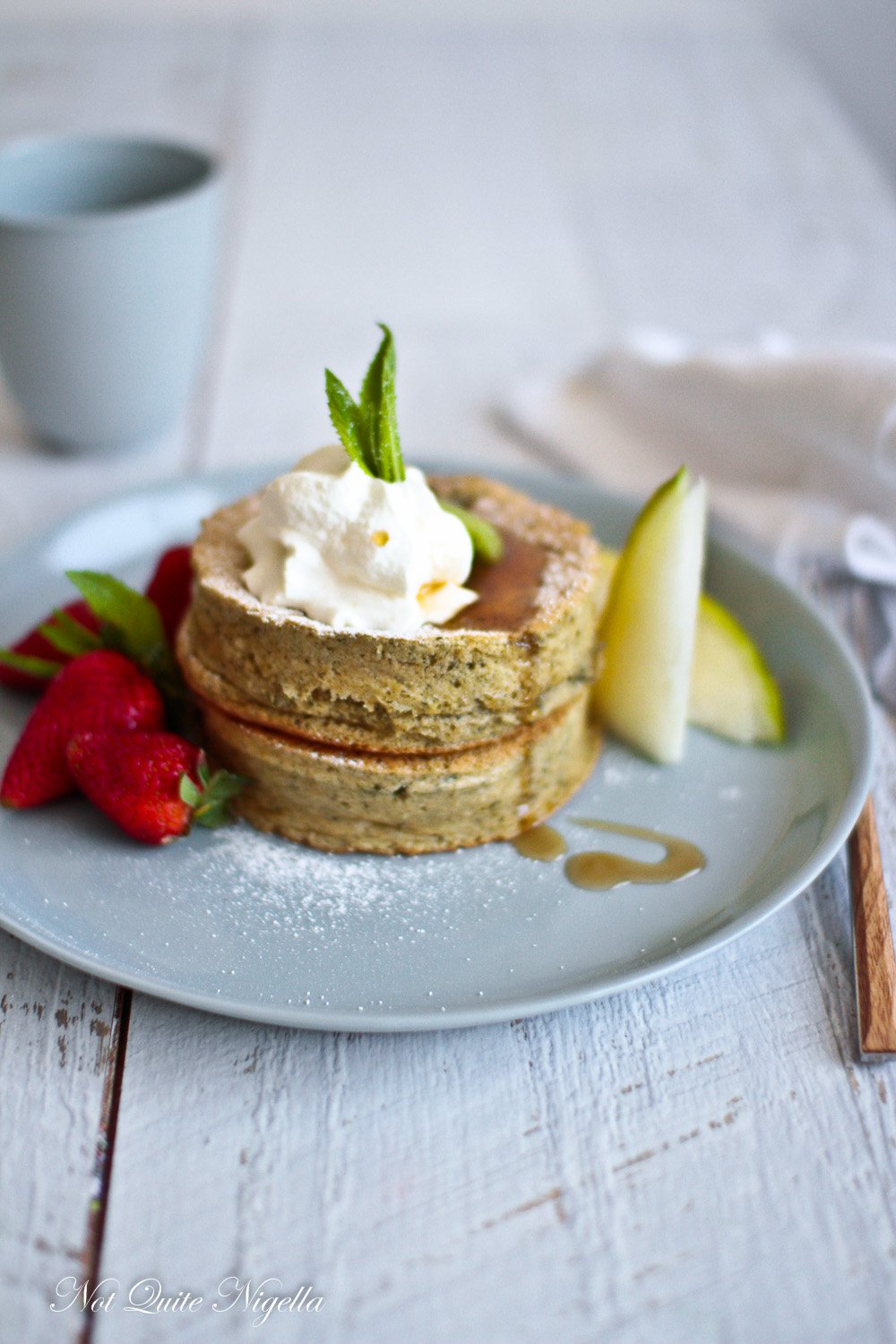 And while it made for a fun Instagram video (set to Kanye's Bound 2) I can't say that I really adored the pancake itself. It was thick but it needed something more than the tiny puck of butter and small jug of maple syrup provided. It was also a little dry too. Don't get me wrong, I'm glad that I tried it (and errm made Mr NQN walk really far to find it) but would I get it again? Probably not.

But these souffle pancakes are a different matter. These aren't as dry. They're not as perfectly smooth as the other ones but they're wonderfully light and not dense. They soak up maple syrup and whipped cream like a dream and pair really well with fresh fruit. For those that are looking for protein in their diet five eggs makes three pancakes with just a tiny bit of flour. And they're a lot cheaper than an airline ticket and a lot easier on the feet than chasing food around a busy city!

So tell me Dear Reader, do you go around chasing food memories or am I alone (with my semi willing accomplice Mr NQN)? Do you prefer thick pancakes or thin crepes? 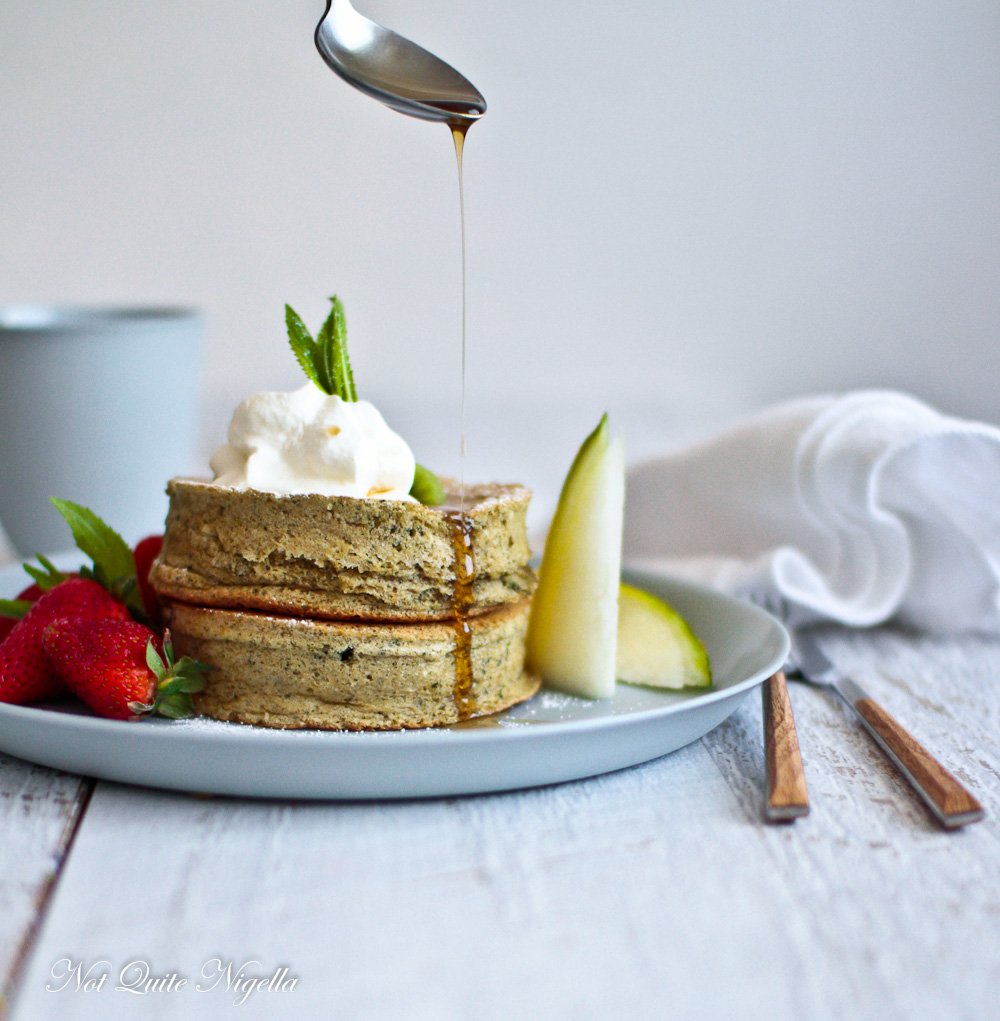 Step 1 - Whisk the egg yolks and sugar together in a large mixing bowl. Add in the flour, matcha powder, baking powder and salt and whisk in. 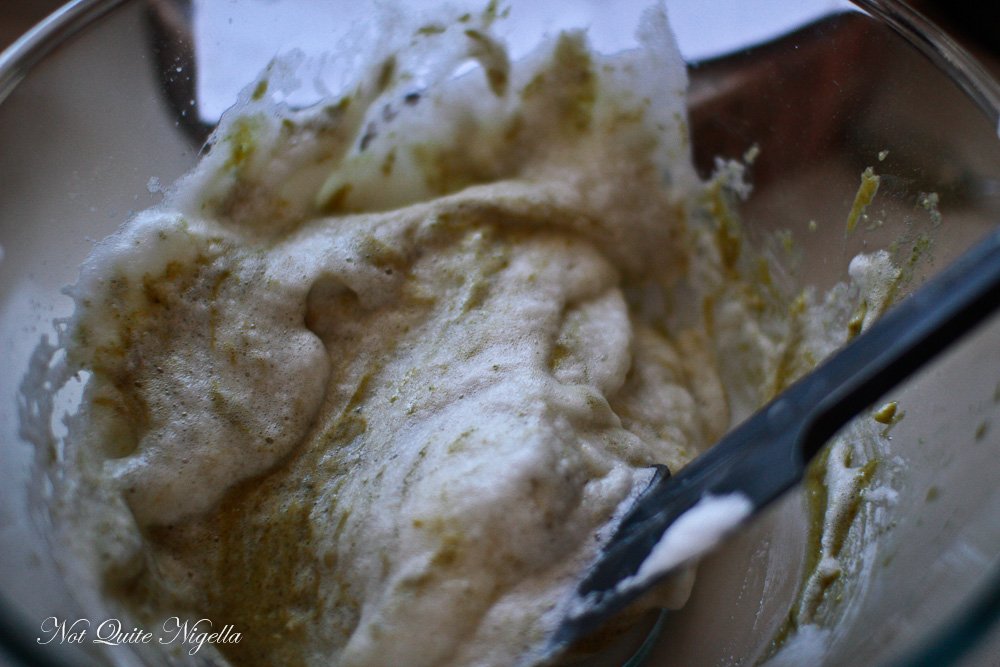 Step 2 - Whip the egg whites and cream of tartar in a mixer bowl (make sure that the bowl and beaters are completely clean) until thick and fluffy and spoon in a couple of tablespoons into the egg yolk mix making sure to fold it in to keep as much air as possible. Fold in the remainder in two lots. 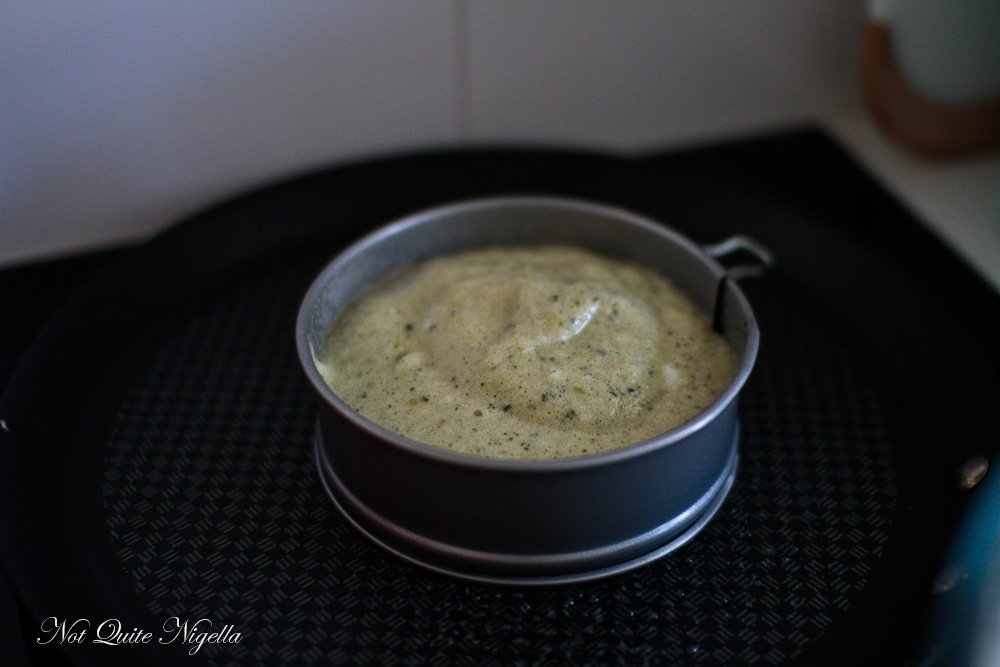 Step 3 - Heat a non stick frypan on low medium heat (I heat it first on heat 4 and then knocked it down to 2). Spray the pan with oil and then spray a 10cm ring with oil on the inside. Lay the ring on the pan and pour the batter in. It takes about 2 ladles full and will rise slightly so don't fill all the way. 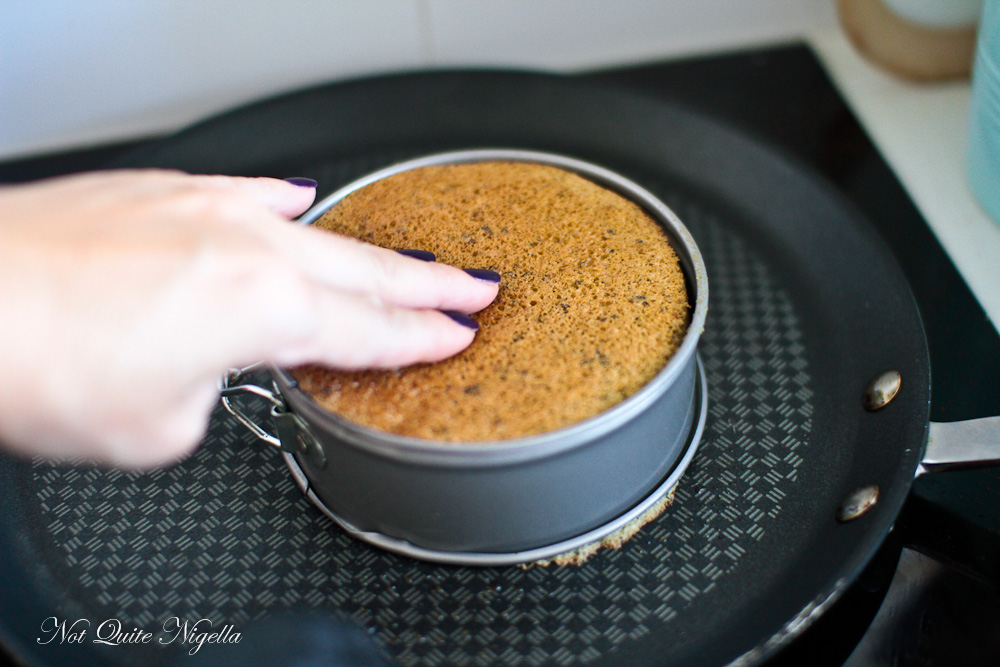 Step 4 - Place the lid on and then cook until the base is brown-the first pancake took about 5 minutes on the first side, the subsequent ones less time. Carefully turn over (this is the toughest bit but not impossible) and cook on the other side until it is done, it should be another few minutes. Test by touching the centre. It should feel springy and not soft or liquid inside. Serve with maple syrup, fruit and whipped cream.