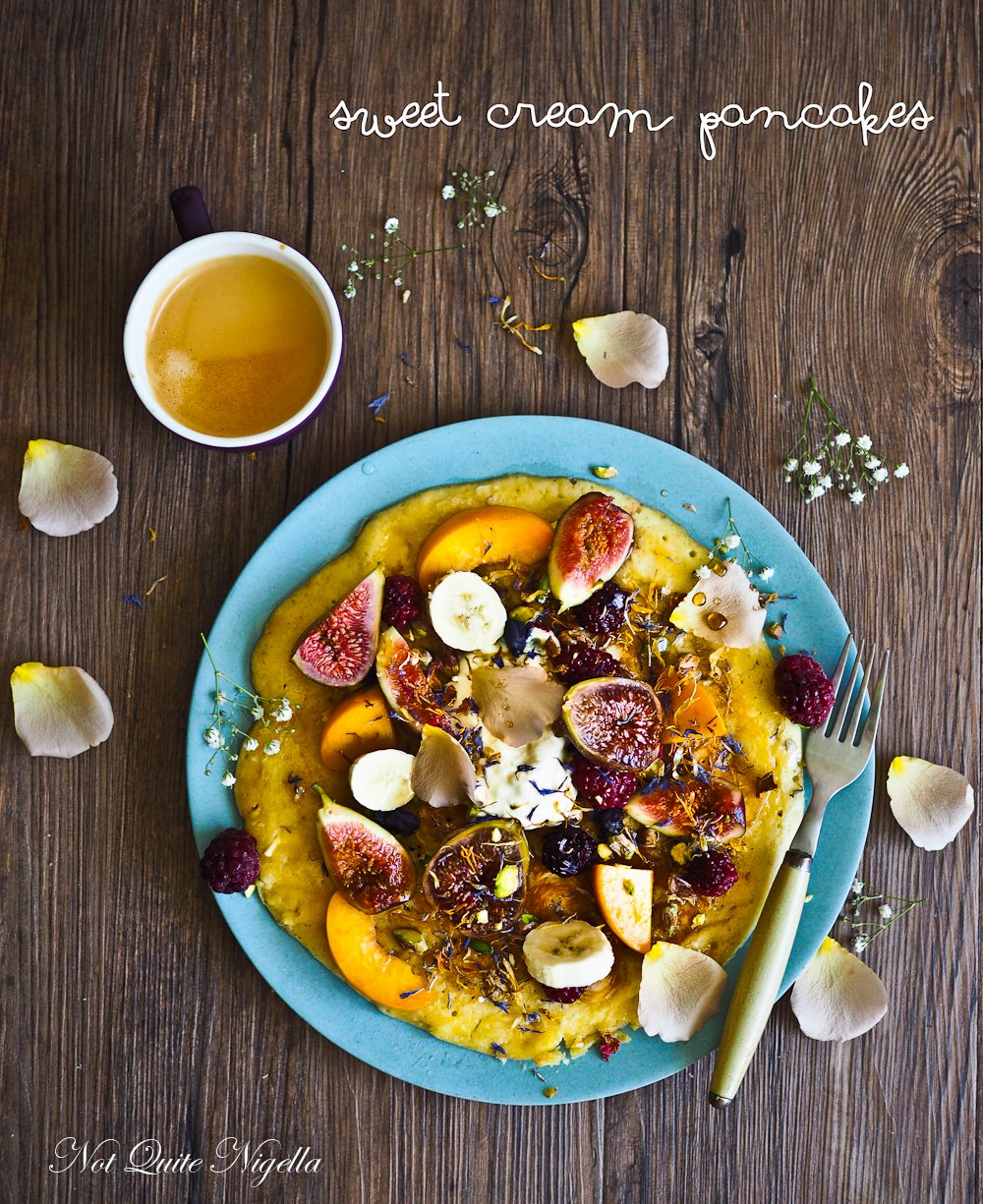 A month or so ago I had the pleasure of eating pancakes all over Sydney for a blog post. There is always one standout in a list and for me it was at a Bondi cafe called Harry's. Sure the service runs the gamut from cold to personable and the queues are extraordinarily long on weekends. But the pancakes were fluffy and light. Not only that but they were also incredibly pretty, scattered with edible flowers and fruit.

I wanted to make a version of these ricotta pancakes at home. And then I saw Rocky Mountain Woman's post on sweet cream pancakes. They looked delightfully fluffy and light and I decided to adapt her recipe and add ricotta to it (a nod to Bill Granger's famous ricotta hot cakes). And I was inspired to decorate them like they did at Harry's with plenty of fruit, edible flowers and nuts. I was channelling my inner Bondi babe (I'm way too goth for that though).

Bondi is a funny suburb. Although I love hanging out there, it attracts a certain kind of resident. That person is good looking, quite sociable and tends to like healthy food. My trainer Nina is a typical Bondi person and she only travels a certain radius of about 10 kilometres around Bondi. Surry Hills is about as far as she will go. Newtown is beyond her patience so she tends to eat at one of Bondi Beach's many restaurants. But even she knows when she has reached peak Bondi. 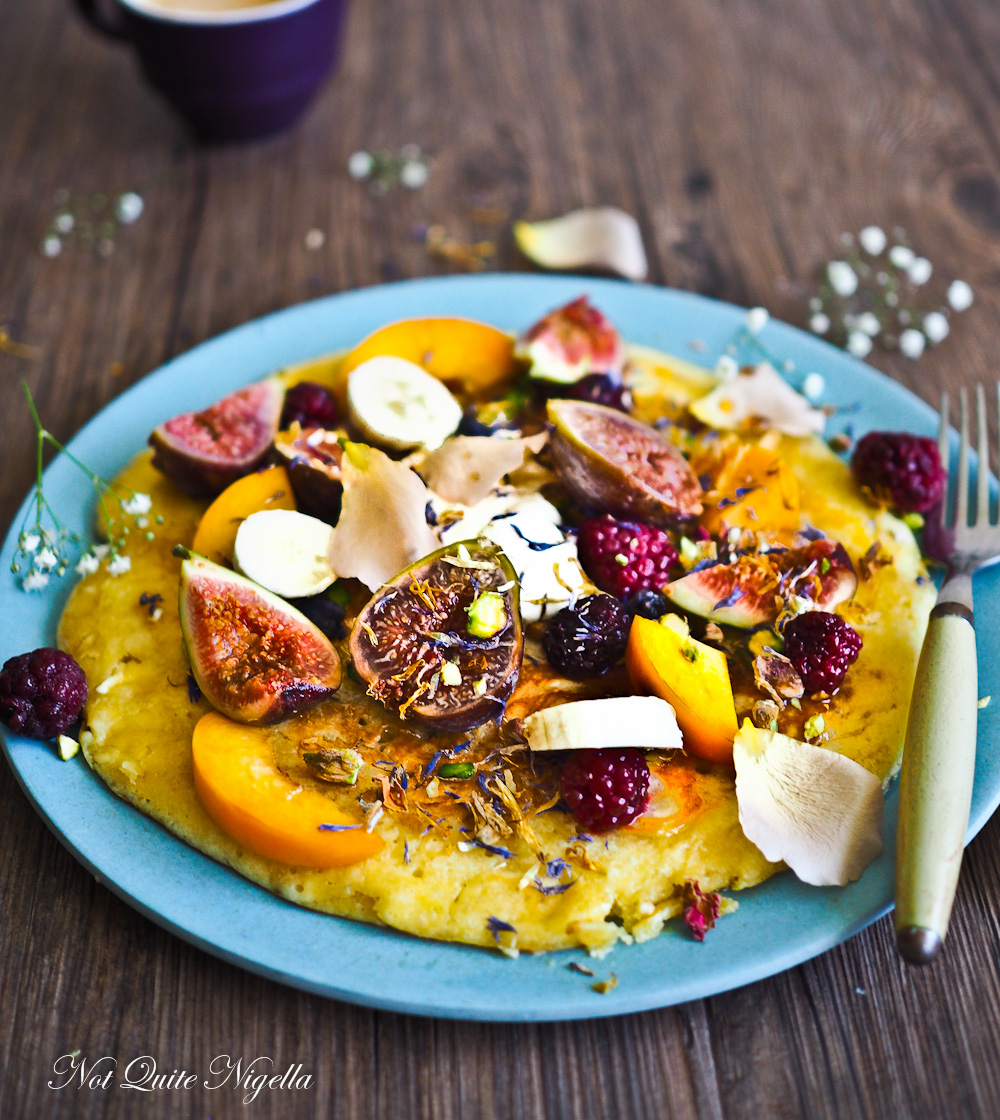 She described a recent raw and vegan meal in Bondi where the owner who happened to be the waiter handed over two menus to her and her fiancee Garth and then said, "I'll be back to explain how things work!". A few minutes later he returned and pointed at the front sheet. "There are the starters, then the mains and smoothies (there are always smoothies in Bondi) are on the other side!" he said brightly before leaving them. He really hadn't explained much to them apart from that it was a menu and I'm pretty sure people know how menus work but what amused Nina was his wide eyed, earnest look as he was telling them all of these things. "He was like those crazy evangelist people!" Nina explained. Smoothie evangelist? That's so Bondi :)

So tell me Dear Reader, are you a Bondi person? Which suburb do you live in? Do you have a radius within which you will travel for food?

Step 1 - Mix the flour, baking powder and sugar in a bowl. In a jug measure the milk, cream and vanilla and then beat in the egg yolks. Make a well in the flour and mix in the wet ingredients. 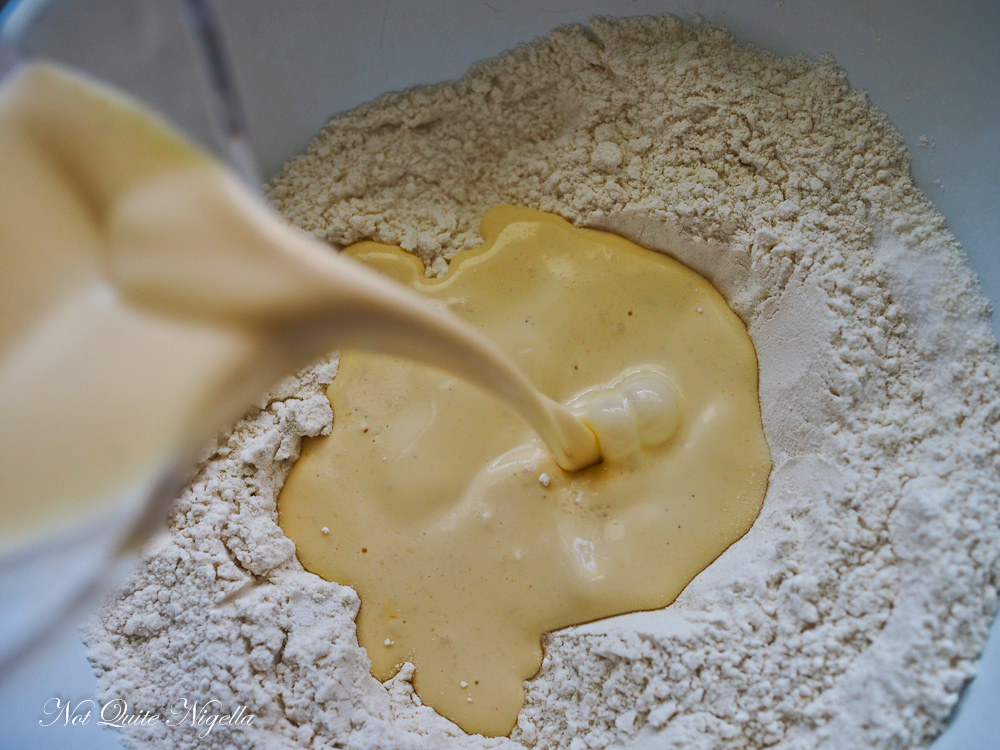 Step 2 - In a clean bowl, whisk the egg whites until you get soft peaks. Fold these into the mixture alternating with the ricotta in two or three batches folding so as not to deflate the mixture. 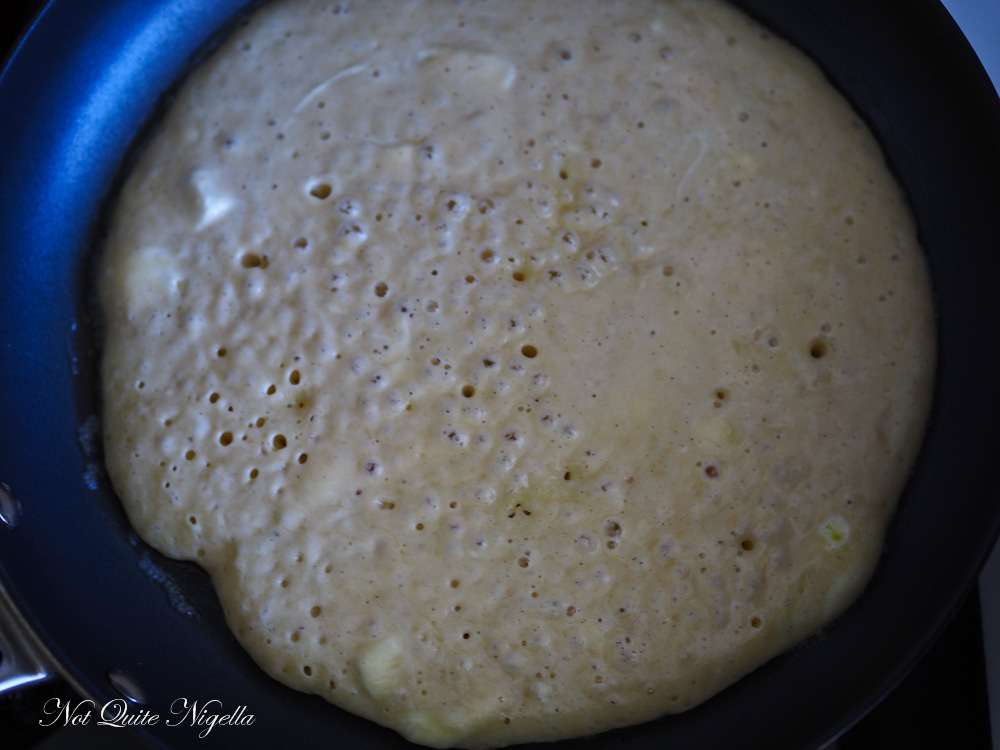 Step 3 - Heat a skillet or frypan and add butter or oil for frying. You can make smaller pancakes or one larger one although this will be trickier to flip (but not impossible at all). When bubbles appear on top carefully flip it over and repeat with the rest of the batter. Top with maple syrup, a tablespoon of yogurt, nuts and edible flowers.