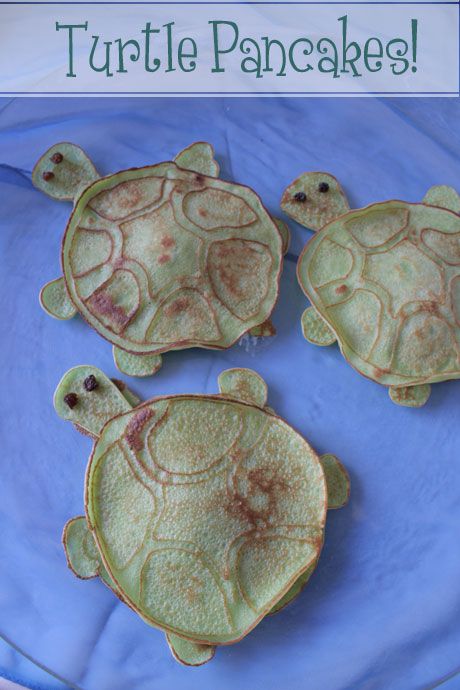 Recently, and I realise that I'm a bit late posting this as the event occured a couple of weeks back, we had a big change in Australia. We had our first first female Prime Minister (and about time really, NZ had one ages ago).  As this isn't a political blog I won't get into things here but I do recall hearing someone say "It's the kind of event where you want to remember where you were and what you were doing". I can proudly say:

"I was making turtle pancakes". 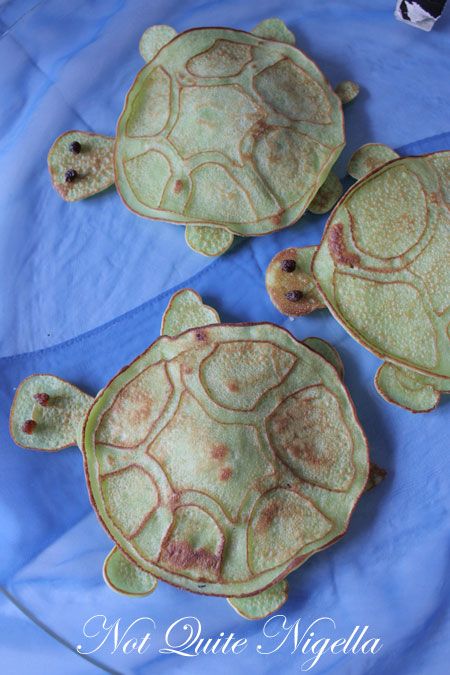 I did actually want to watch the live feeds and speeches but once I had started these turtle pancakes there was no stopping me. I usually have little stomach for politics (I find them all a bit dodgy to be honest and it seems there's very little loyalty among them). But once you start these pancakes, making them is such fun and seeing how they turn out is fun too so you quickly leave the dirty business of politics behind. 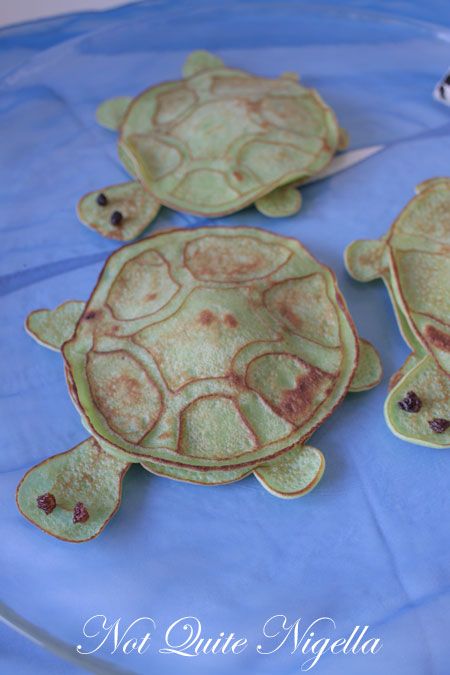 I originally saw these on Jen's lovely blog Truffled Pink a blog (please forgive me blog owner I forgot to write down where!) and she pointed me to the Jim's pancakes site where dad Jim makes all sorts of amazing things with pancakes. All it seems you need is imagination and one of those sauce squeezy tubes and voila you are making your own turtles. Or ferris wheel, bi plane, Hello Kittyface or bling bling necklace out of pancake. The guy obviously has a lot of imagination and the luckiest daughter ever. 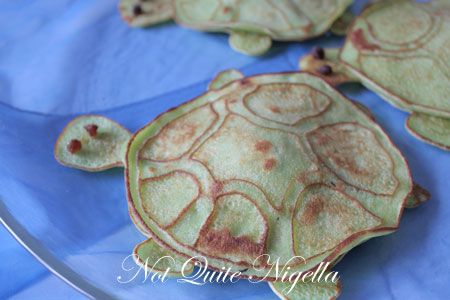 These turtle pancakes are very easy. I wanted to kill two birds with one stone and I wanted to use a tin of sweetened condensed milk I had in the fridge and I also wanted to make pancakes that wouldn't require syrup as they were going in Mr NQN's lunchbox. He told me that when he first saw what was in his lunch box he thought "excellent!" but then realised that people may laugh at his rather strange and child friendly lunch. Luckily his workmates were non-judgemental and I live for another day where I can pop animal shaped food into my husband's lunchbox.

So tell me Dear Reader, what were you doing when our first female PM was announced?

Buyer's tip: empty sauce dispensers can be found at cookware stores (or even variety stores) 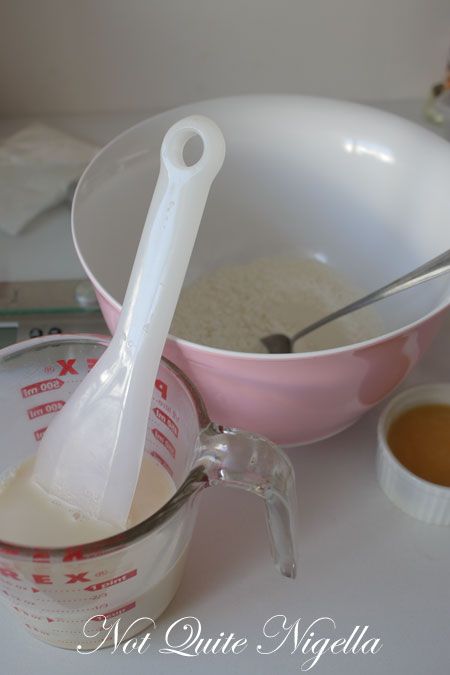 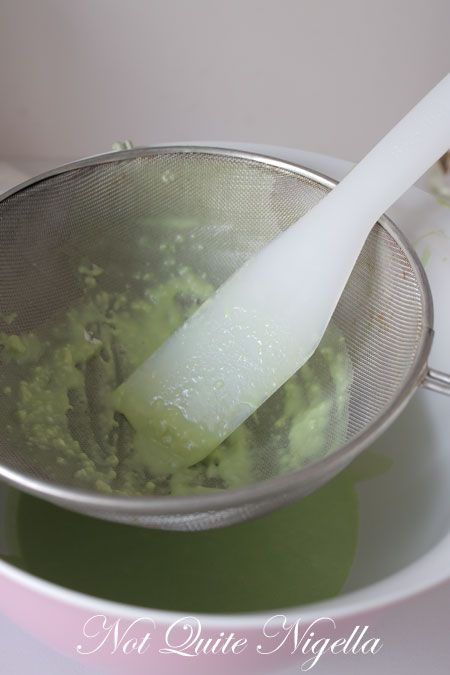 Step 1 - In a large bowl, mix flour, salt and baking powder. In a jug, mix the sweetened condensed milk with the water. Beat in eggs, pandan essence or green food colouring and melted butter. Gradually add into flour mixture whisking to avoid any lumps. Pass through a sieve to remove lumps. 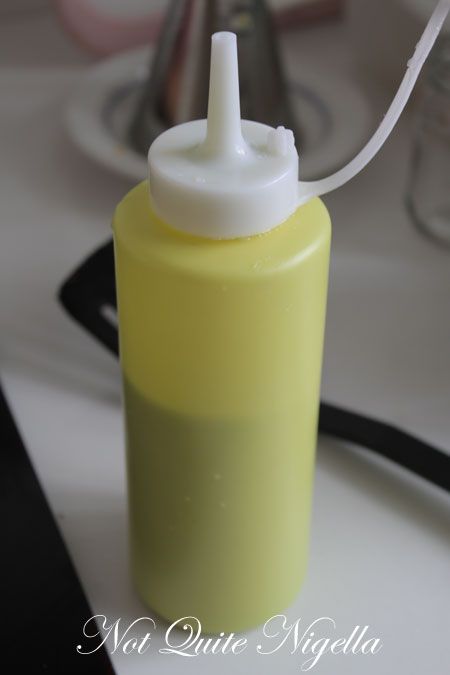 Your weapon: a squeezy tube bottle 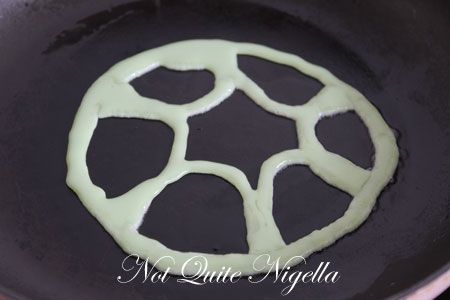 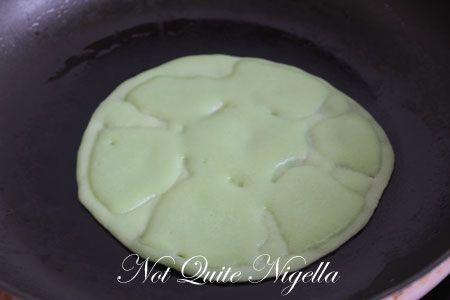 Step 2 - Pour into a squeezy sauce tube (what is the technical name for this?). Heat a large saucepan (you want it large to fit the turtle (or of course you could small small turtles!). Heat a little oil and not too hot (I used setting 4 out of 10). Start with a circle and then draw the pattern above. You want the outline to cook more than the rest. Cook for 30 seconds and then fill in the circles (I found it easier to remove the lid so that it poured out easier). 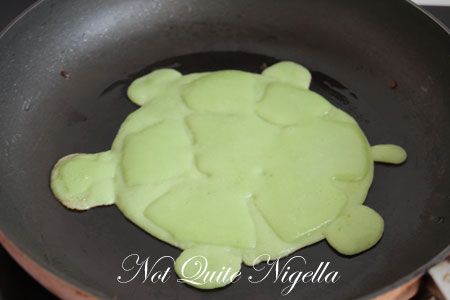 You can also add the head, arms and tail together and do one whole turtle. 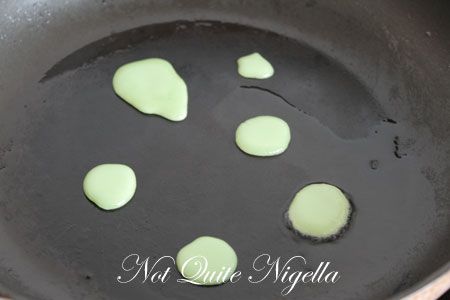 Step 3 - Pipe out a head and arms and a tail. Also make some circles to create the "hump". 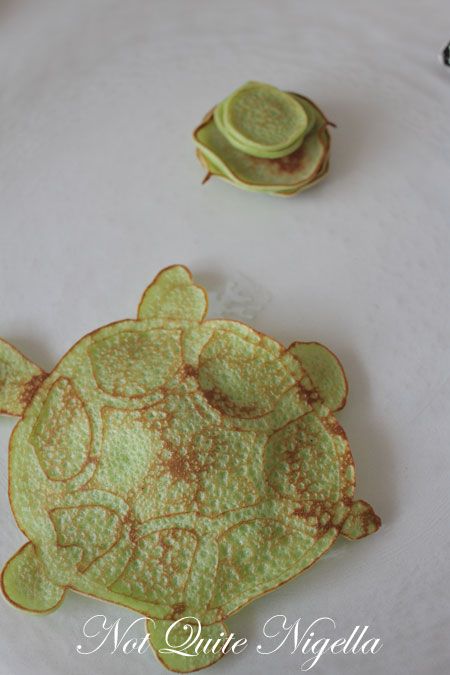 Step 4 - Assemble the turtle by placing 4 or so little pancakes in the centre of the plate. Place shell over it and place arms underneath it. Add currants or choc chips for eyes and voila!