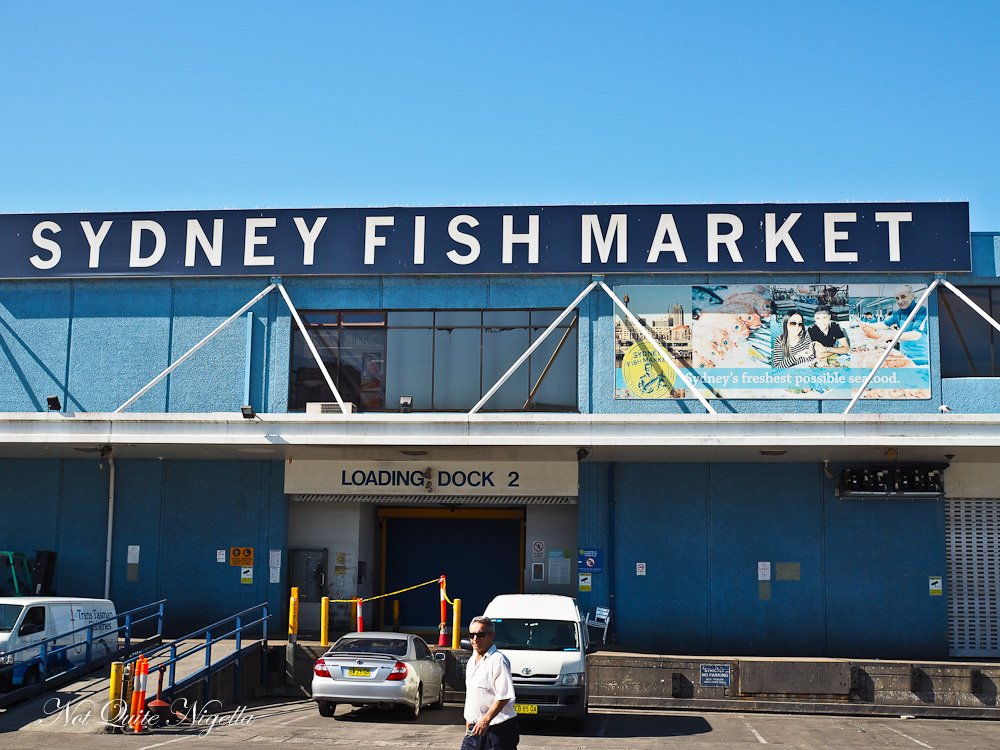 There's a bit of a reaction that people give when you mention sushi donuts. First confusion and then a look of distaste. It's the sort of concept that you have to explain quickly. It isn't a sweet donut topped with sushi. Rather, it's sushi but in a donut shape. Nothing is sweet or deep fried so the donut reference is purely about the appearance. But how does it taste and where can you buy them? 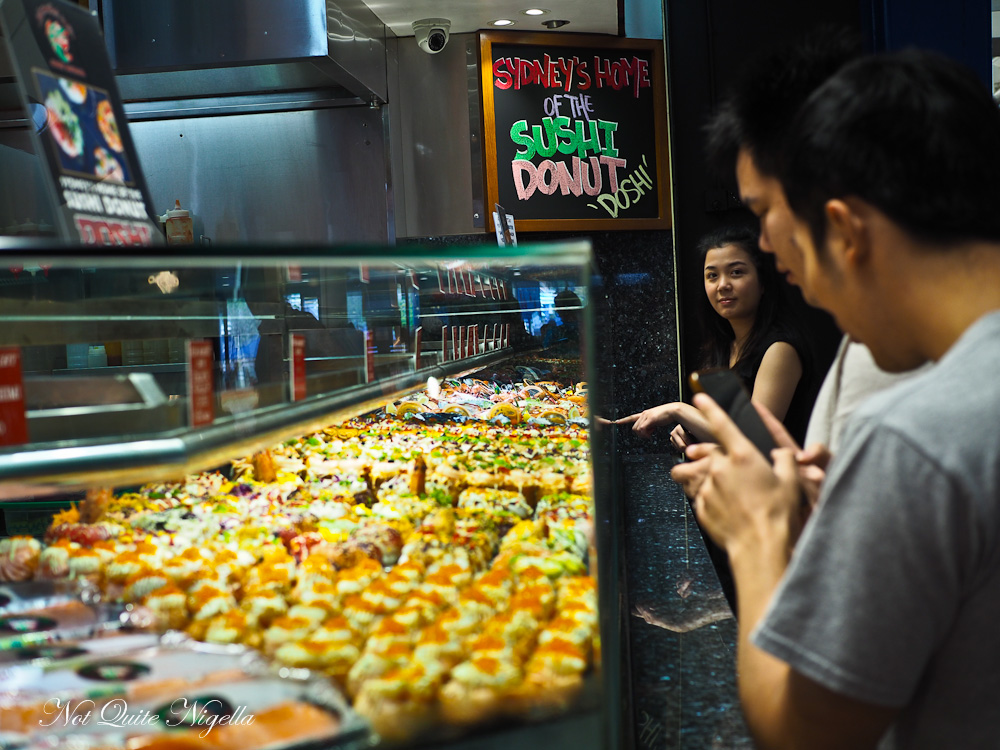 It's a glorious Autumn weekend day in Sydney when we head to the Sydney Fish Markets. The kind that reminds you why you live in the harbour city (especially after weeks of relentless rain). It's 10:30am on Sunday and our destination is the Fish Market Cafe in the main building of the fish markets. 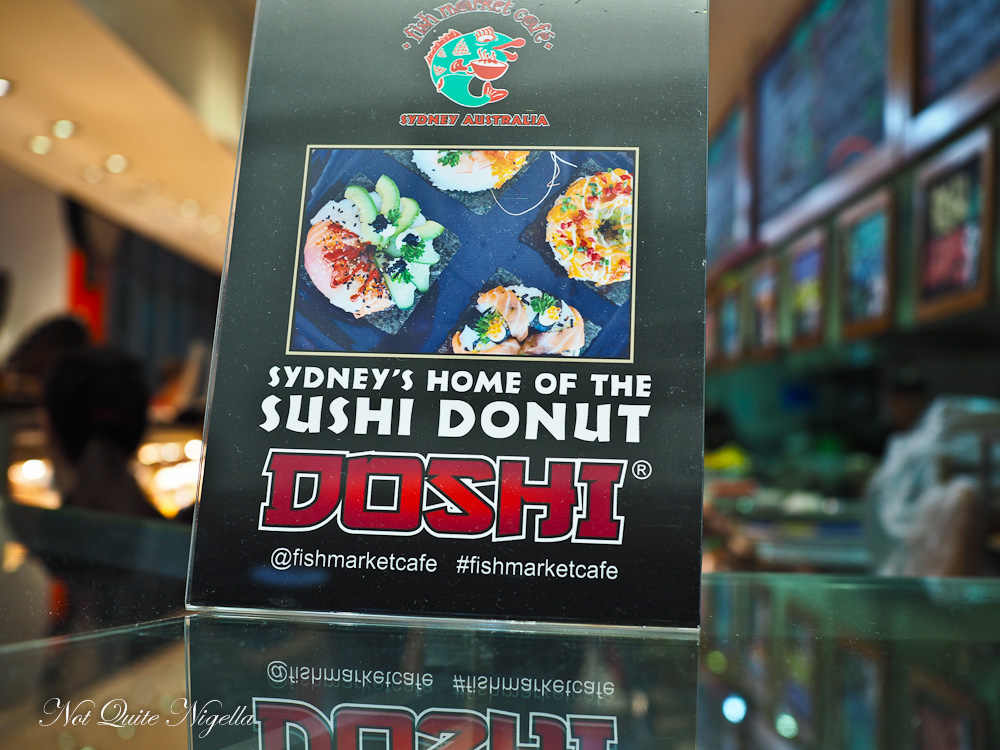 The crowds and people taking photos around the sushi donuts give it all away. Admittedly the sushi donuts do look beautiful and colourful. You can buy one for $8 (they're the size of a bagel) or two for $15. And there are about 7-8 different types or even more. My eyes sort of glazed over as they looked at the range and I chose my selection purely on looks. 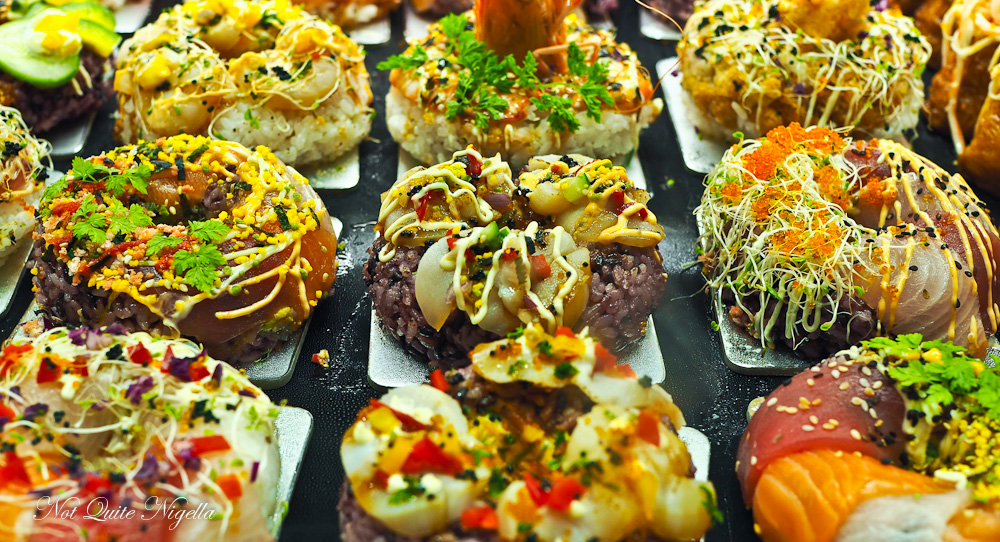 The lady behind the counter is ridiculously patient and nice. Even when I want a particular one at the front because they're all a bit different and some are prettier than others and at $7.50 a pop, I want a pretty one. 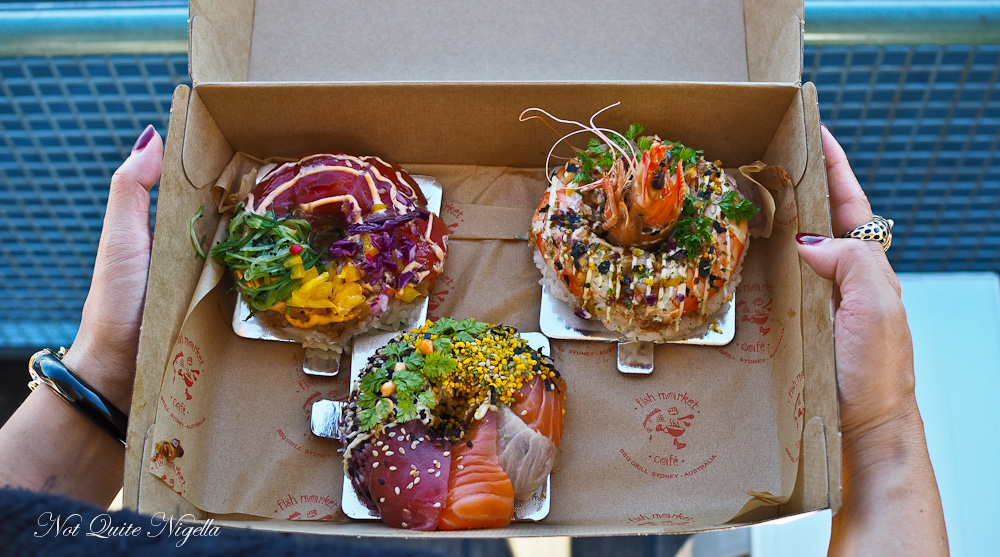 6 sushi donuts and $45 later we carry them out to eat them by the water. First things first is taking a photo of them. And then the second thing is how to eat them? They are pretty but they are really hard to eat. Chopsticks are impossible but a knife and fork fares better. You can't even pick them up because they will crumble. 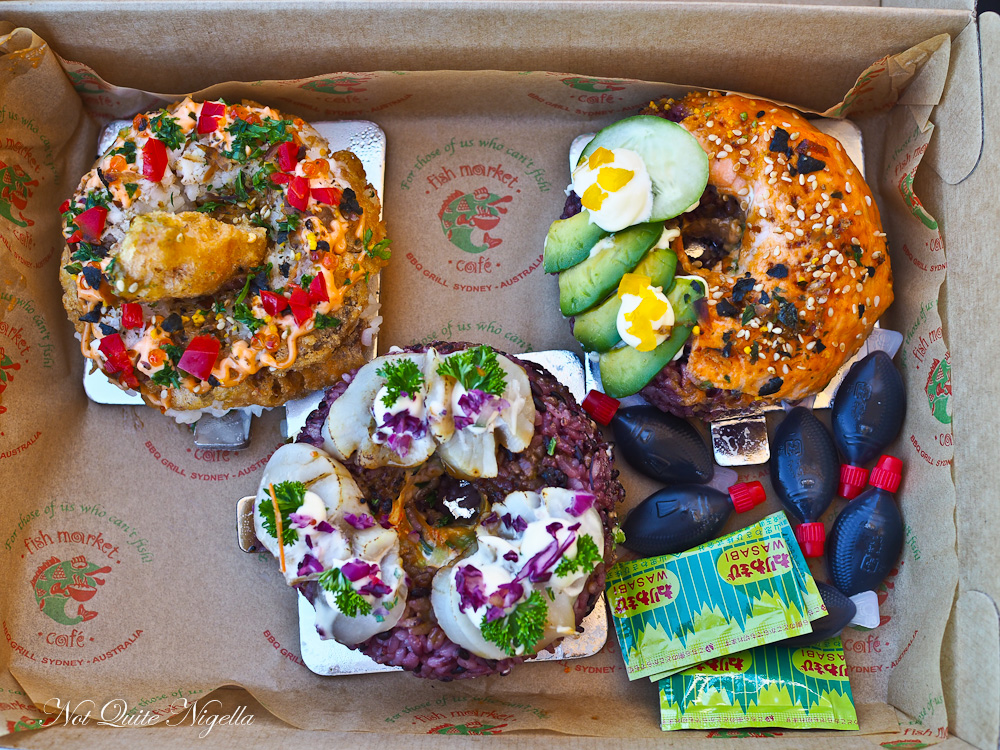 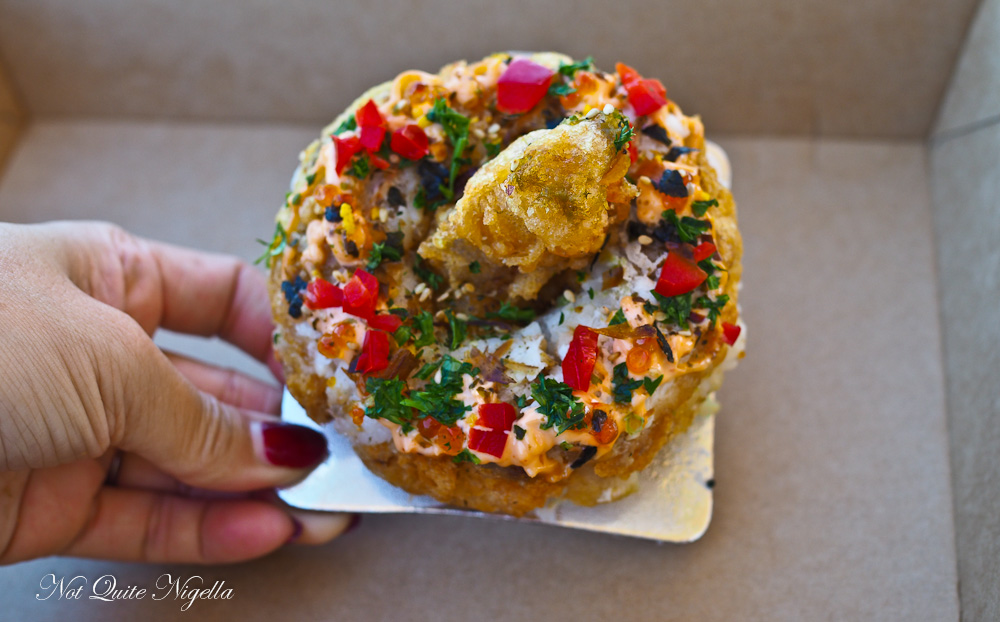 Then I try the sashimi one with glistening tuna as well as the one with sashimi tuna, kingfish and salmon with lots of seeds, mayonnaise and avocado. Not bad indeed. 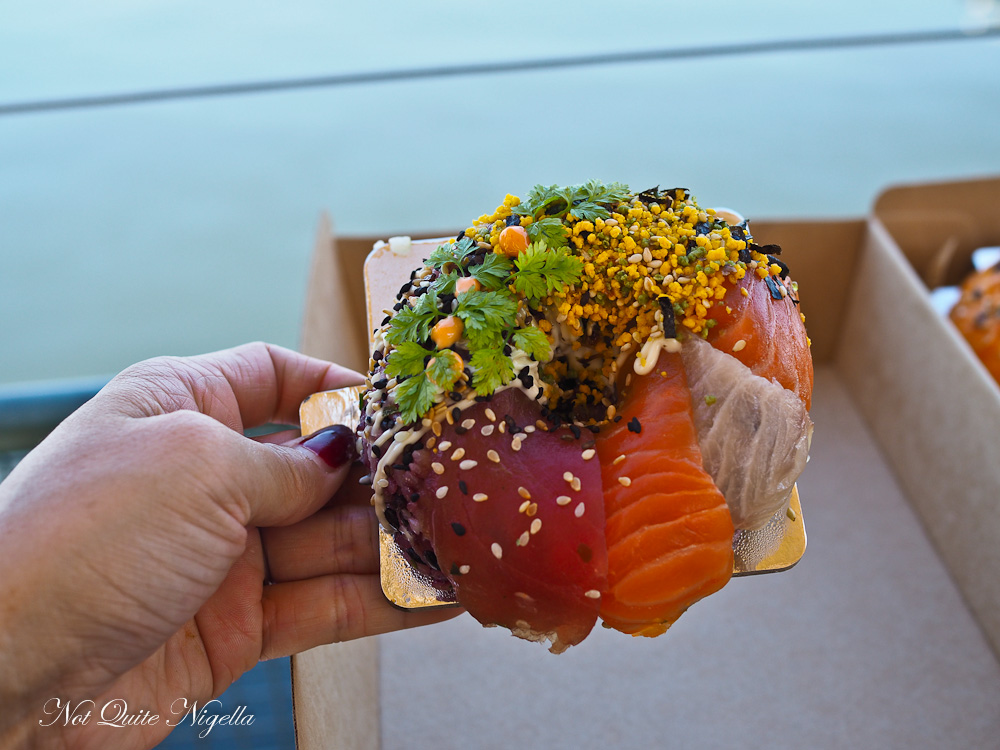 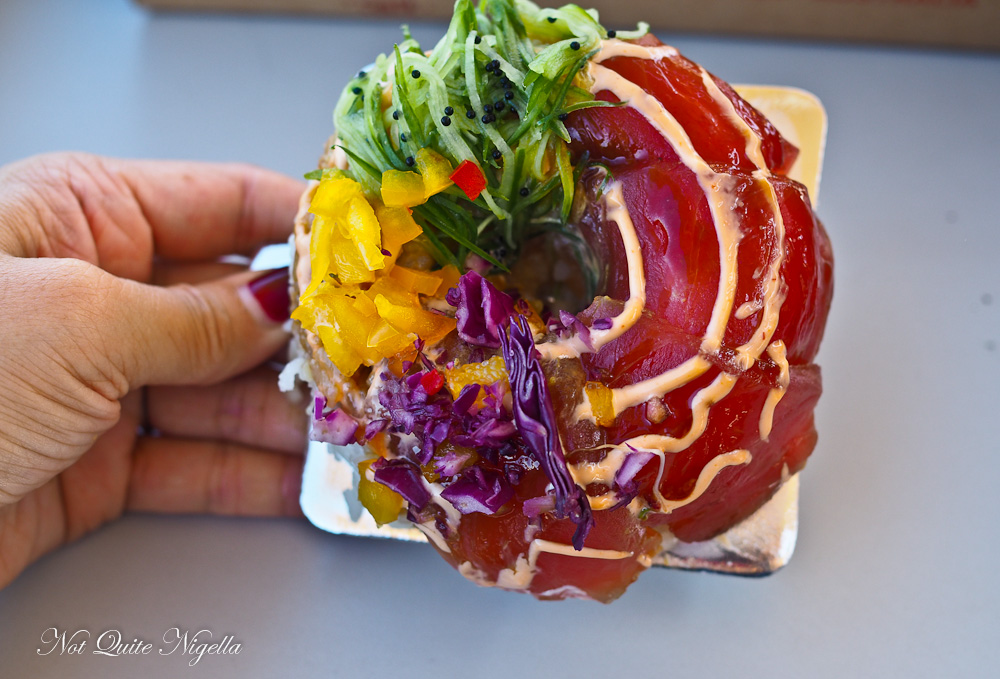 The prawn one looks spectacular especially with the head in the centre but it can be hard to eat and is one of the drier ones. Same goes with the cooked salmon. I prefer the raw fish ones. A bit more sauce would have been good too. 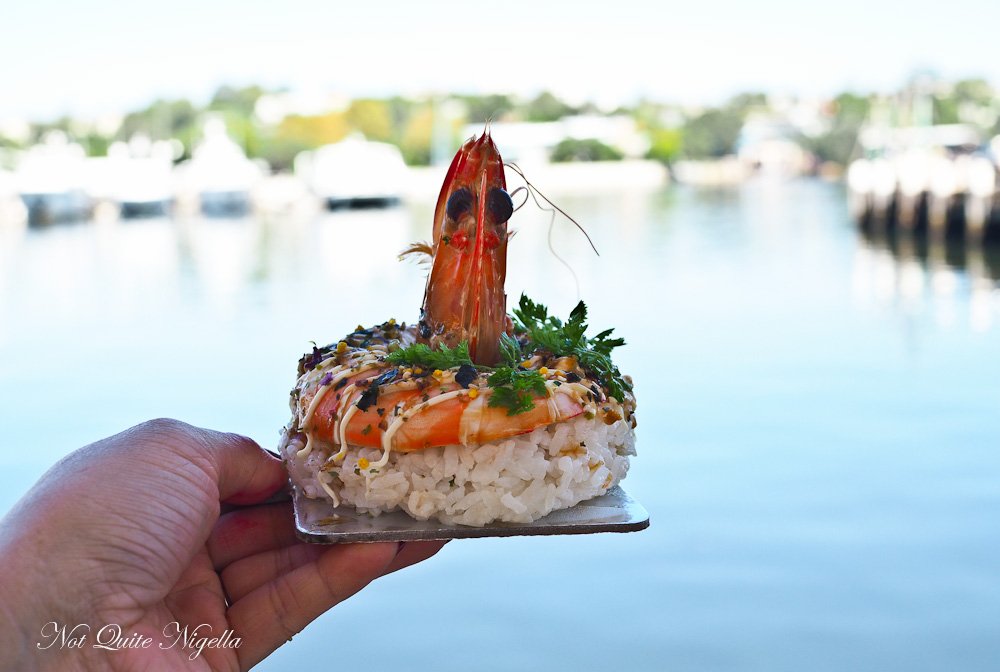 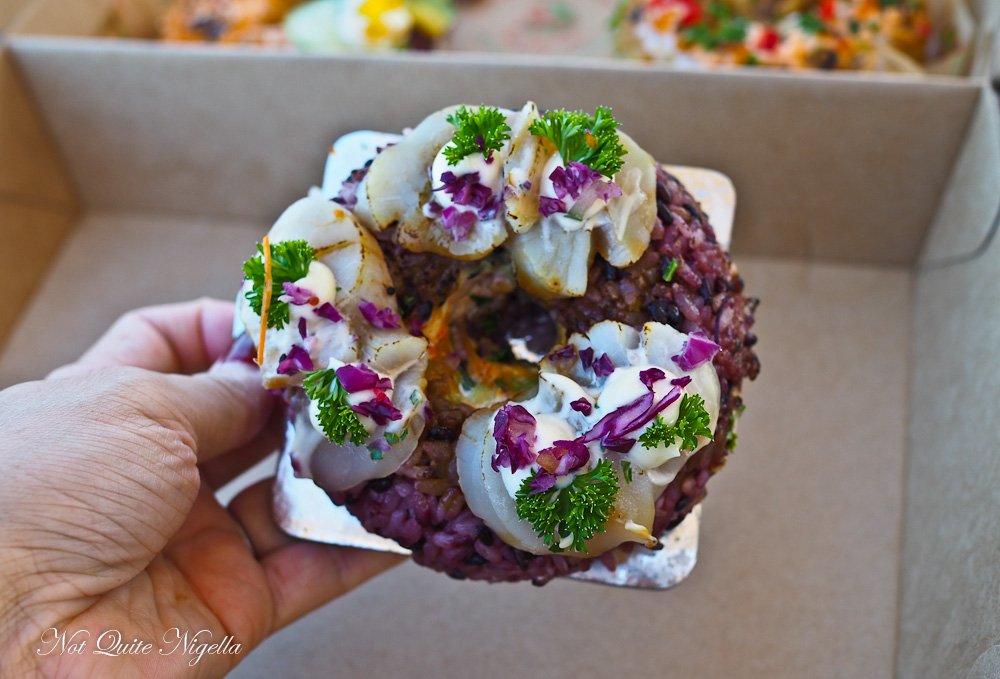 My favourite by far is the sashimi scallop one with red rice which has a hidden middle layer of sashimi salmon and avocado. It's that hidden layer that makes them so hard to pick up but it also makes them better to eat because it isn't all rice that way. And Mr NQN? He's a big fan of them. I don't think he even noticed that they were gimmicky as he just loves sushi in any form...

So tell me Dear Reader, what do you think of this idea? Which one would you choose? And are you ever that person that asks for a particular piece of cake or food in a display? 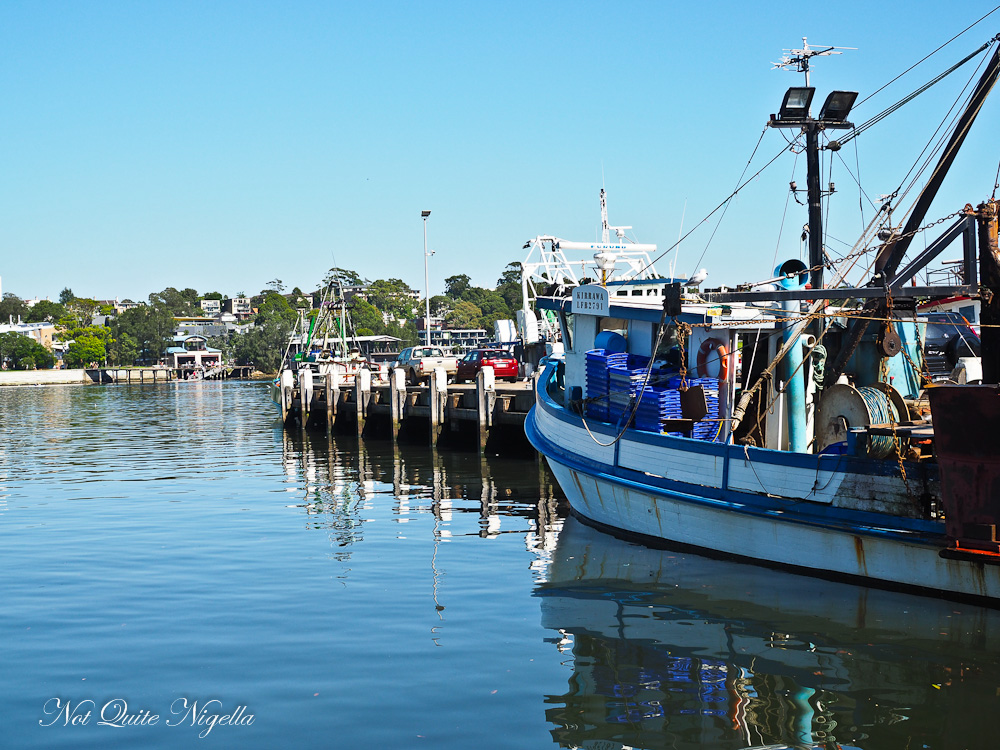