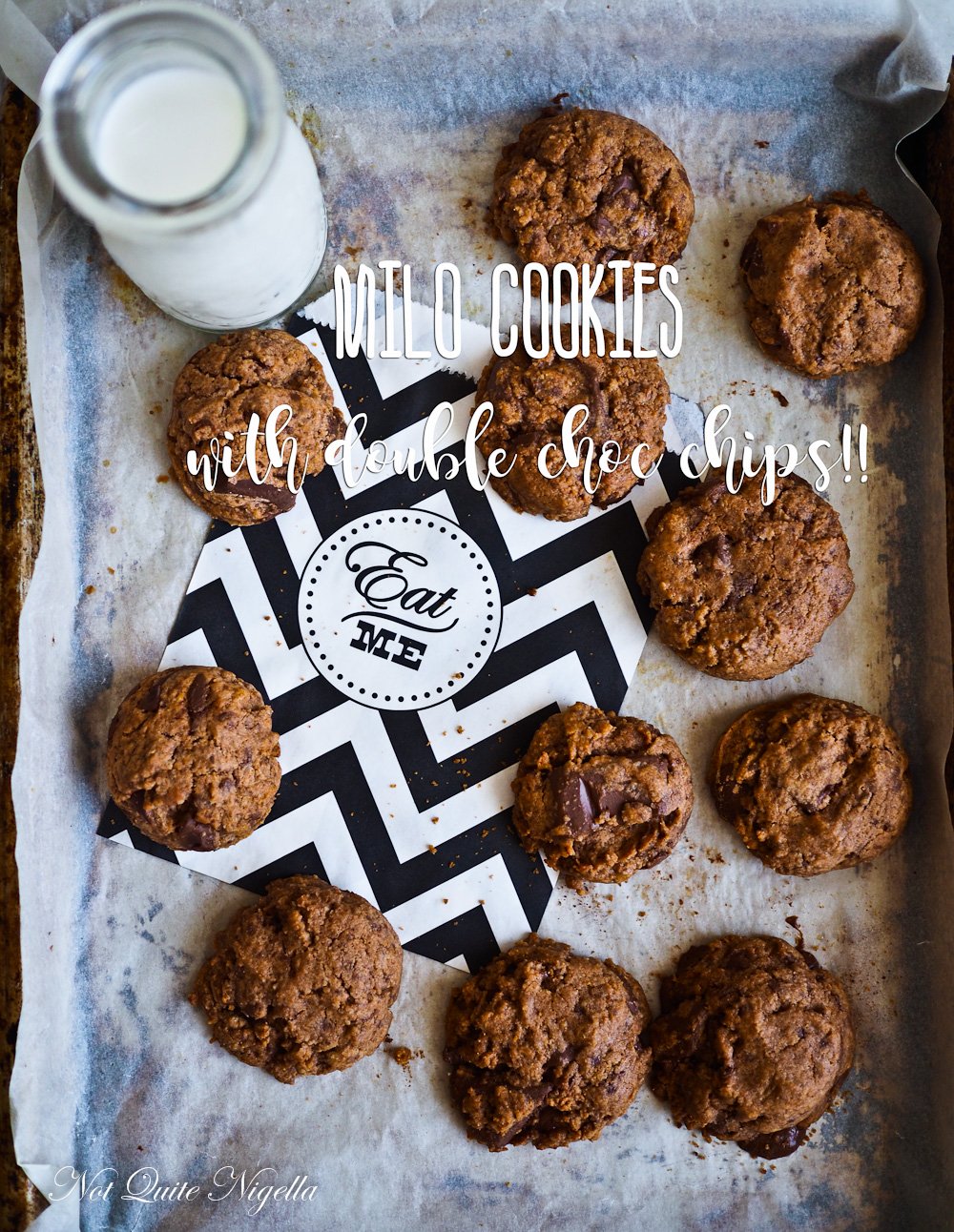 If you love the rich malty chocolatey flavour of Milo then you'll love these cookies. They've also got double the amount of thick chocolate chunks (a moreish blend of dark and milk chocolate). And a little warning: it's hard to stop at just one!

What's your favourite chocolate type Dear Reader? Is it milk or dark chocolate? For me I love both but my favourite is actually a combination of both. I've seen this done in some countries like Scotland where artisanal chocolatiers mix the two. It's the perfect balance of sweet, milky and rich.

So having given you the pitch I'm going to just mention the chocolate chunks in these cookies. I sometimes find little chips just don't satisfy but if I get a cookie and there are thick, fat chunks, that is my idea of heaven in a chocolate chip cookie. And then I regarded my canister of Milo in the pantry and thought I'd combine the two to make a super chunky Milo cookie. Just because chunky chocolate chip cookies are life.

Dear Reader, I want to share something serious that happened to me while I was overseas in Peru. I went into anaphylactic shock for the first time in my life. We had just finished an epic 14 course meal at one of the top restaurants in Peru. Towards the end I had started to feel a bit "off" and when we got back into the van to go home breathing became quite difficult. I felt as though I was coming down with the flu or something. 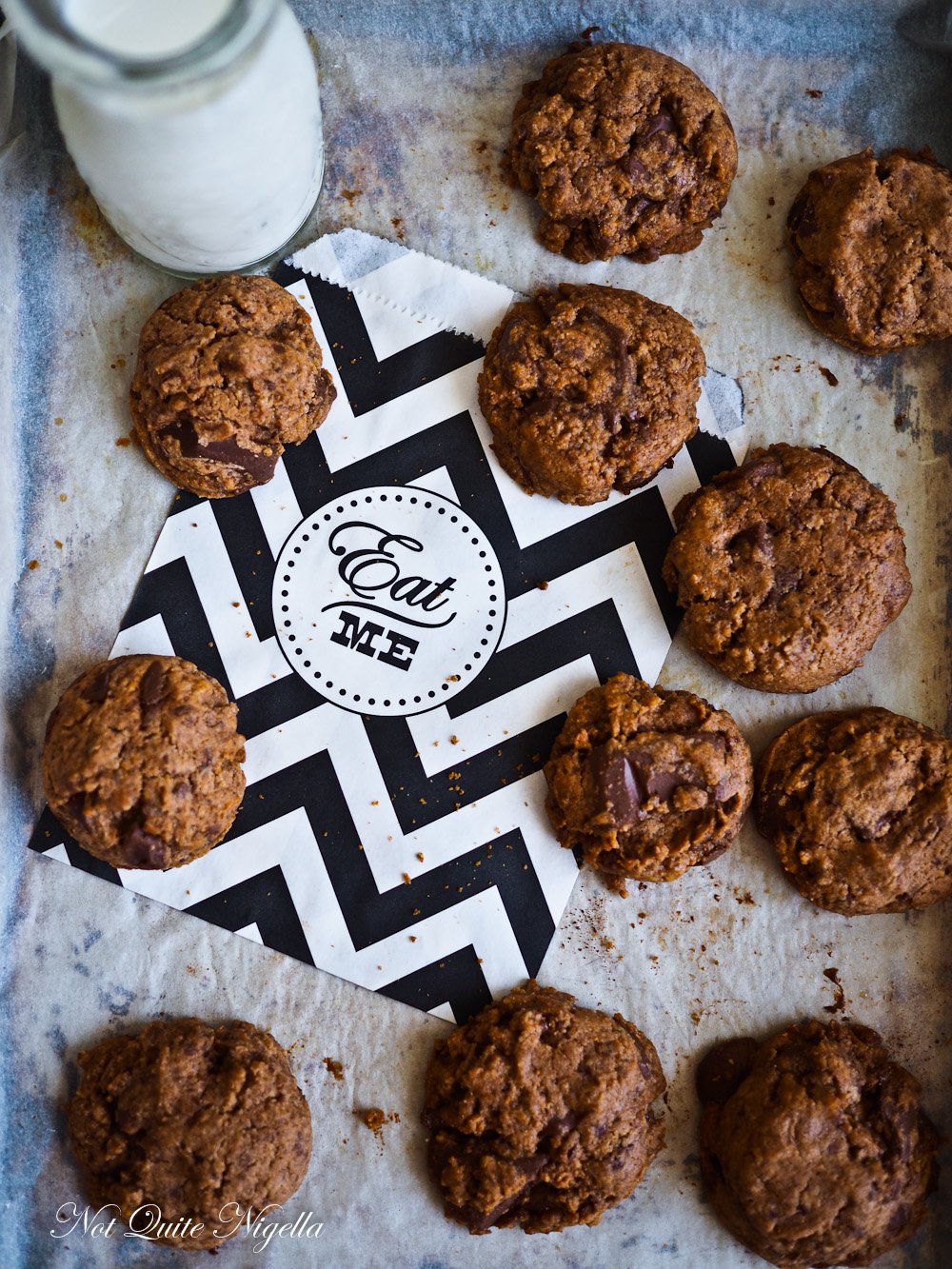 I went up to my room and it gradually got worse. My sinuses were blocked, I kept sneezing, my upper palate itched and my left eye was swollen beyond recognition. I got out my trusty nasal spray only to find it empty. Frustrated, I slowly went through the blurry motions of getting ready for bed and my breathing at this point becoming very laboured. I messaged Mr NQN who was back in Australia that I wasn't feeling well. He suggested that I call the doctor but I didn't want to make a fuss as it was 1am at this stage.

I went to lie down, determined to sleep it off but once I did I could barely breathe. It was as if my throat was closing up quickly with every ragged breath that I took and my lungs felt like they were sponges drenched with water. My inner voice said "Get help NOW!" and I stumbled down the stairs at the Atemporal Hotel hoping that there would be someone to help me. There was and he was very helpful and called the ambulance straight away and a doctor came in less than 10 minutes.

The doctor checked me for a range of things and concluded that I had anaphylactic shock from seafood. He snapped a rubber hose around my arm and looked for a vein. Nothing. He turned over my hand-while my arms aren't veiny my hands are and he injected some adrenalin into them. I felt cold and feverish straight away and everyone appeared glassy to me. By now my business partner Rich was woken up and translated for me. Within a few minutes I could breathe and I could smell through my nose. I'll always marvel at modern medicine especially at times like this and my body told me that it had to sleep.

The next day another doctor came to check on everything and he confirmed the diagnosis. My blood pressure was still low but my vitals were good and I spent the rest of the day in bed sleeping and drinking copious amounts of water. I've never felt as close to death as I did that night, the terror compounded all the more because I was alone in my room in a foreign country. I read everything I could about anaphylaxis and seafood allergies. I'm getting tested as soon as I get home because people react differently and obviously eating food is such a big part of my life. But you'll know about my priorities when I said to myself the next day, "Well at least I'm not allergic to chocolate!"

So tell me Dear Reader, have you ever had a sudden allergic reaction like this to anything? Do you have any tips or hints on how to manage it? What sort of chocolate do you prefer-milk or dark or do you combine the two? 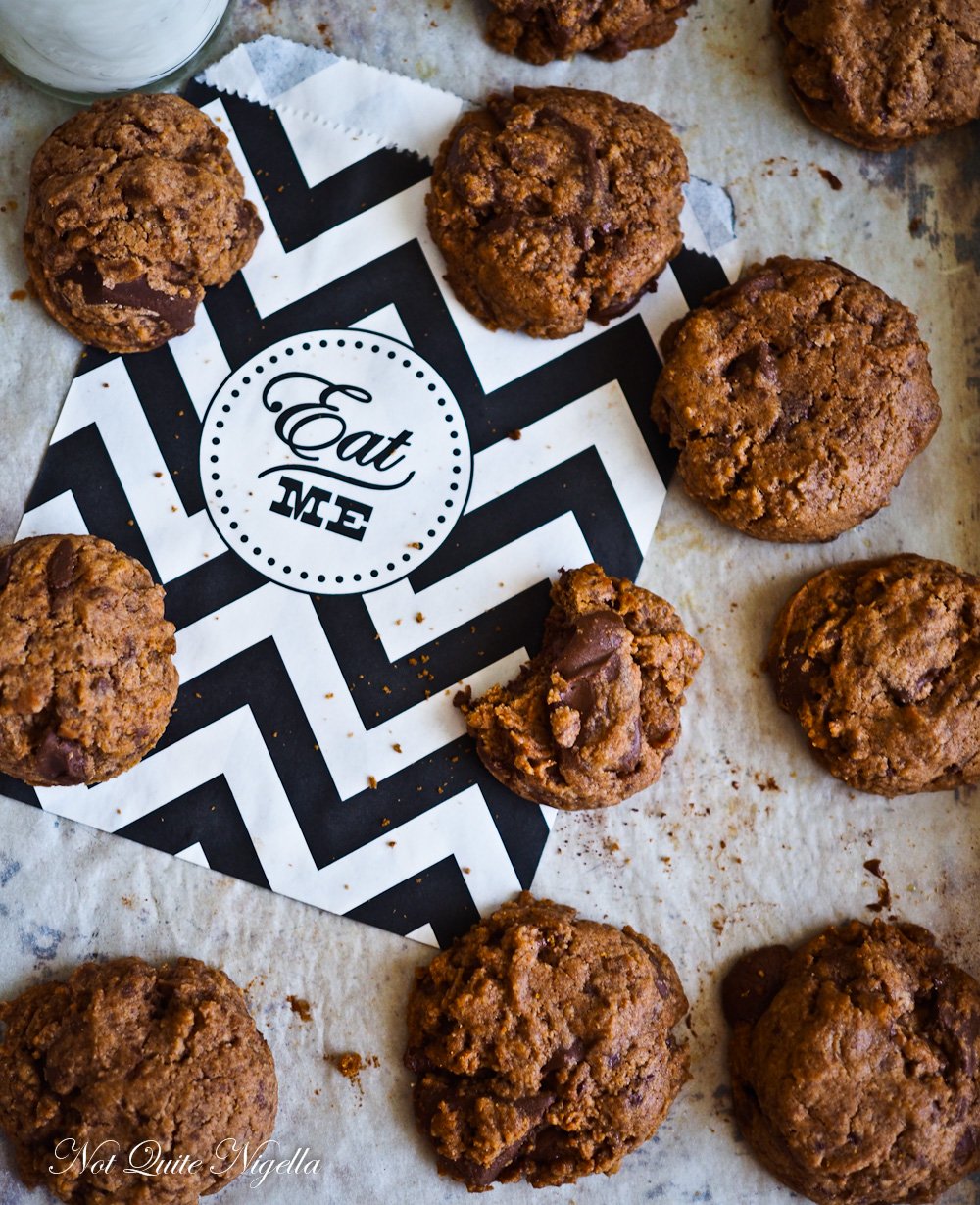 If you don't have Milo, use Ovaltine or just cocoa. It won't be exactly the same but it will still be good. 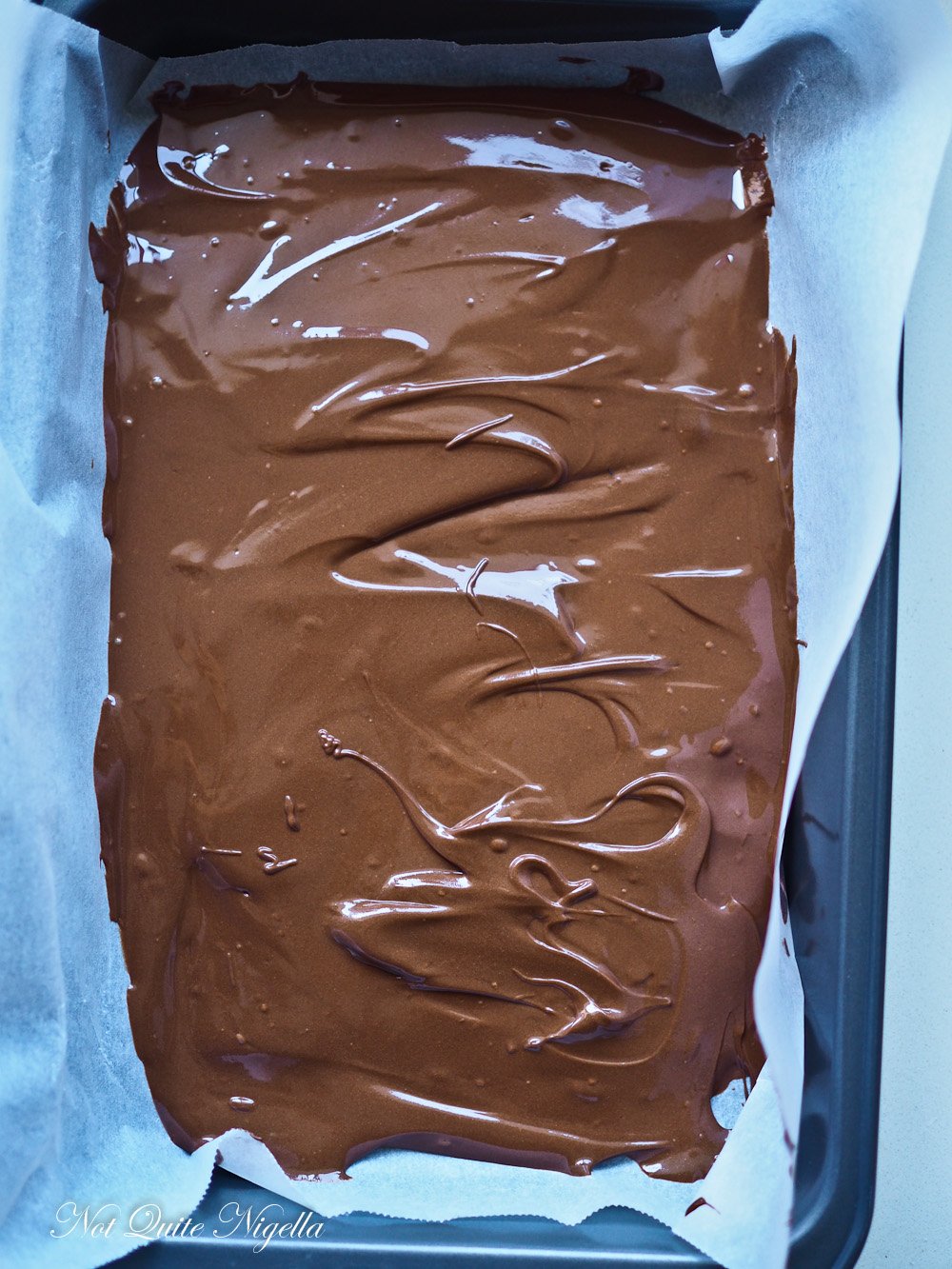 Step 1 - Preheat oven to 160C/320F and line 3 baking sheets with parchment. Melt the dark and milk chocolate together and then spread out on one of the lined baking trays to set. Once hard, chop roughly into biggish chunks.

Step 2 - In a bowl whisk the flour, baking powder, brown sugar, Milo and salt. In a jug whisk the butter, egg, vanilla and make a well in the dry ingredients and mix in with the chocolate chunks. Add the milk if it is a bit too dry.

Step 3 - Scoop balls out using a small ice cream scoop or tablespoons. Shape into a ball and then flatten. These do not spread a lot. Bake for 12 minutes and then cool. I prefer these when the chocolate has set because I love the texture of the thick chunk of chocolate but others like this warm from the oven. Your choice.