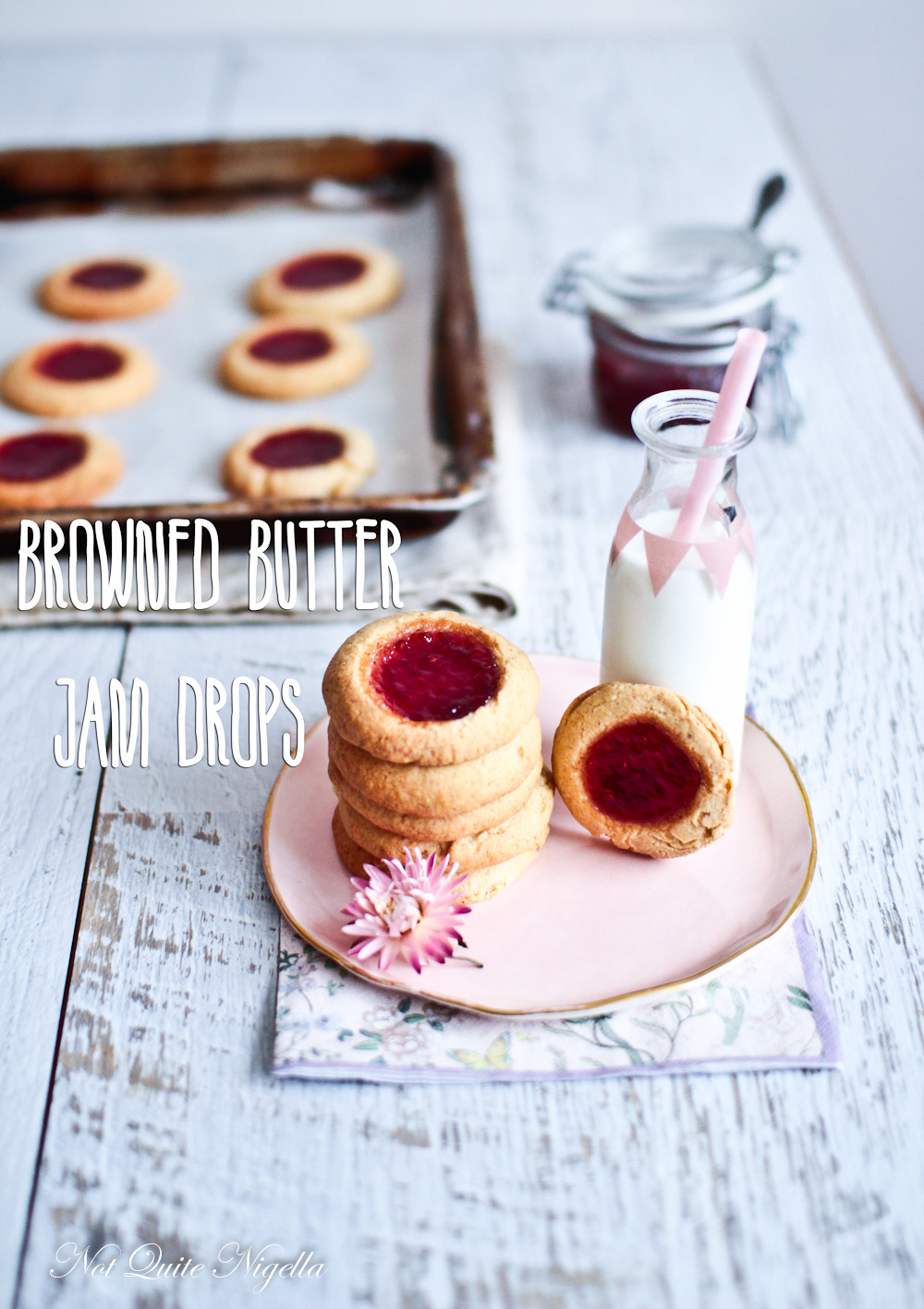 Jam drops are an easy favourite but adding browned butter instead of regular gives these a gorgeous nutty aroma and flavour to them. These are some of the easiest but most delicious coffee or tea cookies you can make!

I have not made jam drops in years, many years in fact. It may even have been almost a decade since I last made them but once I did, I was reminded of how simple and satisfying this modest little cookie is.

The prompt for making these actually came from a conversation I had with Mr NQN. 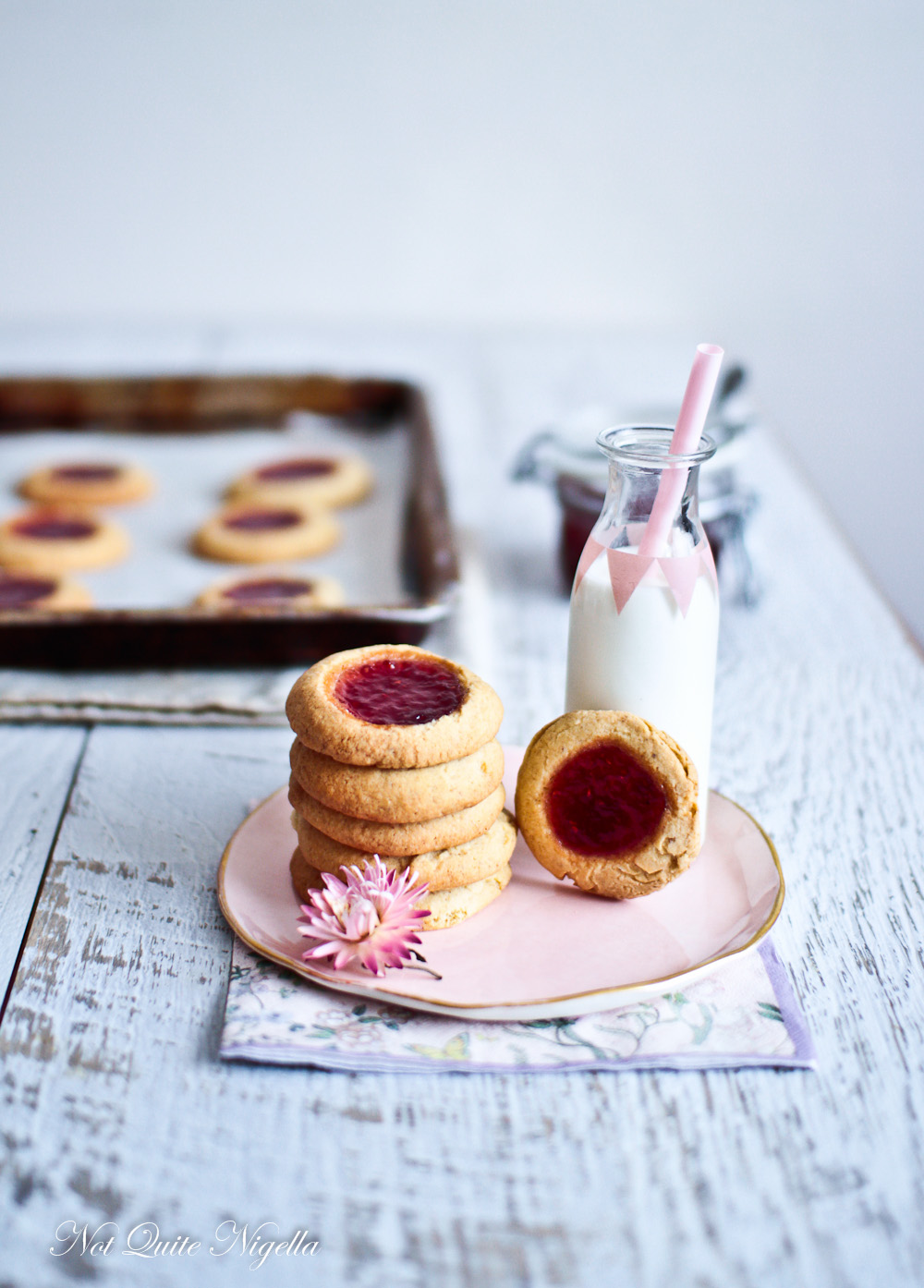 "I don't know if I've ever told you this ever..." said Mr NQN to me while we were eating dinner one night at home.

If I had ears that could swivel around like a dog, mine would have. The big pause that he gave after this statement made me squint my eyes involuntarily.

He took a breath, "Have I ever mentioned that I love marmalade?".

"IS THAT IT?" I said, simultaneously relieved and feeling a bit anticlimactic at the same time. I mean I was glad that it wasn't something more serious but really, who says something like that so dramatically. I have no idea who he may have gotten the drama queen bug from...

It turns out that Mr NQN is a freak for marmalade and he only decided to tell me this after 17 years together. If only he had told me this earlier. Because I have literally 4 jars of half opened marmalade in my fridge and about half a dozen jams. After I went away for three weeks I noticed the empty marmalade and jam jars that had collected. He had bought bread and jam and marmalade to eat while I was away. But not wanting to disturb my precious half opened stash, there were lots of half opened jars of jam. They were pretty much taking up my whole top shelf of the fridge. 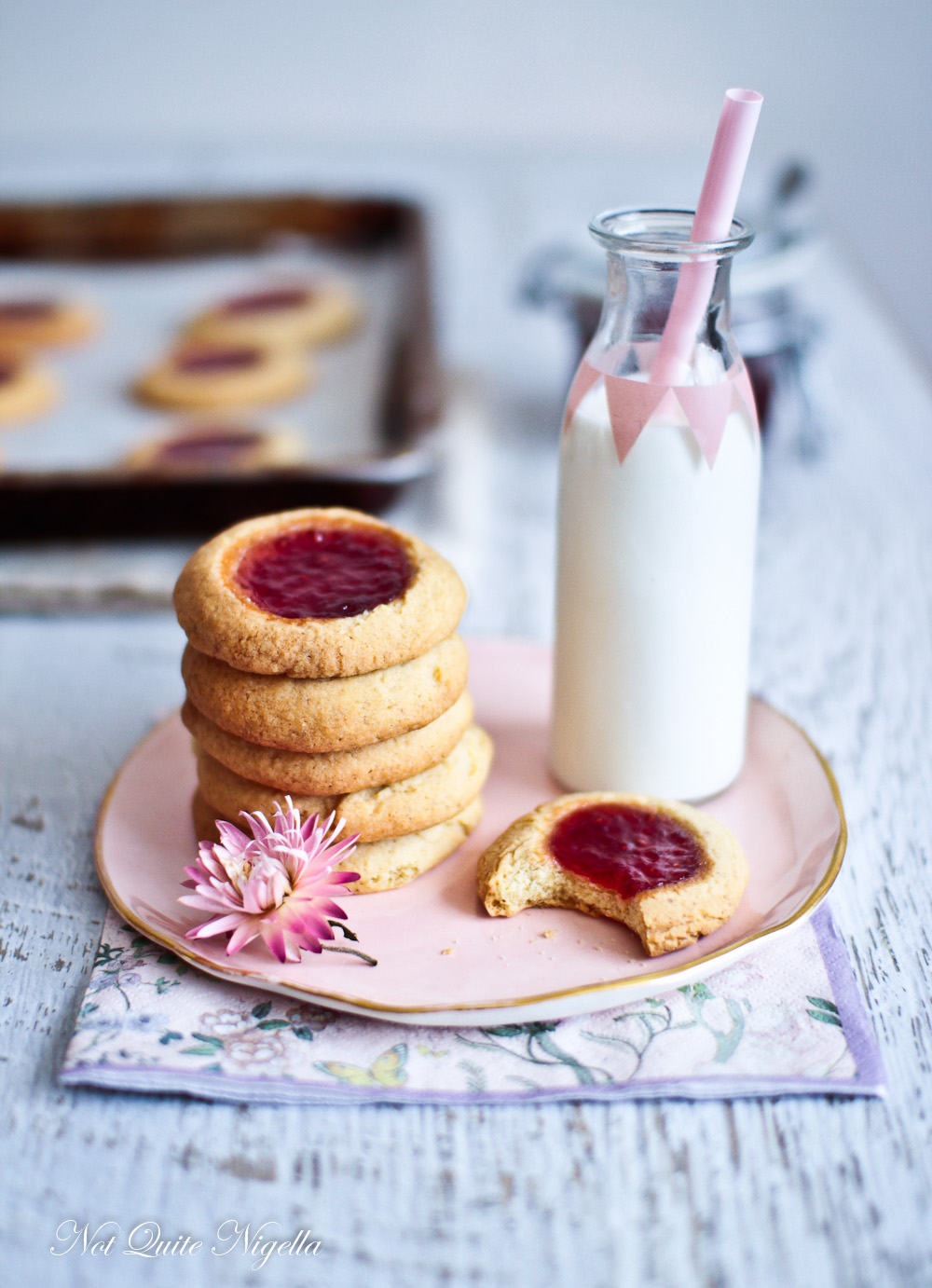 Enter these jam drops. I made the cavities in them large so that they could hold more jam which can only be a good thing. I used up all the jars of raspberry jam that were open and that also gave the OCD person in me an odd sense of satisfaction that was only equally met with the satisfaction of eating these with a cup of tea.

So tell me Dear Reader, have you ever kept a secret for a long time? Are you a good secret keeper or do you tend to tell everyone? And how many jars of marmalade or jam do you currently have in your fridge?

To make browned butter, place butter in a heavy based saucepan and heat on medium high heat. Cook until it starts to brown and smells nutty. Allow to cool to room temperature and then chill.

Step 1 - Preheat oven to 180C/350F and line 2 trays with parchment. Beat the butter and sugar together for 2 minutes. Add the egg and beat until combined. Stir in the flour and salt until it makes a dough (you may need a little more or less flour). 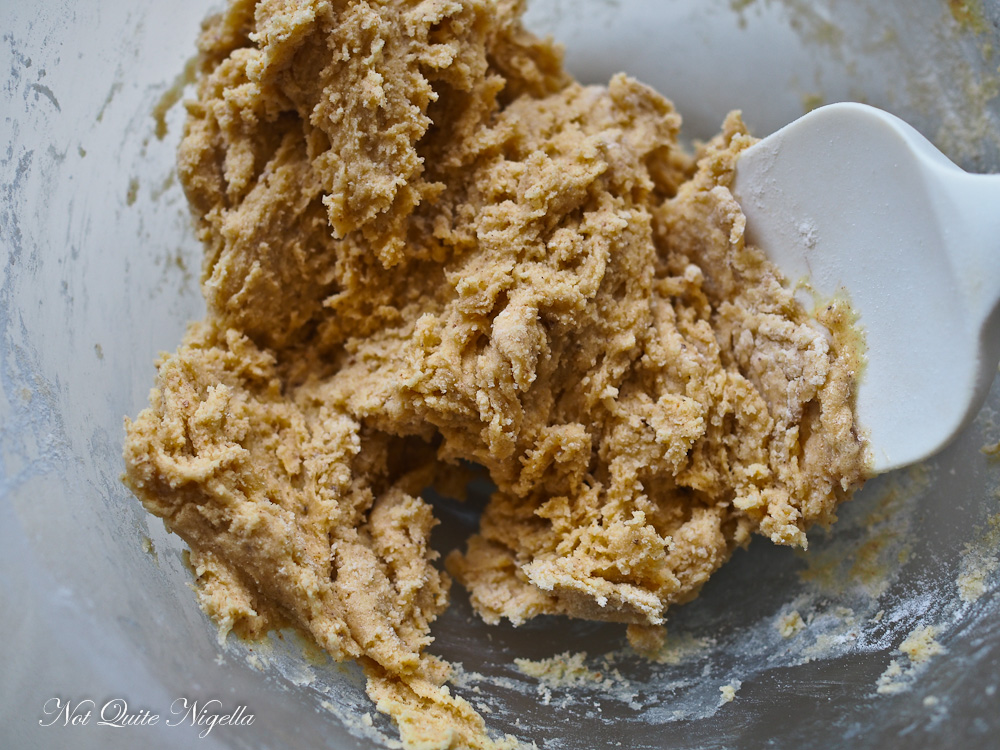 Step 2 - Roll the dough into walnut sized balls placing them an inch or so apart as they will spread. Take a wine cap or cork and dip in flour and make indents in the balls. 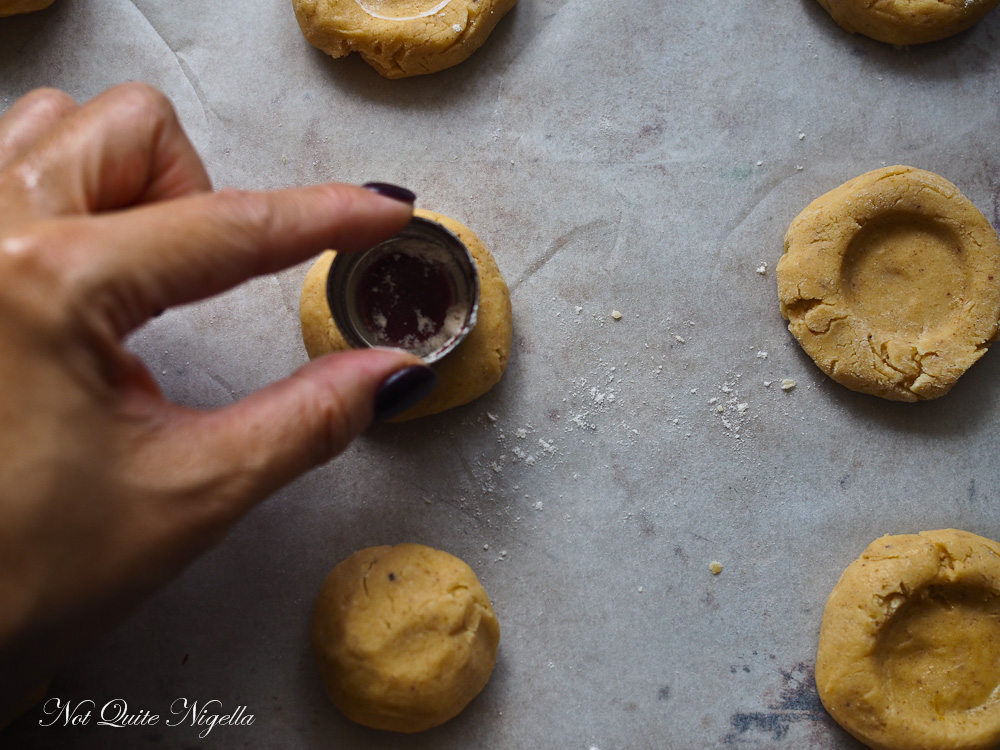 Step 3 - Mix the jam and the lemon juice and spoon into the cavities. Bake for 15 minutes. Allow to cool (the jam will be very hot). 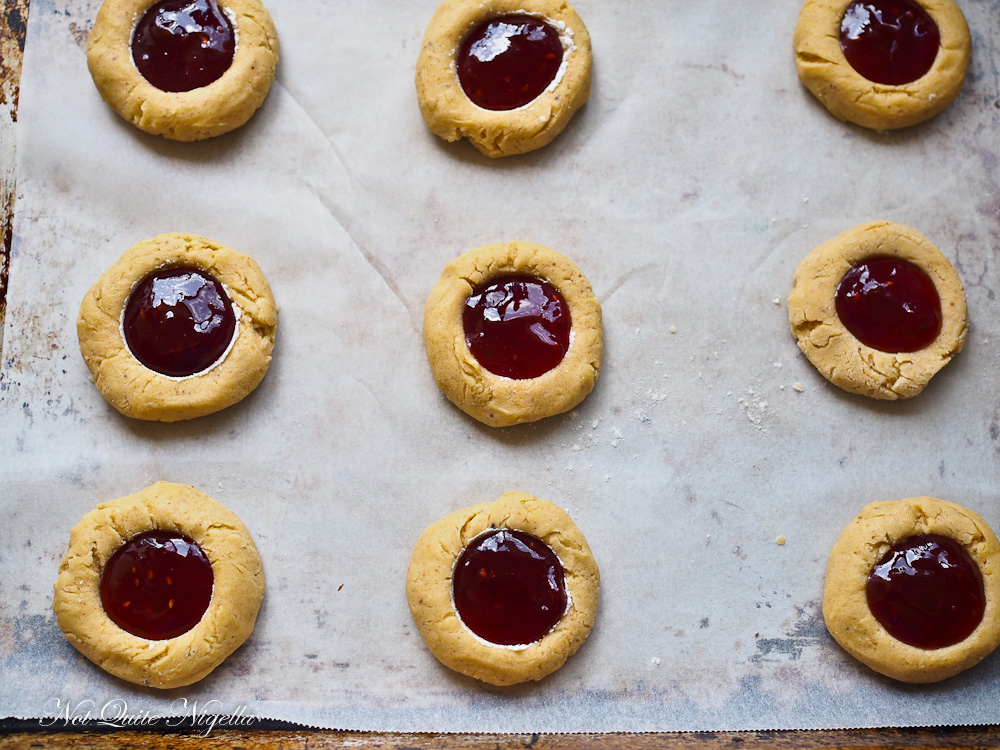