How To Make The Perfect Falafel From Scratch! 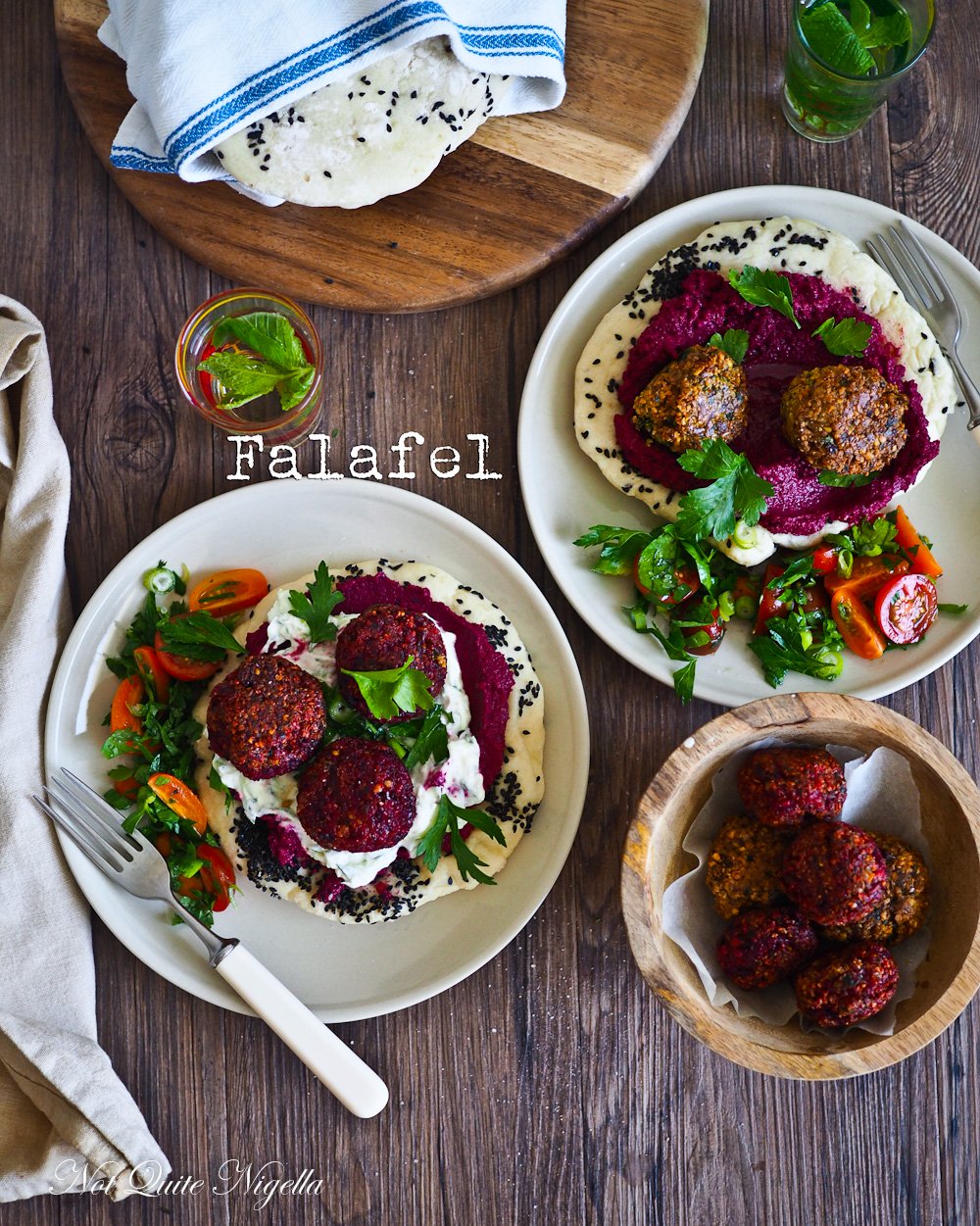 Falafel can vary widely depending on where you buy them from. They can be fluffy and light with an appealingly crunchy exterior and moist interior without being greasy in any way (in an ideal world) or they could be a total disappointment. Give this simple recipe a try for some of the best falafel ever - there's also a recipe for bright pink beetroot falafel too! You may never buy falafel again.

In Egypt falafel are made only using fava beans whereas you can get a mix of fava beans and chickpeas or just chickpeas. It is a popular dish that is high in protein and of course the most important thing is that it can be utterly delicious when done well. Otherwise it's just stomach filler. 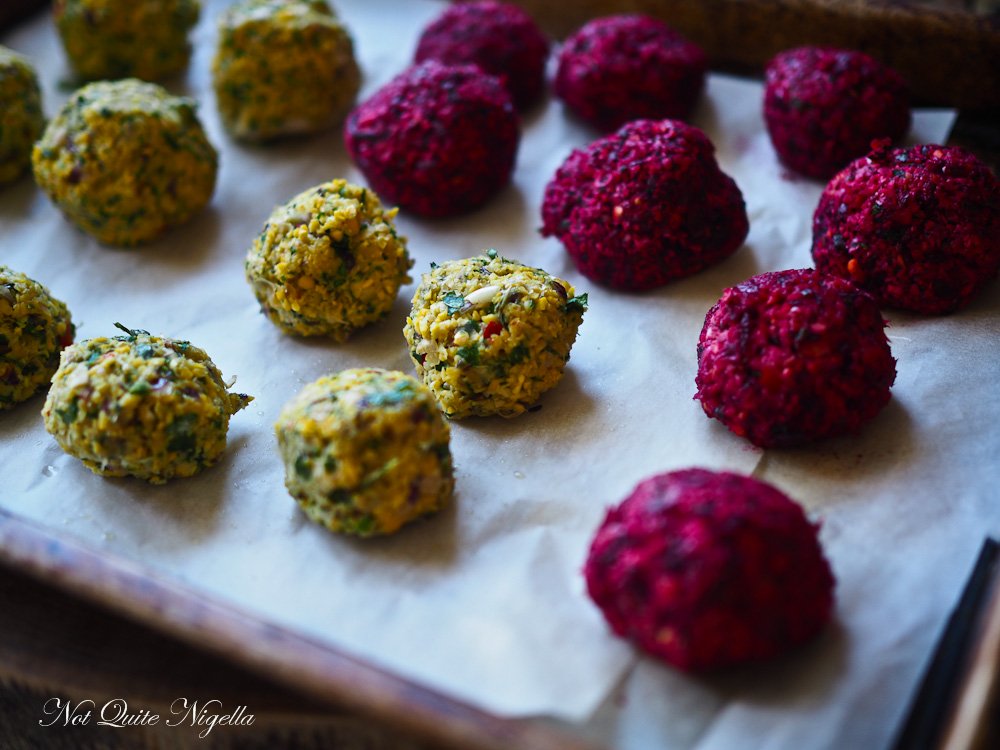 There's a few secrets to making a great falafel and the first one is to use dried chickpeas. Using soaked dried chickpeas that haven't yet been cooked means that they release starch and bind together better holding together well (even if they don't look like they will). You can use tinned chickpeas but the falafel will need to be baked to hold together (which may appeal to some of you more). 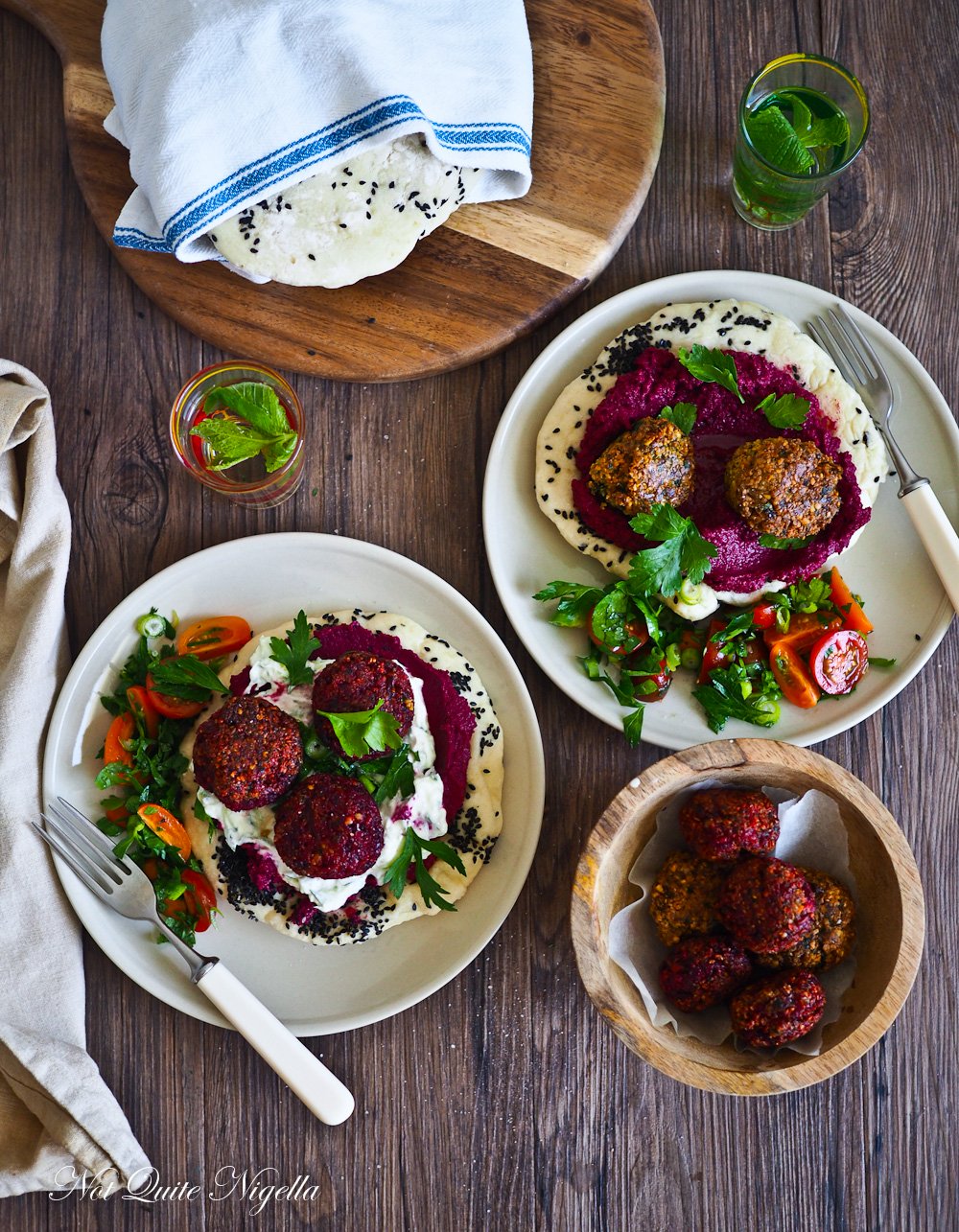 I chose chickpeas over fava beans-truthfully I had eaten the fava bean version and just didn't love it. I also added some colour via beetroot-not traditional at all but I had some from the beetroot hummus and wanted to see how it tasted (spoiler: it's so good and I think we preferred it to the regular! ;) ). 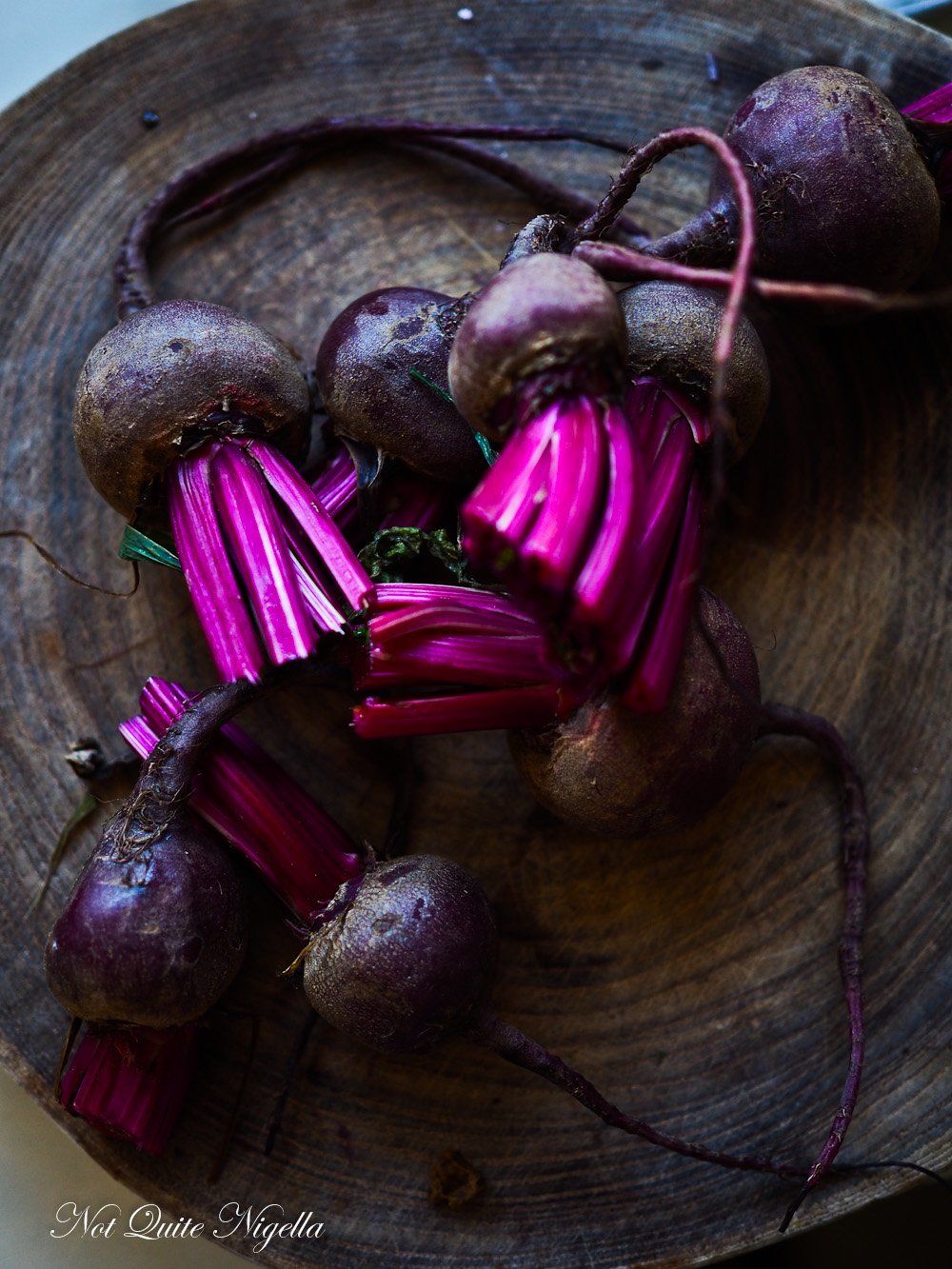 Mr NQN ate half a dozen of the falafel balls on pita bread with hummus and salad while I broached a topic with him. Nina and I had been discussing something earlier that day that I thought sounded like a great experiment. She wanted to see if we would do a spouse swap - well not exactly a spouse swap but Nina would come live with me and Mr NQN would go live with Garth. 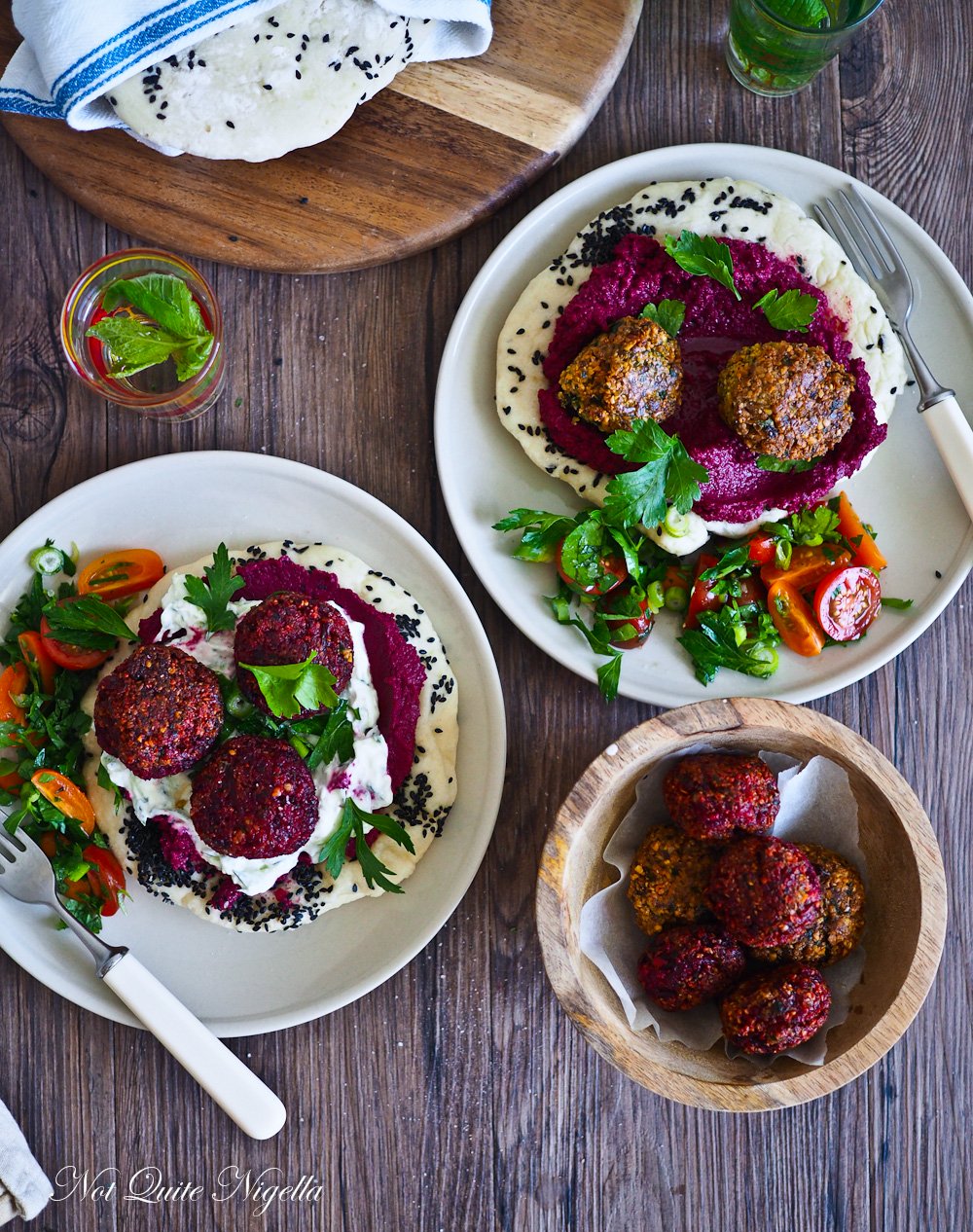 I thought Mr NQN would go for it. He and Garth are like best buddies and they're constantly messaging each other during the day. If they lived together they could Ingress to their heart's content. It would benefit Nina too as Garth would hopefully start to appreciate what she does around the house plus she wanted me to cook for her. As for me, I thought it would be fun just to see what would happen. I usually say yes to most things just out of curiosity. Nina wanted to do one week while I said that I think three or four days would be enough.

"NO," came Mr NQN's firm reply after my enthusiastic pitch.

"Why? You would get to Ingress all the time!" I cajoled. 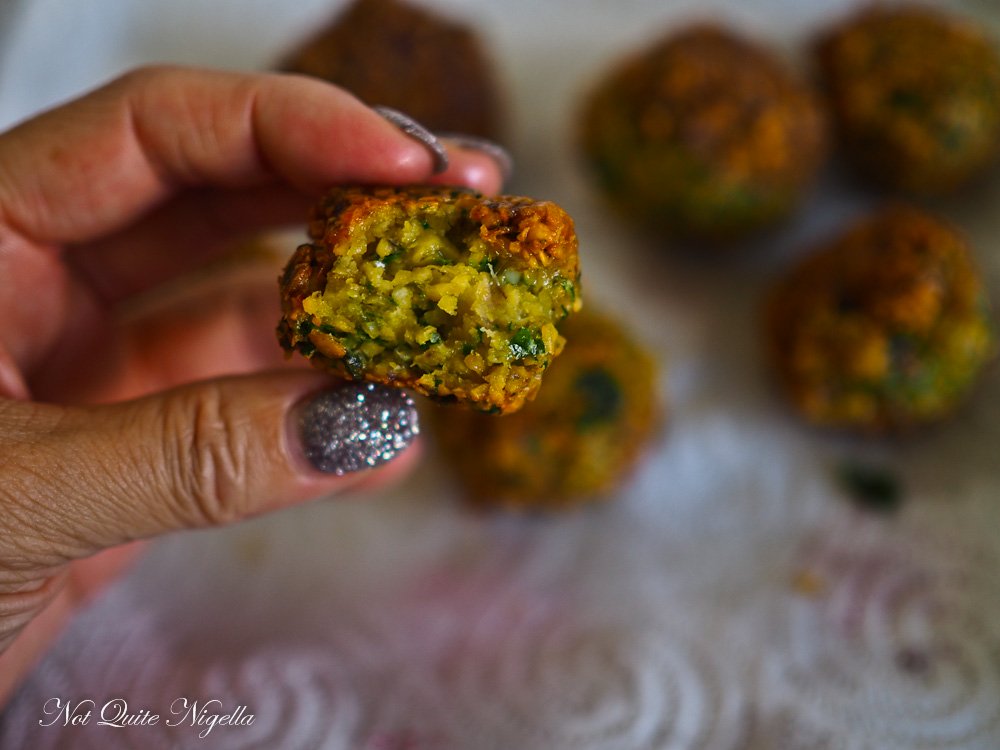 It turned out that he didn't want to share a bed with Garth (both our apartments only have one bed each) and he would also miss the home cooked meals. Then he grudgingly admitted that he liked the current arrangement thank you very much (Mr NQN never really ever expresses his feelings). As for me I was a tad disappointed as I was looking forward to seeing what life would be like!

So tell me Dear Reader, would you ever do a swap like that? Do you think you would benefit from it? Have you ever made your own falafels? Have you ever tried the fava bean ones and did you like them? 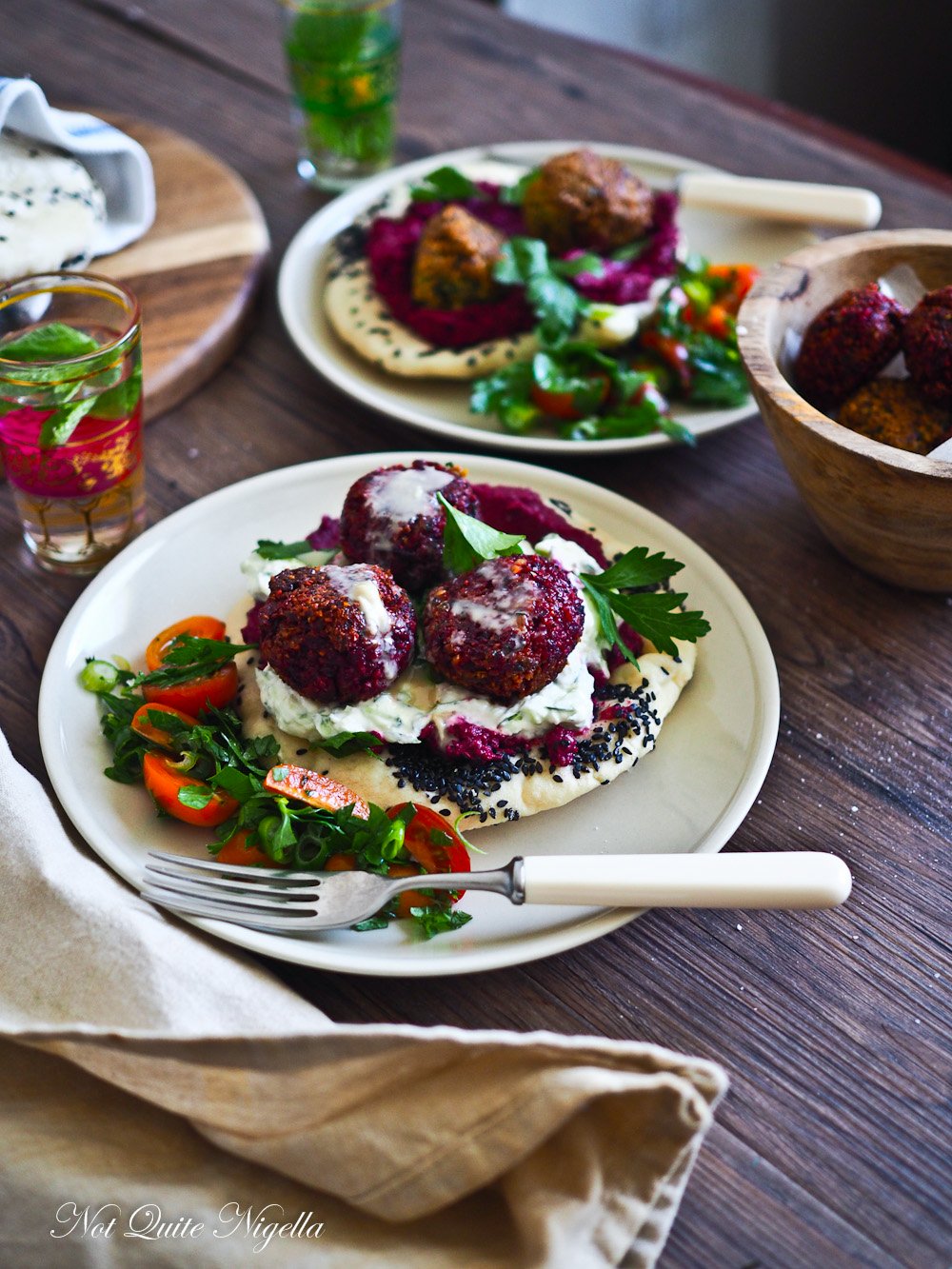 Start this recipe the day before to allow chickpeas to soak 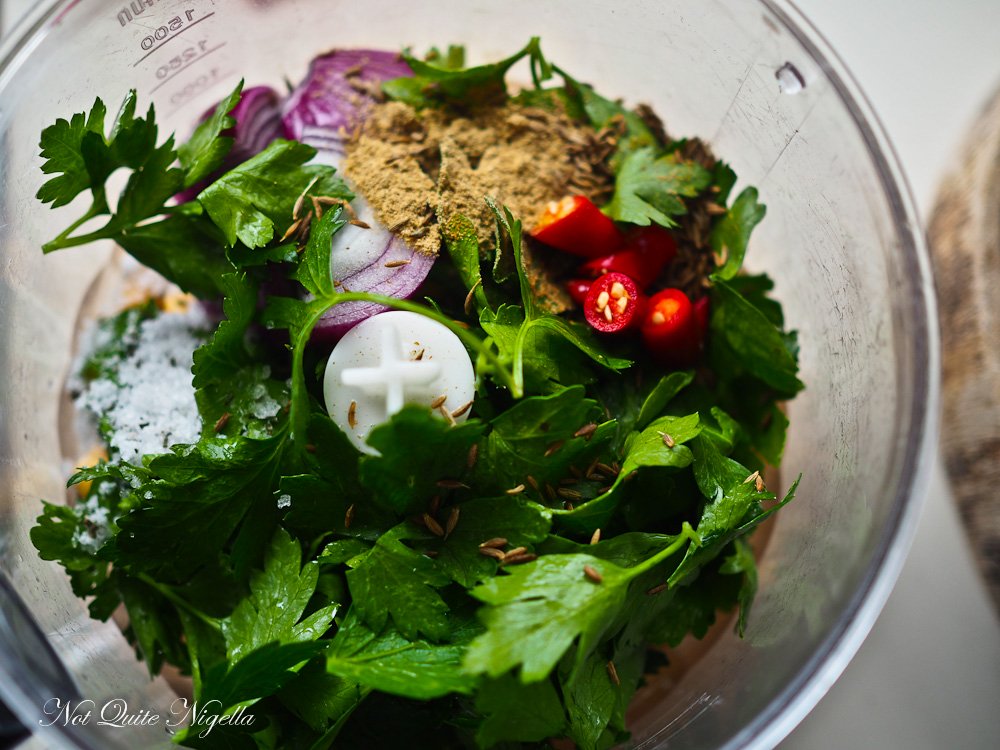 Step 1 - Soak the chickpeas in water overnight changing the water 2-3 times (keep at room temperature). You can also do this 24 hours ahead of time. Rinse and drain the chickpeas. Blend them with the red onion, parsley, mint, garlic, chilli, cumin and coriander and beetroot if you are using it. It doesn't have to be a finely texture mixture, you will still want some texture. Then add the baking powder, salt and flour until you get a sticky mixture (mix well, this is what holds the mixture together). I also found I didn't have to adjust the mixture for beetroot. You can just add it and it will stick together because the flour and baking powder binds it. 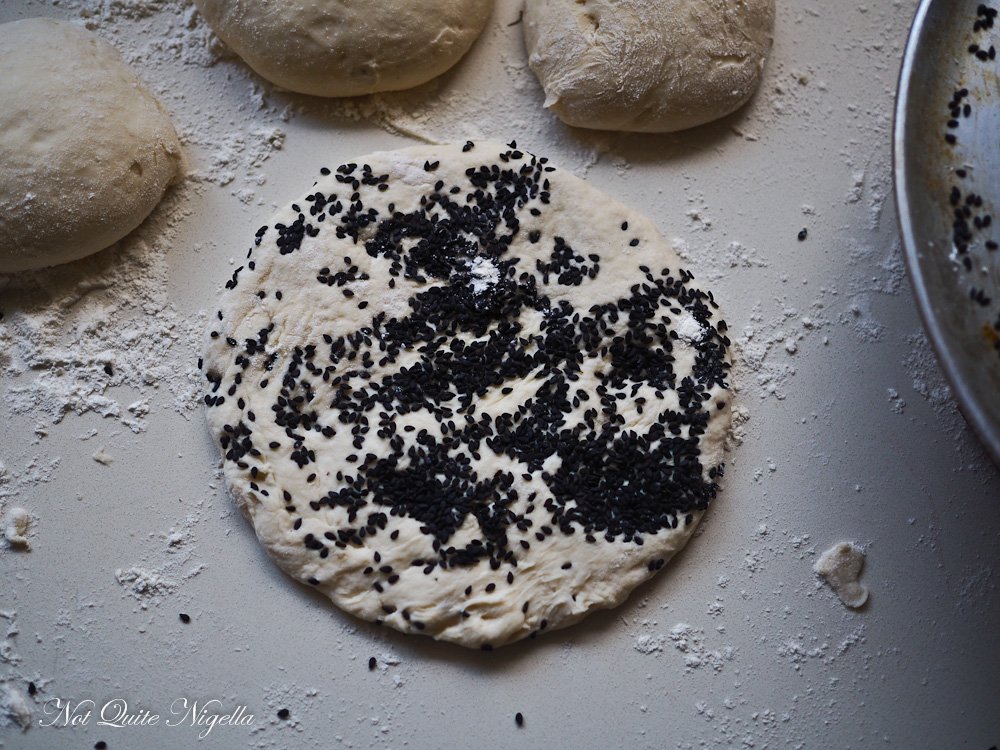 Step 2 - Line a tray with parchment. Roll the mixture into balls-either walnut sized balls or larger. Refrigerate for 1 hour. Heat oil to 190C/374F - you can deep fry or shallow fry these. Fry the falafel balls in the oil until golden brown. Serve with pita bread, hummus and salad. You can also refresh these by deep frying them just before serving. 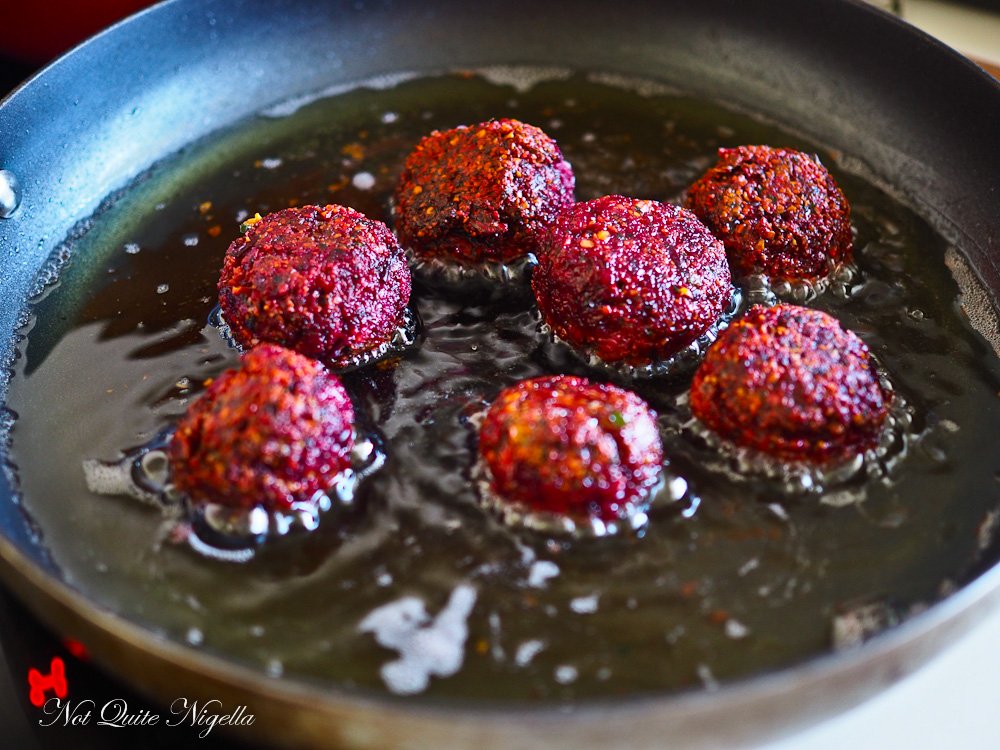 To make beetroot hummus, I add two cooked beetroot to this hummus recipe.