Getting Saucy: Radiatore Pasta, the Quirky Pasta Shape That's Made for Sauce! 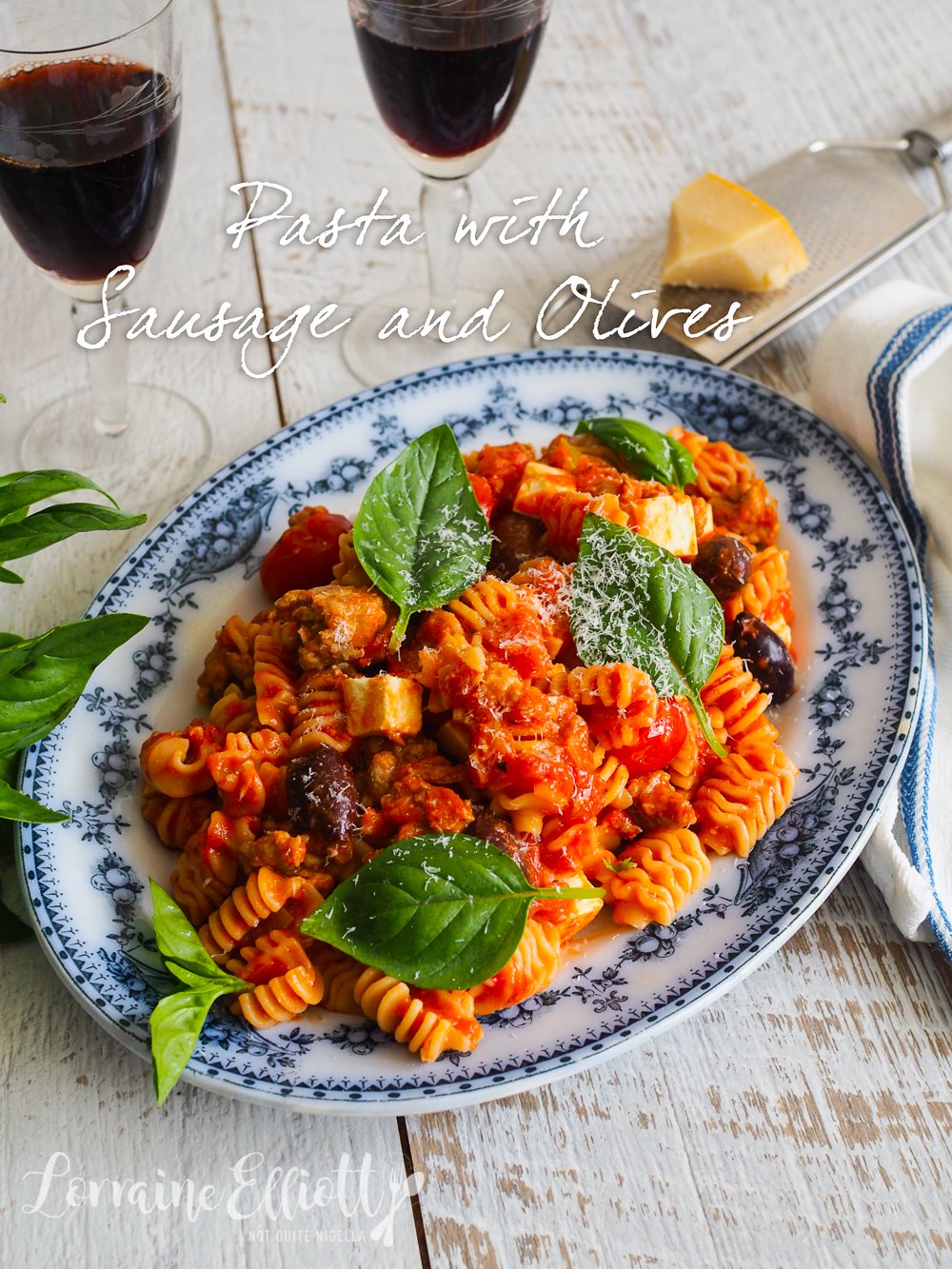 This quirky little pasta shape is the sort of shape that is made for collecting sauces. Radiatore or radiatori pasta is shaped like little old fashioned radiators and the little grooves soak up sauce perfectly. This recipe uses Italian pork sausage, black olives, feta and basil for a delicious pasta dish that you can have on the table in less than 30 minutes!

I've been on a search for this pasta shape for a long time and finally found it at the supermarket of all places. For me, the more unusual the pasta shape, the better although I will admit that a part of me is a bit of a basic and loves spaghetti too. But this dish got one of those rare compliments from Mr NQN.

I made two enormous batches of this radiatore pasta for when I was going to Texas so Mr NQN would have something to eat while I was away. He tends to subsist on the most basic food like marmalade sandwiches and boiled pasta and jarred sauce (I know, it's woeful, I can't change this no matter how I try).

Despite him working in the middle of the CBD with a plethora of choice to vary his diet, he likes eating the same thing over and over again (which would drive me nuts). He claims that he has a balanced diet because he gets a salad and protein sub for lunch. His work also provides him with a variety of snacks. He absolutely loves his new job for a few reasons. Namely being able to take Mochi in and they often have days like "Build your own robot day" and there is a lot of diversity of people there (as a white male, he is actually a diversity hire I kid you not lol). 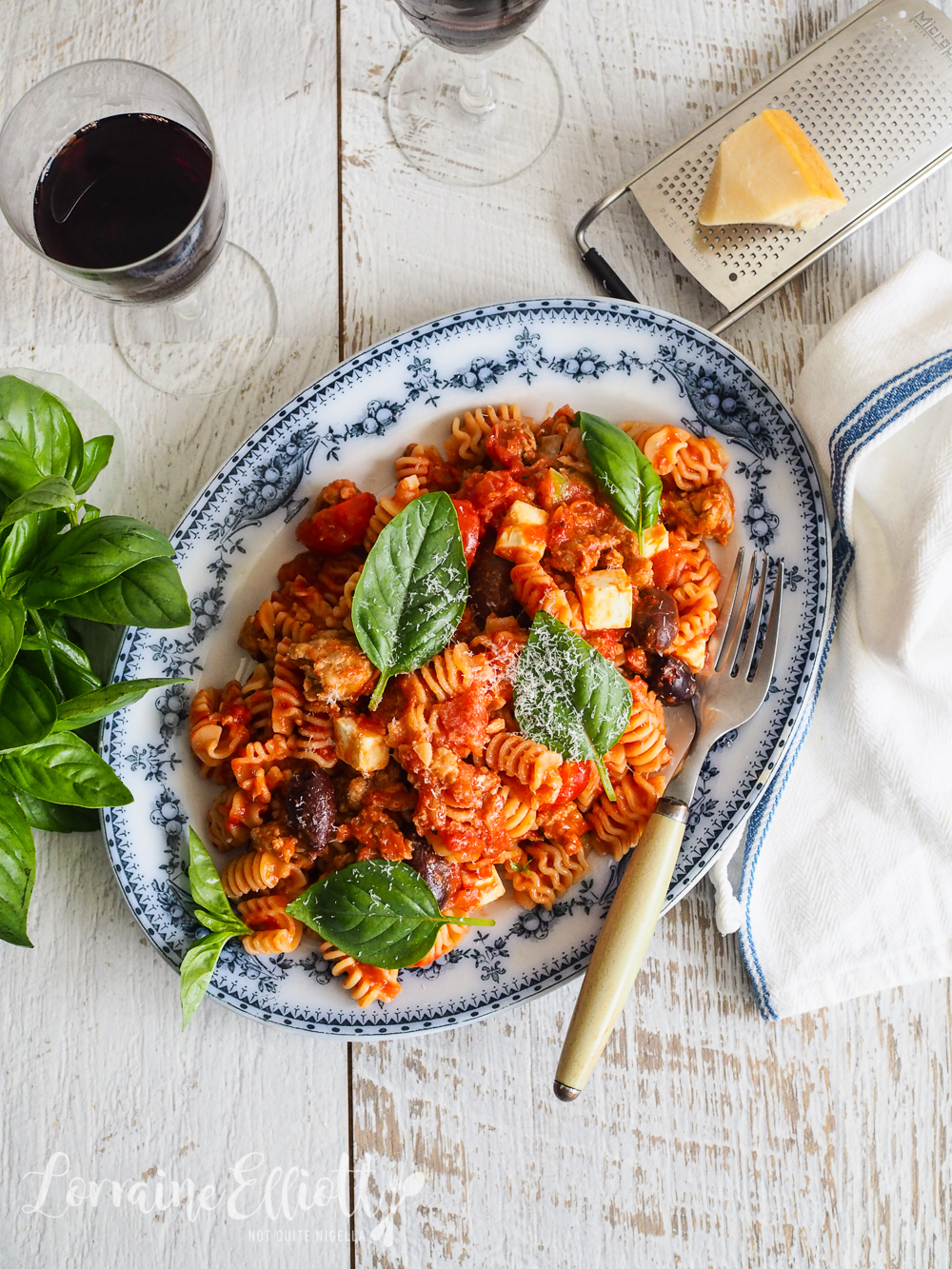 The other day he came home and told me about a new thing that they're building in the office. "Guess what?"" he said excitedly, "They're building a room to nap in! They're calling it the Zen room!". I regarded him for a second, because I know that when Mr NQN naps, he naps for four or five hours. There's none of this power napping involved or 20 minute short naps. It's basically a sleep that he calls "going off to have a little nap."

A few days later he updated me on the Zen room with a little less enthusiasm. Apparently you do need to book in your spot there in 30 minute slots. And it's all done on a computer system so people can see if you've booked it in for 4 hours straight. So unfortunately for him, his dream napping situation was not to be. But he was very excited for a few days there!

So tell me Dear Reader, if you were offered a napping room at work, would you use it? How long do you nap for on average? And have you ever tried radiatore pasta? 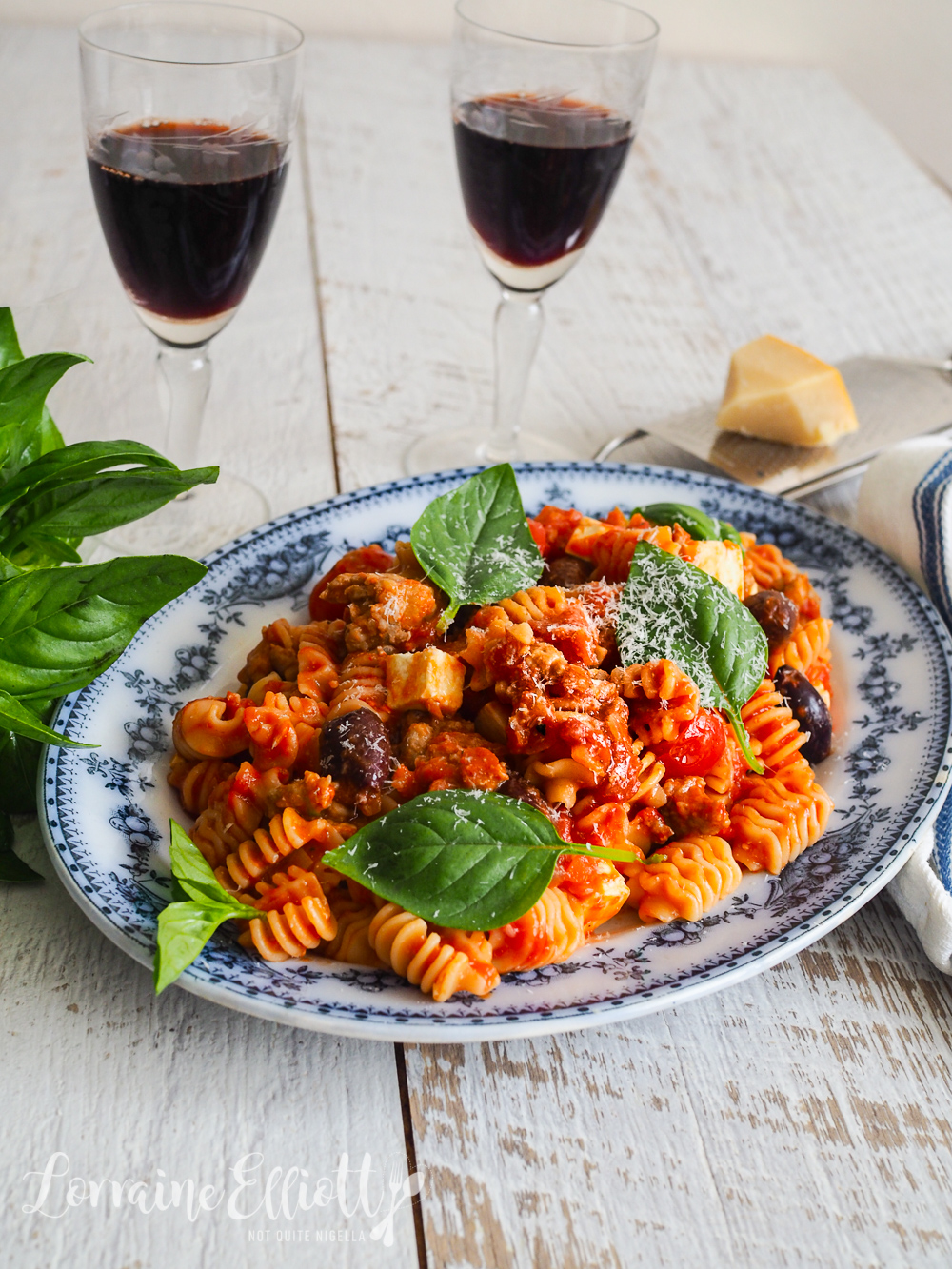 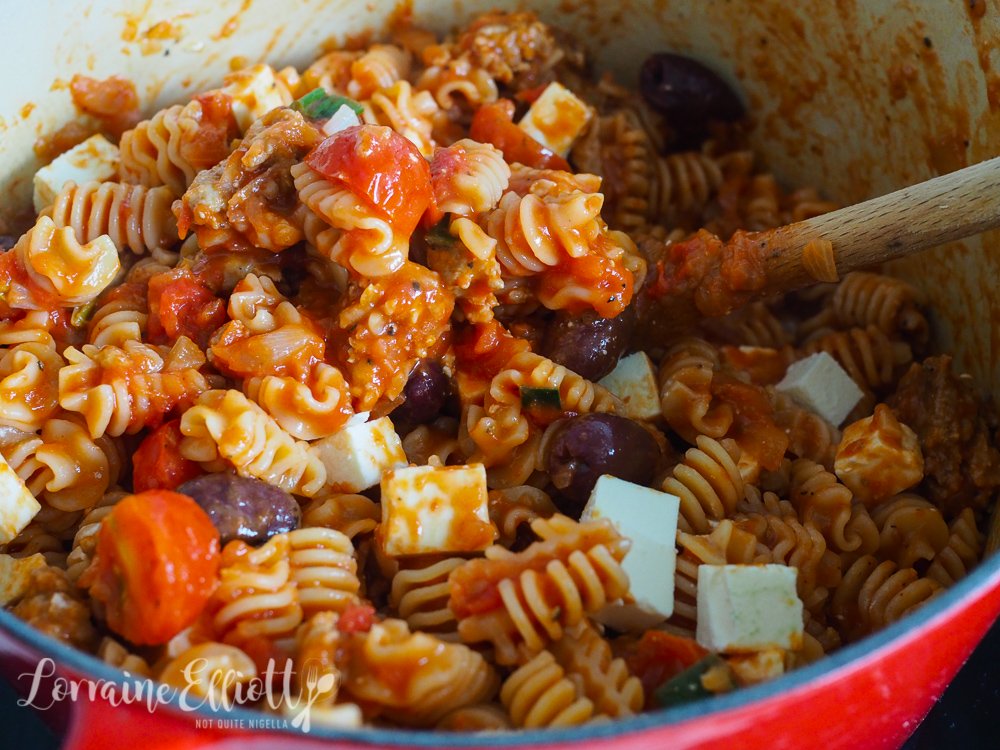 Step 1 - Fry the onions in the olive oil on medium heat until translucent. Add garlic and a bit more oil and fry for a minute. Then add the sausage in pieces breaking it up with your spatula. Add diced tomatoes and cherry tomatoes as well as tomato paste and simmer for 10 minutes or until thickened. Season with salt and pepper. I also add a tiny bit of sugar if the tomatoes are a bit sour.

Step 2 - While it is cooking, boil the pasta in plenty of salted boiling water until al dente. Drain and then stir into the sauce. Add the black olives and feta and top with basil.