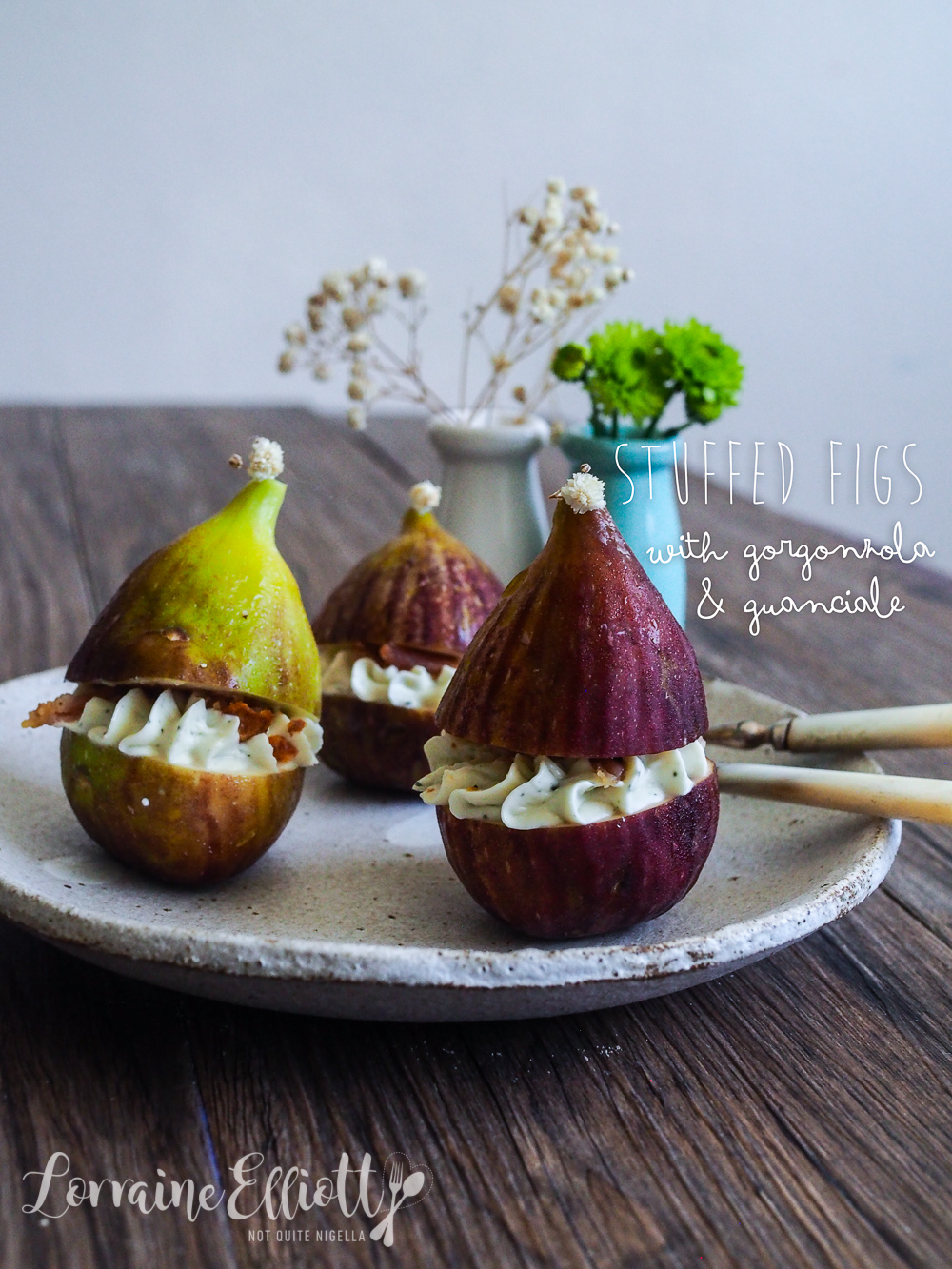 Need to wow someone but short on time this Valentines Day? These gorgonzola and cream cheese stuffed figs take less than 15 minutes but are so delicious nobody would ever know it! And Dear Reader if you're a fresh fig fan, this is a most definite pushy recipe!

In this recipe, and it's so simple I hesitate to call it a recipe, figs are split in half horizontally and then filled with a mixture of gorgonzola, cream cheese and honey. Crispy guanciale is then crumbled on top and if you've chosen luscious figs, you're in for a wonderful textural and taste sensation. So far the figs this year seem to be appealingly jammy. I mentioned guanciale, which sometimes prompts confusion from people that are unfamiliar with it. It's a cured meat made from pork jowl. It's wonderfully fatty and sold in very thin strips. It can be hard to find, mine was procured at a butcher in Tasmania but in a pinch very thinly sliced pancetta can also do or prosciutto which is easily available. When I mentioned guanciale to a few people, they didn't know what it was. 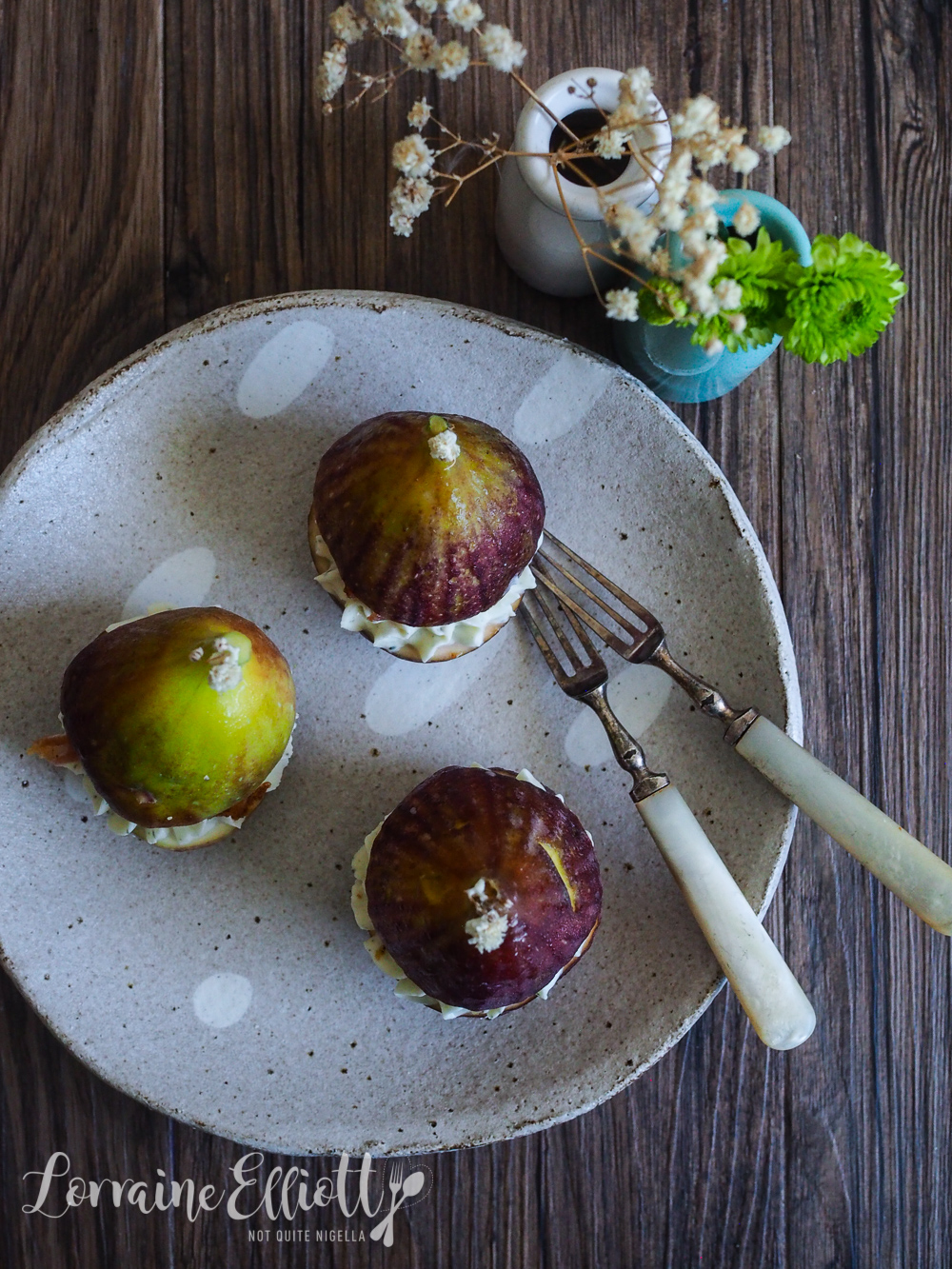 I'm often coming across terms I don't know and I learnt something else from our friends Ivy and Ryan. We were introduced to them by Louise and Viggo. Ivy and I became friends because we both love senior rescue dogs, food, makeup and not roughing it. Ryan and I have a bickering sibling sort of relationship where we constantly make digs at each other because I'm super liberal and he's super conservative and that's a real trigger for me. We're both always ready for a spirited debate or argument about social issues.

We were dropping them home in our car and Mr NQN did a u-turn, they said something to eat other that sounded like swearing. I asked them what they said and they told us that in Altanta, Georgia to do a u-turn (which is to "chuck a uey" in Australia), you "Flip a shitty". So I taught them guanciale and they taught me flip a shitty!

So tell me Dear Reader, what subject is your trigger? And how do you say you'll do a u turn? Have you ever heard of flipping a shitty? 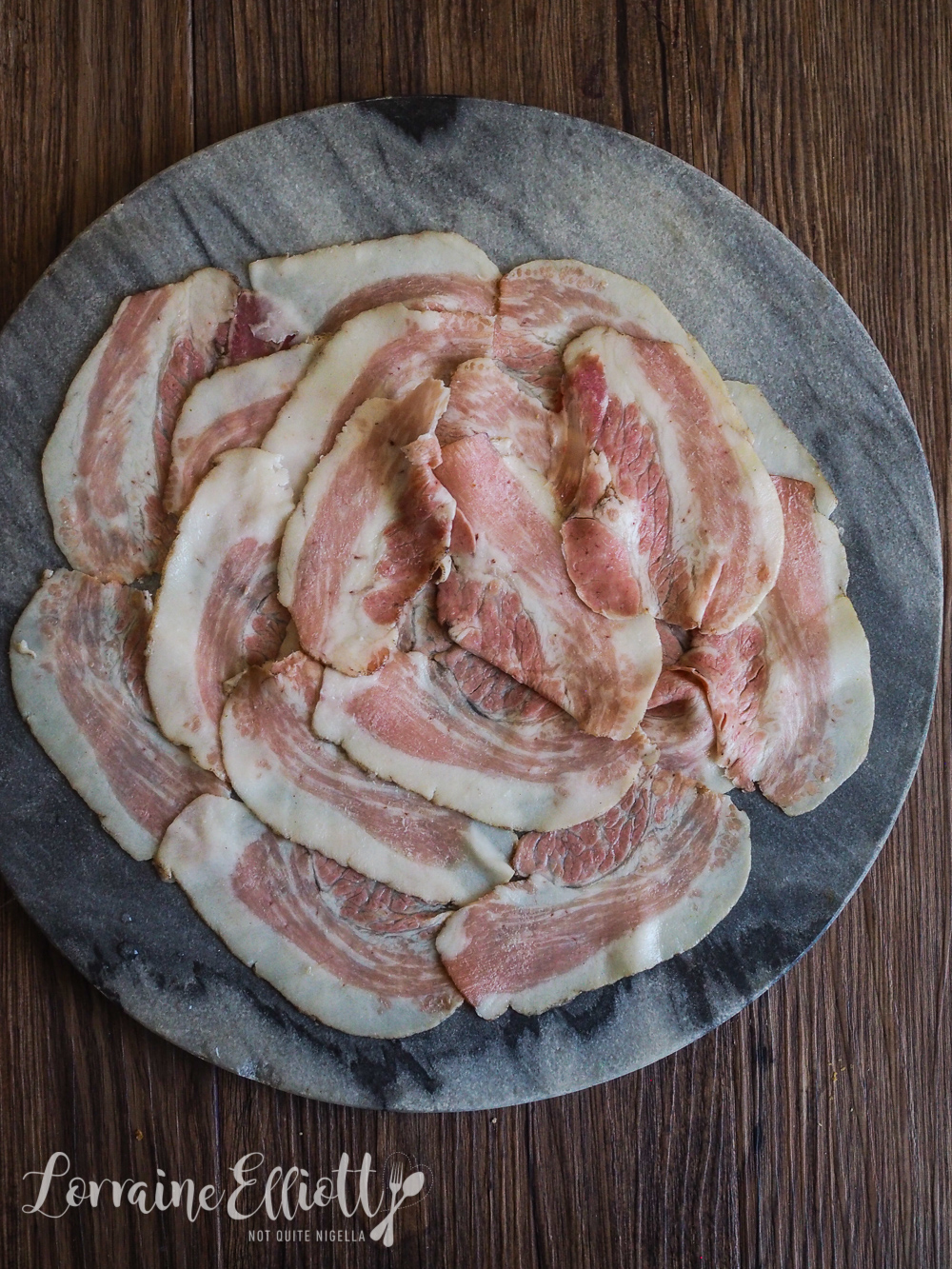 Guanciale can be hard to find. I found mine in a butcher in Launceston in Tasmania but prosciutto is much easier to find so use this instead

Step 1 - If you are using guanciale or pancetta, lightly fry it until crisp, drain on a paper towel and chop finely. If you are using prosciutto you can chop it into small pieces and use it as it is without frying. In a food processor blend the cream cheese, gorgonzola and honey until completely smooth. Fit a piping bag with a #867 tip and scoop the cheese filling into it and refrigerate until needed.

Step 2 - Slice the figs in half horizontally (you may need to cut them at the bottom so that they sit up sturdily). Pipe the filling into the fig and then sprinkle with guanciale, pancetta or prosciutto. Place the top on the fig and serve. This can be made ahead of time and stored in the fridge.