A Bar With A View: Bar Patrón by Rockpool 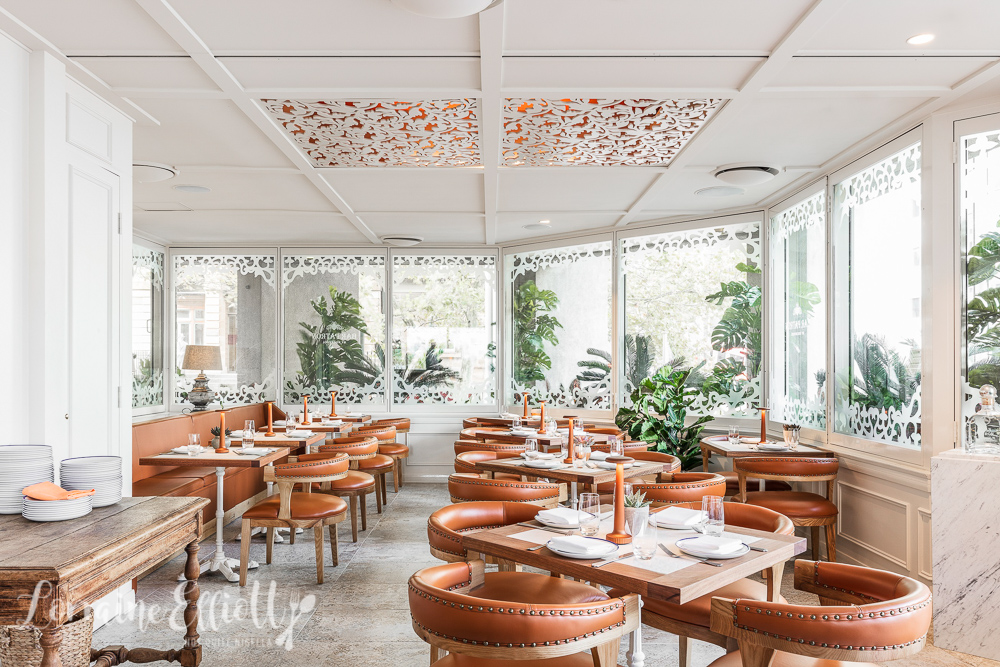 Bar Patrón is a collaboration between Rockpool and Patron tequila in a first for the Patrón brand in the world. Located in Circular Quay, the bar promises a new, fresh take on Mexican food. Drinks-wise, there's a $100 "Millionaire's Nitro Margarita" made with Patrón's Gran Burdeos and nitro chilled finger lime pearls if you're feeling flush too. The drinks include five limited and numbered barrel select tequilas that have been distilled exclusively for them. 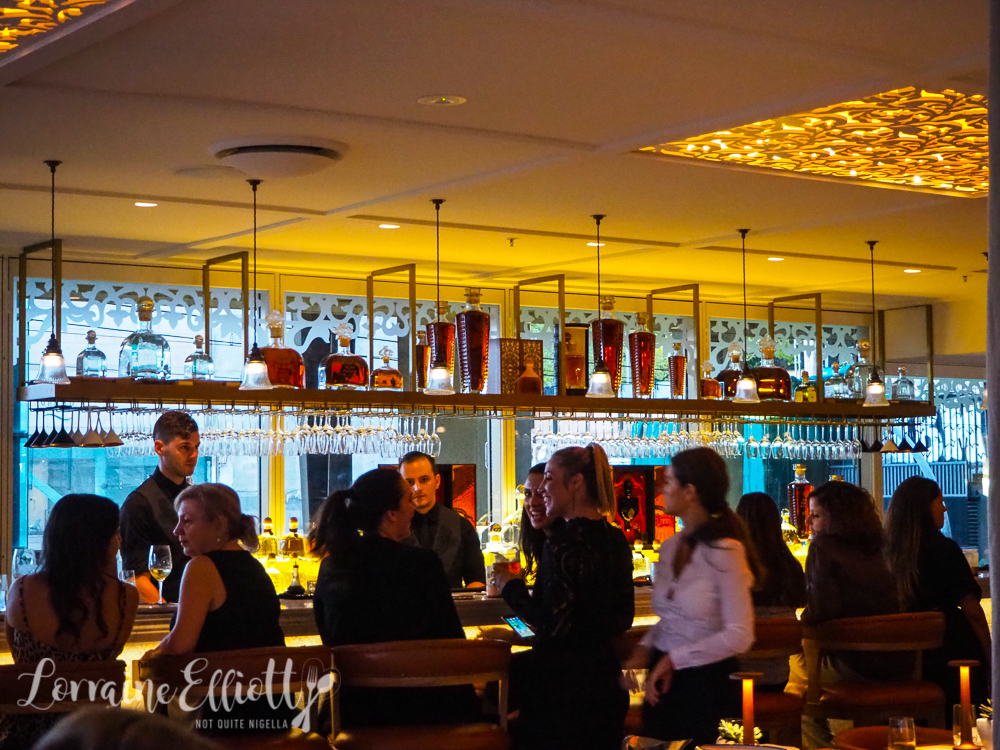 The space at Bar Patrón is not what you might envisage as typically Mexican. There is no bright colour palette. Instead it's about gold, cream and white. "We want it to be a sophisticated hacienda style, not traditional Mexican decor, so it's more in keeping with the two premium brands it's named after," says chef Neil Perry.

The bottles of Patrón are strategically placed on marble columns. And then there's the spectacular view of the Harbour Bridge and harbour (none of which Mr NQN managed to capture so inside photos are supplied). 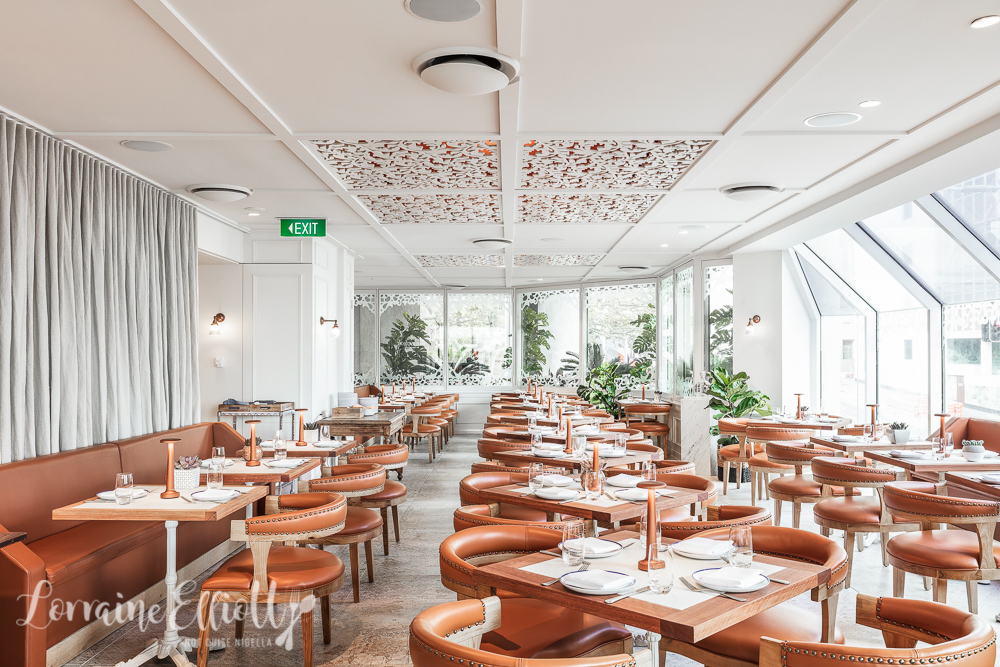 Neil Perry is flustered. He has been up until 2am rolling tortillas. And when he comes out from the kitchen Kristie's eyes widen. "Can I get a pic with him?" she whispers to me. I'm here with Mr NQN, Kristie and her boyfriend Sam. 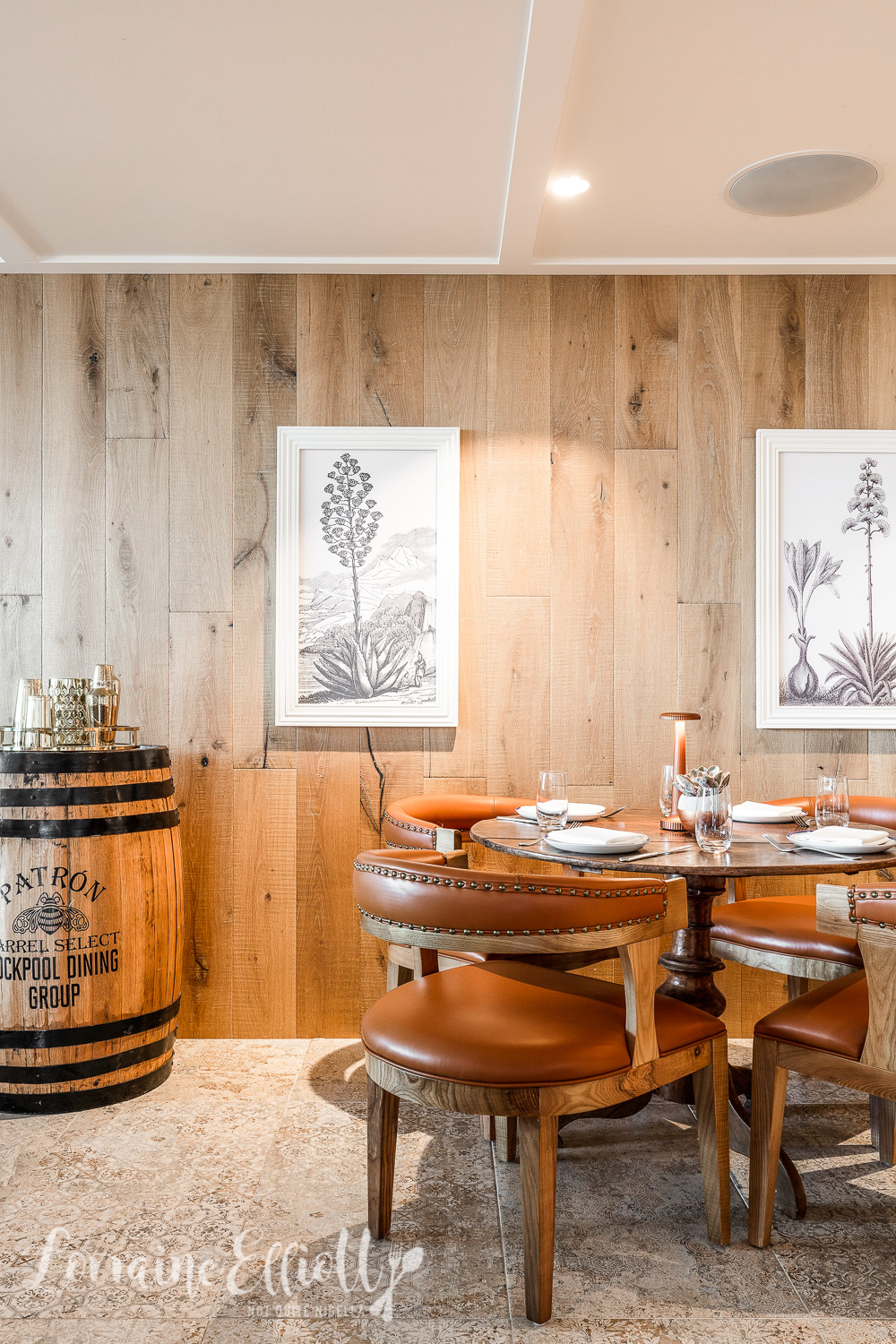 The collaboration between the two brands is a new concept here although it is fully owned by the Rockpool Dining Group. Could it be the start of a new trend among restaurants? Kristie and Sam aren't quite convinced as they say that it seems almost like a pop up.

Neil's secret in the kitchen is Pamela Valdes Pardo, a chef from Veracruz whom he snatched up straight away when he tasted her food. He placed her at Rosetta until this space was ready. I go with the waitress's recommendations for food (alas the tamales are sold out). 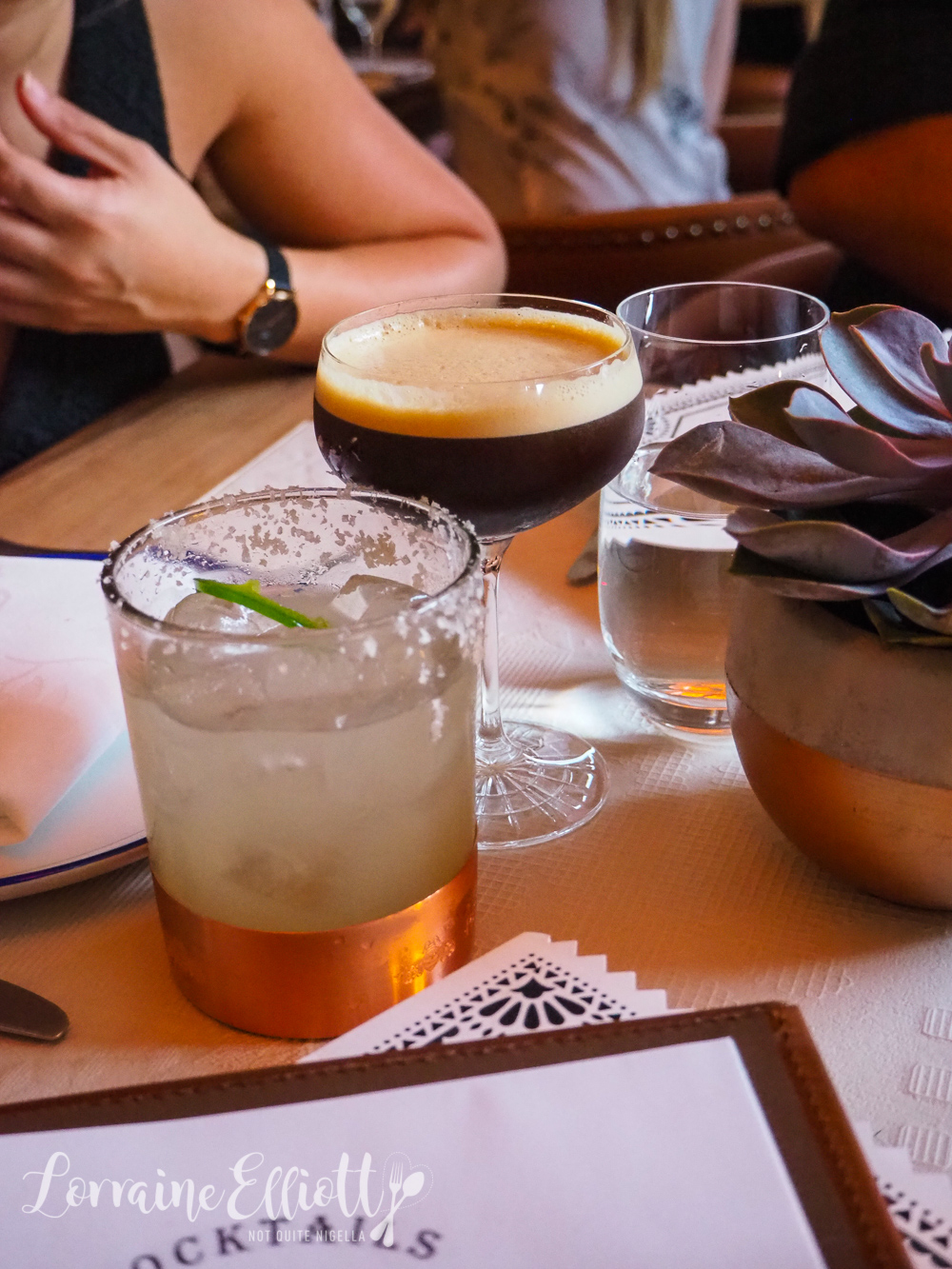 Cocktails are ordered, the espresso martini for Sam and the classic margarita for Kristie (the chipotle margarita is unavailable). And for me I go for the quirkily styled and delicious Des Passito served in a tin of Pasito (who knew that they still made Pasito?). It's made with Pasito, lychee, reposado, Campari and lemon. 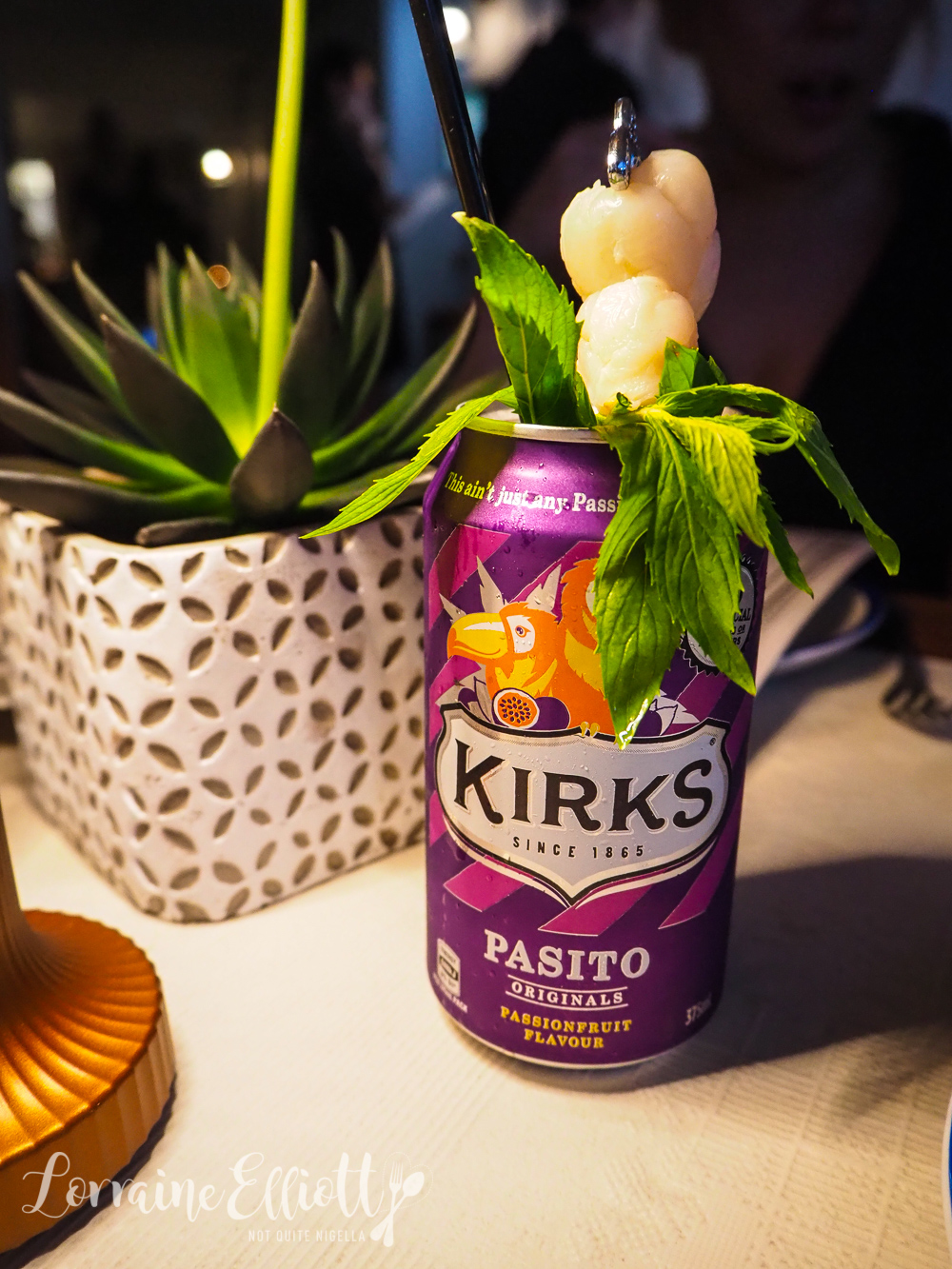 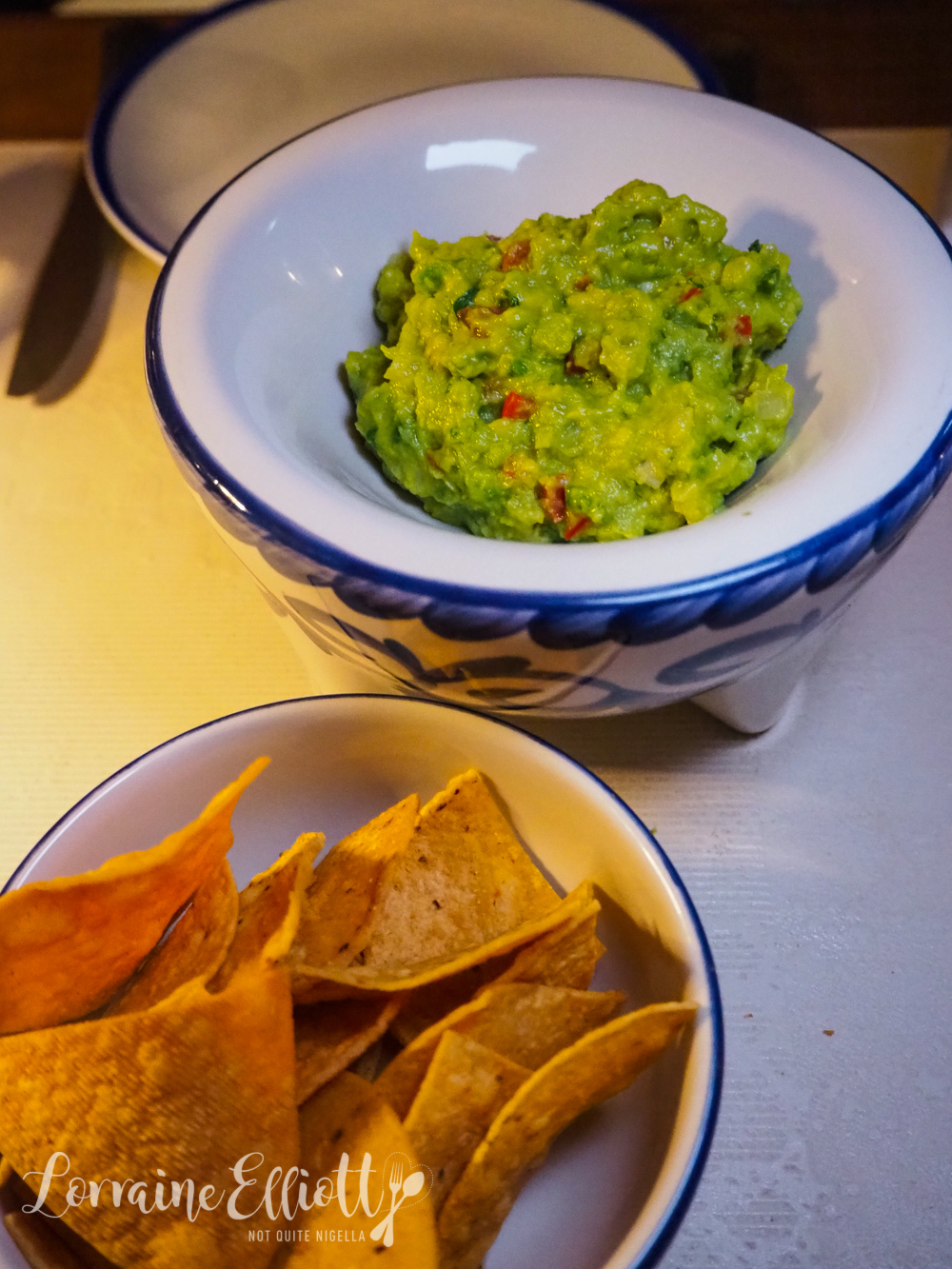 The guacamole is hand pounded to order so there are chunks of avocado and crisp house-made corn chips. It's creamy, tangy and crunchy. 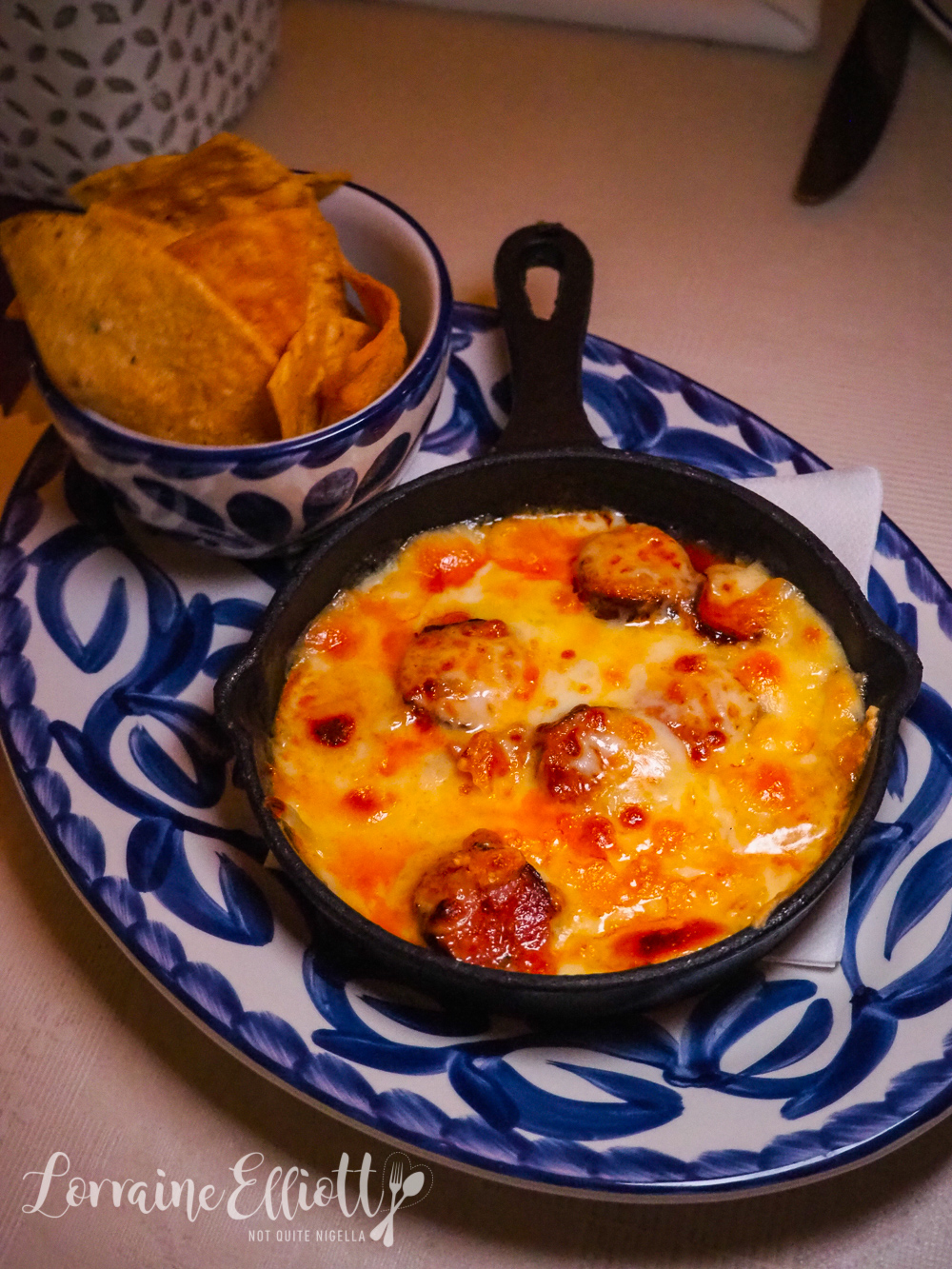 Who doesn't love melted cheese and chorizo? The queso fundido is melted cheddar and fontina cheeses served with corn chips and discs of chorizo. 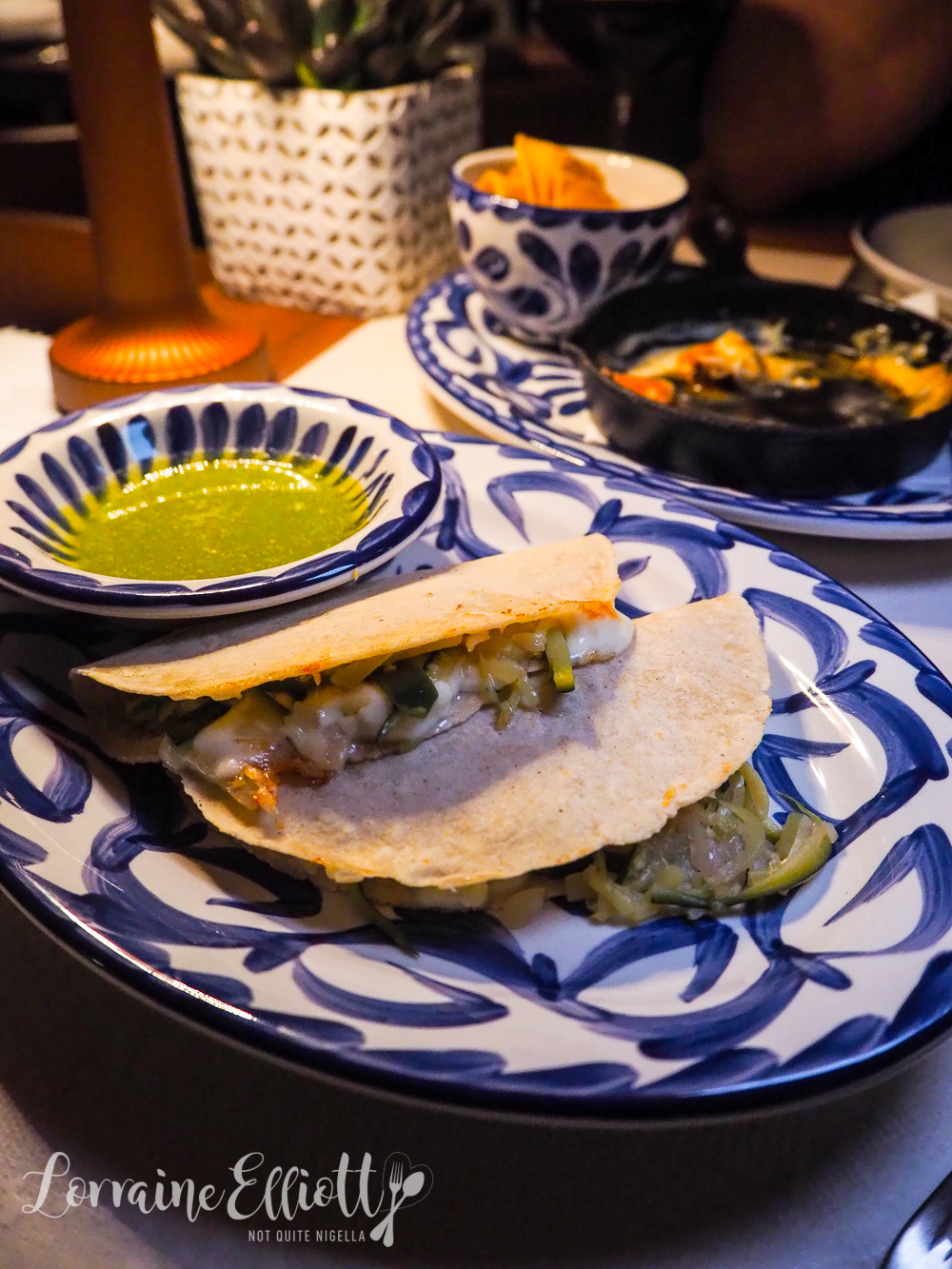 When meeting a friend's boyfriend, certain tests are thrown out. When Sam says that he doesn't like spicy food or jalapenos I have to admit that I raised my eyebrow at Kristie muttering a concerned, "Guuuuurl...". Sam does end up eating one of the jalapeno and cheese quesadillas. Both quesadilla selections on the menu are vegetarian and I would have loved a meat choice. 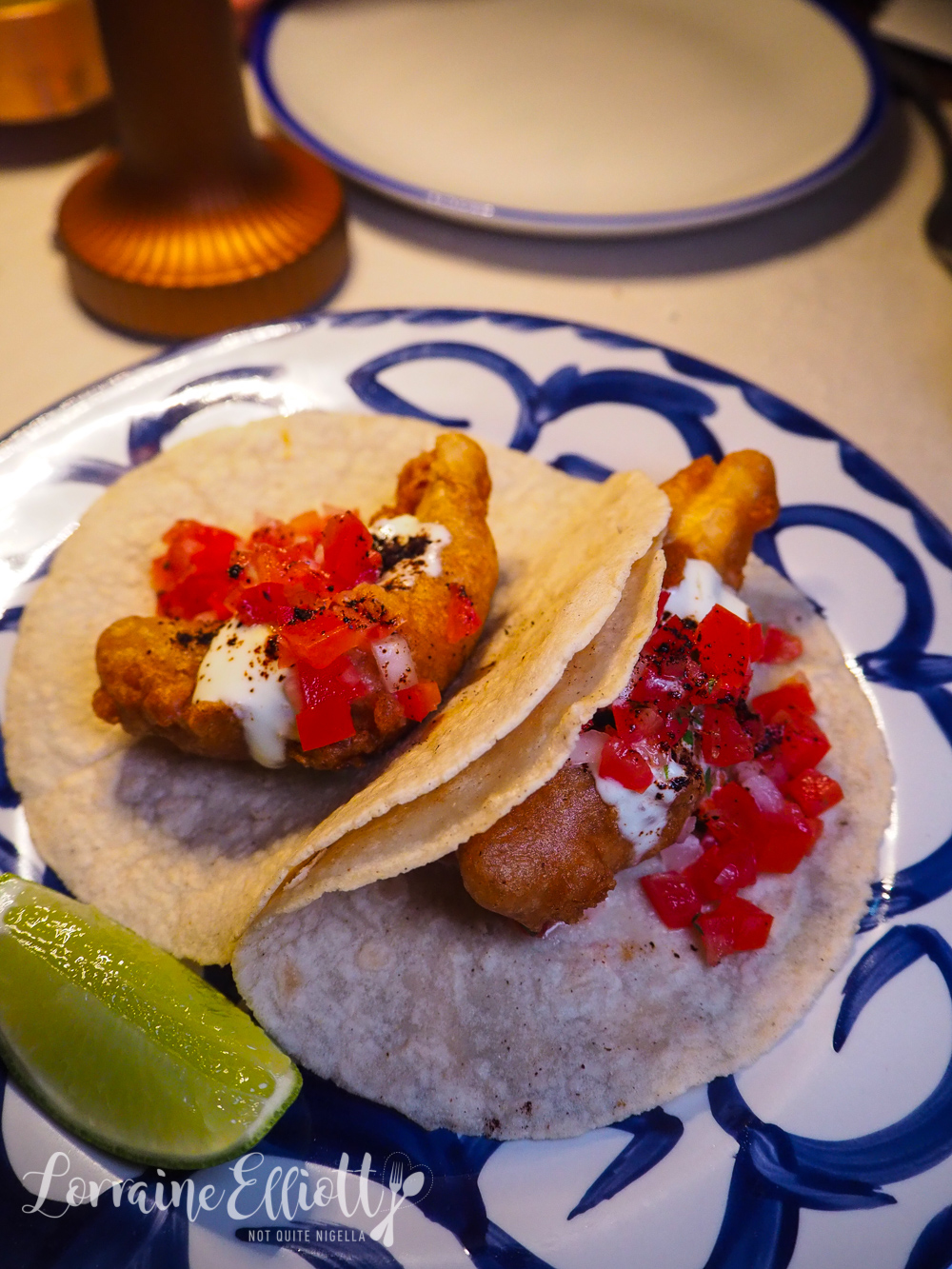 I liked the deep fried and battered flathead tacos with sour cream and pico de gallo. All of the house made tacos are made of corn only so they are gluten free. 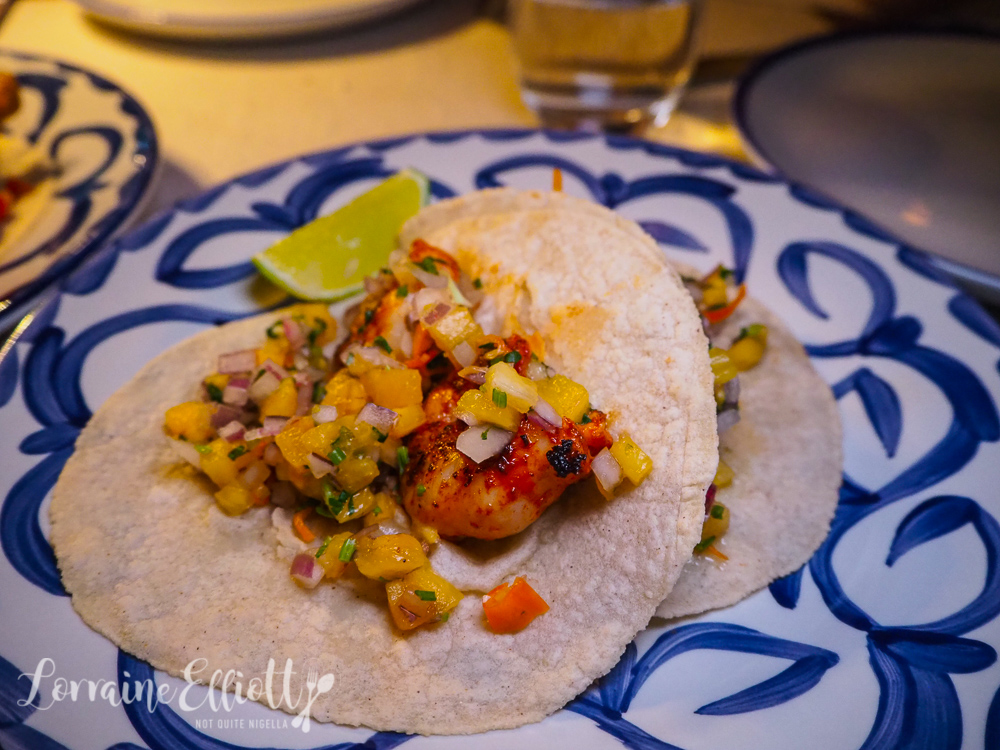 The prawn tacos are a bit on the pricey side given each taco has two prawns but the flavours are good. There are marinated prawns and a habanero pineapple salsa which adds a lot of flavour. They do drip a bit of liquid so just be careful to lean forward when you eat these. 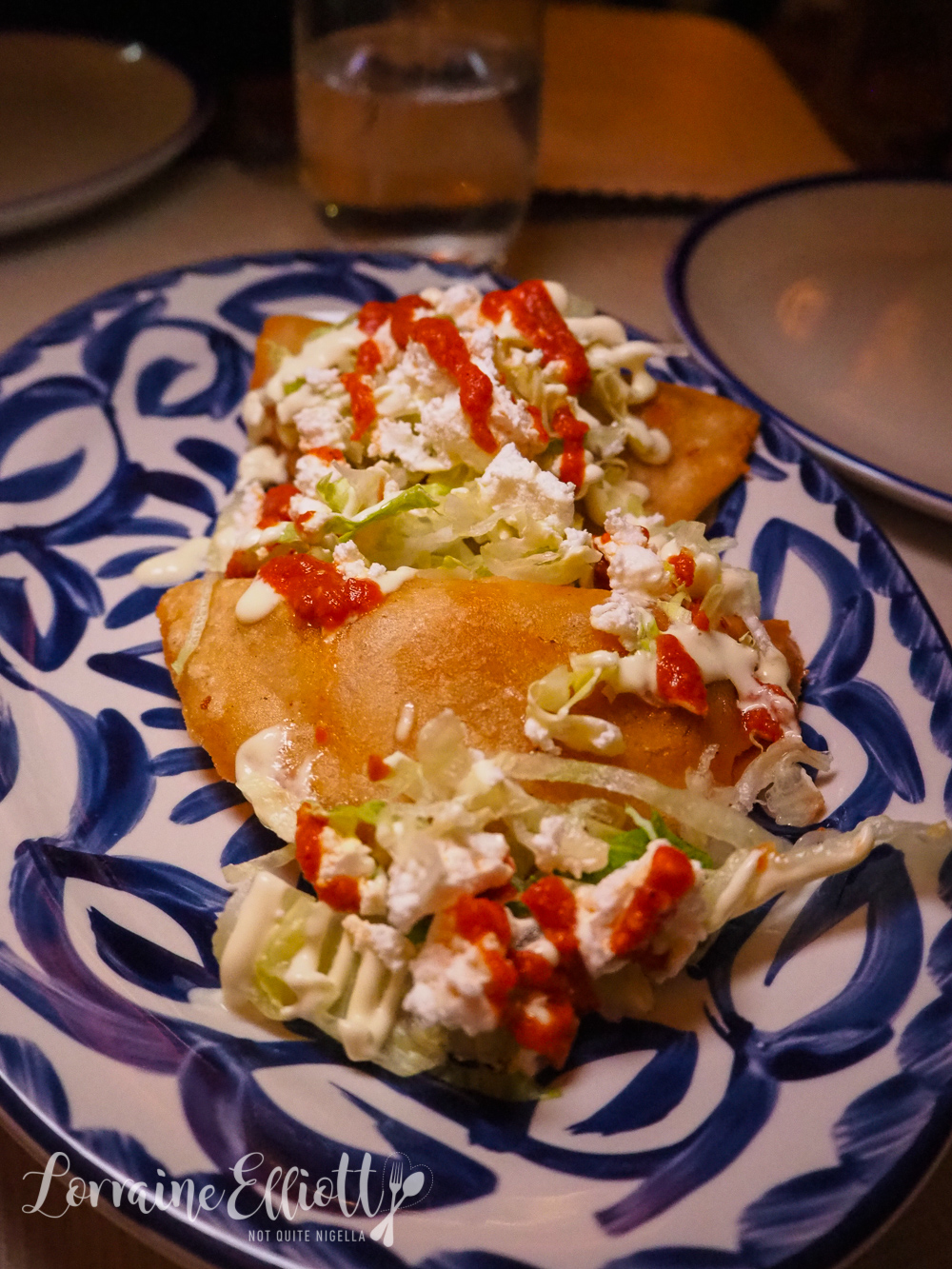 Starter or snack wise I liked the picadillo or minced beef empanadas topped with crumbled queso fresco and shredded lettuce. They are crispy on the outside and soft on the inside. 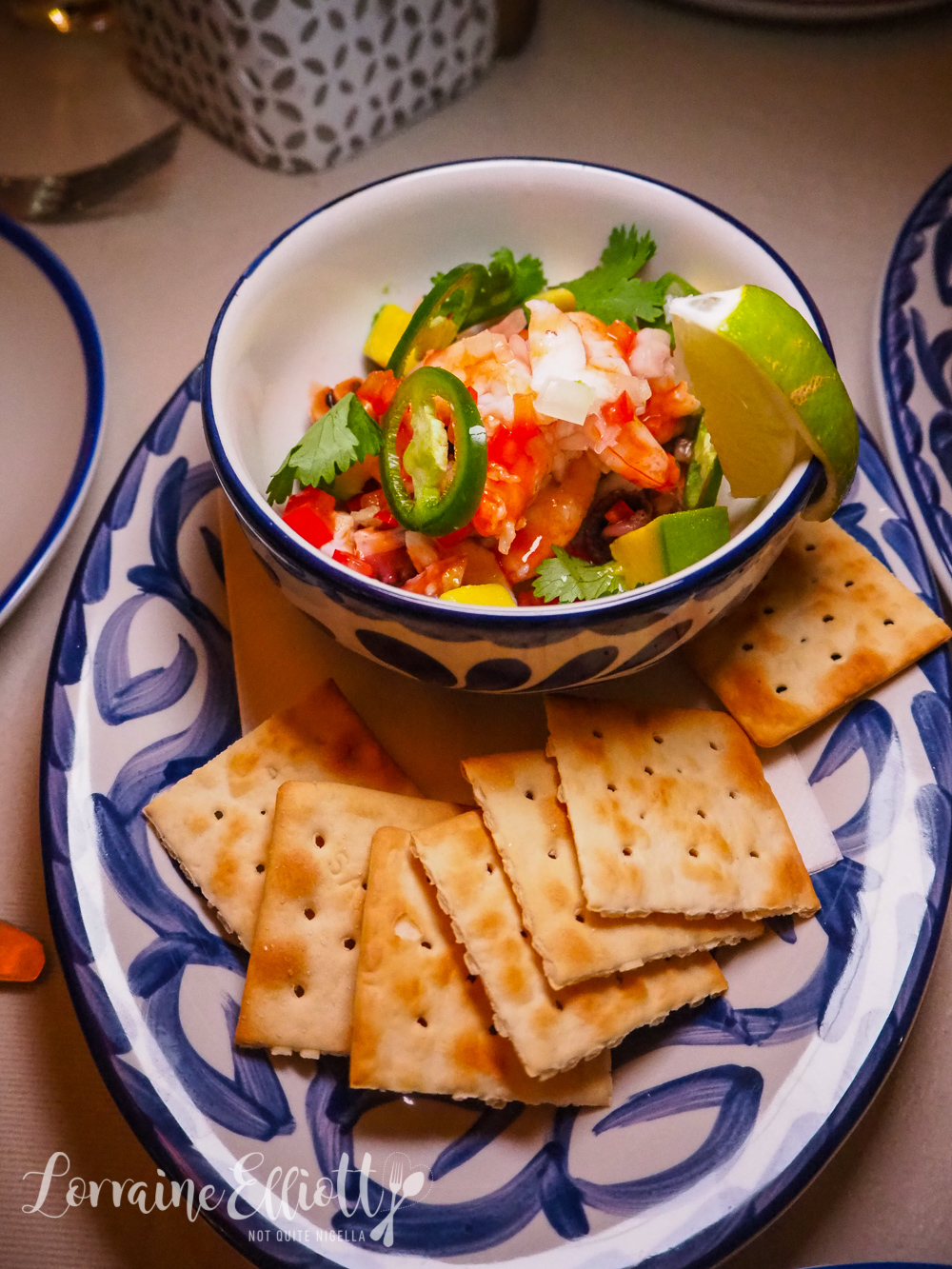 The seafood cocktail salad is a fresh, tangy salad with onion, tomato and lime juices. The seafood mix is fresh and although we know it is usually served with saltines or salada crackers I don't really think the crackers suit it and we're not sure whether to put the seafood on top of the cracker or how to eat it. 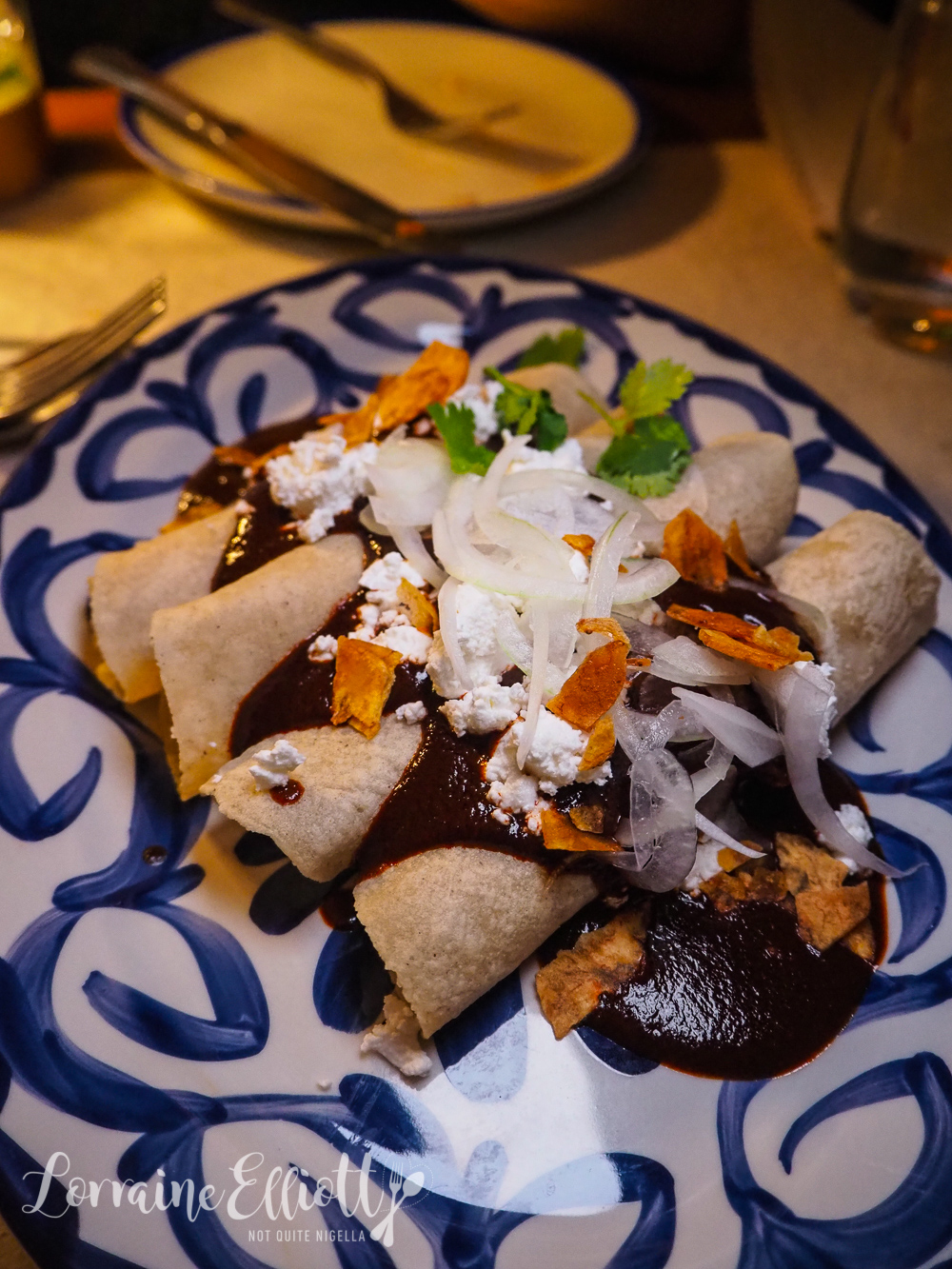 Enmoladas are the name for enchiladas served with mole. They're rolled tortillas filled with shredded pork with a mole negro. Both Kristie and I think back to all the moles we tried in Houston and while some people just consider it a "chocolate sauce" it has so much more depth of flavour in it. 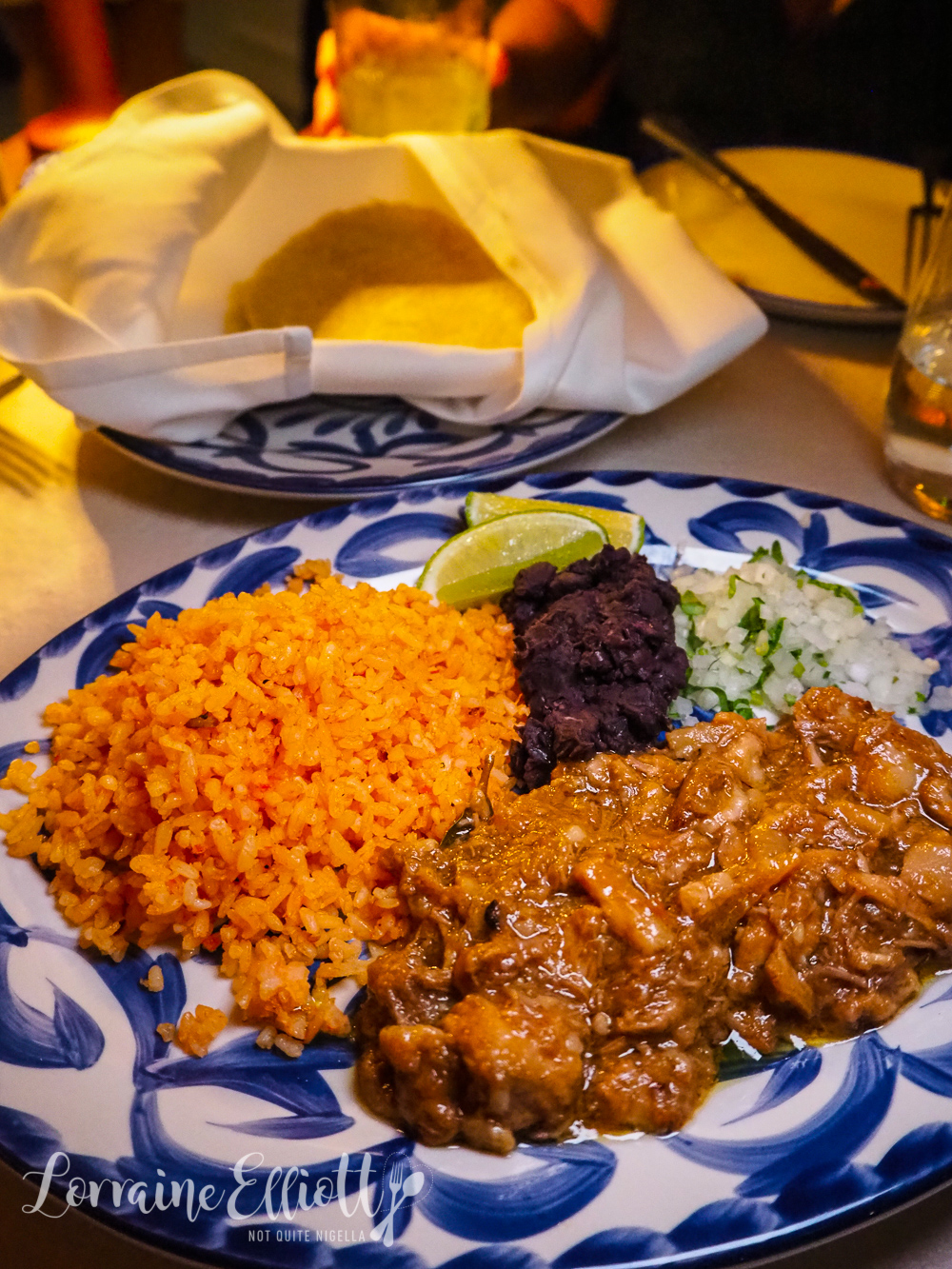 Probably everyone's favourite dish is the carnitas tortillas that comes out on a plate along with a steamer of corn tortillas. The pork is sweet and is served alongside red rice refried beans, diced onion, coriander, lime and salsa verde. I loved the flavours in combination here and the piquant herby sauce that lifts it.

I know you're going to be disappointed but we didn't order dessert. By that time sweet toothed Mr NQN had left to pick up Mochi from my mother and we were so full. There is tres leches cake, polvorones cookies, bunuelos and flan on the menu. Perhaps another time!