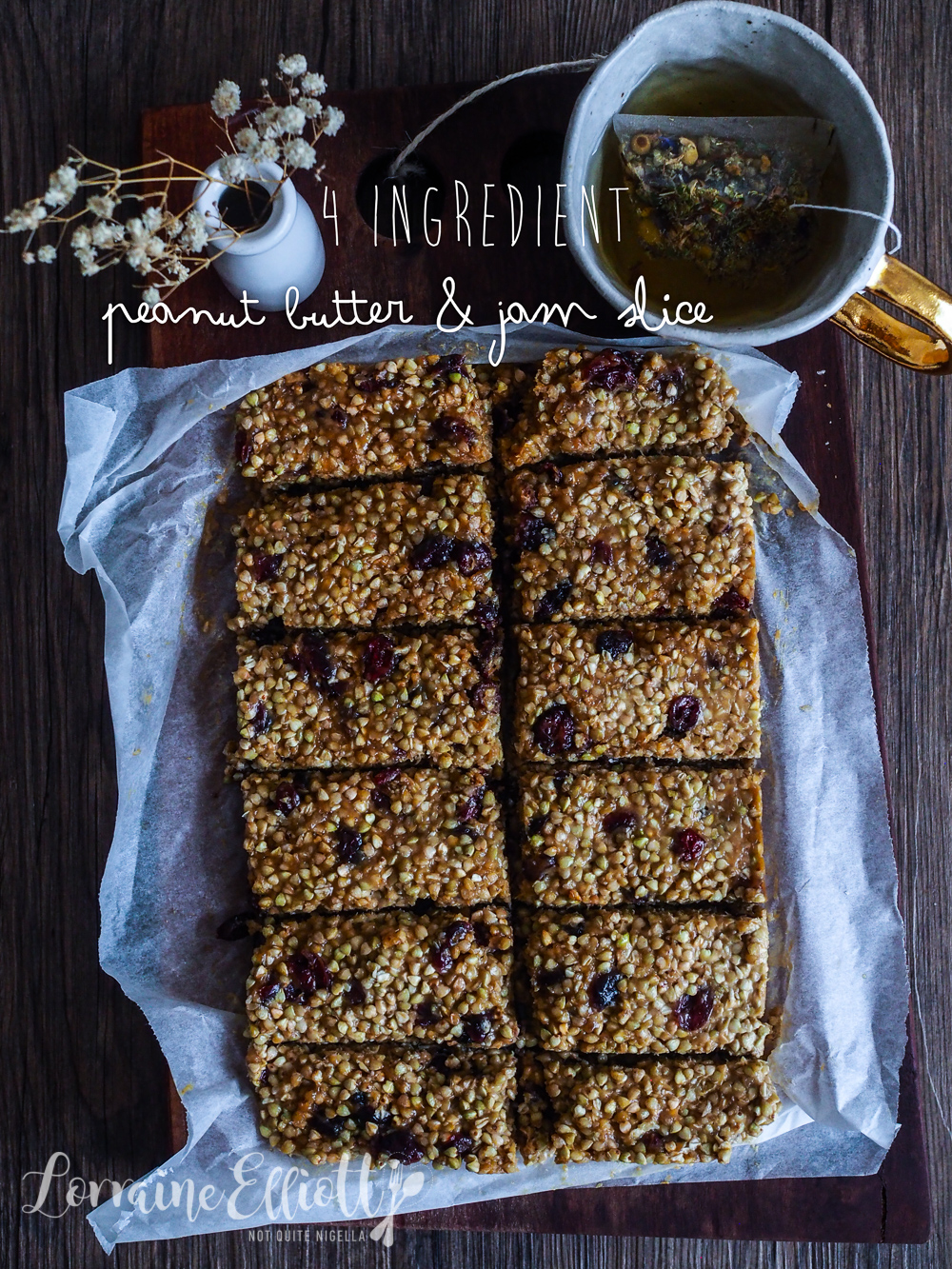 A few days ago I visited a healthy cafe and fell in love with a peanut butter and jam slice that used cranberries in place of jam. It was so tasty that I couldn't stop thinking about it (and that rarely happens with "healthy" food). Wanting to eat it again, I decided to try my hand at making a similar, albeit simpler slice. And then it was born: the utterly moreish four ingredient peanut butter and jam slice!

These PB&J slices do come with a warning because even though you may be like me i.e not a healthy eater, these are so good that you may not want to stop. I used buckwheat kernels or groats as my base. I received a bag of these along with some spelt flour and emmer flour from Bio-Oz in Parkes. Despite the name, buckwheat is not a grain and is actually gluten free. It's actually a fruit seed related to rhubarb and sorrel. 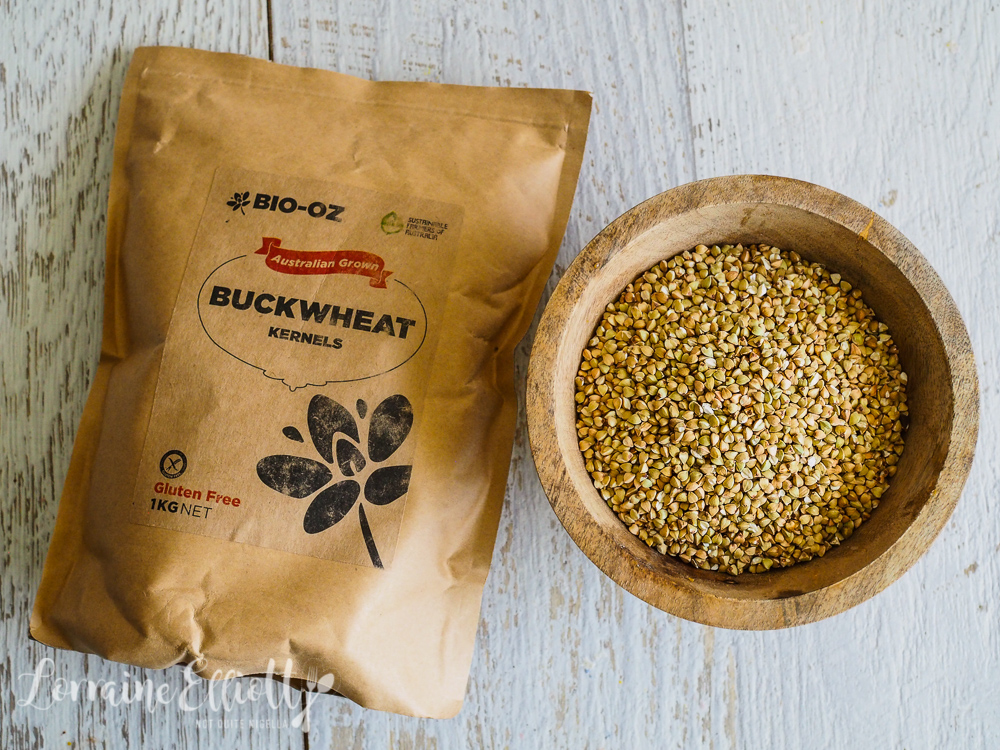 We've perhaps tried savoury crepes, blinis or soba noodles made with buckwheat flour. Buckwheat groats, kernels or kasha are usually eaten as porridge and are even better sources of resistant fibre than the flour. And the pyramid shaped kernels are great to work with as you can eat them raw, cook them up as a porridge (although cooking them does take a while) or just toast them for a nutty texture plus they are inexpensive. They also contain 11% protein and smell like peanuts so they're just about perfect for this recipe!

I deliberately left coconut oil out of this slice because I find that while it does help slices set hard, the flavour is quite strong and all I wanted to taste was peanut butter. It also adds calories and fats to the slice but feel free to add 1/2 cup of coconut oil to the mixture if you need these to set very hard. 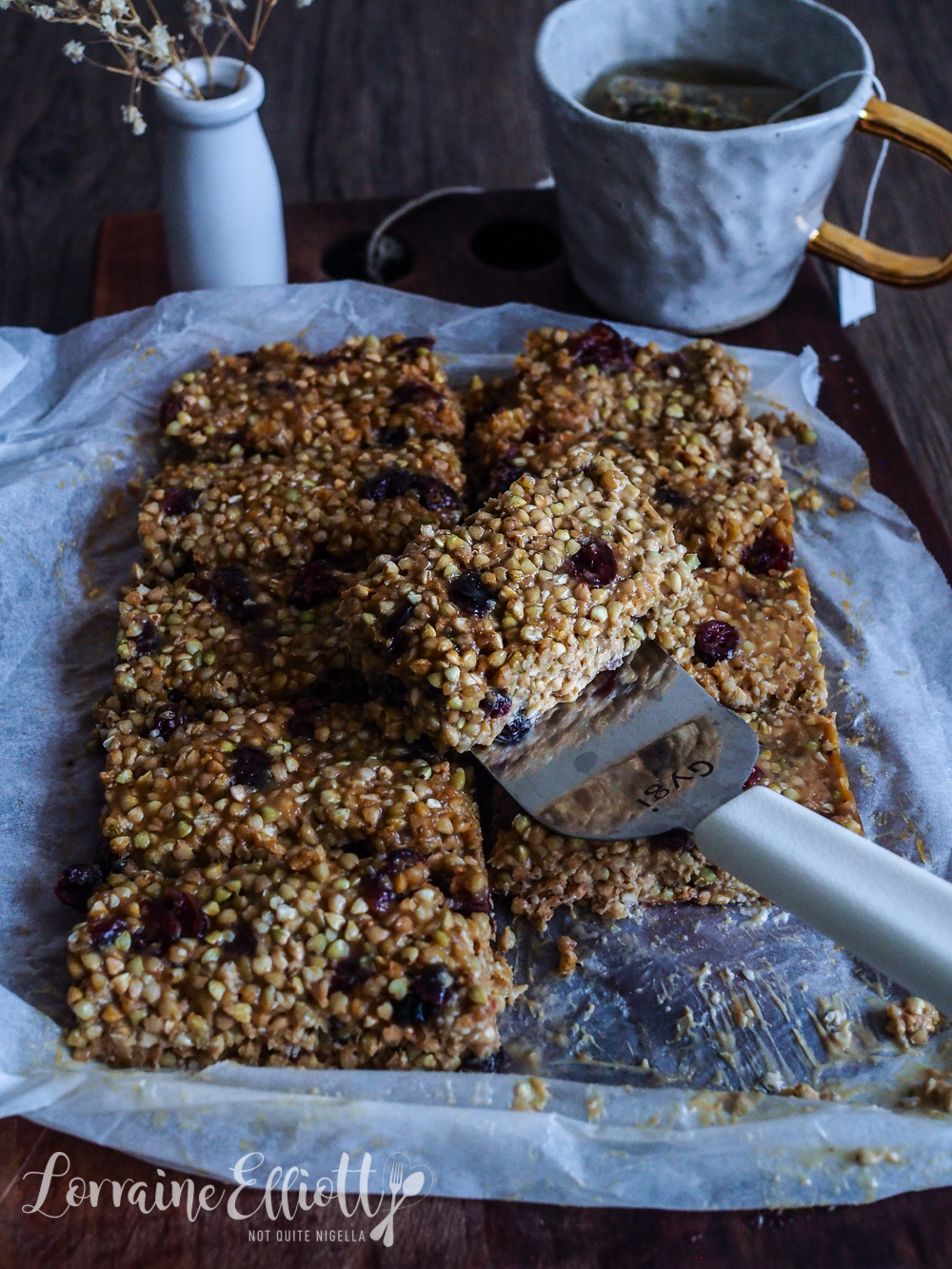 For the uninitiated (bless you) there is a panel of "experts" that match couples apparently for compatibility but really for maximum drama. It's definitely a car crash sort of show where it's hard to look away but at the same time you wonder if it is staged (probably) and whether they are actors (probably).

This season there has been a lot of partner swapping and they've upped the ante by throwing a sociopath into the mix who combines a mix of viciousness and bewildering cluelessness. There's a lot of dermal fillers, huge sea cucumber lips, someone that I'm sure is an alien who brushes his teeth like a serial killer, a classic chauvinistic douchebag from another century and someone that is so afraid of vaginas that he claimed an apartment to be possessed so he could flee.

I tried so hard to resist for half a season before I succumbed to the lure. Every night it was on I watched the show with my jar of peanut butter shouting at the screen or rolling my eyes. The show does make you worry about humans and also secretly glad that you're not single. The peanut butter is there to reassure me that if everything goes bad, there's always delicious food.

So tell me Dear Reader, do you have your own personal jar of peanut butter or Nutella? And did you watch Married At First Sight and what were your thoughts? Did you have any favourite or least favourite people? And have you cooked with buckwheat much? 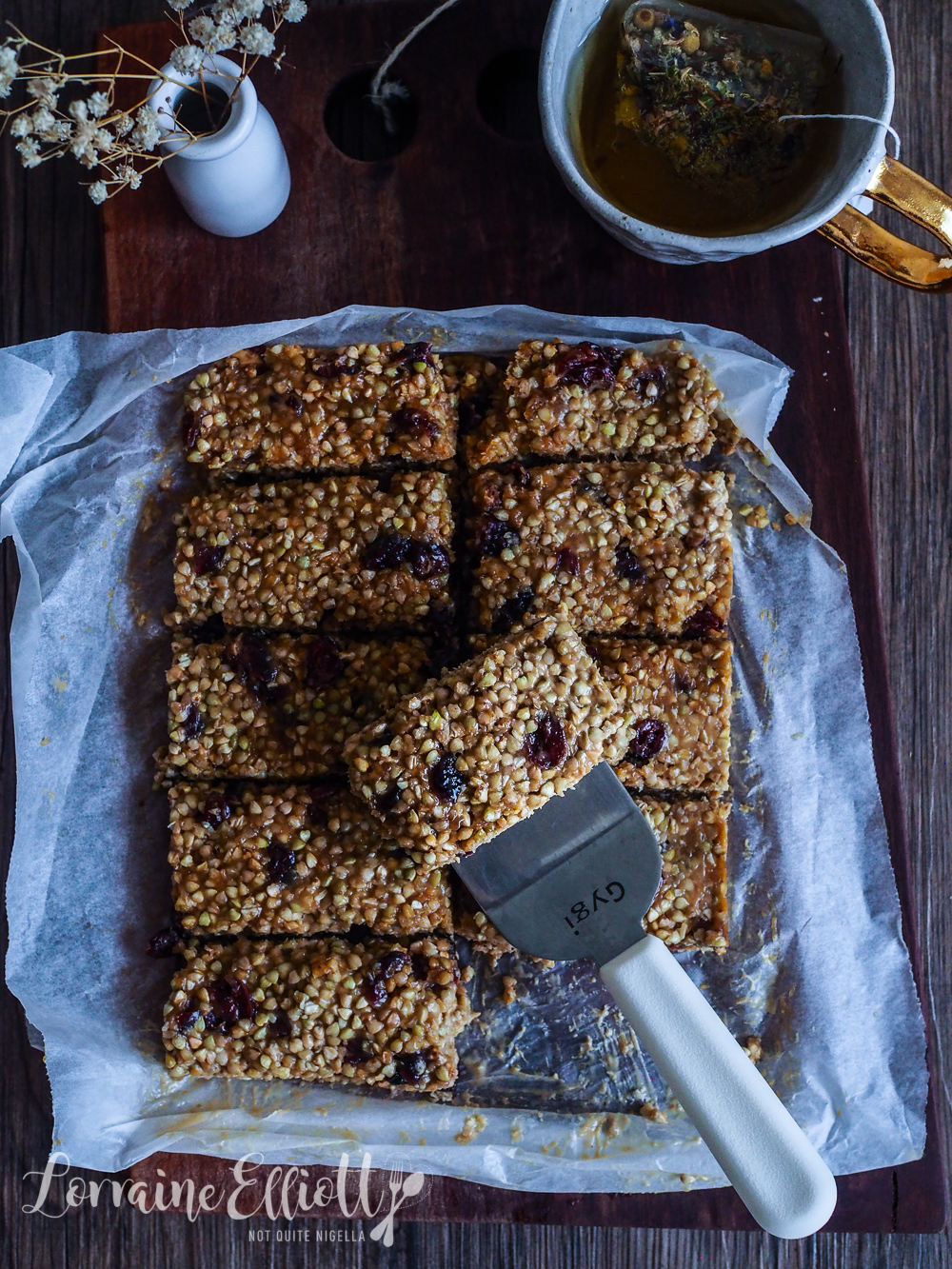 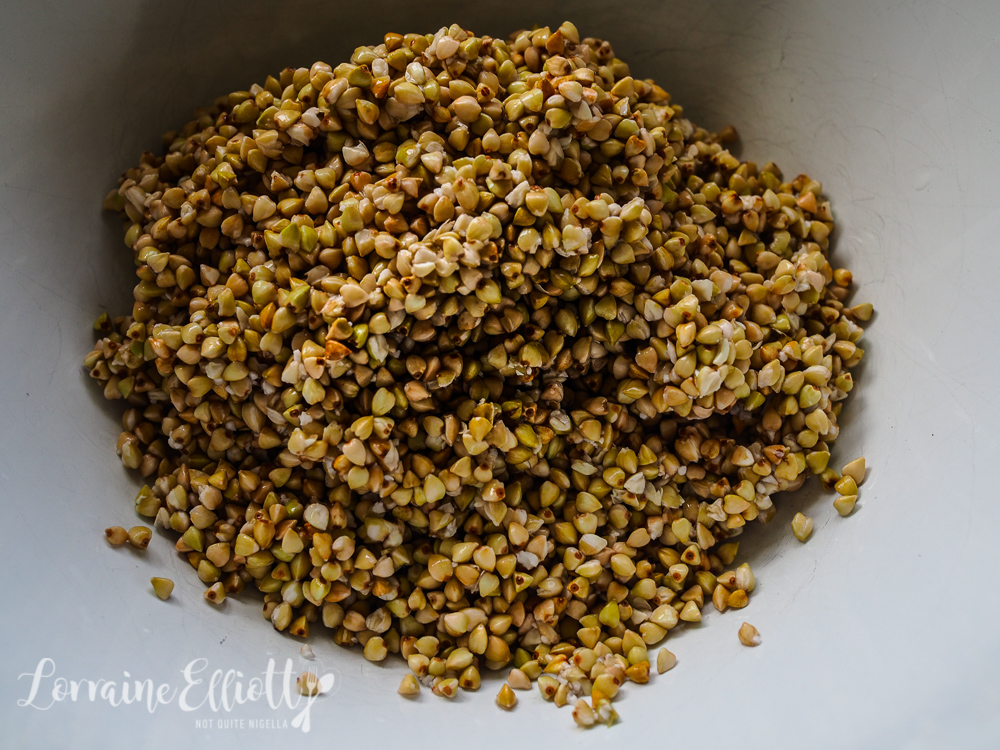 Step 1 - Soak the buckwheat kernels in water for an hour. They will expand and get slimy-don't worry this is totally normal. Place in a fine sieve and rinse under a running tap and try and dry these as best as possible. I placed them on three layers of paper towels to absorb the excess water. 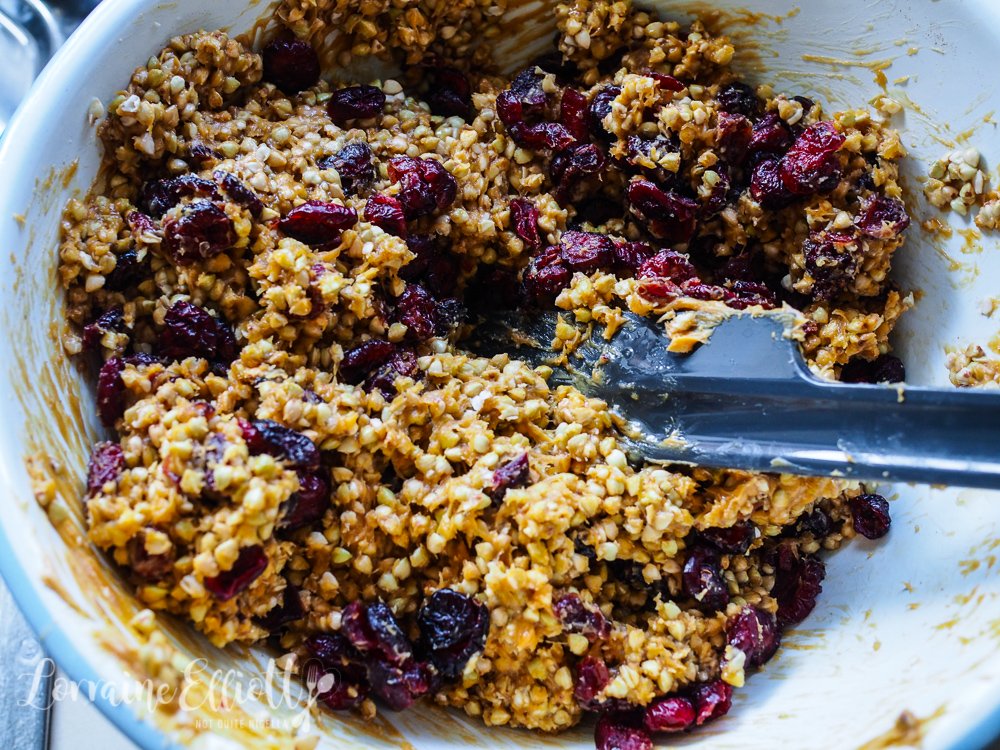 Step 2 - Line a 26x17cm lamington tray. Mix the kernels with the peanut butter, cranberries, maple syrup and salt. Press into the lined tray and refrigerate until firm (I refrigerated them uncovered overnight). Cut into slices. 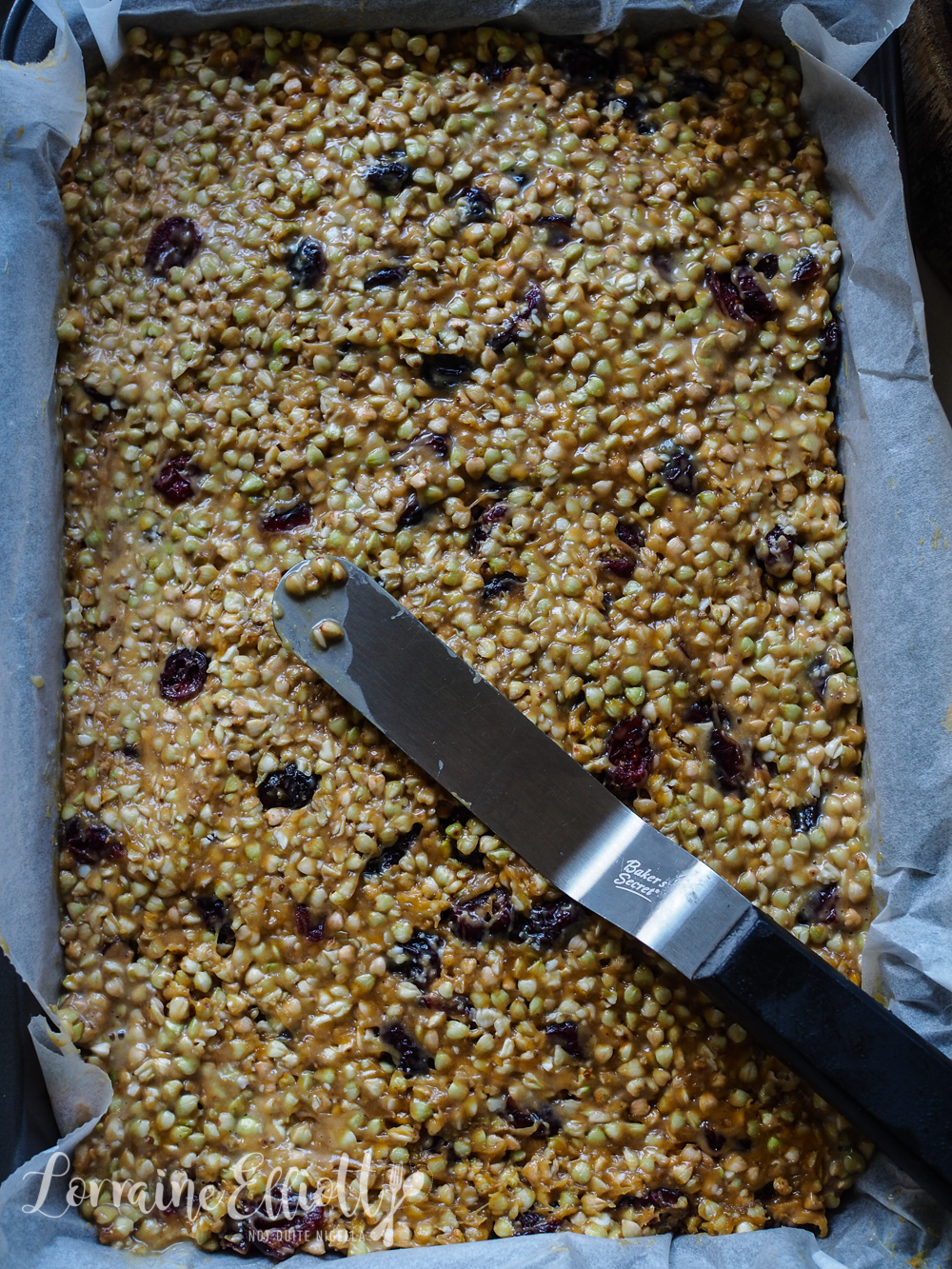