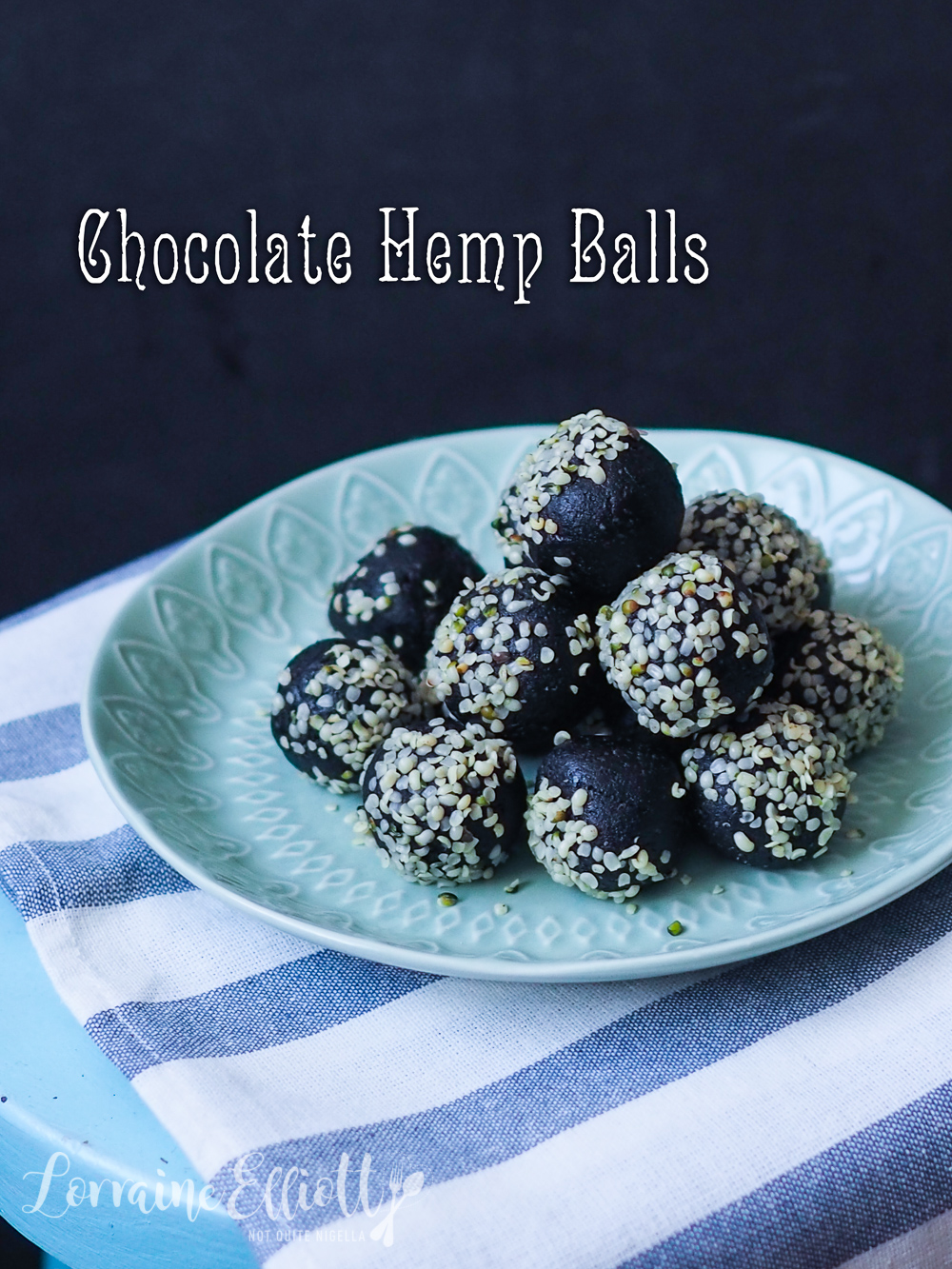 Now that hemp has been legalised to be sold as food in Australia, you can make the most of this superfood! Forget any preconceptions you have with superfoods or hemp. Hemp protein powder and hemp protein seeds are deliciously nutty and high in plant protein as well as Omega-3 and Omega-6 essential fatty acids and 20 amino acids. And these chocolate hemp balls taste exactly like cake pops!

When hemp became legal in Australia on November 12th 2017, I was in the throes of Christmas so I bought some and then kept it in the fridge thinking that I would deal with it later. Now that Christmas seems like it was months ago (how does time do that?) I decided that it was time to get to know hemp a little bit better. 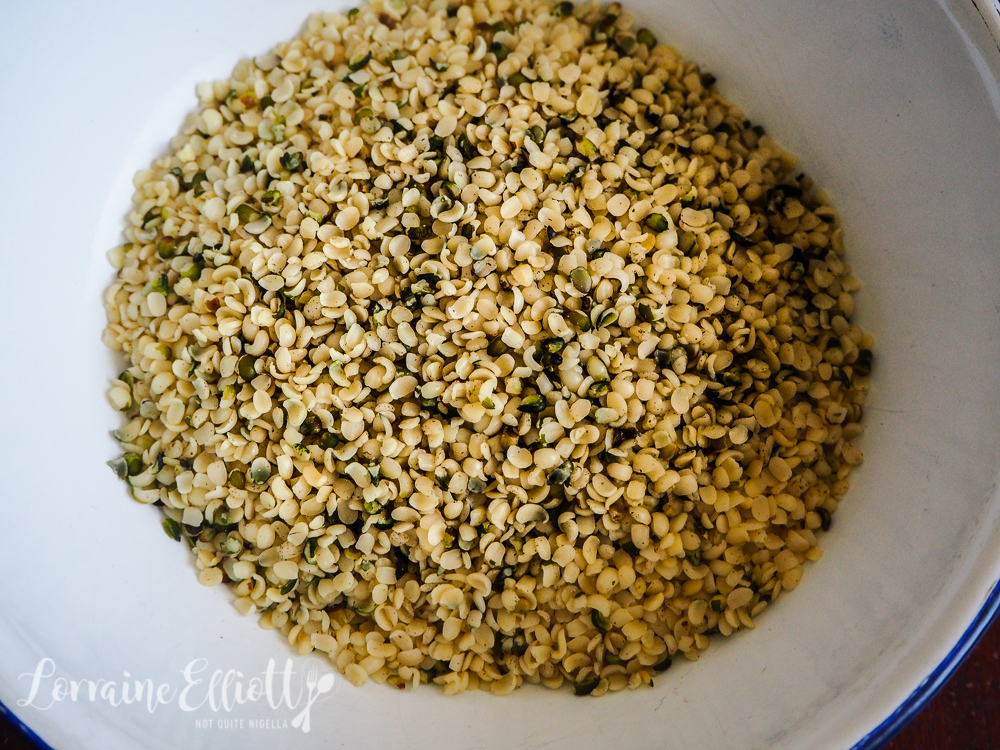 You probably have the same questions I do. So what is food grade hemp? It's actually low-THC hemp. THC is tetrahyrdocannabinol or the psychoactive (mind altering) chemical compound of marijuana. So there's no getting high from food hemp as it contains less than 0.5% of THC. It is said to be impossible to return a positive drug test after consuming this which was one of the main concerns about legalising it.

Hemp seeds hearts resemble cooked quinoa and they contain around 25% protein which is better than quinoa. In terms of taste, hemp seeds remind me of sunflower seeds but with an entirely different texture. Hemp protein powder is even easier to use and it can be easily added to so many types of recipes. It will however colour the items a khaki green depending on how much you use in the recipe. Hemp is best stored in cool, dark conditions. I keep mine in the fridge or freezer, depending on space available. 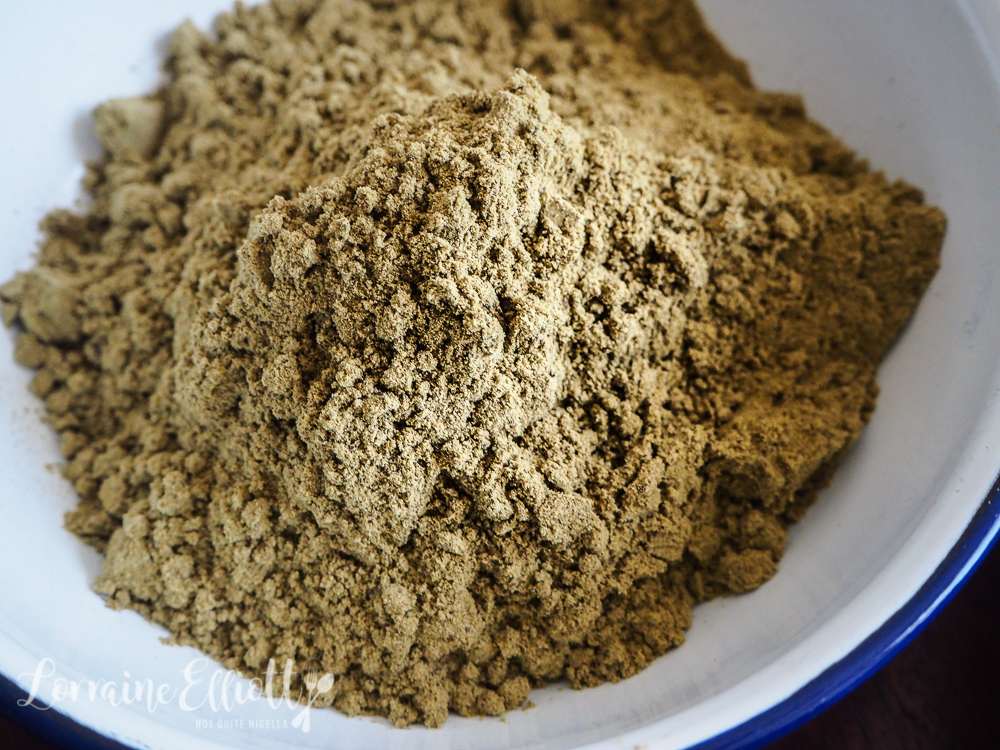 Hemp is also said to be a environmentally friendly crop using little water to grow and also helping farmers with farm management as a rotational crop between seasons and it also helps with weed resistance.

But I'm getting sidetracked here because this recipe is for these amazeballs because how a food tastes is the most important thing to me. And I promise you that these chocolate hemp balls are delicious. Any health benefits are purely coincidental. They're like a chocolate cake pop. Coat them in chocolate for a richer, fudgier treat or eat them as they are. 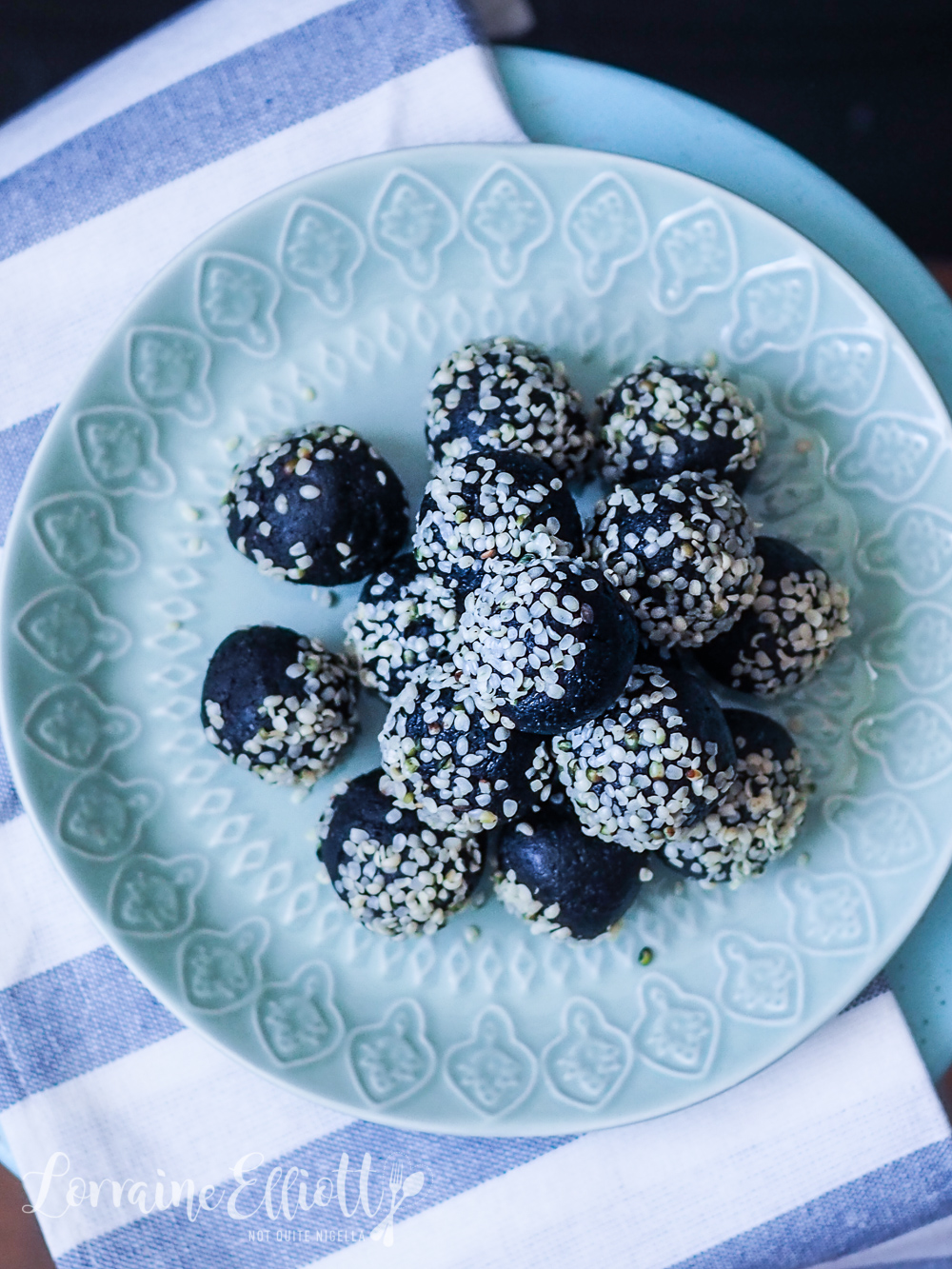 Speaking of hemp or pot, a few days ago we went to our friends Ivy and Ryan's house for a party. Also stopping in were mutual friends Louise and Viggo who have been a bit absent recently because they just had a baby. Louise and Viggo had just come back from her family's farm and picked some vine leaves from the vineyard. She brought some back for me to play with and stowed them in Ivy's fridge reminding me to get them before I left. I completely forgot and it wasn't until the next day that I remembered the vine leaves.

I messaged Ivy to see if I could come and pick them up. She answered back straight away. "I was wondering what the eff that was! Haha!" she replied. You see she and Ryan had looked into the fridge and spotted the bag. Then opened it up and peered inside.

"I don't know, it could be..." she replied before they both closed up the package and shoved it back in the fridge, waiting for the pot owner and party guest to come and claim it.

So tell me Dear Reader, have you ever tried hemp? Would you give it a go? Are you interested in superfoods? 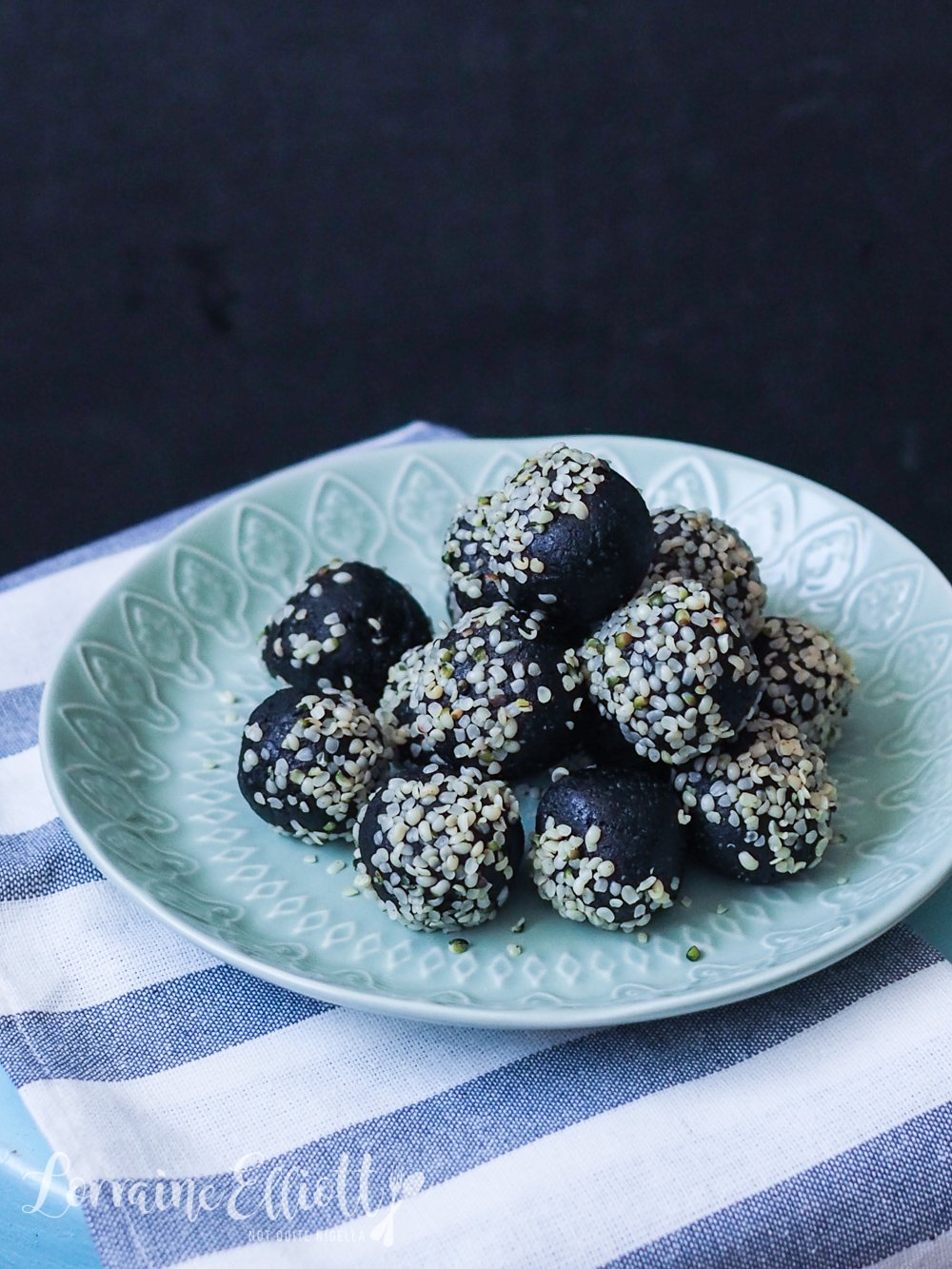 Makes around 12-16 balls depending on size

Buyer's tip: hemp protein powder and hemp seeds can be found at health food stores or those "scoop" stores where you can buy nuts and flours by the weight. 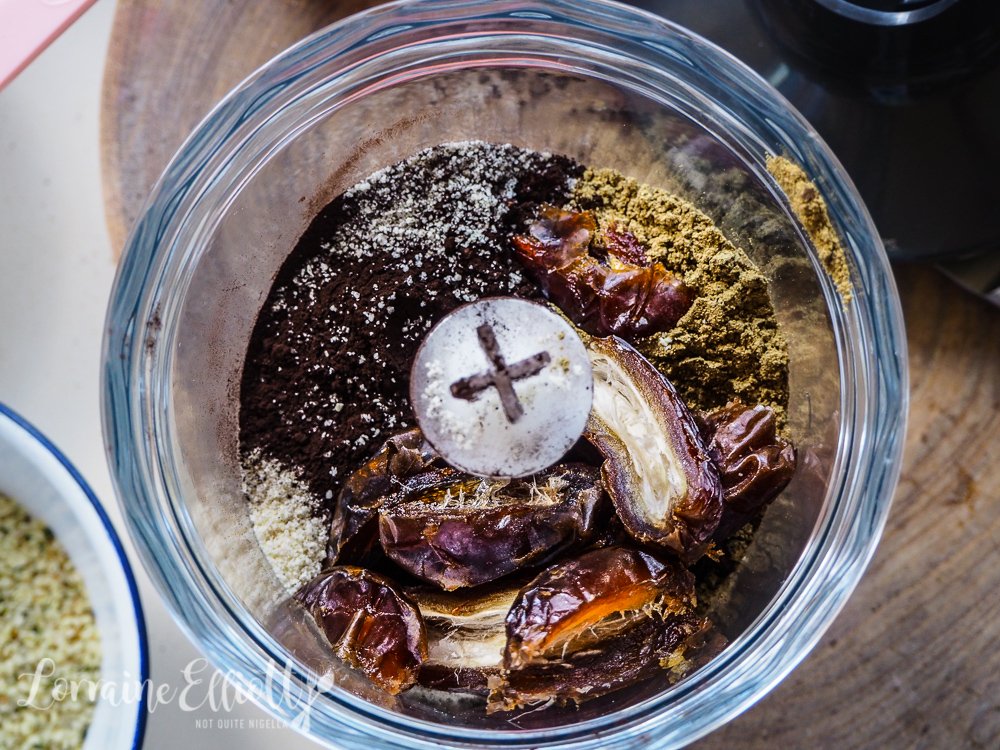 Step 1 - In a food processor, blend the almond meal, cacao powder, hemp protein powder and dates until you get a fine powder. Then add the maple syrup, coconut oil and vanilla. The mixture will clump together. 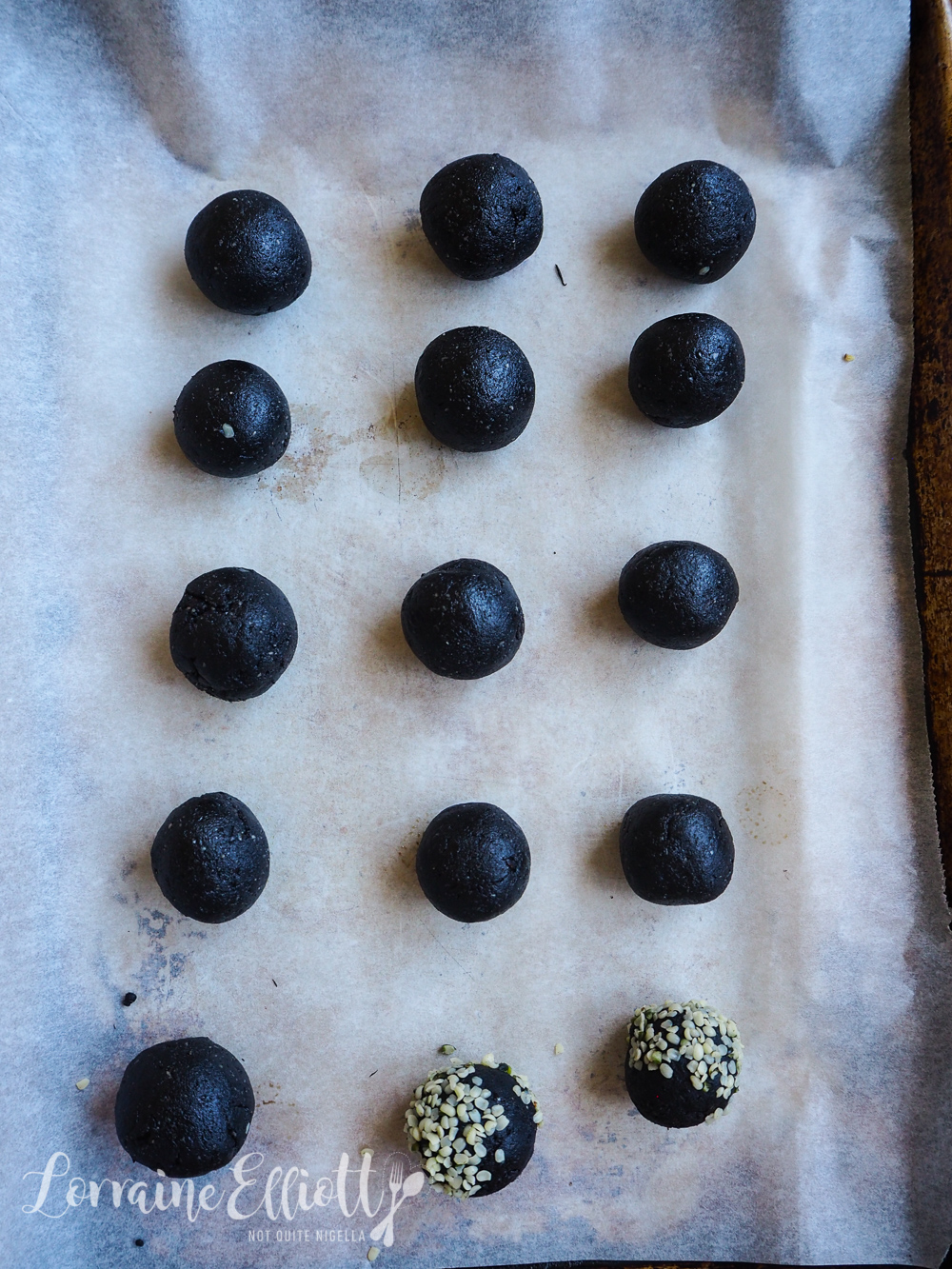 Step 2 - Line a baking tray with parchment and place the hemp seeds in a shallow bowl. Start rolling out the balls in your hands-how many you make depends on how large you want them. Roll them in the hemp seeds. You can store these in the fridge (they can also be stored at room temperature but they are best in the fridge).