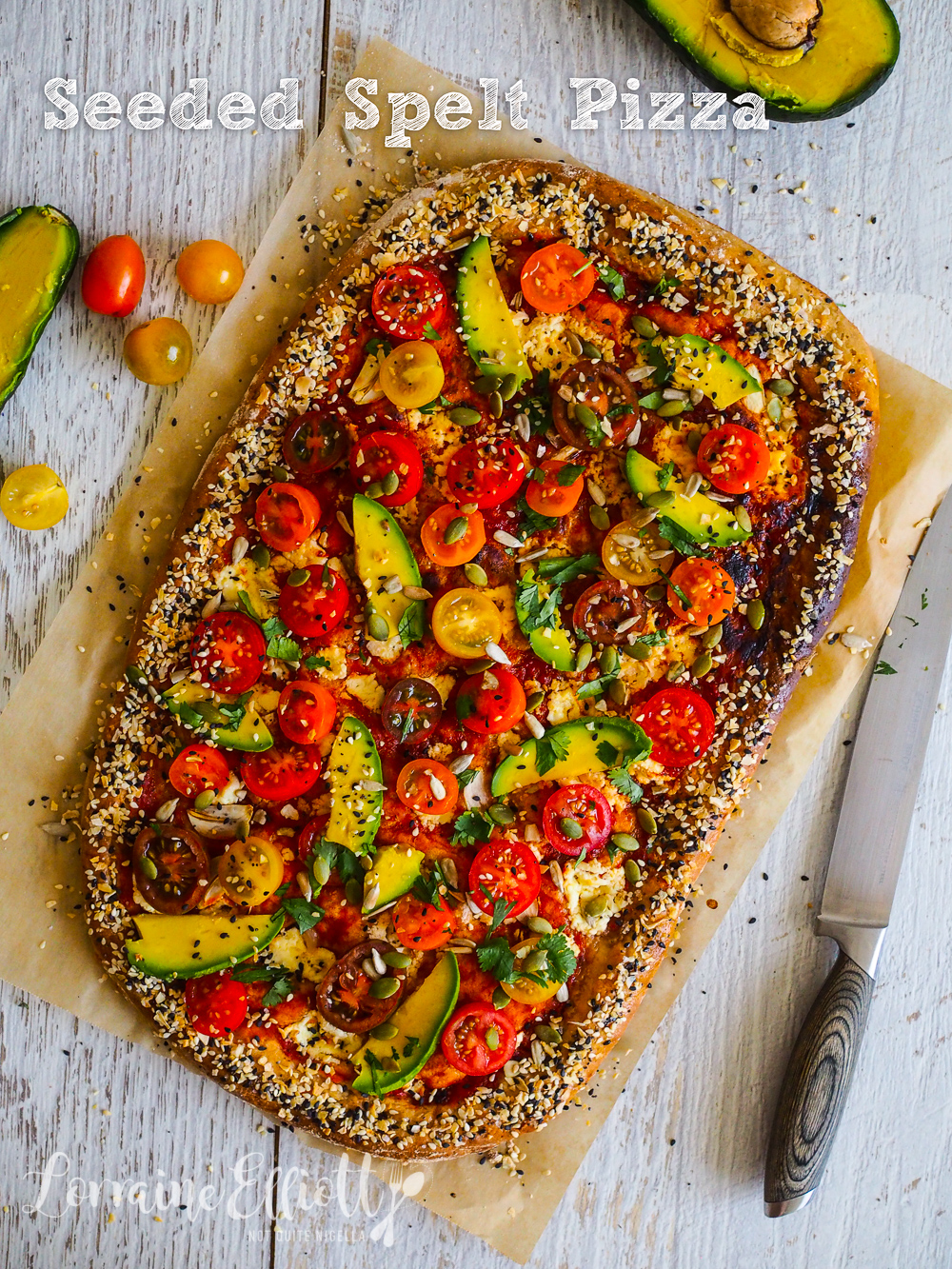 Want to have a home made pizza topped with fresh ingredients, a scattering of nutritious seeds and a spelt dough base? It's easy! This spelt crust pizza crust is topped with Persian feta, fresh sun kissed tomatoes, avocado slices and herbs. The crust is also coated in a delicious seed layer!

I've just recently started experimenting with spelt and emmer flour after being given some flours by Bio-Oz, a company from Parkes in NSW. Spelt is an ancient grain that is popular because it is easy to substitute it with wheat flour. It comes in white and wholemeal varieties and when you mix it into a dough, it has an almost buckwheat or brown coloured appearance and has a nutty flavour.

Spelt also is slightly better for you nutritionally with less calories and more protein. It isn't gluten free however but the gluten in spelt is different so it isn't ideal for dishes that require a high rise and a strong protein structure. The gluten in spelt flour breaks down fairly easily so you need to be careful not to overknead or overmix the dough. 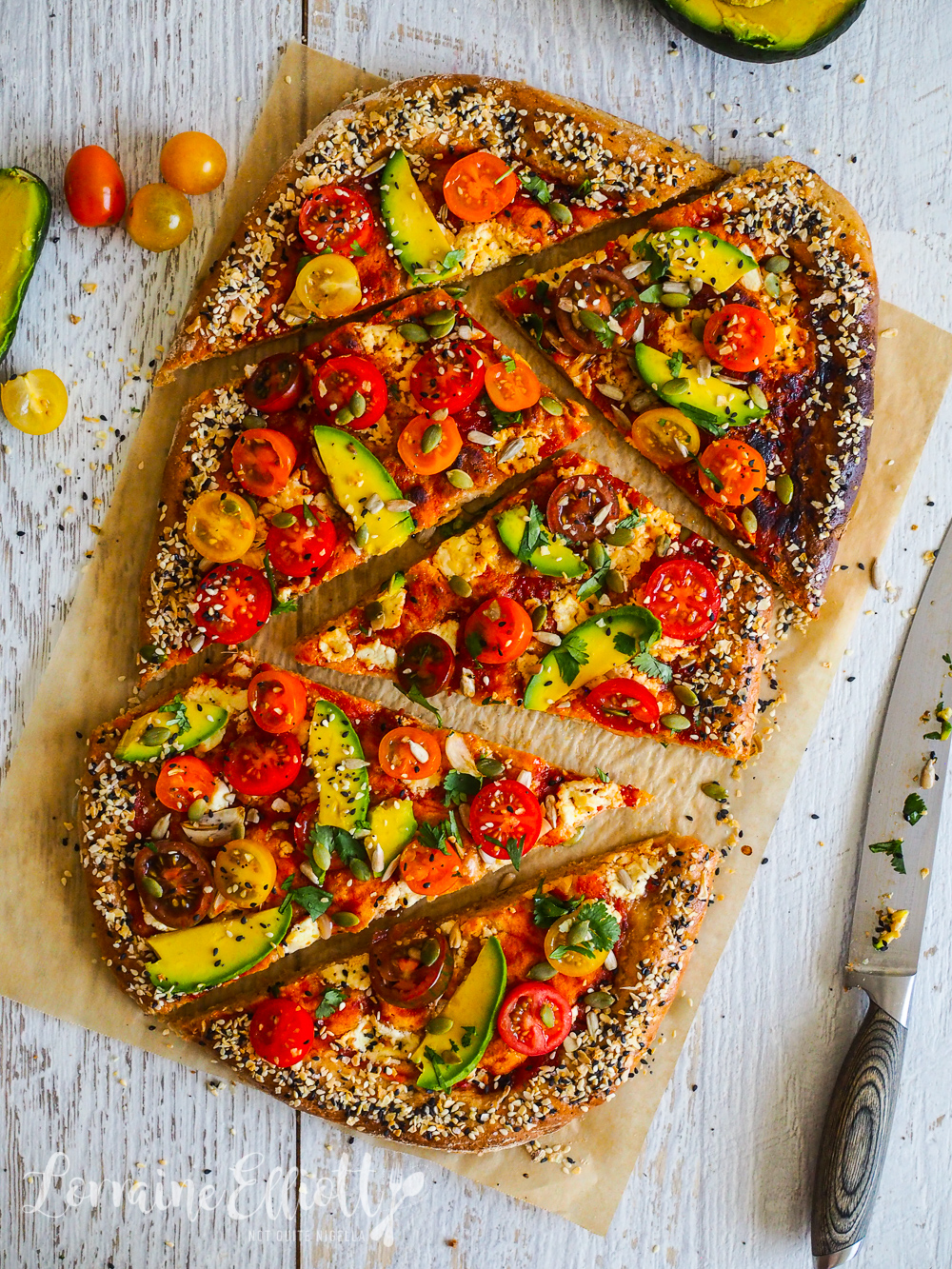 I don't mean to over use the word superfood, I mean there are so many foods that are super and they're the fresh, delicious kind but I've noticed another new term that has really taken over the food and restaurant world. Over the past few weeks there are a lot of new restaurants serving "plant based" food. It seems to differ from vegan in some ways, a term that some may found off putting.

I think a lot of people, myself included are just eating more vegetable centric meals but not completely cutting out. And there are even some plant based restaurants that have a protein section to them. As long as the food is tasty I love the idea because quite honestly I've had some terrible meals at strict vegan eateries and if I can eat more tasty plant based food then I'm happy.

I added the seeds from my Everything But The Bagel seasoning mix because Mr NQN refuses to eat crusts whereas I love the puffy crust. This way, he ate the crusts happily. The tomatoes and the avocado were added after the pizza was cooked to keep them fresh and while this won't pass any Italian tests for pizza, this passed all the tests when eating! 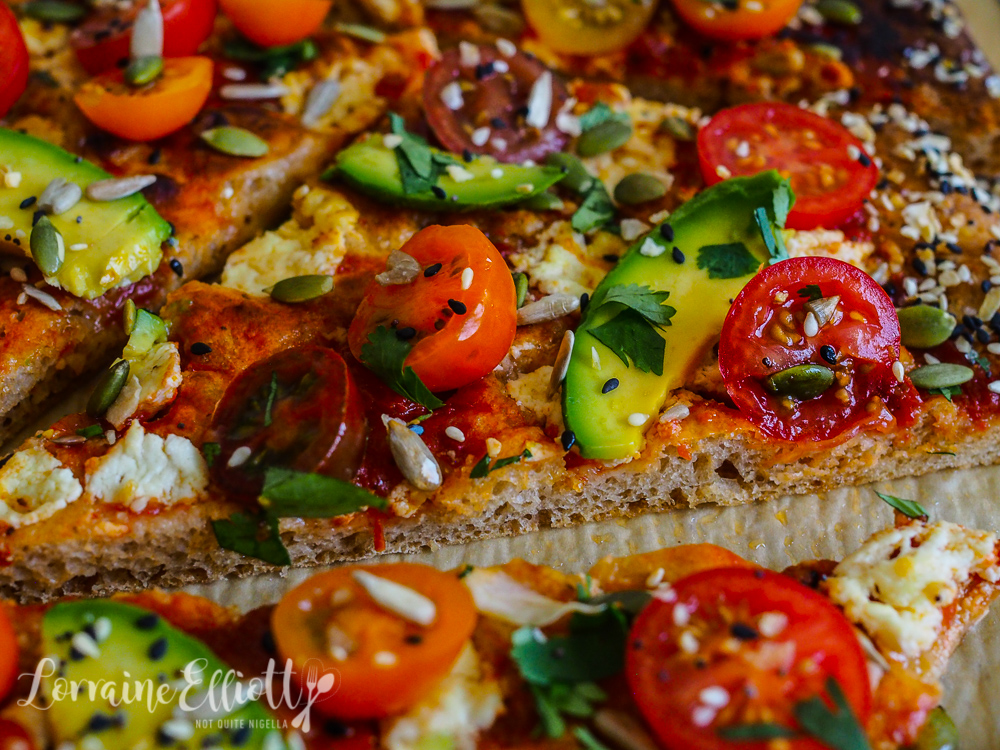 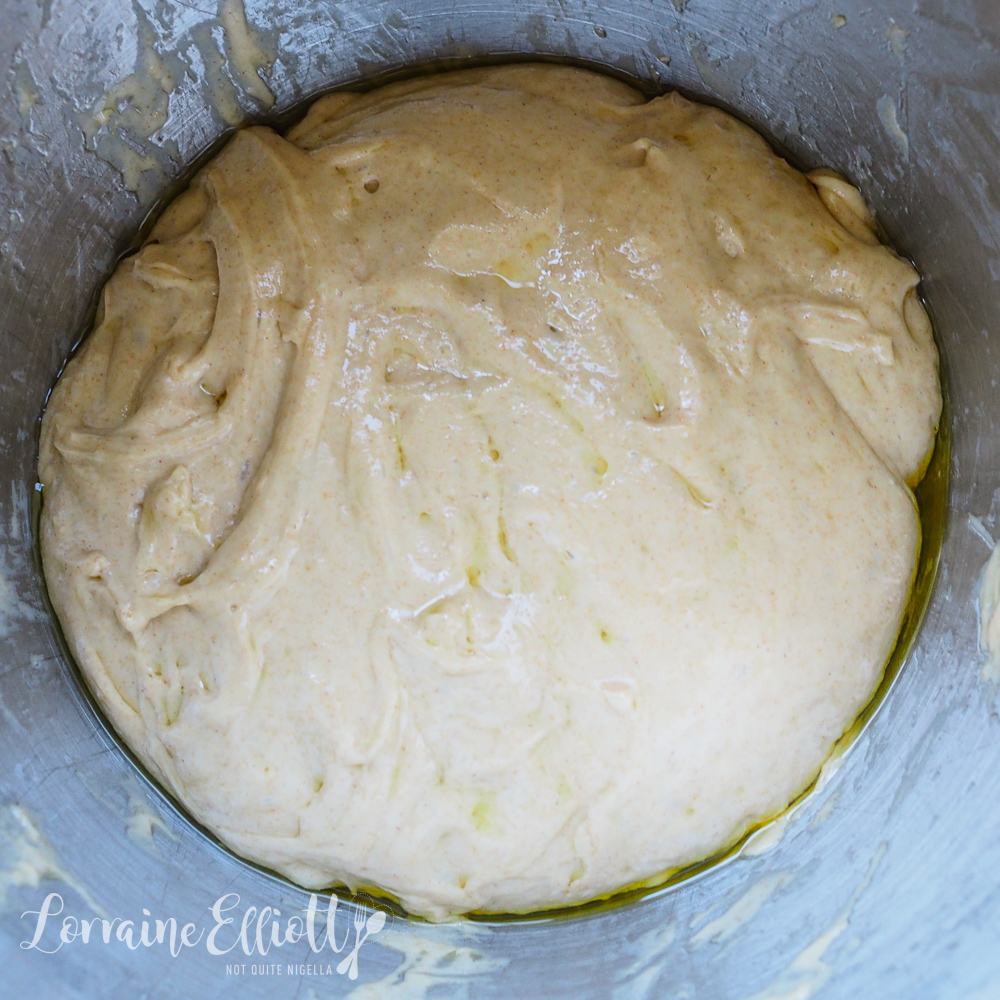 Step 1 - Mix the flour, yeast, sugar and water together. Then knead by hand until elastic (I knead it with a dough hook with a mixer)-it won't need as long as wheat flour. Oil a large bowl and shape the dough into a ball. Place in a warm area and cover with cling film and allow to rise for an hour. 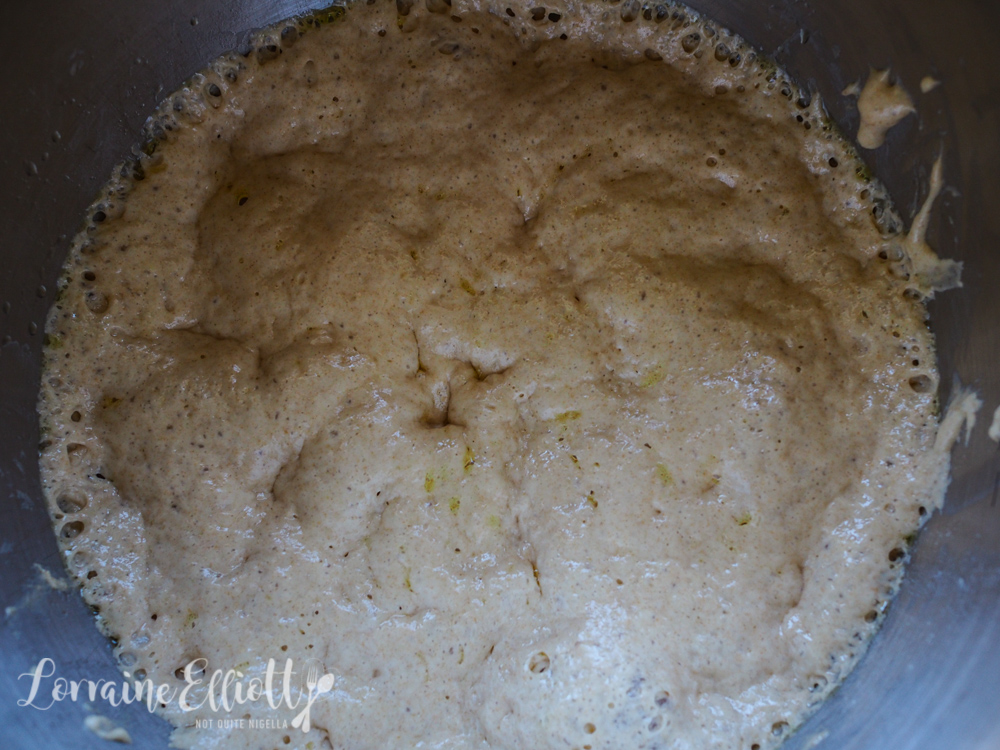 Step 2 - Preheat oven to 210C°/410°F and line a baking tray with parchment. Shape a pizza-mine was an oval and make a high side. Brush the entire base of the pizza and sides with the oil and then sprinkle the bagel seed mix on the sides. Spread with the pizza sauce and top with cheese and garlic slices. Bake for 15 minutes. Top with tomatoes, avocadoes and herbs. 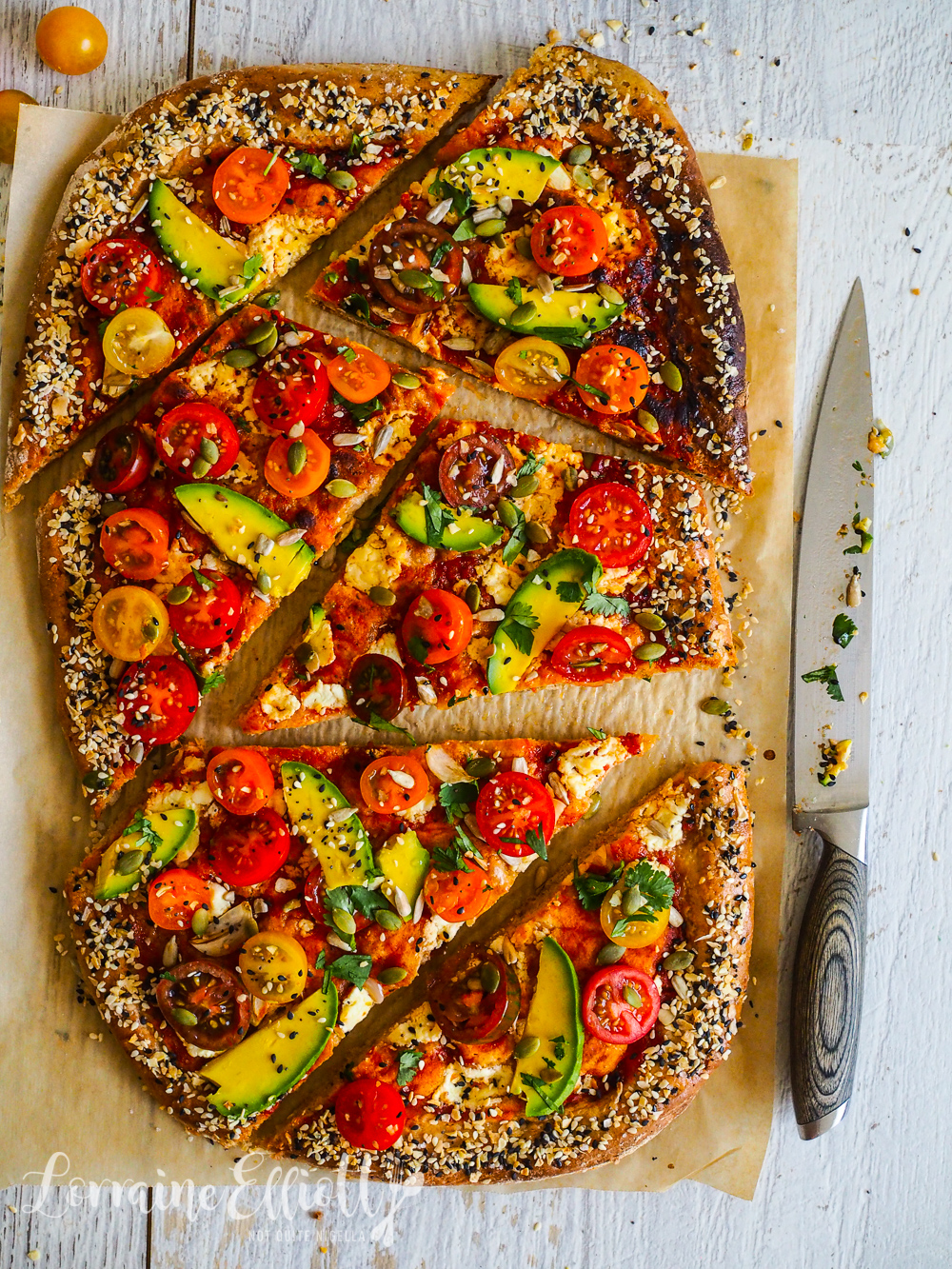