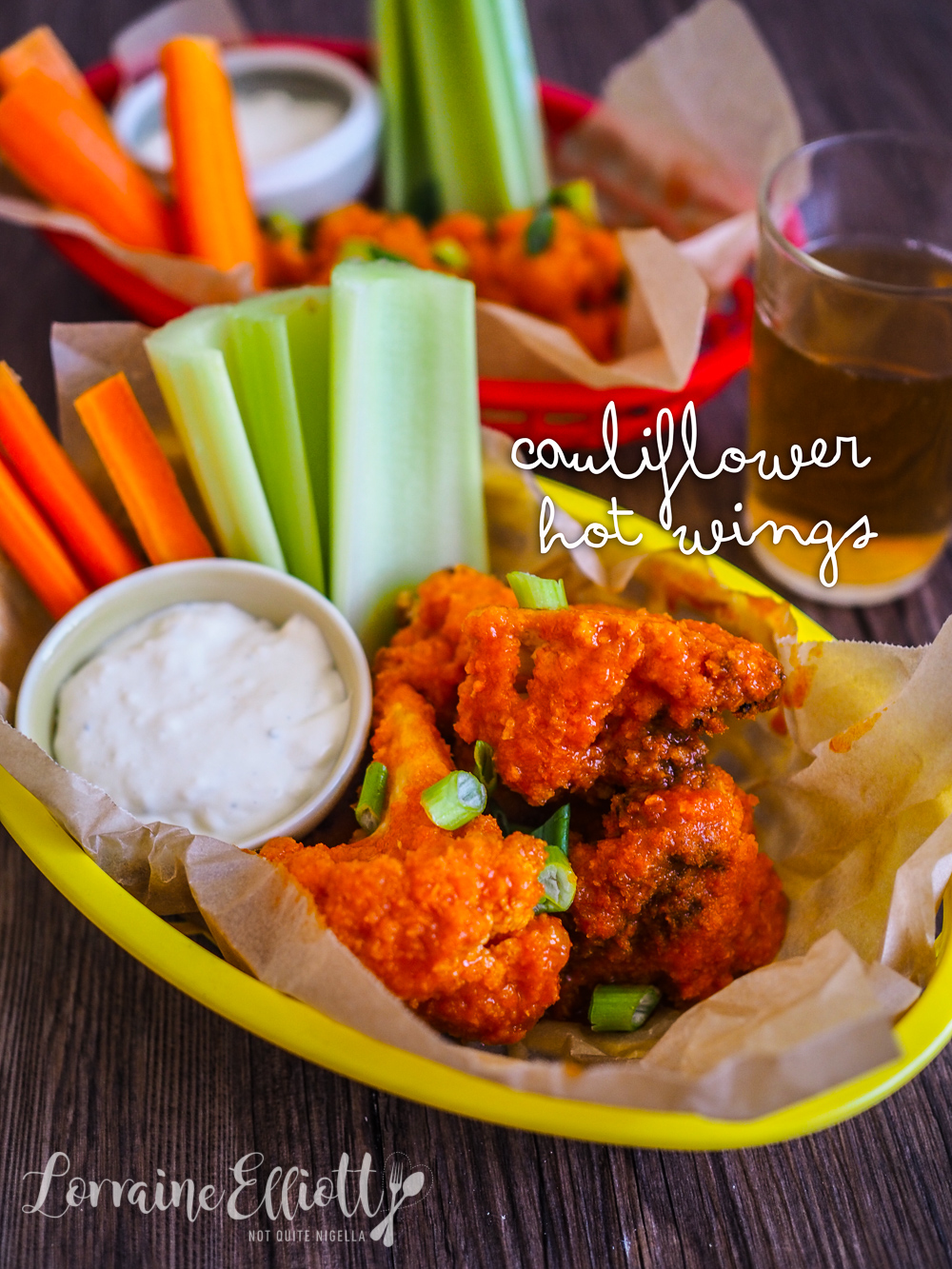 Love hot wings but want to make them a bit healthier? Give these cauliflower hot wings a go! Made with cauliflower instead of chicken wings these babies are also baked and not deep fried. They are dipped in a honey buttered hot sauce and then served with a cooling blue cheese dip. And these come with a warning-they are most definitely a pushy recipe!

I'm rushing this recipe through because after I put these on Instagram stories I got about a dozen messages asking me when the recipe was going up. Some people were hoping for it on the day. And I was too busy eating a dozen of these "wings" to even consider putting them down and typing the recipe up they're THAT good. 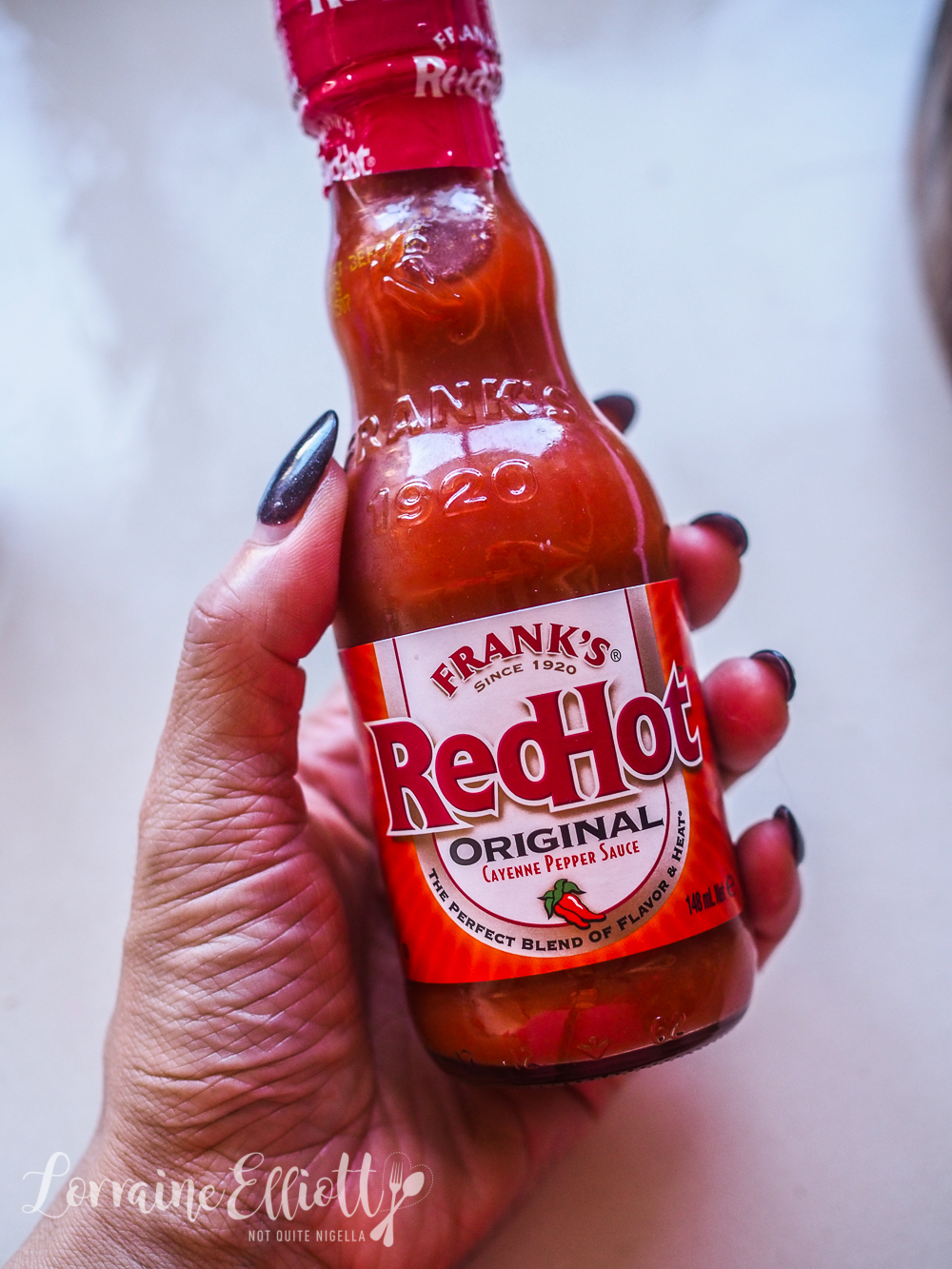 This may sounds onerous with three components needing to be made but they're actually very easy and fast and the sauce and dip can be done while your "hot wings" are baking. The blue cheese sauce is just everything whizzed in a food processor while the hot wing sauce is three ingredients simmered in a saucepan for less than 10 minutes. You will need Frank's hot sauce for this, because I've found that whenever you make hot wings, people will inevitably ask if its made with Frank's hot sauce. It's like people that you don't even know will pop up and ask "Is it Frank's?". And no this isn't an ad for Frank's hot sauce.

Speaking of Frank's, Nina recently recommended a show to me called Grace and Frankie. It's where two women (played by Lily Tomlin and Jane Fonda) are left by their husbands who are in love with each other. She did warn me that there were parallels between Garth and Mr NQN who have a strong bromance going on. The two men are very similar - nerds who love sport and Ingress and they message each other all day long. 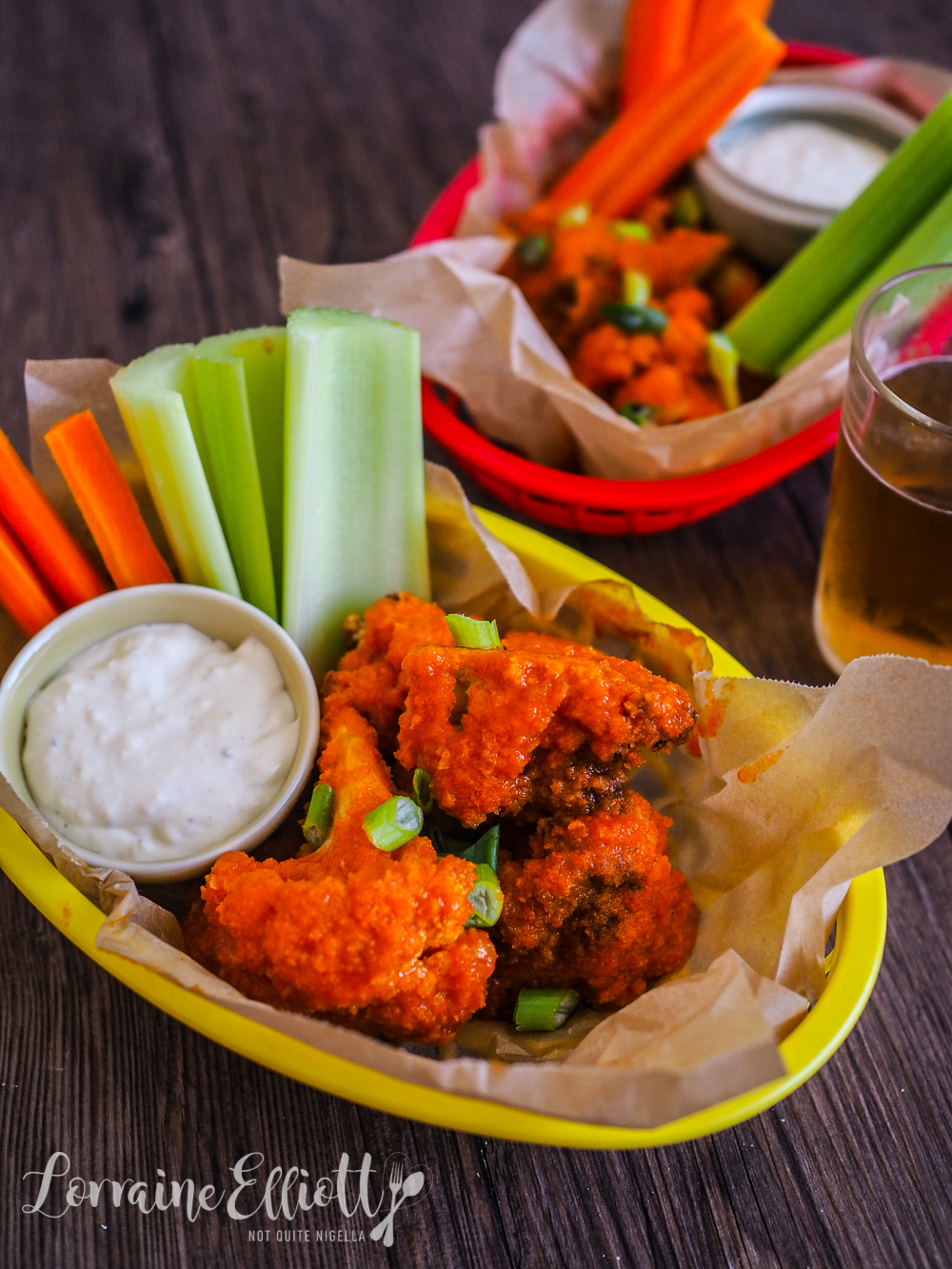 Their bond is so tight that we've asked them both, "Are you going to Grace and Frankie us?" to which they both laugh but don't deny it (this post is going to bite me in the ass if it ever happens).

Admittedly I have occasionally stolen a look at the messages that they send each other. The last one involved Garth describing to Mr NQN how he had used the dog shampoo on his hair for a week instead of human shampoo. So they're not so much Grace and Frankie, more Beavis and Butthead ;)

So tell me Dear Reader, do you like hot wings? Would you give these cauliflower versions a go? And how often do you deep fry food? 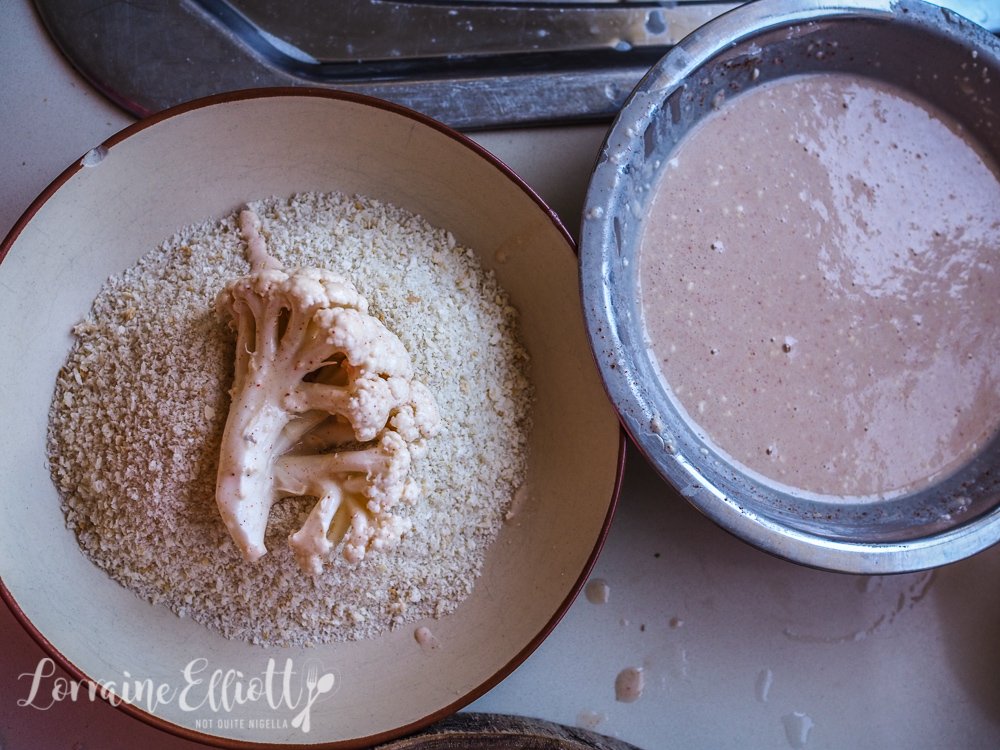 Step 1 - Preheat oven to 190C/380F if you are baking or have a deep fryer ready if you want to deep fry these. Line two trays with parchment. Cut the cauliflower into large chunks/florets about the size of a chicken wing. In a food processor, whizz the flour, milk, water, salt and paprika. Pour into a bowl and then place the panko breadcrumbs into another shallow bowl. Dip the florets into the milk slurry, allow to drip and then roll in the breadcrumbs. You can either deep fry these or bake these. To bake these drizzle them with some oil and bake 20 minutes while deep frying will be much faster removing the cauliflower when golden. 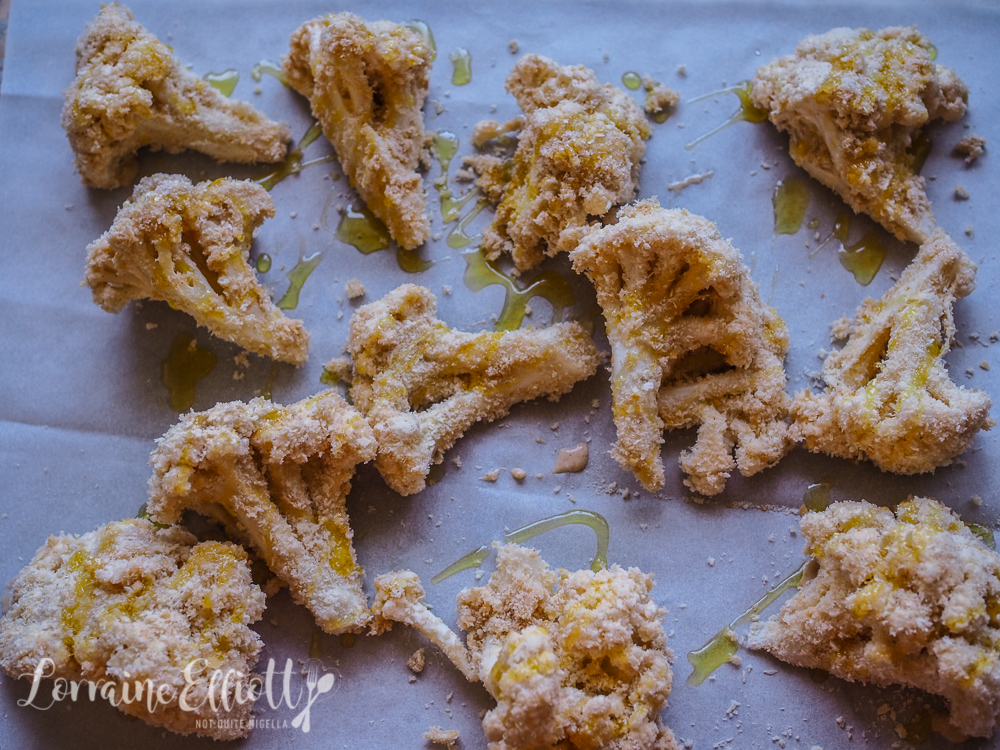 Step 2 - Make the hot sauce. Place the hot sauce, butter and honey in a small saucepan and melt the butter. Simmer with the lid off for 6-8 minutes or until thickened. 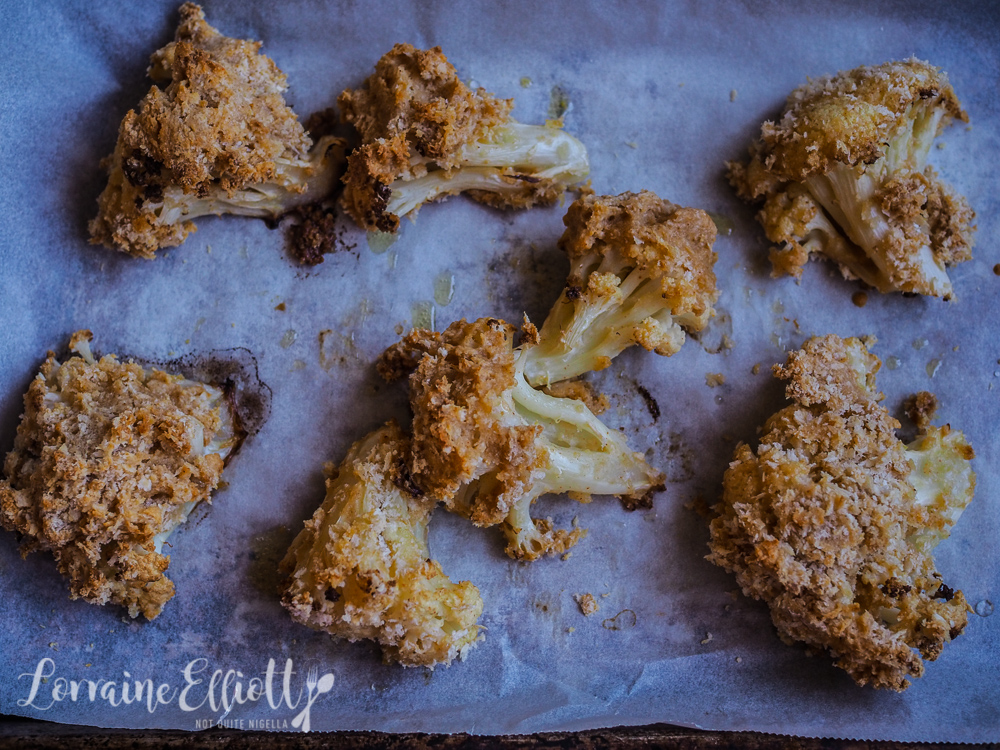 Step 3 - To make the blue cheese dressing place all of the ingredients (sour cream, gorgonzola, mayonnaise, garlic and lemon juice) in a food processor and whizz to combine until smoothish in texture (the blue cheese does give it some texture). Season with salt and pepper. 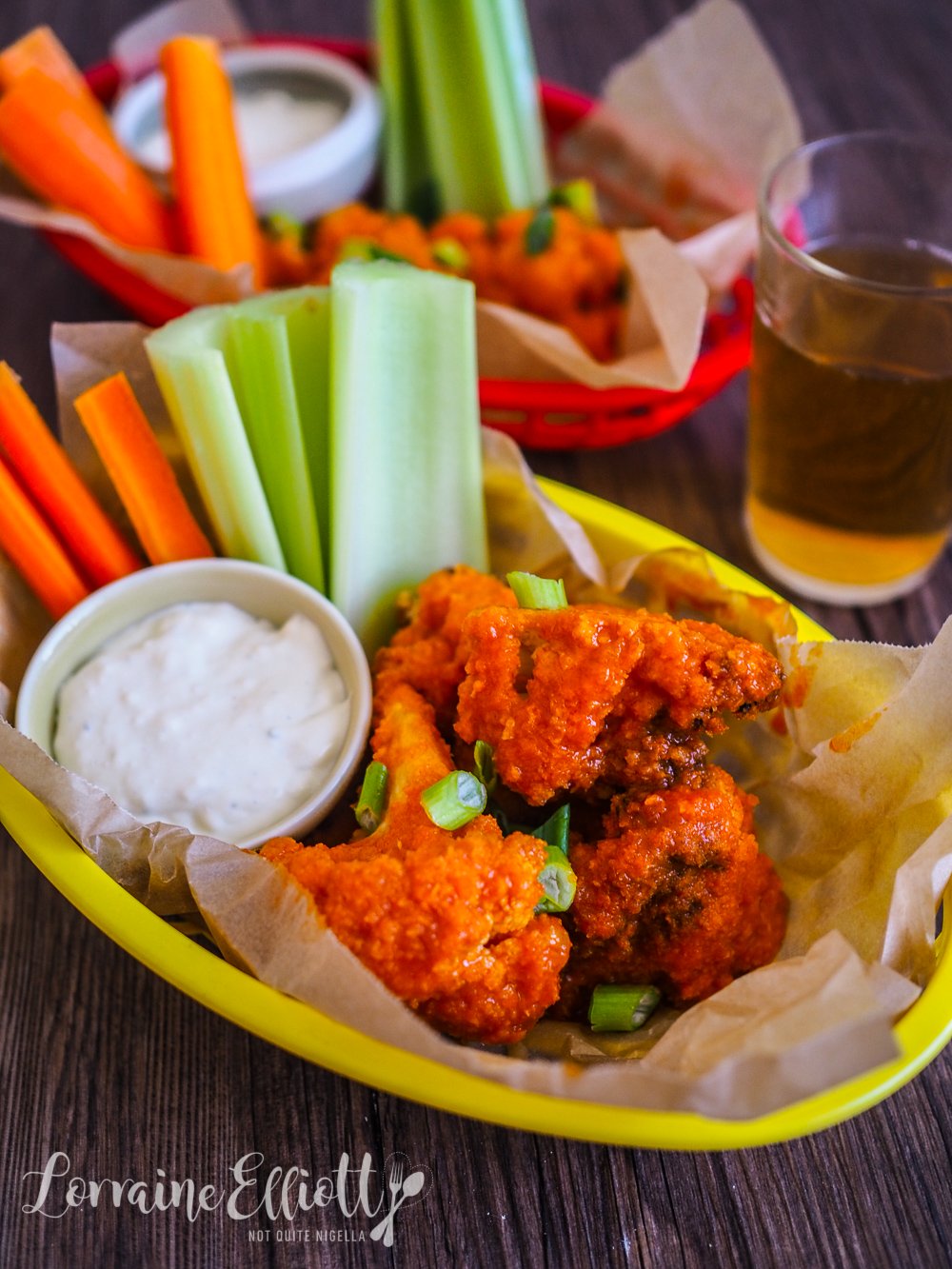 Step 4 - Roll the cauliflower florets in the hot sauce and then serve with blue cheese dip and celery sticks.